Empowered girls can change the world for the better

Empowered girls can change the world for the better 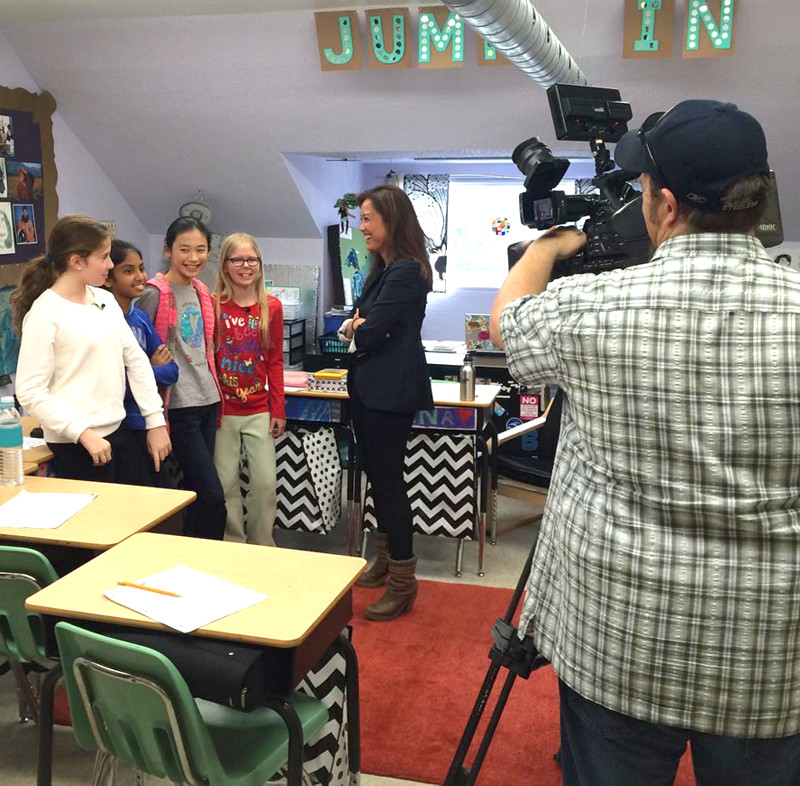 "Although this project got a lot of recognition, it is just one of the countless ways in which the Linden community works together to show girls that their voices matter. Each day, girls build the social and academic skills needed to analyze problems, propose solutions, and 'speak truth to power.' I'm constantly proud and amazed of what Linden girls accomplish."

This year our Grade 6 students undertook a unique project for the school's Social Justice Data Fair (SJDF). They had all noticed for some time now how Pleasant Boulevard, the street behind our school, seemed to have more jaywalkers than cars. Since our SJDF inspires students to seek ways to problem-solve issues and understand the world around them through the lens of math and data, it was only a matter of time before the girls decided to devote their SJDF project to a study of traffic patterns on Pleasant Boulevard. As the project evolved, and the collected data began making sense, it was time to invite City Councillor Josh Matlow to weigh in. The Councillor's visit attracted media attention via Twitter, and resulted in two stories by the Toronto Star and Global News. Our students are now eagerly awaiting news from Josh Matlow, who has promised to raise the issue with City Council.

Excerpt from the students' presentation to City Councillor Josh Matlow:

We are different from other schools because we make sure that girls have a voice. We think that this is important because girls did not always have a say. We created a project for our Social Justice Data Fair which is meant to raise awareness, have fun, and use math, science, and English skills. Our Pleasant Boulevard Traffic Study shows that jaywalkers use the road more often than vehicles do. Some days at different times, there are different numbers of vehicles and jaywalkers. But there are almost always more jaywalkers than vehicles.We took our data and turned it into various graphs which show similar data in different formats. There is a difference between all of the graphs. For example, the double-line graph shows each day and the differences between days.The pie graph shows all of the days together. The scatter plot compares the number of vehicles to the number of people.