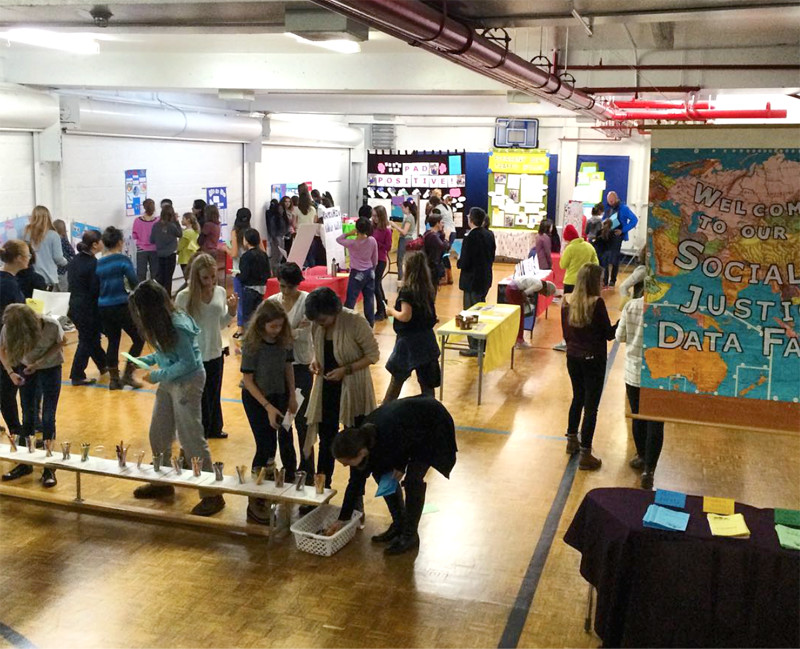 Linden hosted yet another highly successful Social Justice Data Fair on October 22, 2015. The fair showcases our interdisciplinary approach to teaching math, science, and humanities while including topics of social justice within the curriculum. For this fair, students are encouraged to study social issues they are concerned about by using their data management skills. Students start every project by asking questions, followed by collecting evidence through data.

This year our Grade 3 and 4 students were most excited about the Social Justice Data Fair and started preparing for it weeks in advance by designing a project that involved litter-less lunches. They encouraged the entire school community to bring litter-less lunches to school, and diverted all waste left behind to their classroom vermicomposter. How much food were they able to divert? During the Social Justice Data Fair they revealed the results of their litter-less lunch campaign. They found out that by encouraging students to compost leftover fruits and vegetables, they helped divert 1.7 kg of waste in just one week! Not only were the worms in their classroom vermicomposter well fed, but the class's curiosity was also satisfied! 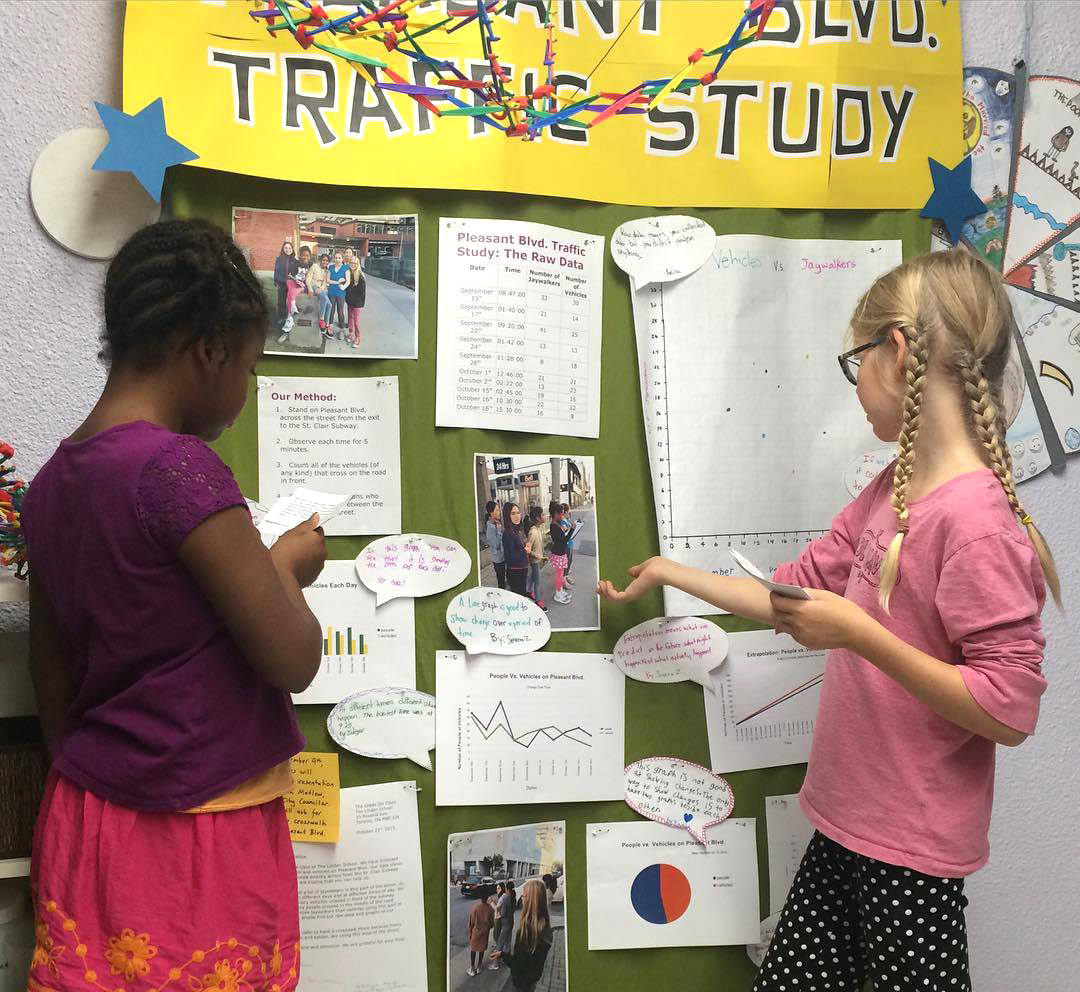 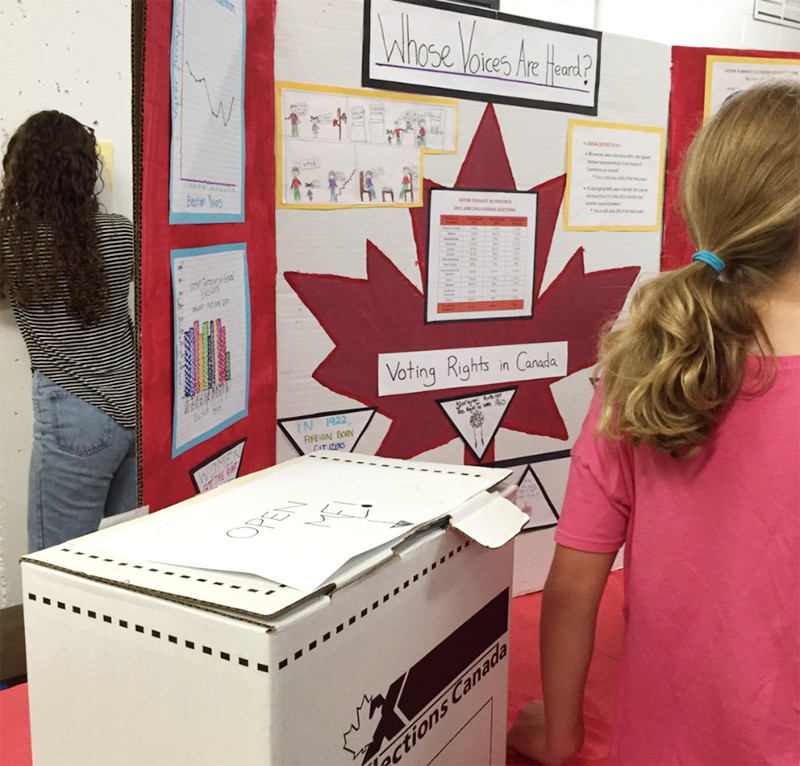 Students examined the history of voting rights in Canada after participating in Student Vote 2015. 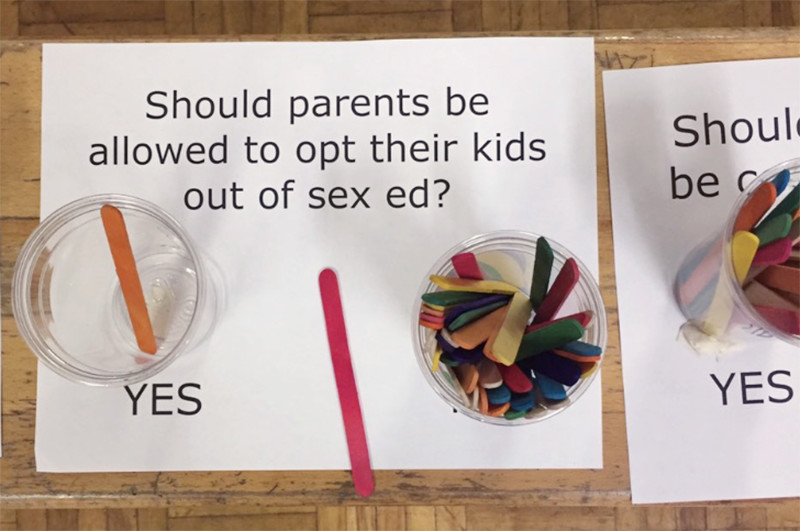 Thought-provoking questions were presented to students and families participating in the fair. 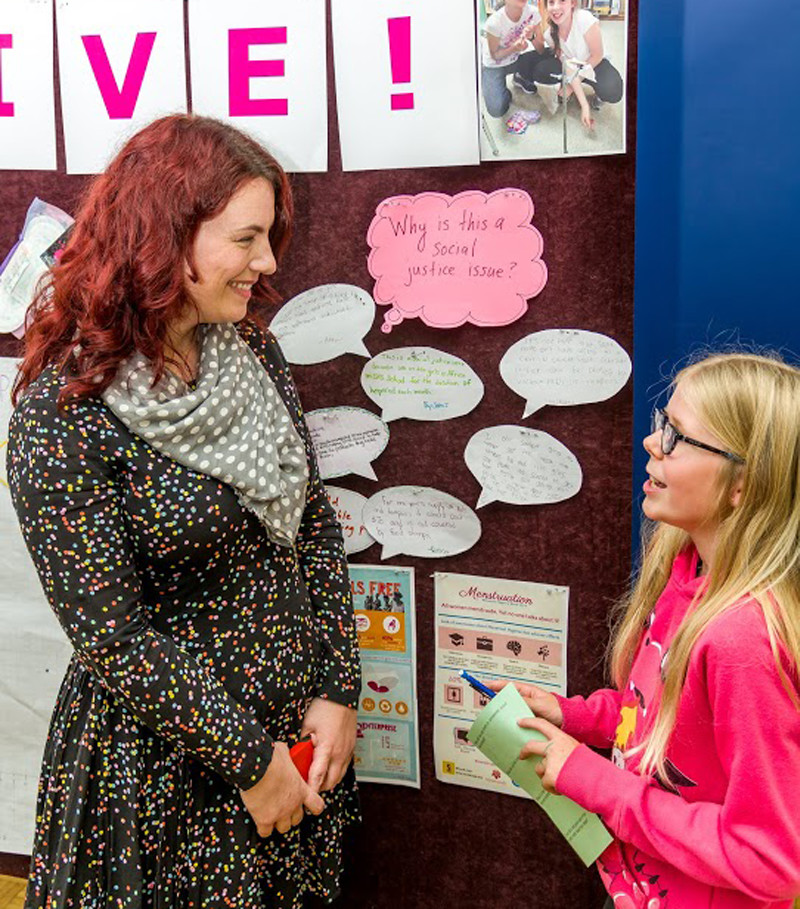 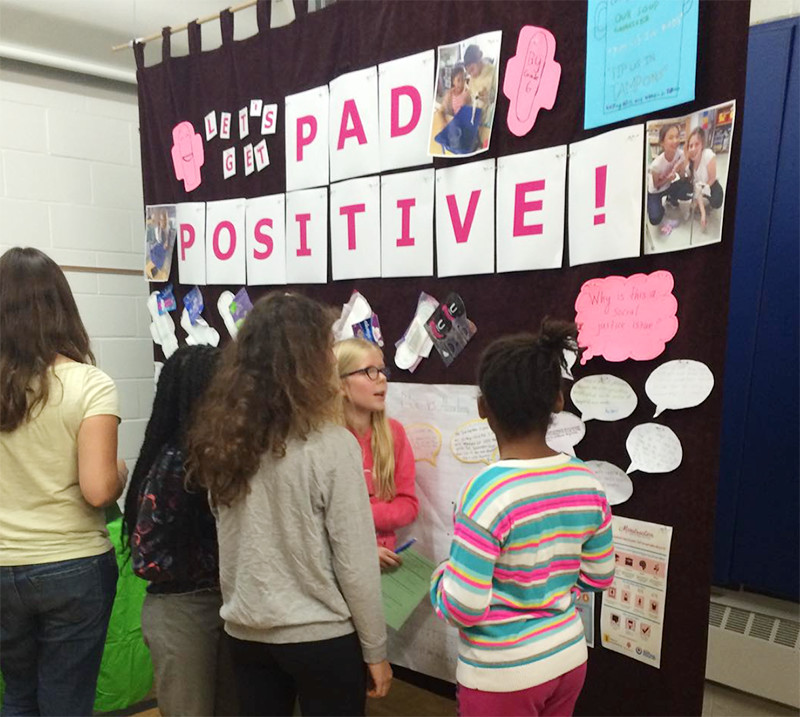 A popular topic for all: which menstrual pad is the best? 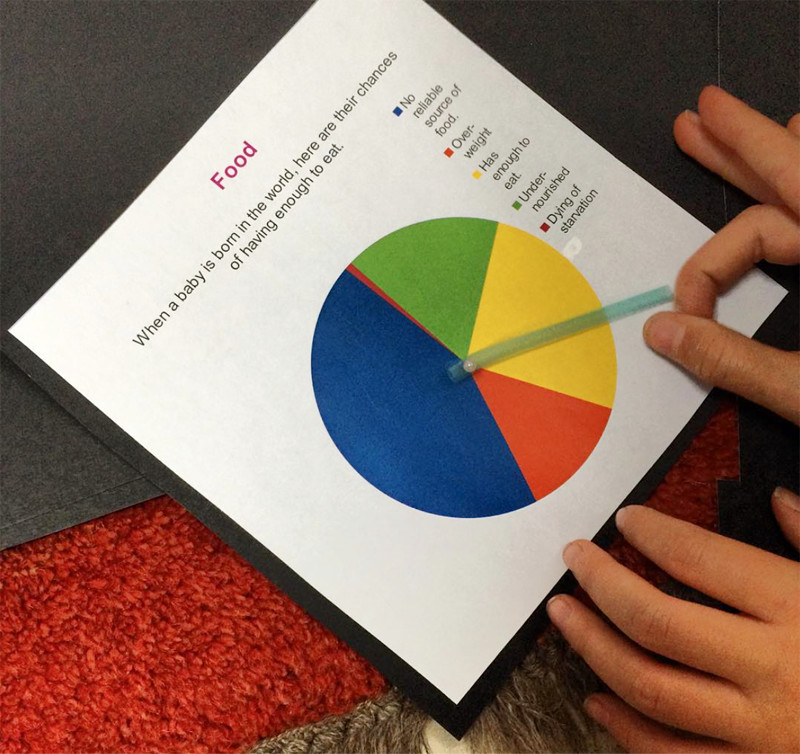 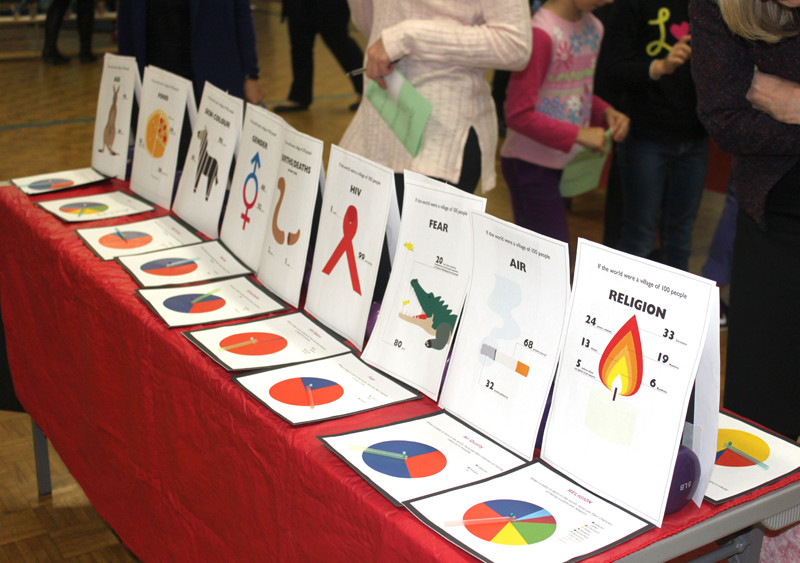 A series of spinners that represent chances of being born with different privileges kept visitors busy at the fair.