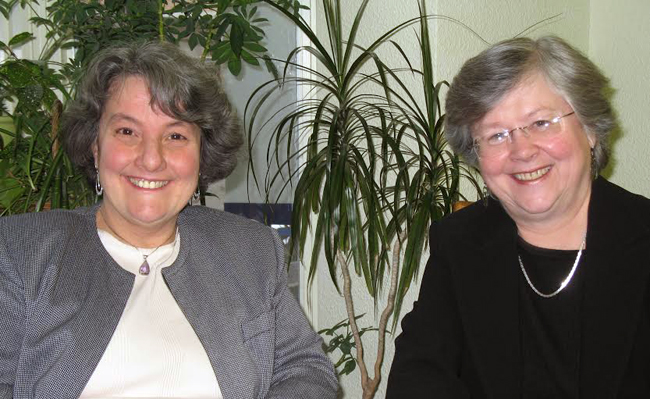 The Linden School was co-founded by Diane Goudie (MA, MEd, LLD) and Eleanor Moore (MA, MEd, LLD), and opened its doors to 37 students in 1993. After many years in both the public and private school systems, including positions as teachers and administrators at an established independent girls’ school, Eleanor and Diane grew concerned that these schools were not meeting the needs of today’s young women, and they decided it was time to start a school of their own.

Diane and Eleanor spent a year conducting research. First, they visited The Emma Willard School, the site of Harvard psychologist Carol Gilligan’s ground-breaking study which became the basis for the book, Making Connections, an instrumental text for the modern girl-centred education movement. They spent time with Peggy MacIntosh, head of Wellesley College’s Center for Research on Women, and asked for her views on opening a school entirely devoted to the learning needs of girls. They interviewed leading researchers in the area of girl-centred education. Back in Toronto, Diane and Eleanor found key supporters who were willing to help make this dream come true, including the generous and unflagging support of philanthropist and activist, Senator Nancy Ruth.

Diane and Eleanor’s work came to fruition in September 1993, when Linden opened its doors to girls from Grades 4 to 9, at 10 Rosehill Avenue, a house- turned-school near the corner of Yonge and St. Clair.

Diane and Eleanor’s courageous move was long overdue. Linden was the first school designed specifically to put the considerable research and theory about girls’ learning styles and development into practice. Linden’s founders incorporated this theory into all aspects of the school’s structure and programming, from the procedures of its Board of Trustees to the physical set-up of each classroom.

Diane and Eleanor were recognized for their groundbreaking work in girls’ education with an Honorary Doctorate from York University in 2007, a landmark year for Linden as the school celebrated its fifteenth birthday. (Read excerpt from Diane Goudie's speech at York University.)

Today, The Linden School stands as a testimony to its founders’ determination. In June 2019, Diane and Eleanor received a 2019 Women of Distinction Award by YWCA Toronto for their contributions to feminist pedagogy, with the following recognition:
"In making the grand vision of a progressive, girl-centred school guided by feminist principles of social justice and intellectual risk-taking, Diane and Eleanor have created a formidable ripple effect in Toronto’s educational landscape."