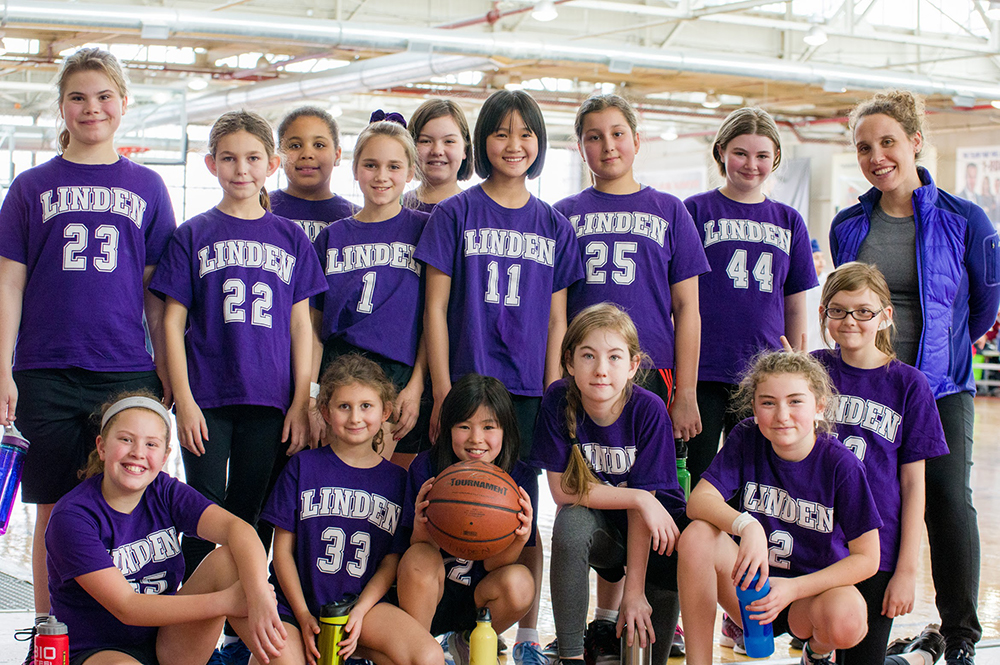 The U12 Basketball team had a slam-dunk of a season that wrapped up last Wednesday. The girls have been honing their skills and plays at practices after school since December, and all of their hard work was apparent in their level of play at the co-ed season's end tournament at the Hoop Dome.

The girls took a lot of pride in being the only all-girls team at the tournament. With plays called "POWER" and "HOUSE" it was apparent they were feeling very confident on the court with what they have learned at practice and thrilled to showcase what an all-girls team can do. Compliments from spectators, other coaches, and referees all reinforced we were successful in our goals: playing as a team who displays trust in each other, confidence in our positions, a fierce desire to rise to any challenge, and focus on representing ourselves and our school with Linden Nation spirit while having a blast. #sportsarefun

At the end of the day, after some scrappy basketball, lots of sweat and smiles, and so many fantastic post game huddle observations we packed up our bags with our heads held high, pride in our hearts, some tired muscles, and already looking forward to next year.

Thank you parent drivers and Soteira for joining us on the day and cheering the team on. A big THANK YOU to our Linden athletes — you represented Linden with such spirit and class, and I'm certain you inspired many other girls on the court that day. #proudcoach