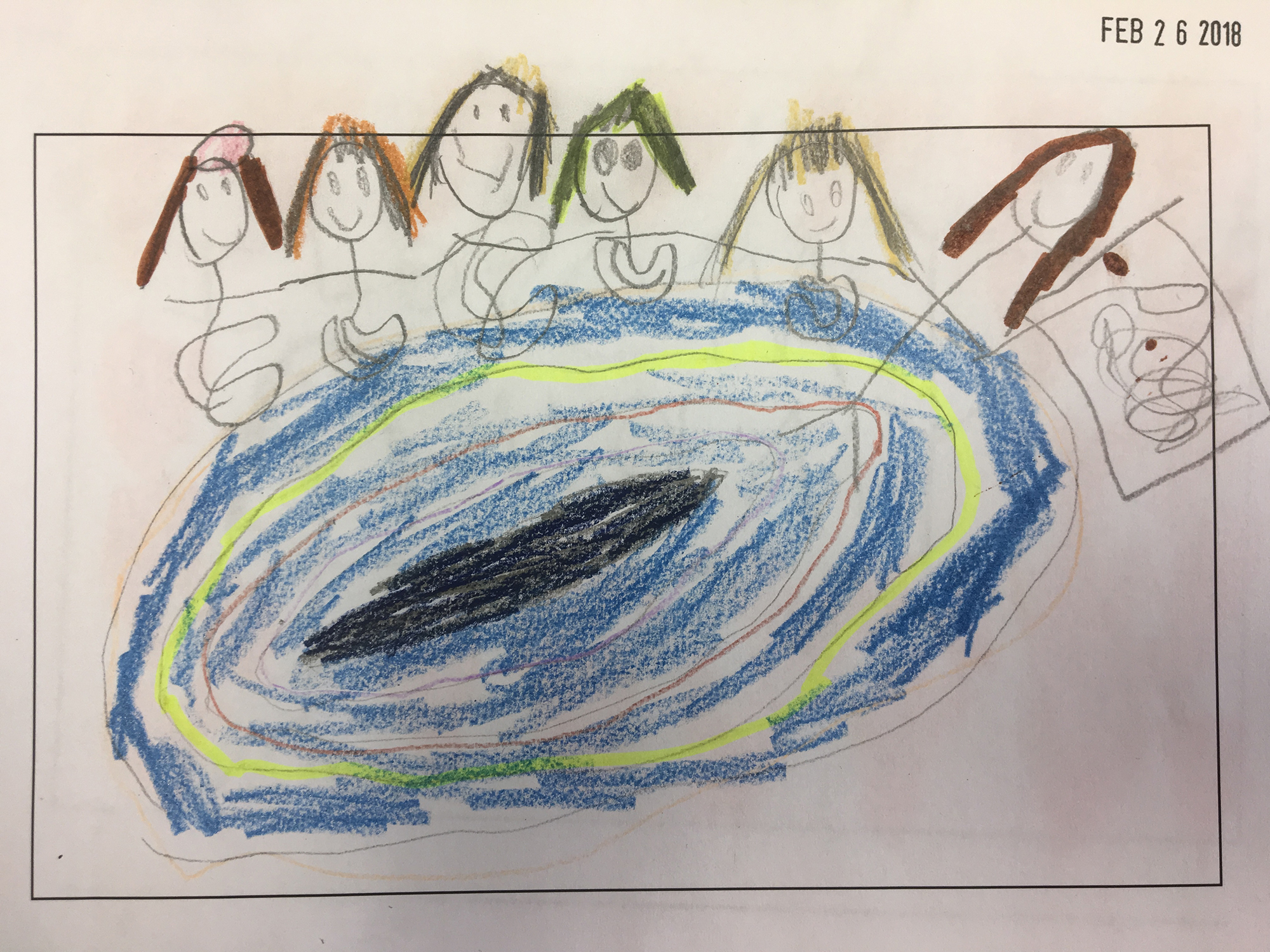 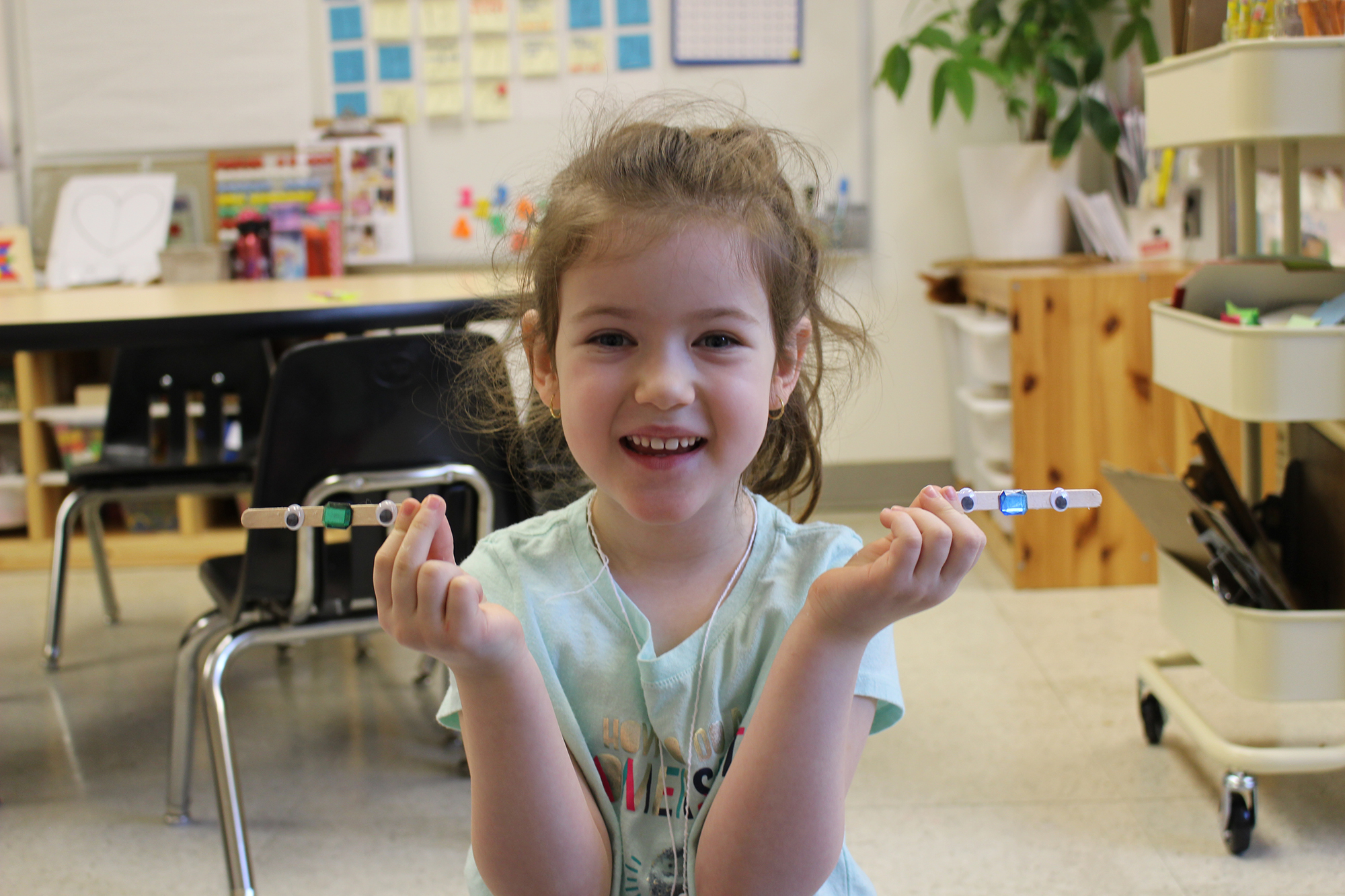 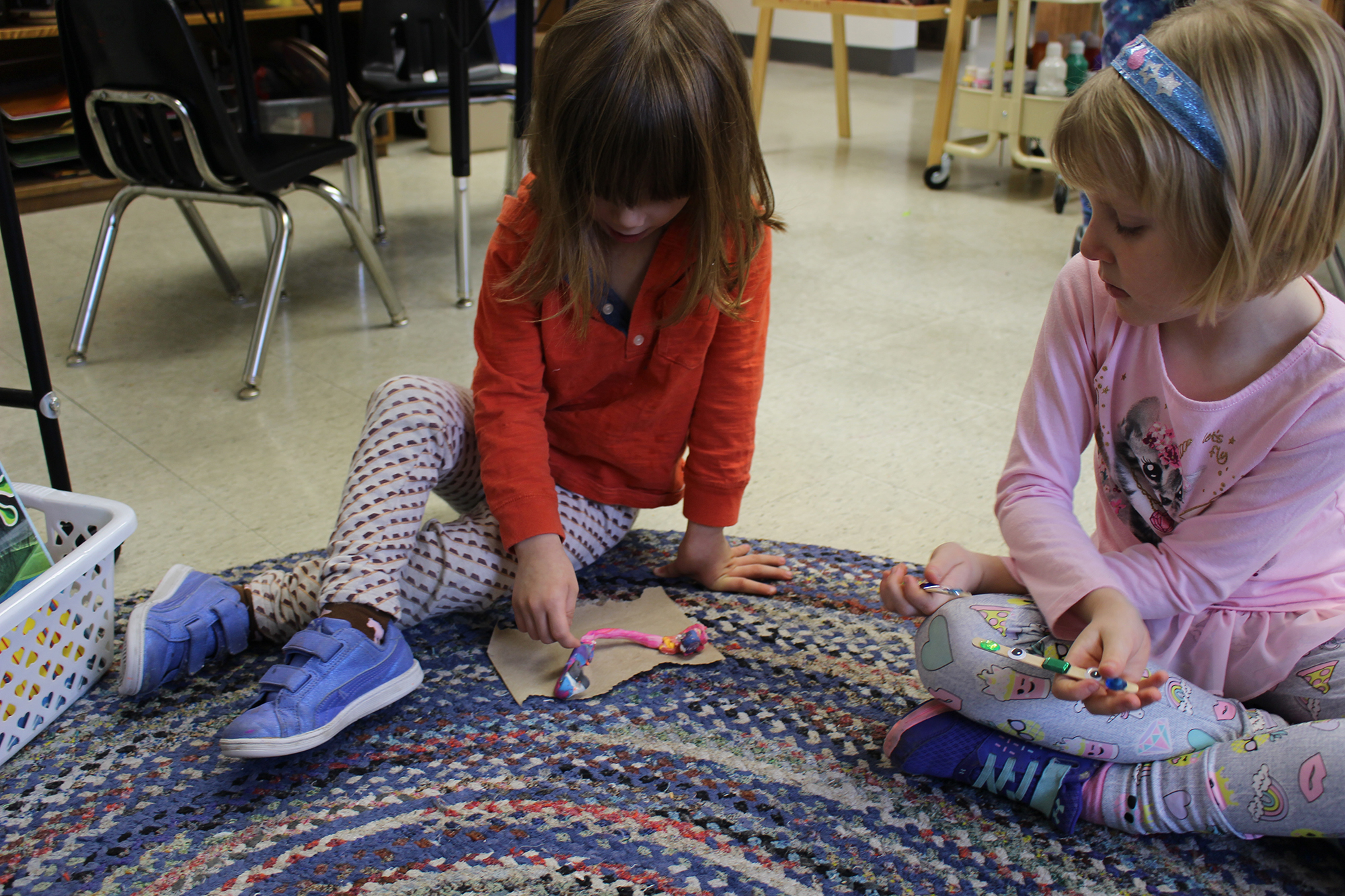 "Me and A were sharing of things that we made. A made a mermaid and I made a friend, close to K's. The names are Sea and Pollen. It was so great." - G

"I was making a mermaid and it was so hard. First I thought I could make a snail, then I changed my mind to a mermaid. It was pretty rough and pieces were falling off." - A 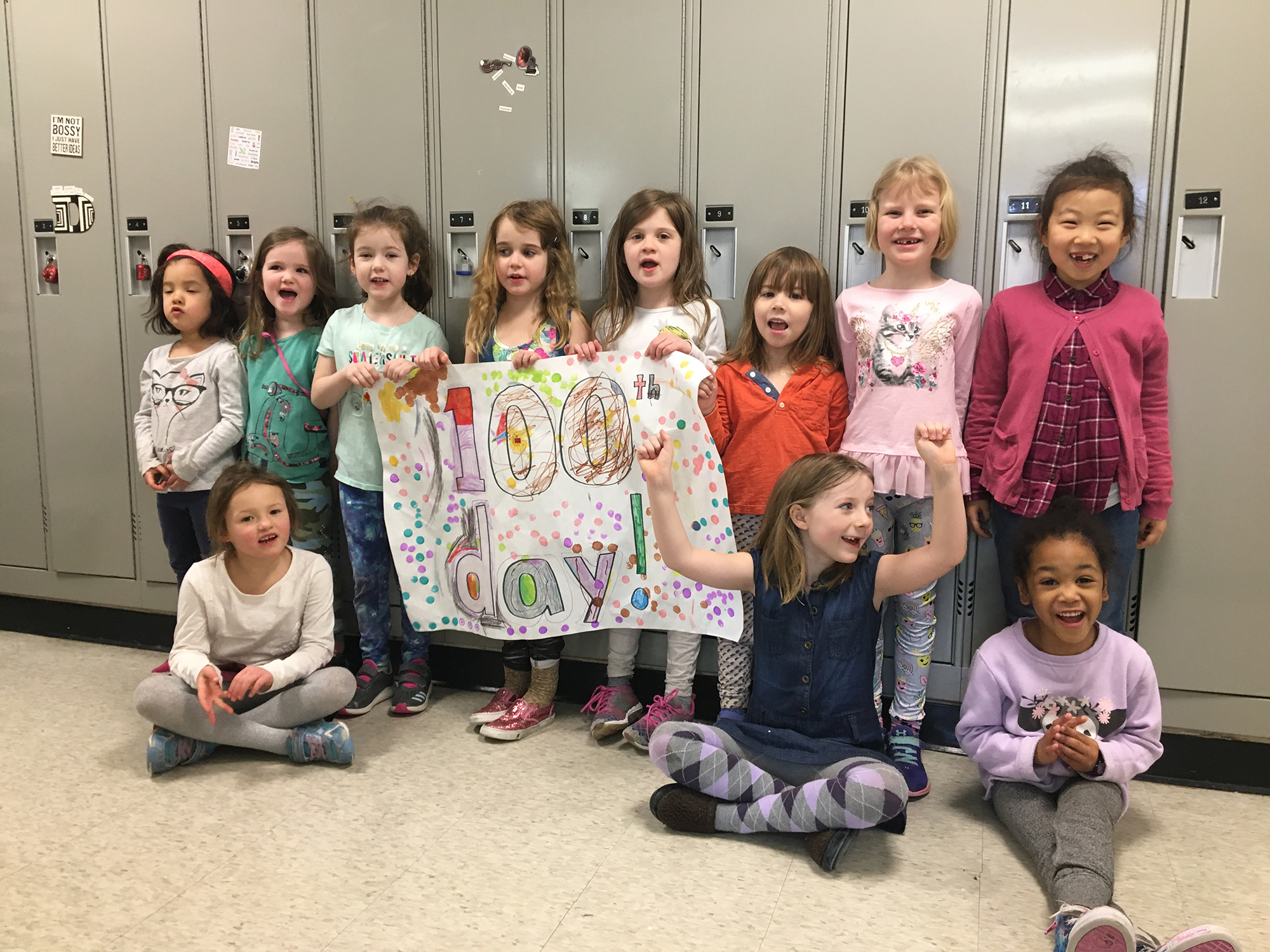 "The grade 1-2s and my class were holding a poster because it was the 100th day. I loved it and I was wearing a big smile." - G 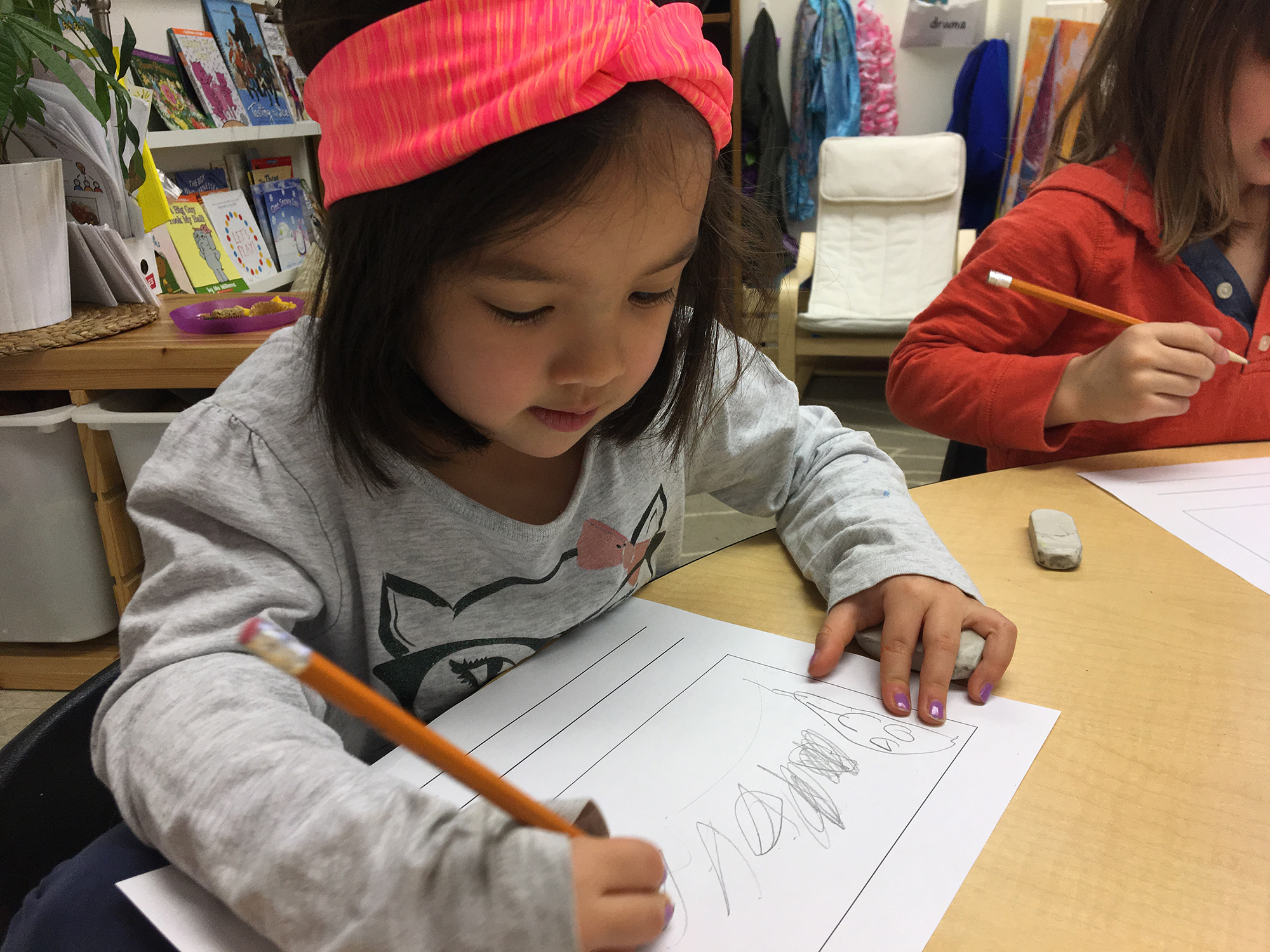 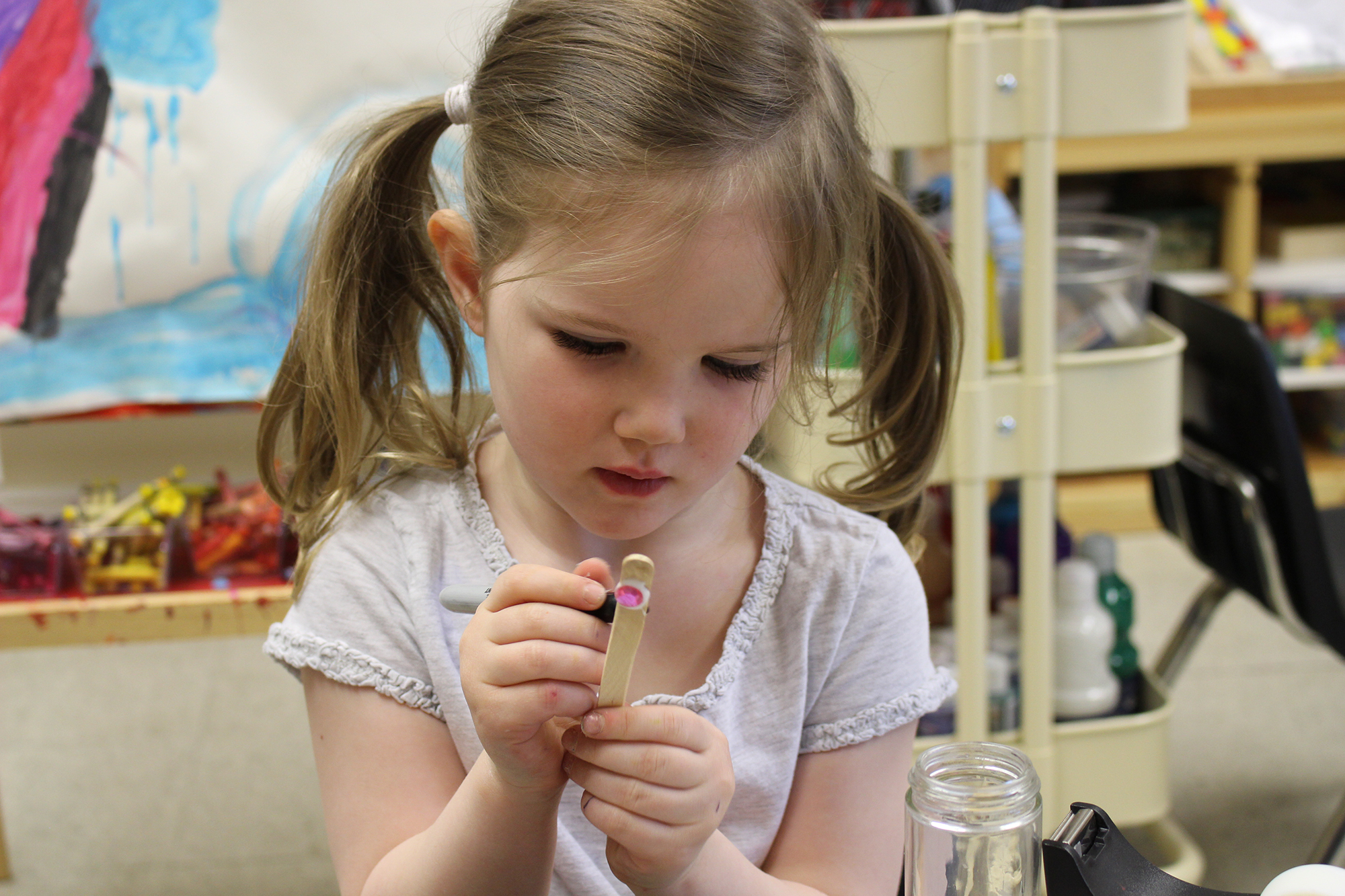 "I'm making with some glue at Art, something like K and G. We were making something with gems." - P 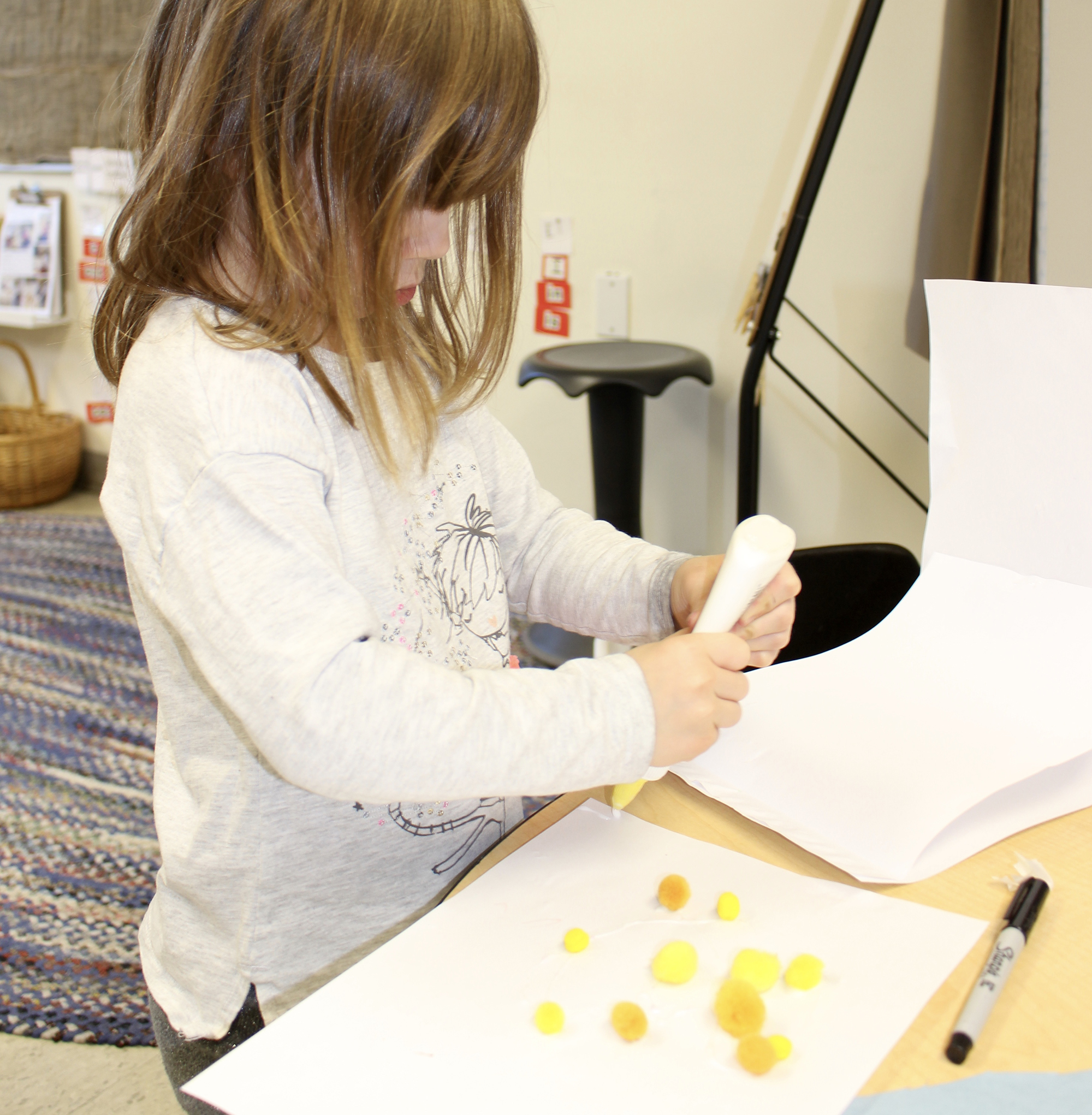 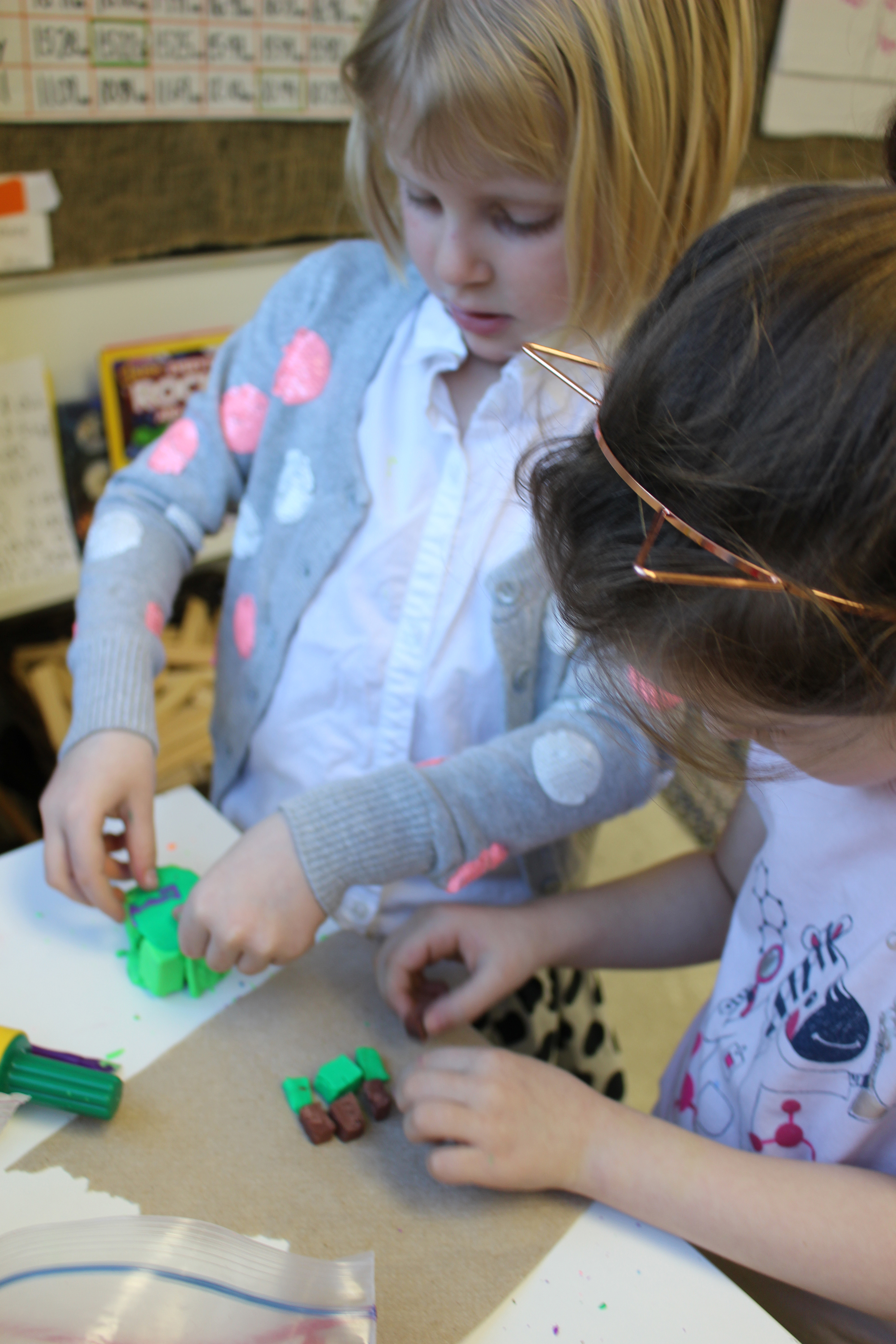 "I was building the same thing as Grace. I was making a snail village. She liked the rain because it helped her baby and the village grow." - K 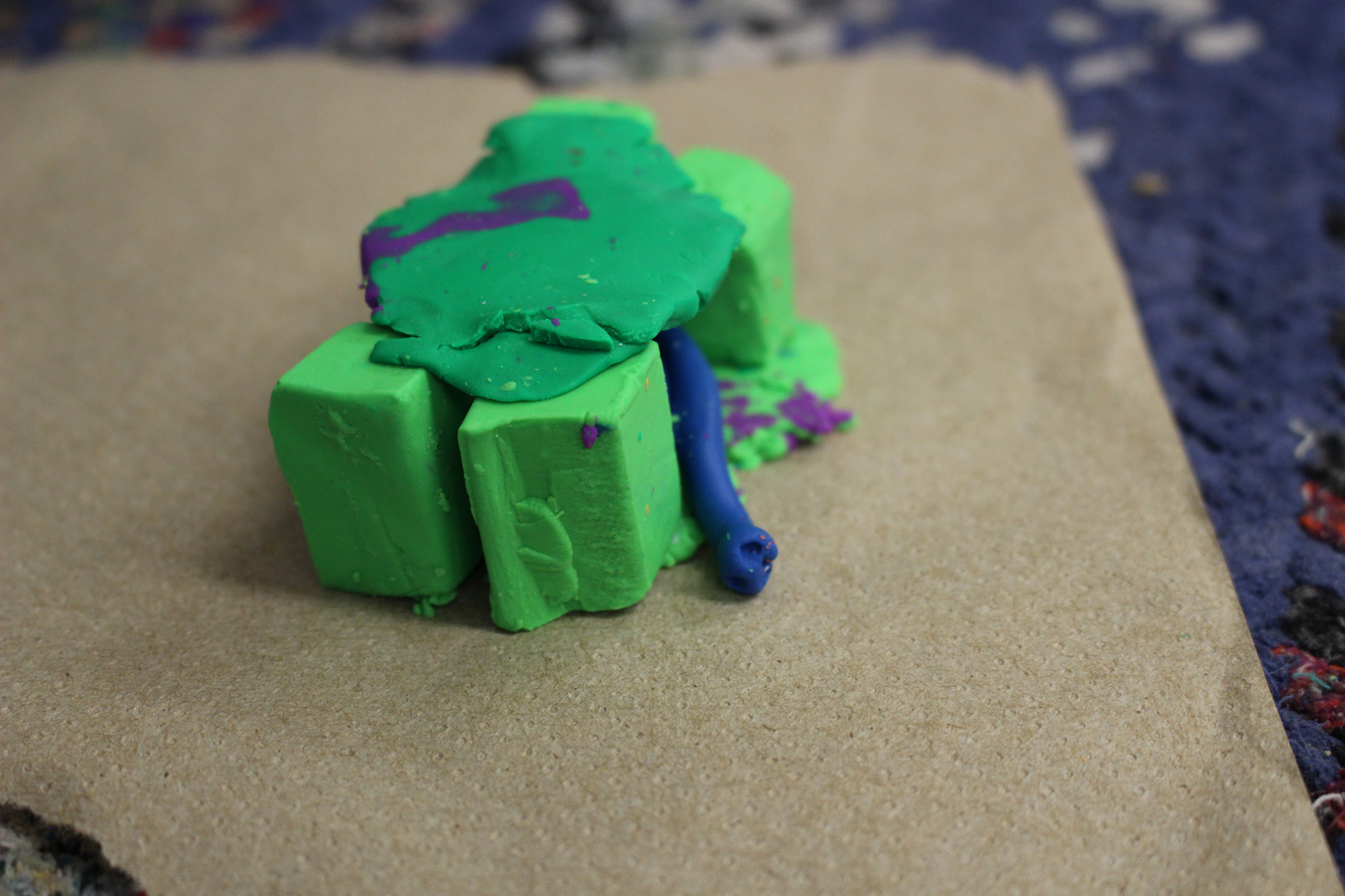 "G made a snail with plasticine and it was blue. G rolled it and put the top on." - N 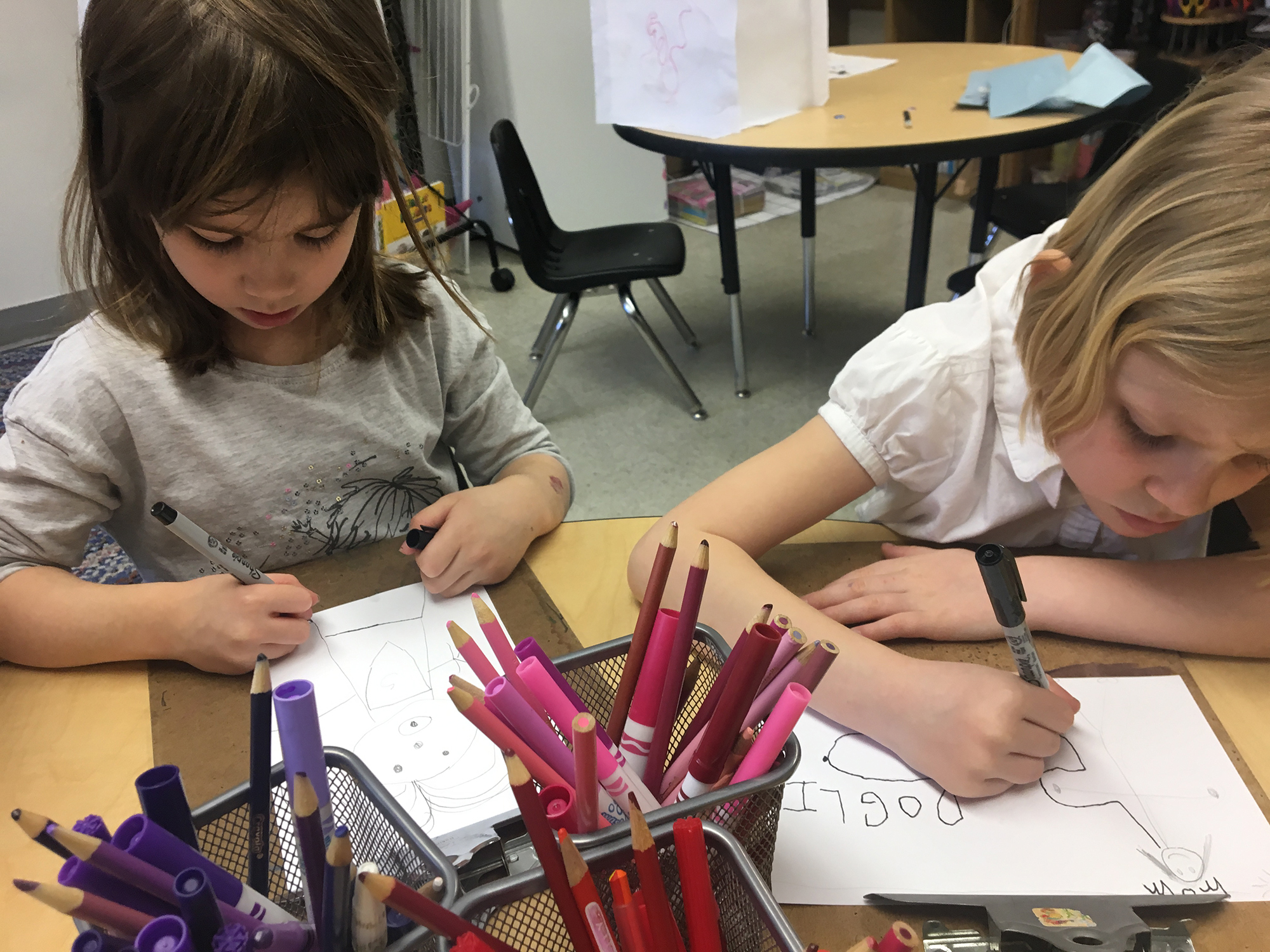 "I was drawing people who we know who are strong who are ladies. I dragged my mommy and my dog Lilly. A drawed Supergirl, the picture was like "oh no" because the town was in trouble." - G 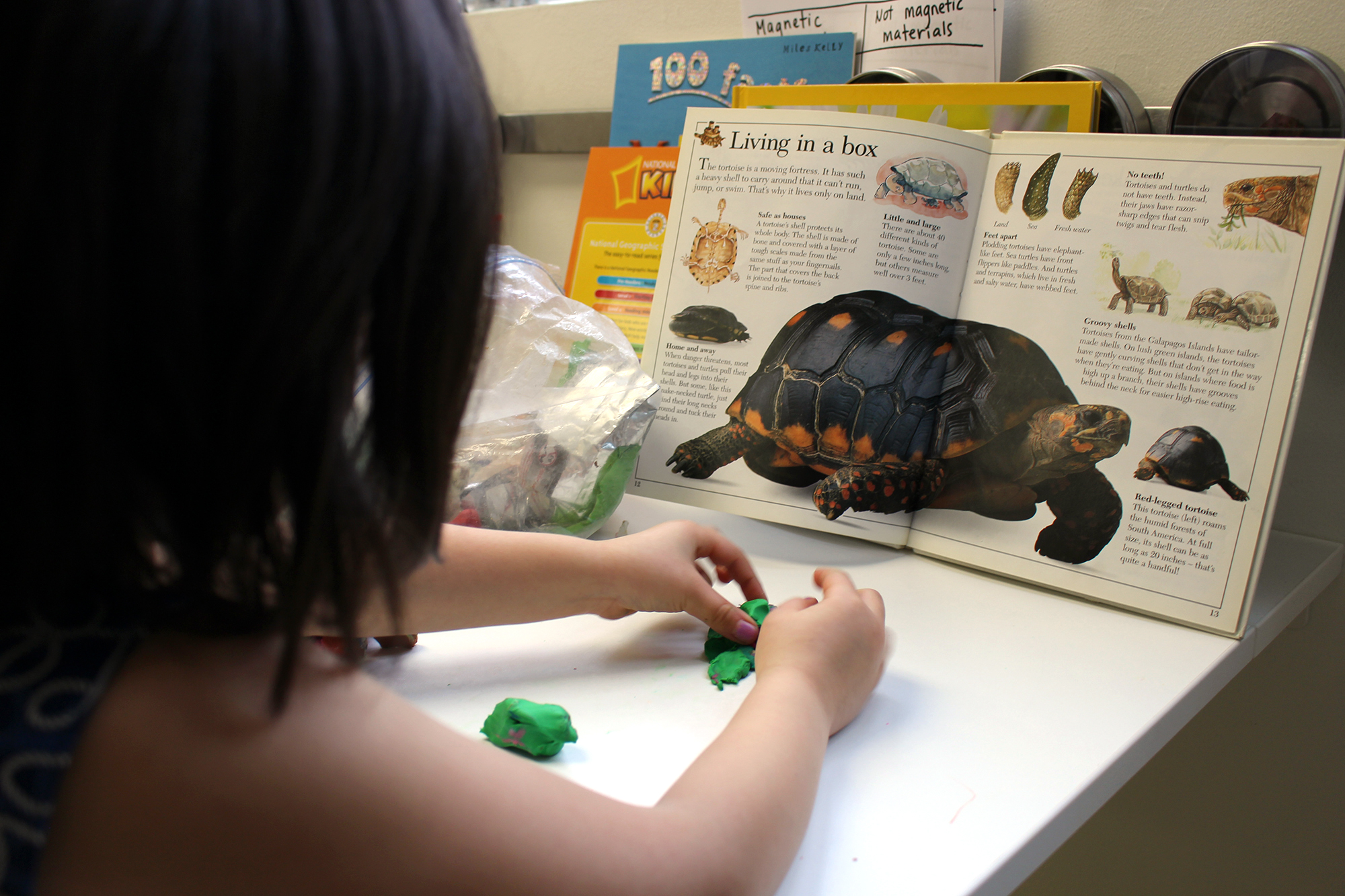 "I was using plasticine. I pulled it and made a turtle. I made another part. My turtle was really tiny, he doesn't have a friend or big sister yet." - N 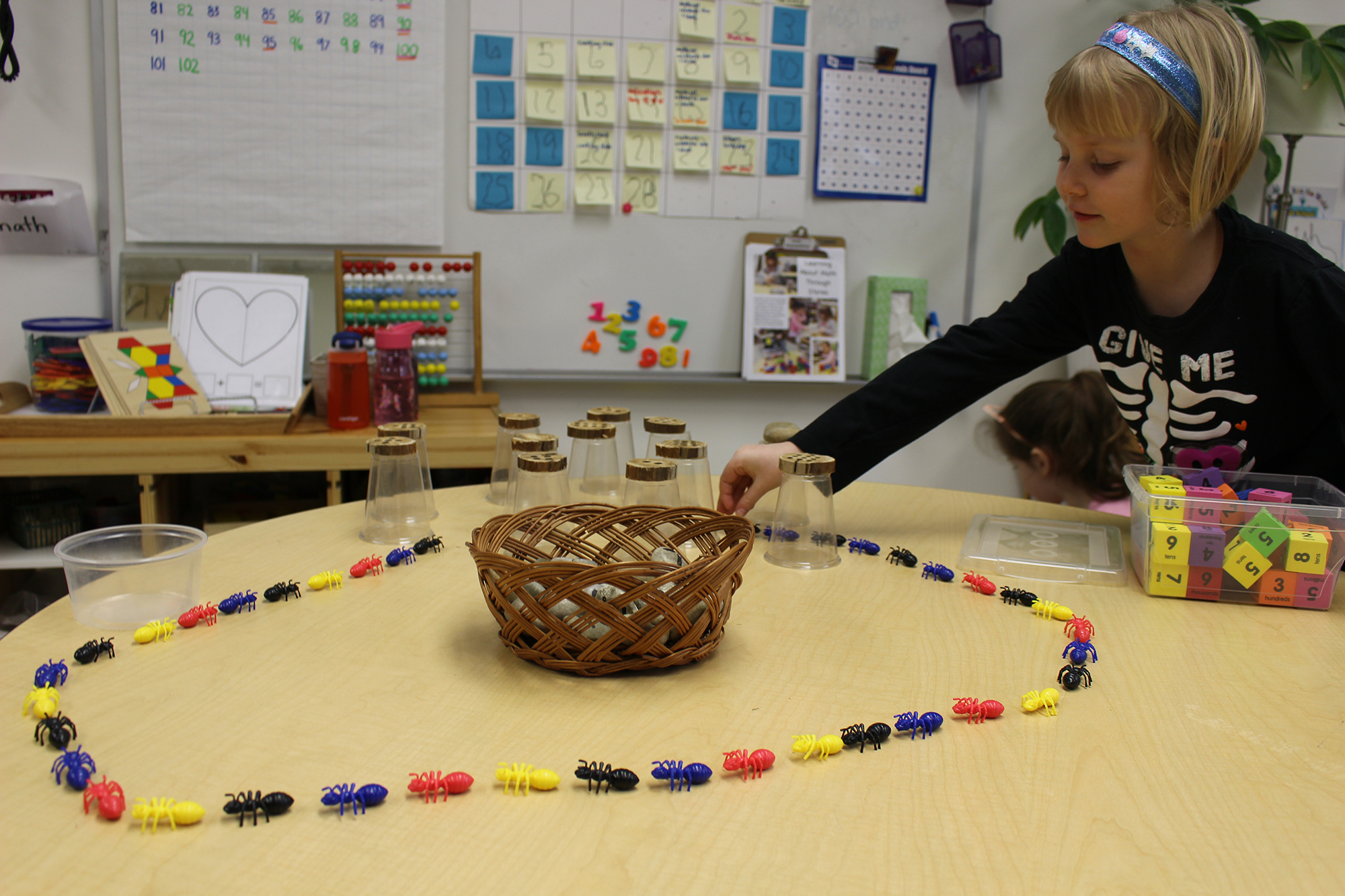 "I was making an ant village. The ants were going in both directions to a hill that got destroyed. I put clear cups and block numbers on top so they know which number it was, and then I made keys for the ants." - G 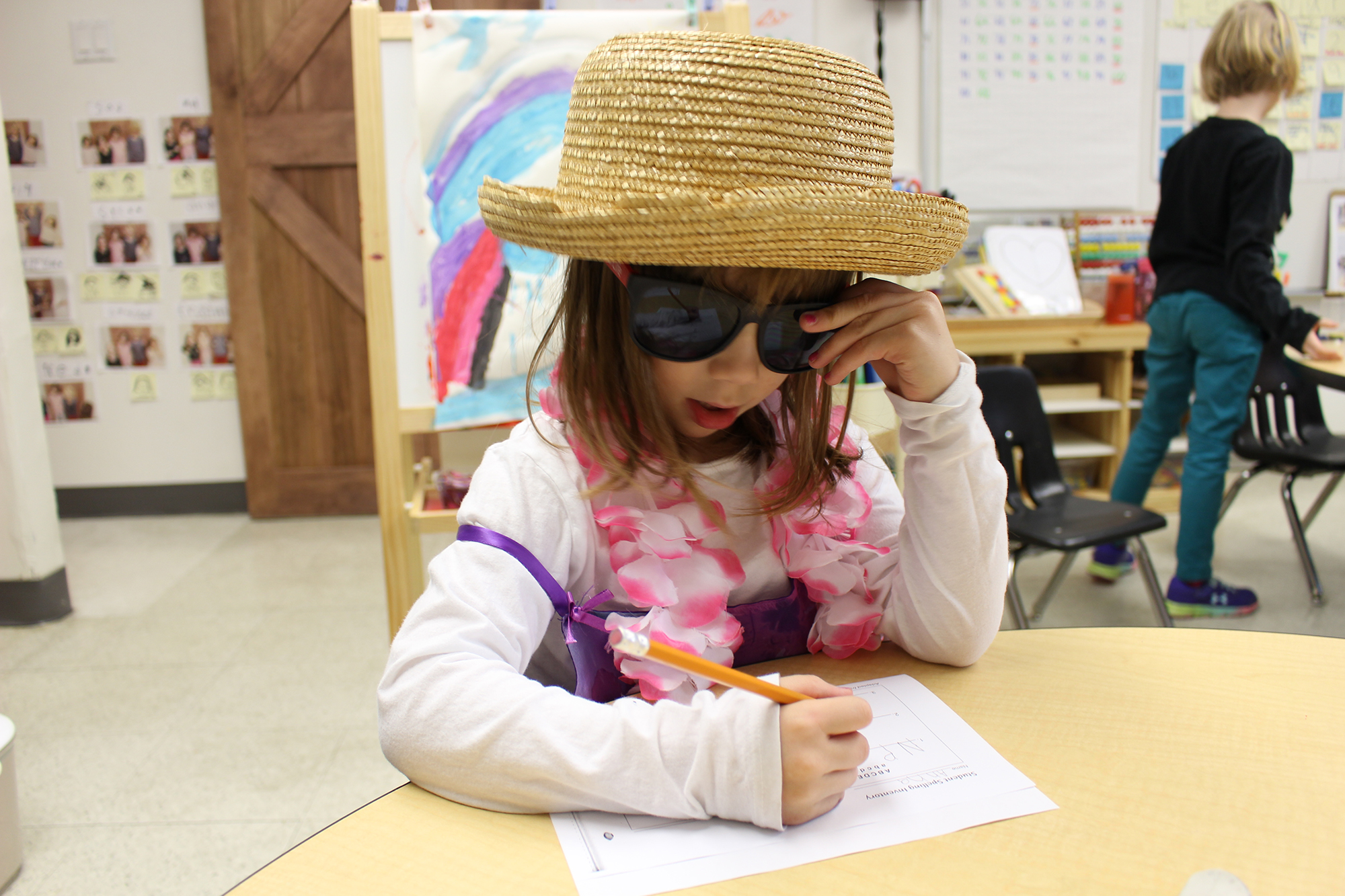 "A was pretending to be a pregnant mom. She was writing something and wearing fancy sunglasses and a hat." - K

"I was wearing a necklace and not many people came to my library." - A 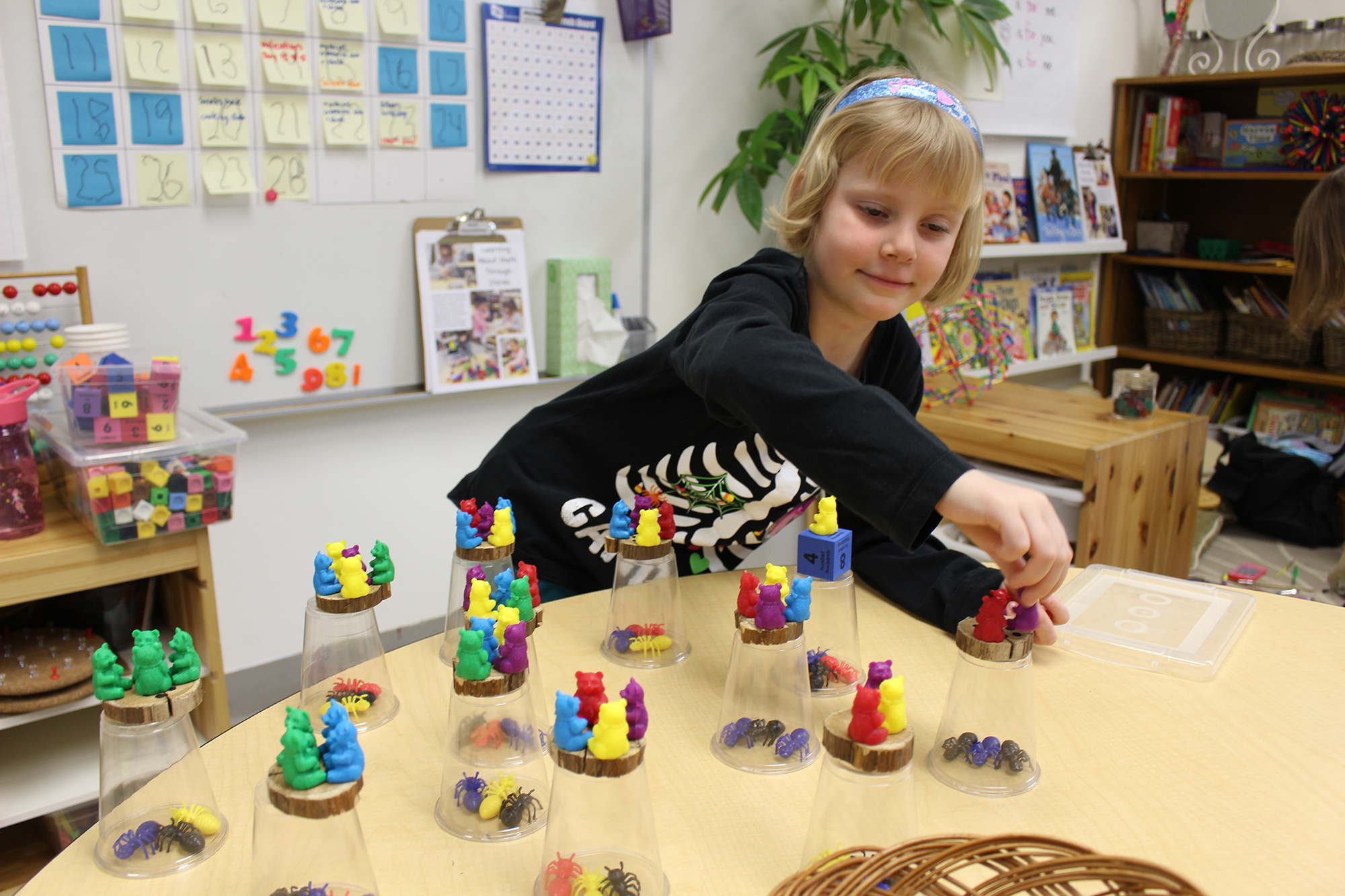 "G was building a bear farm and she put the ants under and bears on top to keep the ants safe." - K

"The bears were talking, not protecting the ants. They kept falling off but I put them back on." - G 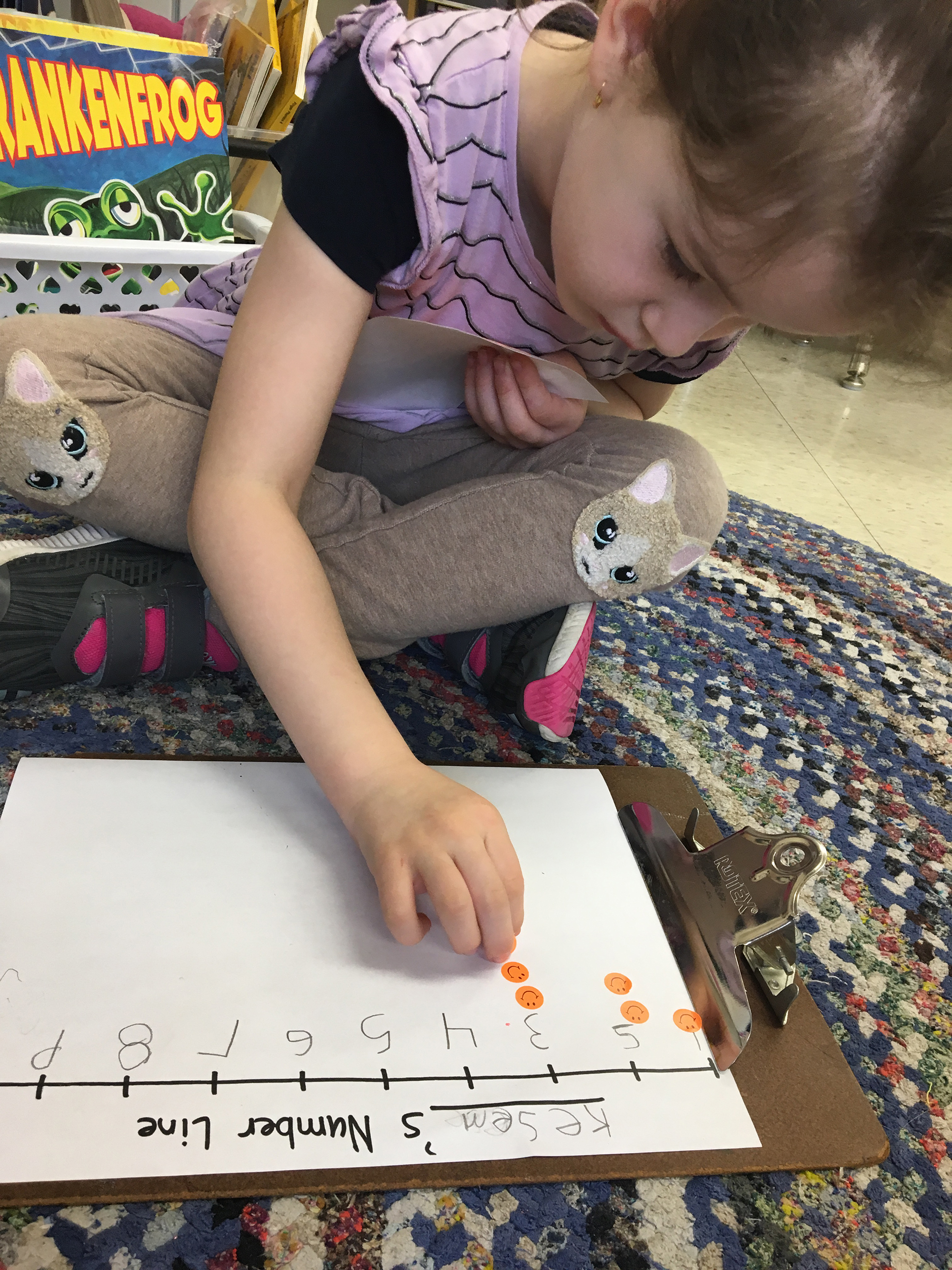 "K was making a number line using stickers to follow the numbers." - P 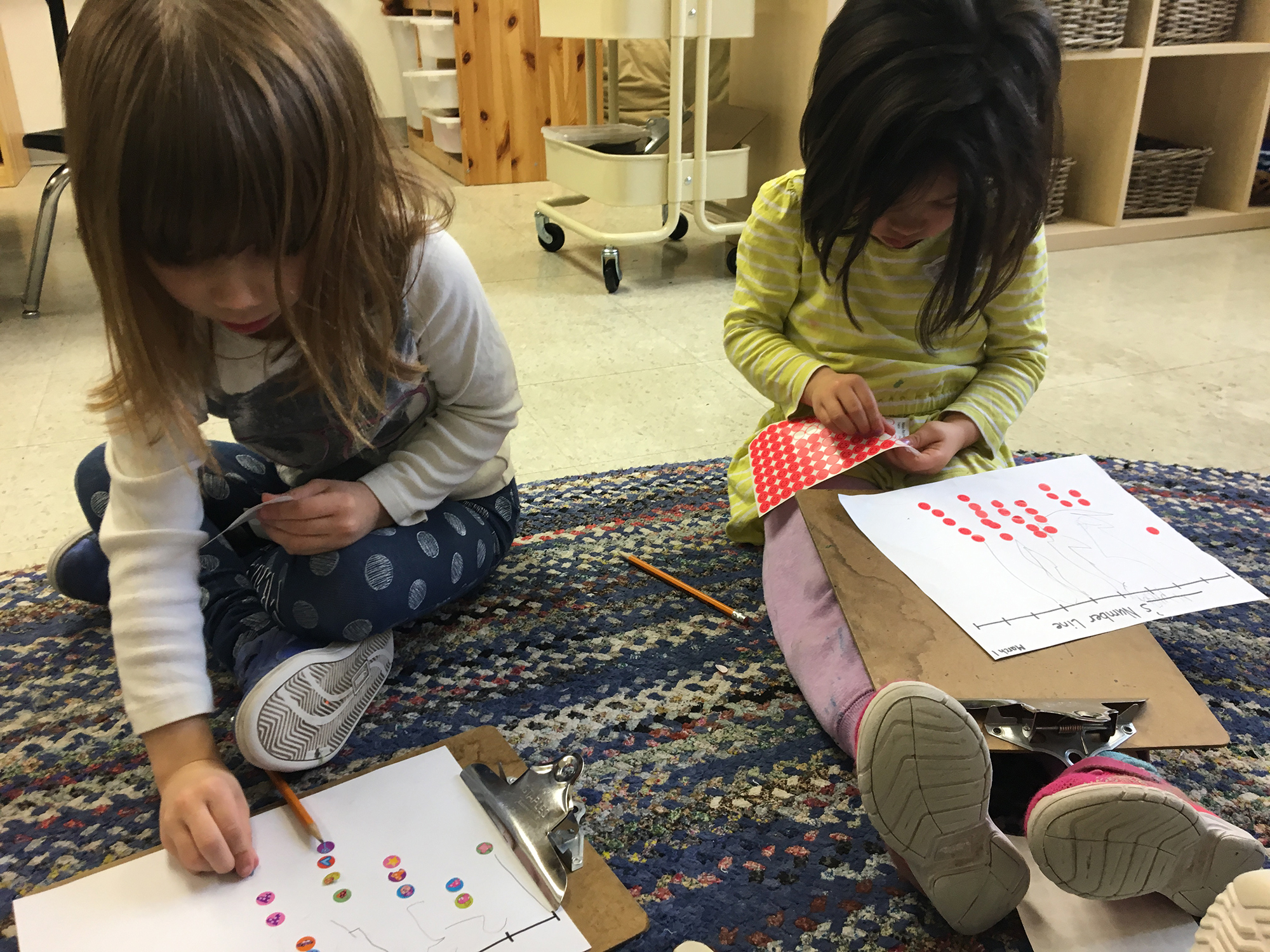 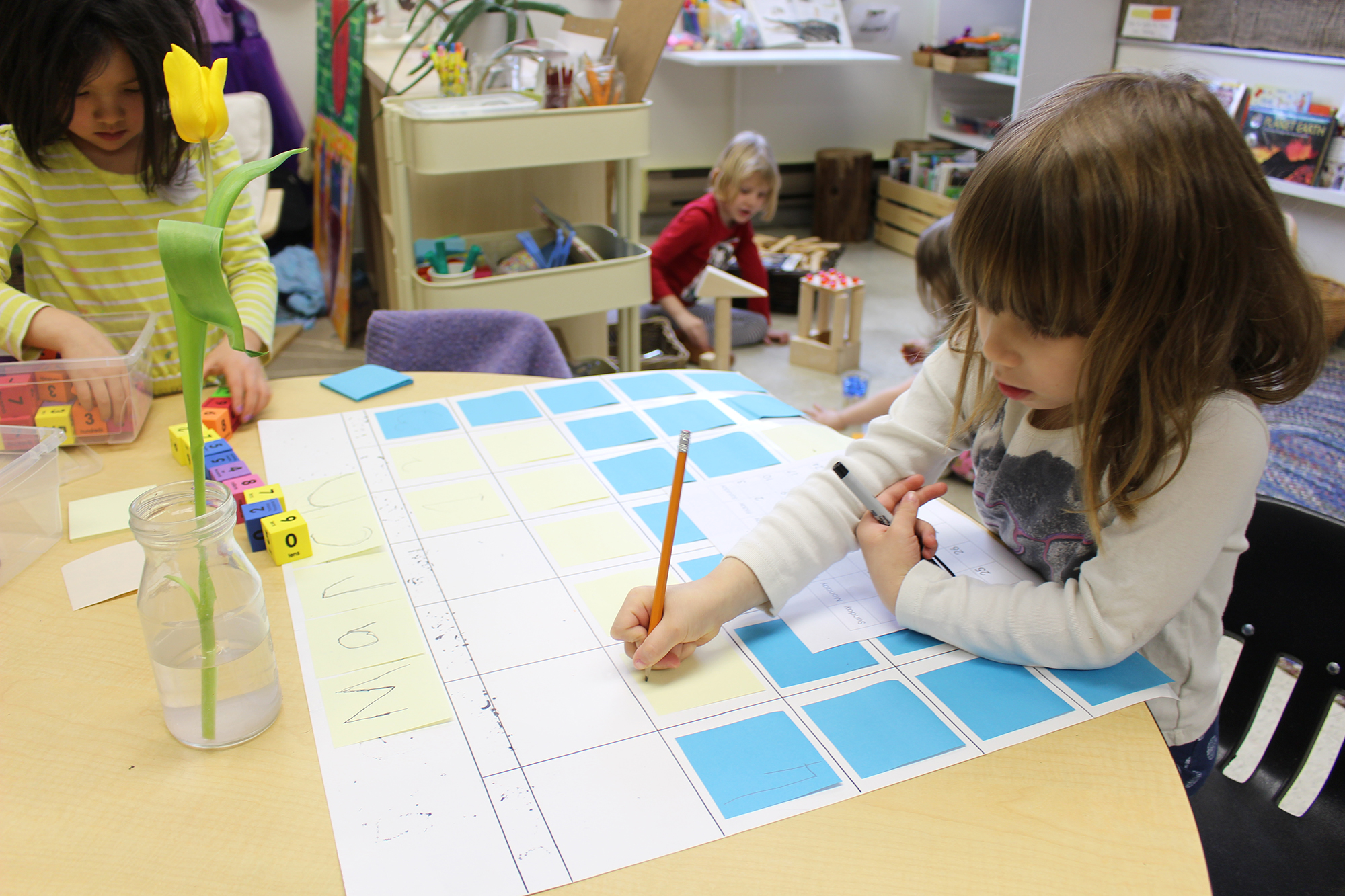 "I was making the March calendar and it made me happy because I only did it one day (time). I was so excited to go there." - A 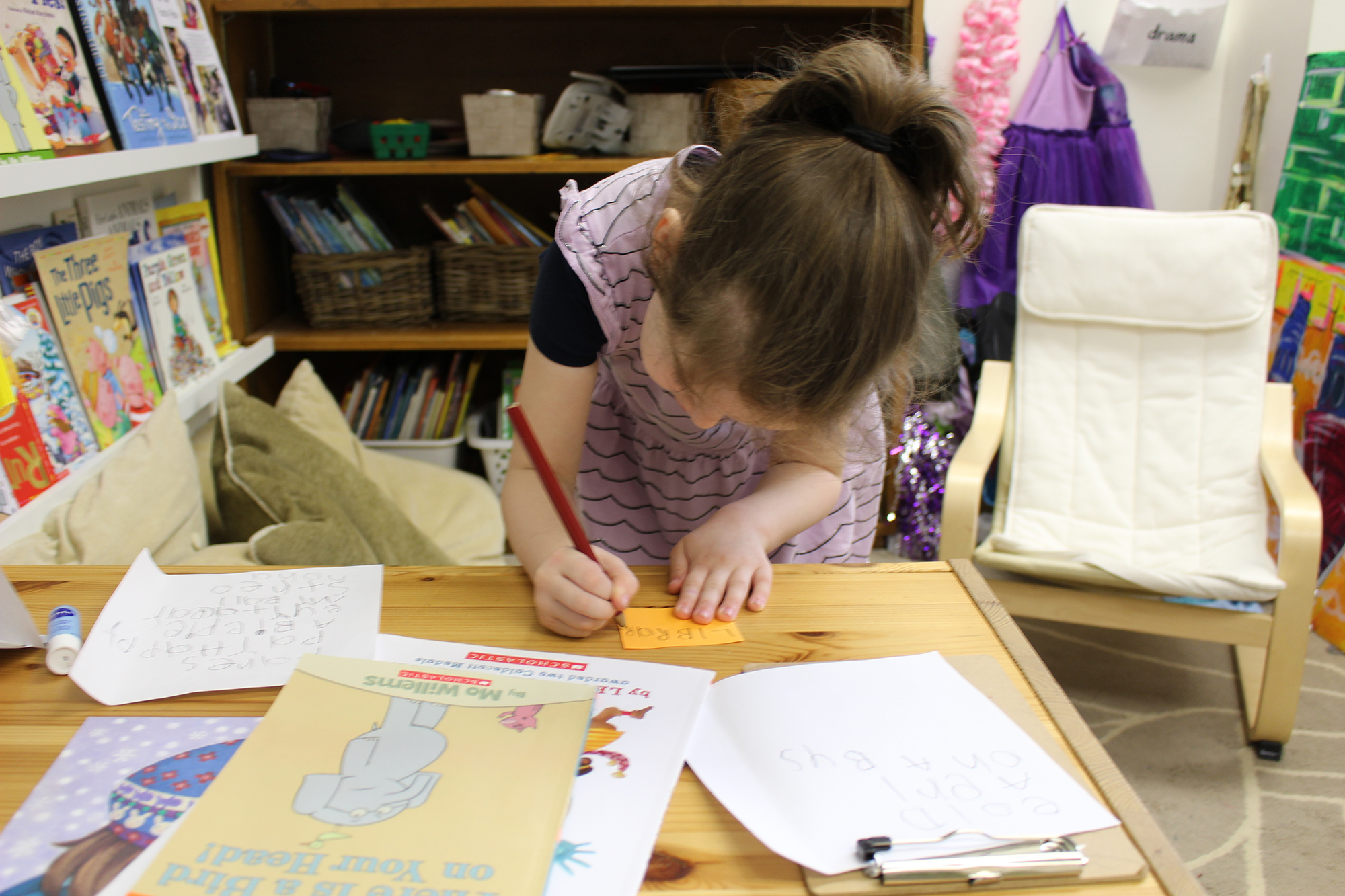 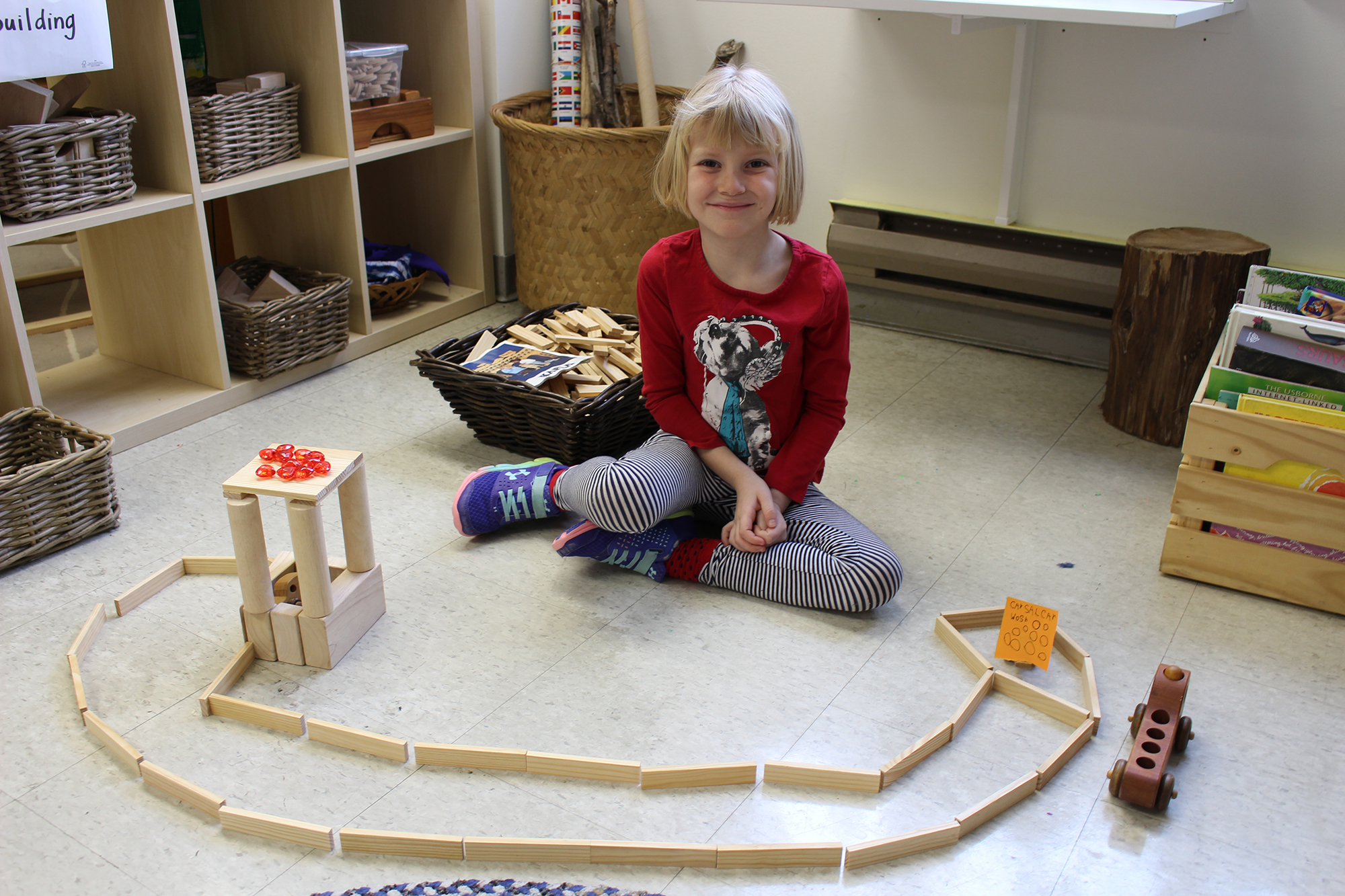 "I made a car wash and once you're done you go into a car cell. I made a car ticket and there's an elephant car. She's holding up a sign. The car says "car wash and car sell"." - G 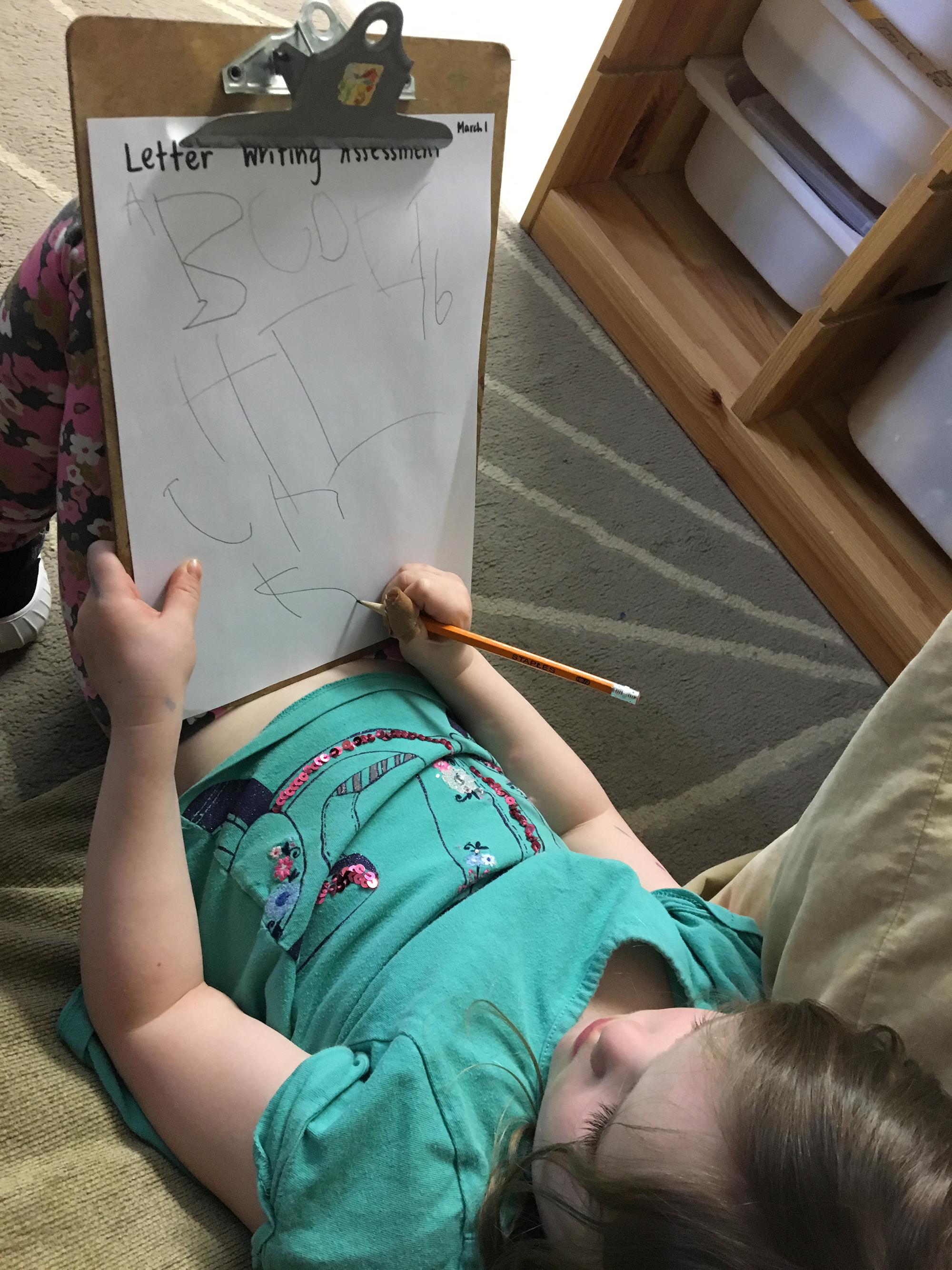 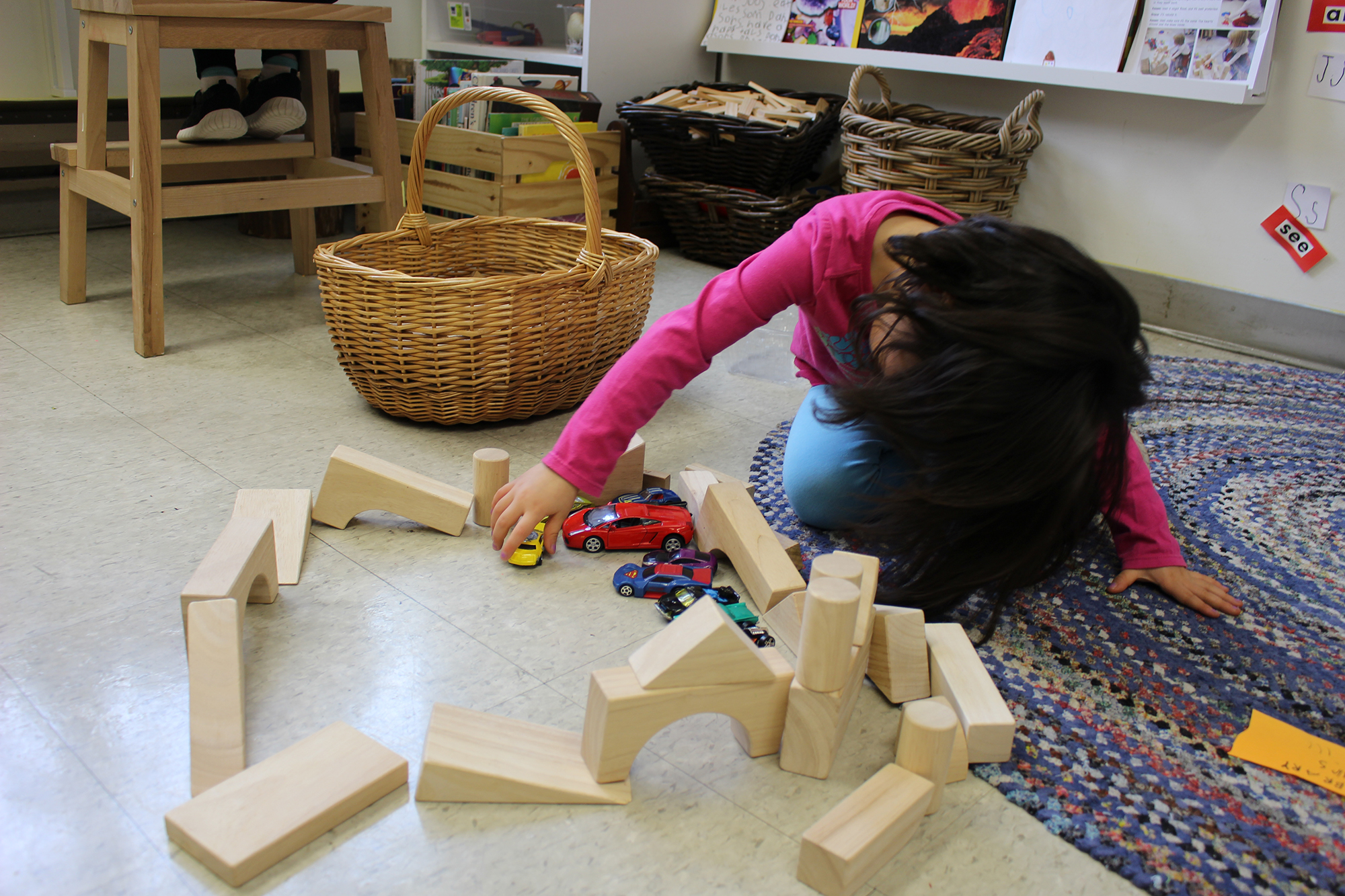 "I was making the cars and the cars got out, but that car was going on vacation or shopping." - N 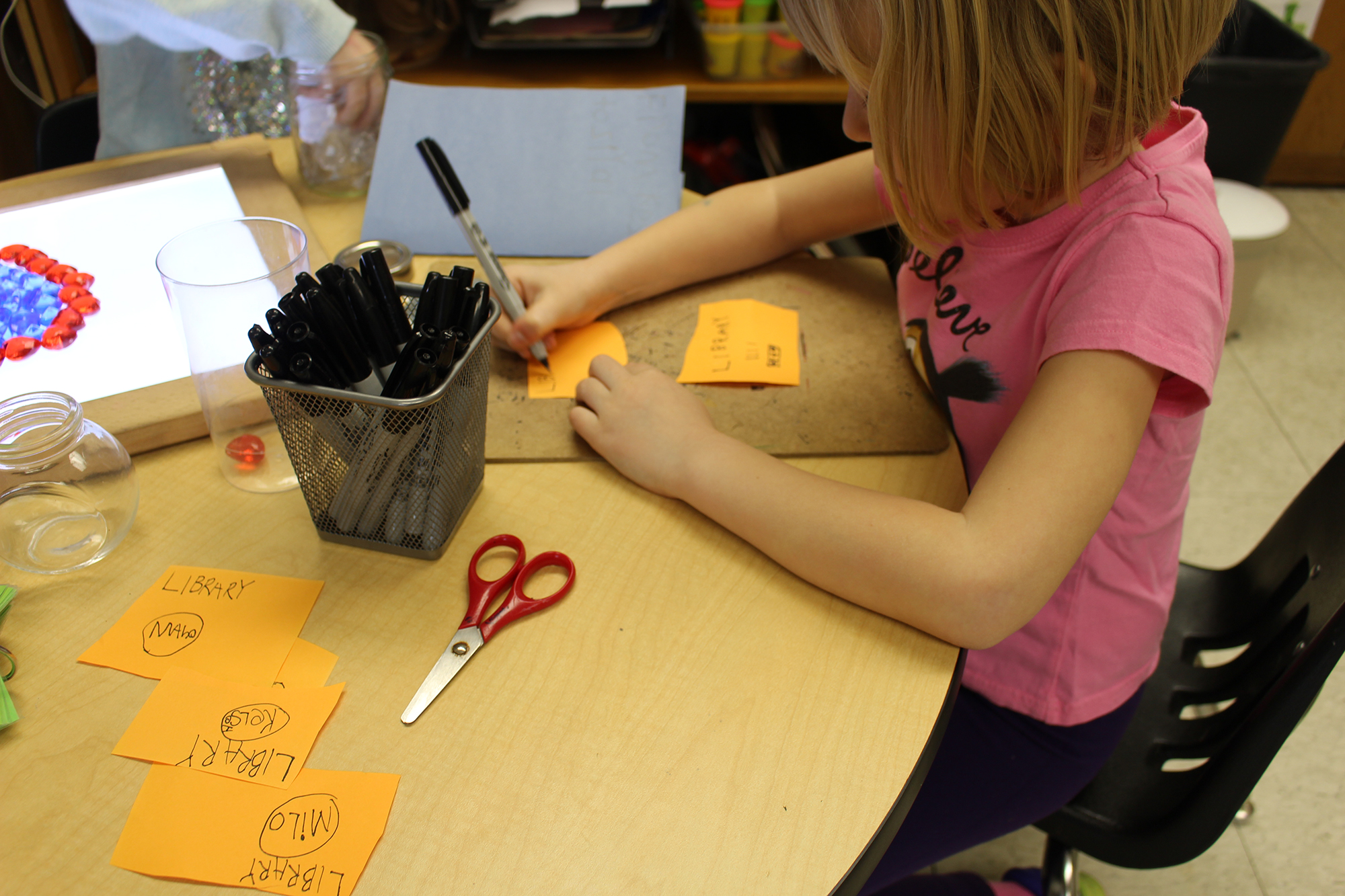 "I was making library cards for the grade 1-2s. I asked Soteira if it was a good time to give them out." - G 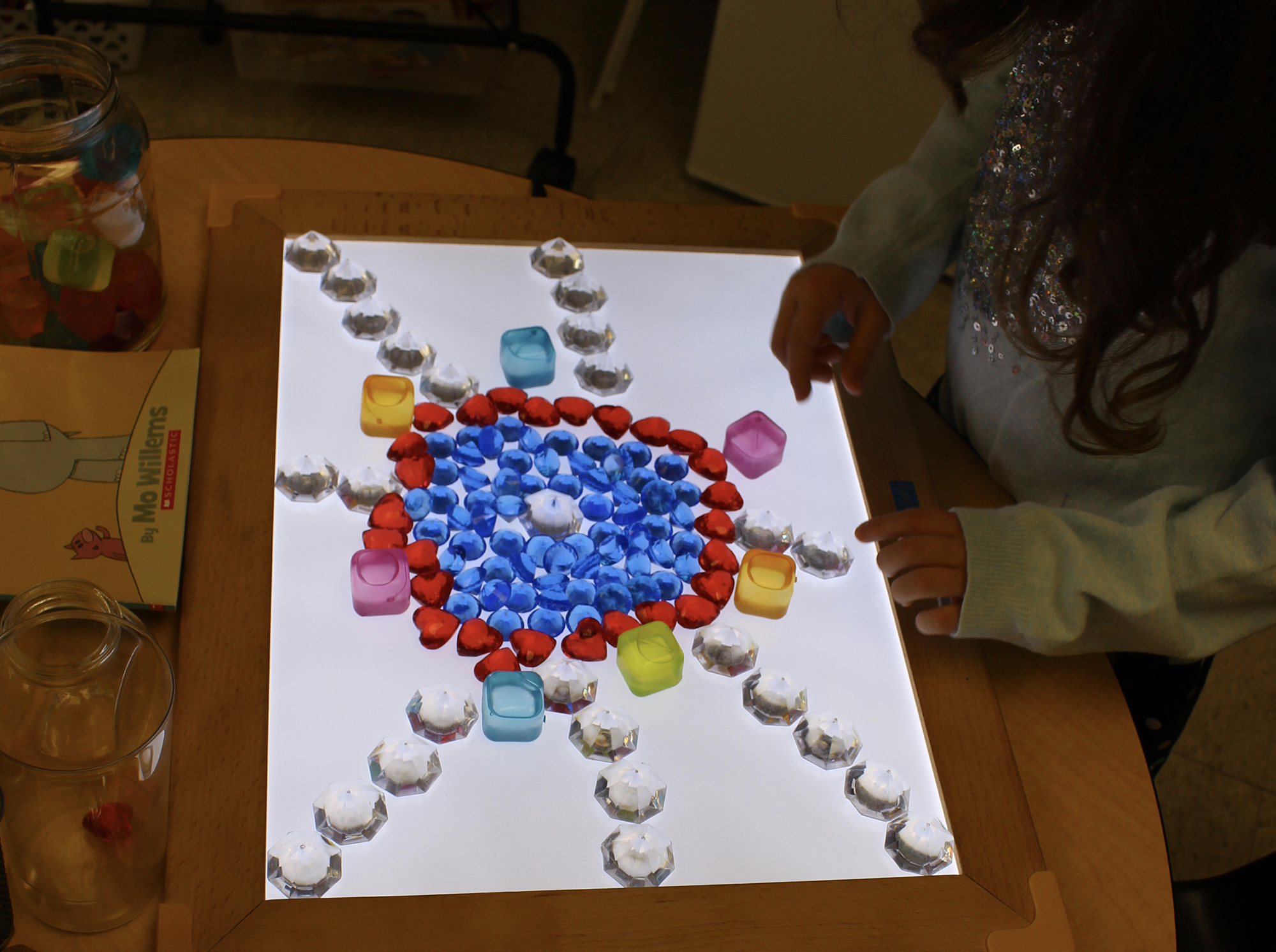 "I was building a structure and a lot of deep waters drown, so there's a floaty in the middle they can grab if they want. There's lots of other floaty stuff." - K 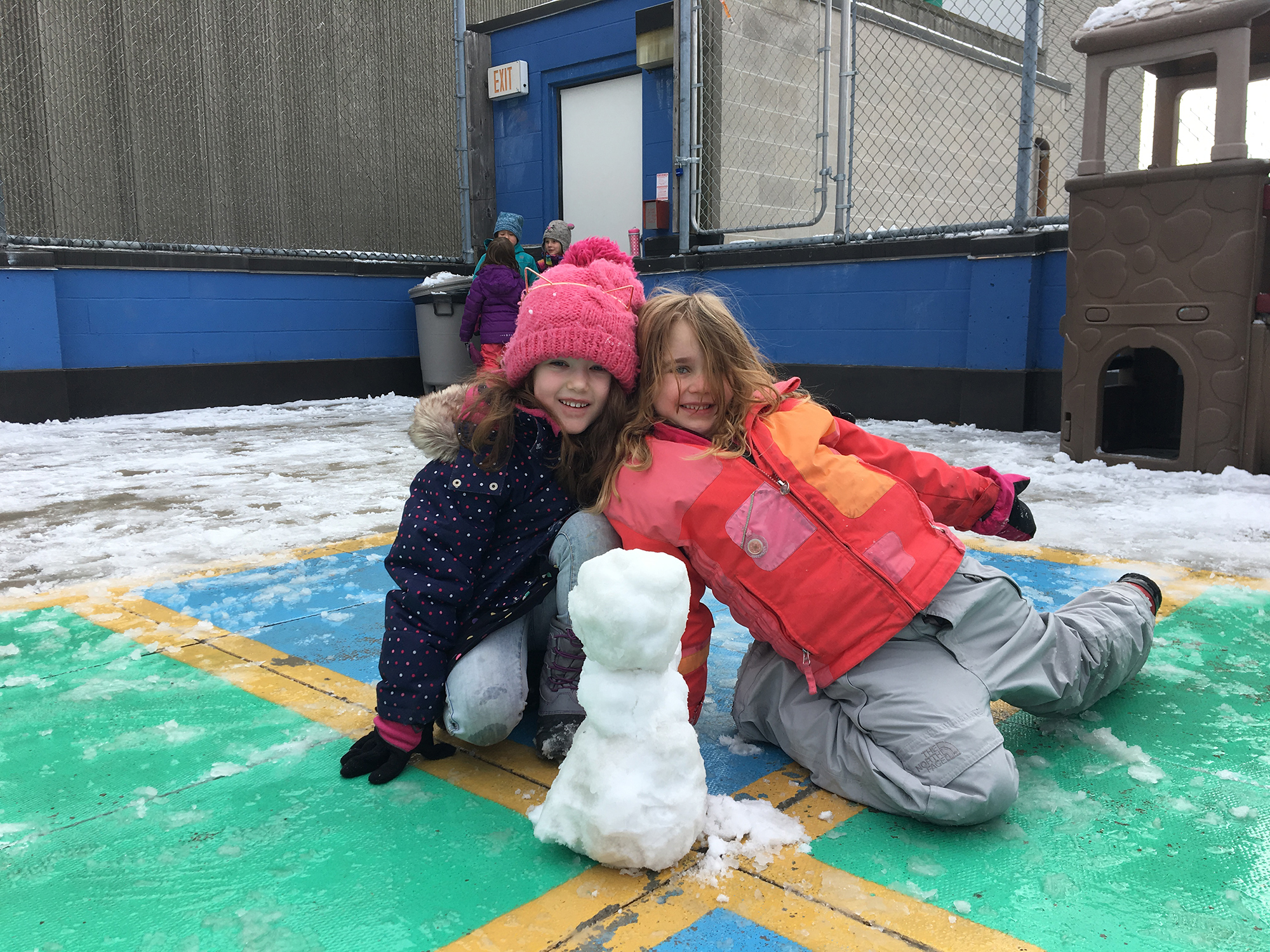 "K and M were building a snowman and I loved how they made it because it's so tiny." - A

"Later they made arms and they rolled lots of snow and it melted." - G 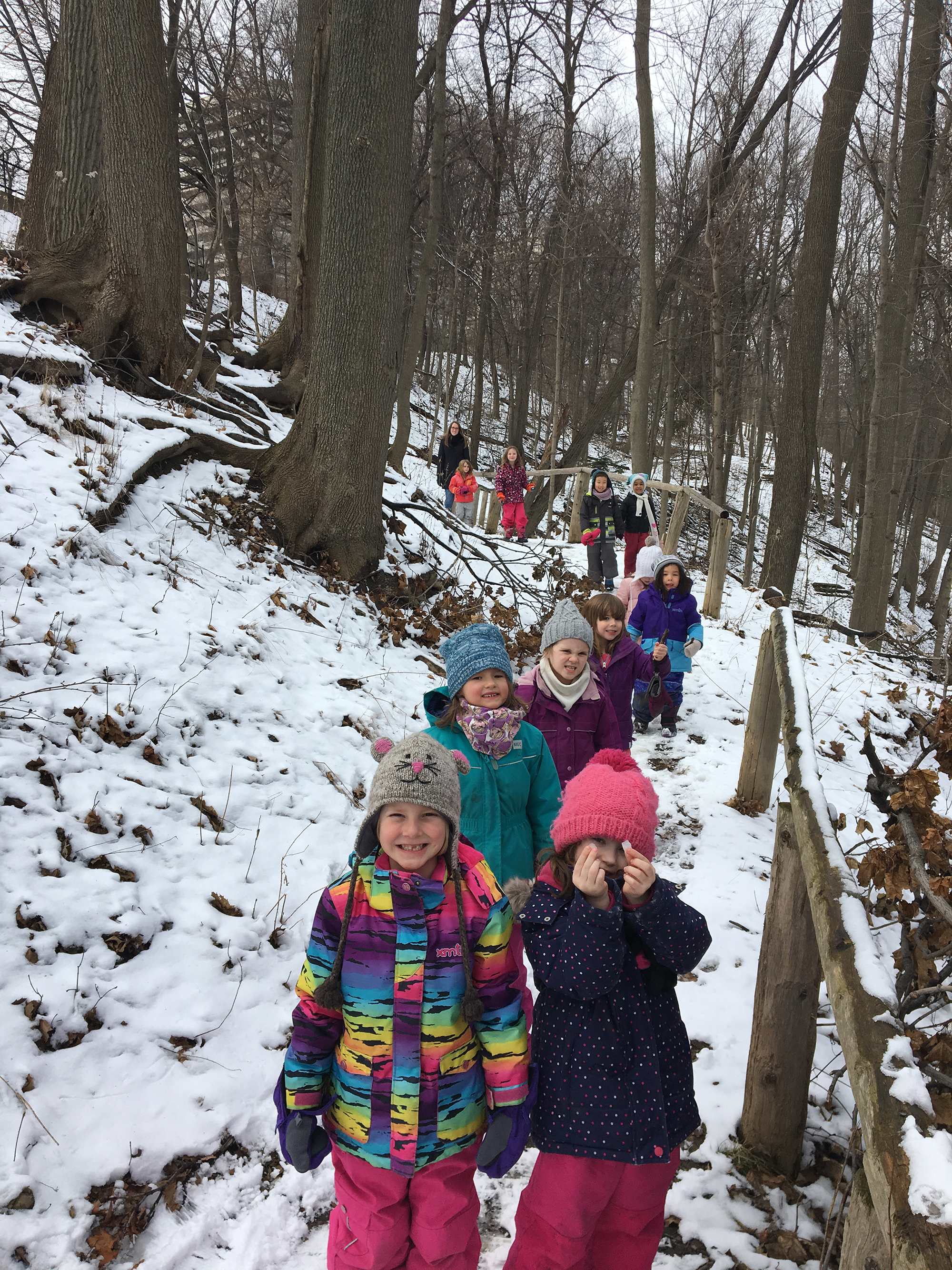 "We were walking down the hill. All the Linden girls are coming down. Everybody was fast." - N 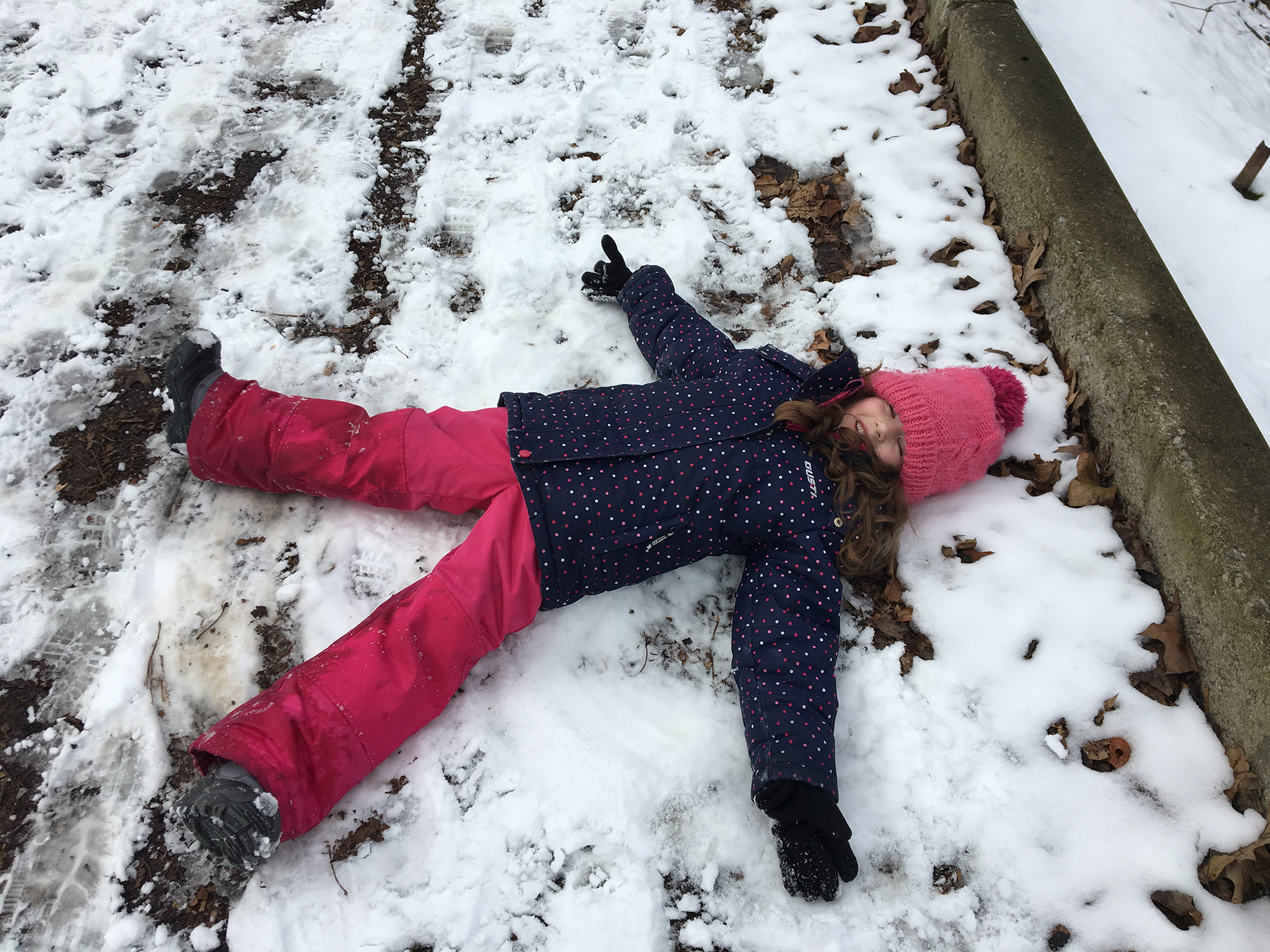 "I was building a snow angel because I was so tired of running and catching up, so I gave up and fell. A was catching up to me." - K 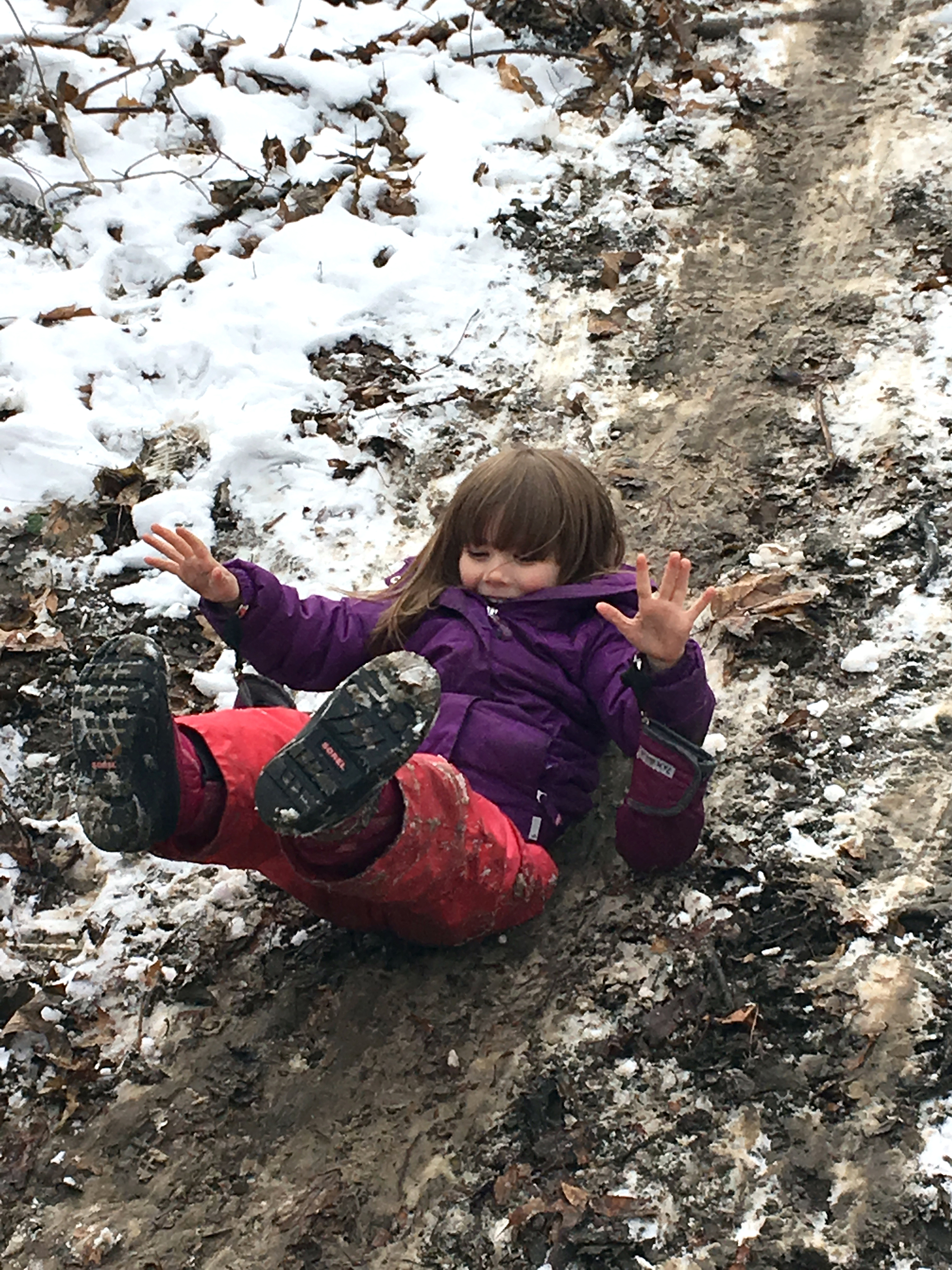 "I was sliding down the hill and it was super fun because I got to go the long way." - A