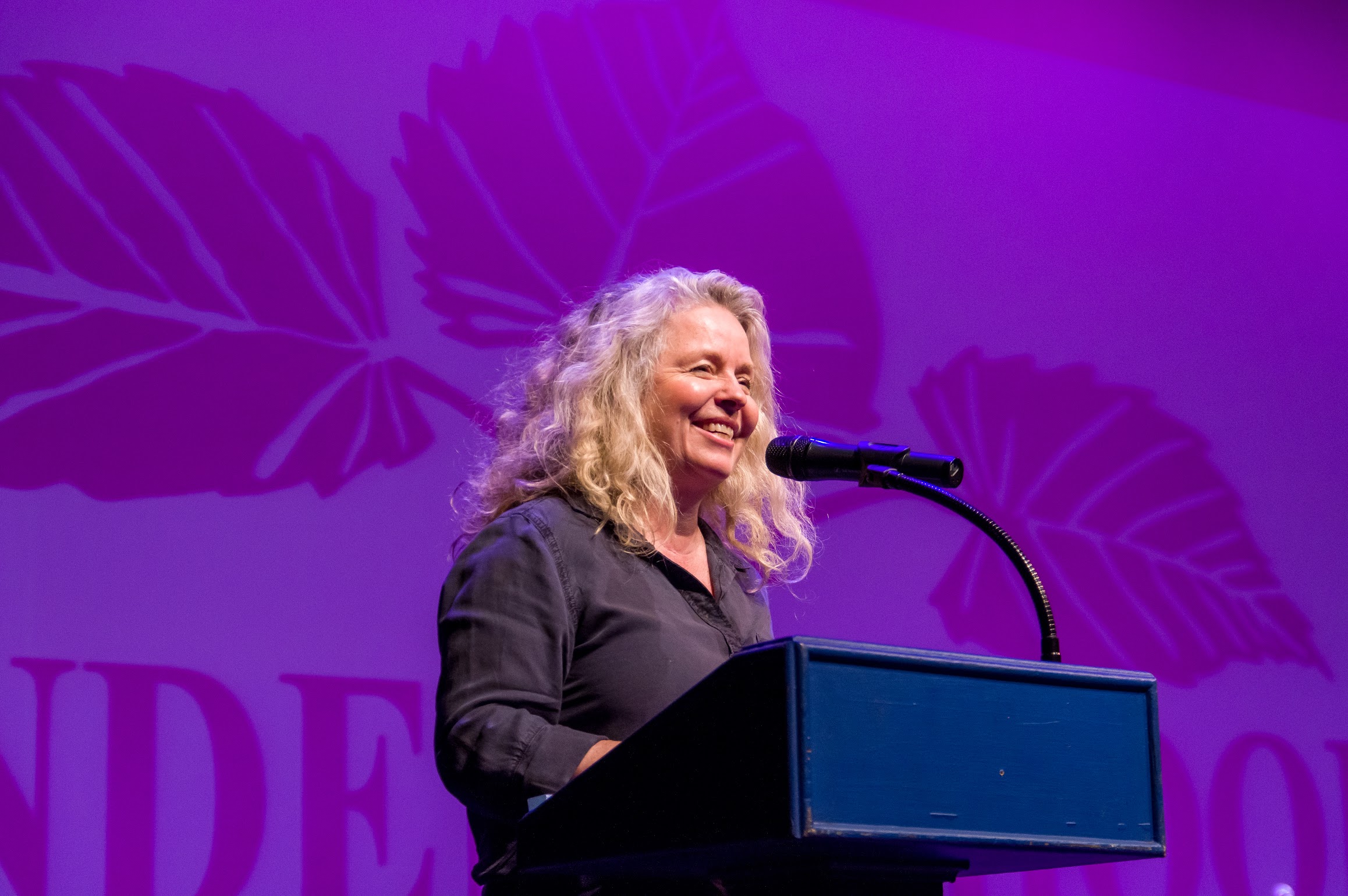 The Linden School presented Patricia Rozema with the 11th Annual Nancy Ruth Award at the school's annual Celebration to Greet the Summer on June 16, 2016. This award, named for Senator Nancy Ruth, is given each year to a woman who has acted as an outstanding role model for Linden students.

Patricia Rozema is one of Canada’s most accomplished and internationally recognized filmmakers. Her feature film credits include I've Heard the Mermaids Singing, White Room, When Night is Falling, Mansfield Park, Kit Kittredge: An American Girl and Grey Gardens among others. I've Heard the Mermaids Singing won the coveted Prix de la Jeunesse at the 1987 Cannes Film Festival. That same year, it was voted one of Canada’s ten best films ever as polled by 100 international critics. Rozema won an Emmy Award and was nominated for a Grammy for her film Six Gestures, part of the series Yo-Yo Ma: Inspired by Bach. Her television credits include The Beckett Film Project's Happy Days, the pilot and 2 subsequent episodes of the HBO series Tell Me You Love Me, and most recently, an episode of the critically acclaimed HBO series In Treatment. Rozema received a PEN USA nomination and an Emmy nomination for outstanding writing for her work on the HBO movie Grey Gardens, starring Jessica Lange and Drew Barrymore. Patricia's daughter will be attending Linden this fall.

Since this event is devoted to the students who are graduating here, I thought of what I heard when I was young, and what helped me. I can't remember how old I was exactly, but I was at the age when I was questioning my appearance and what I looked like. My mother heard some of my comments and asked me, "What? You don't think you're good looking enough? Look, you're not so ugly that it's going to get in the way, and you're not so beautiful that it's going to get in the way. So you can do whatever you want. Now, get to work!"

That's my advice to you. Forget about how you appear. Forget about what people think of you. Focus and keep your eye on the prize. Focus on the things you want to do. I have long since stopped wondering whether my career would have been different had I been a man. I just dreamed of what I'd love to see happen, and I've just worked and worked to try to make that happen. That would be my advice to you, to help you find your way.