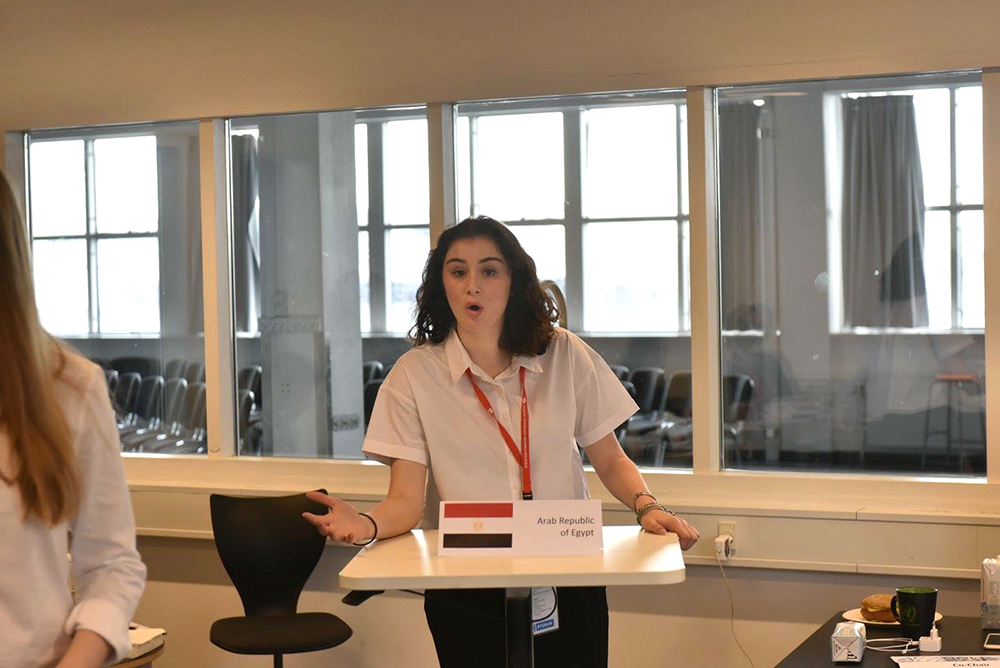 Linden students from Grade 11 participated in Rysensteen Gymnasium’s Model UN in Copenhagen, April 23-30, 2016. Below is the fourth in a series of blogs our students shared with us.

This is Toni Spilfogel and today is Friday the 28th! Today was our second day of Model UN. The focus of the UN today was to compete for each chair's resolution.

In my committee UNHRC, we focused on women and children's rights in crisis areas. It was a difficult topic for me to debate as I was representing Egypt. In the end, I felt that I did a good job representing the views of my country and was a productive member of the UN. During these two days of debate, an amendment was proposed by Germany for Egypt to sell its Pyramids and use the money to help the refugees. This amendment was the first time I alone had to defend my country. It was scary at first to give a speech in front of the other delegates in the room. Luckily, many other delegates came to my defence and Egypt did not have to sell them.

Here is a photo of me lobbying with the other Middle Eastern from the first day at the conference. 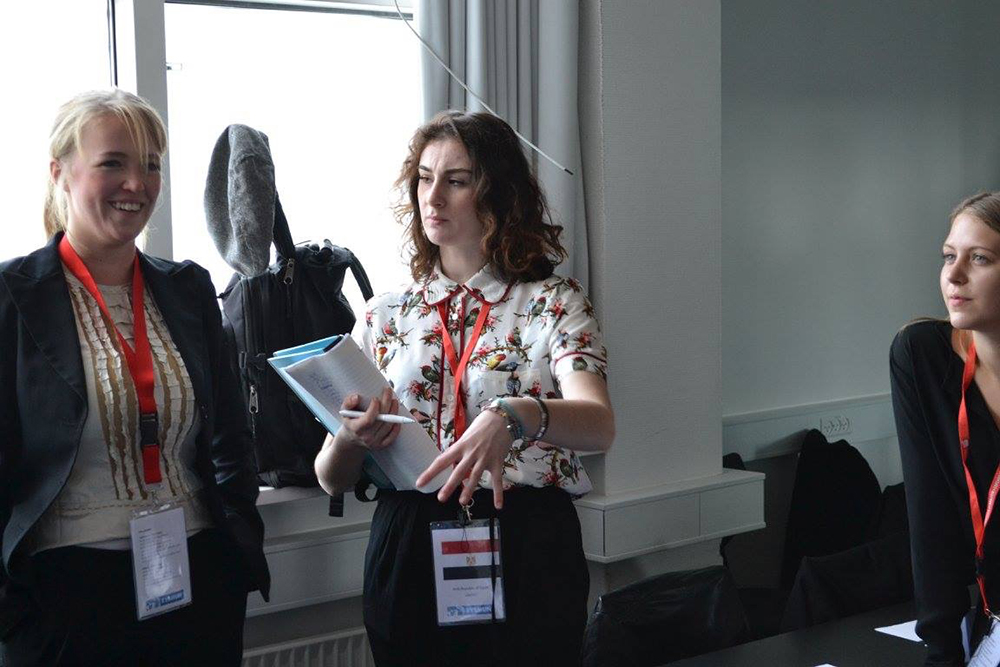 Here are some photos from the second day of me giving a speech to the other delegates.

After we had finalized our resolutions, the different councils met for the grand assembly. Here we debated one resolution as a whole. The amendment did not pass. 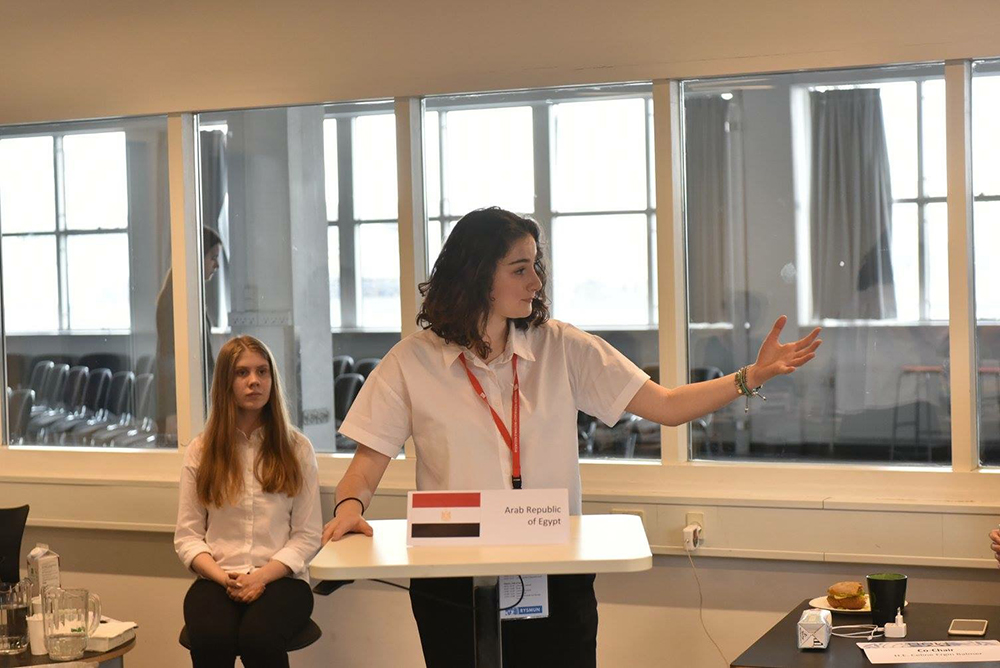 Our general assembly was interrupted by activists fighting for women's rights and gender equality. Here is a video of that:

Later they gave out awards for best delegates from each committee. I was given an honourable mention. After our long day of debating, we went to hang out at Stella's house to talk about our long day and relax. We finished the evening by going to Tivoli, an amusement park in the heart of Copenhagen. It was very pretty, and is home to the oldest roller coaster in the world! We spent the whole evening there which was a great way to end the day. 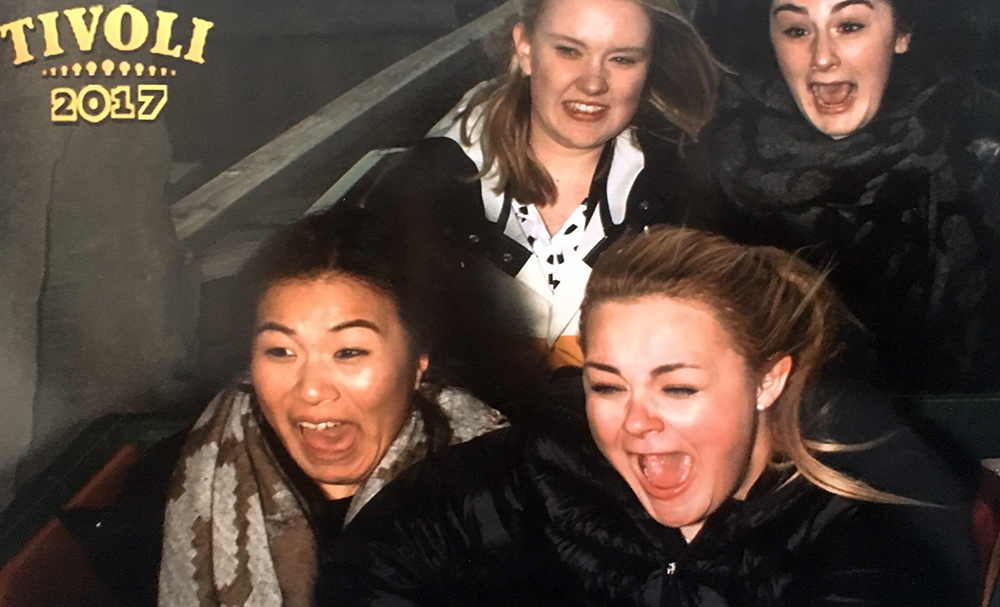 At the end of the night, we stopped to watch a concert within the park. It was a great but long day! 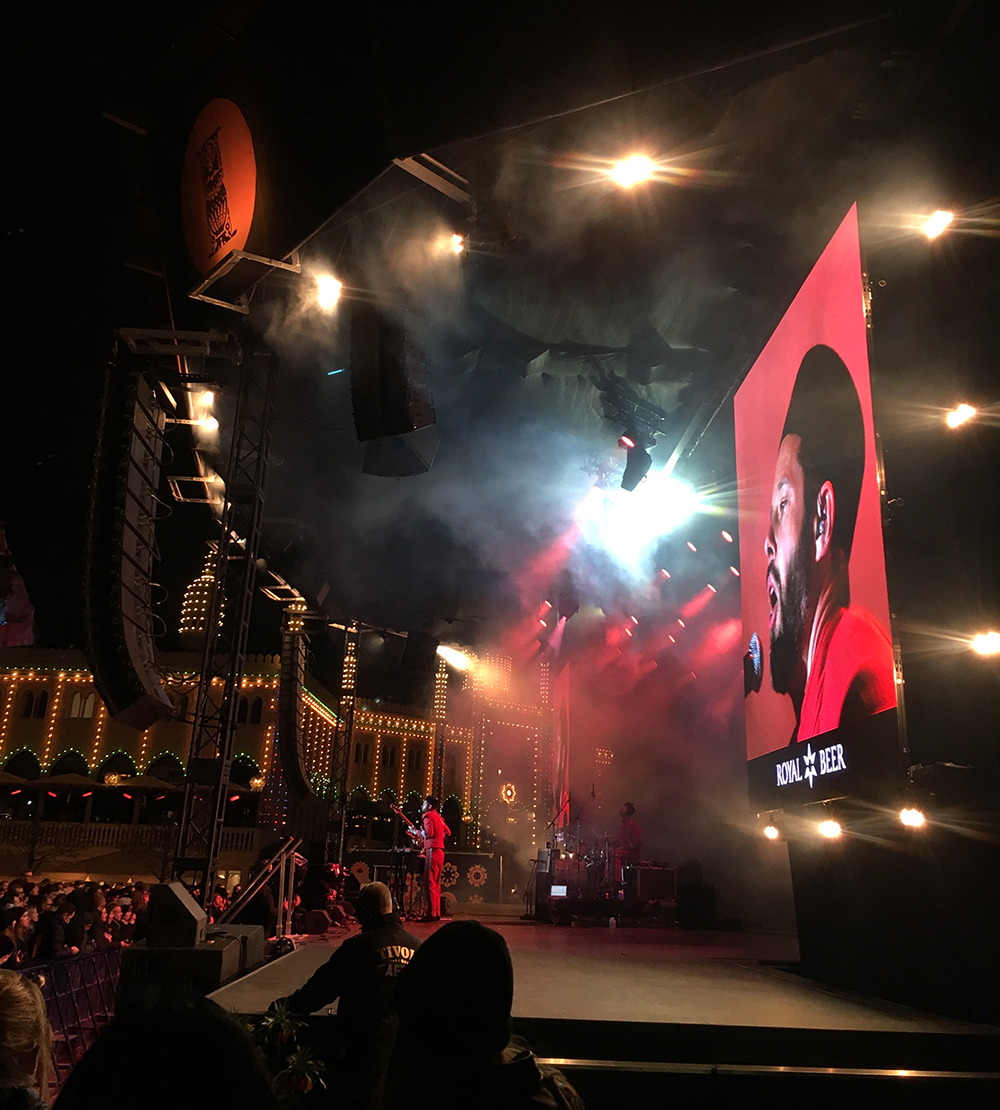