Toronto's Sick Kids Hospital recently developed an inspiring video to kick off their $1.3 billion rebuilding campaign. Some of the Linden students who participated in the production of this ad campaign shared their experiences with us:

In the end of September, I volunteered to be in a SickKids ad campaign. I have anaphylaxis to lots of foods, such as wheat, dairy, oats, barley, rye, and sesame. My allergist works at SickKids. It was a really long weekend full of filming and taking lots of pictures! We were filming in old scrapyards, abandoned warehouses, and a gravel pit. I met lots of other SickKids patients who have had life-changing experiences. I feel like this was a really cool experience for me because the commercial is showing real patients being tough, strong, and resilient. Being with other kids who had health conditions taught me that despite facing such big health issues, we can all fight these illnesses and be stronger together.

Being a part of the Sick Kids commercial was so cool. It was a lot of fun to shoot the scenes and a good experience to do it with other Sick Kids patients.

Participating in the Sick Kids commercial was a wonderful experience. While I was on set, I experienced a new feeling of belonging. Instead of feeling like the odd one out (as I sometimes do when Cystic Fibrosis is brought up) I felt like I was a part of something, a part of a community. 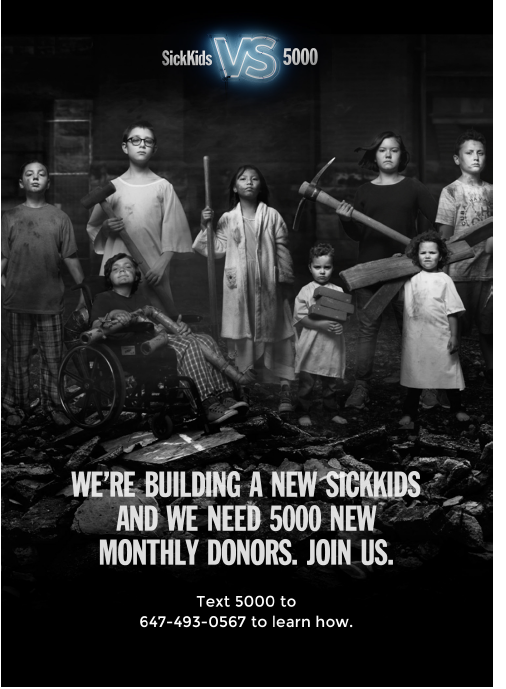