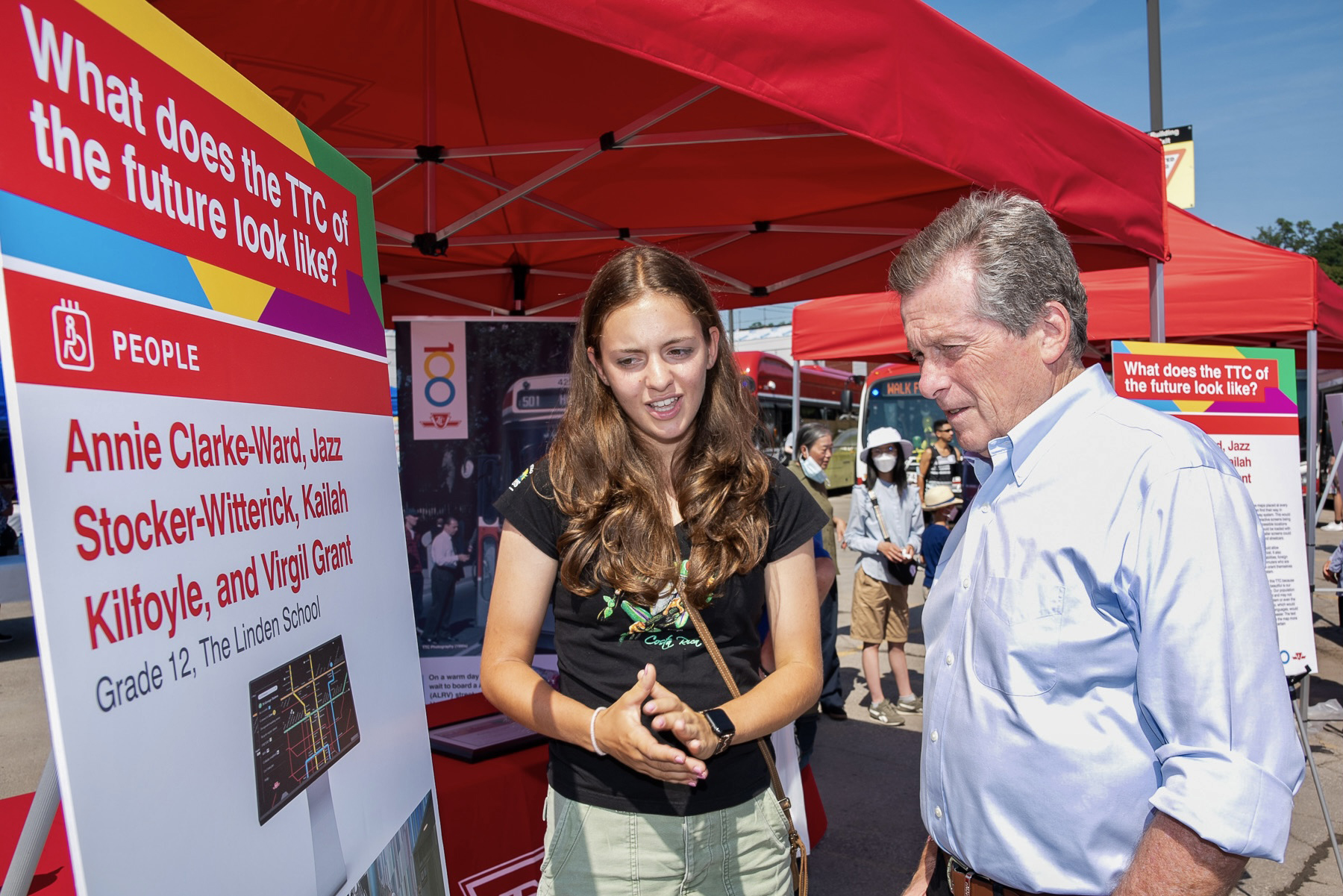 Last spring, the TTC launched a contest: they challenged students to envision what the next 100 years of the TTC would look like. Encouraged by their Computer Studies teacher Sang Lee, Linden High School students Annie, Jazz, Kailah (now an alumna), and Virgil created an interactive TTC map that reads out information about each station in different languages to accommodate for the diversity of people in Toronto. They were thrilled to learn that they won first prize in the “People” category, and on August 20th, they were invited to attend a Transit Fair at Nathan Phillips Square. The team was represented by Kailah, who shared their ideas with none other than John Tory, Mayor of Toronto, as well as TTC staff members. 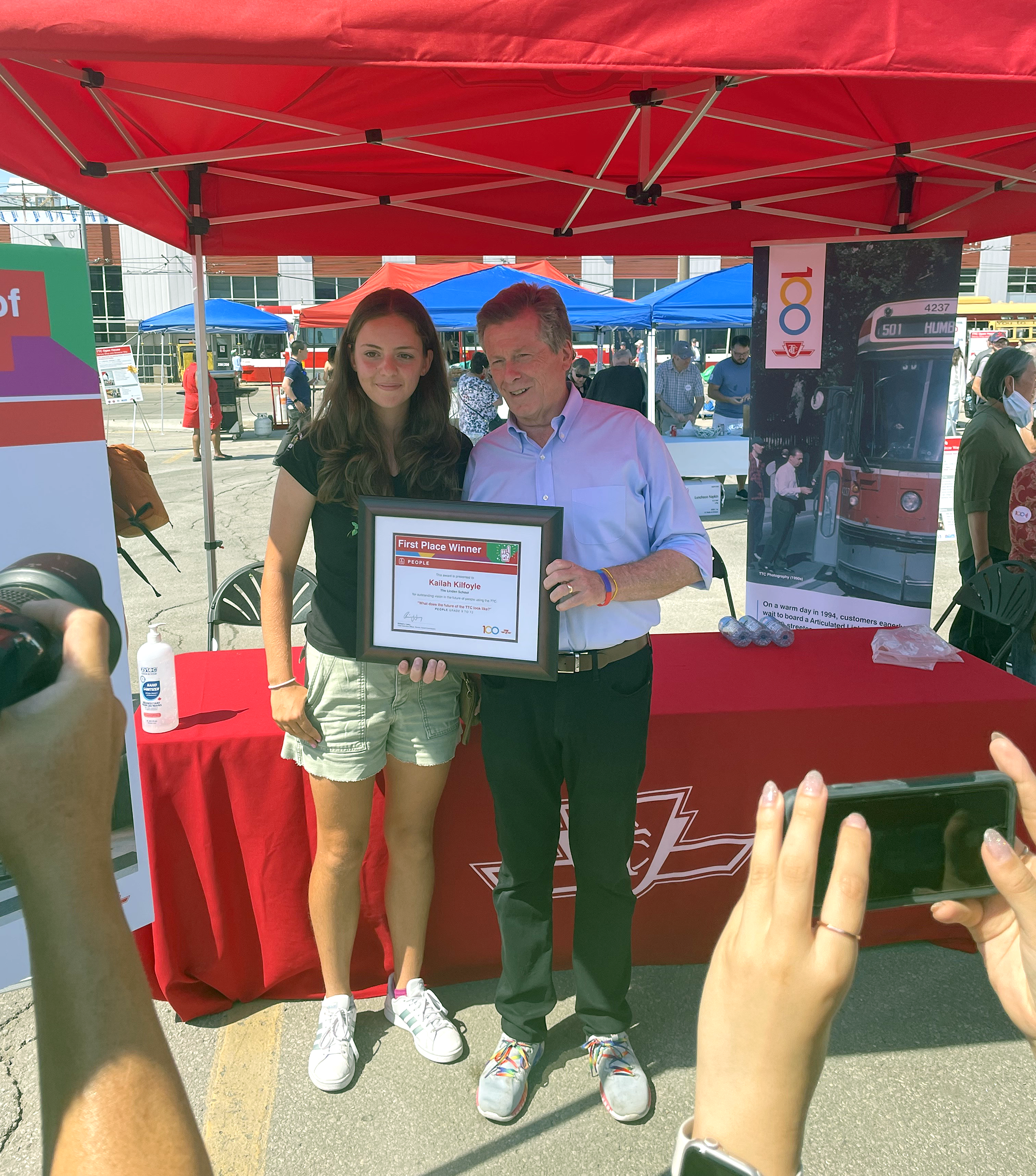 “The general reaction was that this simple, brilliant idea should be implemented,” said Kailah. “Some of the TTC officers who attended said it would help them tremendously with language barriers as they often struggle to find common ground with travelers who do not speak English.”

“One of the TTC organizers gave a beautiful speech about how we should never give up our dreams and that we were the future of the TTC. If we want to see change, we should incite it,” said Kailah. 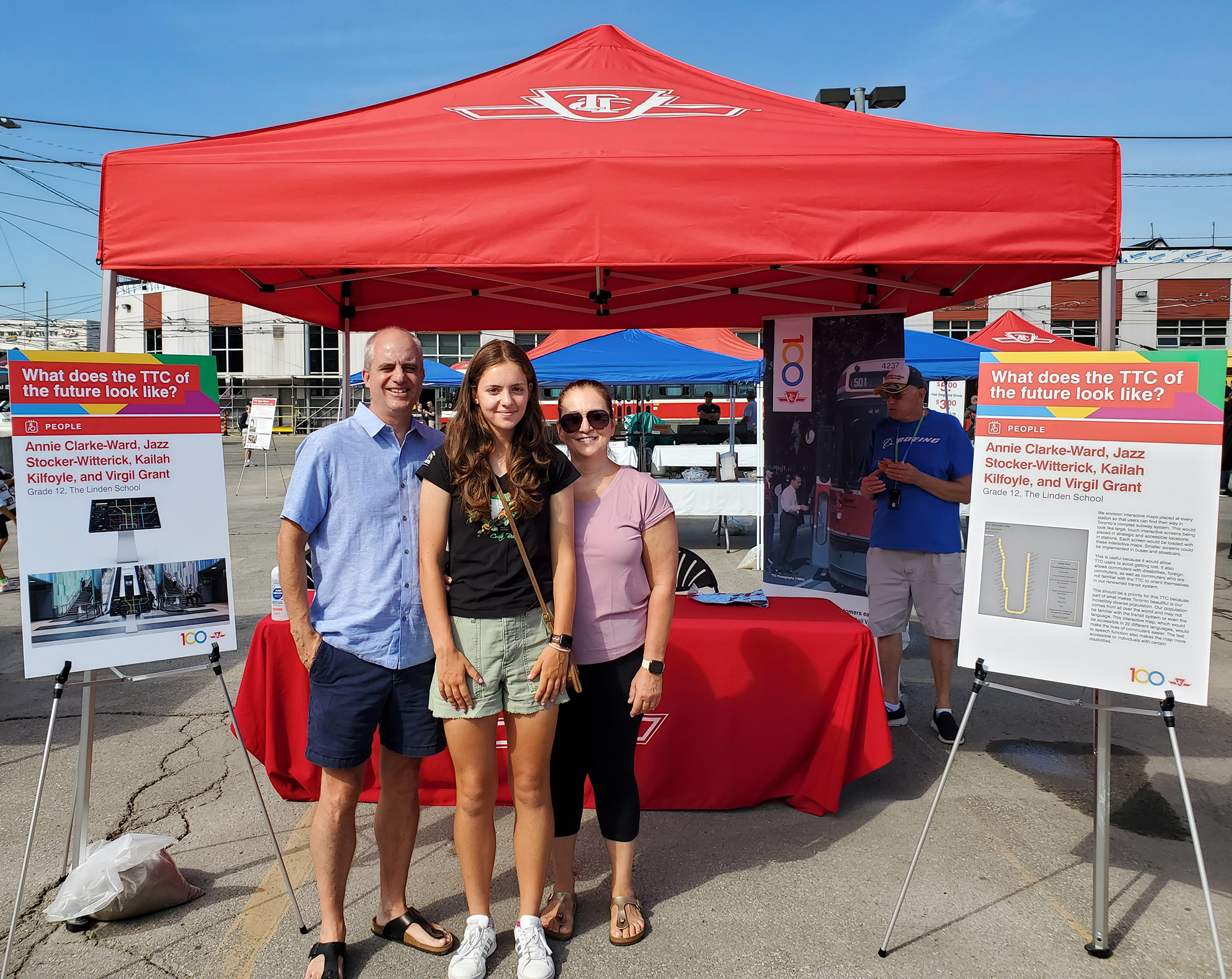 Kailah’s parents were on hand to support her.

Sang was proud of his students’ achievements. “Annie, Jazz, Kailah, and Virgil thought of ways to use their learned skills and education to better society,” he said. “It was brilliant of them to create an interactive map that would, if implemented, help people of diverse cultures use public transit. They are truly critically thinking like responsible citizens who want to make society more equitable for everyone.”

Linden students’ names have now been added to the mural which is on display at Davisville subway station. 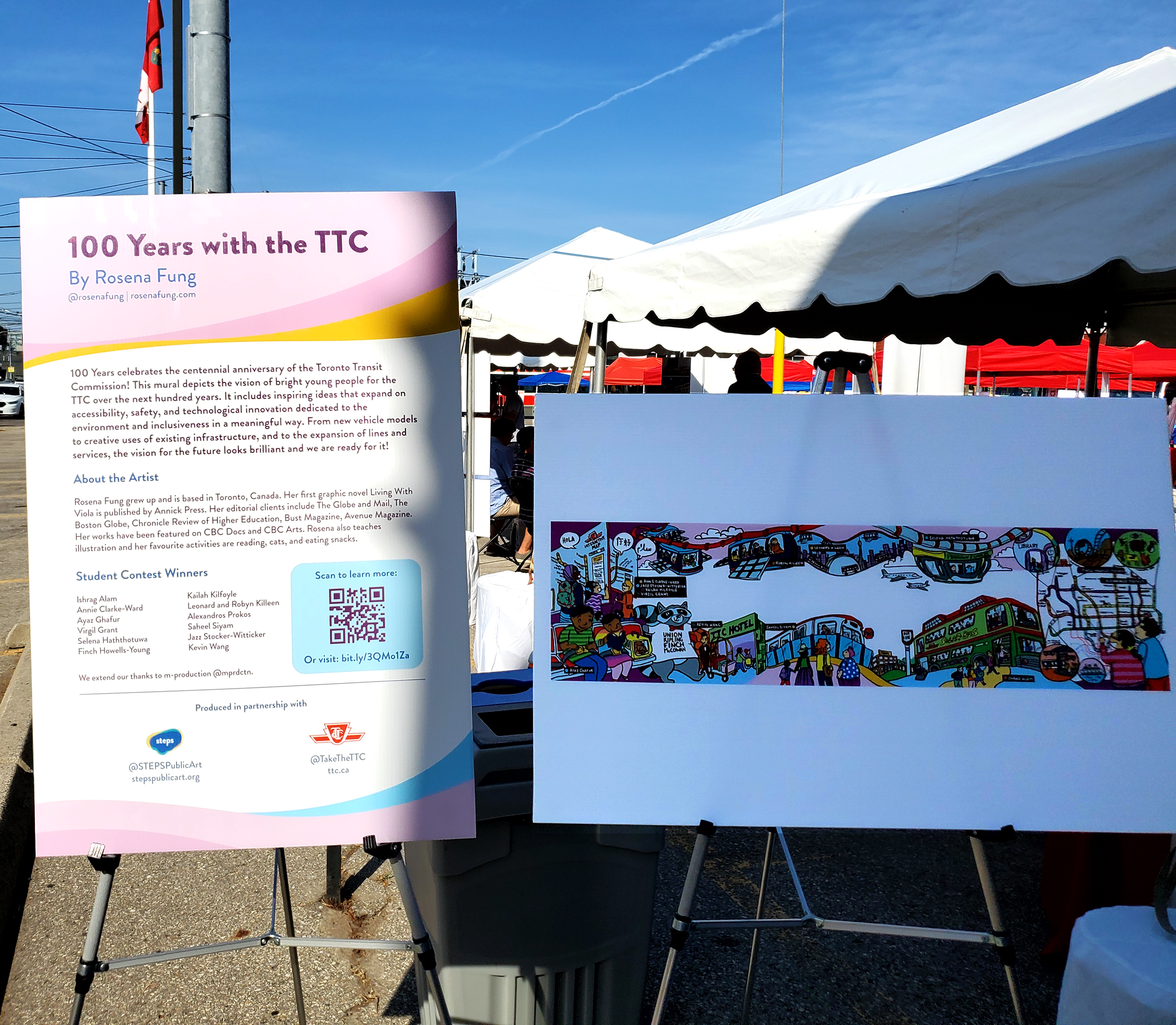 As winners, their project along with their names has been incorporated into a community art mural produced by a local Toronto artist, which you can now view at the Davisville subway station!