Learning and Laughter: Getting Ready for Languages Night, February 3rd

I miss seeing students during remote learning, so I was excited by Melody Barclay’s invitation to observe 8A preparing for Languages Night in their recent online French class. It was a day-brightener to see smiling faces, hear their laughter and witness their learning and engagement.

From the start, students were very involved in deciding what they wanted to present at Languages Night. “I usually give younger students a choice. For example, they could choose between a song or a skit,” said Melody. “At this stage, students have their own ideas, and they have the language skills to execute them.”

Melody guides students through an examination of verbs and tenses, a first step in recreating their script in French.

Students in 8A decided to create advertisements for products that could be realistic or fanciful. When I visited, they had developed their products and were working in groups to write a script for an advertisement in French.

“Learning is built in throughout the process,” said Melody. Students first created an English script, and then used their knowledge of vocabulary and grammar, particularly verb tenses, to recreate the script in French.

Moving between breakout rooms, Melody guided the students not only through building language skills, but also introduced them to resources and helped them develop skills that allowed them to be efficient and equitable while working collaboratively. Students used features in Google Docs to stay organized, and WordReference to discover new vocabulary.

Products to be “advertised” at Languages Night will help solve common life problems, such as what to do with an overabundance of stuffies, how to spot fake crystals, and what to do when you lose your “Ken” doll  – not to mention a rather unusual washing machine. 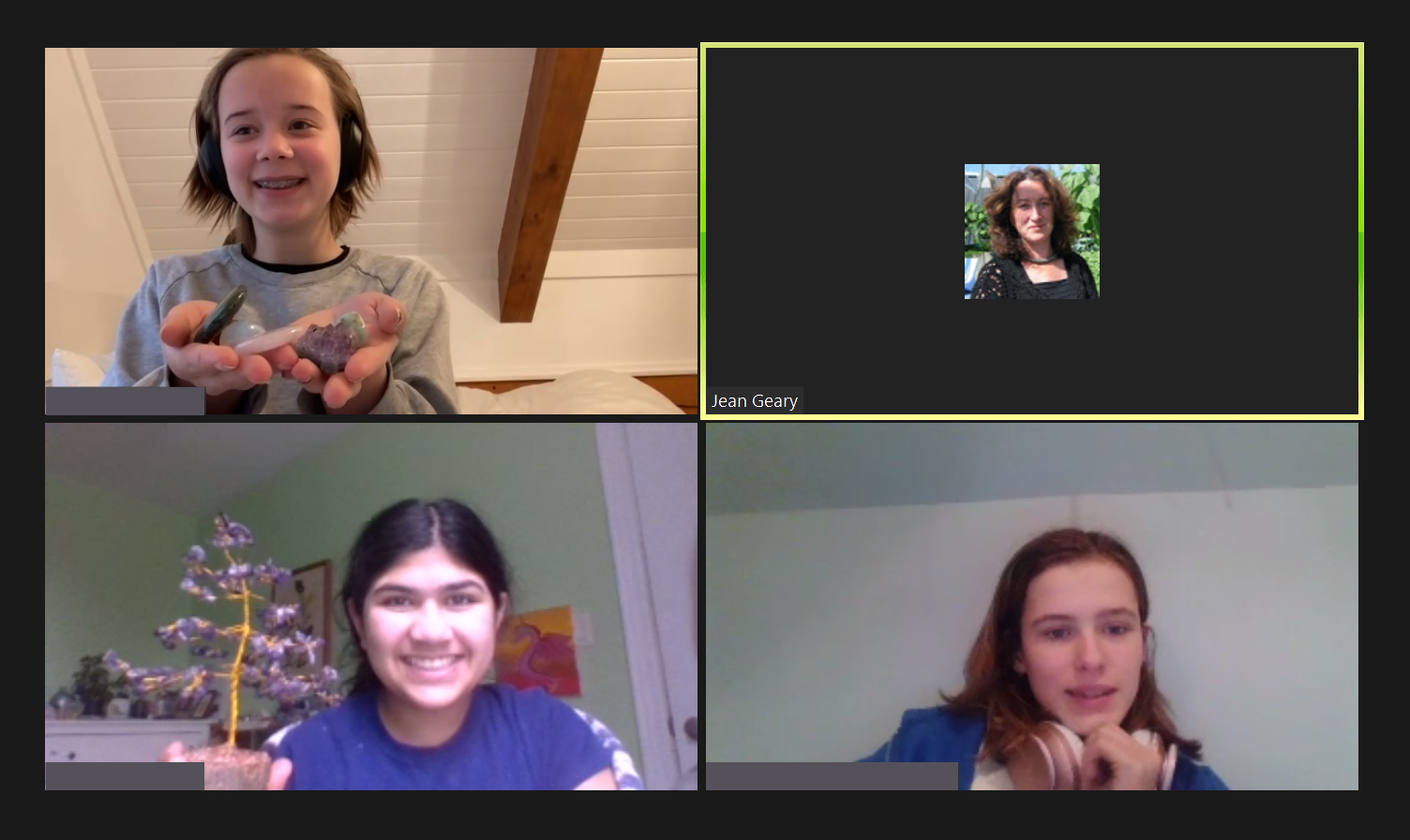 Haleh shows off her group's device that can recognize a fake crystal.