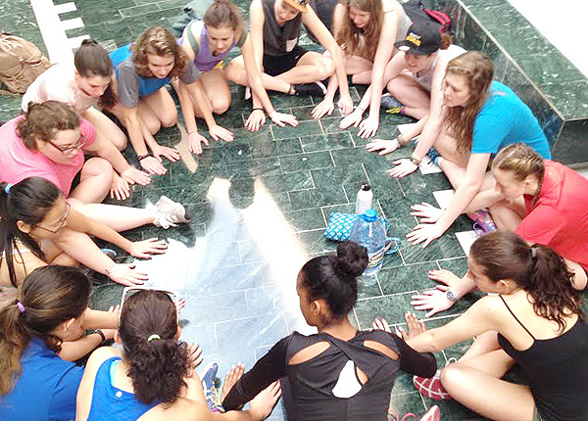 Our sports and cultural exchange trip to Havana, Cuba was filled with many eye-opening experiences. The trip gave us a chance to bond in our final year and was filled with unforgettable experiences. We toured old and new Havana, visited beautiful gardens, browsed the bustling artisan market, toured old battlegrounds, went snorkeling, visited the National Art Gallery, swam under a waterfall, and enjoyed educational excursions to numerous sites. 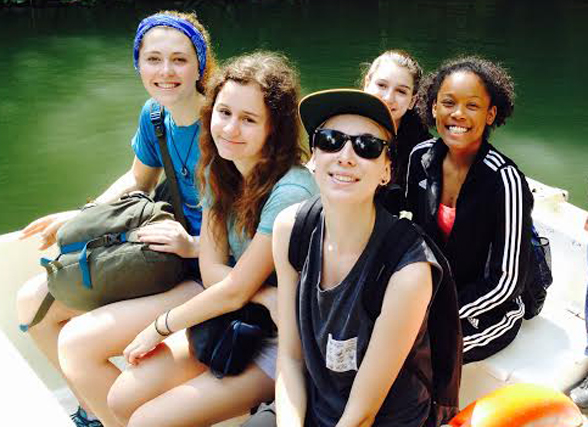 The buildings and architecture were very detailed and showedcased a piece of Havana's past. During our tour of the city and surrounding towns, our tour guide educated us on the political, religious, and cultural history of Cuba, which helped us understand and appreciate the city even more. Our visit to the National Art Gallery was a great experience and gave us a new perspective on Cuban culture. We also had the opportunity to visit a government-run orphanage and spent the day with the children, playing board games, colouring and playing outside. We had a blast with the kids, and we are sure they will put Linden's donations to good use. 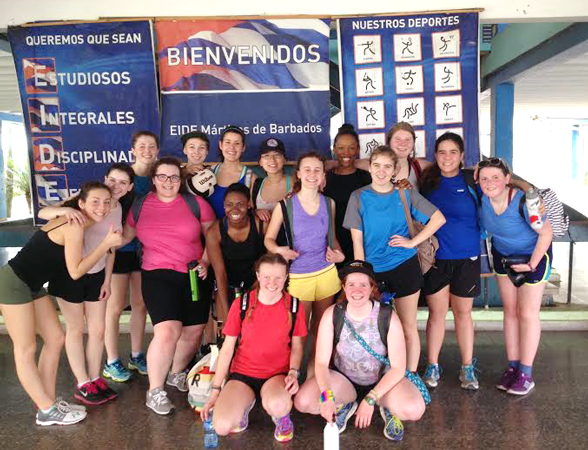 On the second day of the trip the graduates traveled with our teachers, Deidre and Elizabeth, and our tour guide to a National Sports School to have our first training session with Cuban volleyball athletes and coaches. We did not know what to expect when we arrived and were immediately taken aback when we saw the athletes training. Their skill level was unreal and their teamwork was flawless. Although we were intimidated, we were ready for the challenge in order to make Linden Nation proud! We were paired up with the athletes and separated into our skill level to begin drill work. The next day we returned to the facility to see our new friends and play a few games of scrimmage. It was Canada versus Cuba. Their talent was obvious, and although we tried our best, their skills were far superior. We continued to scrimmage and later mixed up the teams getting the opportunity to play with each other using their techniques. Later on in the trip we returned to the facility to meet and scrimmage with the soccer players. We spent the morning doing drills and later -  trying to avoid complete embarrassment - mixed up the nations and had another friendly scrimmage. We finished the trip by having a party with some of the athletes and coaches. The time together allowed us to learn more about each other outside of the facility. 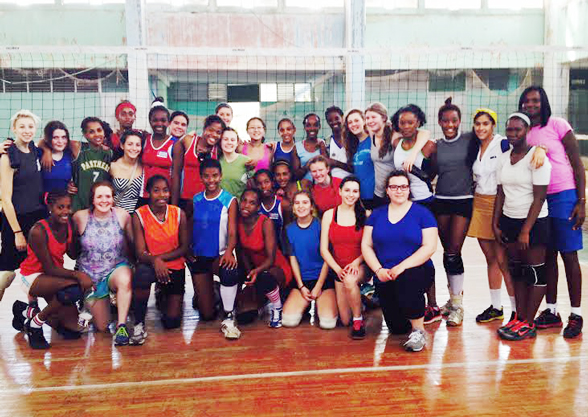 Many great memories were made on the trip, and we think it is fair to say that some of them were made both playing and dancing with the athletes or hiking through the Cuban terrain. While the language barrier was difficult at times, we were able to communicate with one another not only through our translator, Kia, but also over our shared admiration of sports and pop culture. 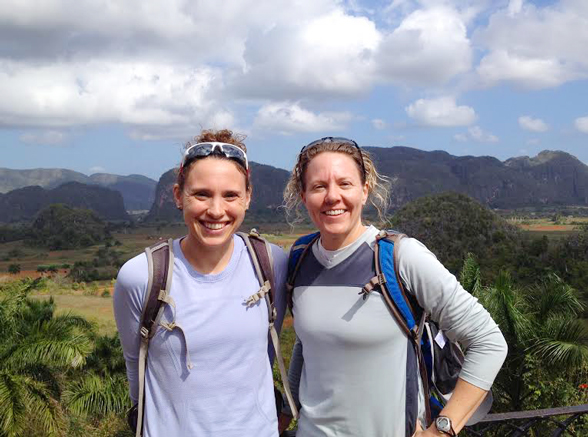 Our class was fortunate enough to travel with Canada to Cuba, who were able to successfully accommodate our class's diverse interests. We would like to thank Deidre and Elizabeth for organizing such a fantastic grad trip! We could not have asked for better chaperones or a more appropriate trip to culminate our time at Linden.