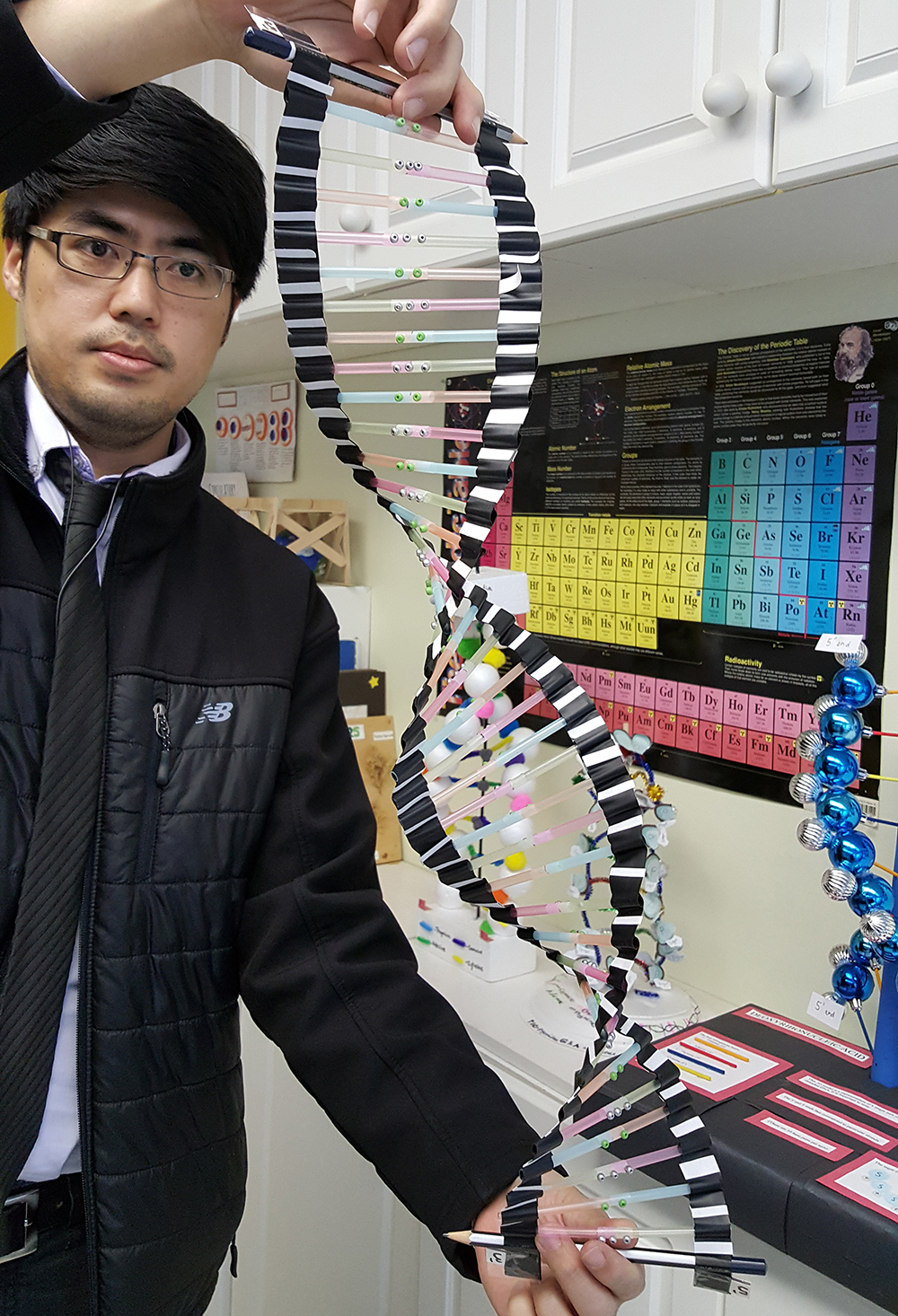 In 1974, Watson and Crick had their article on the discovery of DNA published in Nature. The article explained one of the most incredible discoveries of their time — the structure of the DNA double helix. Our Grade 12 students have studied Watson and Crick’s work and created their own models of the double helix. Students have ensured that their models have the correct chemical composition, including the precise number of base pairs per turn. One of the most interesting aspects of this excercise has been an examination of the role of Rosalind Franklin, a major contributing female scientist who may have been discounted for discovering the DNA structure. Linden students have written their own thoughts on the controversy regarding the discreditation of Rosalind Franklin. Along with the study of the DNA structure and the chemical composition of DNA, students have also examined the central dogma (DNA to proteins) — one of the most important fundamental concepts in biology.

"Rosalind Franklin played a major role in the discovery of DNA. She, however, passed away from cancer due to her frequent use of an X-ray machine. When her discovery of the helical structure won a Nobel prize, Franklin received no credit for her work. To me, this shows the sexist, racist, and discriminatory side of our society. I think it was incredibly unfair that she got little to no recognition for her efforts, and that most of the recognition she has received has only been given posthumously. Just because she was a woman did not mean that she was any less important than all the men involved in the work. Overall, Franklin was an amazing scientist and should have gotten all of the credit instead of none." —Maud C. Munn, Grade 12. 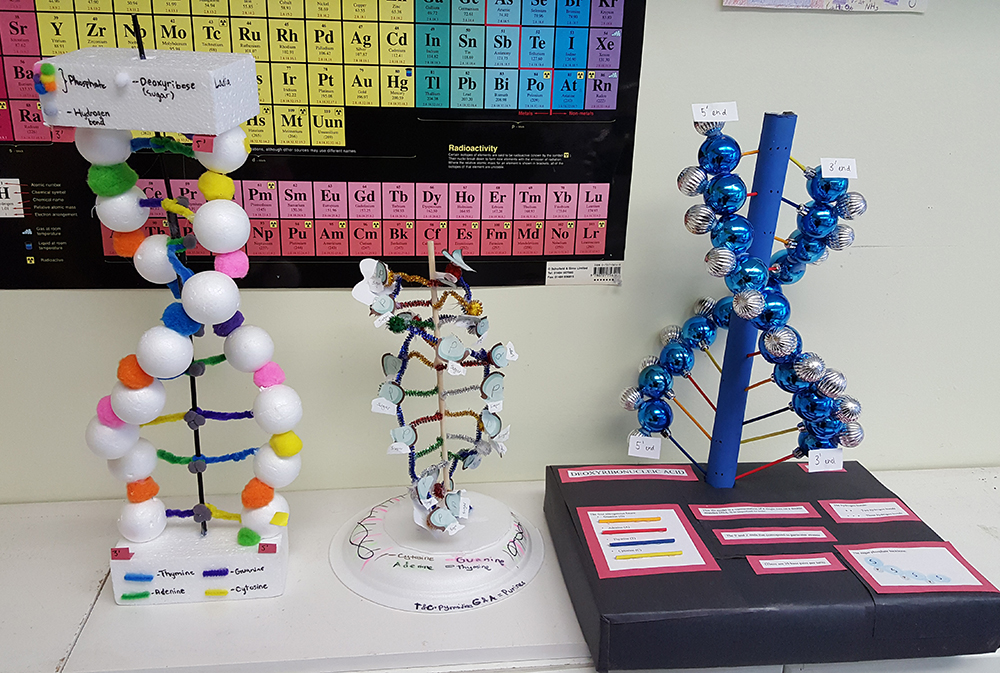 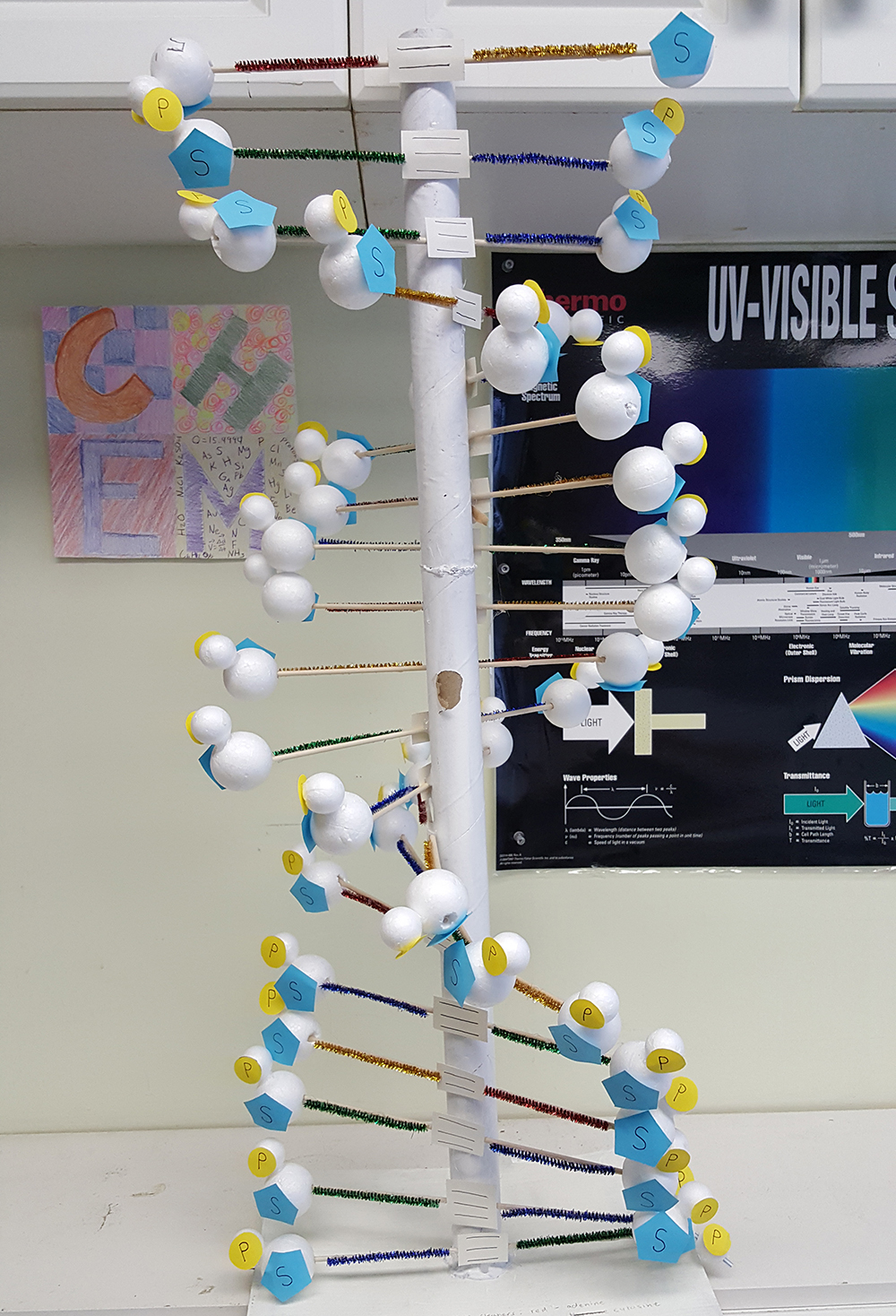