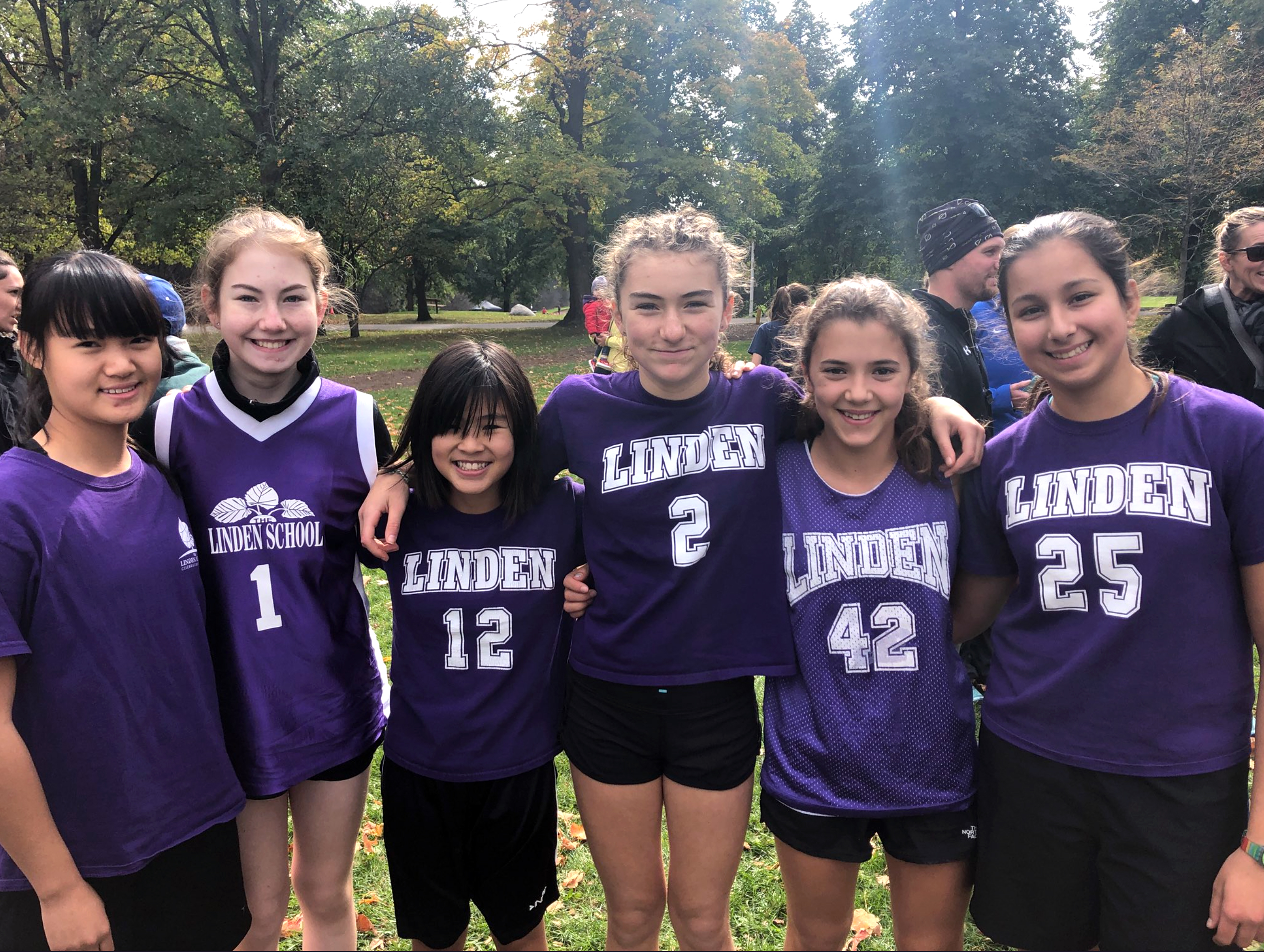 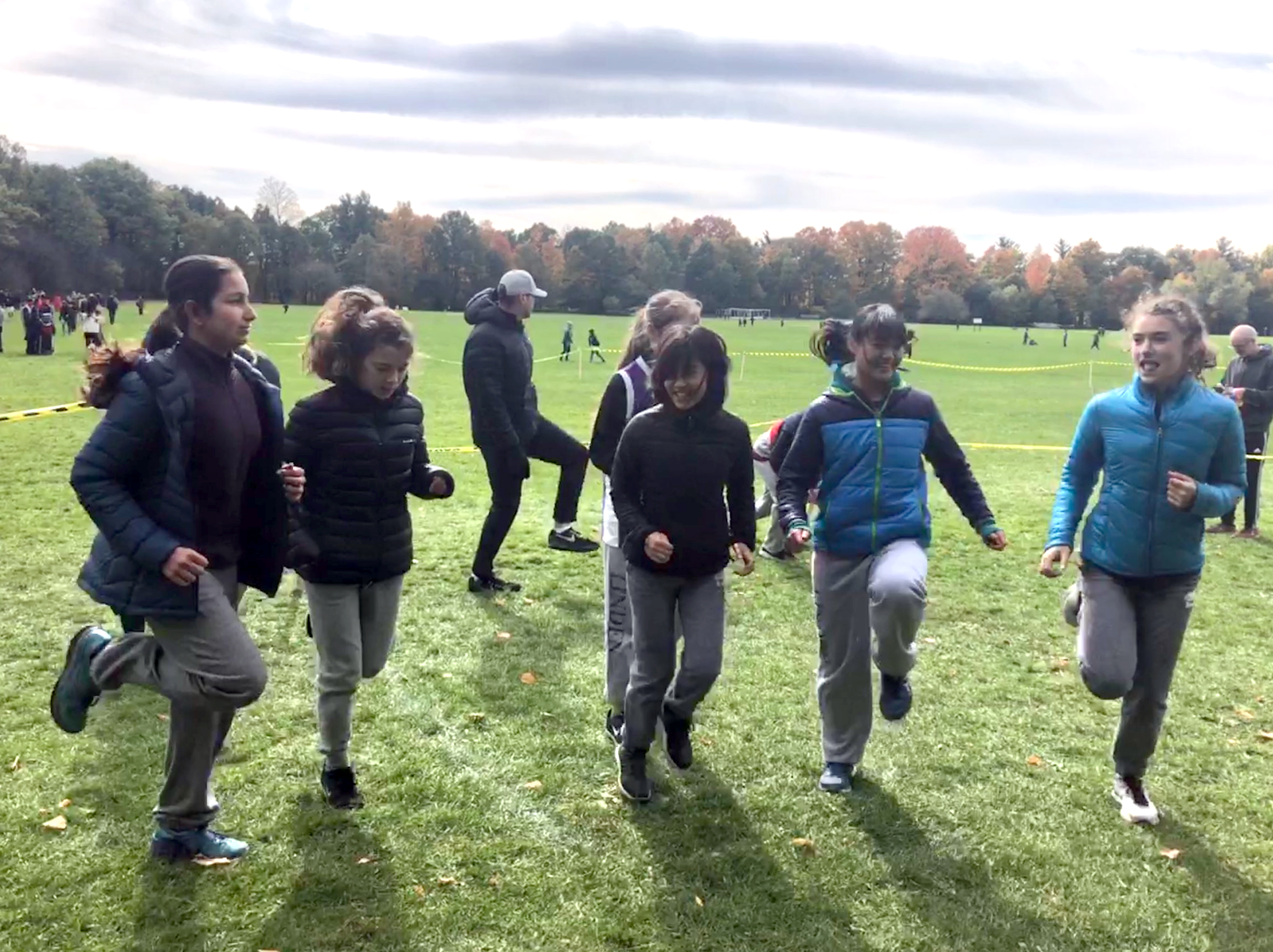 By Elizabeth Forbes, Physical and Health Education Teacher and Coach

Hills, distance, intervals — the Linden cross-country team didn't shy away from any of these physical challenges during workouts this fall. Every practice our runners came determined to push themselves and encourage their teammates to see what they could be capable of on race day. The junior and middle school teams competed at the Withrow Cup on October 10th. Maho, Skyla, and Anisa ran gutsy races in the U10 and U12 divisions. They went out hard, settled into their pace, and kept their cool as they did loops up and down hills on the challenging race course. At the end of their races, they were sporting sweaty smiles knowing they gave it their all and could celebrate the accomplishment of their training and competing for Linden.
The U14 team of Jade, Criona, Kassi, Nadia, Oliva, and Fei raced 3k and came away with a 3rd place team finish! With a mix of veteran and new racers, it was exciting to watch this U14 team work together early on in the race and then each execute their individual race plans so well — you could see their confidence grow as each racer ran a stronger second half of the race than the first. Congratulations Junior and Middle school teams on representing Linden Nation with such spirit, skill, and pride.

On October 19th, the middle school and senior teams raced at the SSAF cross-country championships at Sunnybrook Park. Like the U14 team, the U16 and U20 teams both were a mix of new and experienced runners. With individual race plans, individual goals, but the knowledge that they were each out there supporting each other like they did every day at practice, the Linden runners toed the line with a quiet confidence in themselves and their team. Often running together in packs in the early parts of the races, all three teams had VERY strong second halves of the race, responded to coaching cues, and dug deep to find that extra gear when they asked their tired bodies to give just a little bit more. With the support of their teammates (especially the U14 team who were all over the sidelines of the course after their own race cheering on the high school athletes) and their belief in self at the end of the day, the team came away with both U16 and the U20 championship wins! In addition, Rowan won bronze in the U16 race and Mieko 4th in the U20 race! Congratulations to Rowan, Intezar, Juliana, Bea, Meiko, Sophia, Rachel, and Ellen on your team titles and your incredible focus and perseverance on the race course. 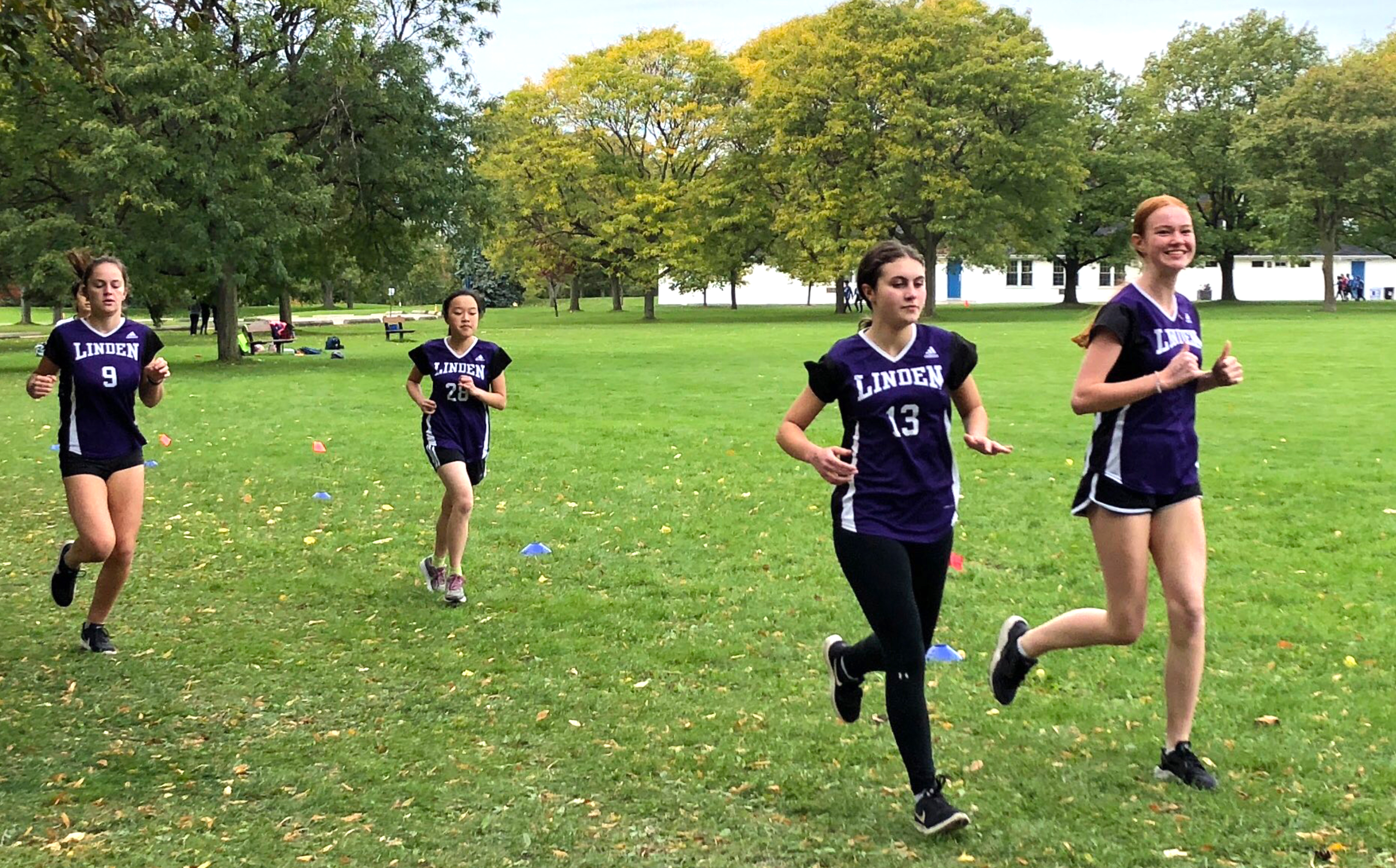 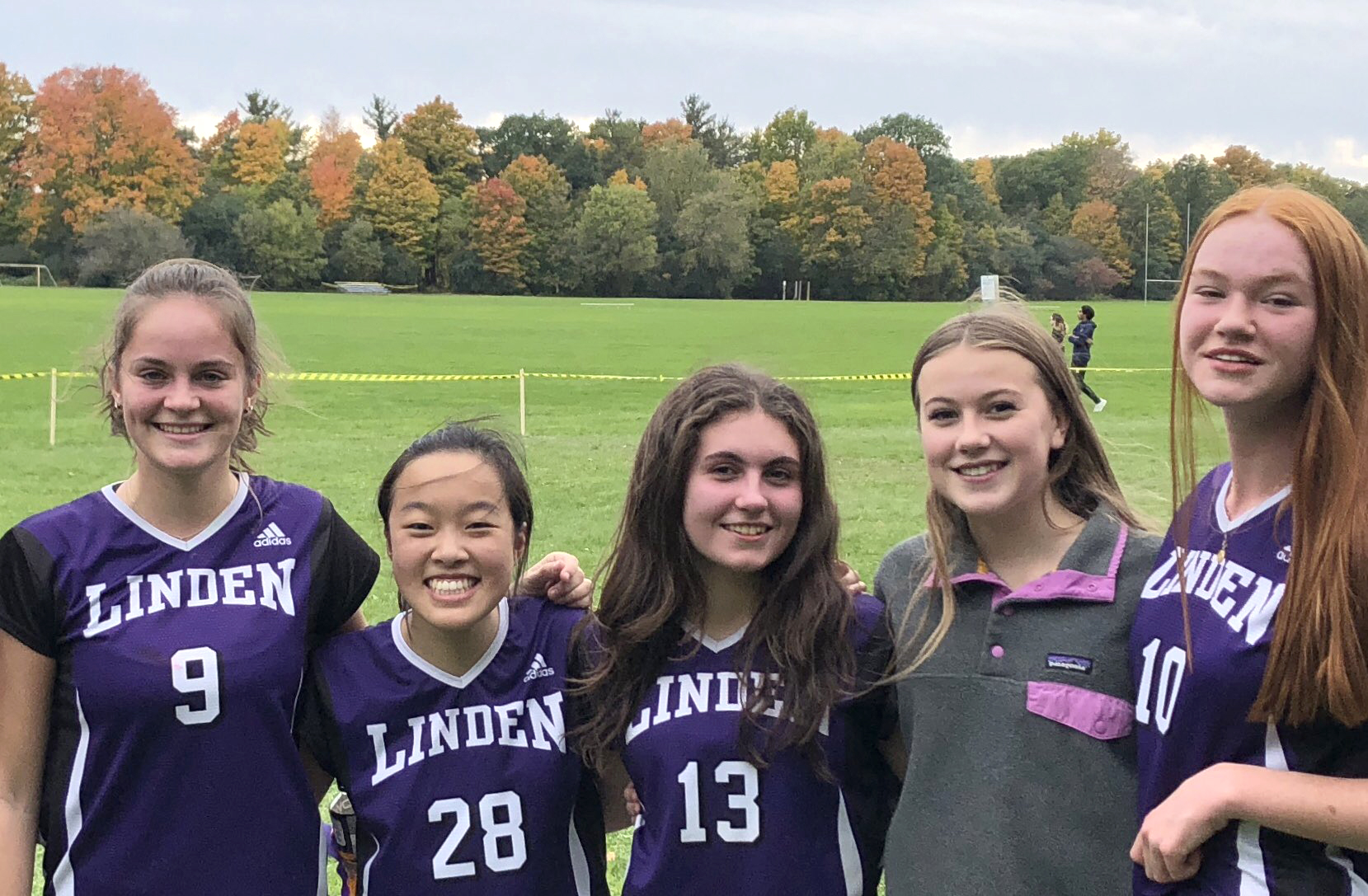 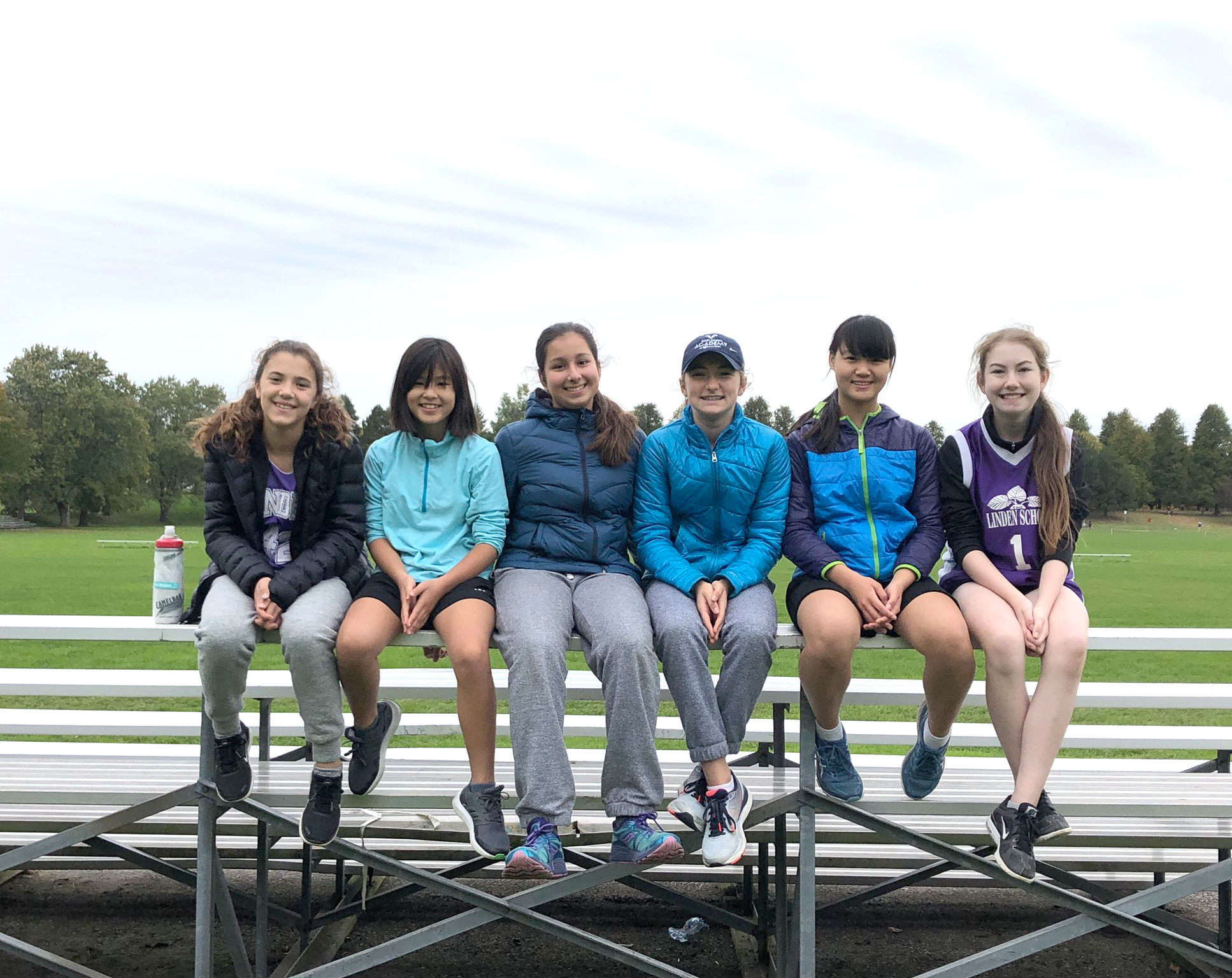