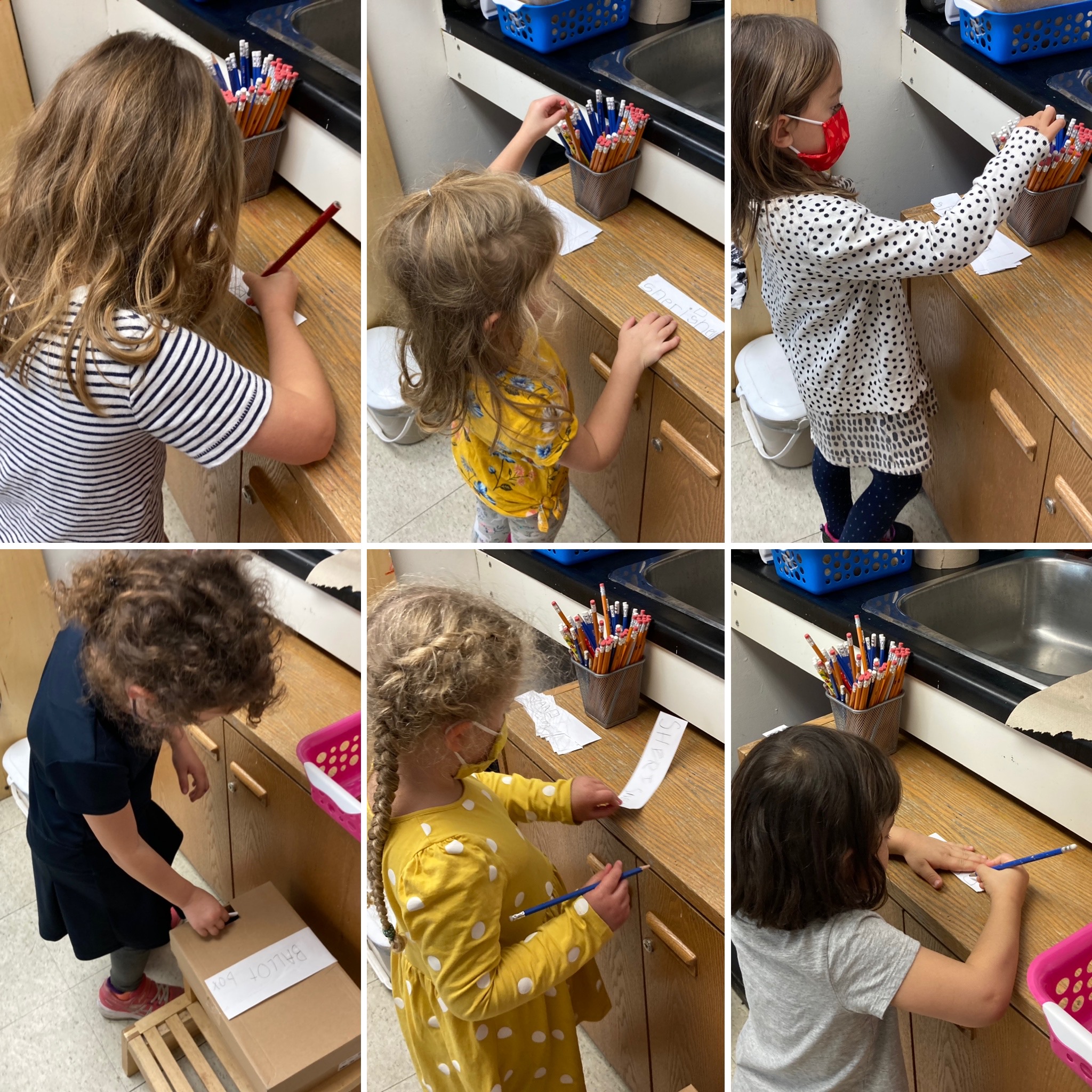 Linden's Early Learners at the polls.

Just like the world around us, the Linden hallways were buzzing in the past weeks about the US Presidential Election, anxiously awaiting the results.

In the wake of a Biden/Harris win, Tonja took this opportunity to teach the Early Learners about the importance of voting for policies one truly believes in.

“I felt it was important to talk to my students about what was going on, and they immediately jumped to putting on their own election during lunch,” explained Tonja Armstrong-MacInnis after the fact. 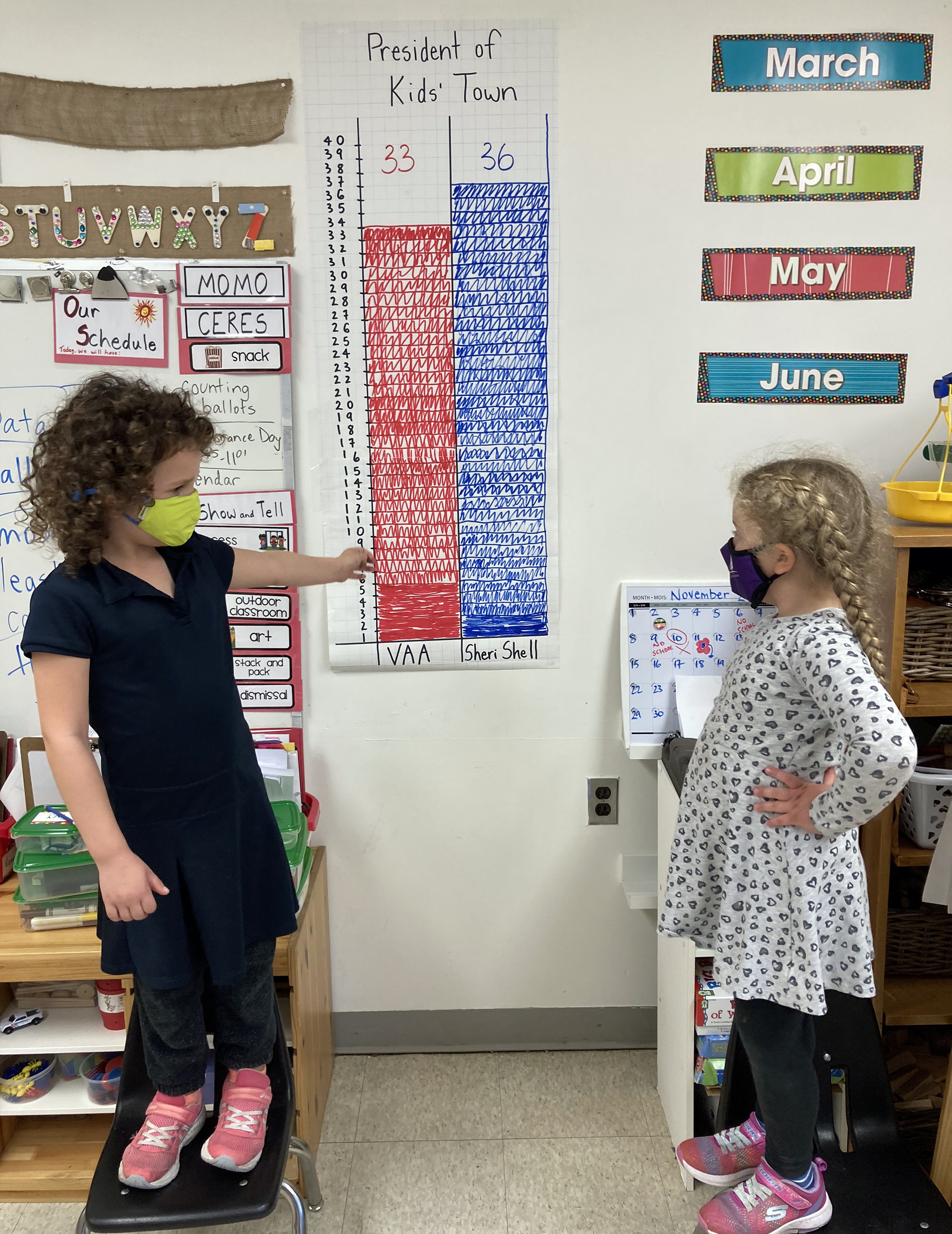 As the senior students in the EL class, Student V and Student D nominated themselves as the 2020 Early Learners Candidates with Student I mindfully stepping off the ballot. Tonja went on to teach the budding politicians about building a platform to tell others what each candidate would do should they be elected.

Student D ran a campaign of compassion, keeping in mind that everyone deserves to be happy, and said that she will see to it that we all find joy in our lives. Student V, on the other hand, was much more of a realist; she wants to remove all schools and roads to allow children to play anywhere they want. She hopes this will help the Kids’ Town community come together to explore our imaginations. 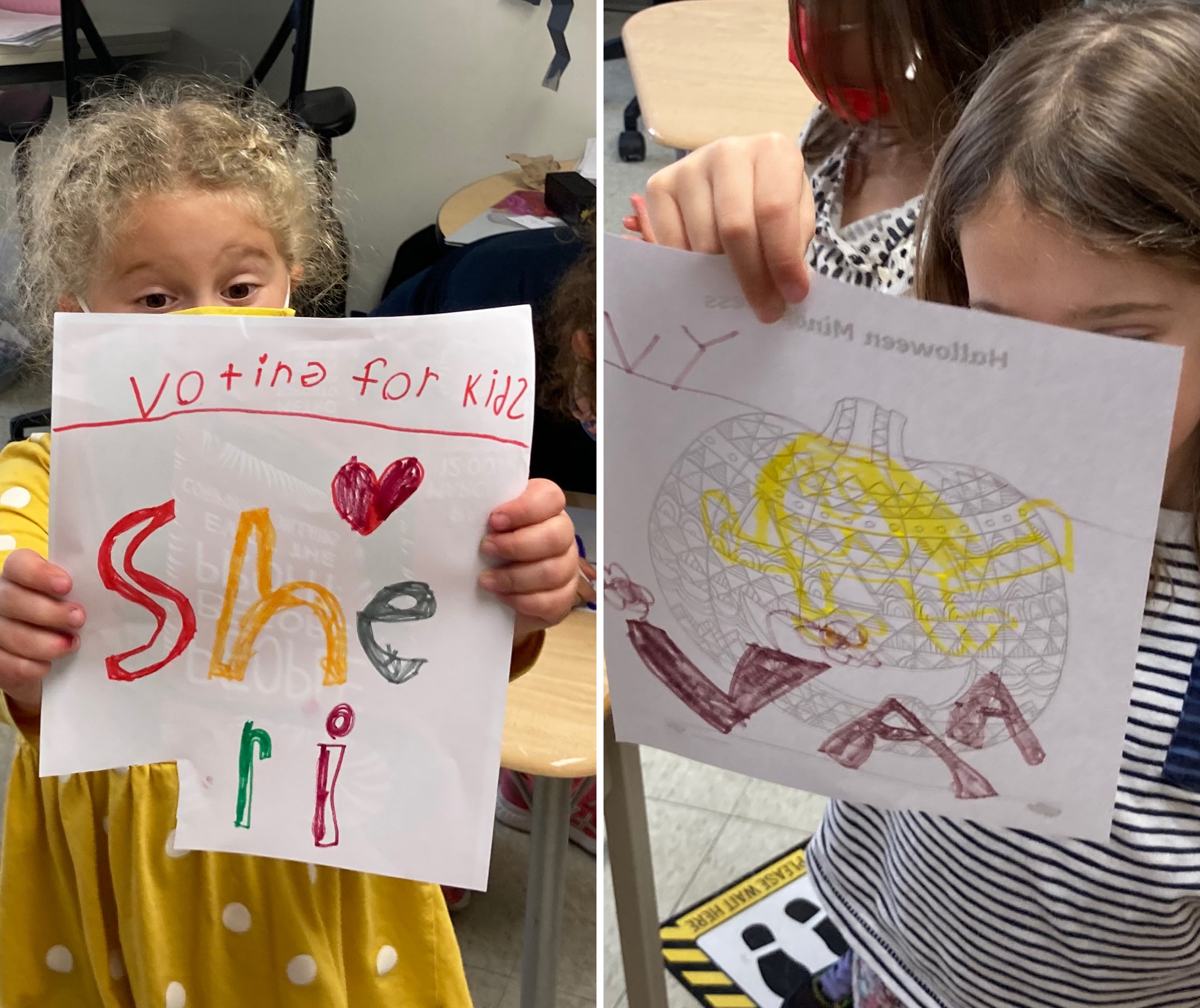 The grassroot campaigning kicked off with candidates rallying voters from around the school. Voters were led to the Early Learning classroom where a sanitized voting booth was set up. As all the ballots were entered and counted, both candidates spoke with each other about the importance of democracy. Each expressed that they would be thrilled for the other to win, and pledged to do everything they could to help the winning administration with their governing.

With every single vote counted, and all instances of voter fraud squandered, this election was finally ready to be called. Tonja’s early predictions came in with Student D winning by a small fraction of the vote. Student V proved to be gracious and noble in her concession to her classmate and friend.