An Inspiring Year in Haïti: a Conversation with Soteira Briginshaw 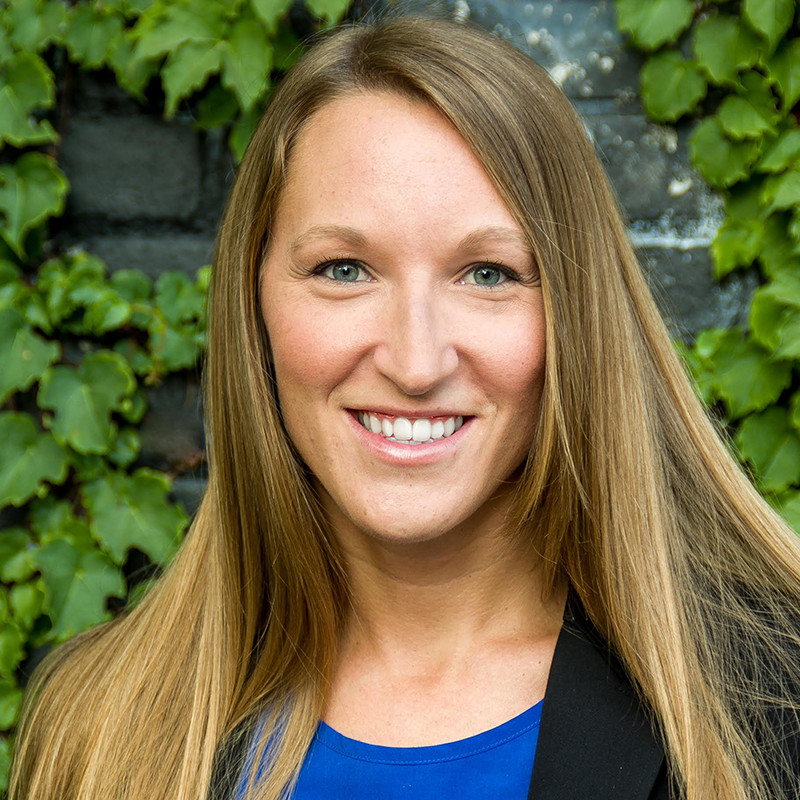 Soteira brings a great deal of passion and insight from her background in social services and teaching experience in Mozambique and Haïti. She believes that even at a young age, her students can begin to think critically about media messages they encounter and social inequities they observe. She is also firmly committed to helping her students develop strong social-emotional skills, empowering them to build healthy, authentic, and sustainable relationships with one another. Soteira has spent time working in women’s shelters, sexual assault centres, and restorative justice programs for Toronto youth. Soteira currently volunteers with the Toronto Rape Crisis Centre. She was also named the YWCA Young Woman of Distinction in 2012. Soteira has an Honours B.A. from Queen’s University and earned her B.Ed. from OISE/UT.

This is Soteira’s sixth year at Linden. She presently teaches Grade 5 and previously taught Grades 1, 2, and 4 at Linden. Soteira spent last year teaching and volunteering in Haïti. 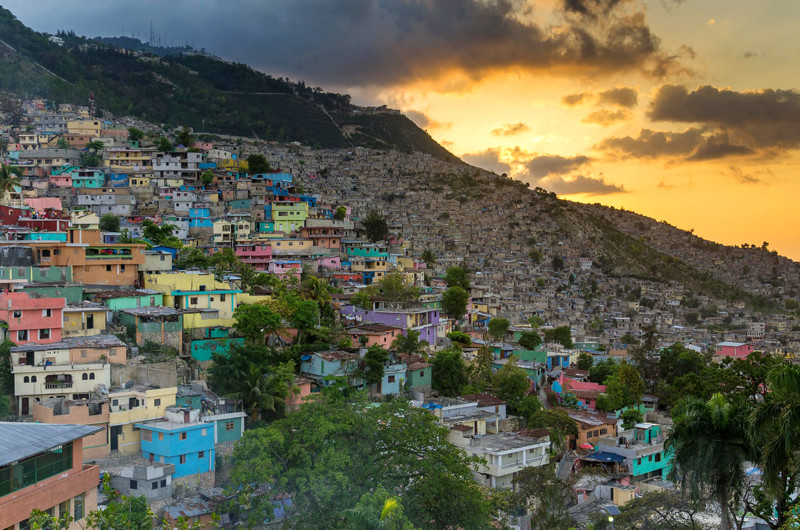 Linden: We often see Canadian educators taking time off to teach/work in different parts of the world. What inspired you to select Haïti?

Soteira: I previously taught in Mozambique through Canada World Youth and gained so much from the experience. I was working in a school in a village outside of Manhiça, 70 kilometres from the country’s capital, where less than 4% of girls in the area attend secondary school and almost half of the female population is illiterate. My time in a Mozambican classroom was a very formative experience for my teaching practice and helped shape a lot of the values that I still try to help develop in my students at Linden today.

I knew I wanted to teach internationally again, this time with my partner Justin, so when the opportunity came up at Union School in Haïti, we jumped at it. Haïti is culturally similar to Mozambique in many ways, which is something I was seeking. My family had also lived in Haïti for many years so it was a great opportunity to get to know a country that had been such a significant part of their lives. Haïti has such a fascinating history of struggle and resistance, which drew me to the country. It is the only nation in history to be formed as a result of a successful slave revolt and because of this, a passionate nationalism and fierce sense of independence remain. When I decided on Haïti, I was also very excited at the prospect of strengthening my abilities in French.

Linden: What were some of the challenges you faced in Haïti?

Soteira: Well logistically, as a Canadian teacher, teaching from an American curriculum was an adjustment for me. That being said, it was also informative to have an inside look at some of the challenges of the Common Core curriculum, which has been the subject of substantial debate in the U.S. I taught integrated classes, which included students with significant special needs alongside “mainstream” students; my classes were also much larger than Linden classes and they were co-ed. While some of my students were children of American embassy and NGO workers, the majority were children of the Haïtian elite. Many of the students came from incredible privilege and, in all likelihood, will grow to be future decision-makers in the country. Growing up in periods of political turmoil and environmental disaster, many had adopted their parents’ apathy toward the state of the country and the lives of its more vulnerable citizens. Part of my focus was to help these students understand the power and privilege they had, as well as to recognize that the struggles of their fellow citizens were often a result of environmental stresses, limited infrastructure, or a lack of resources, as opposed to a lack of effort. Some of the examples I provided them were those of inspiring local leaders who had grown up in poverty but were extremely resourceful and entrepreneurial in helping bring social and economic change within Haïti.

From a feminist perspective, it was also challenging to observe some of the barriers facing women in the country. Through my volunteer work with YWCA Haïti, I saw girls and women whose lives had been affected by violence or who struggled to access education. Particularly amongst the privileged population that I worked with at Union School, I also observed the impact of “western” beauty ideals on the relationships my female colleagues and students had with their bodies. There was a lot of disordered eating and critical messaging around women’s bodies that echoed issues women in Canada are battling with. Among other reasons, it affirmed my desire to return to Linden, to continue the work of dismantling these harmful cultural messages with our girls here. 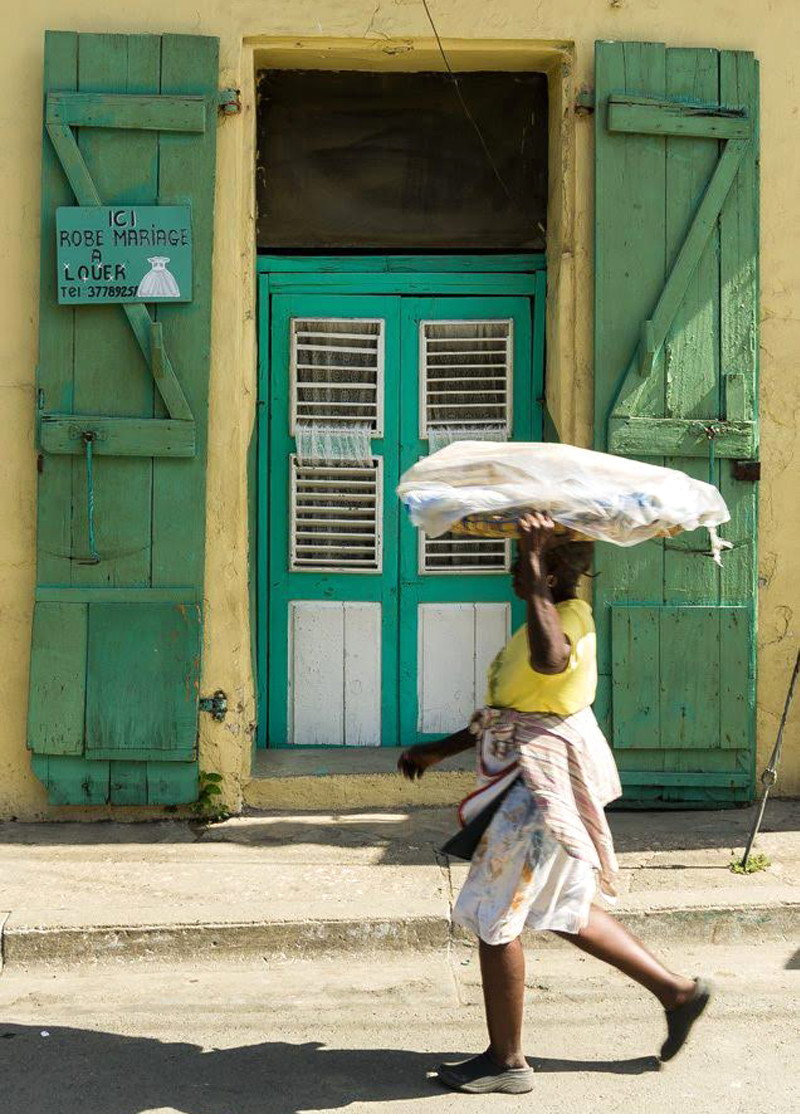 Soteira: I learned a lot about Haïtian history. In a country where you can climb through the majestic Palais de Sans-Souci, which is more than 200 years old, without the Plexiglas or guiderails that almost always separate the visitor from the site, it is hard not to feel enlivened by and connected to the history. There were weekends where we’d drive out to the middle of a farming area to visit an old fortification built in 1806 and be totally free to climb through it; totally free, except when a soccer game was being played by local kids inside. Soccer is the ultimate Haïtian trump card.

I found that the country is totally misrepresented by the media. I am reminded of this each time I talk to people about my experience there. Their questions are formed by a unilateral portrayal of Haïti as a country of violence, disorder, and chaos. The systems of organization are different, yes, but they do exist, and if you are open to it, it can help you learn to be a lot more flexible. There is also a tremendous amount of beauty. We got out of Port-au-Prince whenever we could and visited some of the most breathtaking beaches and historic sites I’ve ever seen throughout my travels. A highlight for me was hiking from Furcy to Jacmel. One of the most well-known Haïtian proverbs — dèyè mòn gen mòn — means “beyond the mountains, more mountains” and pretty perfectly encapsulates the 44-kilometre hike for me. But the views couldn’t be beat.

The people are incredible. I honestly cannot say enough about this. For a country that has been so misled and micromanaged by many of the foreign “occupiers” over their turbulent history, I was constantly meeting people who were eager to introduce a “blan” like me to their favourite aspects of the country with such openness. There is a spirit of generosity and vibrant storytelling that is infectious.

My time volunteering with the YWCA in Haïti was another highlight for me because it helped me connect with a different local population and allowed me to continue working within a worldwide movement that I had been a part of in Toronto. YWCA Haïti is a very young organization and is doing an incredible job of creating a space where girls and women can learn to love and care for their bodies and minds. They are also fostering leadership skills in young women and advocating for an end to gender-based violence. The women I got to work with there are so invested in their community and are building a sustainable response to the challenges facing women and girls, both locally and internationally.

Linden: What brought you back to Linden?

Soteira: What we have at Linden is special. While I loved my time at Union School, I truly missed Linden’s feminist environment and the freedom to speak openly about social issues. This community is invested in raising change-makers and I think that’s pretty spectacular. I missed seeing our students grow into formidable advocates who aren’t afraid to speak their minds or to have the tough conversations. My colleagues also brought me back. There are so many committed individuals in this building that I appreciate being able to collaborate with and learn from, who are truly invested in this place and in the students we work with.

Linden: What's the most important thing you want your students to learn/know/achieve before they move on to Grade 6?

Soteira: How to build community. So often, as girls and women, we are taught that we need to tear each other down to feel successful. I want to help my students form relationships that are authentic, affirming, and supportive. I want them to help build each other up and to find success as a collective, as well as individuals. It is impossible to combat violence and injustice in our broader community without addressing the ways that it is present in our own community, and this includes relational aggression. It’s a lofty goal and I can’t say that it will be “achieved” by the time they move on to Grade 6, but I’d like to help build the foundation for that kind of interaction.