A Powerful Day of Learning at the Woodland Cultural Centre 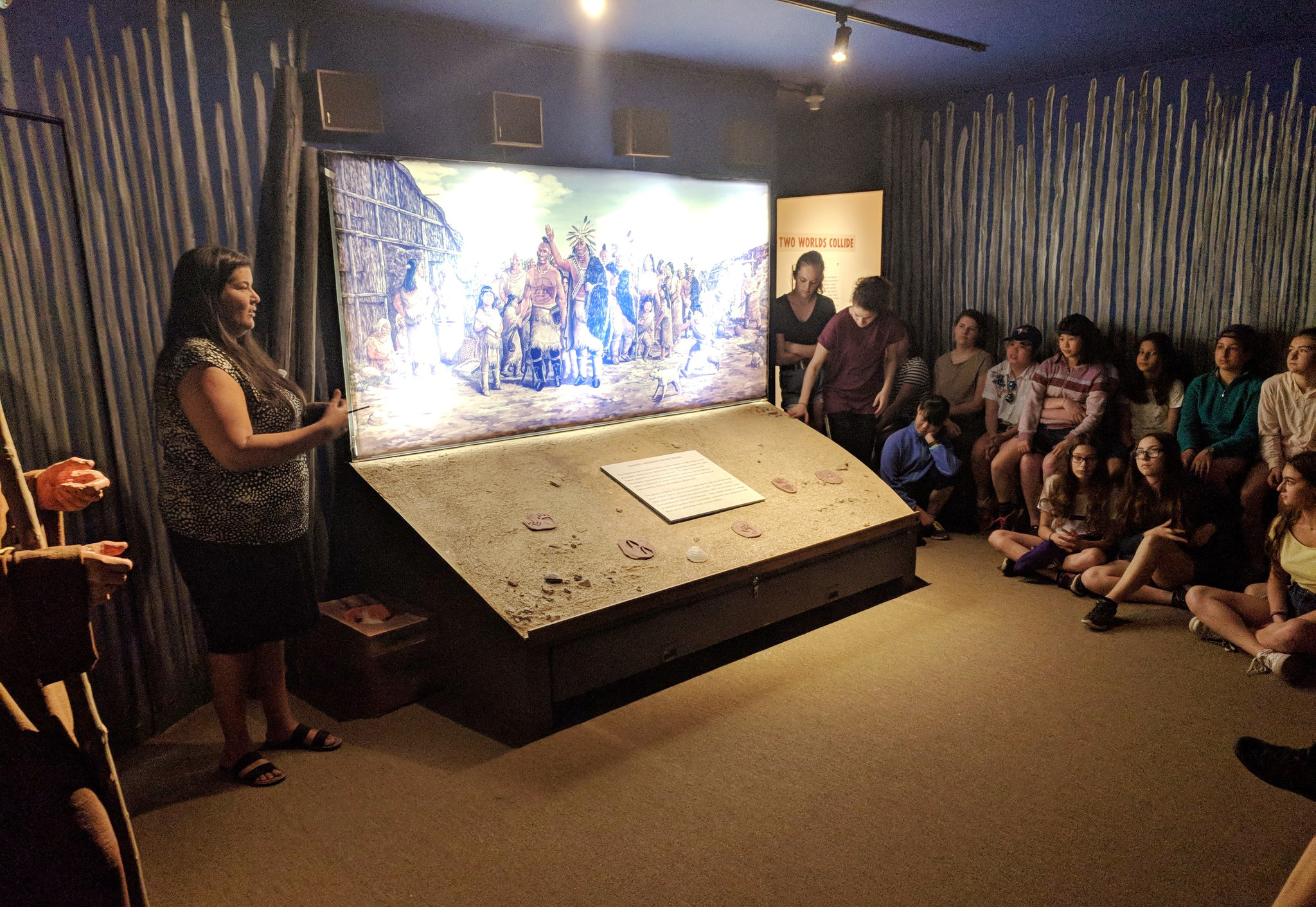 Students learning about the history of the residential school.

On May 30th, students from grades 1–5, 7, and 10 ventured out of the city by school bus to visit an important historical site near Brantford. Formerly known as the Mohawk Institute Residential School, the Woodland Cultural Centre (WCC) operated as a residential school until 1970 and was the oldest continuously Anglican-operated residential school in Canada.

In 1972, ownership of the school was transferred to the Association of Iroquois and Allied Indians, who established a museum and cultural centre. Linden students began their day with a museum tour to learn about the Haudenosaunee, Wyandot, Seneka, Cayuga, Onondaga, Oneida, and Mohawk peoples and how their lives were impacted by European colonization. After a lunch break, we watched a virtual tour of the residential school.

Many students felt particularly impacted by the story one survivor told about older boys who lifted younger boys who missed home onto the top of lockers so they could hug the hot water pipes, close their eyes, and pretend they were hugging their mothers. They also expressed wonder at the precious belongings, like candy wrappers and small toys, that were found hidden in the floorboards and in the walls of a hidden crawlspace that older children used to visit each other when they were separated by gender.

The WCC educators answered questions after the video and middle school students remarked that they were "surprised at the compassion that the kids showed each other." Then we moved into our final activity of the afternoon: clay beading. The students learned about woodland beading designs and used them as inspiration in their own bead designs. 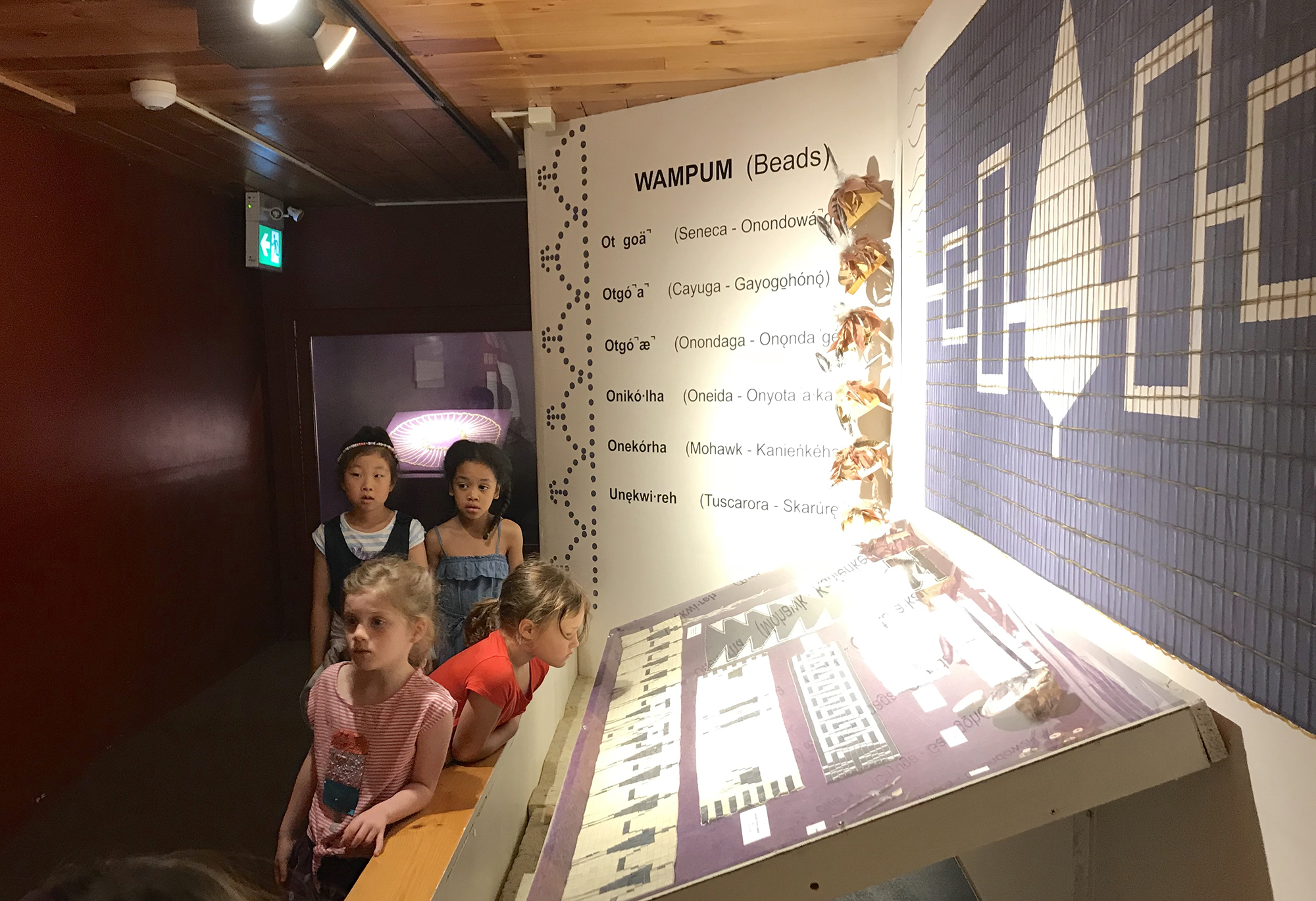 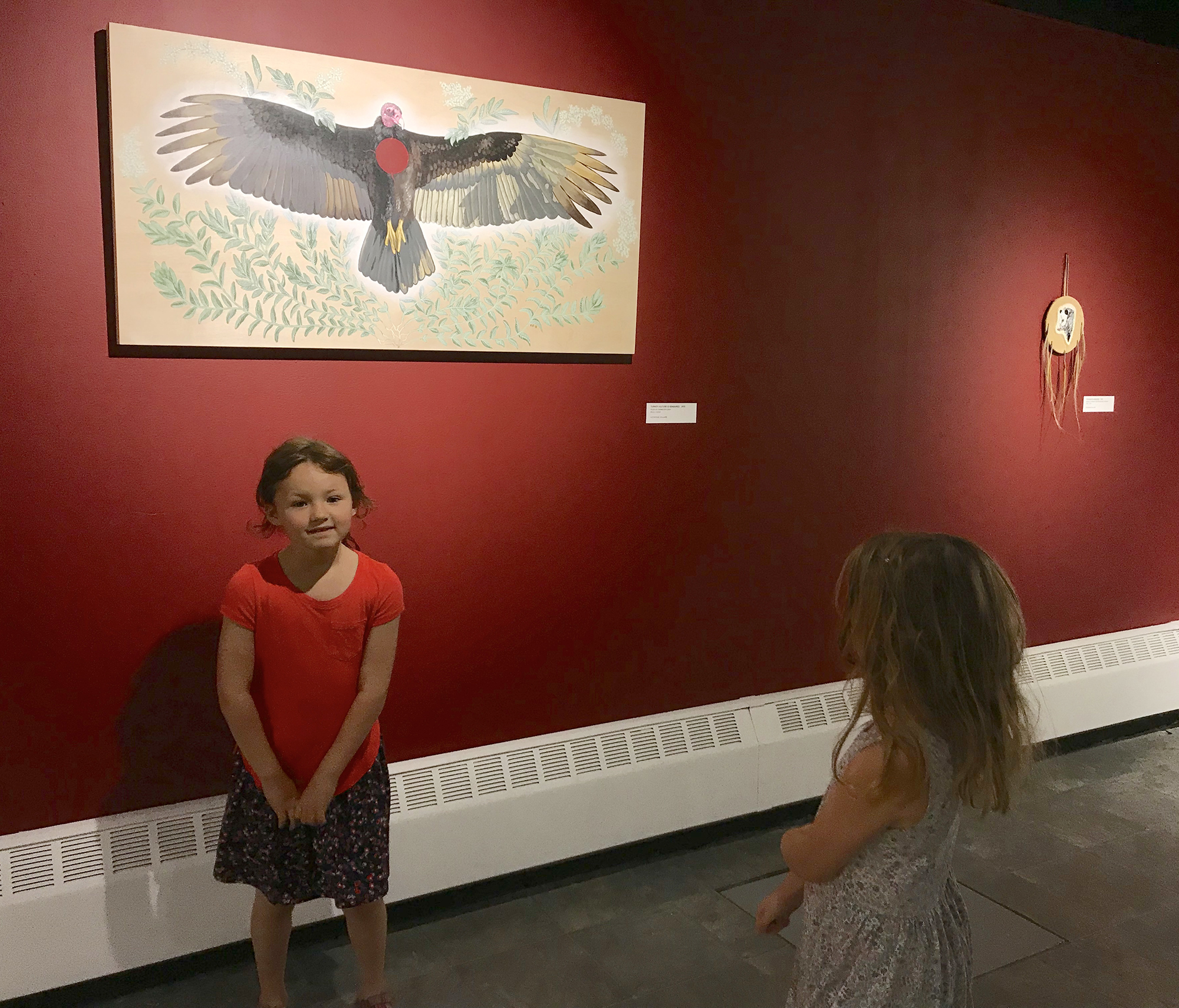 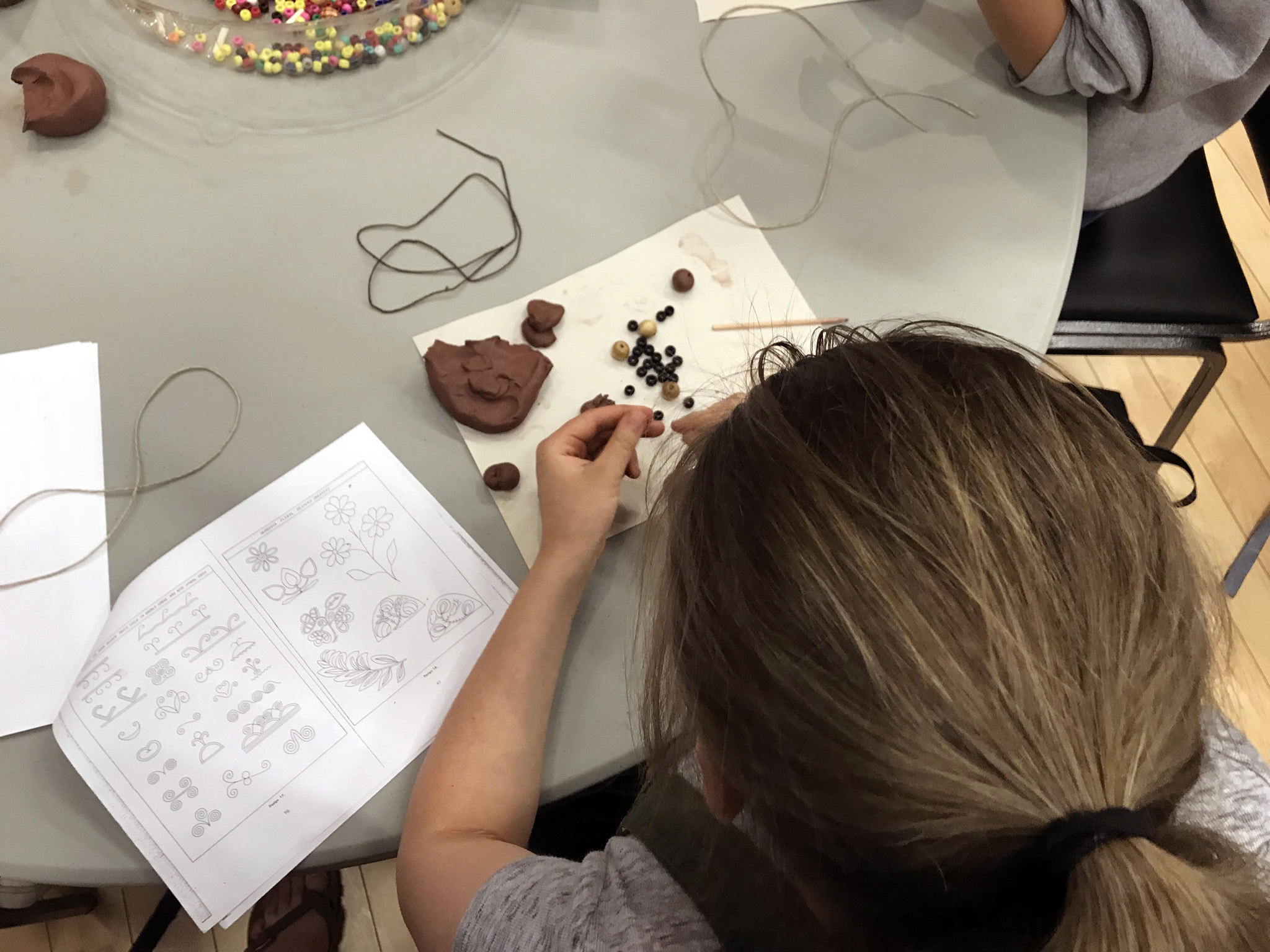 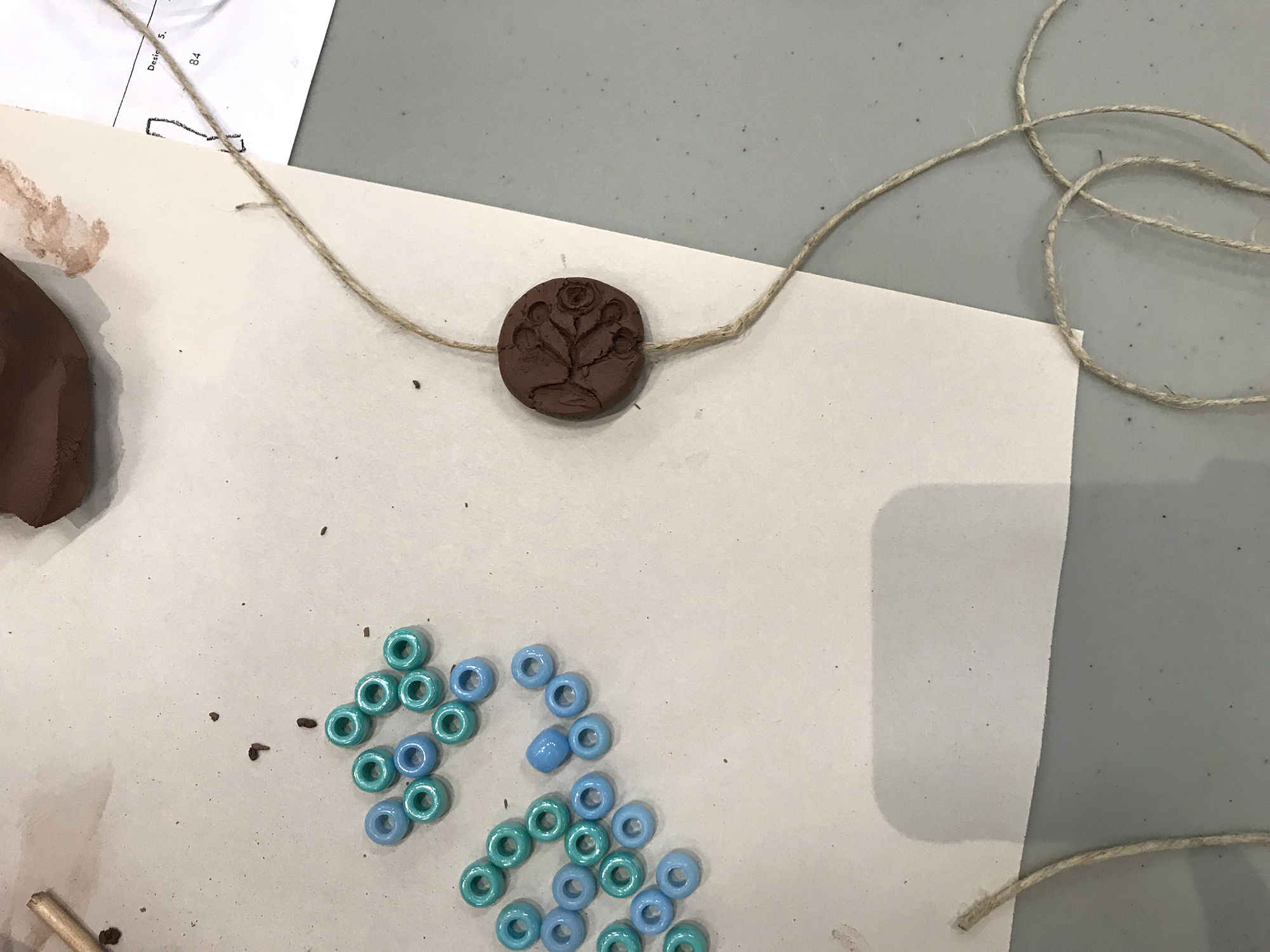