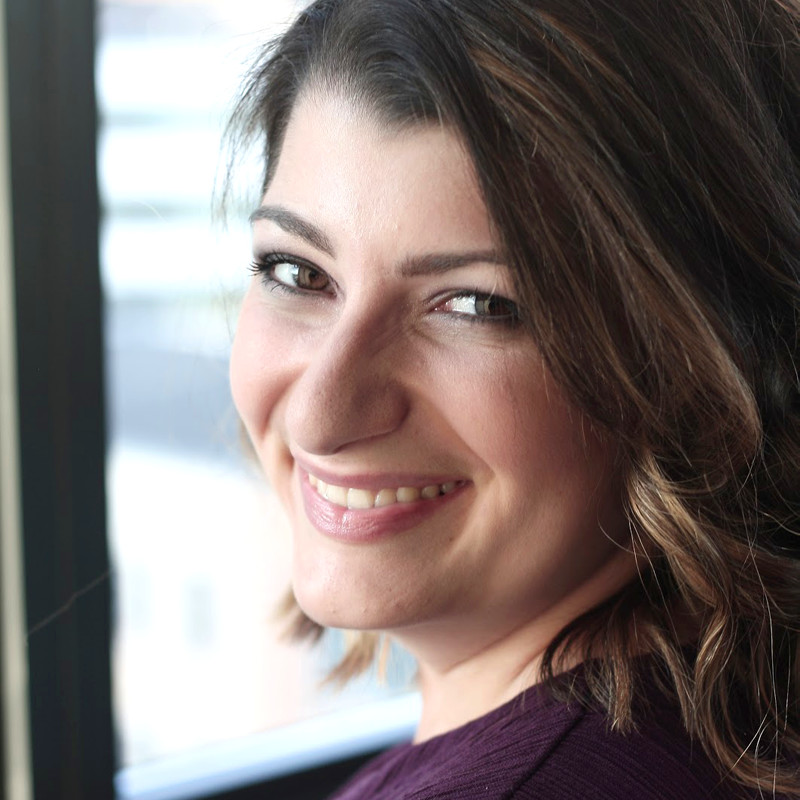 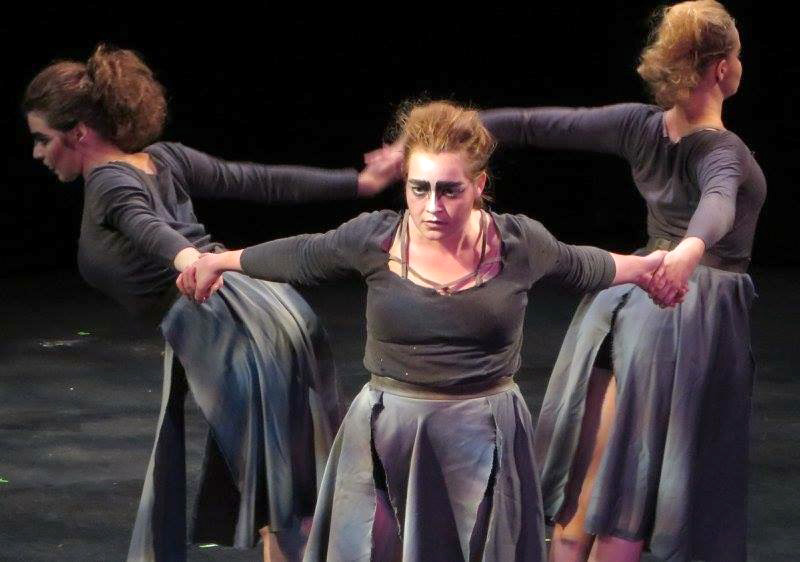 Alannah Bloch graduated from The Linden School in 2011 and is presently at the University of Victoria (UVic) in British Columbia. She is pursuing a Bachelor of Fine Arts, with a major in Theatre and specialization in Acting and Directing.

Linden: Congratulations on your new show The Wyrd Sisters, which is playing at the Victoria Fringe Festival, and the wonderful news coverage you received through the recent Times Colonist article! Could you tell us about the evolution of this show and what inspired you?

Alannah: I've always been inspired by the works of William Shakespeare. I first came up with the premise for The Wyrd Sisters during the summer of 2013 when I was studying at the Royal Academy of Dramatic Arts in London, England. At that point it was just an idea. It was not until I submitted the show for the Victoria Fringe Festival back in January that I really started to build the vision behind the piece. It was always going to be a dance-based piece. Although I personally do not have a lot of dance training, I've always loved the art form. I asked my friend Nicola (who also played one of the Sisters) to choreograph the piece. And then I talked with Carl Keys, who is really into West Coast Bass Music to do the soundtrack. In the end, we created something really special. A devised theatre piece using the words of Shakespeare, set to original dance music with new choreography.

Linden: What are some of the other productions you have been involved with?

Alannah: I have performed in two Phoenix Mainstage productions: The Skin of Our Teeth and A Midsummer Night’s Dream at the University of Victoria and I will be in Summer and Smoke, another Mainstage production, in March 2016. I was also a part of two Student Alternative Theatre Company shows, Negative Colours and Footprints.

I have spent two summers (2013 and 2014) as an Associate Artist at Pleiades Theatre, which is the only theatre company in Toronto dedicated to bilingual, French and English productions. During my first year, I helped organize their annual fundraising event, and this past year, I organized the auditions for their upcoming production, as well as designed and created their social media platform. During the summer of 2013, I was one of 28 students accepted into the prestigious Royal Academy of Dramatic Arts' eight-week Acting Shakespeare program in London, England. 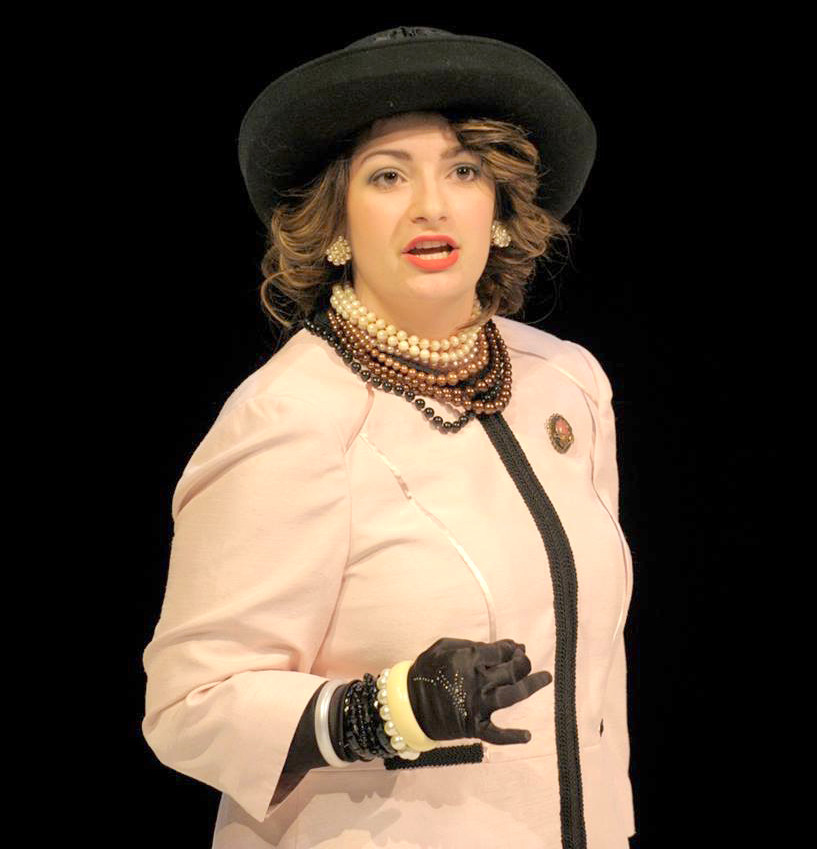 Linden: How has your experience at Linden influenced your personal and professional growth?

Alannah: At Linden I was taught to question assumptions, think about the world from many perspectives, and advocate for myself. As my Grade 11 history teacher once said, “You need to think about not just who wins in history and in life, but also those who lose.” Linden’s mission stresses excellence, equality, equity, justice, service, and lifelong learning. These are the values I grew up with during my nine years at Linden and they have guided my future. Linden helped shape the woman that I am today. I am outgoing and enthusiastic, sociable, willing to try new things, and committed to helping others.

Linden: What advice would you give Linden students today?

Alannah: Never doubt your creativity. Linden stresses the importance of excellence, but people often think that only applies to Math and Science, but it holds true for the Arts as well. During my four years at UVic in the Theatre Department, I have learned valuable skills in marketing, networking, business strategy, how to make a budget, stick to deadlines, how to make sets and costumes (which involve a high degree of knowledge of physics and engineering), communication, and psychology, in order to build a character. Theatre is truly a universal art form and it's important for people to remember that. Linden aided in creating a foundation of knowledge that I was able to take with me to UVic. Indeed, I learned about marketing, networking, and business strategy in my Grade 9 computer class. I learned budgeting in math. Sticking to deadlines and communication is pretty important in all areas, as well as an understanding of psychology, which I acquired from my Grade 10 Anthropology, Psychology, and Sociology courses. Linden students need not worry about university. They have all the tools and knowledge they will need, thanks to attending Linden.

Linden: What advice would you give their parents?

Alannah: Let your kids find their passion and let them follow it. It's hard because there's this notion today that kids need to know where they are headed by the time they hit high school (I was definitely one of those "I have a ten year plan" types) but some just have no idea what they want to accomplish in university. I say, let them try everything — Arts, Science, Math, English, History, volunteering, travel... anything really! Let them discover who they are and who they want to be in their own time. It's not a race, it's a lifelong journey.

Linden: What else are you working on these days?

Alannah: I am completing the Directing Specialization this year, which includes directing a one-act production over the course of three nights. The production I will be directing is Irish playwright Brian Friel's Play Lovers-Winners, which is set to premiere in late November. I will also be playing Mrs. Bassett in Tennessee Williams' play Summer and Smoke in March at the Phoenix Theatre. During the course of this school year I will be applying to conservatory programs in Acting across North America. Hopefully next fall I will be studying at one of these prestigious programs.

Finally, DamnSpot Theatre (my theatre company founded for The Wyrd Sisters) is going to start crowd-funding to bring The Wyrd Sisters to Scotland, so that we can hopefully become part of the Edinburgh Fringe Festival next summer. It's going to be a busy and productive year!