Our Annual Social Justice Data Fair was a huge success, drawing over 150 guests who came to participate in our open house event. Our guests included students from the Mabin School, as well as the Grade 7 math class from City View Alternative, who thoroughly enjoyed listening to our student presentations and exploring the project exhibits.

The fair highlights Linden’s innovative curriculum and its cross-disciplinary approach. Though the projects are centred on math and data, they allow each student to explore a social issue they are interested in by synthesizing many of their social science subjects, such as history, politics, and geography. 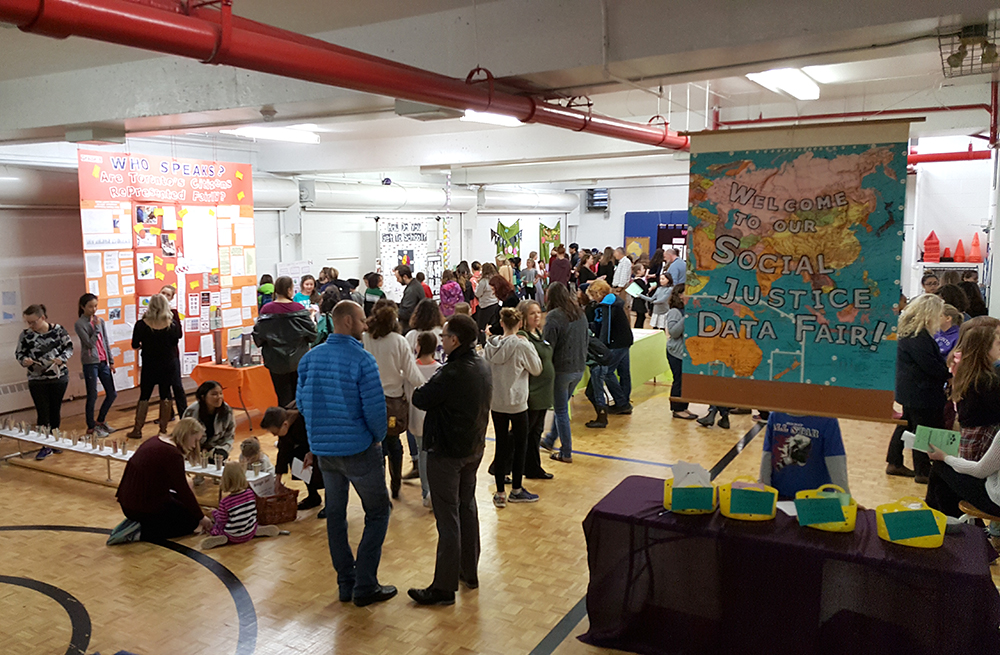 Our annual event just gets better and better! This year, we had a record number of attendees. 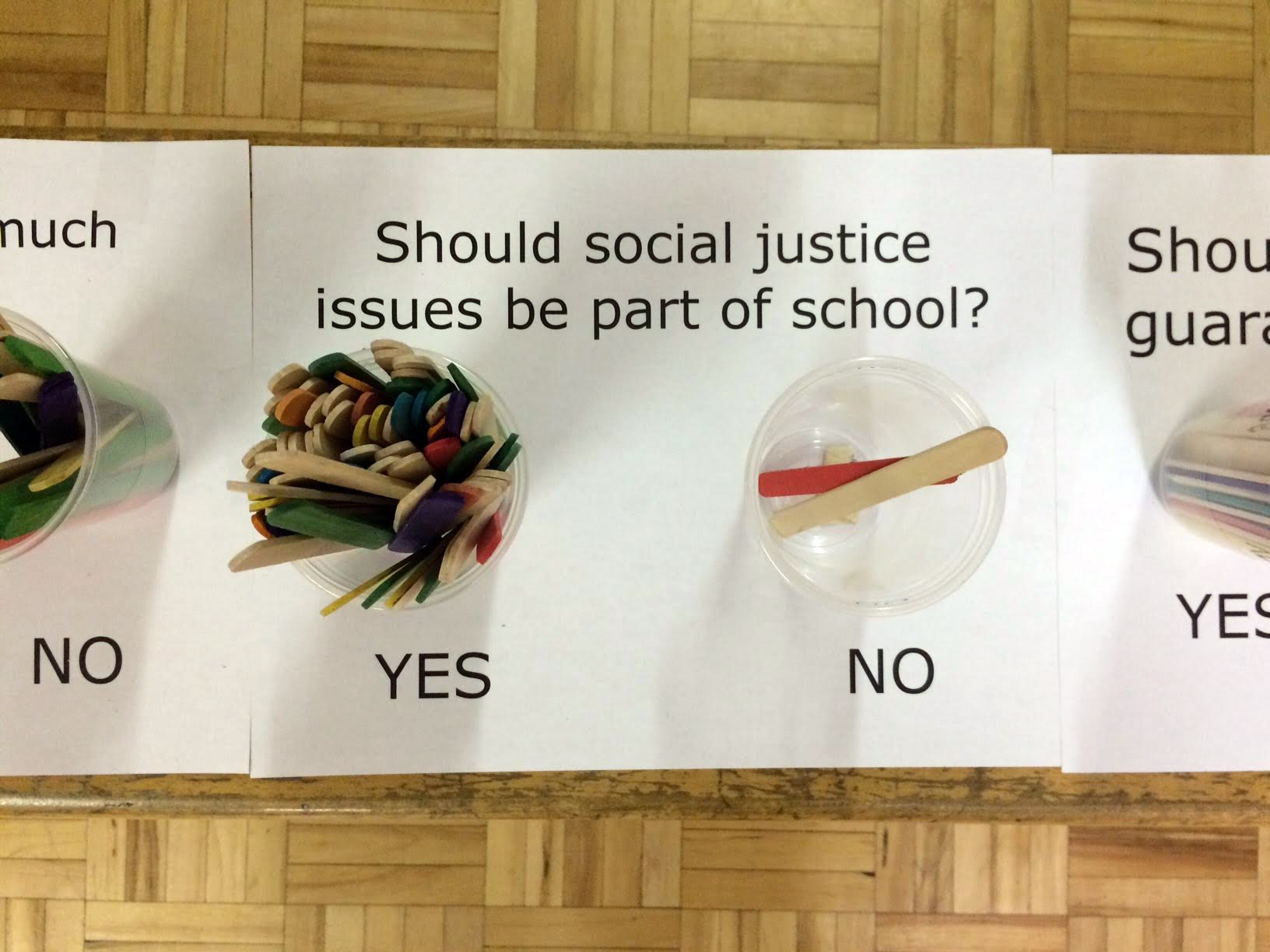 Participants took part in a "popsicle stick" poll to gather their opinions on a number of topics. 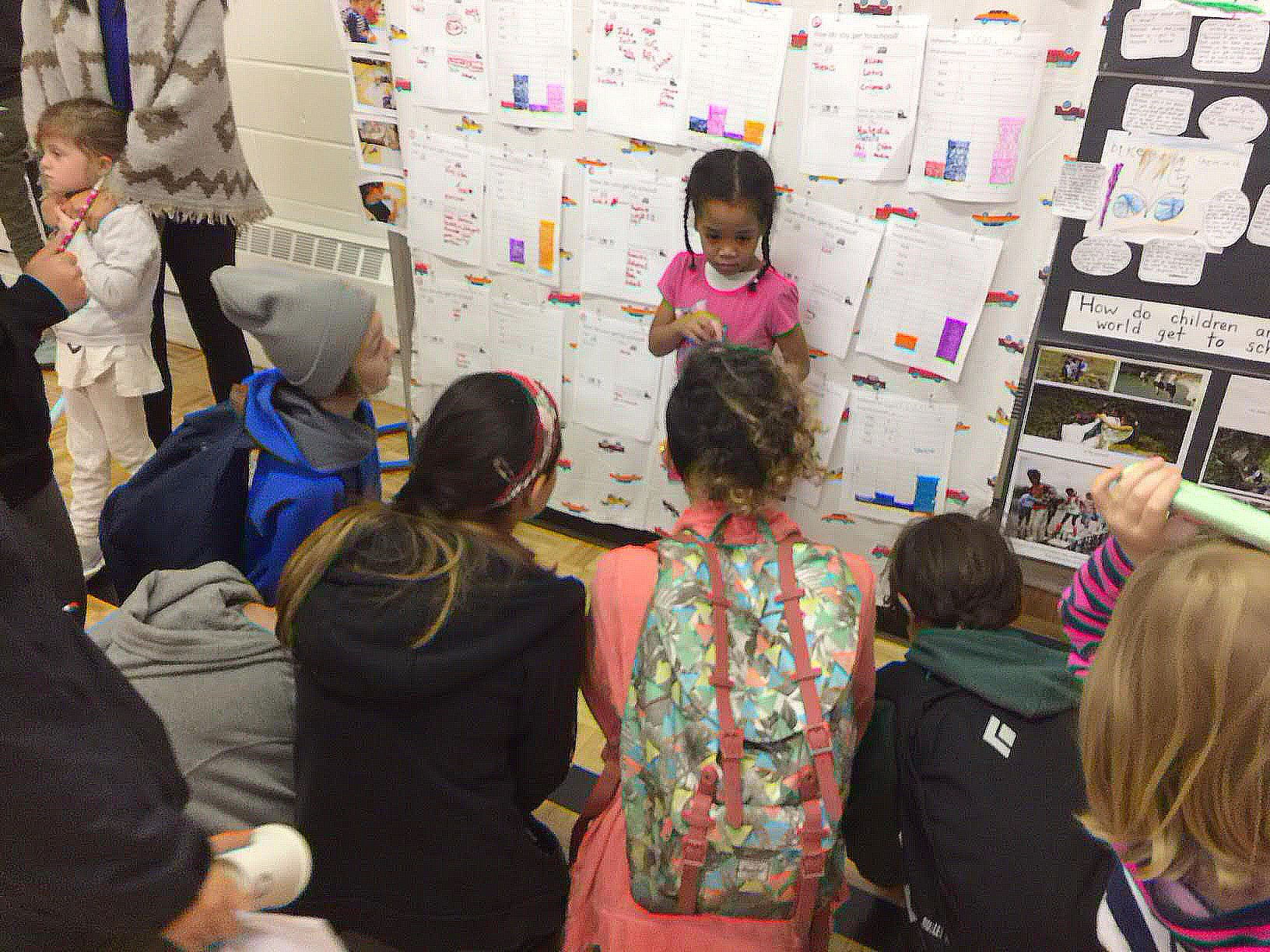 The Early Learning Class researched how children around the world get to school, and graphed responses from Linden students. Ziyal presents her findings to an eager audience. 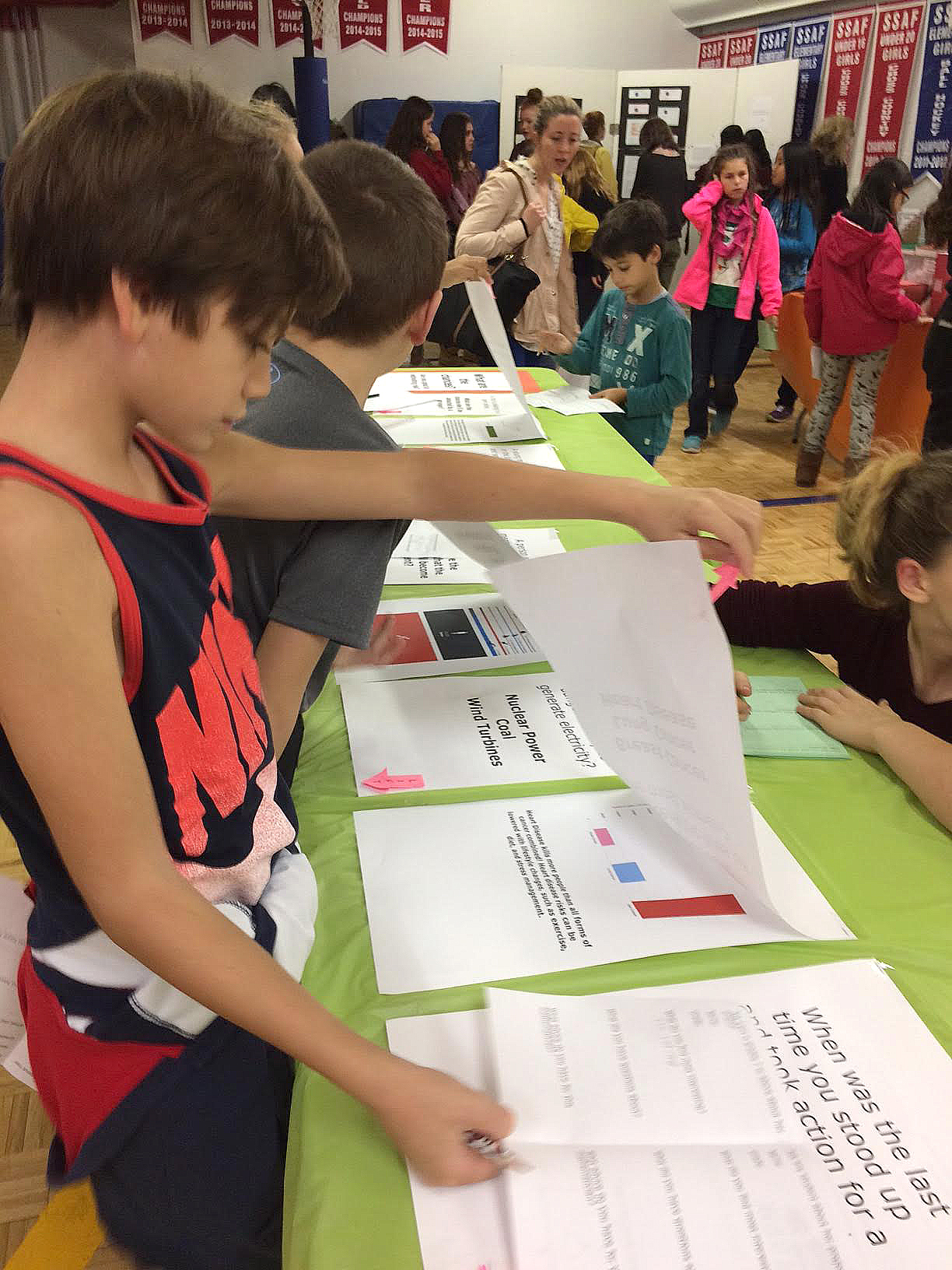 Students from The Mabin School and City View Alternative learned how we explore math through the lens of social justice. 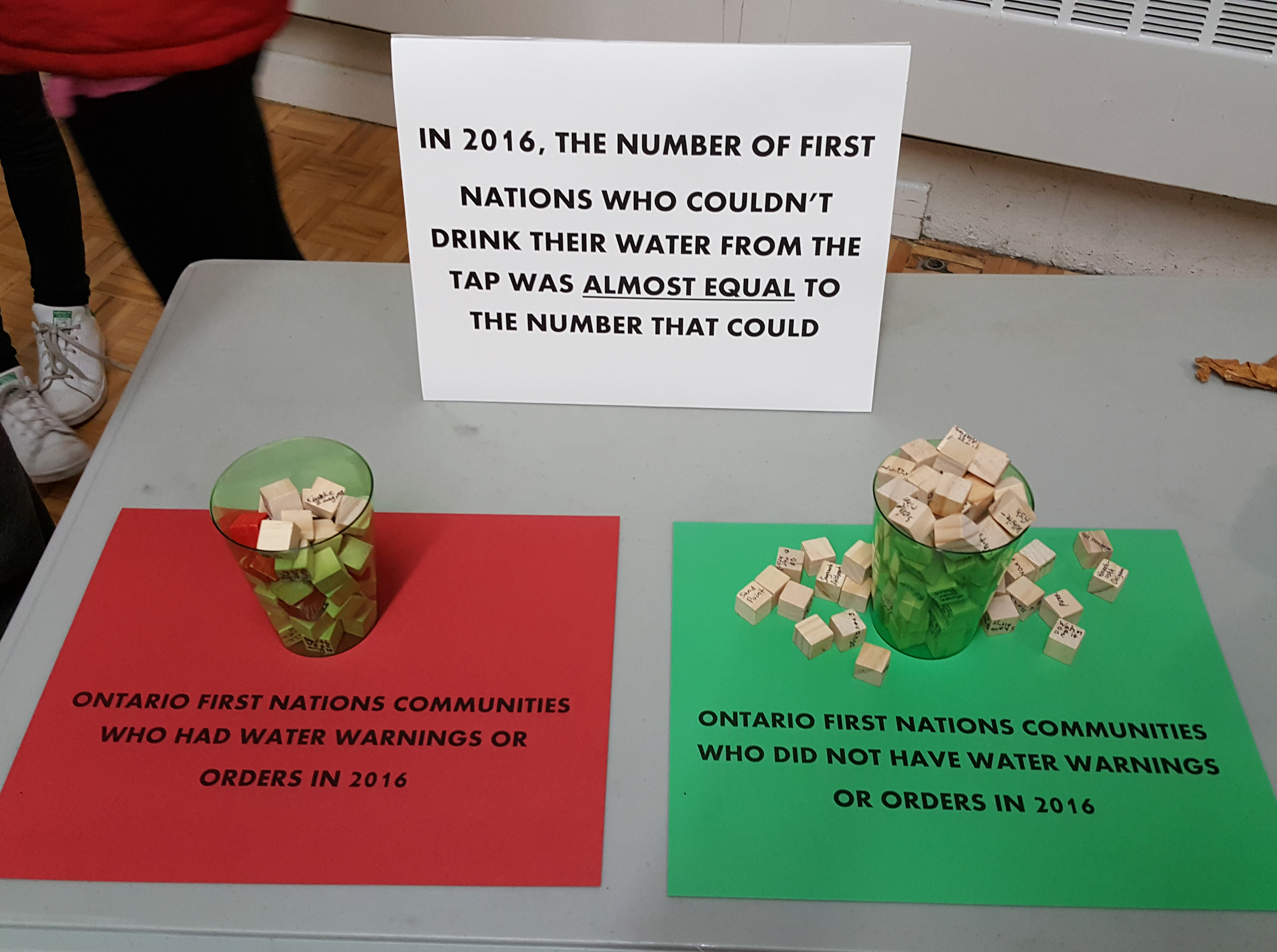 The Grade 5 class researched water quality on different First Nations reserves in Ontario, and found that nearly half of reserves are dealing with unsafe drinking water. The girls in the class were able to speak eloquently and passionately about this injustice. 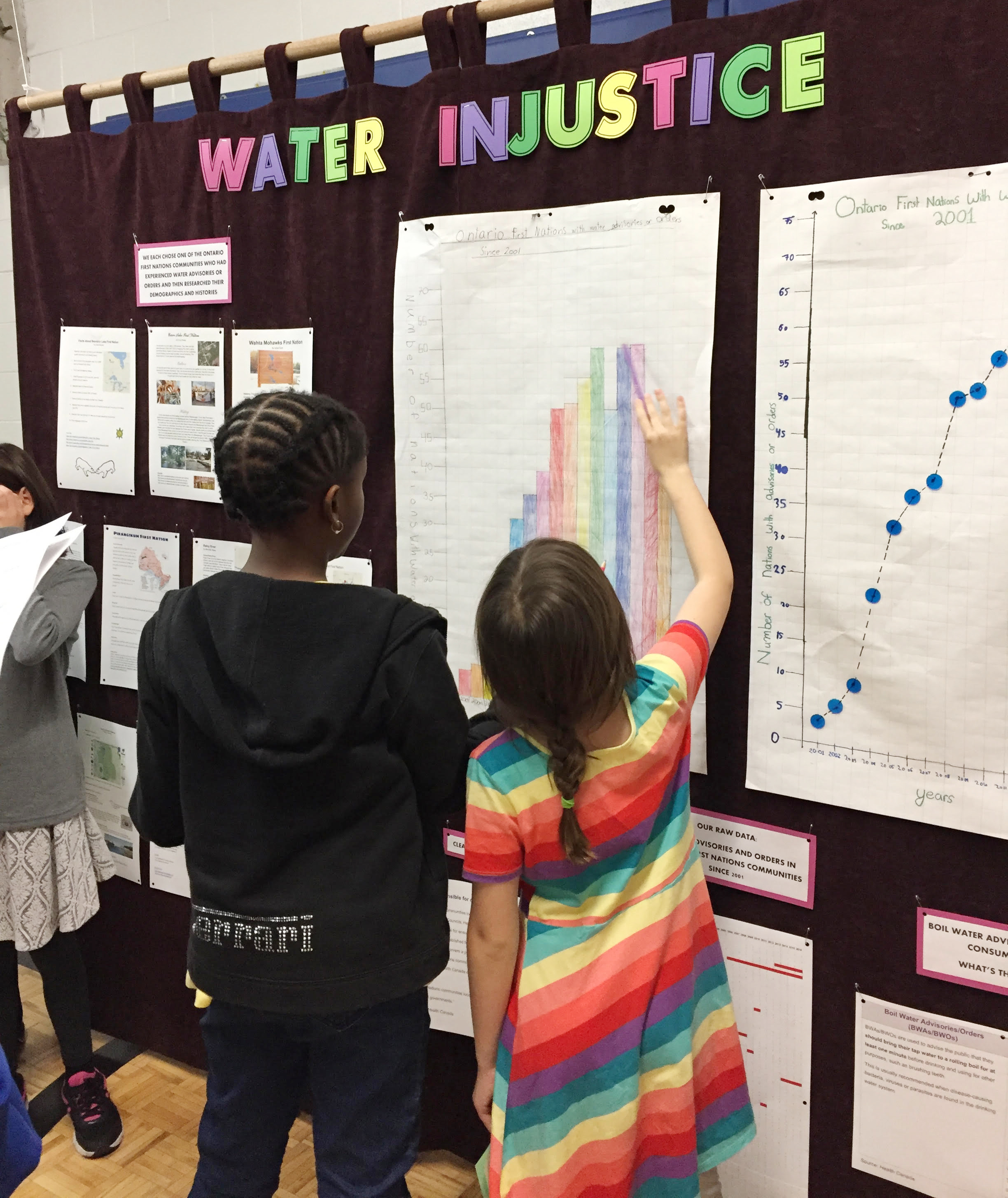 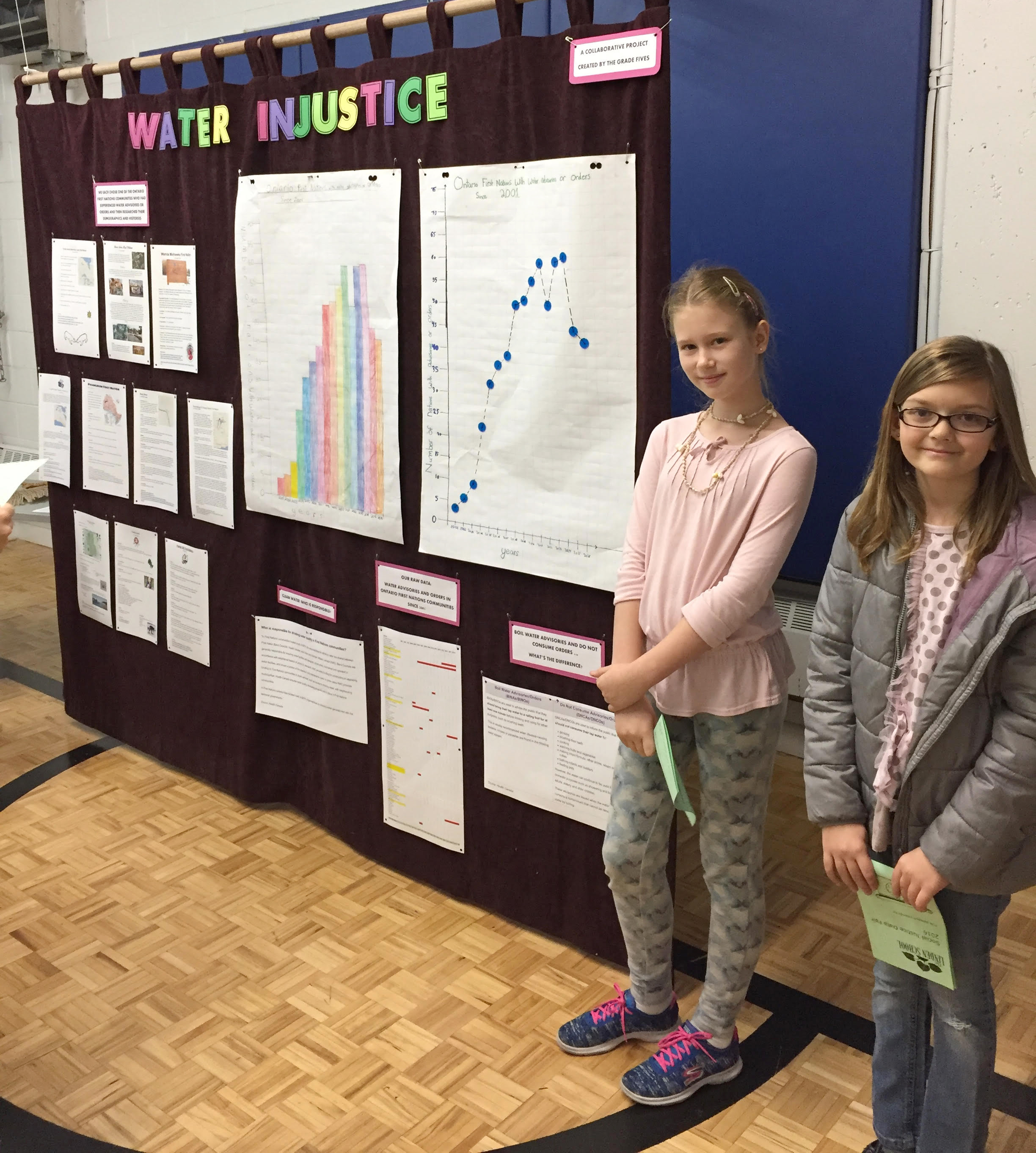 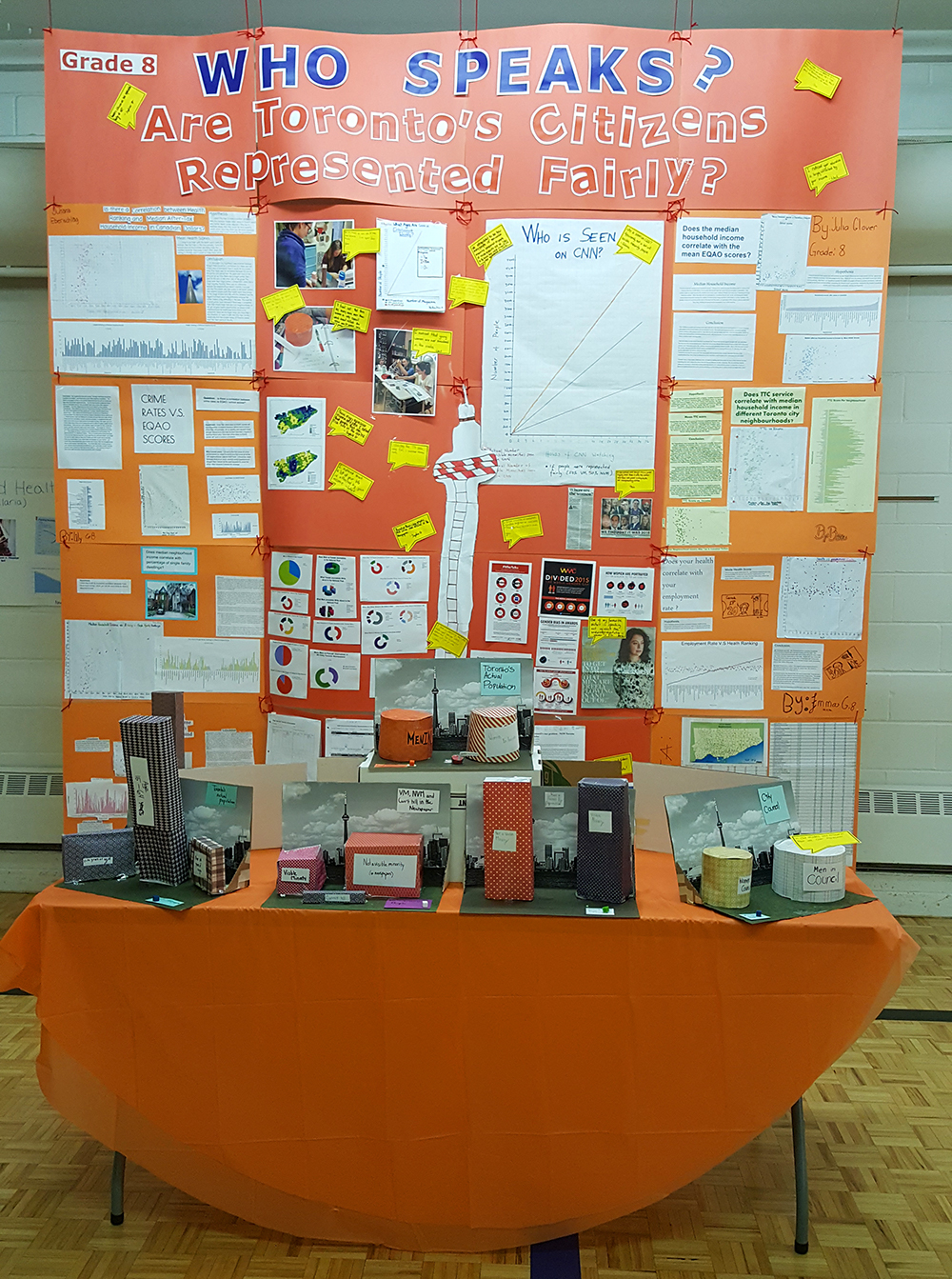 Grade 8 studied the City of Toronto, and was particularly interested to see if the demographic proportions of the city were reflected in the different ways it was represented, such as in the media and in city council. They collected primary data from television and newspapers, then created volume models to compare the proportions to those of the actual city. The girls found that men who were not visible minorities were overrepresented in almost every arena — and that others (women, children, visible minorities) were underrepresented in almost every way. 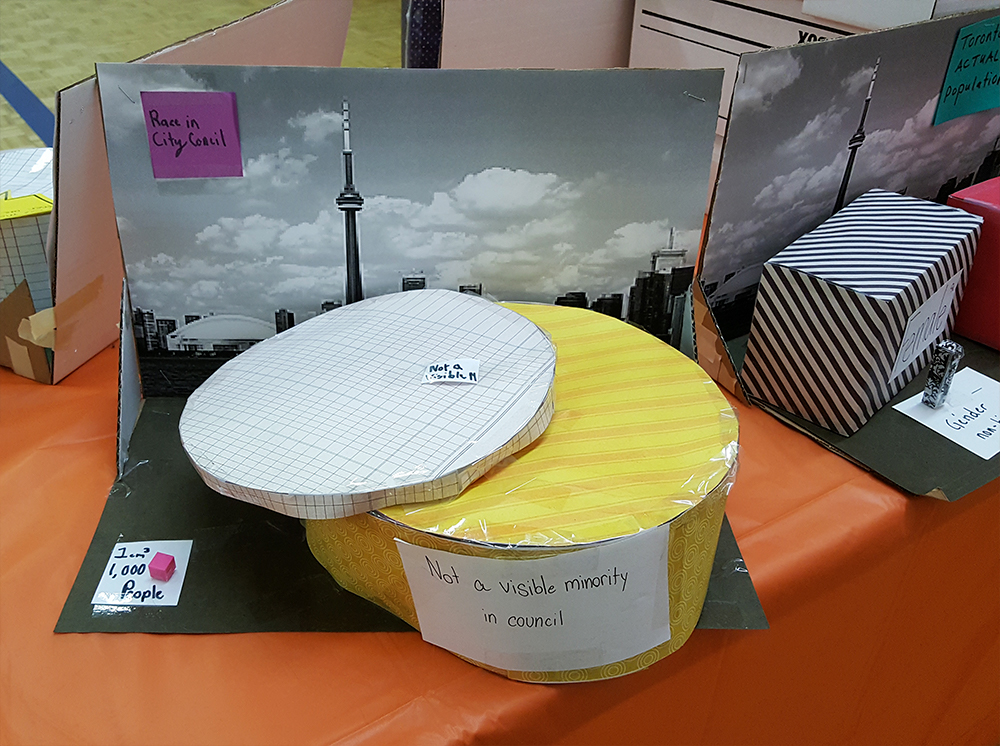 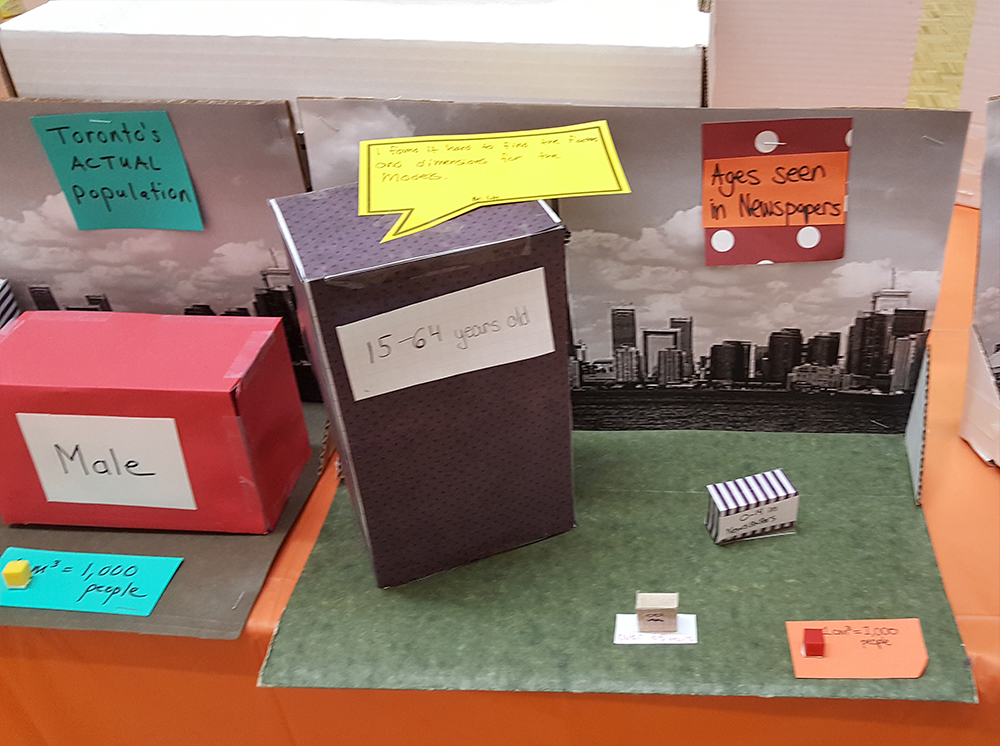 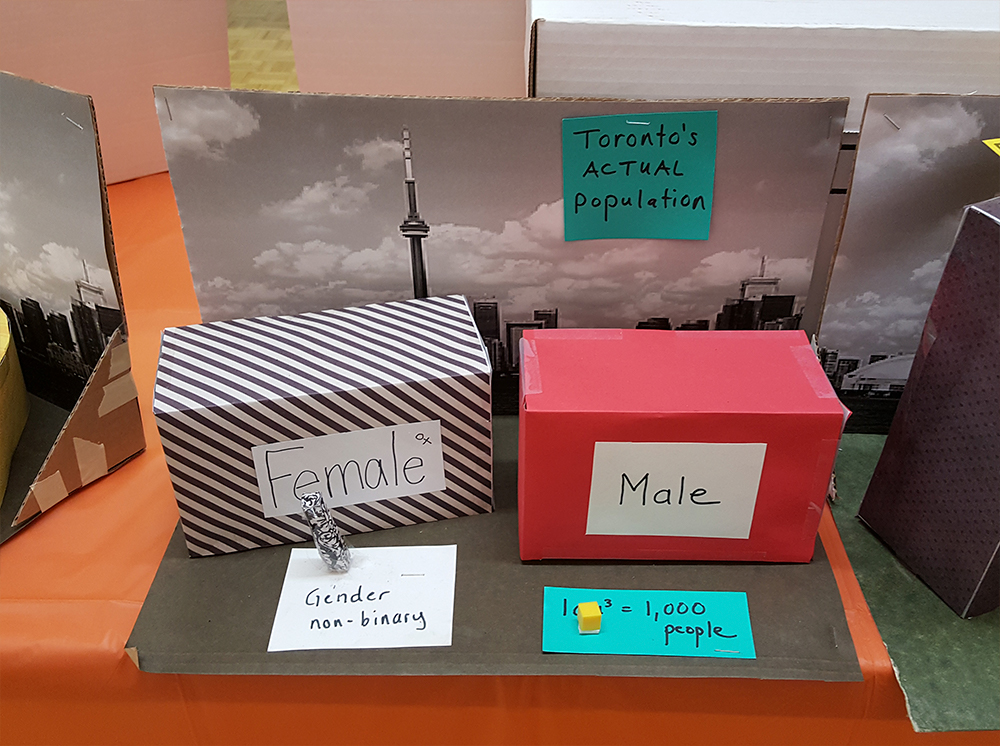 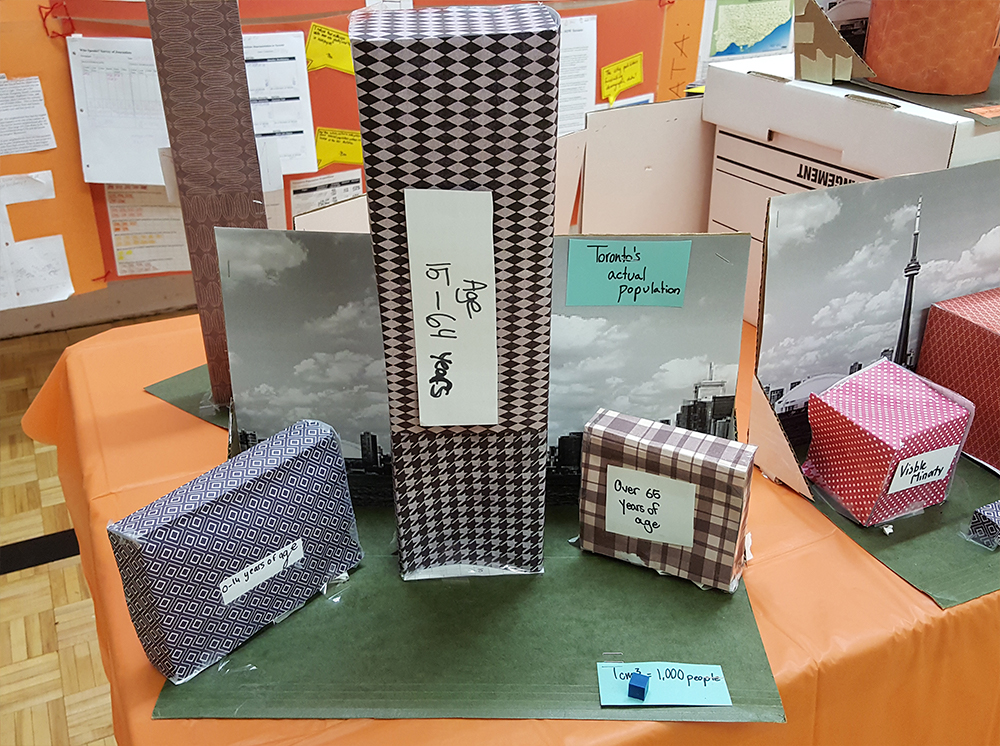 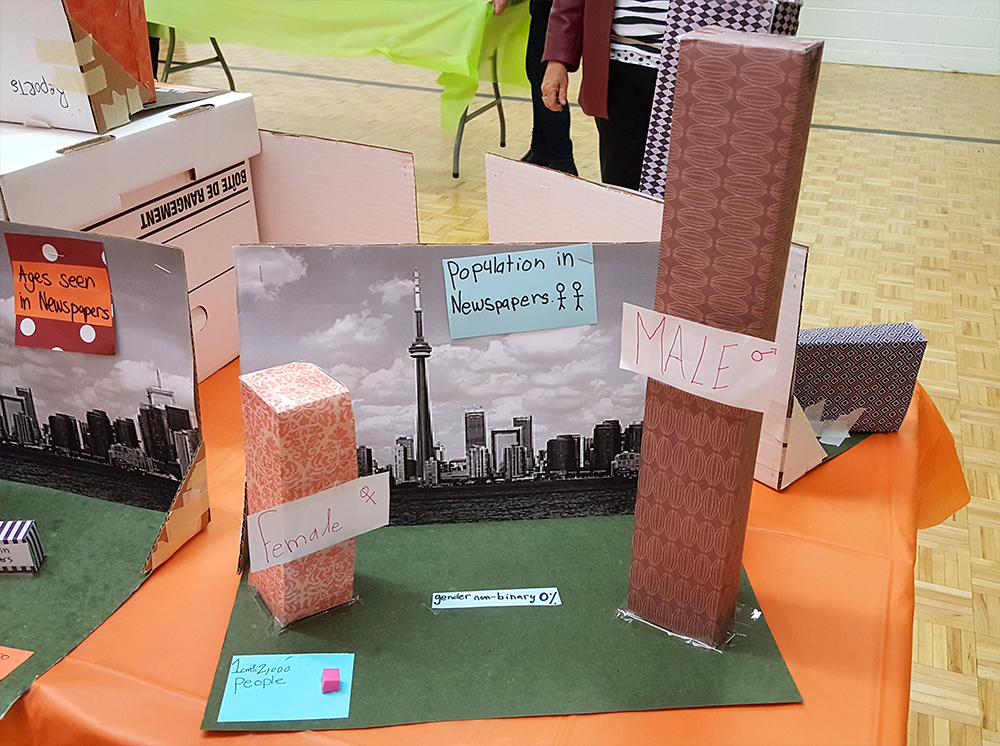 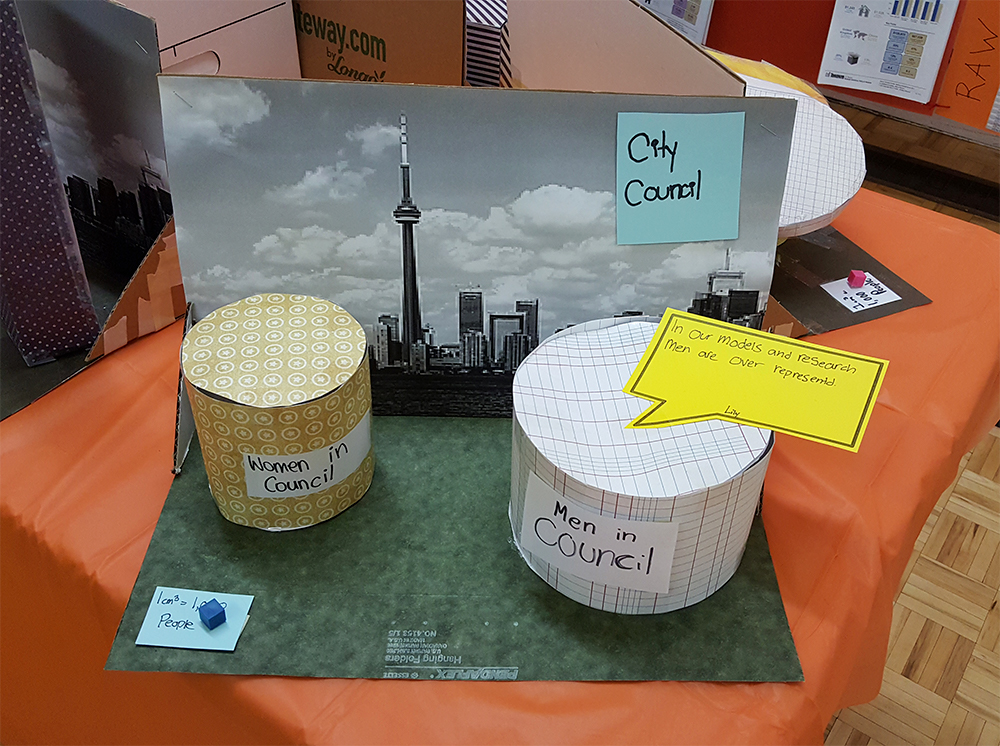