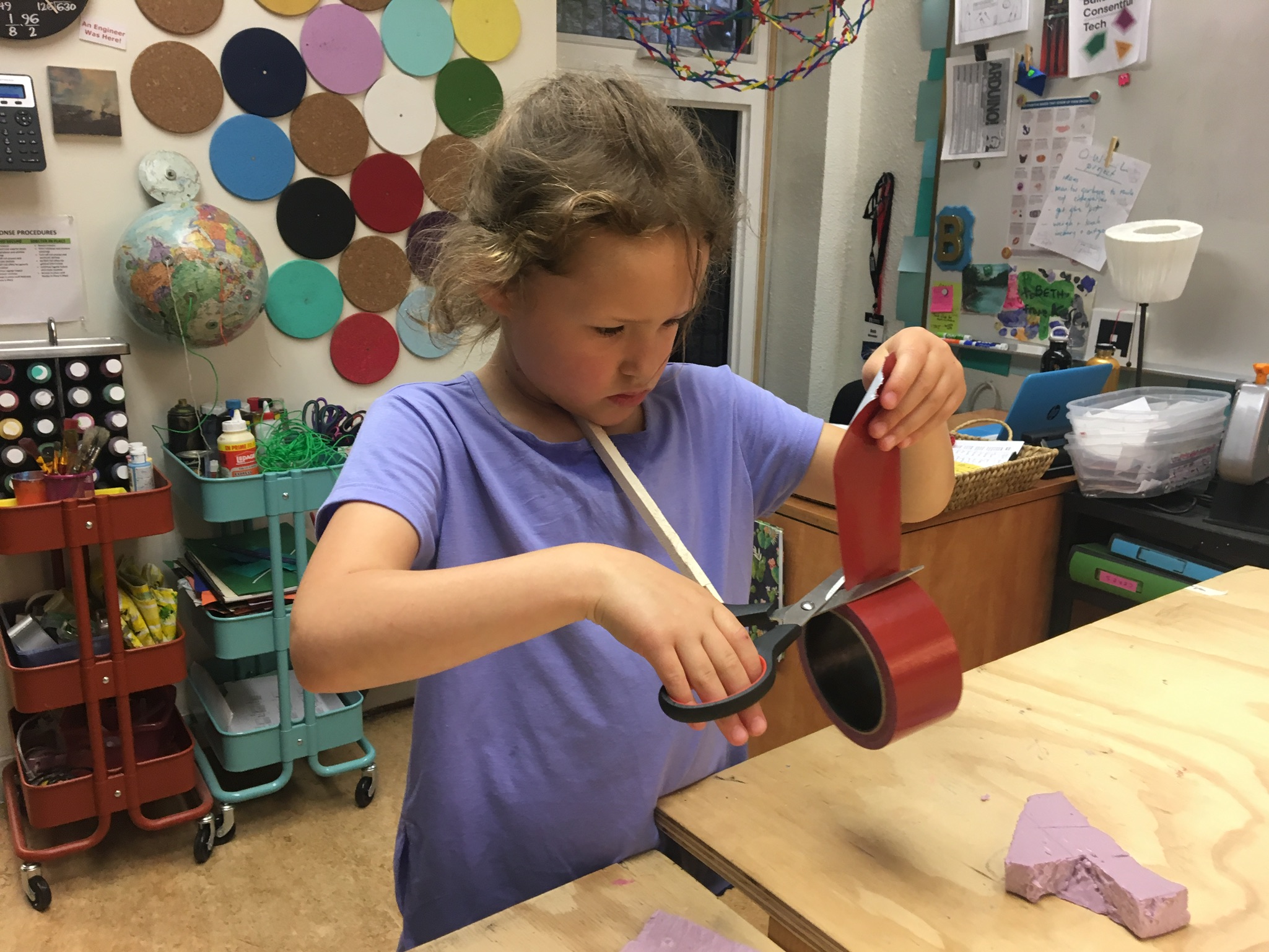 This week, our Grade 1-2 students got the opportunity to participate in their first Ontario Student Vote. After learning about what the different parties were proposing to do if given the chance to lead the provincial government, students had the chance to vote for the candidate in the school riding of Toronto-St. Paul's that they thought would best represent them. The Grade 1-2s expressed a lot of interest in promises about class size and their curriculum. We also enjoyed another visit from Ryan, one of Linden's Indigenous educators, who helped the students make their own tobacco ties and give thanks for the natural world that they enjoy. We also welcomed a special Linden visitor into our classroom on Thursday. Jean, our Director of Admissions, came in to talk about her volunteer work as a bird rescuer and helped teach students how they could contribute to a safer city for our feathered friends.  In CERES class, students experimented with friction and constructed their own objects to test on a ramp. We also wrapped up our week with a shared drama class with the Early Learners. 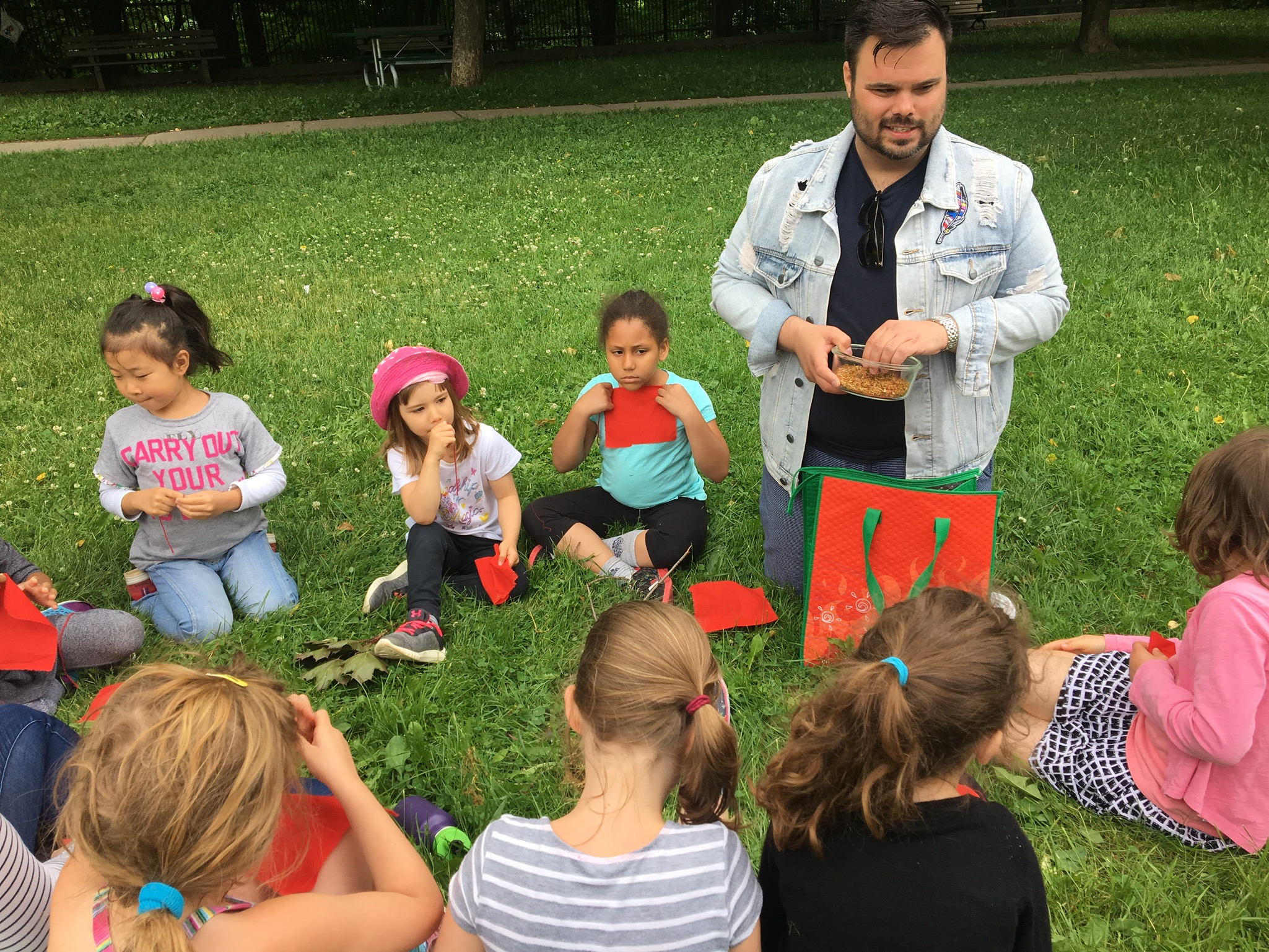 One of Linden's Indigenous educators, Ryan, visited again this week to help the girls learn to make tobacco ties. He spoke about why tobacco is considered a sacred medicine and the circumstances in which it might be appropriate to offer a tobacco tie. 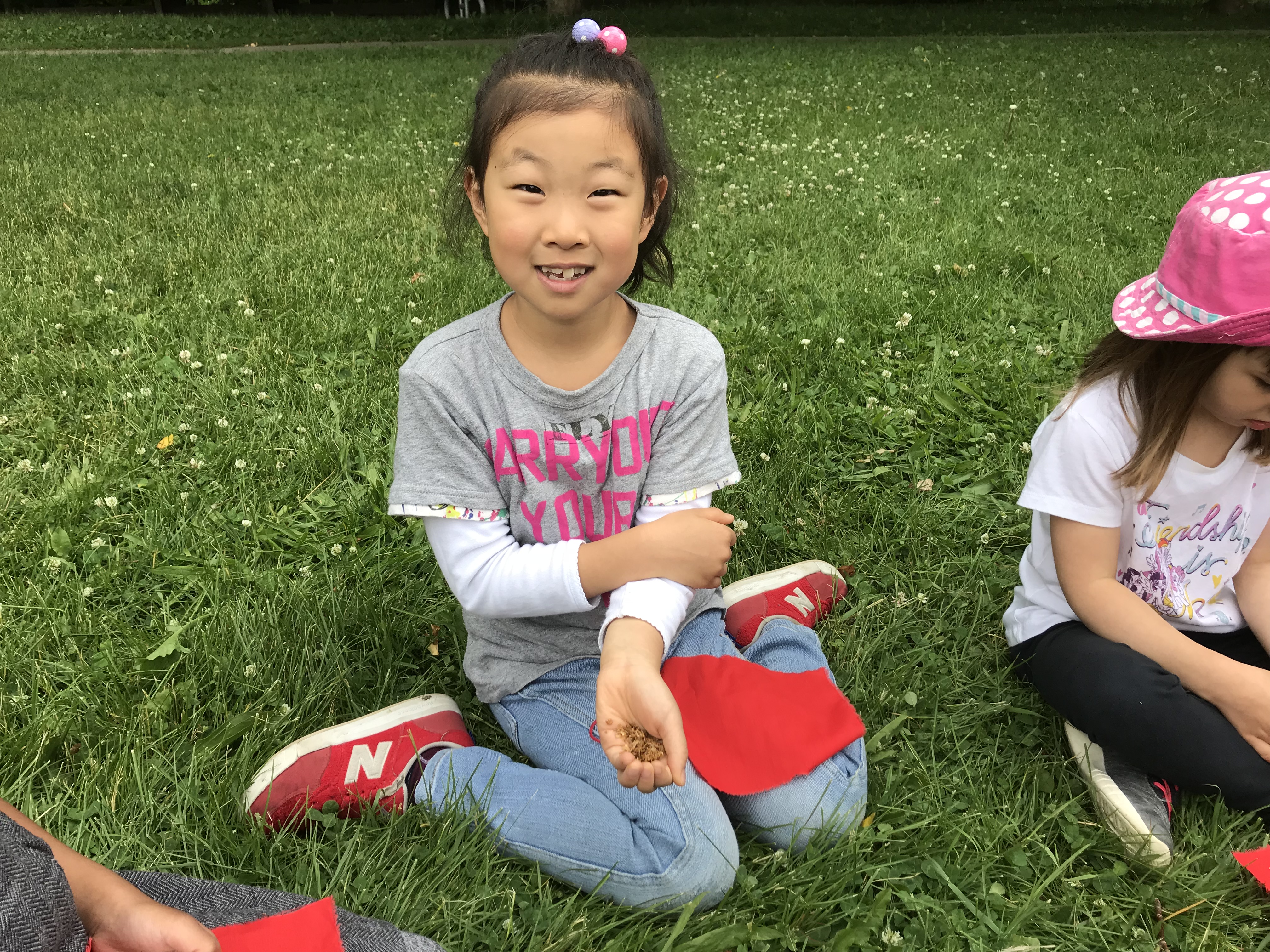 M holds her tobacco in her left hand as Ryan instructed, after he explained that the left is chosen because it is closest to your heart. 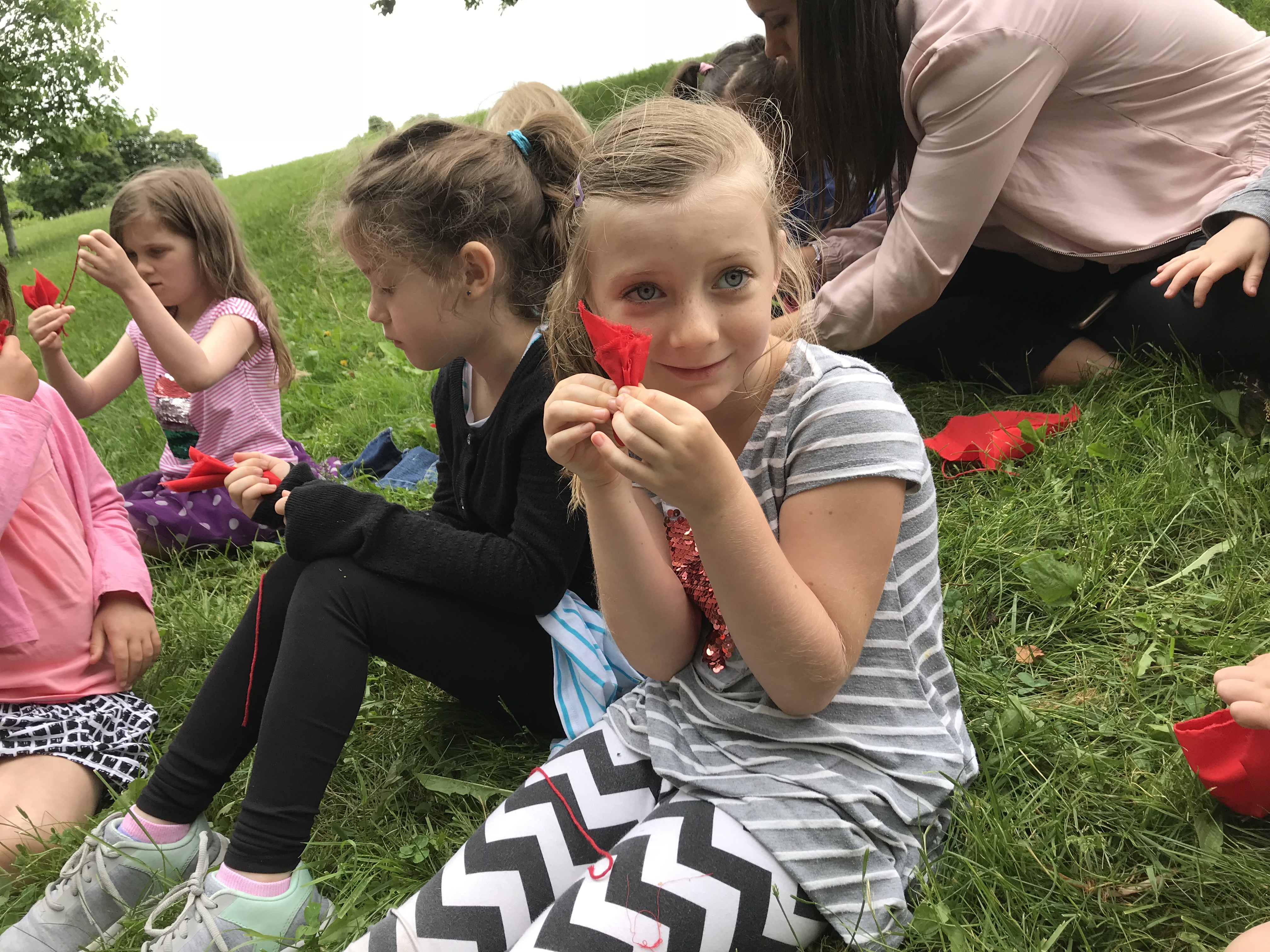 S displays her tobacco tie before working on tying it up. 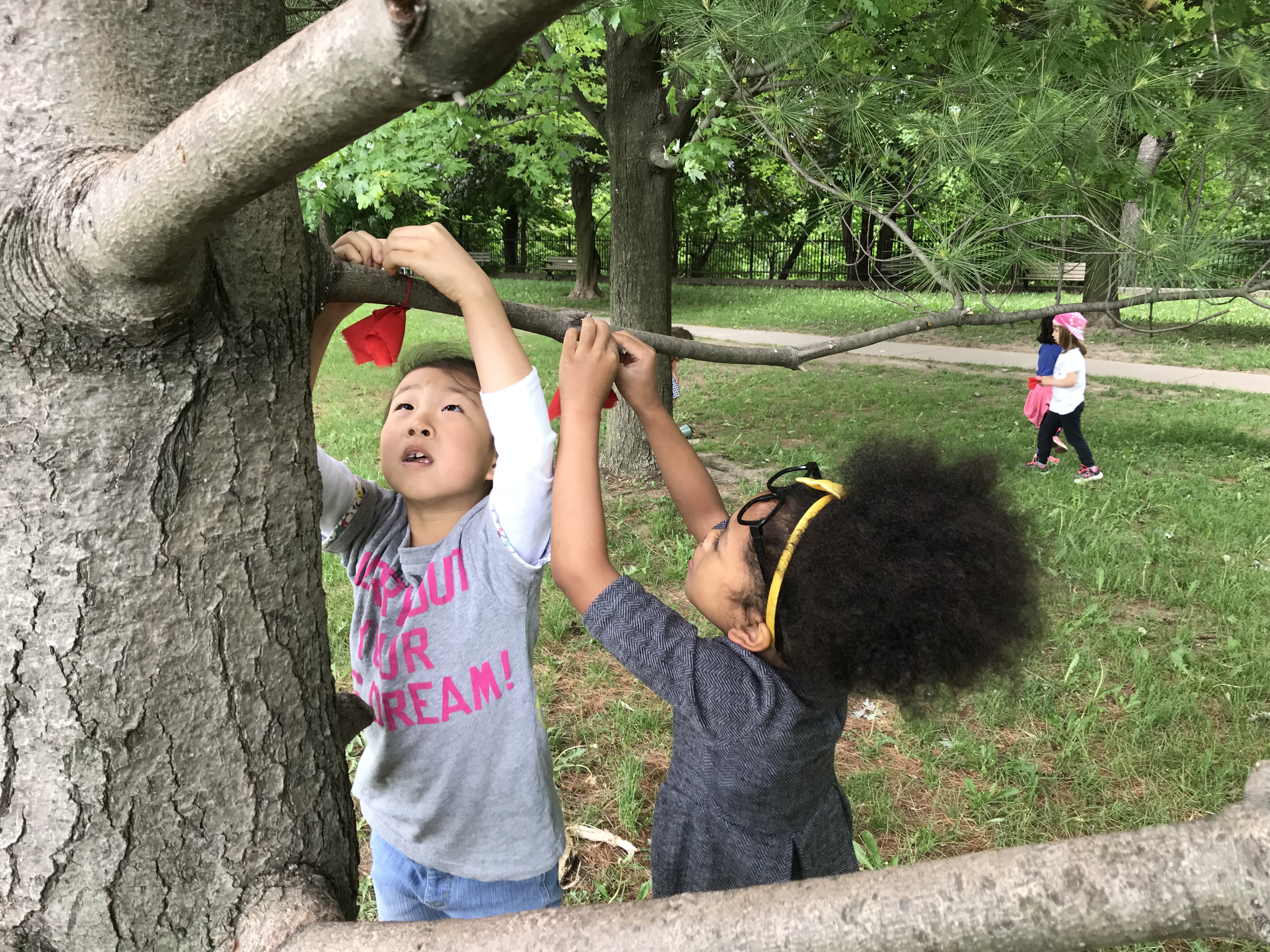 When the ties were finished, Ryan prompted the students to think of something in nature that they are thankful for and then they gave the tie as an offering of thanks to that living thing. Many students chose a favourite tree near the playground. 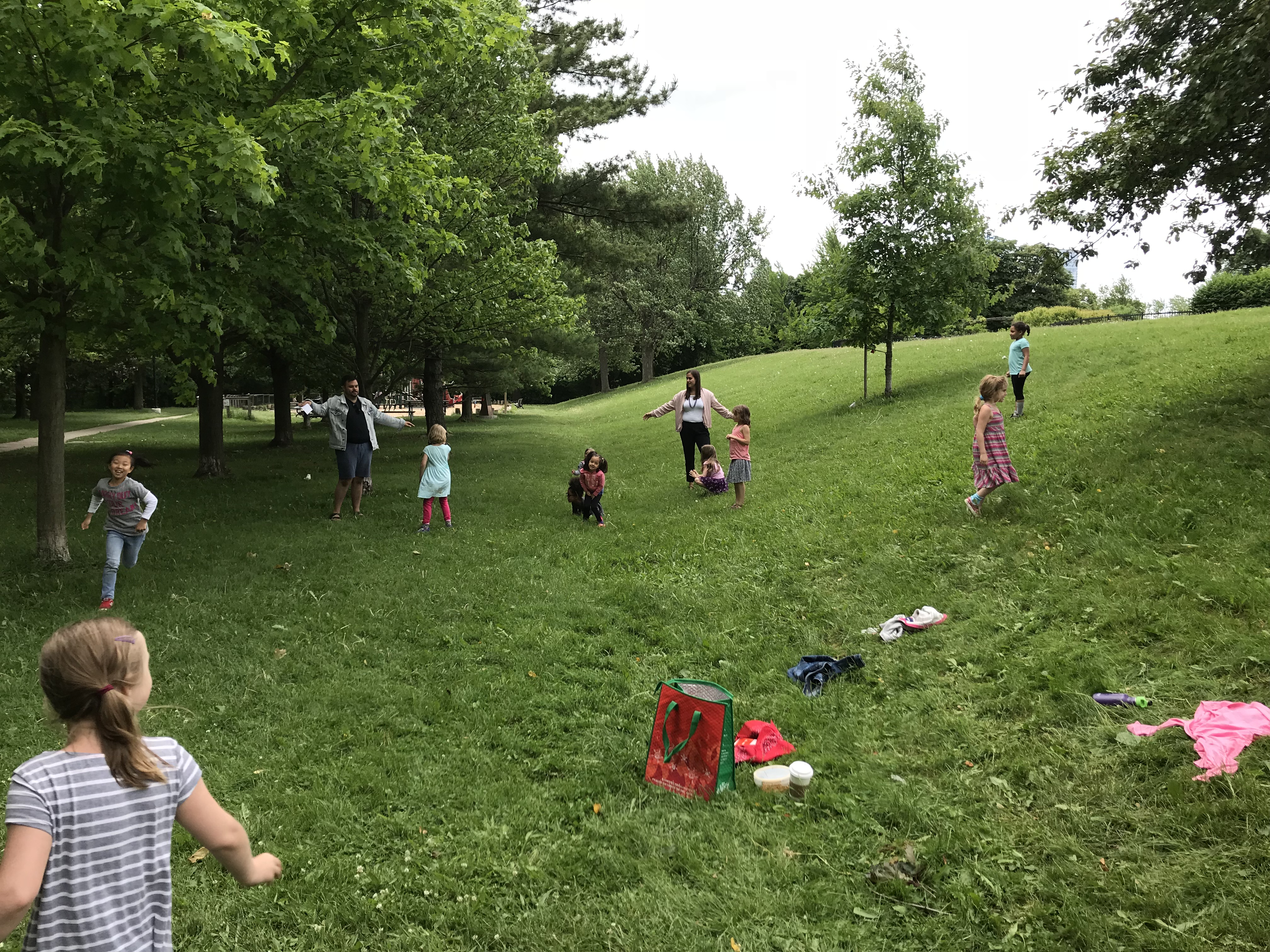 Ryan taught the Grade 1-2s and Early Learners a new game called Turtle Tag. As he explained it, he tied the game instructions back to our discussion of the Seven Grandfather Teachings in previous weeks, talking a lot about the importance of honesty in the game. 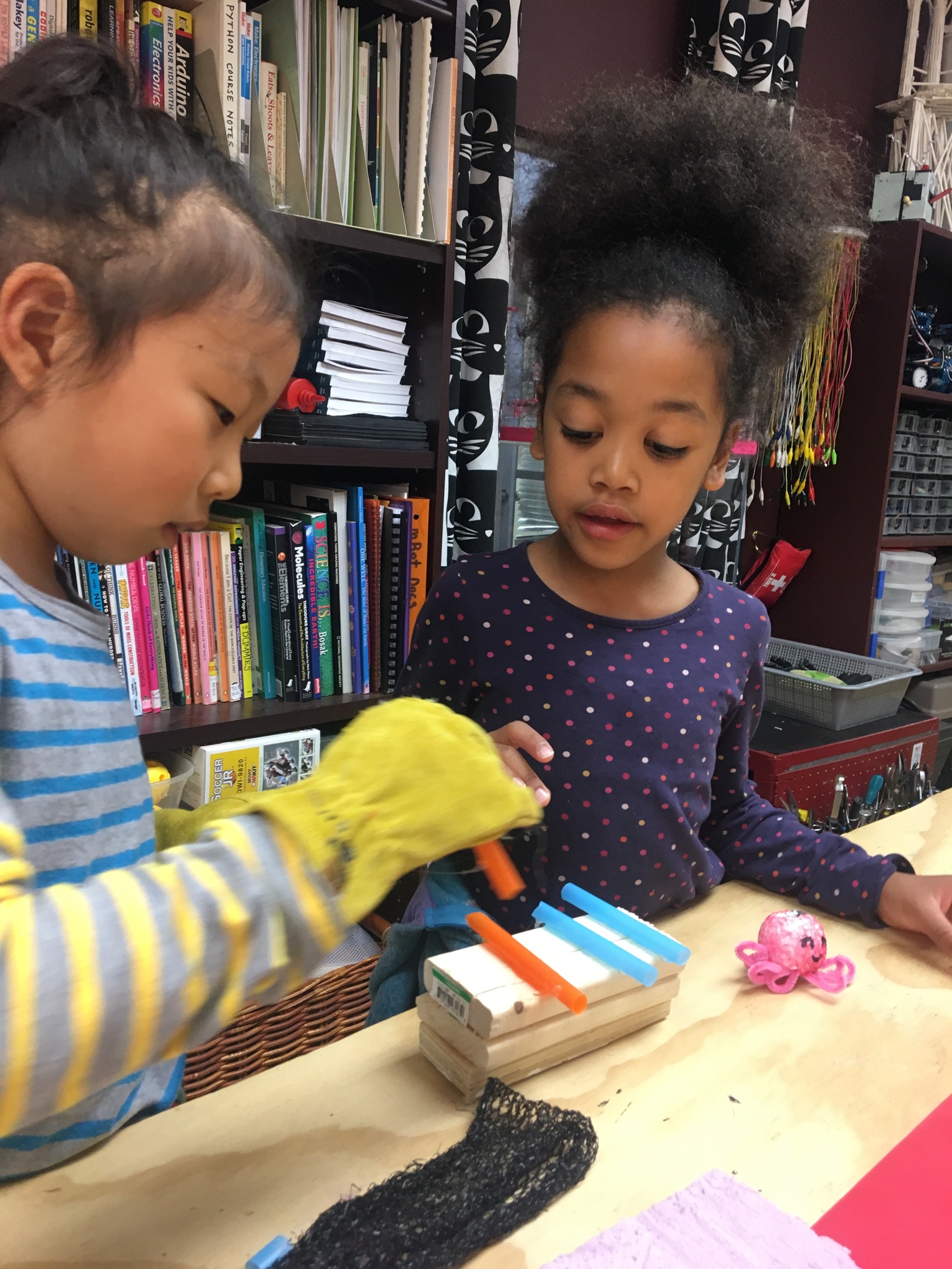 In an effort to apply their learning about friction, M and Z work in the CERES lab to create an object that will slide down a ramp easily when it is placed on one side and with difficulty when it is placed on its other side. They predict that the straws will minimize friction because of their rounded shape. 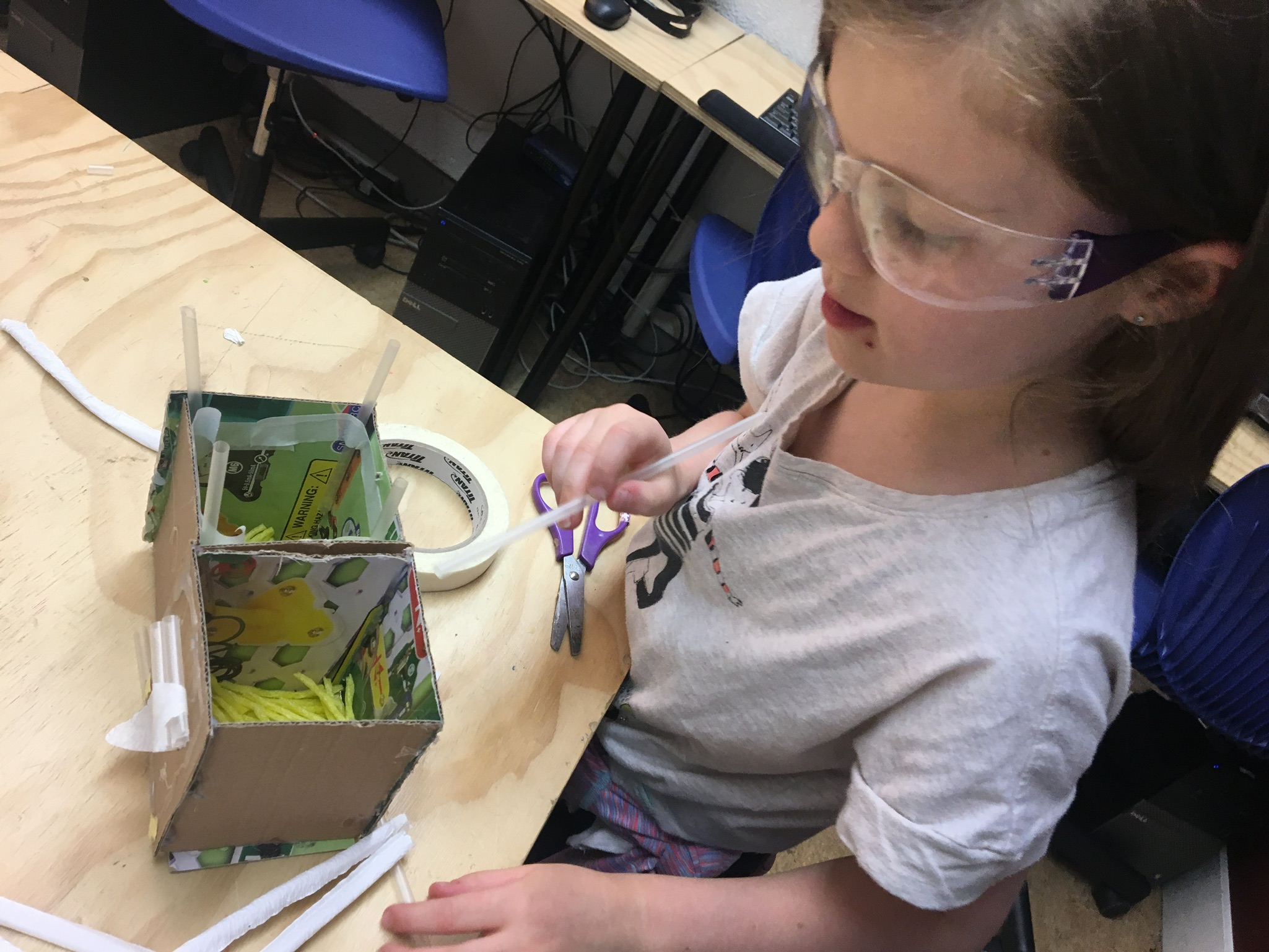 G uses a lot of different materials in the CERES lab to make her friction testing object. 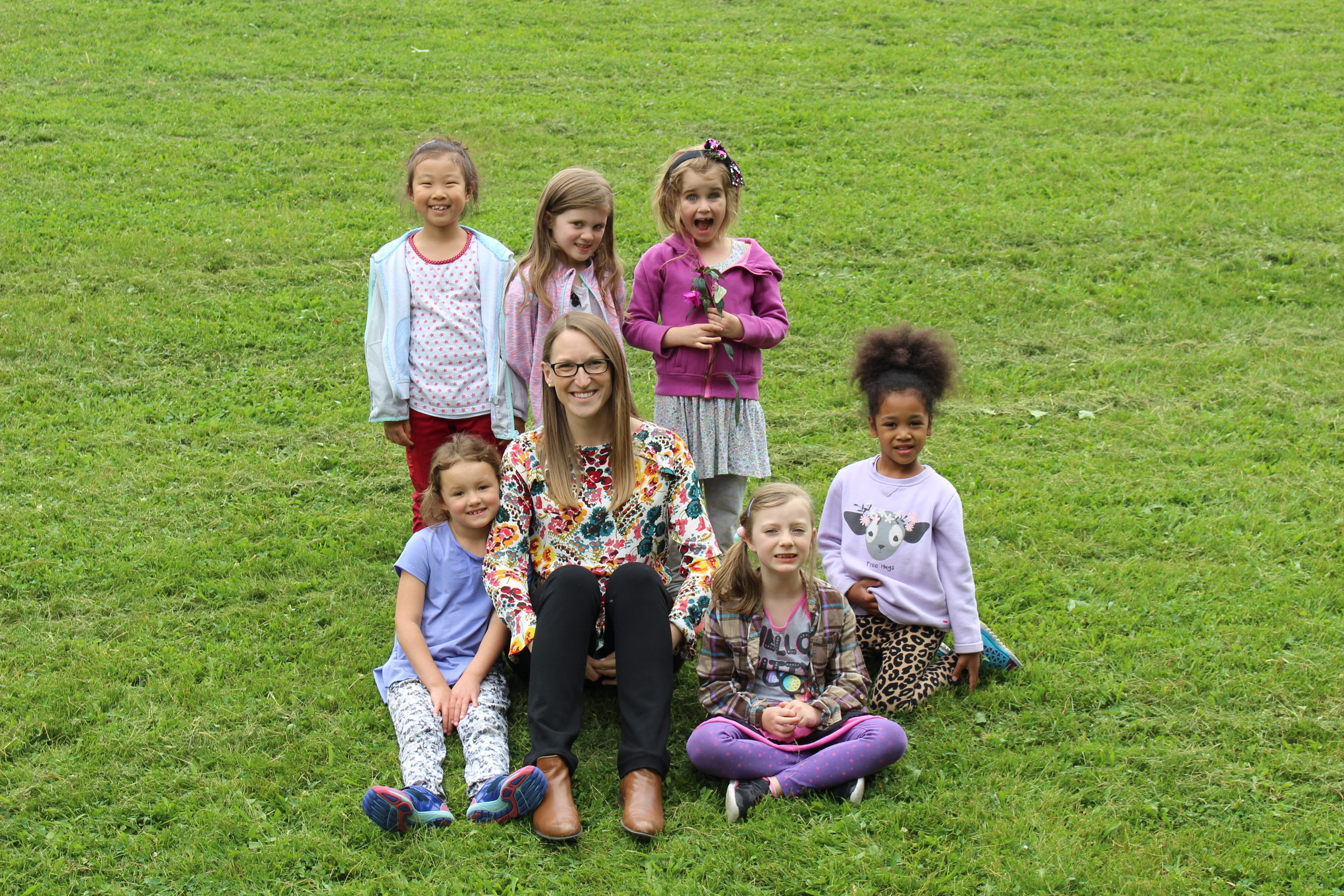 We walked to the park for Health & Phys. Ed. and before class started, we took a new class photo for the Early Learners to include all of their new friends that joined mid-year. Then the Grade 1-2s decided to take a class photo of our own. 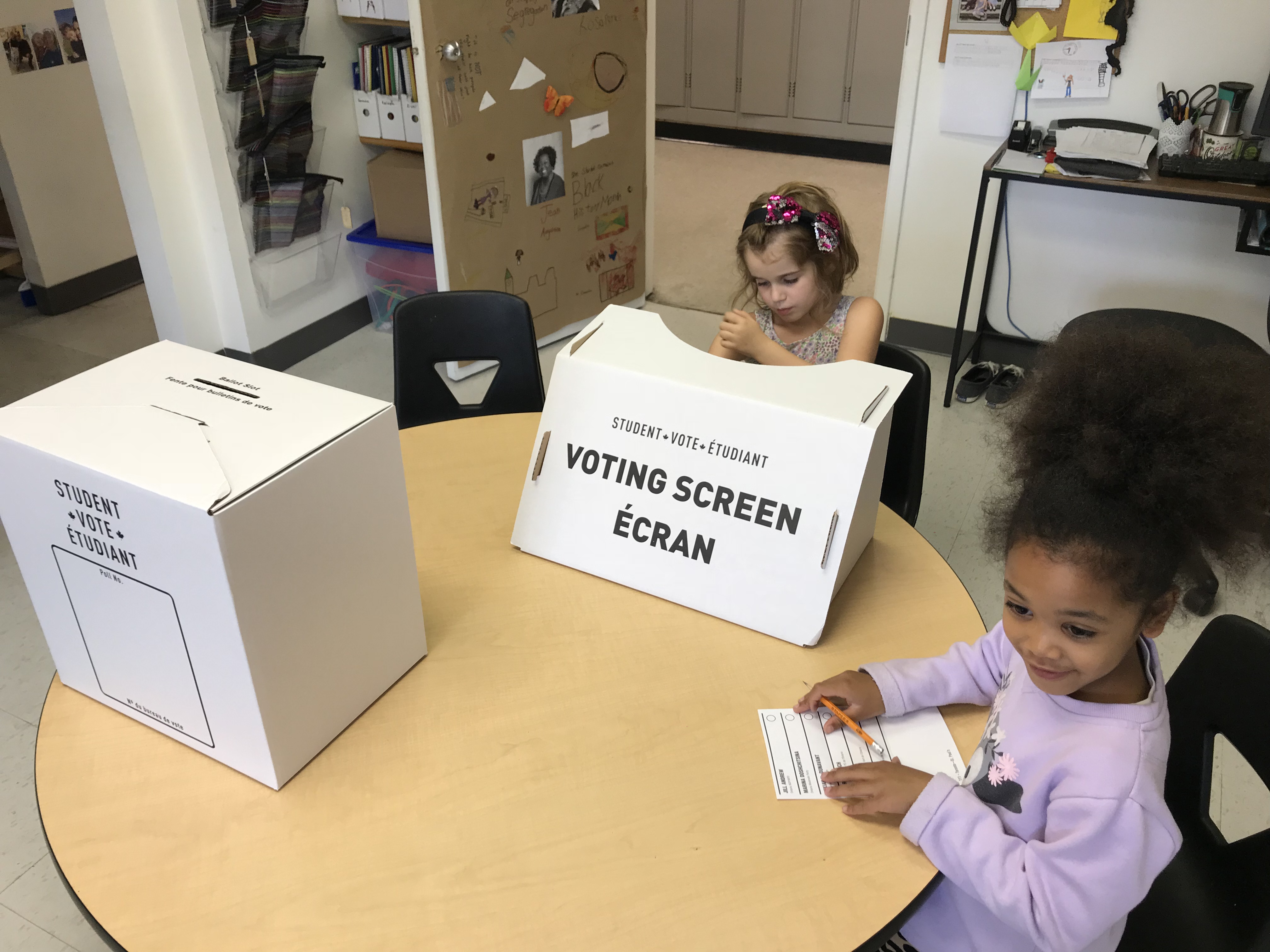 After doing some learning about the different party platforms in the Ontario provincial election, the Grade 1-2s were invited to cast their ballots in the Ontario Student Vote. They enjoyed the idea of the voting screen for helping keep their votes private. 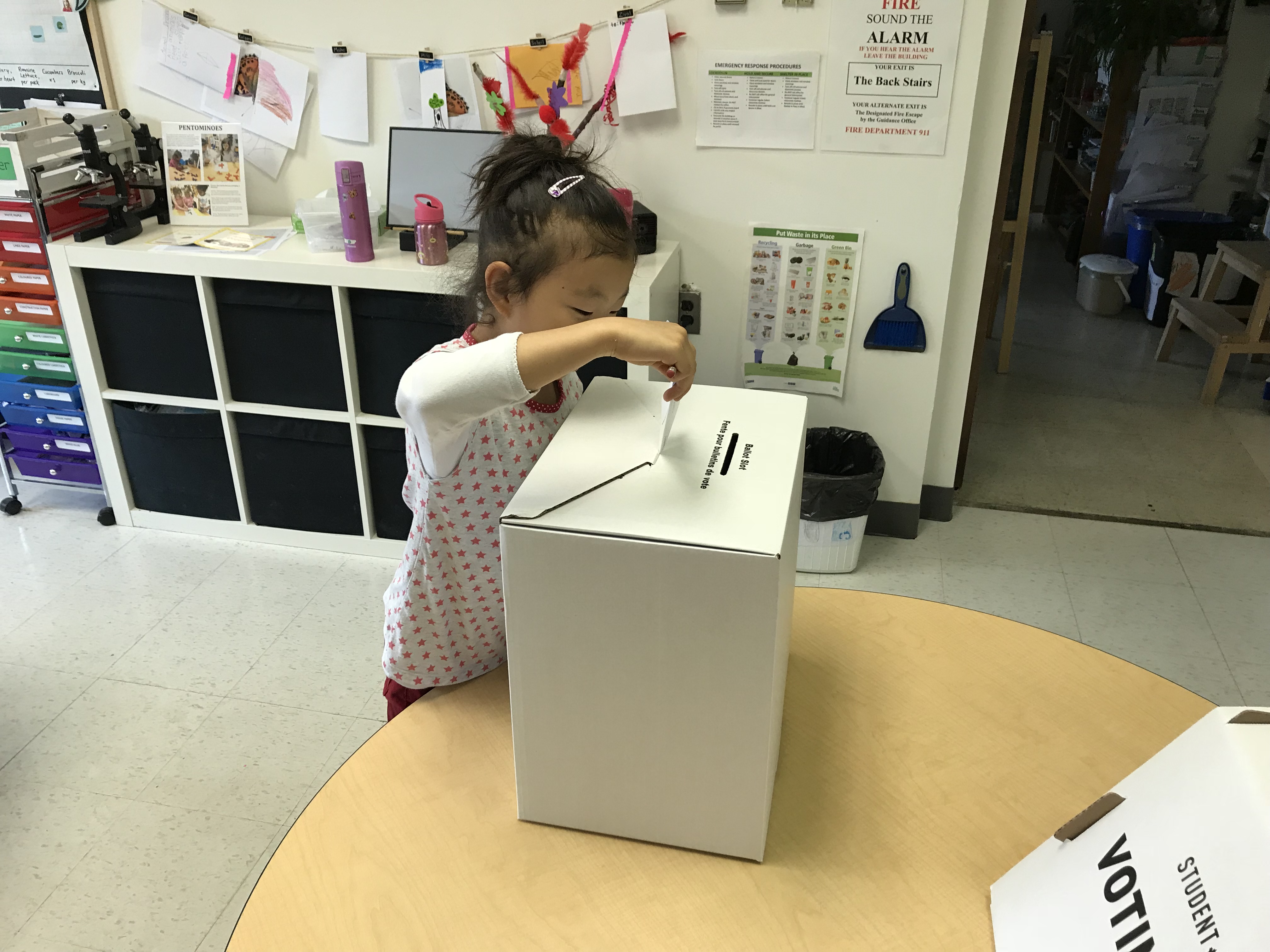 M casts her ballot in the Linden student ballot box. We found out the next day that the province-wide results of the Student Vote yielded an NDP win with 66 seats going to the party. 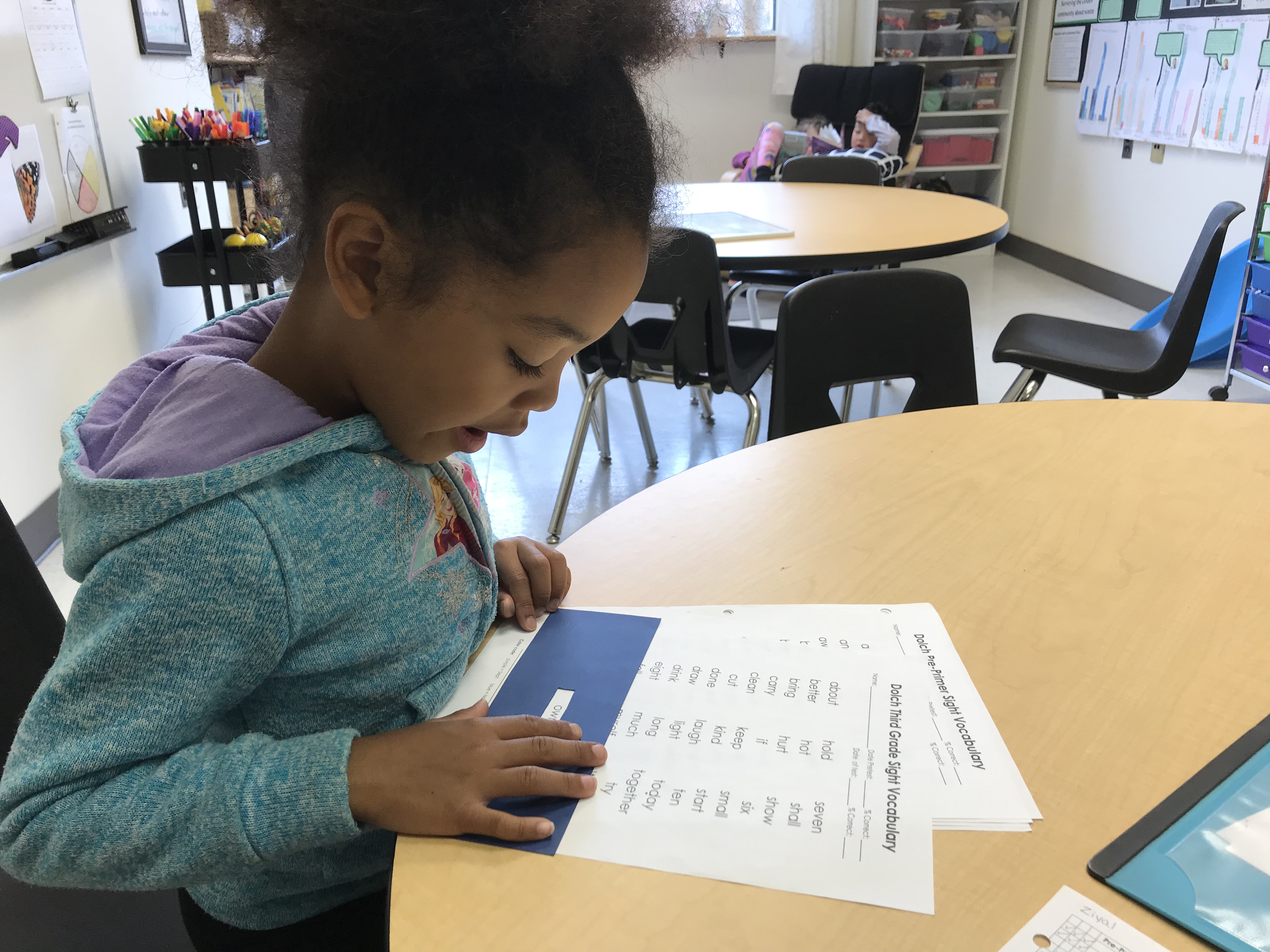 Z demonstrates how an appetite for reading helps grow your sight word vocabulary. She is very proud to be able to read many of the sight words on the third grade list with confidence. 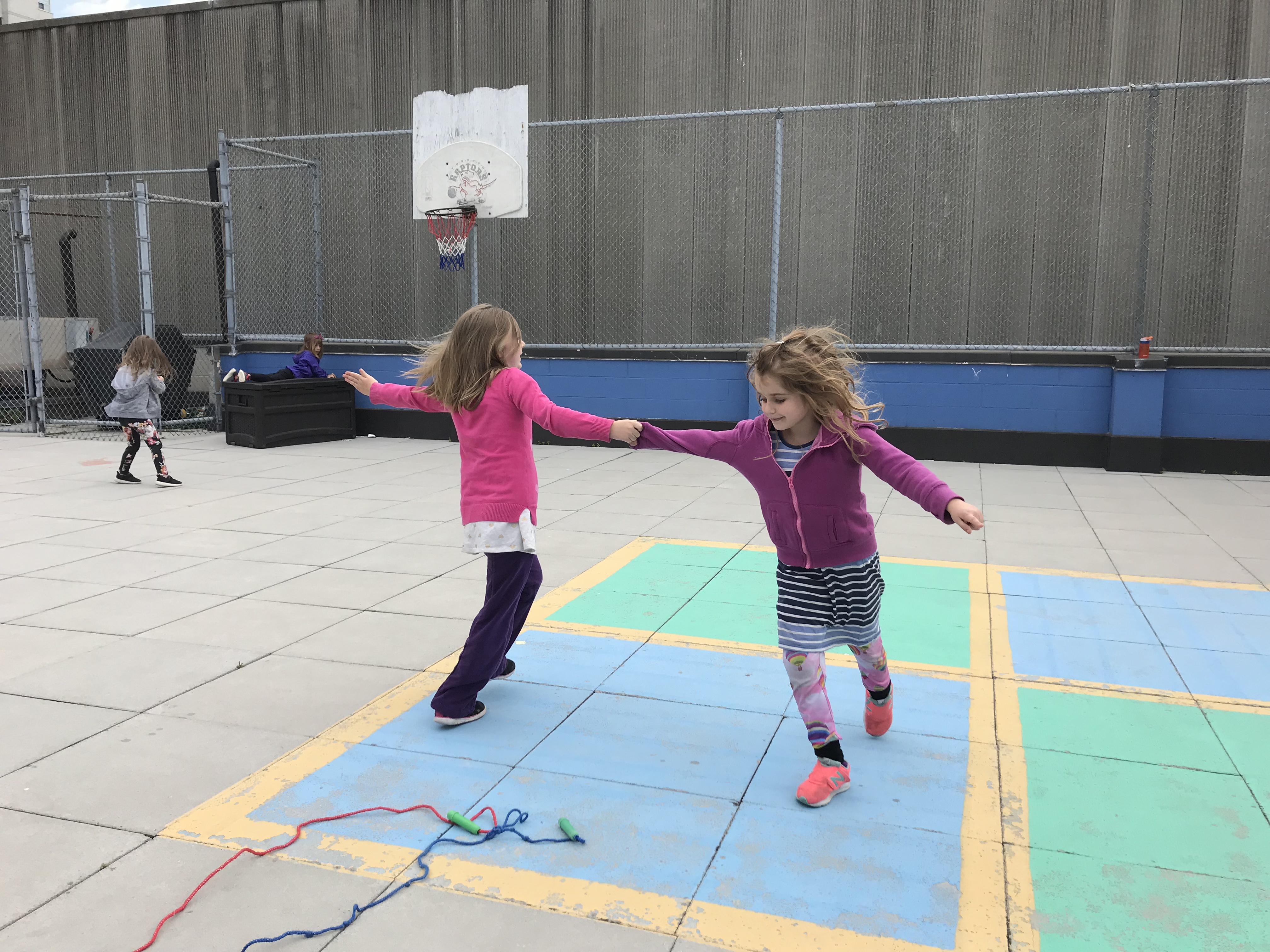 S and M spin each other around at recess, proclaiming in a sing-song fashion that they are a compass. 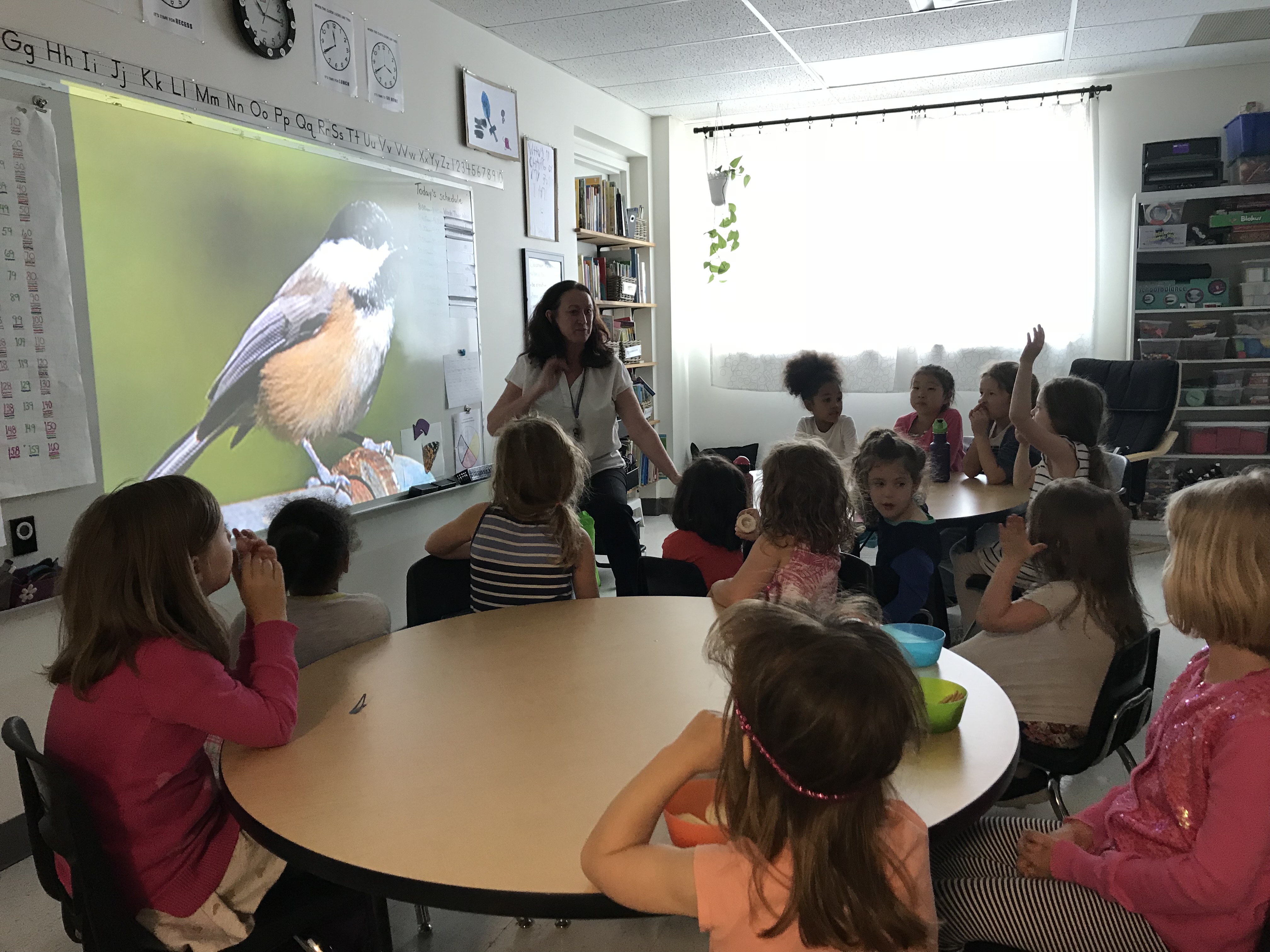 Jean, our Director of Admissions and self-proclaimed bird enthusiast, visits the Grade 1-2 class to hep teach them about ways that we can keep birds safe as they migrate through our cities. 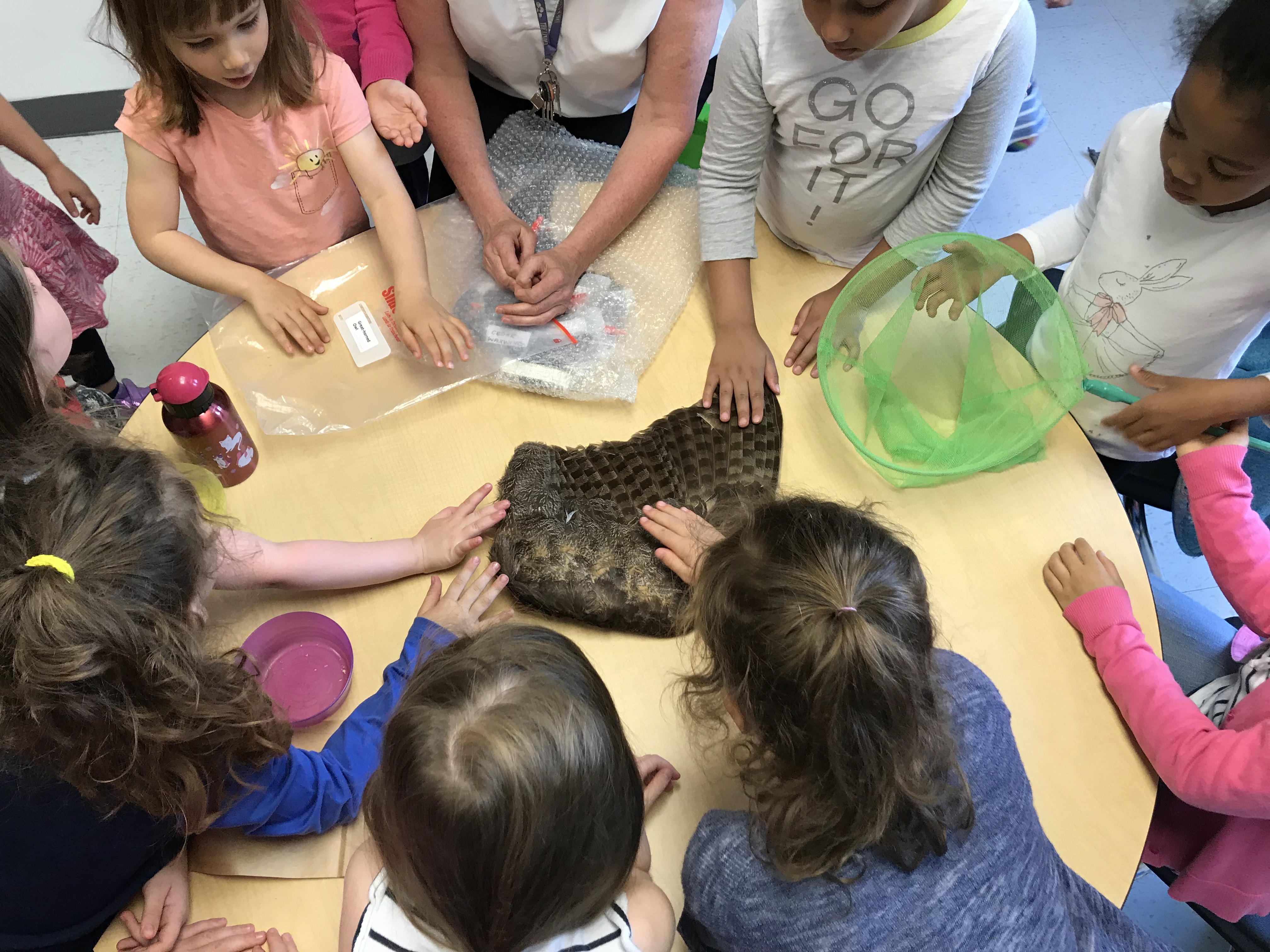 All the students want a turn to touch the complete Great-Horned Owl wing that Jean brought in to show them. Jean will be back with us next week to show us more bird wings and to answer more questions about the bird rescue and protection work she does as a volunteer. 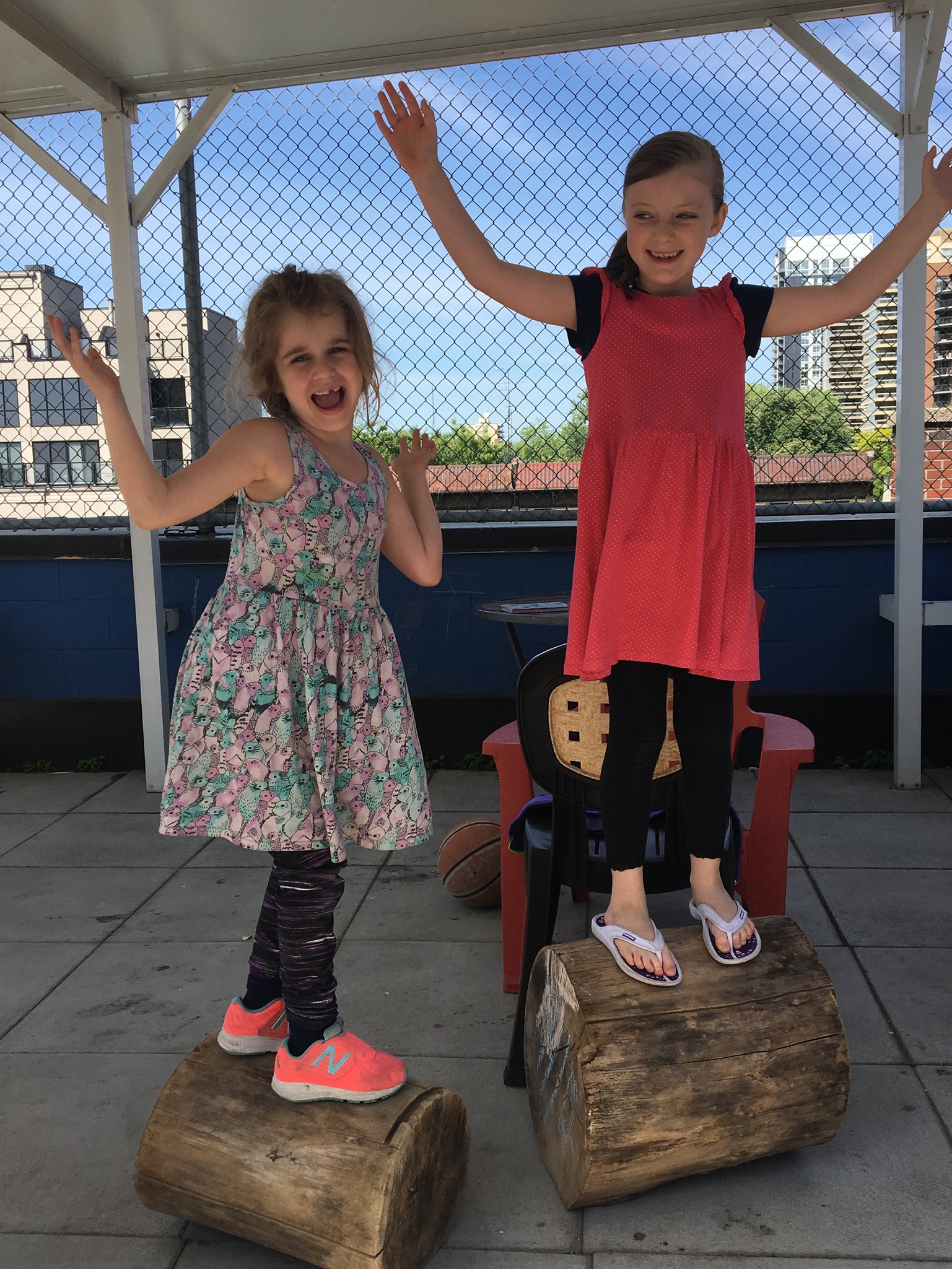 M and S are proud to have found their balance atop these logs that have joined our rooftop play space. 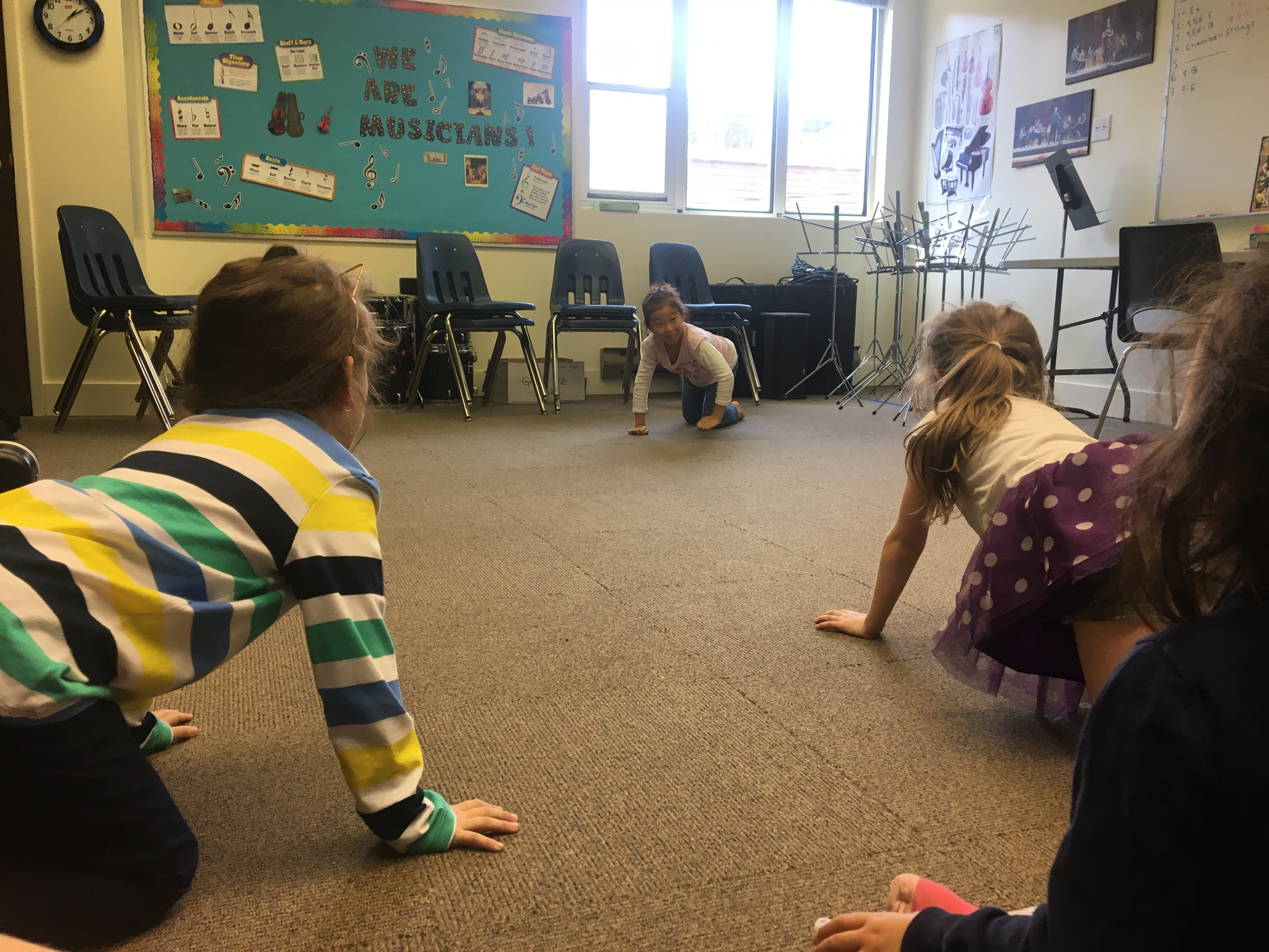 In drama class, the Grade 1-2s practice their improv skills as they act out a human activity as their favourite animal. 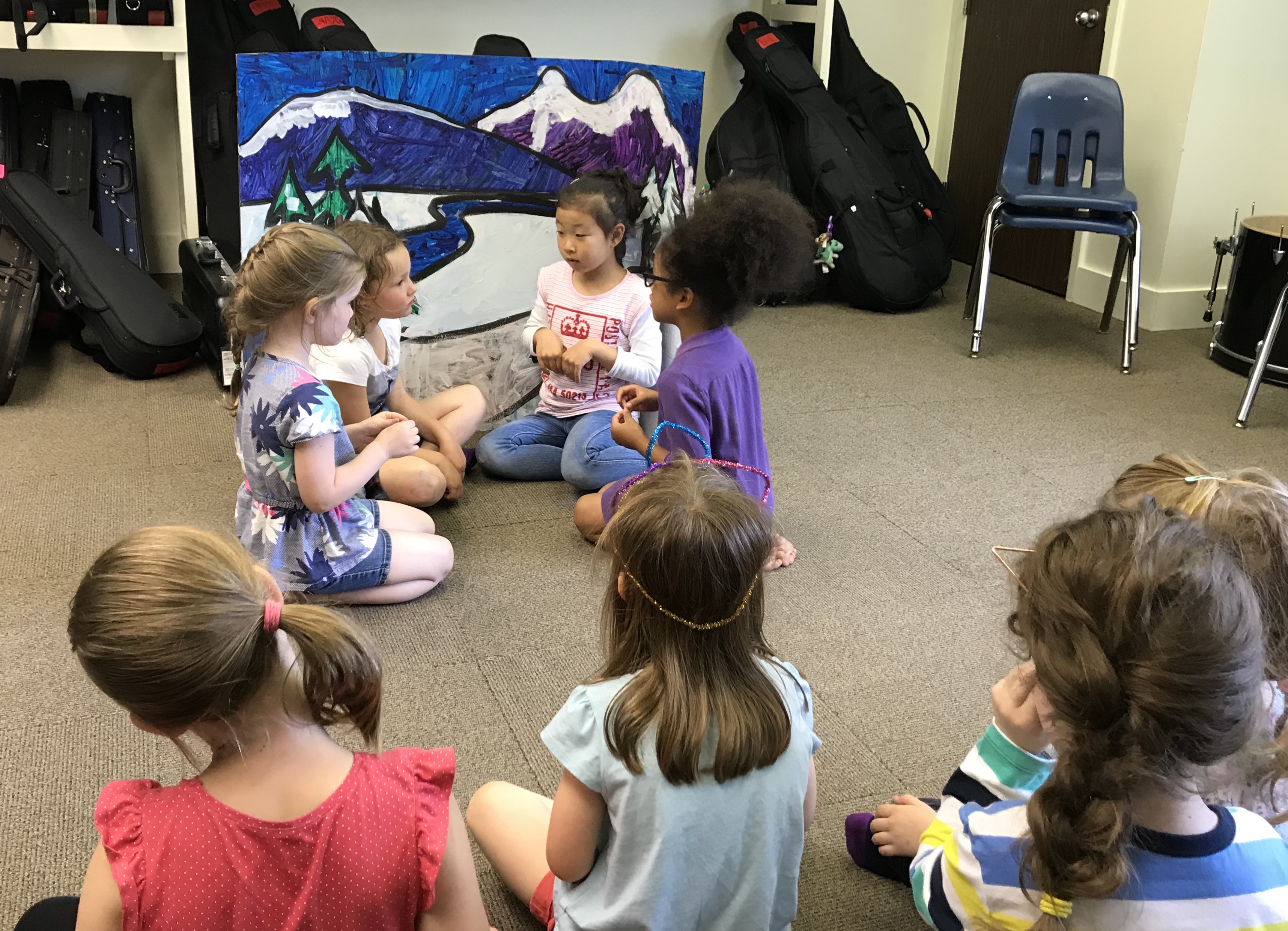 K, M, Z, and P perform a short skit they created using the winter scene as inspiration. As they planned, they found ways to incorporate the ideas of everyone in the group into their final production.