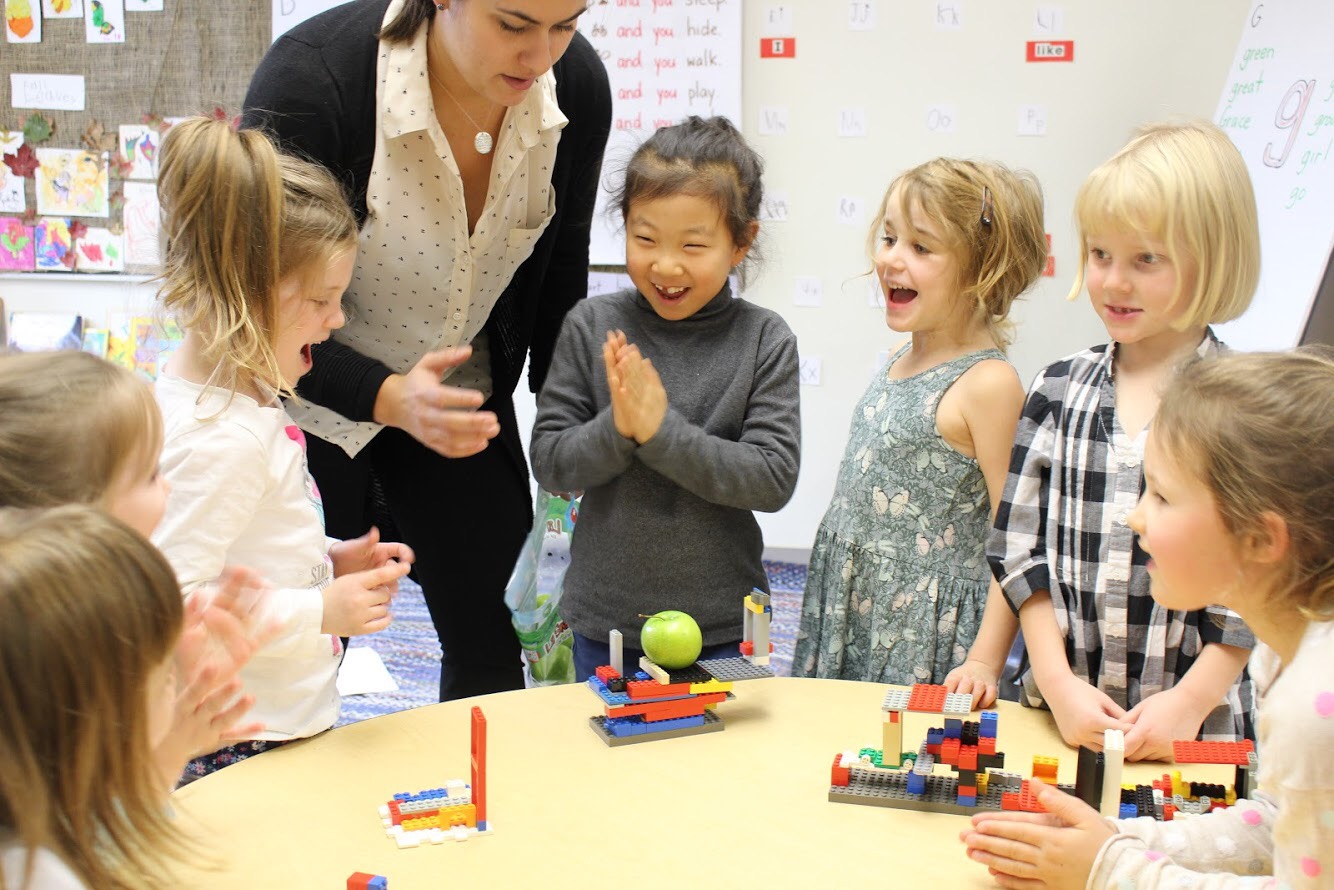 After a long weekend away from school, the Grade 1-2s were back to working on their upcoming Social Justice Data Fair project. They counted their tallies and are working on converting them into bar graphs. They also continued their learning about food prices in northern Canada during a trip to Sobeys grocery store. At the store, students compared prices listed in the 2017 Nunavut Food Price Survey with the prices they found in Toronto and found big differences! We were also very excited to hear back from our electronic pen-pals in Pangnirtung who wrote very thoughtful responses to our questions about food issues and life in Nunavut. We look forward to including their responses and photos in our project next week. During science class, the Grade 1-2s worked with the Early Learners on a LEGO STEM challenge after being inspired by the book Iggy Peck, Architect. They also did some building in CERES this week while learning about rollercoasters. On Friday, we headed out into the ravine so that each student could find the perfect stick to turn into a "presentation wand" for next week's big event: the annual Linden Social Justice Data Fair. Hope to see you there! 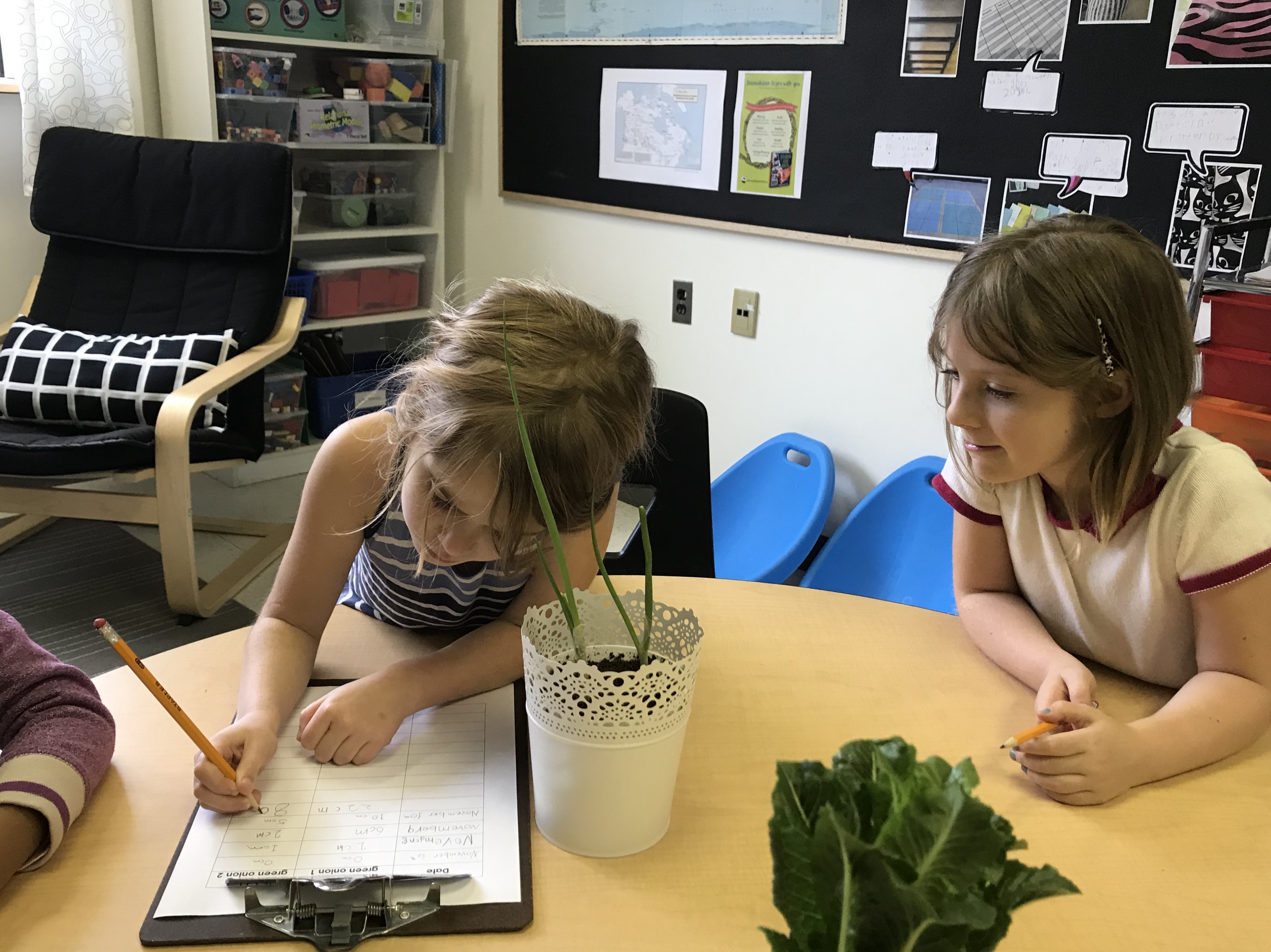 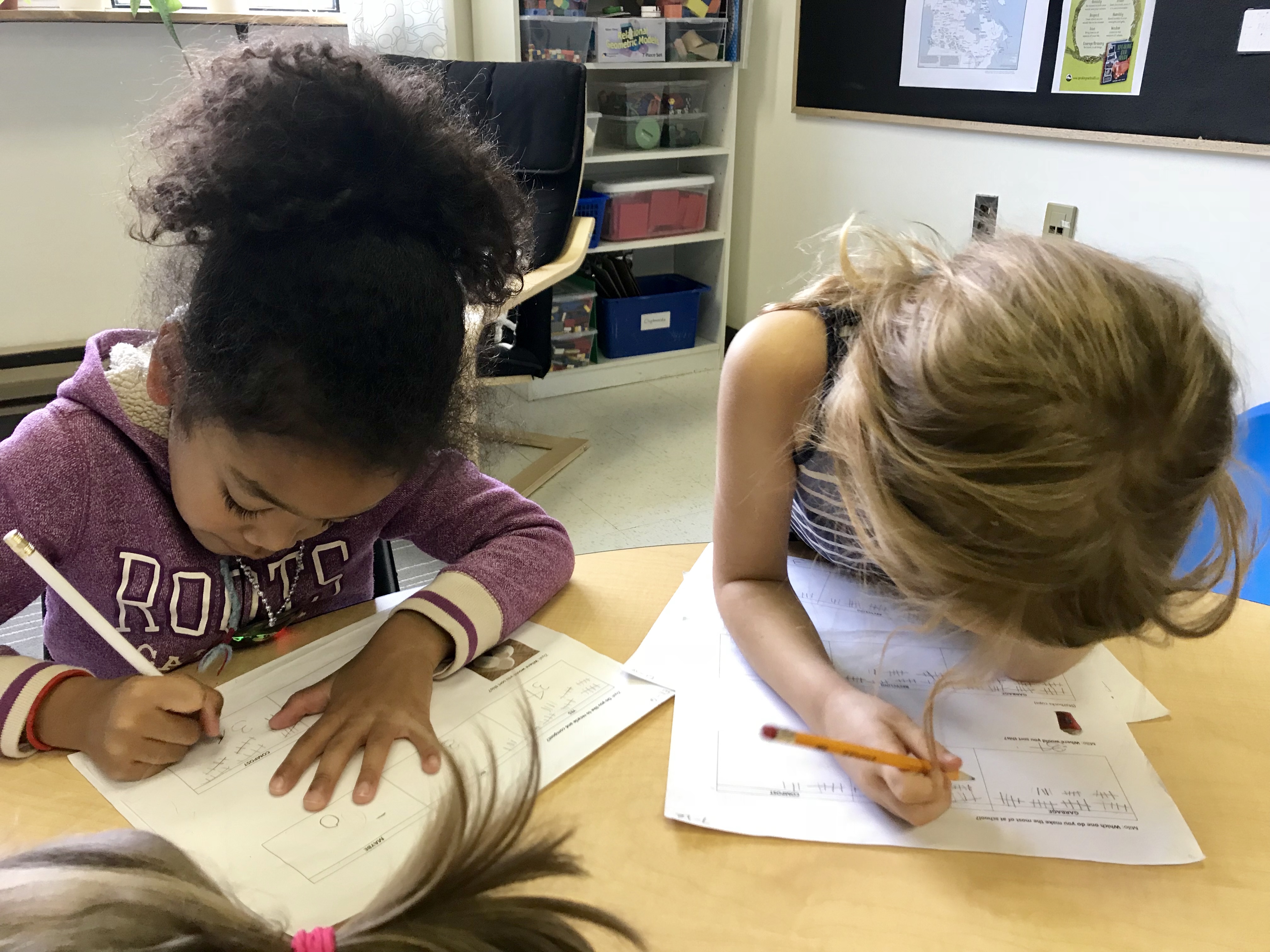 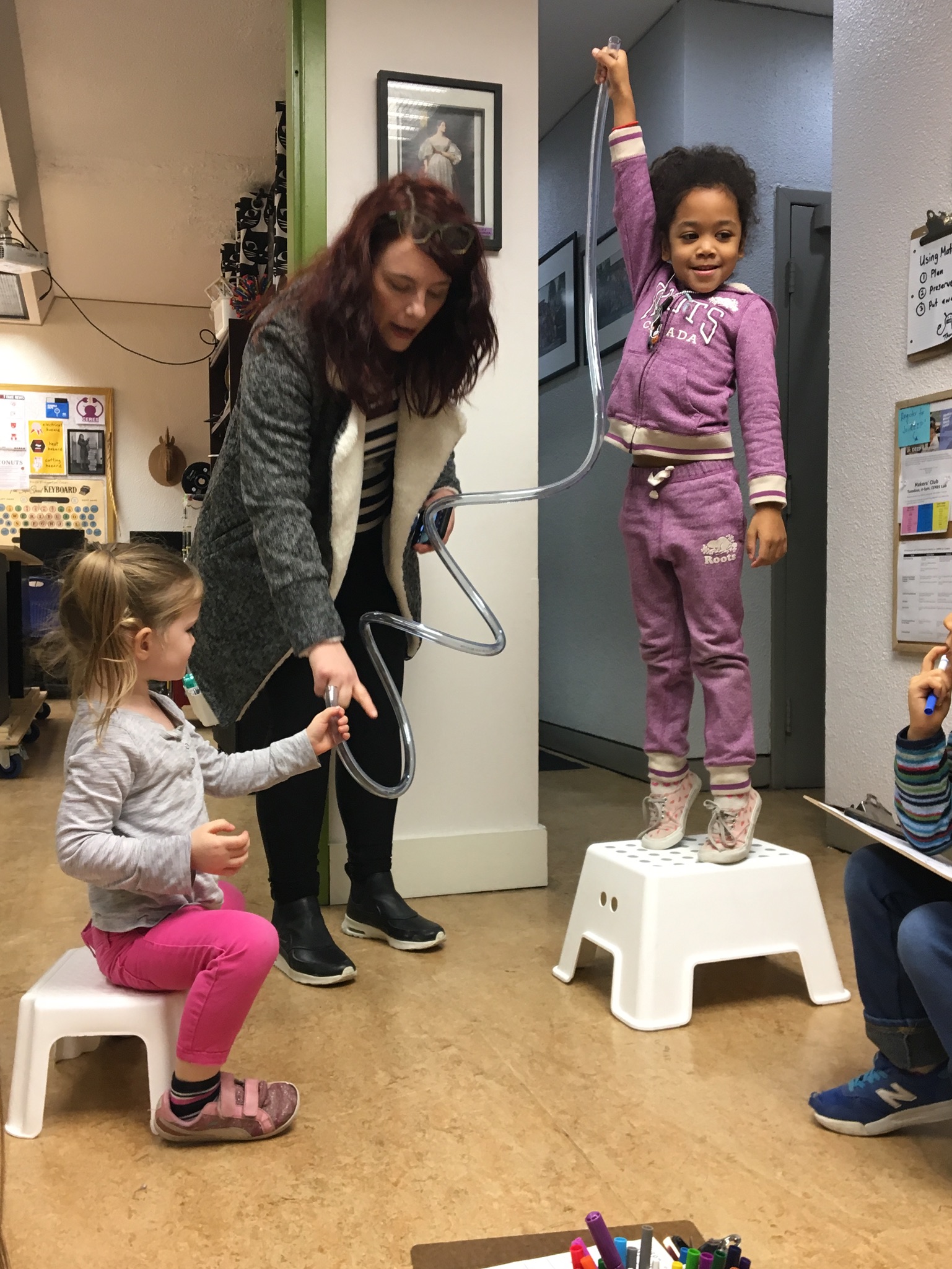 Z holds rubber tubing up to simulate some of the curved formations of a roller coaster during CERES class. 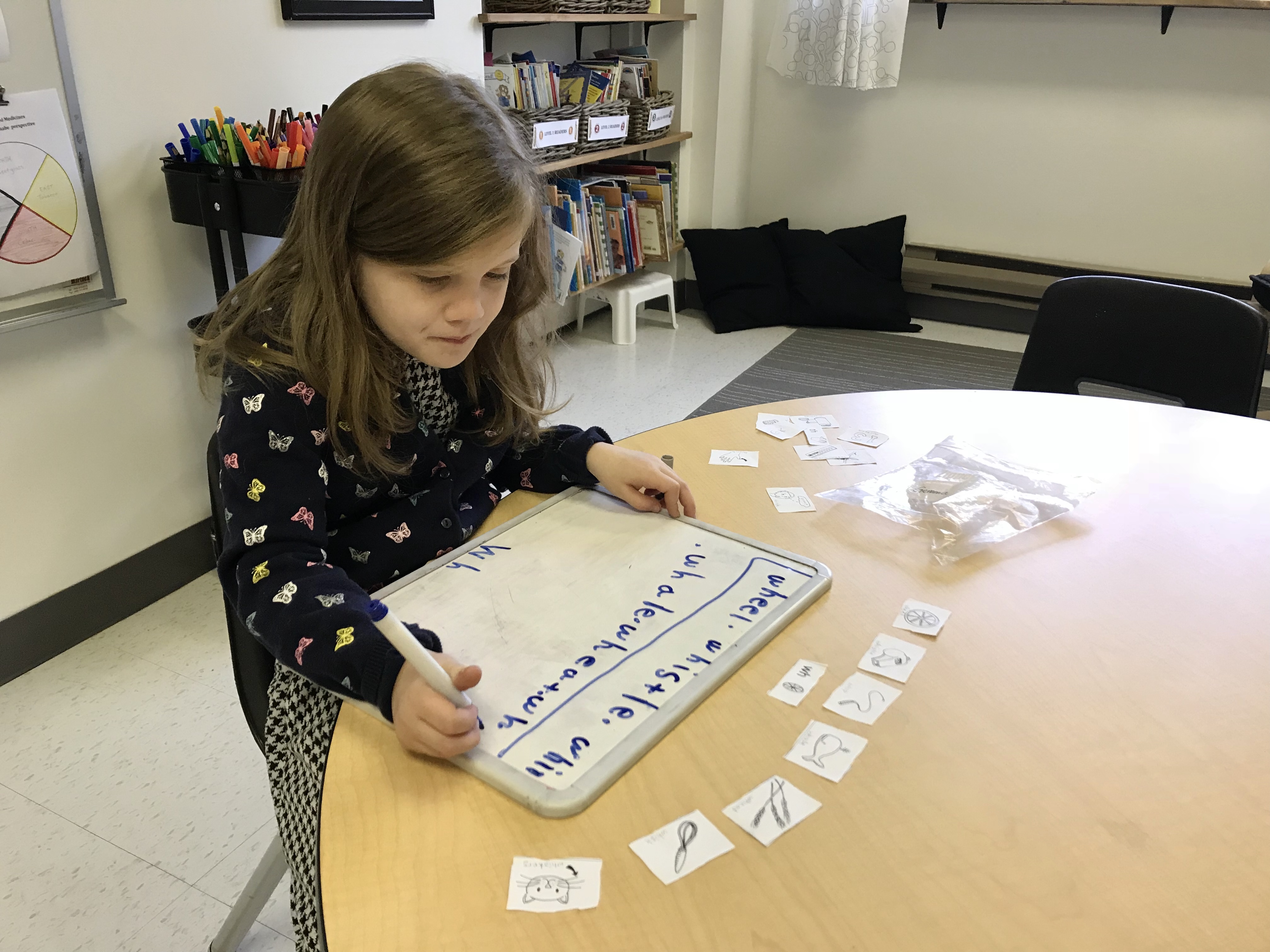 G is very motivated to move into the next stage of the Words Their Way spelling program and diligently practices writing words from her "wh" and "th" digraphs list. 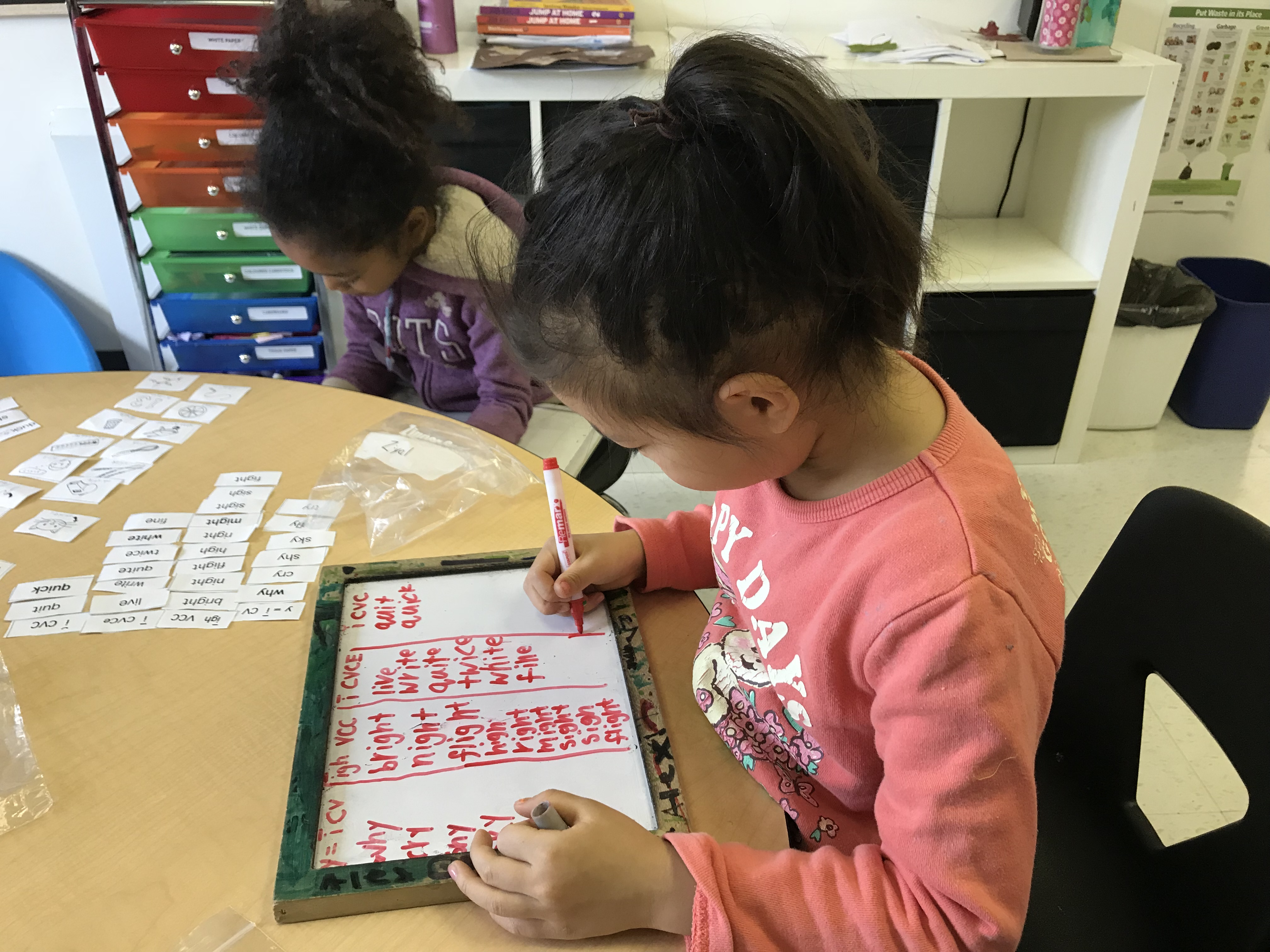 M practices writing her weekly spelling words while sorting them according to their sounds. 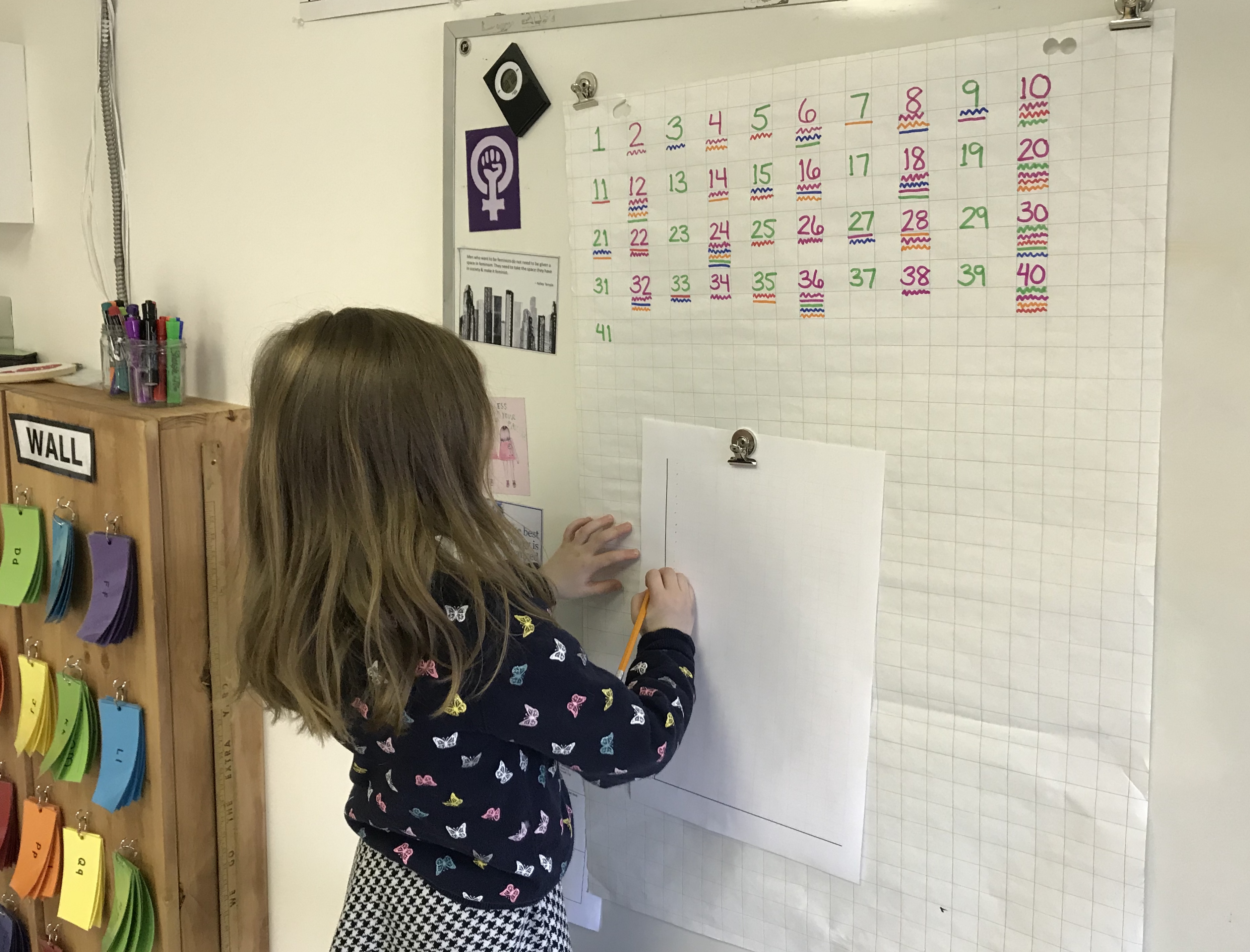 When creating her scale for her bar graph, G remembers that she can use the math calendar to confirm that she is counting by 2s correctly. 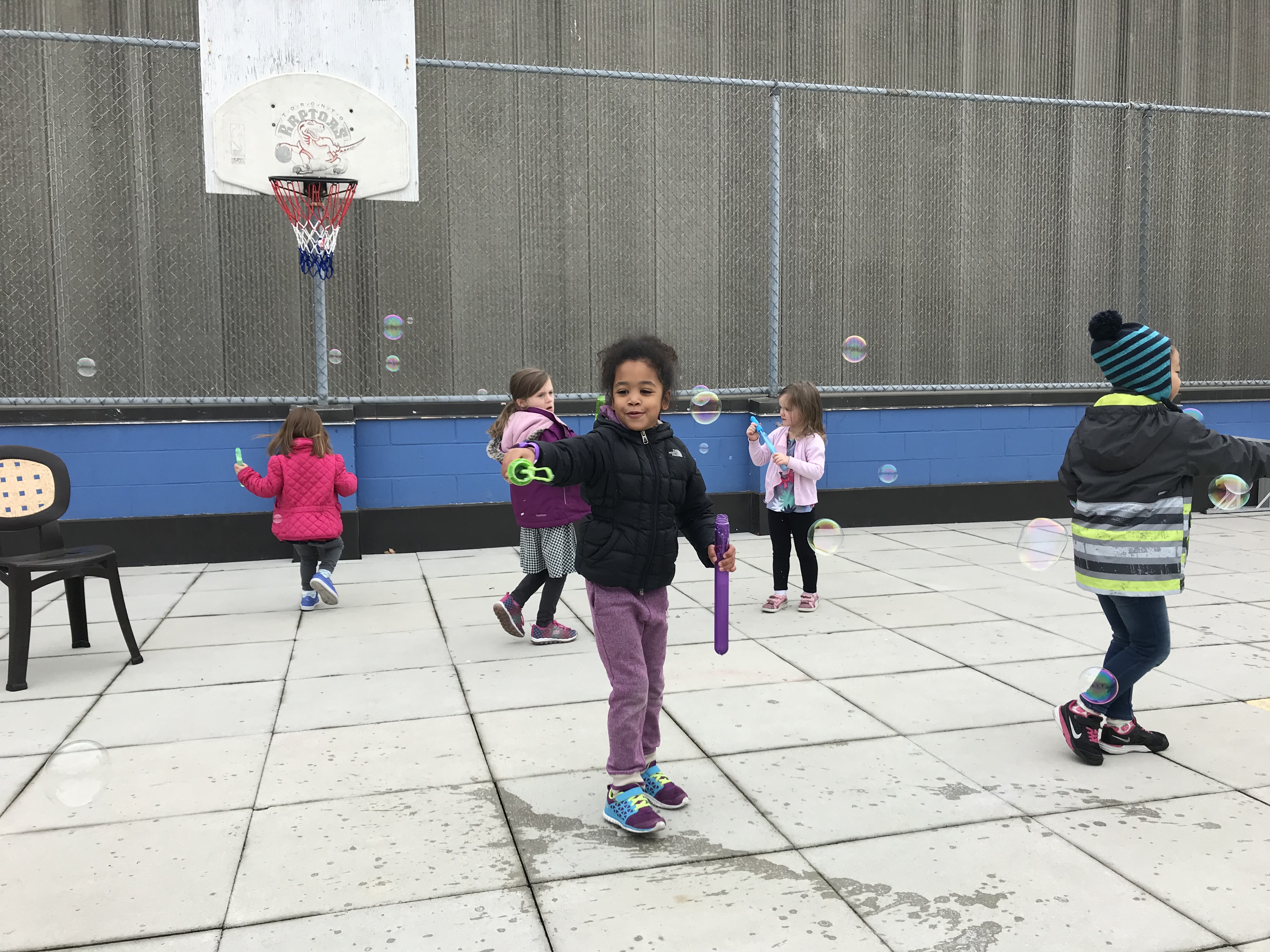 The bubble wands are a giant hit during recess. Z enjoys finding just the right angle so that the wind blows its own bubbles! 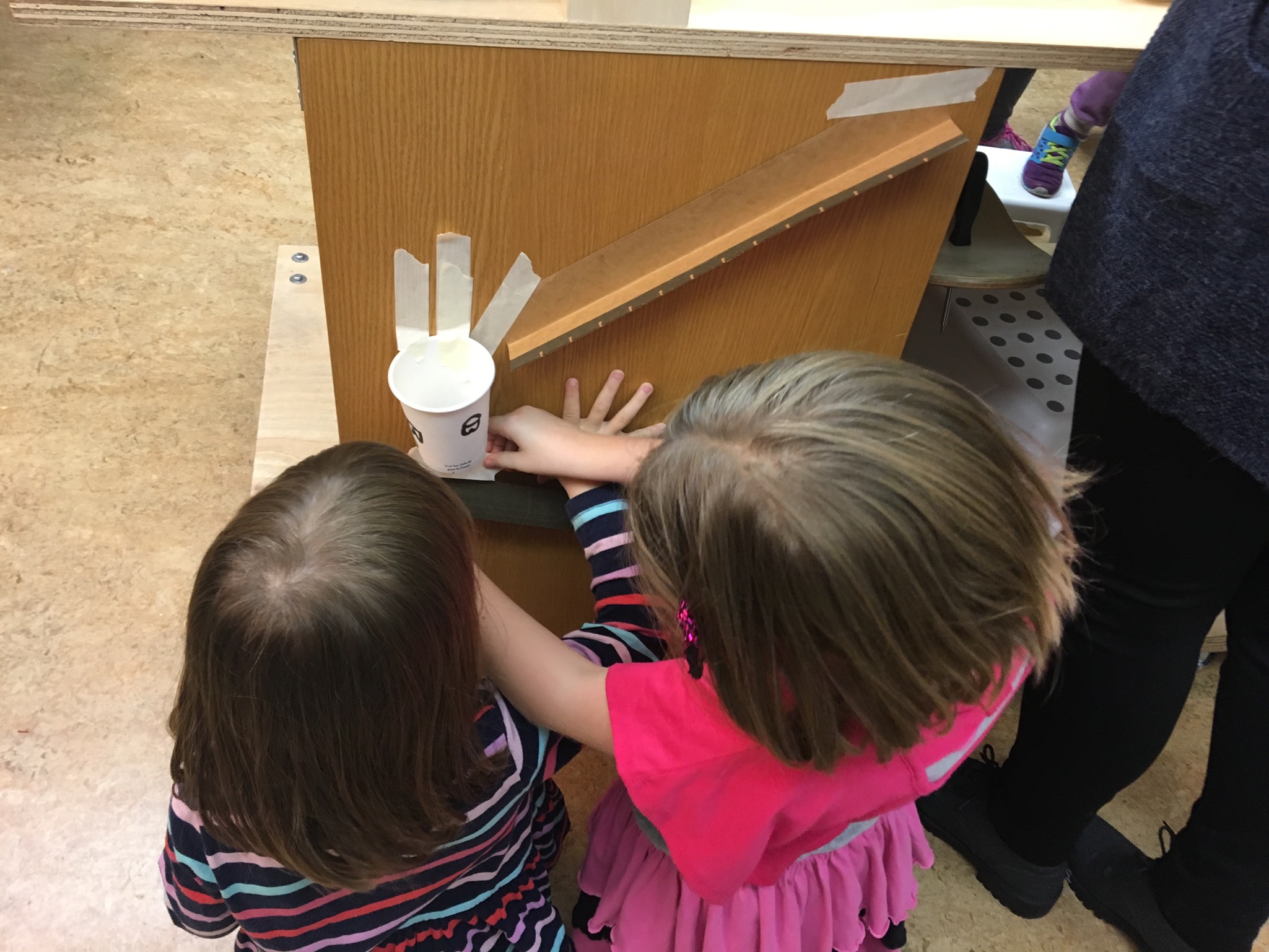 S and A work together to construct a marble run during CERES class. 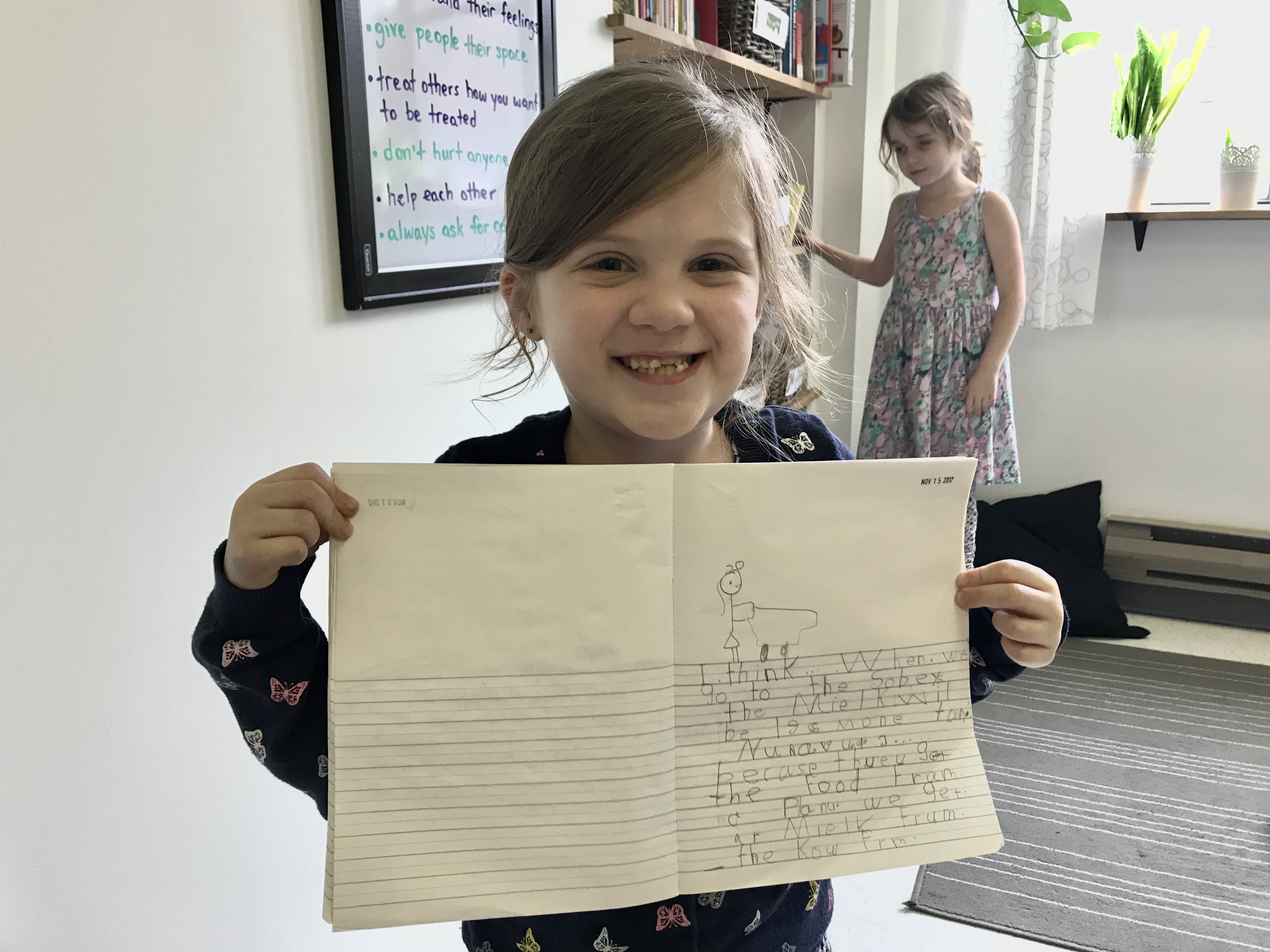 G was bursting with pride to have written a full page for the first time during Writer's Workshop. She wrote about our upcoming trip to Sobeys and how she thought the grocery prices there might compare to the Nunavut Annual Food Price Survey. Way to go, G! 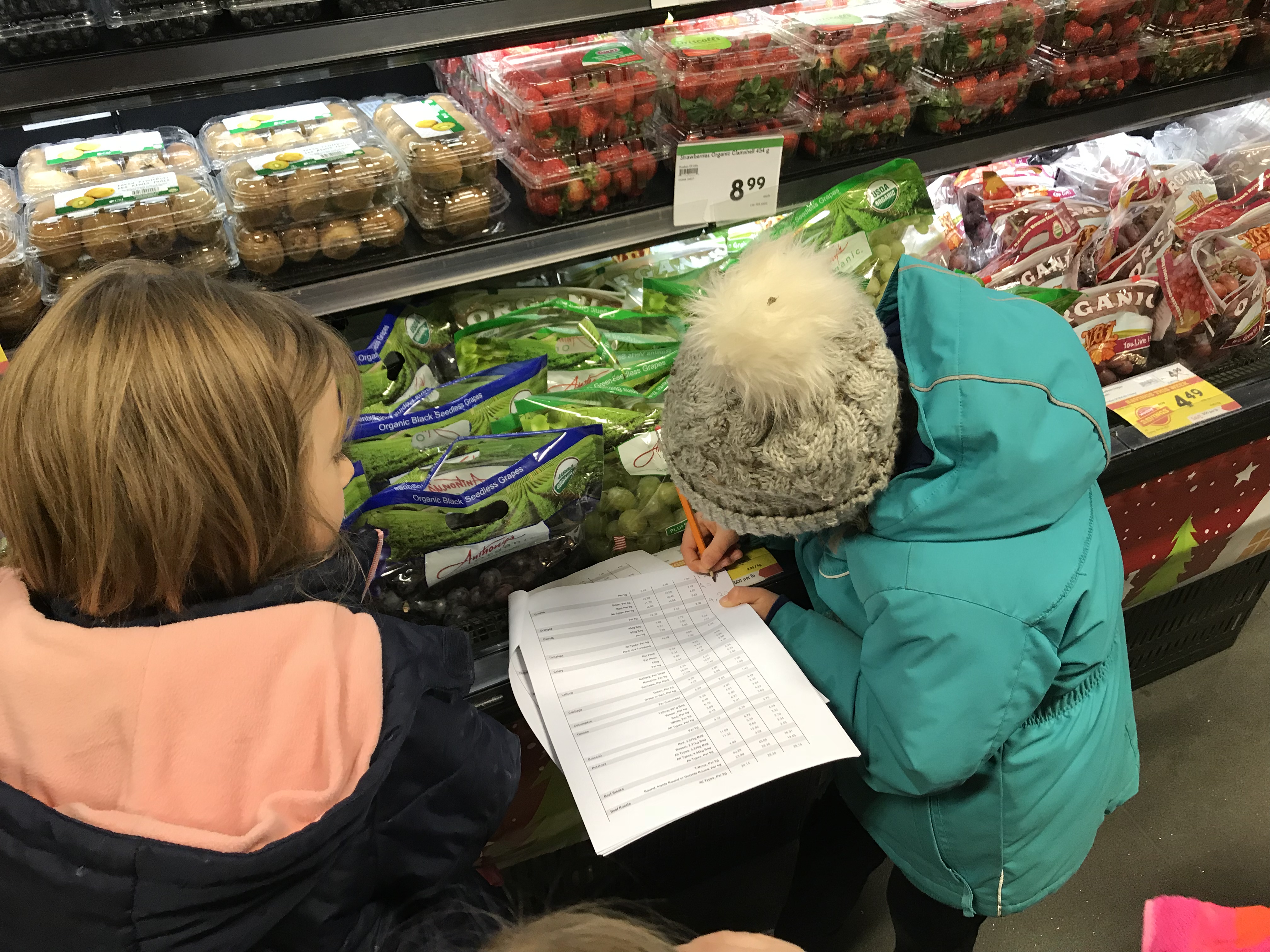 K records the price per kilogram of green grapes during our comparative price research trip to Sobeys. The price of grapes was much higher in Nunavut than in Toronto! 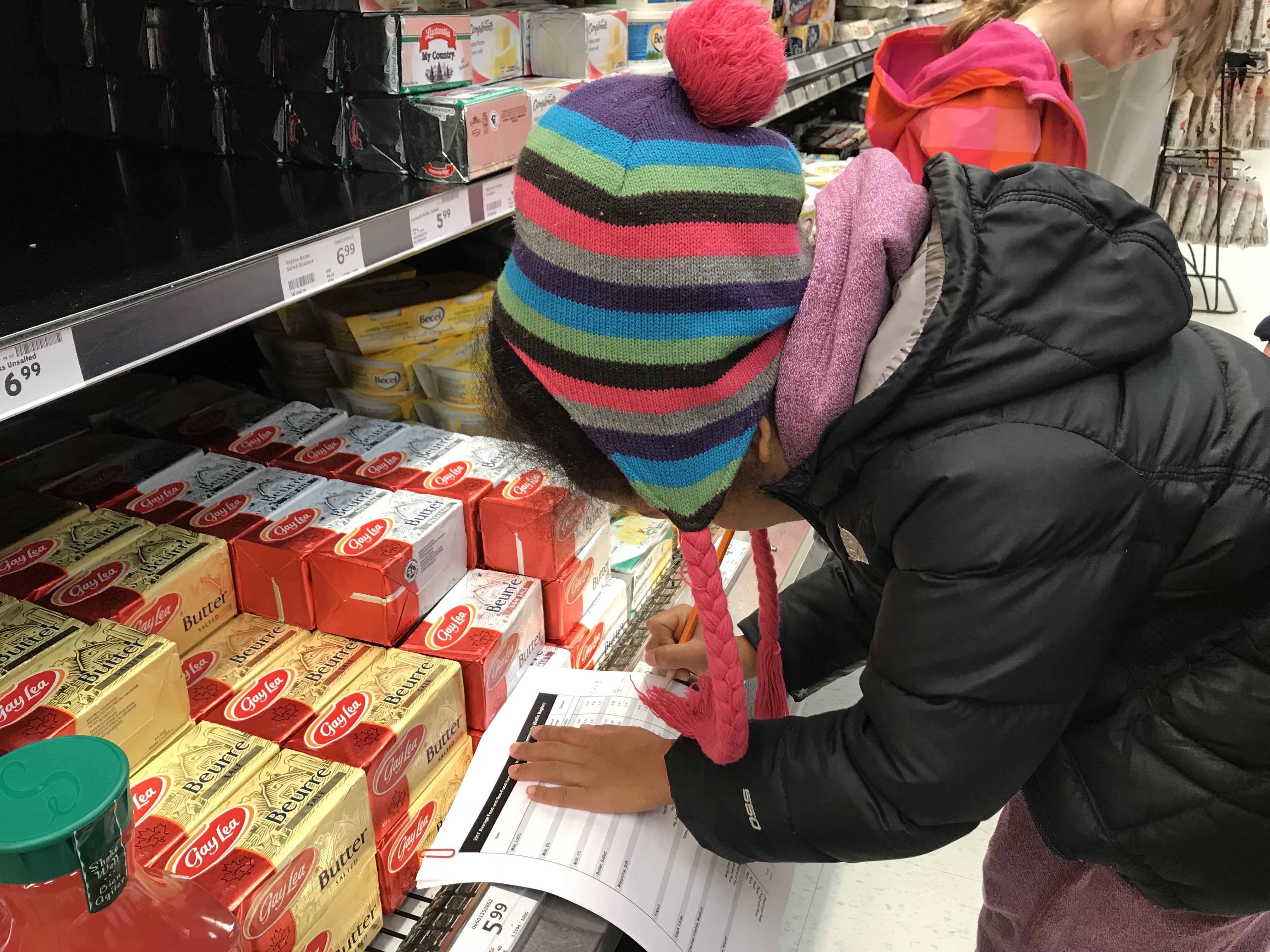 Z records the price of butter during our comparative price research trip to Sobeys. The butter was also cheaper than the average price in Nunavut. 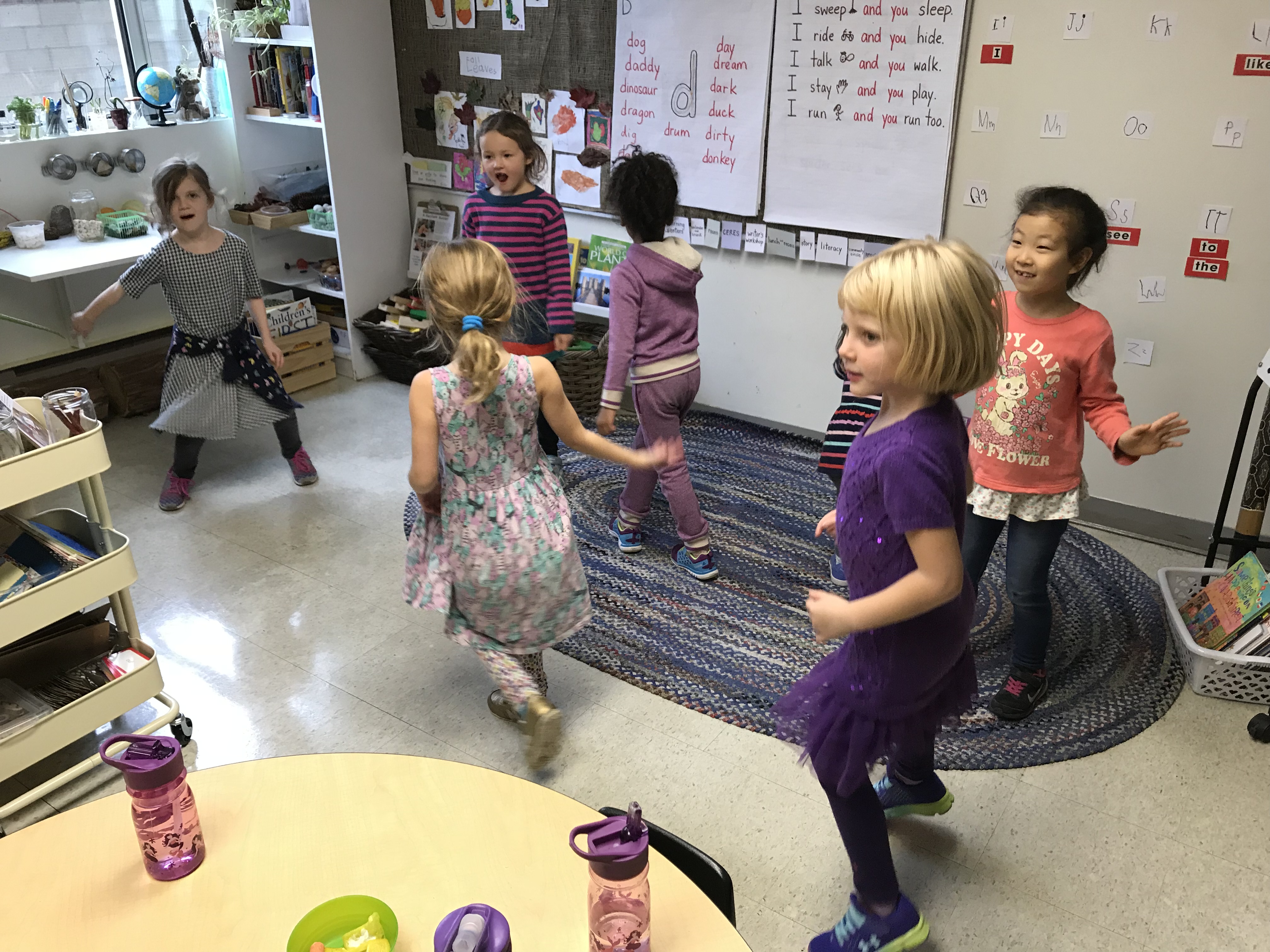 The Grade 1-2s enjoy joining the Early Learners for a dance party as they transition between classes. 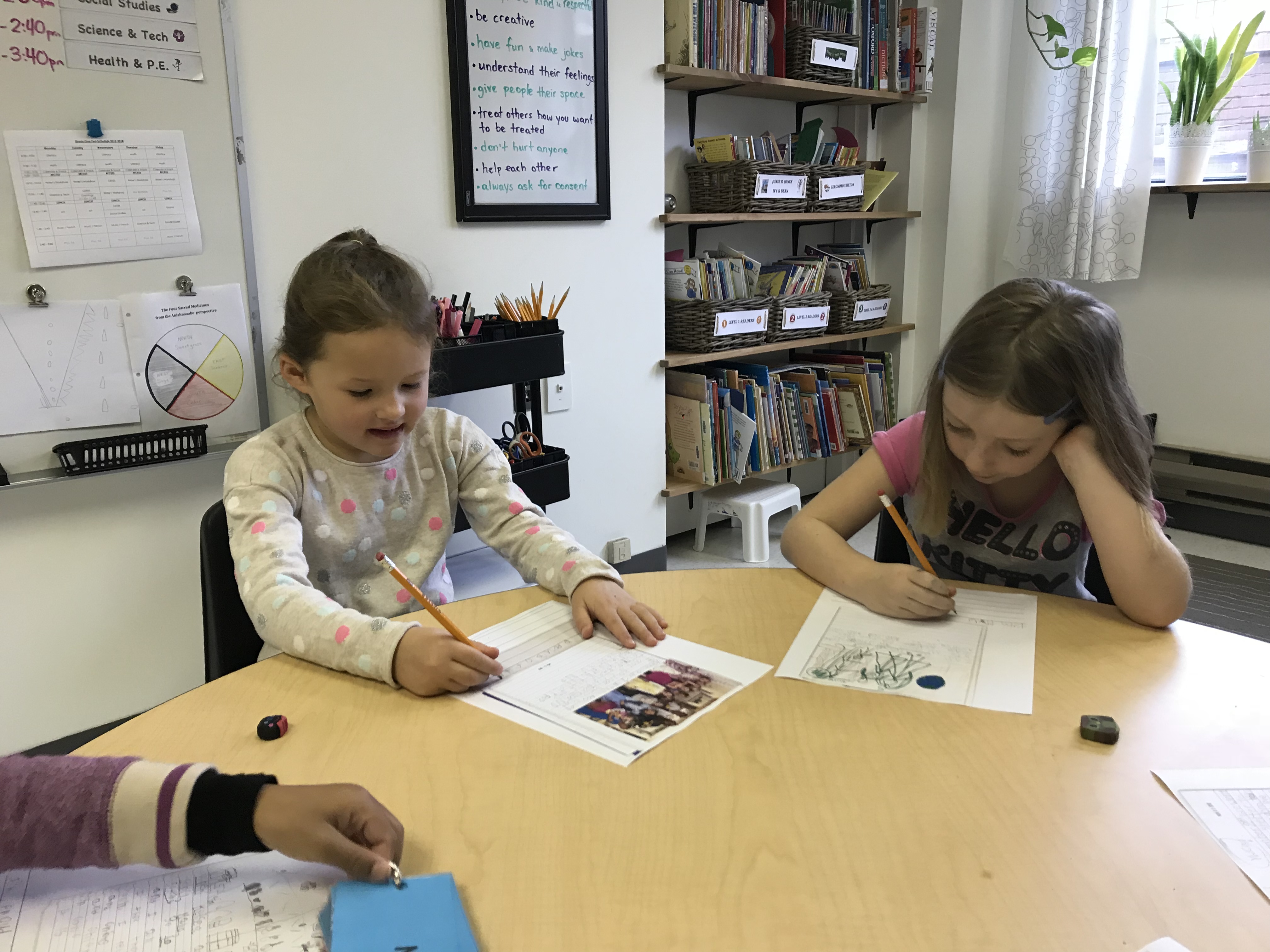 K and S chose a recent piece of writing that they were proud of and wrote about why they chose it for their portfolio. 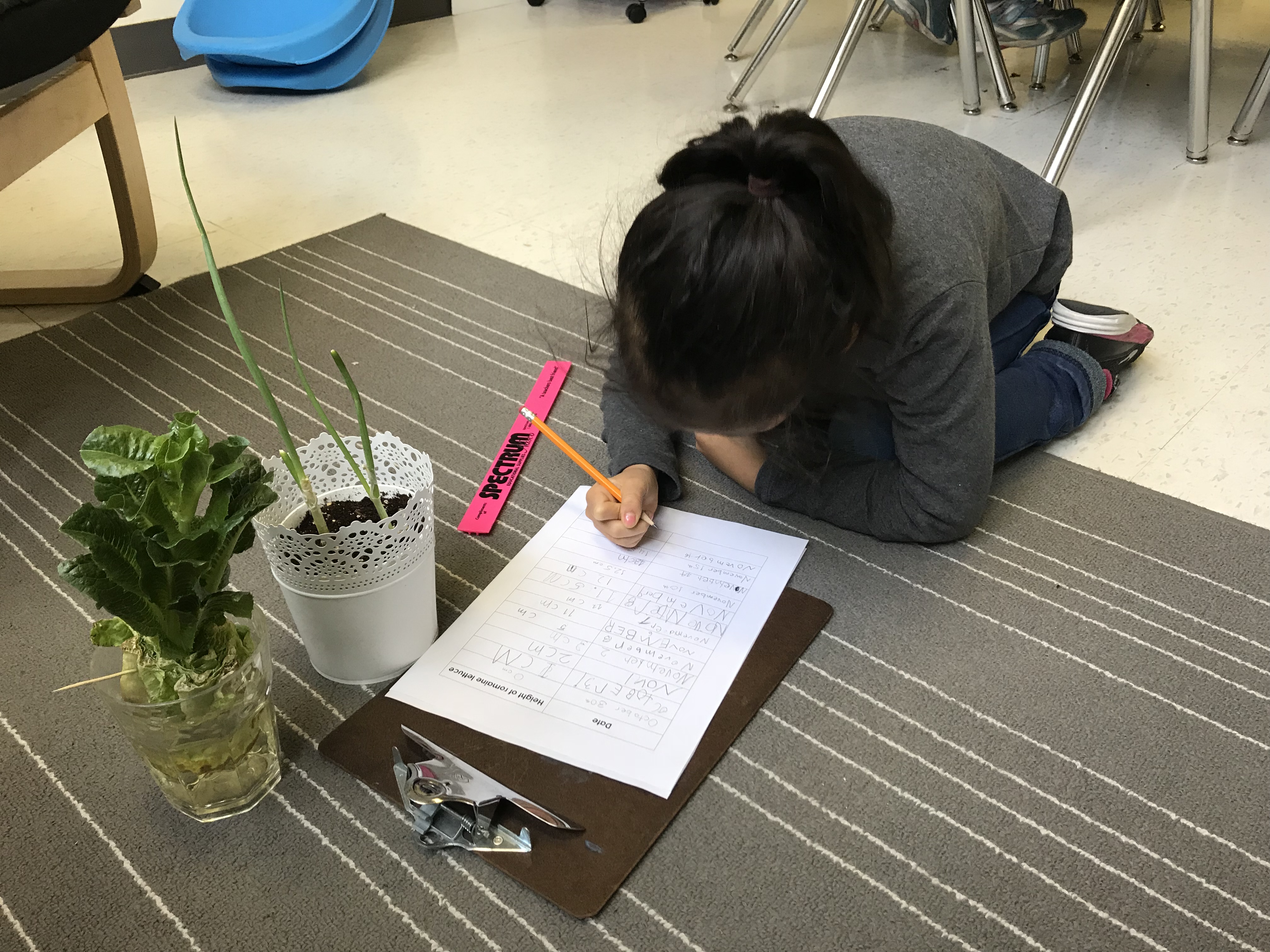 M updates our measurement records for the regrowth of our lettuce and green onions as part of our Social Justice Data Fair project. 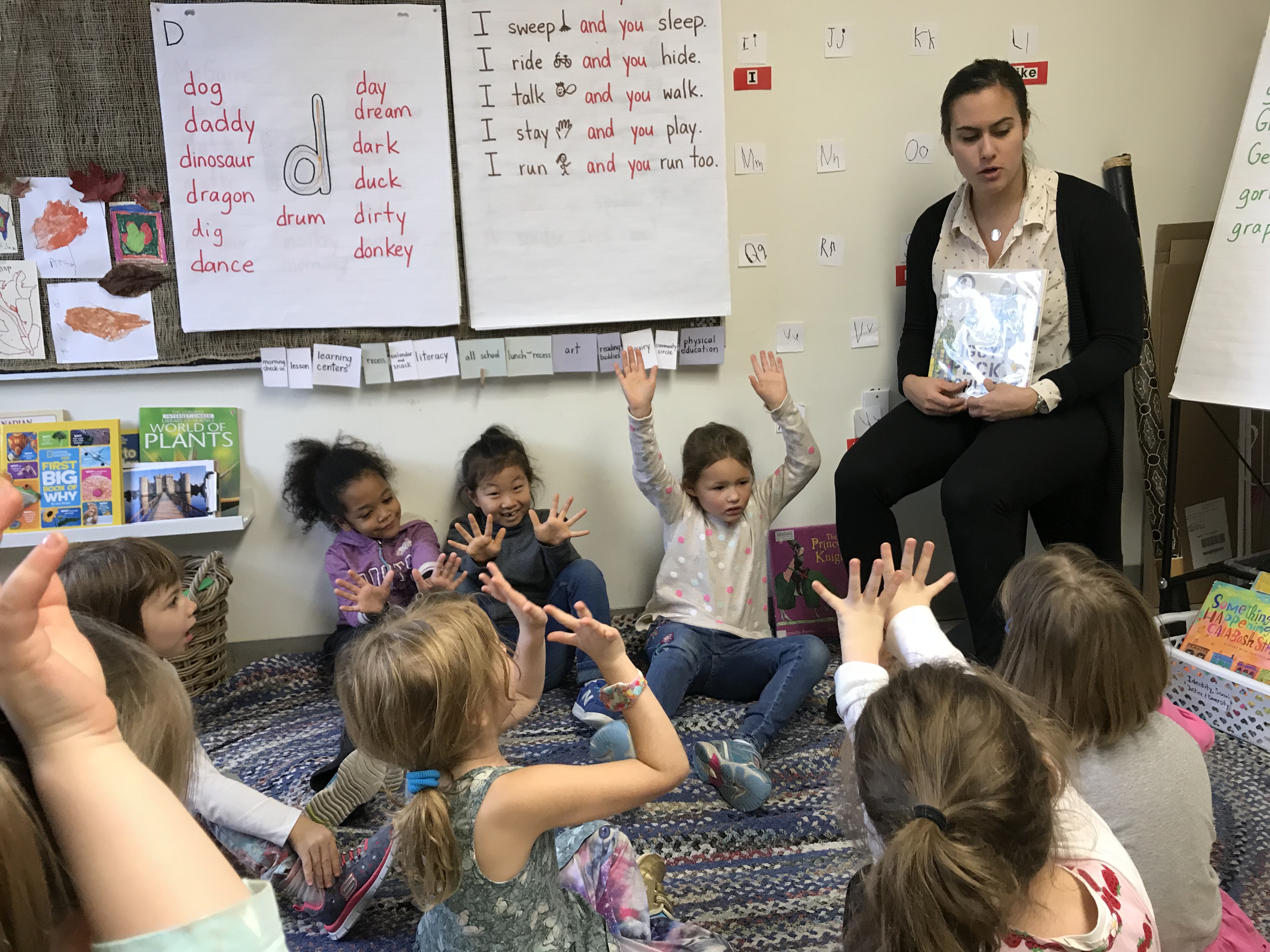 After reading Iggy Peck, Architect and hearing about their STEM challenge, students predict how many apples their LEGO bridge will be able to hold. 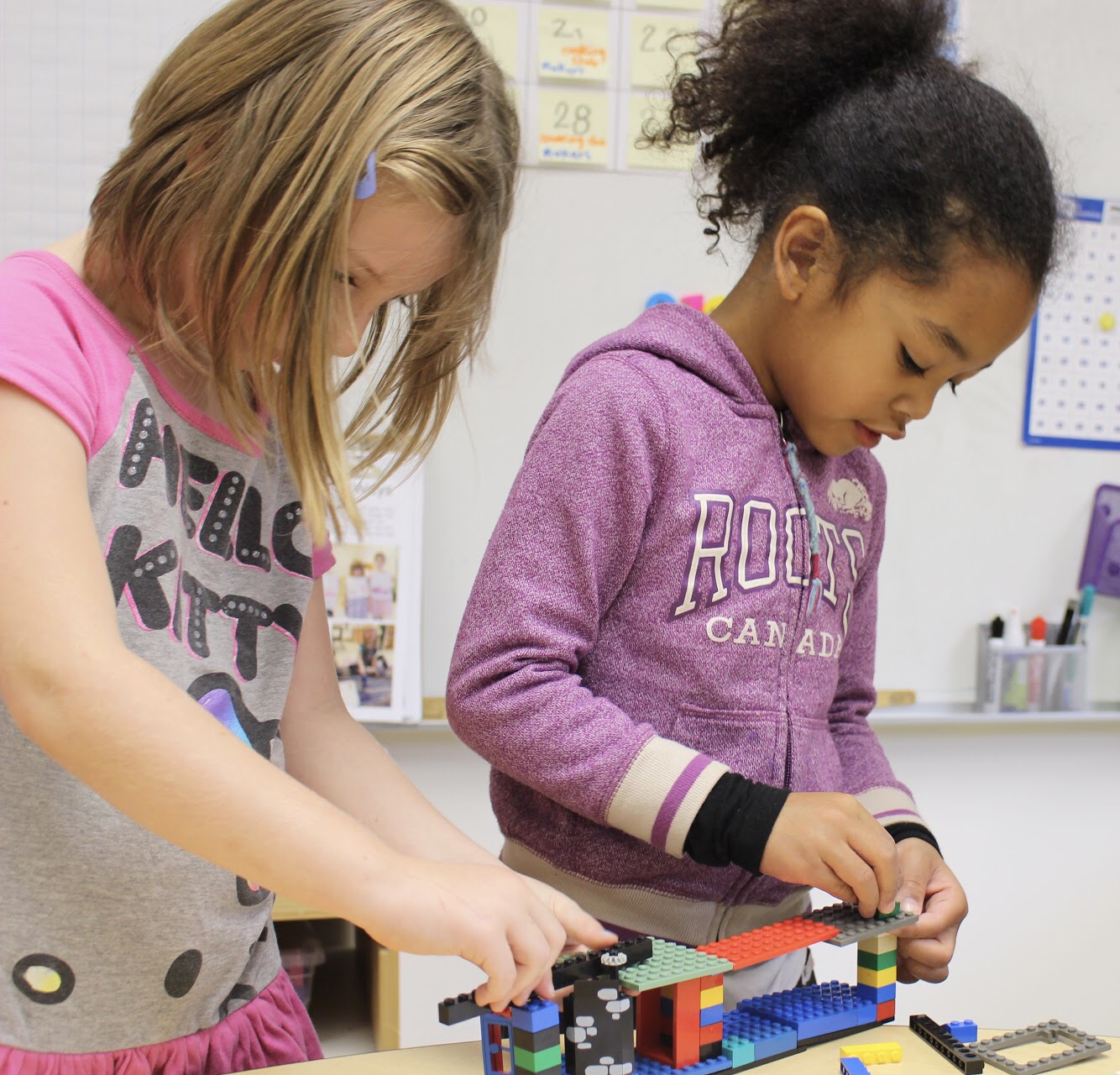 S and Z work together on their LEGO bridge construction. At first, they focus on length but after a few trials, they discover that to support a long bridge, they need to build pillars underneath to hold it up. 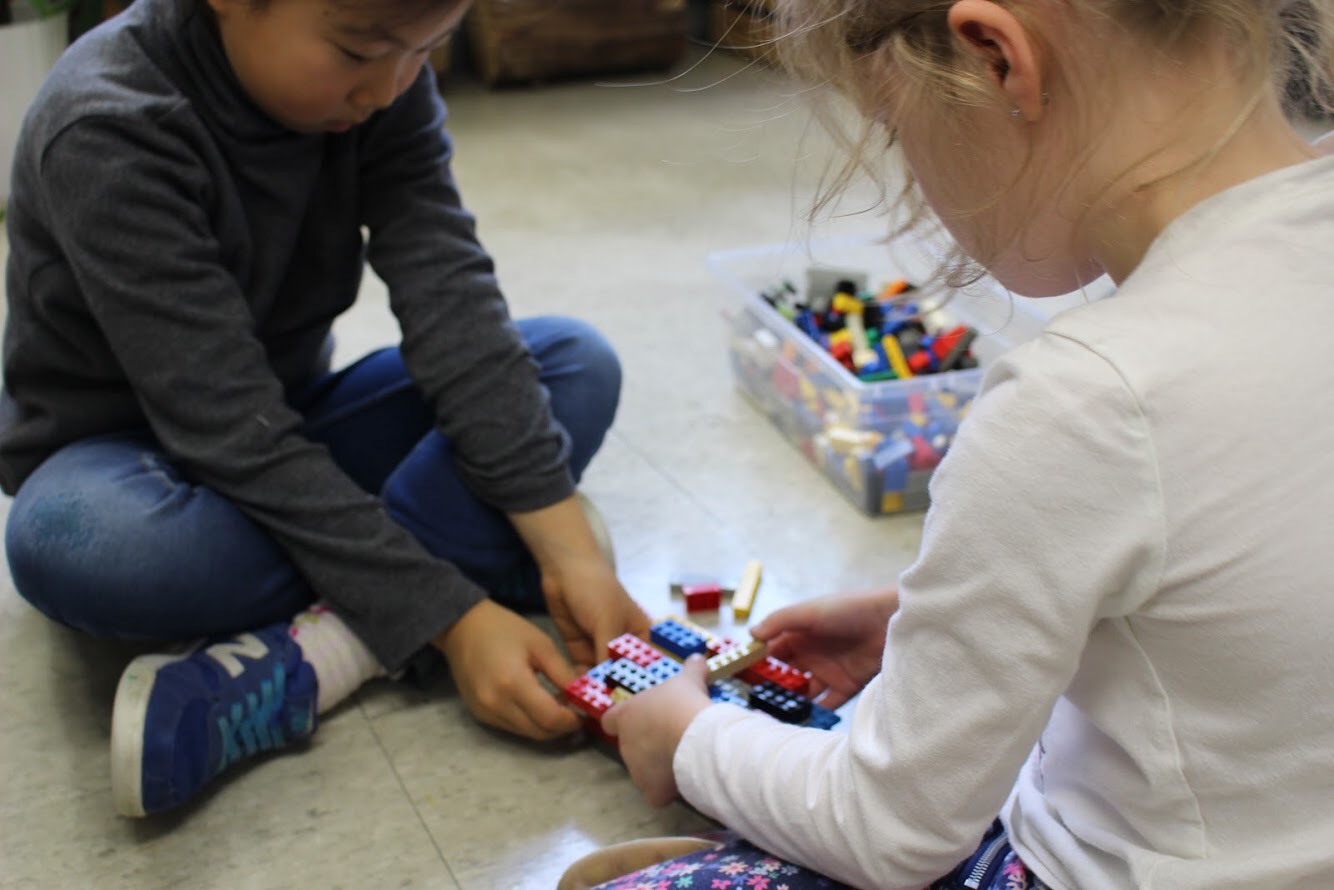 M and G work together on their bridge. They focus on strength and layer LEGO in a staggered pattern to increase stability. 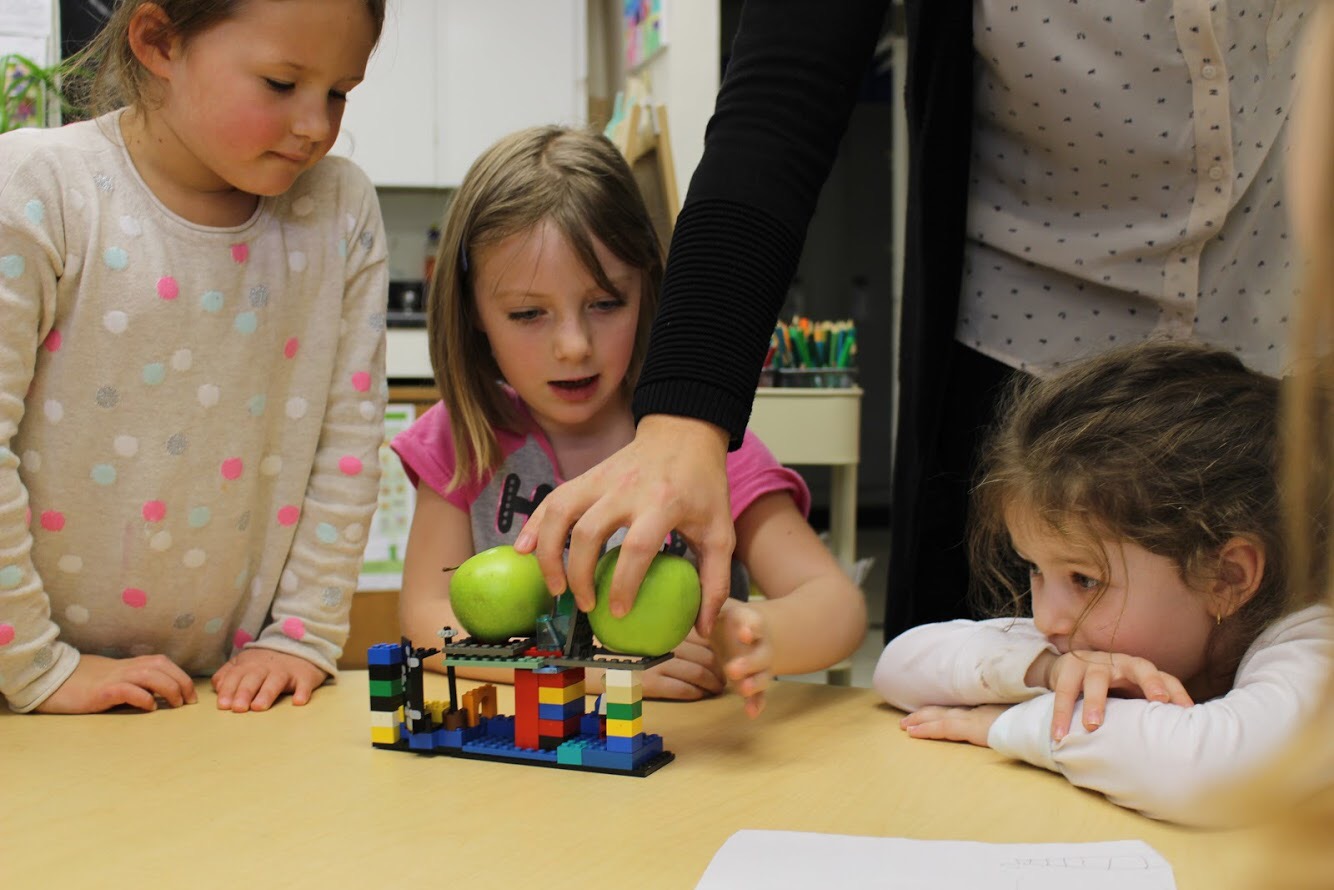 S looks on nervously, hoping that her bridge can hold more than one apple.

M, G, and K are very excited when their bridge is able to support a second apple. 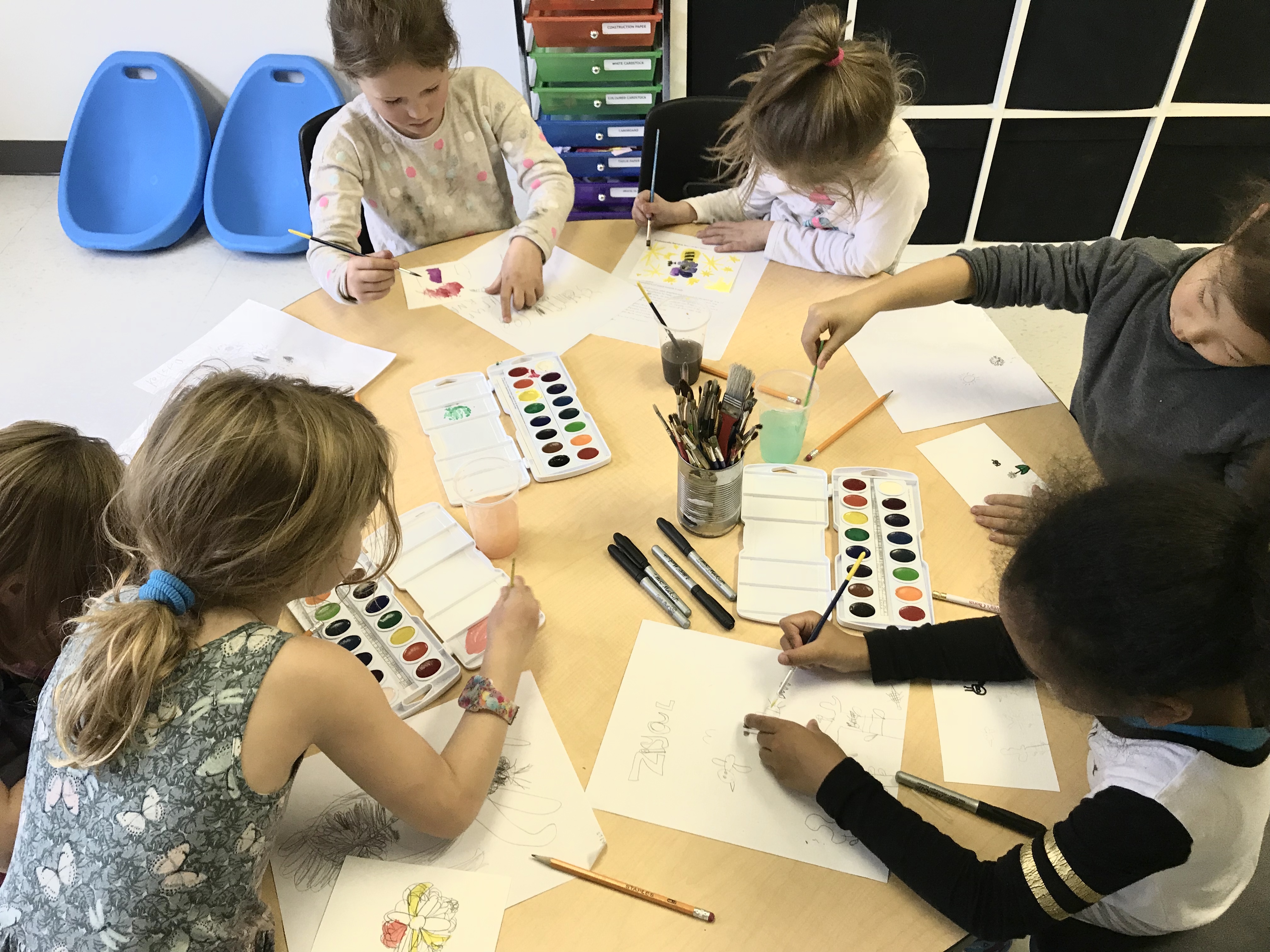 The Grade 1-2s each designed a watercolour card to accompany the rooftop honey jars as part of the sale. Proceeds from the honey sale will be used to pay for the continued hive program next year. 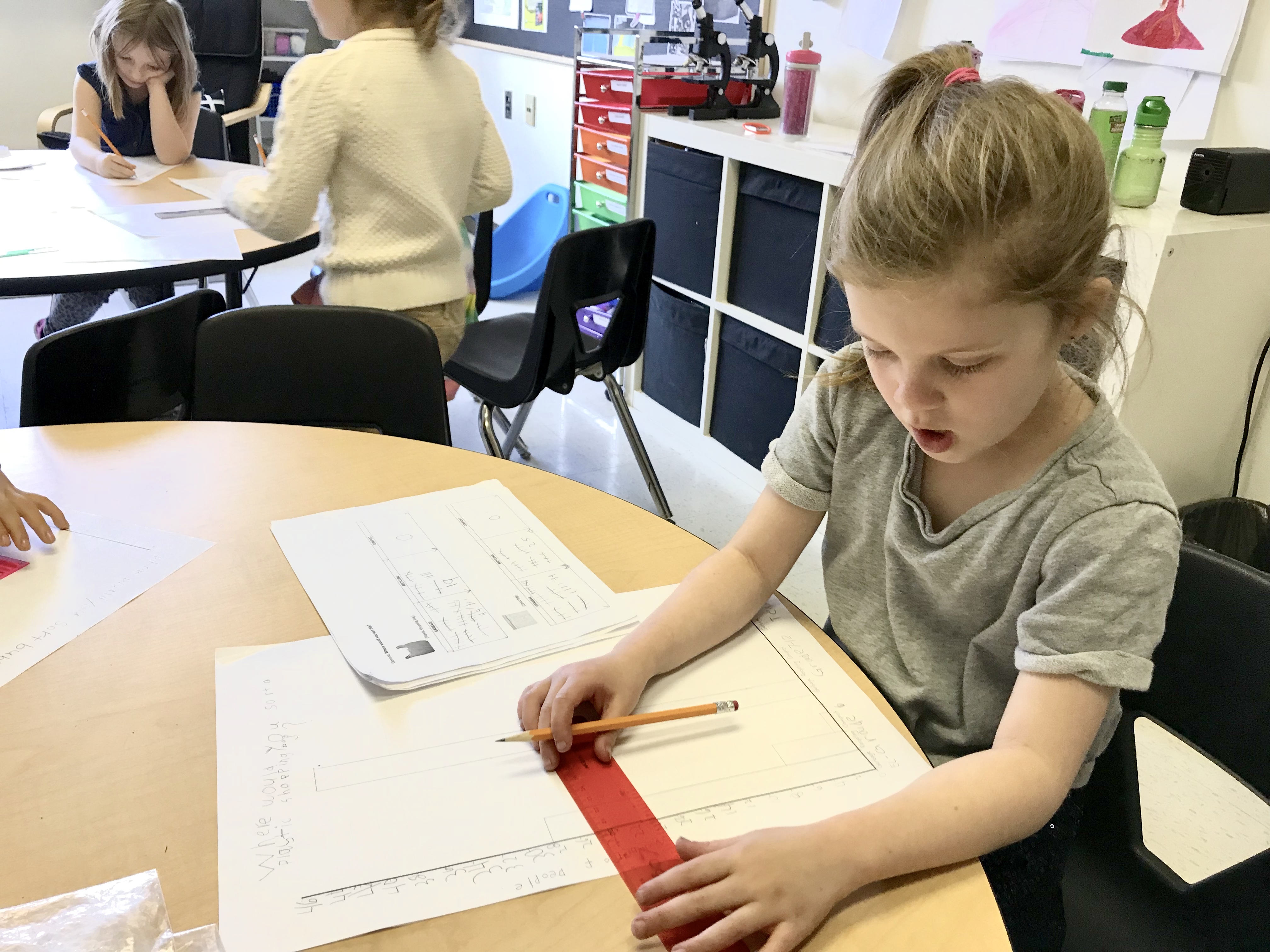 G is attentive and careful as she measures and marks the bars on her graph. She is comparing survey responses from elementary students, high school students, and staff to determine how well they sort plastic shopping bags. 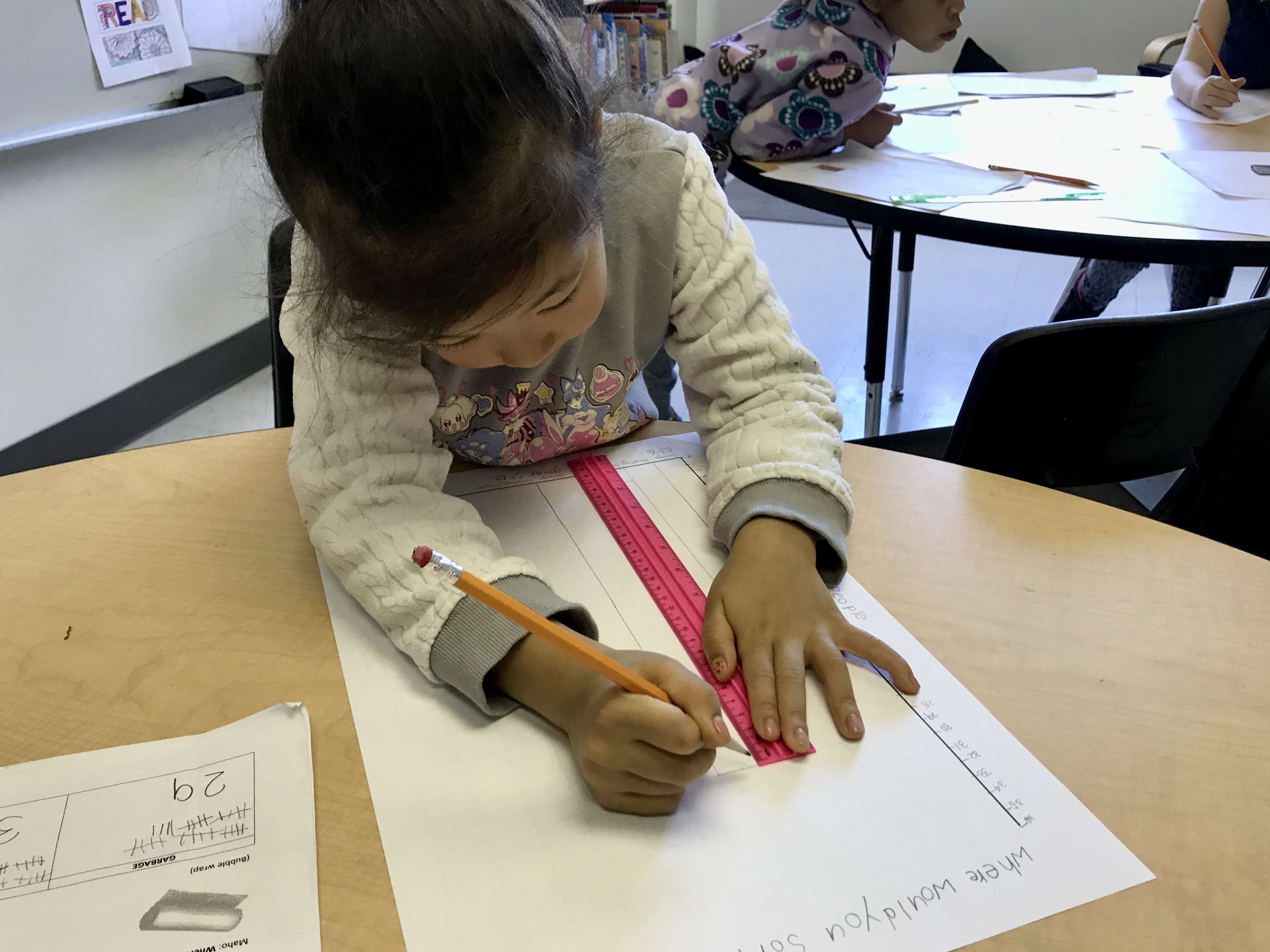 M converts her tallied results into a bar graph to show how people would sort bubble wrap. This was a very controversial question during our survey process! 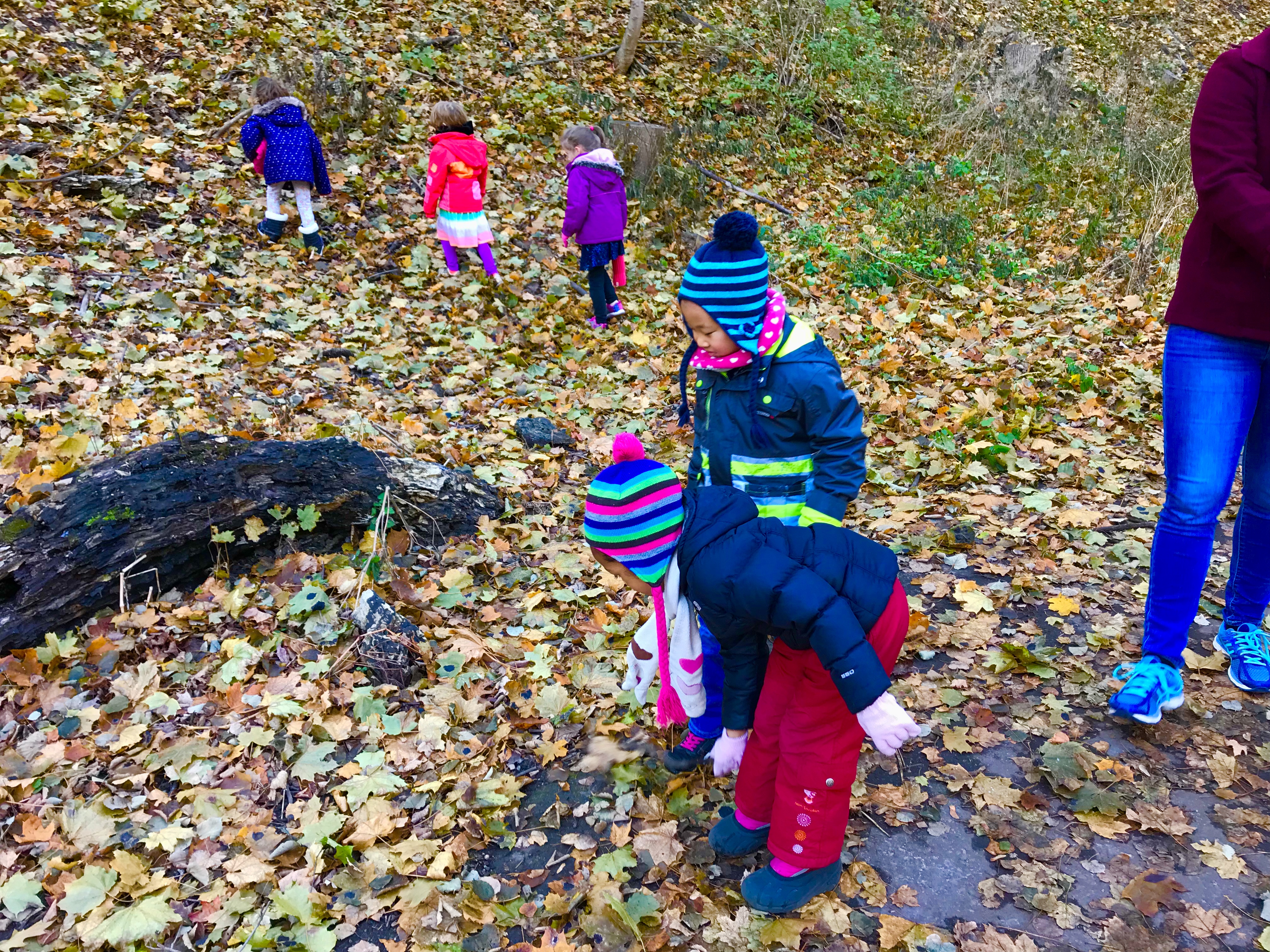 Students hunt for sticks to turn into their "presentation wands" for our upcoming Social Justice Data Fair. 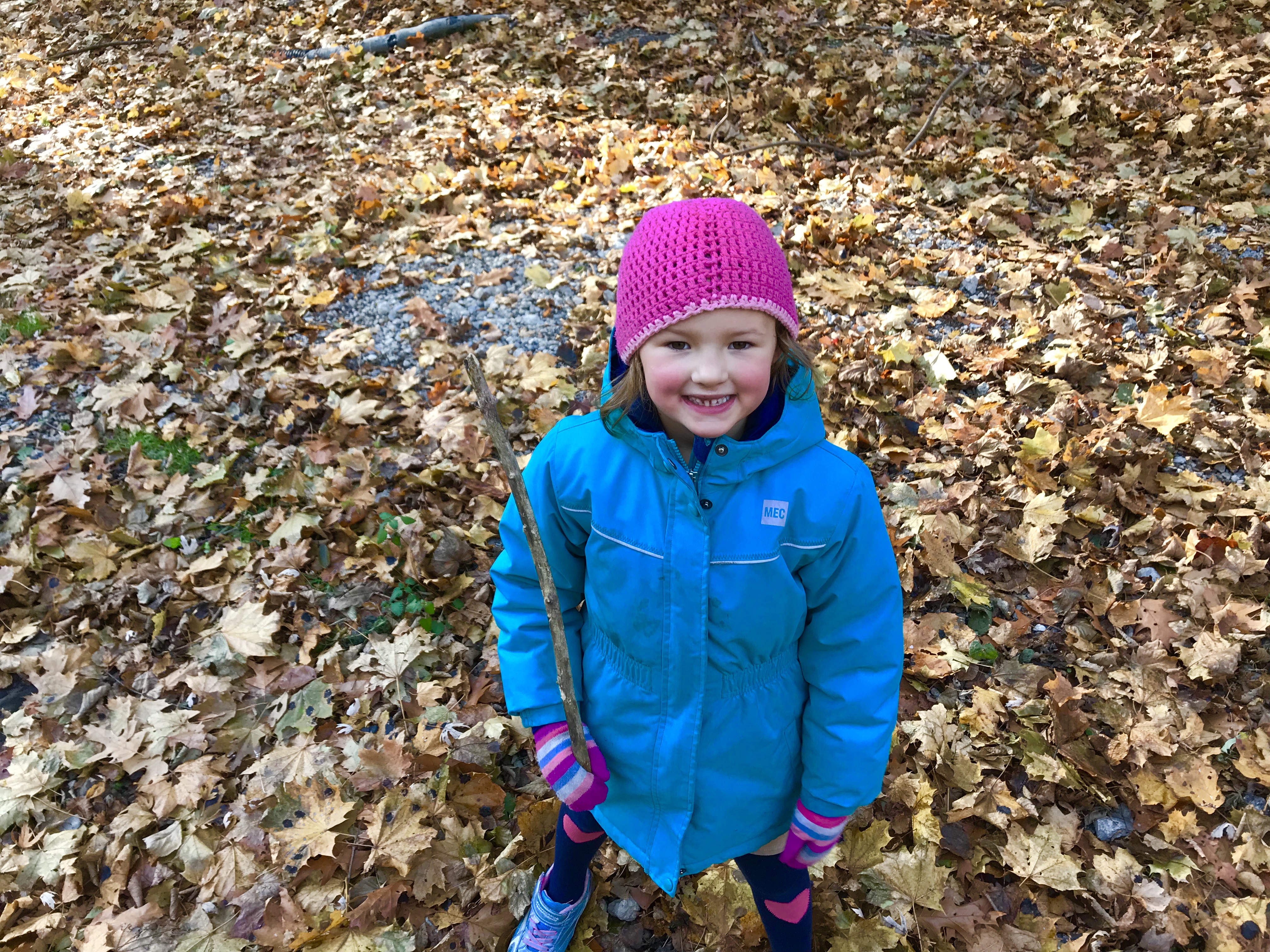 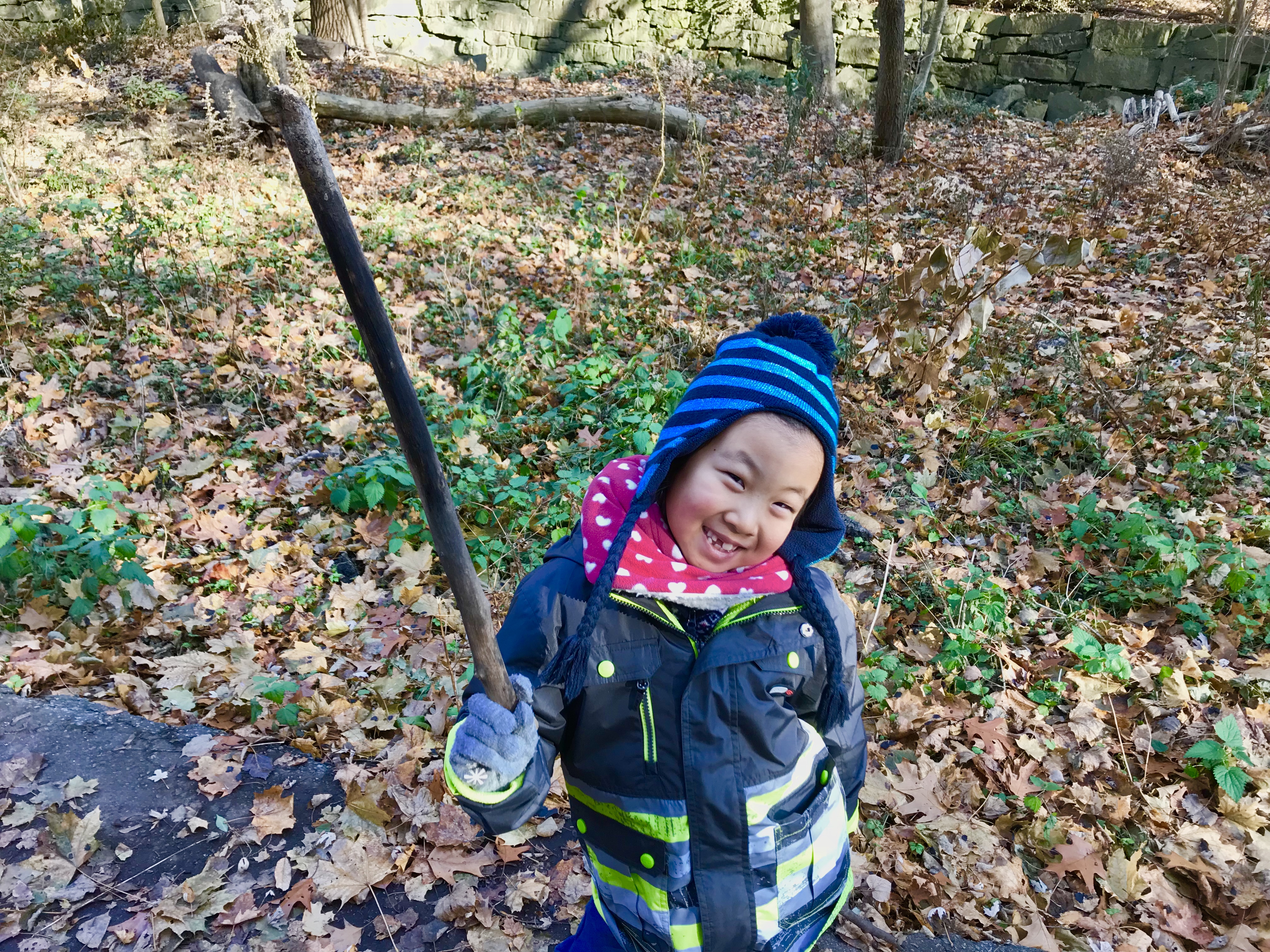 M is waffling between two stick choices but it seems like this one is the winner. 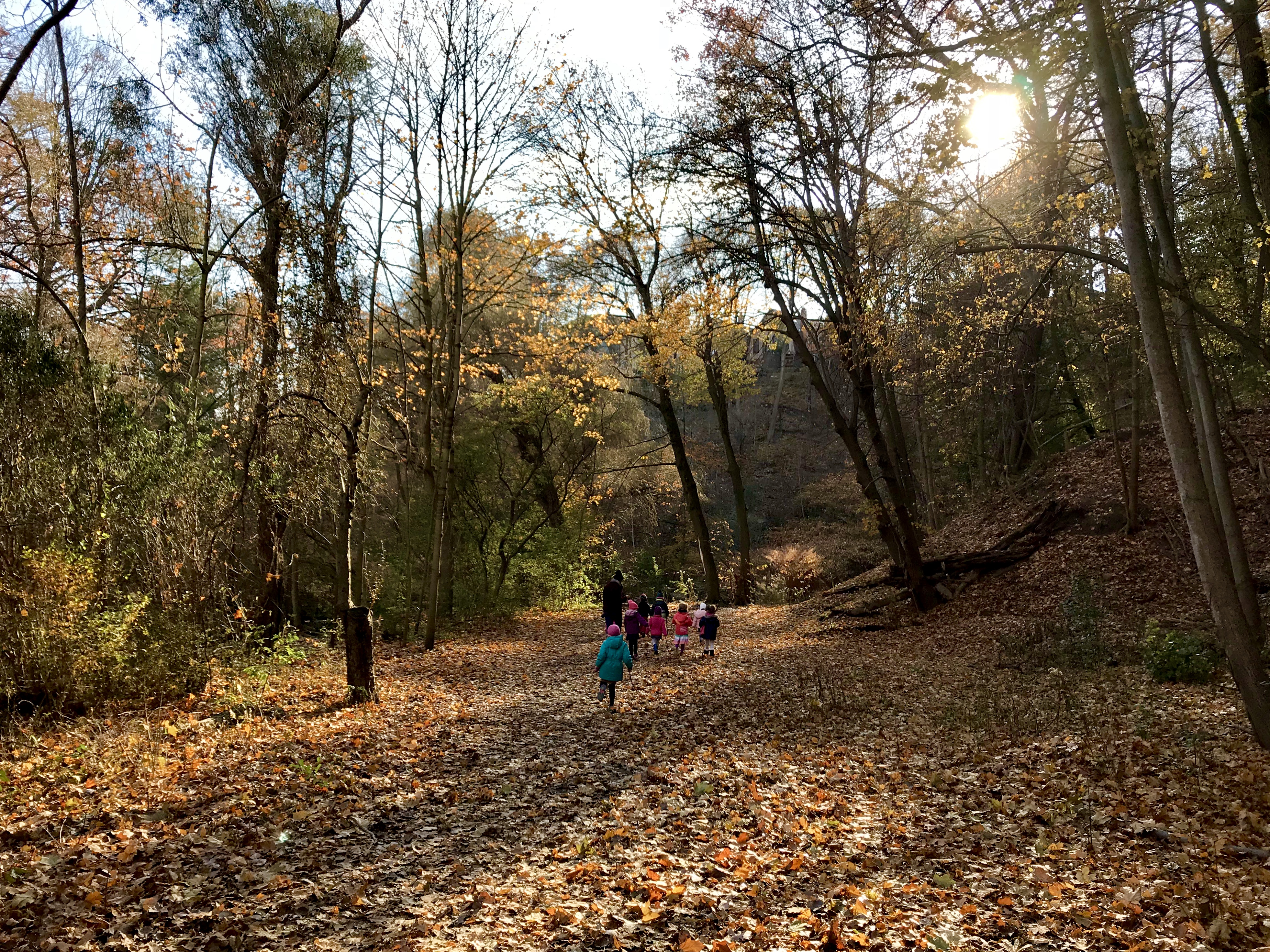 We are so grateful for our proximity to the ravine, especially on beautiful fall days like this one! 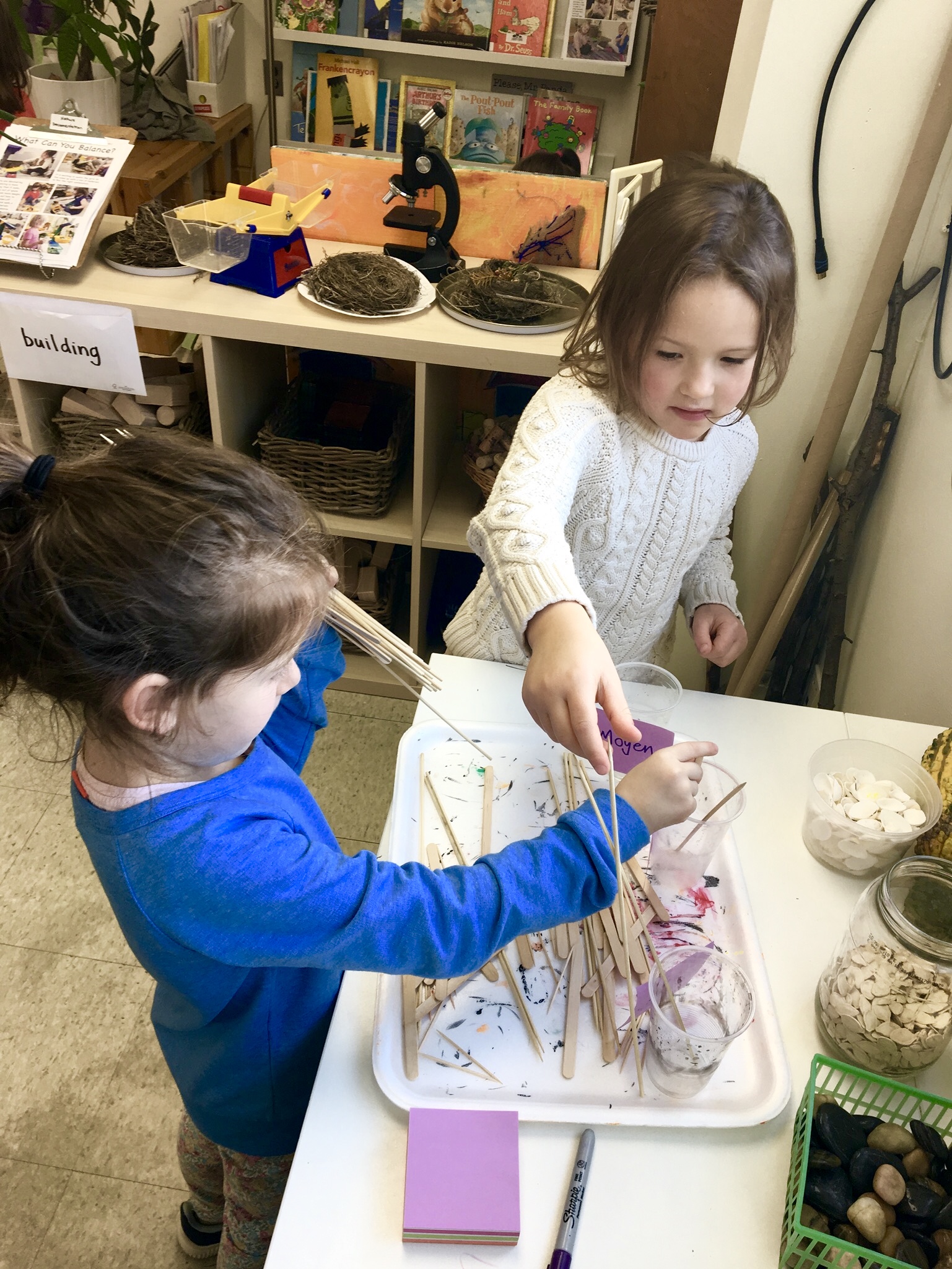 K and K sort materials by size to practice the terms "grand", "moyen", and "petit" during French class.