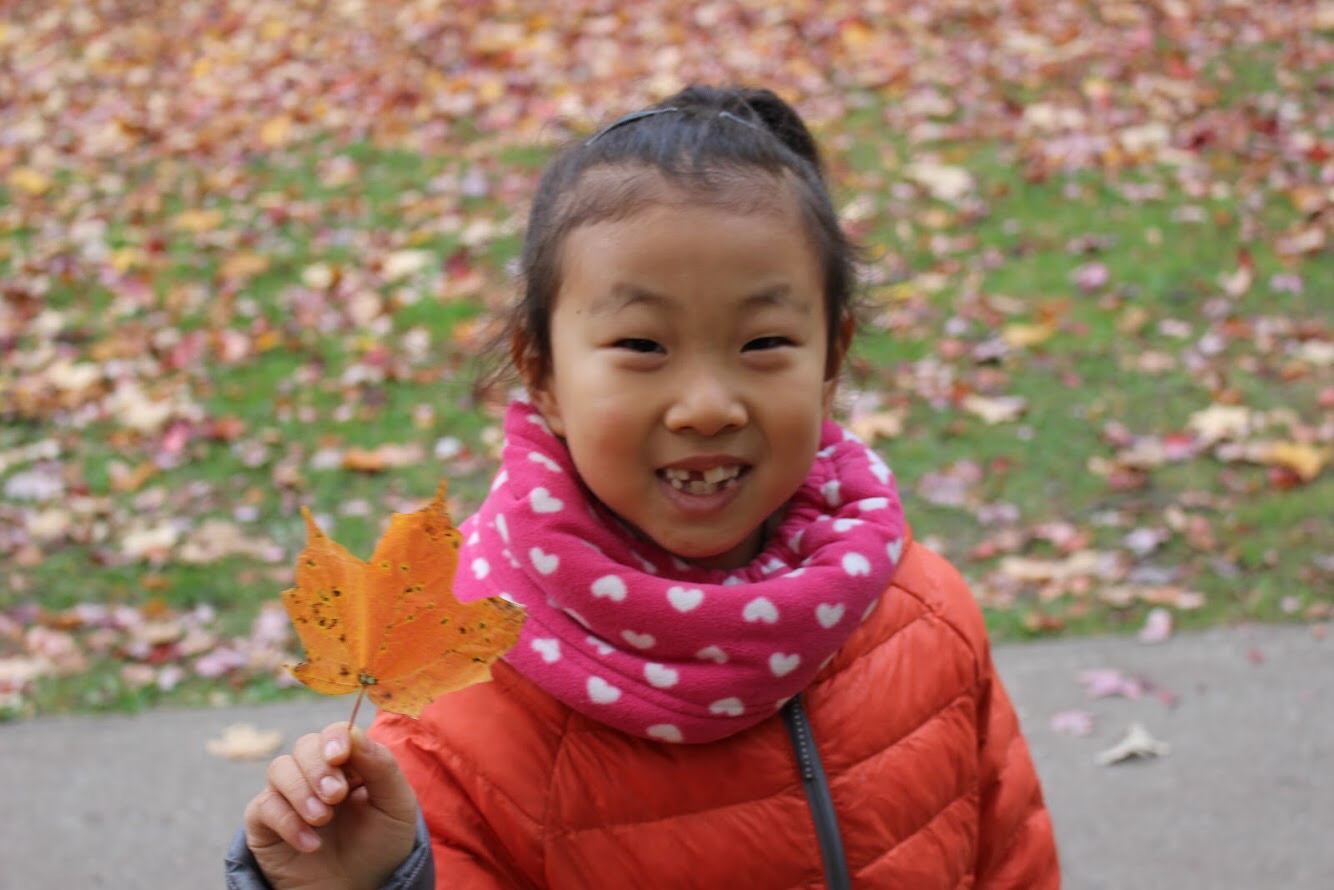 This week, we continued our work on addition and subtraction strategies. Building off a base of 10, students used different strategies to determine sums, differences, and what had been added or subtracted. We also had a grade two student start to learn about carrying in addition! Together with the Early Learners, we read Rosie Revere, Engineer and discussed how engineering often involves "perfect failures" and a willingness to learn from our mistakes. Students then carried that learning into their work in CERES class where they constructed structures with wide bases to withstand a hurricane simulator (otherwise known as a fan). To follow up on a special visit last week, we visited the Grade 11 Biology class to observe bacteria growth on agar plates. The Grade 1-2s were very excited to see whose mouth bacteria was the most resistant to antibiotics. The STEM challenges continued in science class as the students built apple carriers for hands-free apple transportation and then tested them in a relay race around the classroom. Grade 1-2 students also honed their presentation skills as they prepared and delivered an announcement about an upcoming community service day at a local shelter. They are looking forward to making their announcement in front of the whole school at Greetings next week! Thursday was a very exciting day because we finally extracted honey from our rooftop hive. The girls proudly helped scrape wax from the frames so they could spin the honey out in a centrifuge and then filter and jar it. Many Linden students are looking forward to hearing how they can get their own jar of Linden rooftop honey next week! Finally, we wrapped up the week in the park using fall leaves to create different characters and creatures, after being inspired by a book called Leaf Man. We are looking forward to sharing our costumes and celebrating Halloween next week! Stay tuned for spooky shots. 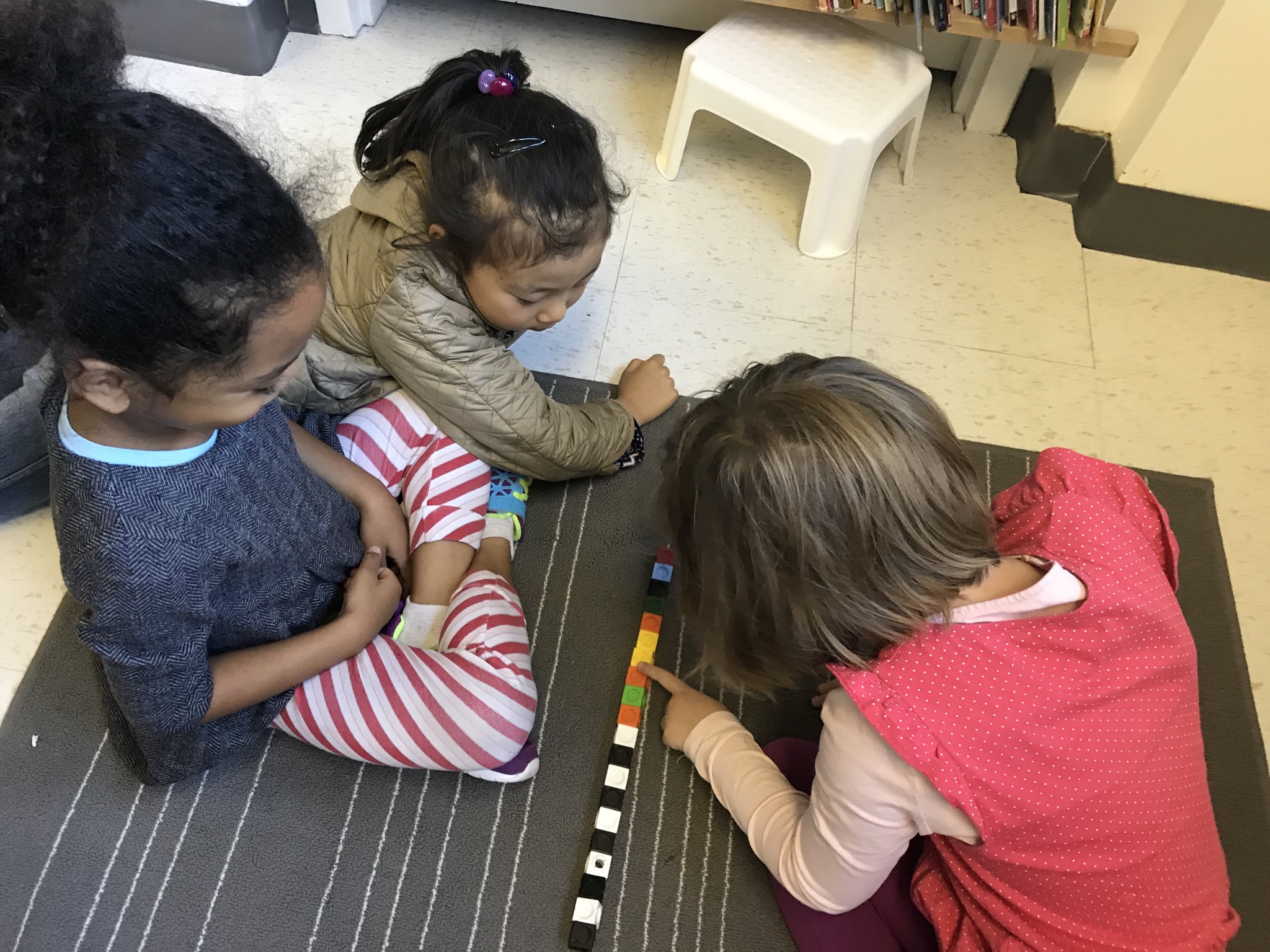 M: “We were doing a magic wand in math by doing pluses and we were closing our eyes so we won’t look what someone is adding on to the tens. Then we raised up our hands to guess how many the person added and how many is total. We all got a turn by going in circles.” 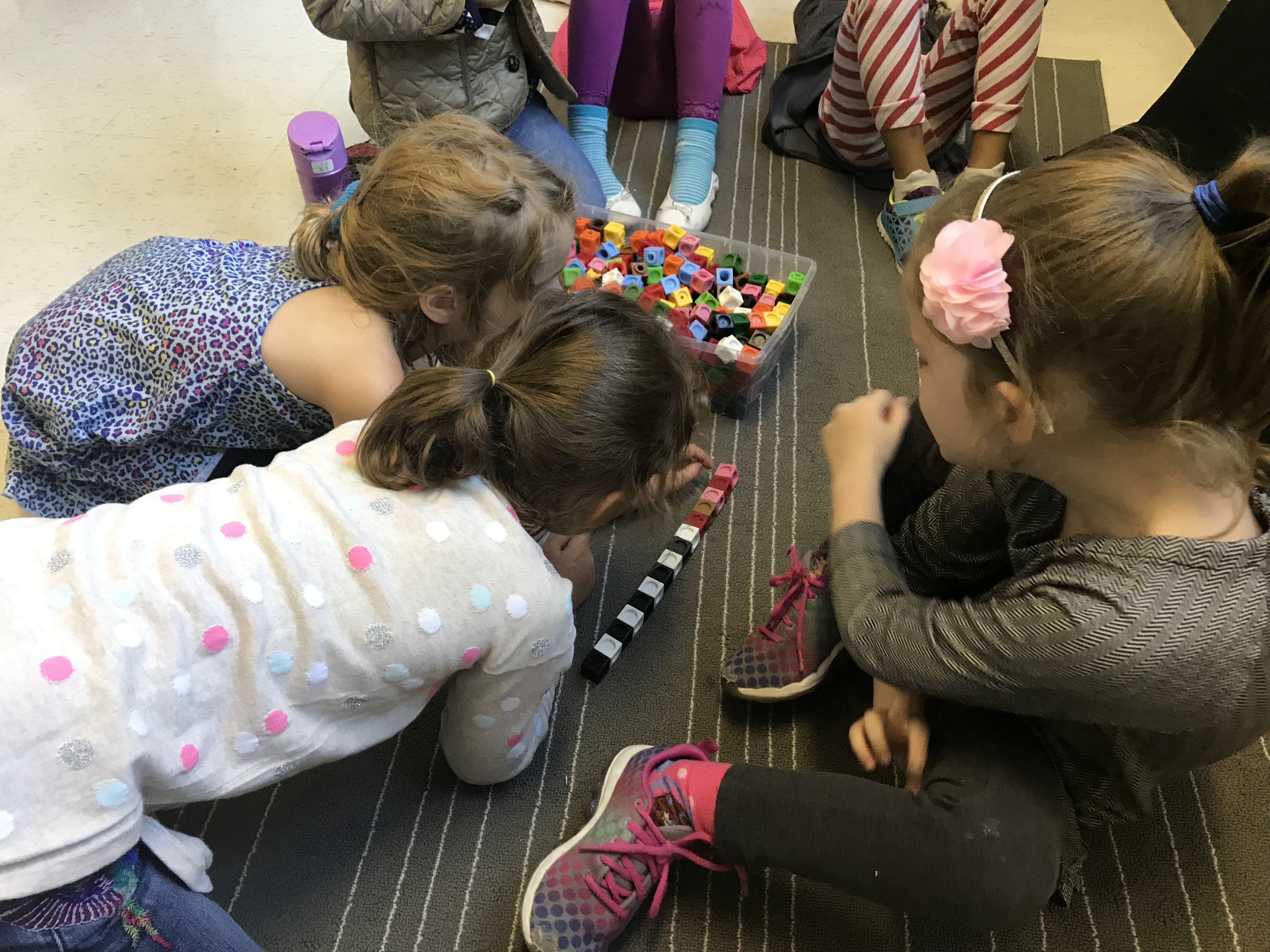 K: “We did something magical and G did something silly because she opened her eyes and she laughed so hard. The black and white was 10 to start and the other colours showed 5 or how many they added. Ten and five together make 15.” 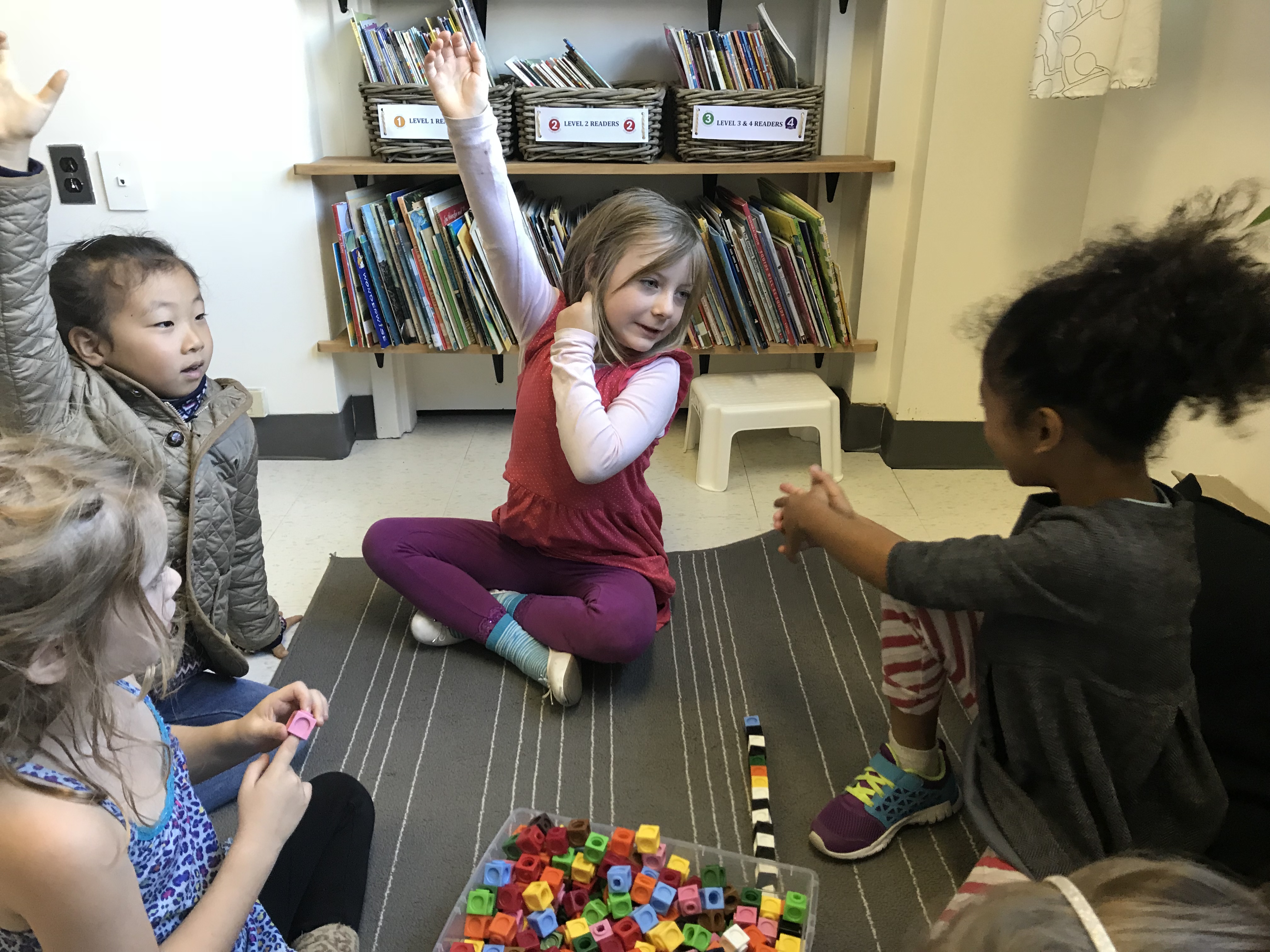 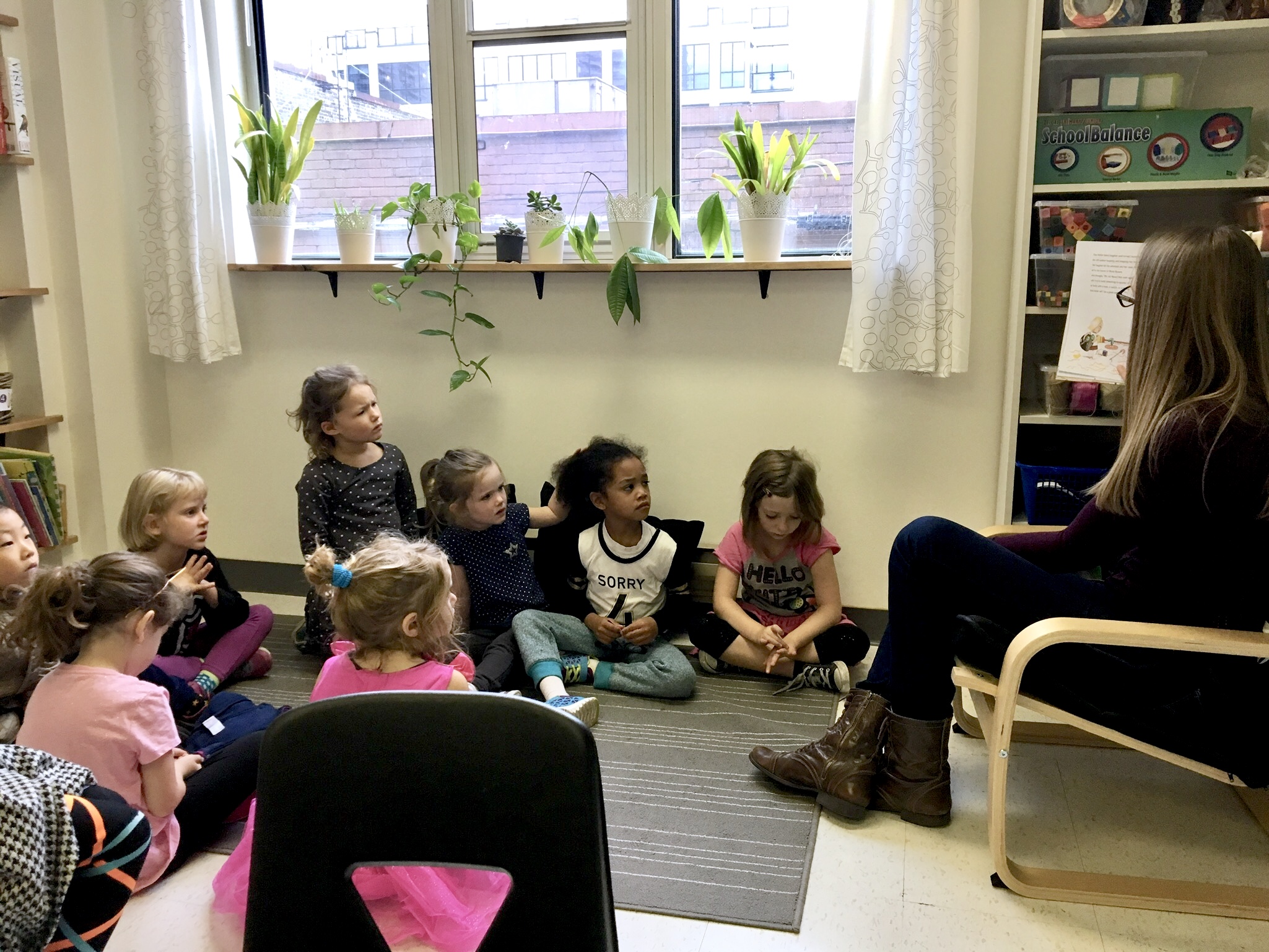 M: “We were reading Rosie Revere, Engineer with the Early Learners. Rosie learned that if people laugh at her, it’s just for a good reason. She learned that making mistakes are really good because then you can learn that you don’t do that next time and you make it fantastic.” 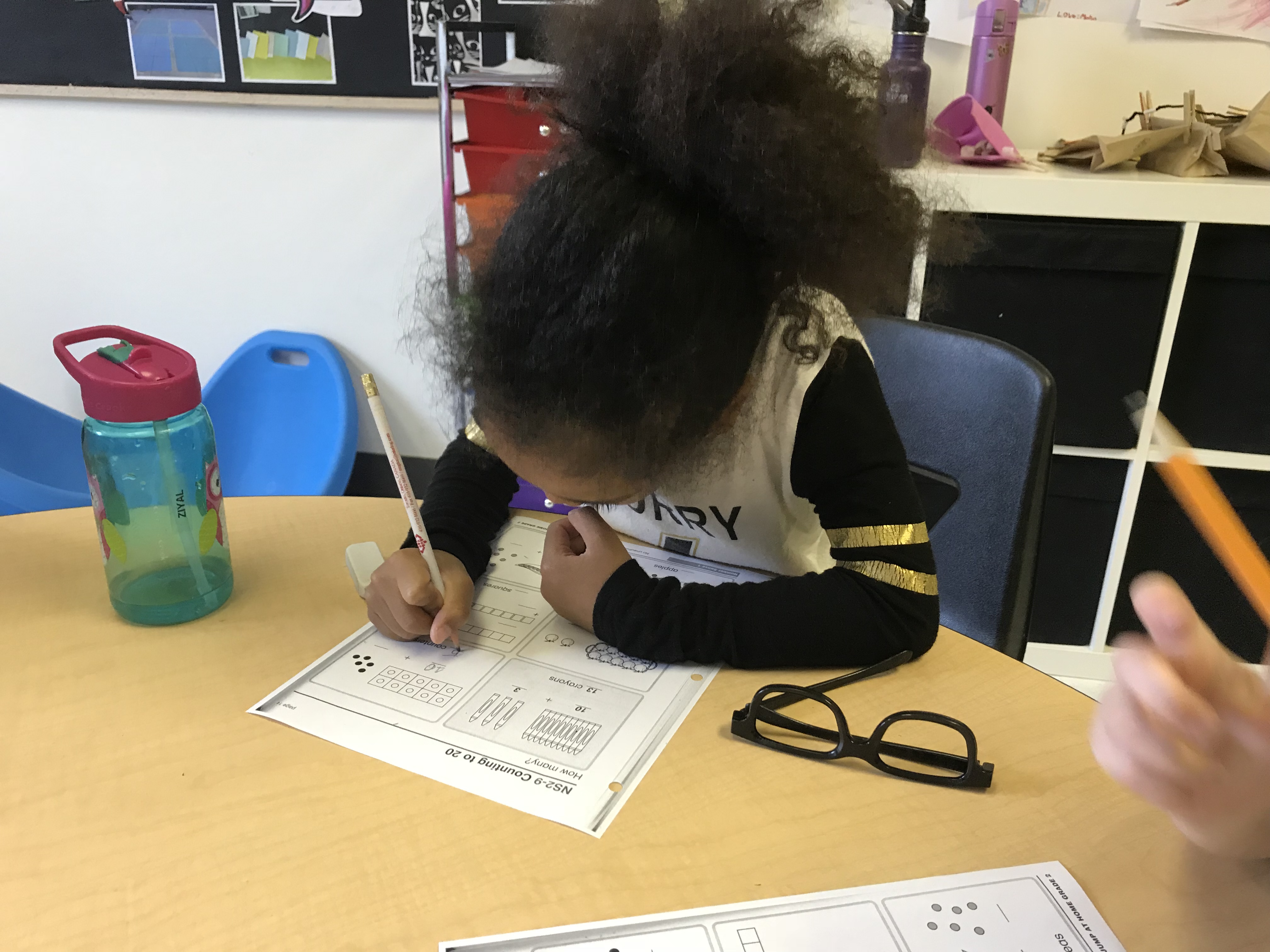 Z: “Math is my favourite!” (During class, while learning a trick to add whole numbers to 10) 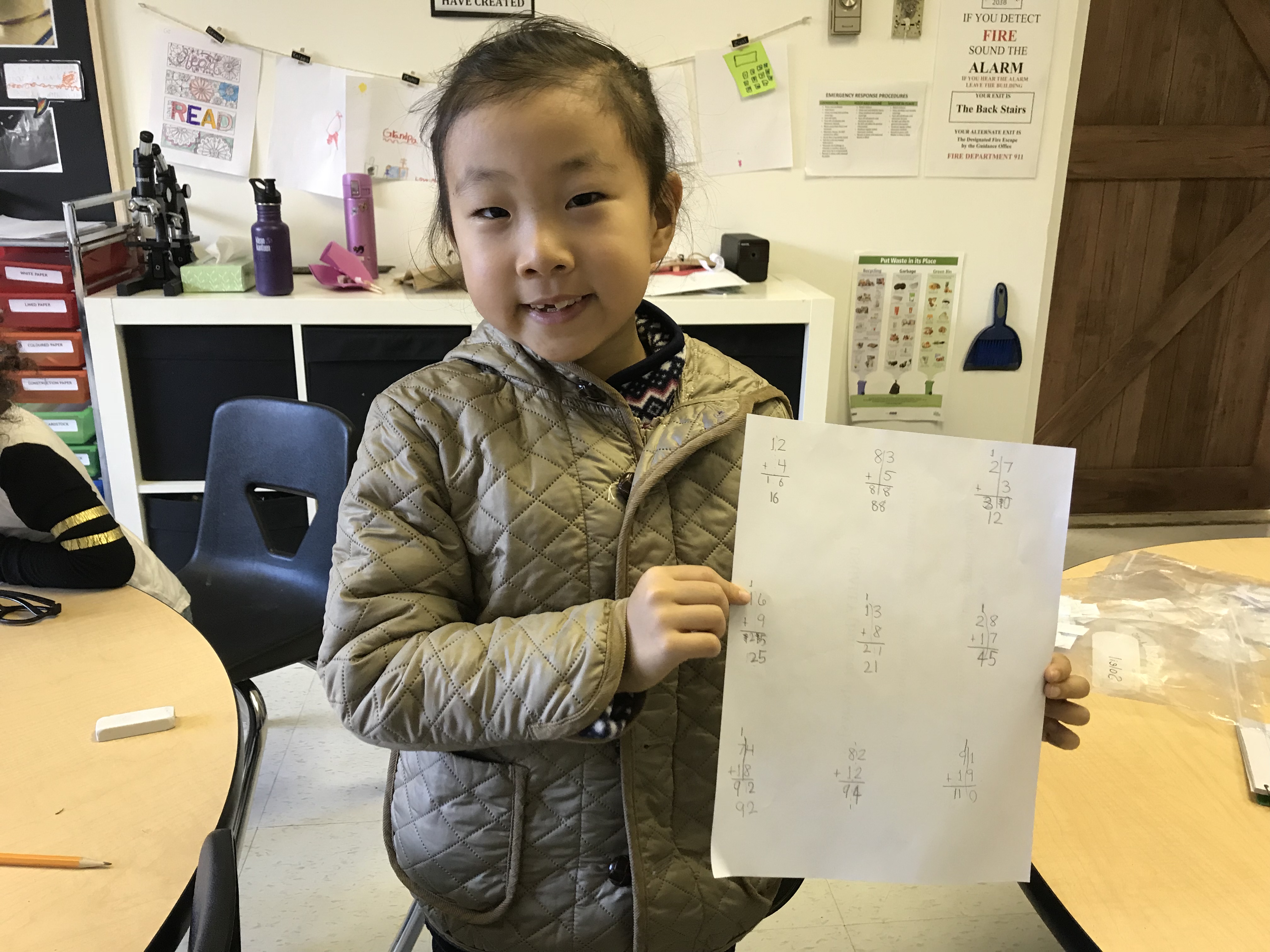 M: “I was doing adding with carrying by different math and the numbers start up and then the answers go at the bottom. You know you have to carry when there’s a number that has two digits you carry the one on the left to the top and then from there you do the adding and you can know the answers that are correct and not correct. It was very fun because I got to learn new math that also has a lot of numbers on both sides.” 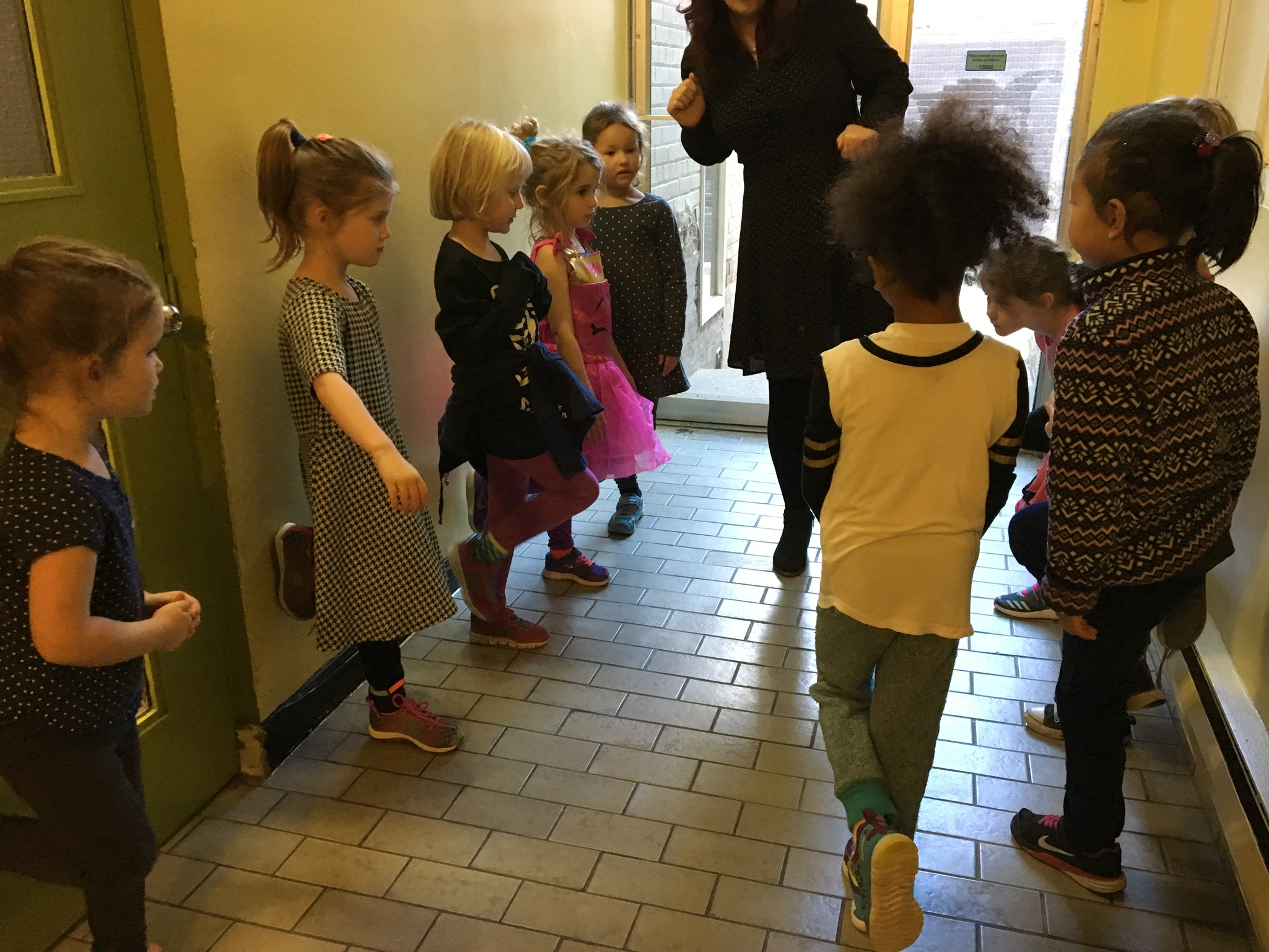 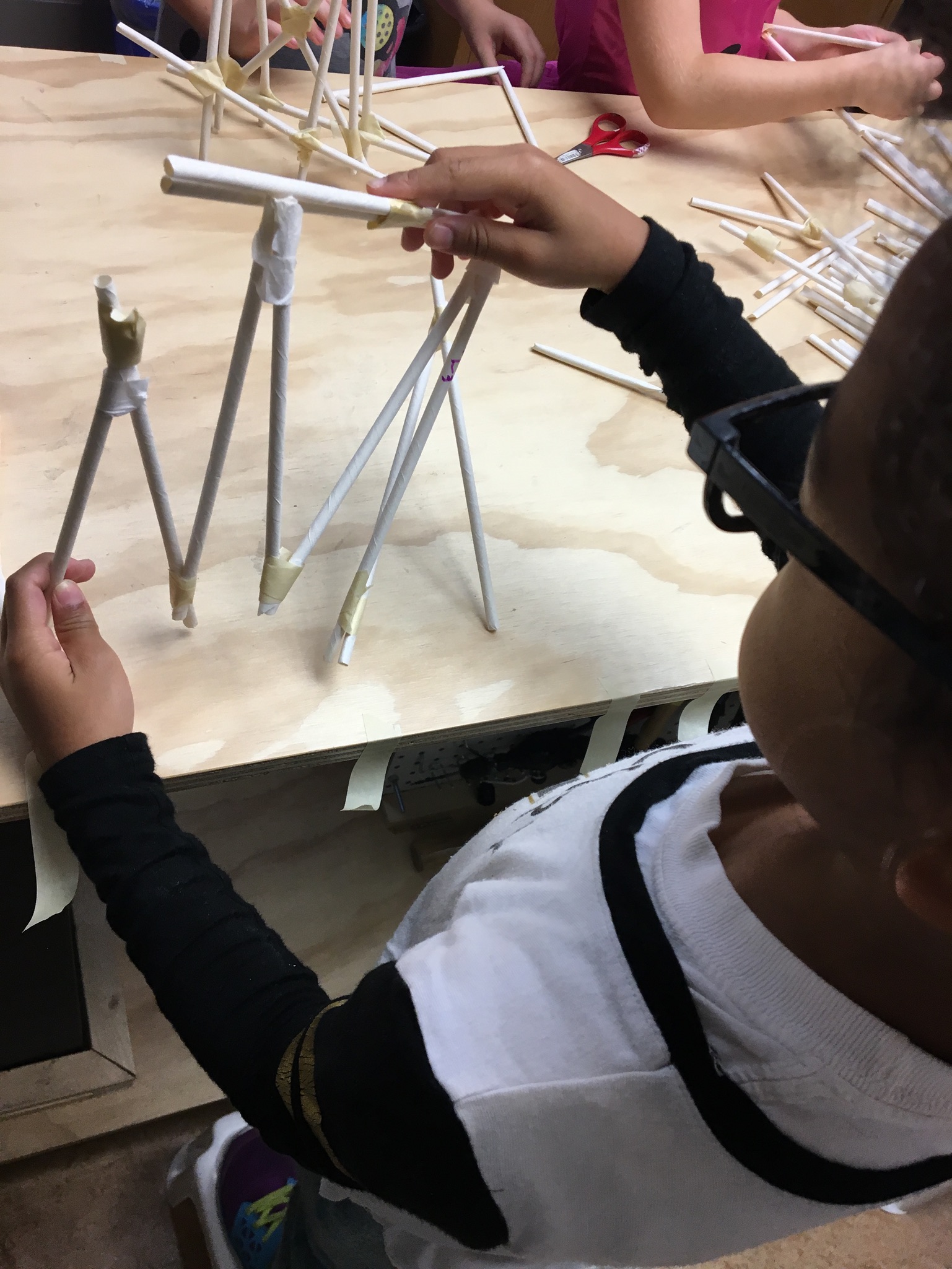 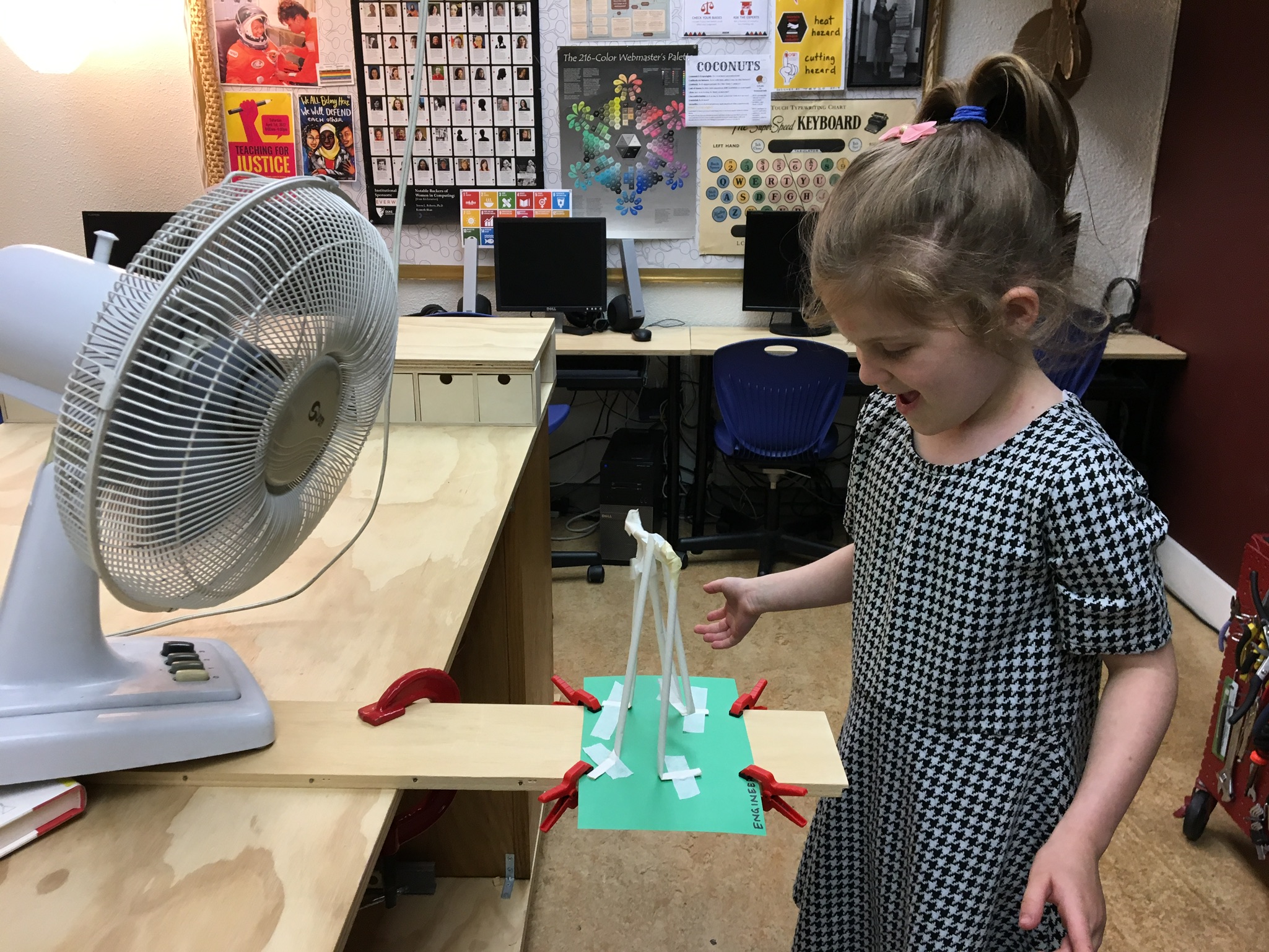 G: “I was testing my swing and it stayed up because I put a lot of layers to make it really secure and really stable. I felt very excited.” 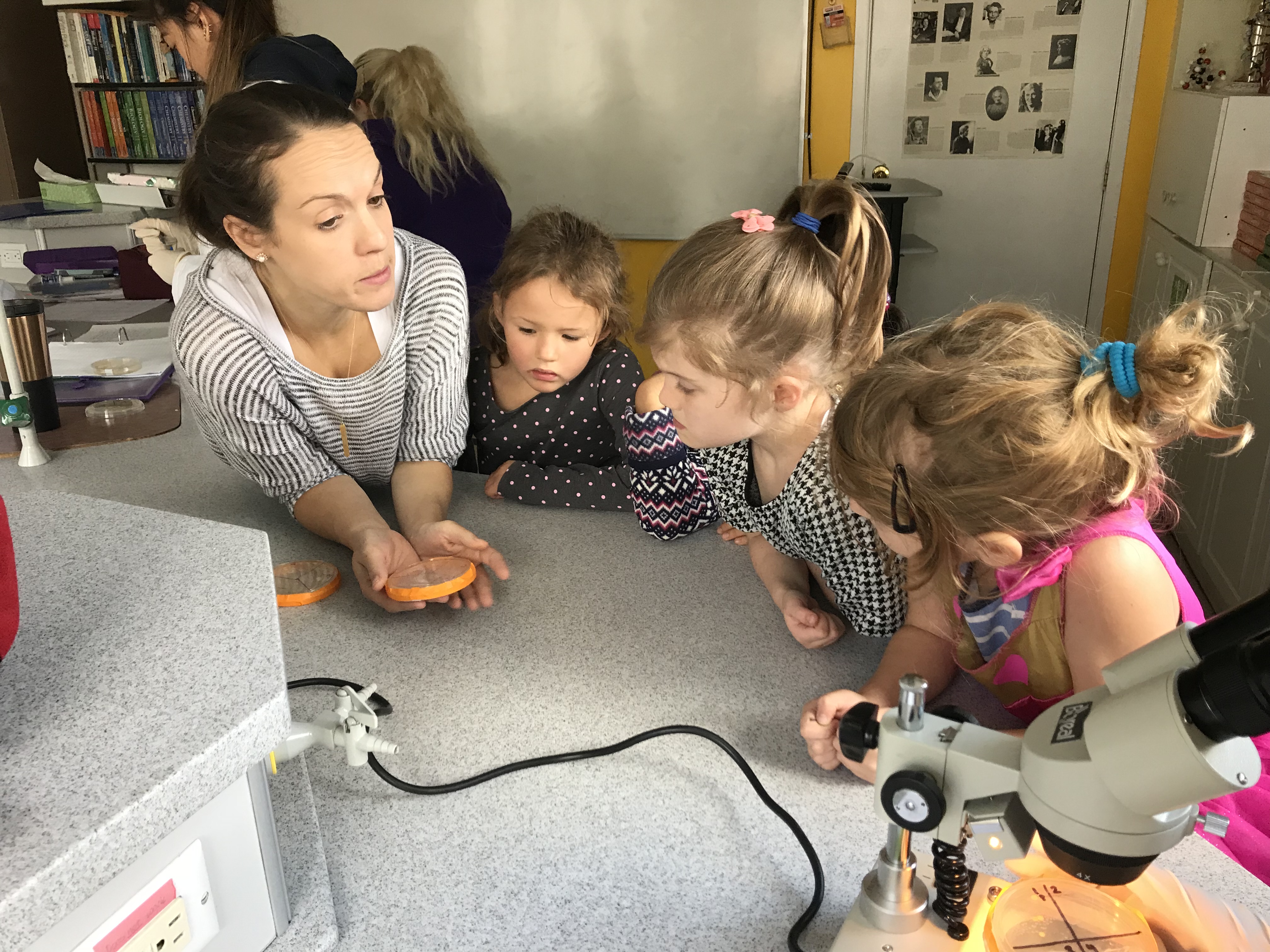 M: “We were seeing if Z’s bacteria was winning against the antibiotics that R in grade 11 put in the agar plate.” 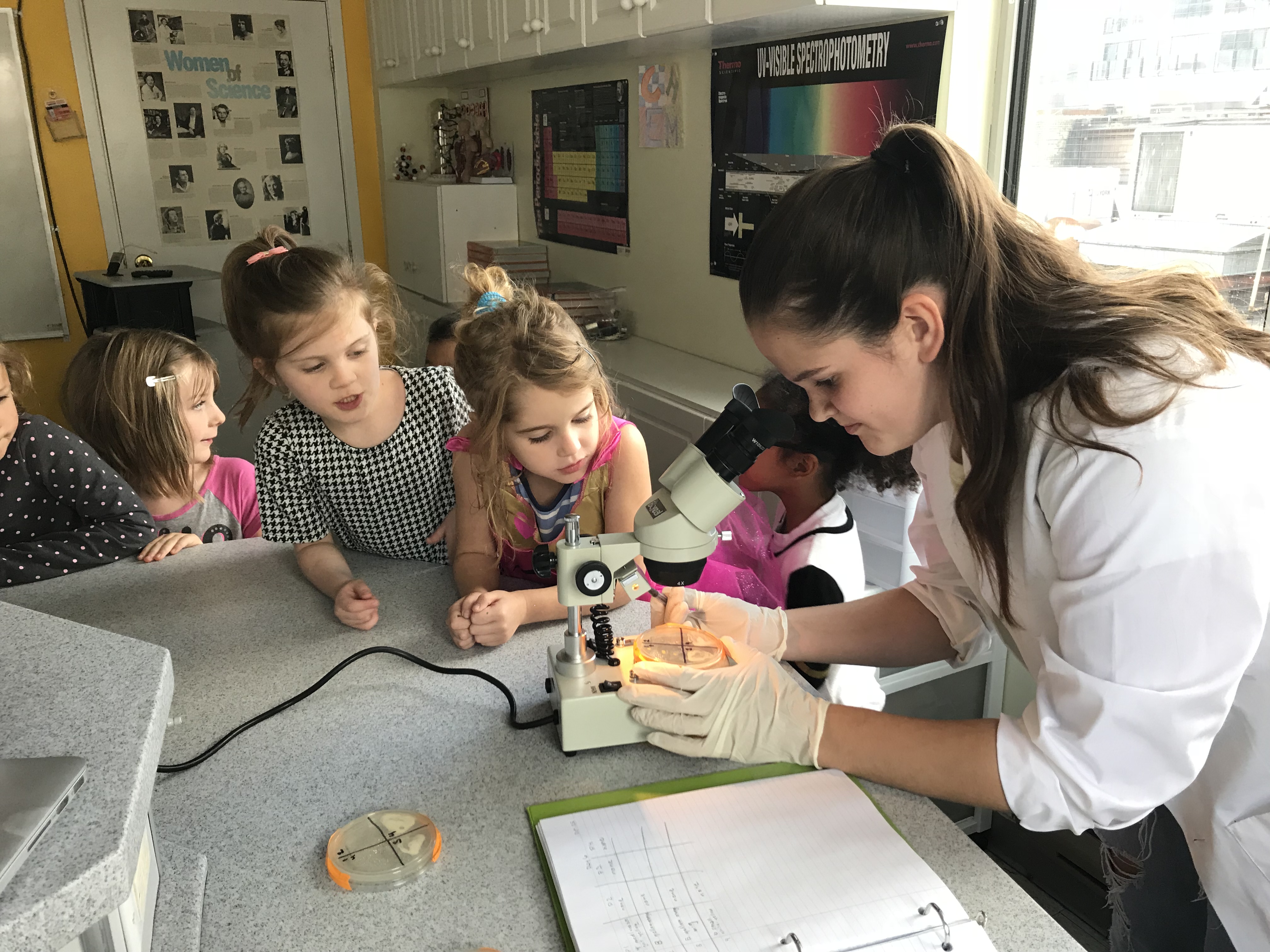 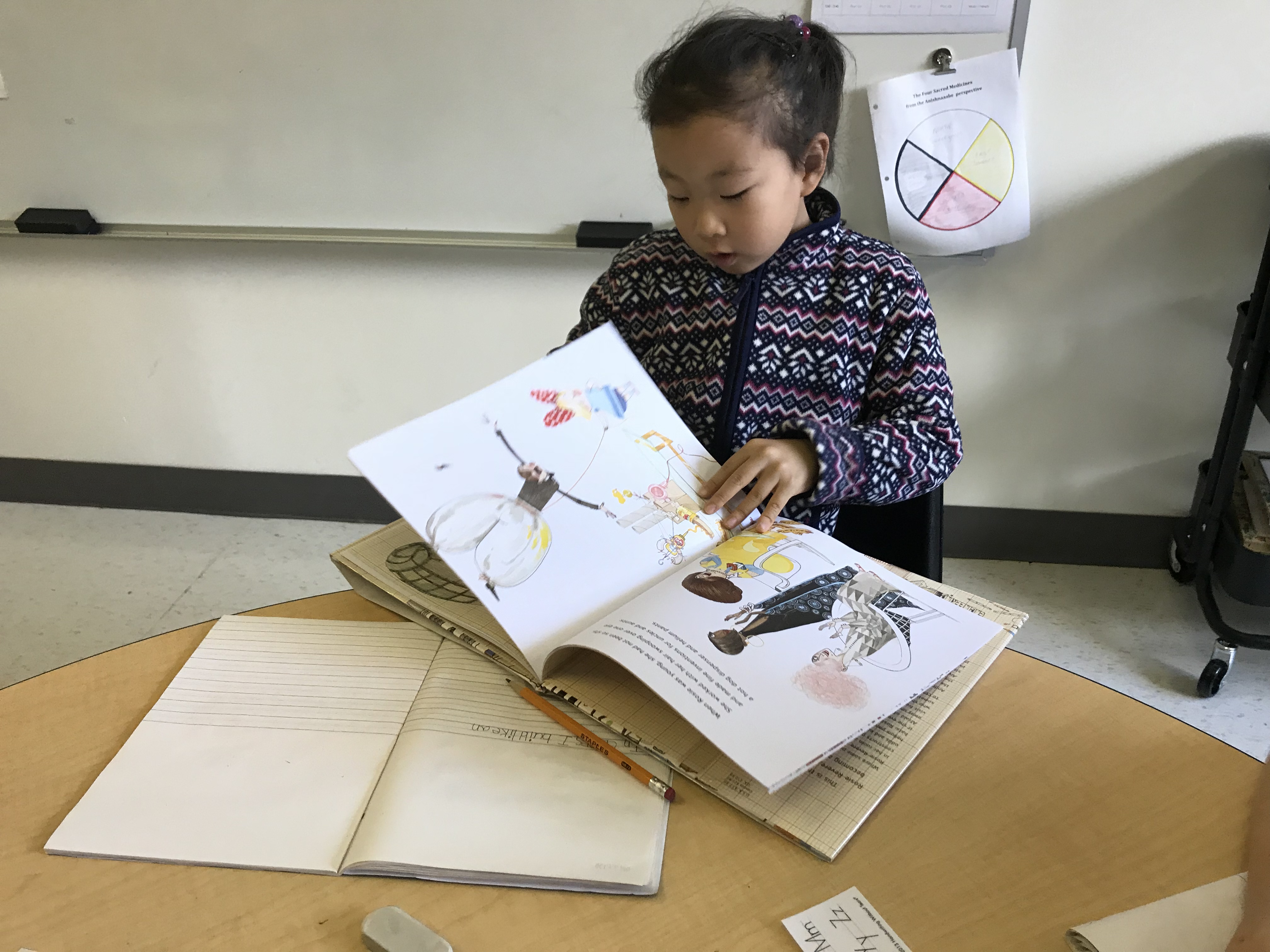 M: “In Writer’s Workshop, I was writing about engineers and I was looking for a word that was engineers and I found that it was in the front of the book that we read. It was very fun to find the word because there were a lot of sentences about being an engineer in the book.” 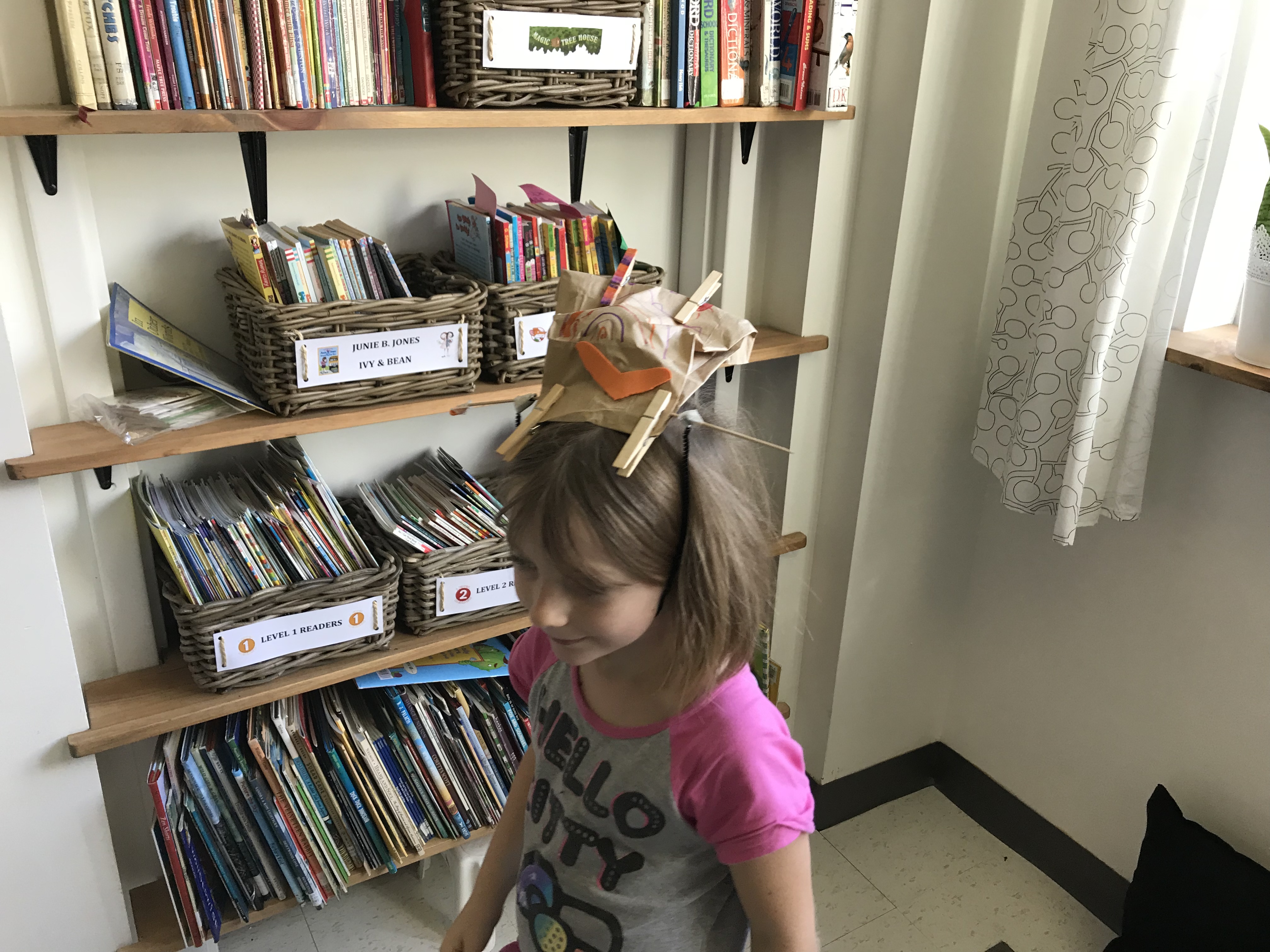 M: “S had an apple carrier that went around her neck kind of and you clipped the ends of it for the apple to go in. She did a great job.” 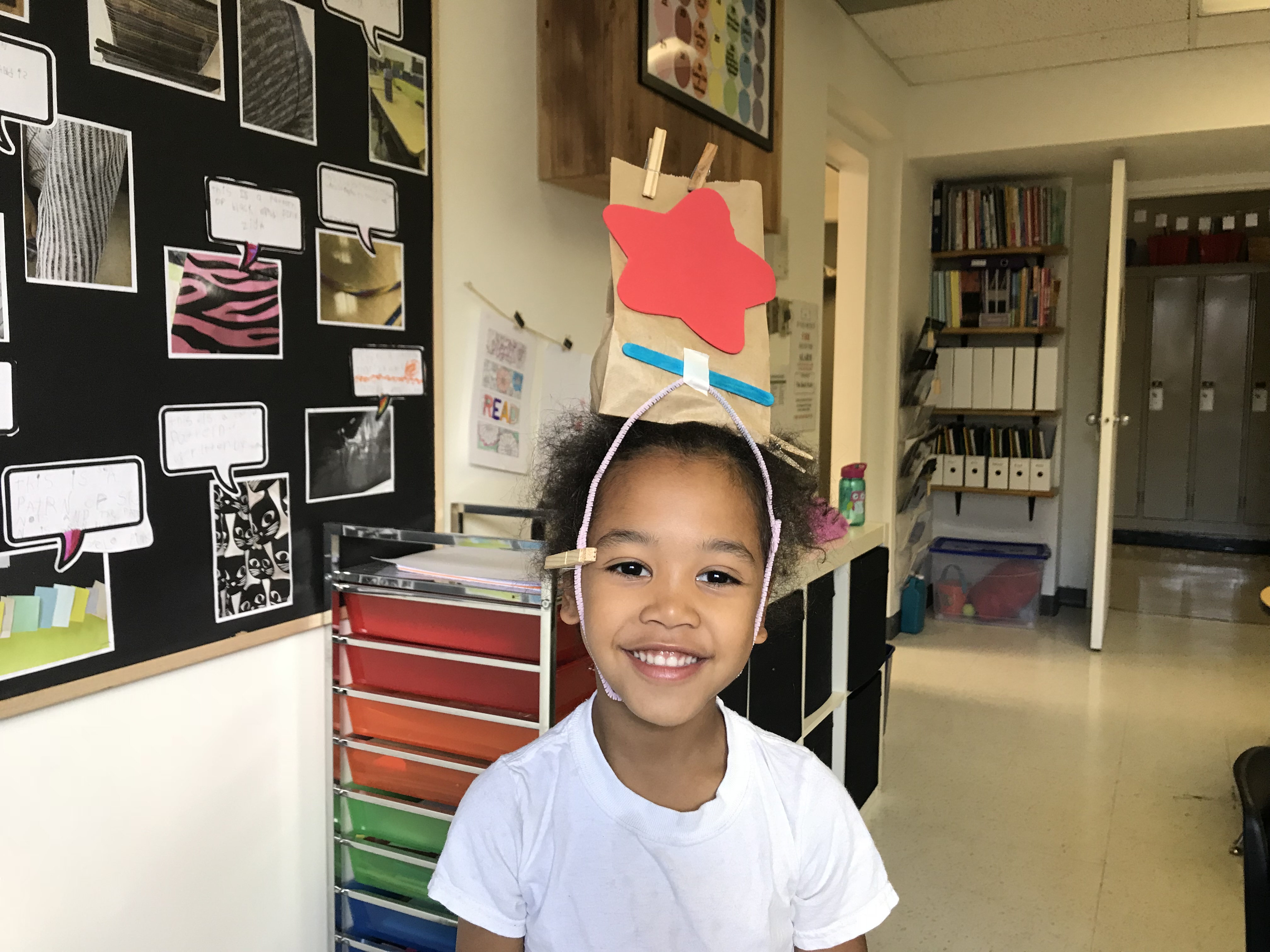 M: “Z made her apple carrier and before she did the relay, she clipped the pipe cleaners so they are ready to be in the bag. It was hard to build an apple carrier because you had to think about how you wear it and how you want it to be.” 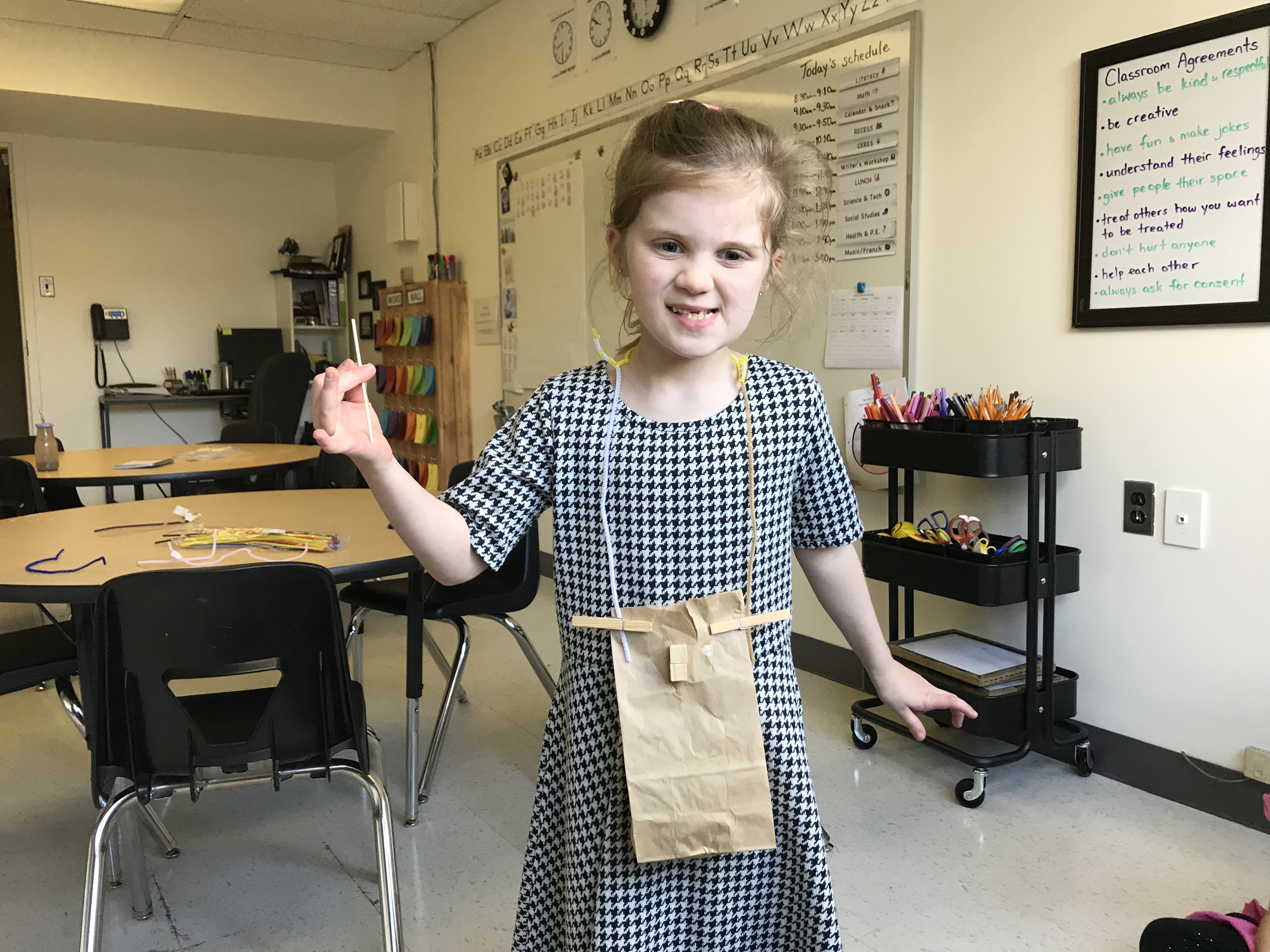 G: “I made an apple carrier necklace because it is hard holding it on your head. The last time when I was at my old school, the apple fell off and I lost the race. It fell off because an apple is heavy and it rolls.” 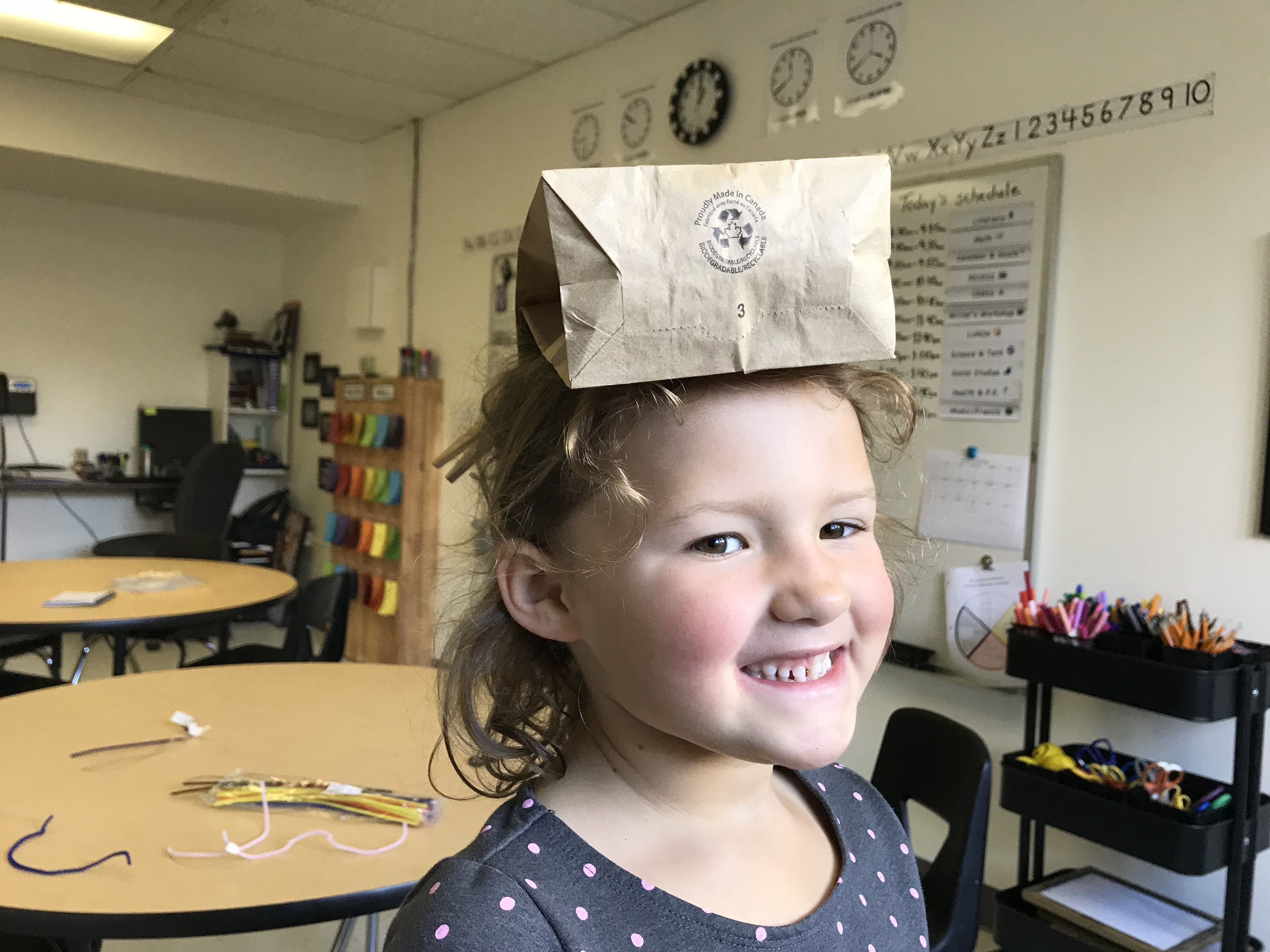 K: “My apple carrier was going to fall off my head and I laughed so hard. It didn’t fall off at the end of the race because it stayed very steady.” 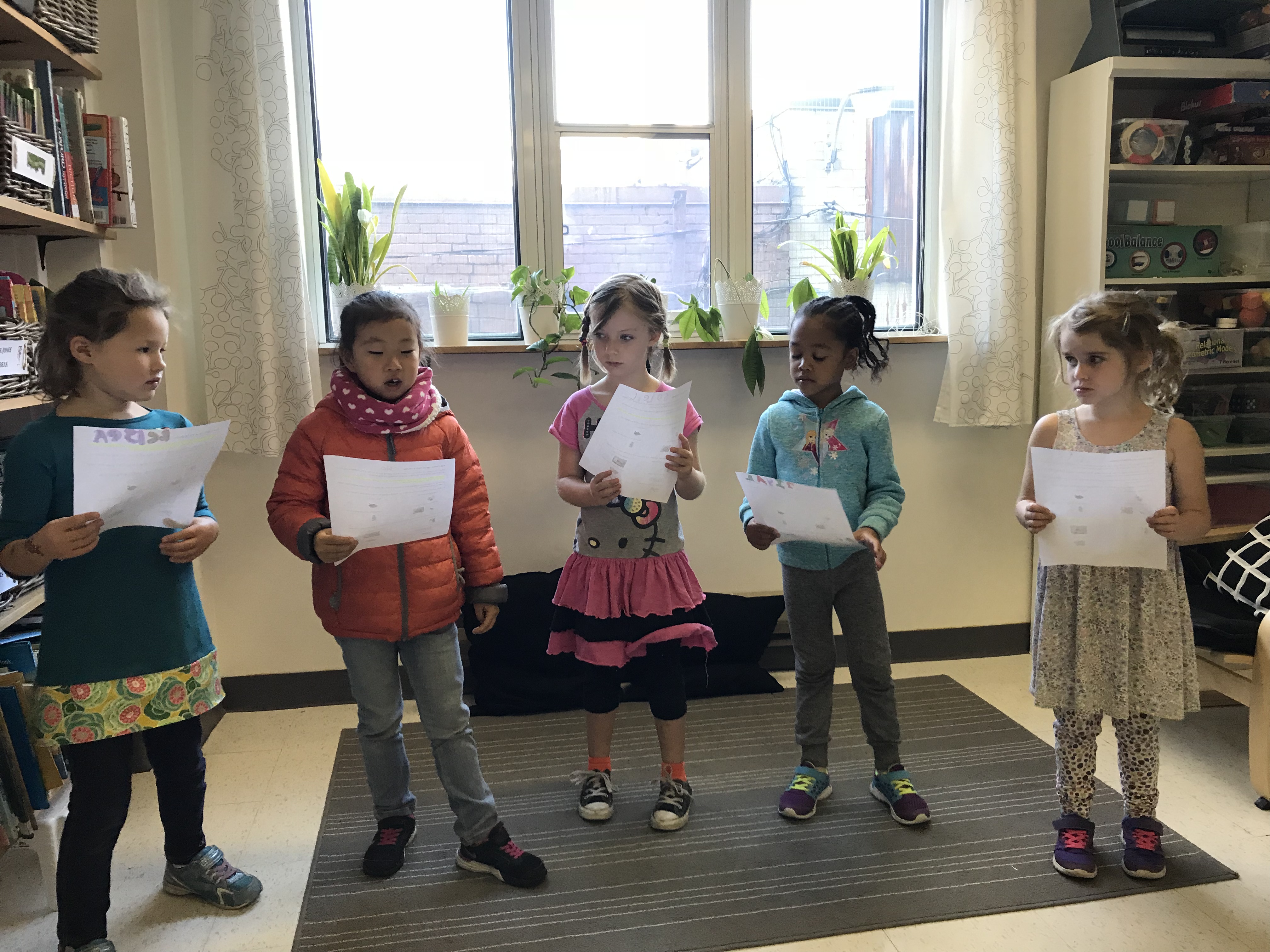 M: “We were practicing announcing our papers for the YWCA shelter because we are collecting fresh fruits and vegetables, shampoo and conditioner, soap and body wash, pads and tampons, toothbrushes and toothpaste to help the girls and women who live there. They live there because their homes are not safe for them or they’re not getting much things that they need.” 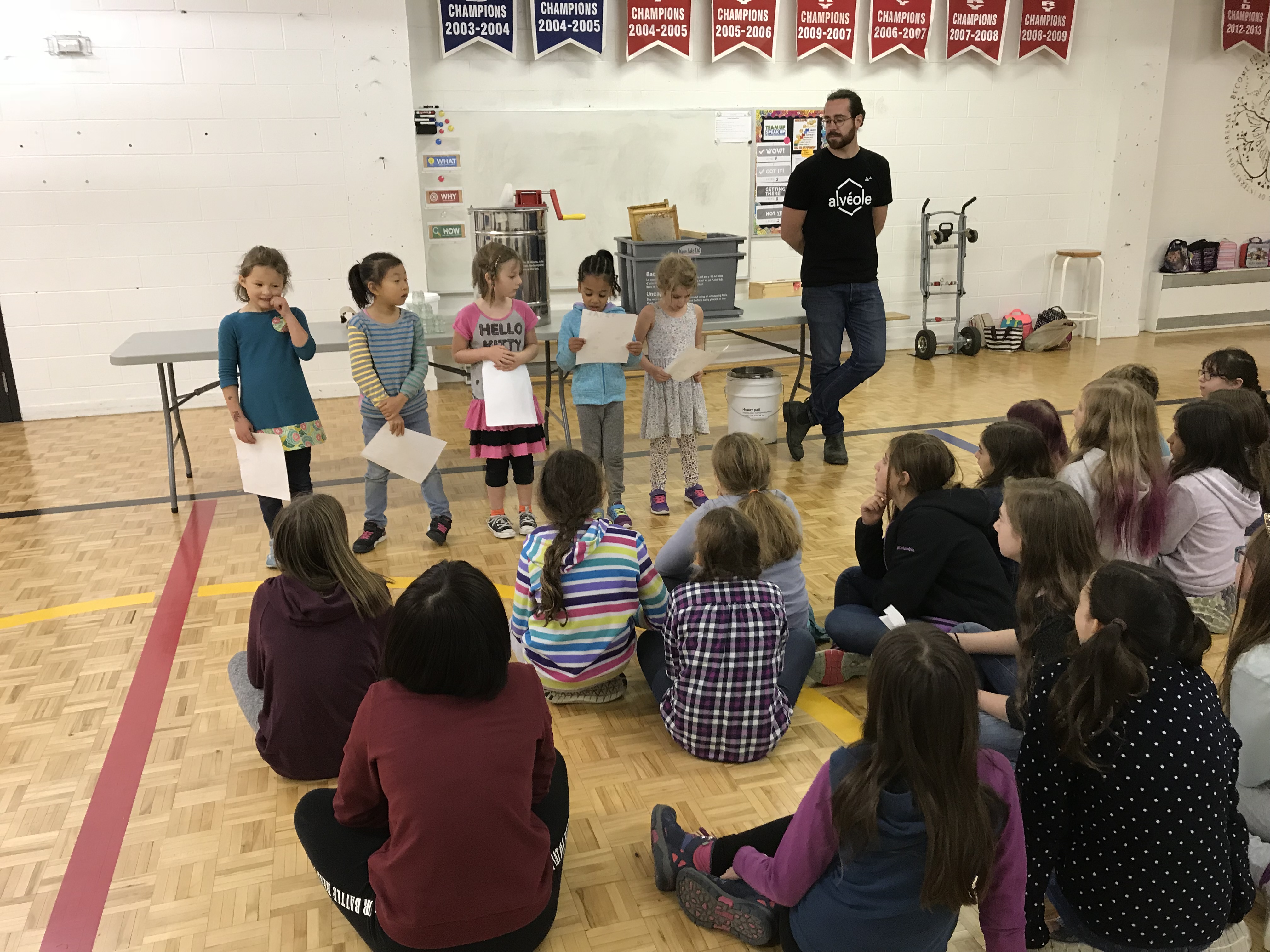 K: “We made our announcement on Thursday at the beginning of the All-School. It was nice to make the announcement in front of all those girls because they were very proud of us because our voices were very loud.” 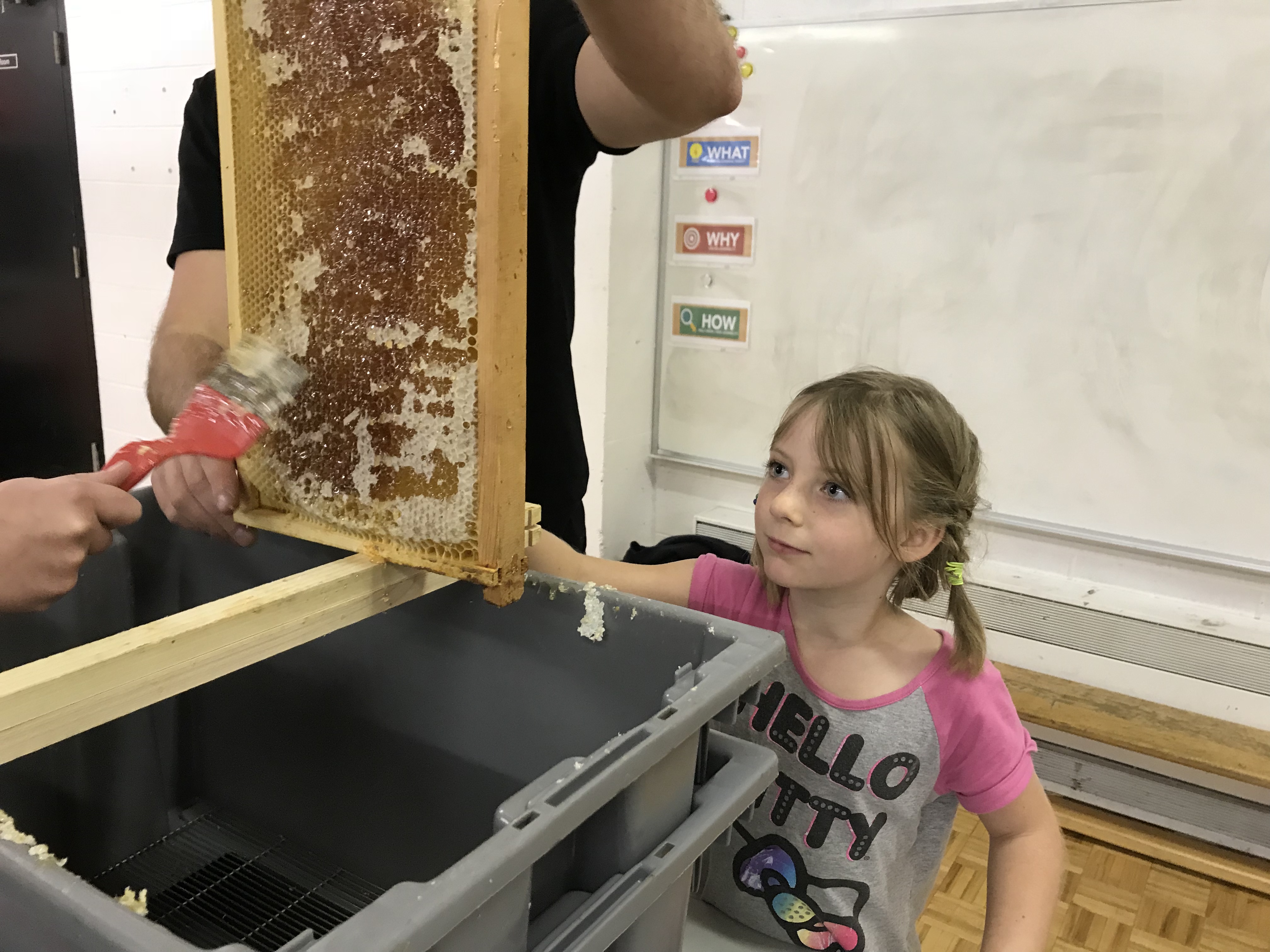 M: “In the honey extraction, S was taking the wax off with the big fork and they were full with honey. Some of them didn’t have any wax on them and it was a little bit fun.” 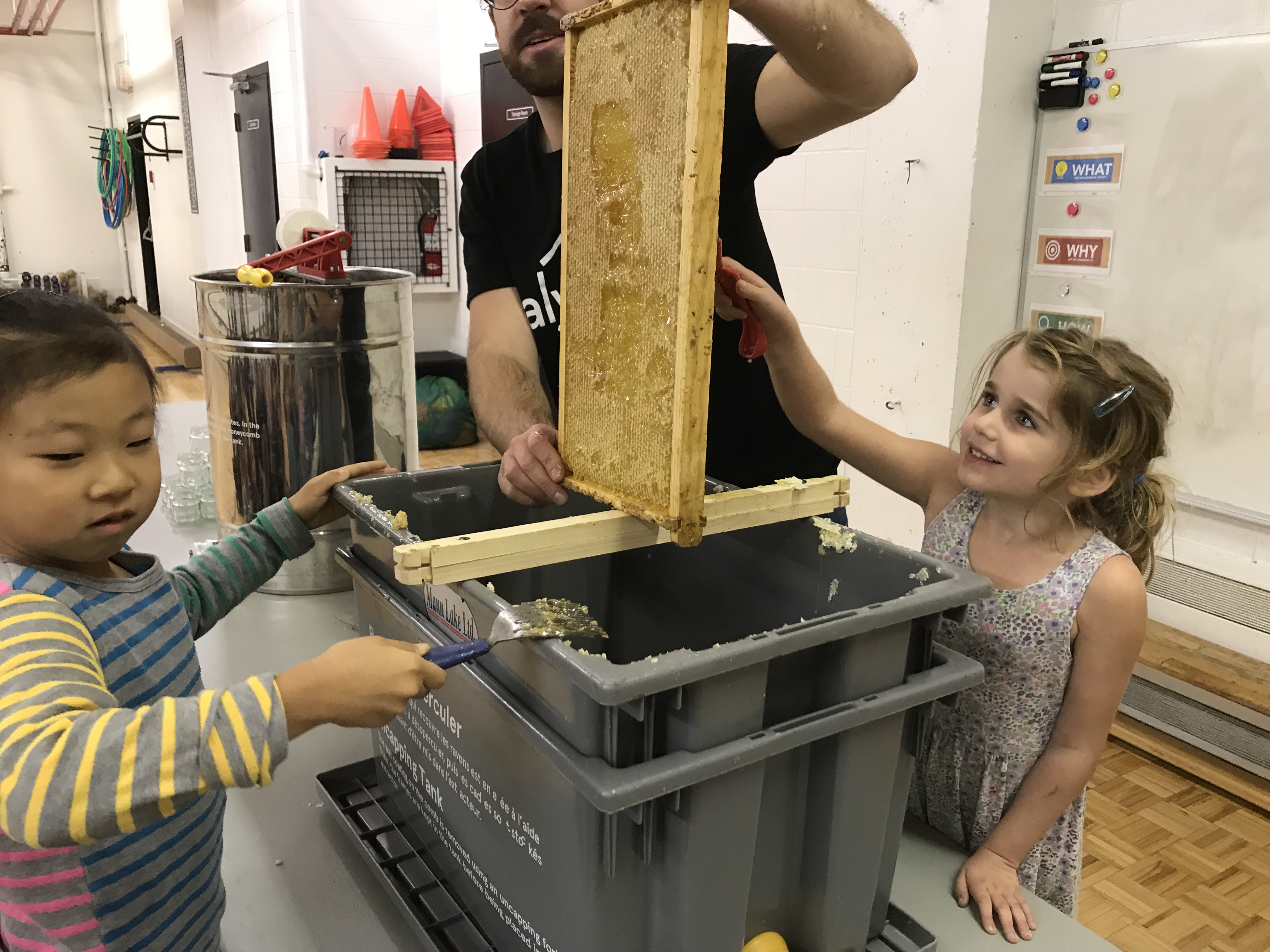 M: “M and I were scraping off the wax from the bee frames to get the honey inside. It was easy to take the wax off because all you have to do it just drag it around a little bit and then it was somebody else’s turn.” 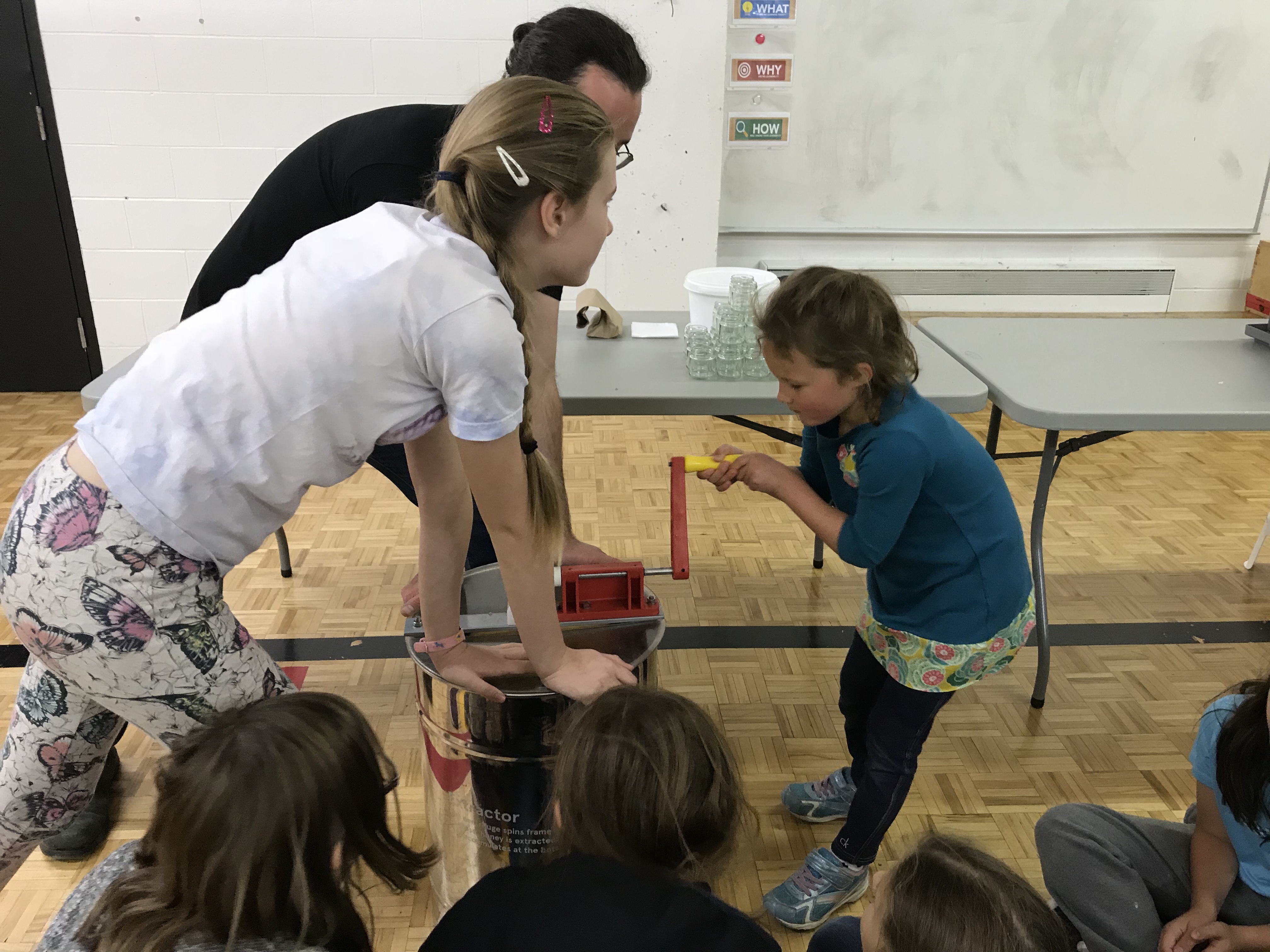 K: “I was spinning the centrifuge harder and harder trying to get the honey out of the frames and S held the cover of the lid so it could not pull off. It was hard work for her and it was hard for me to spin because I had to spin it so fast and I was getting tired.” 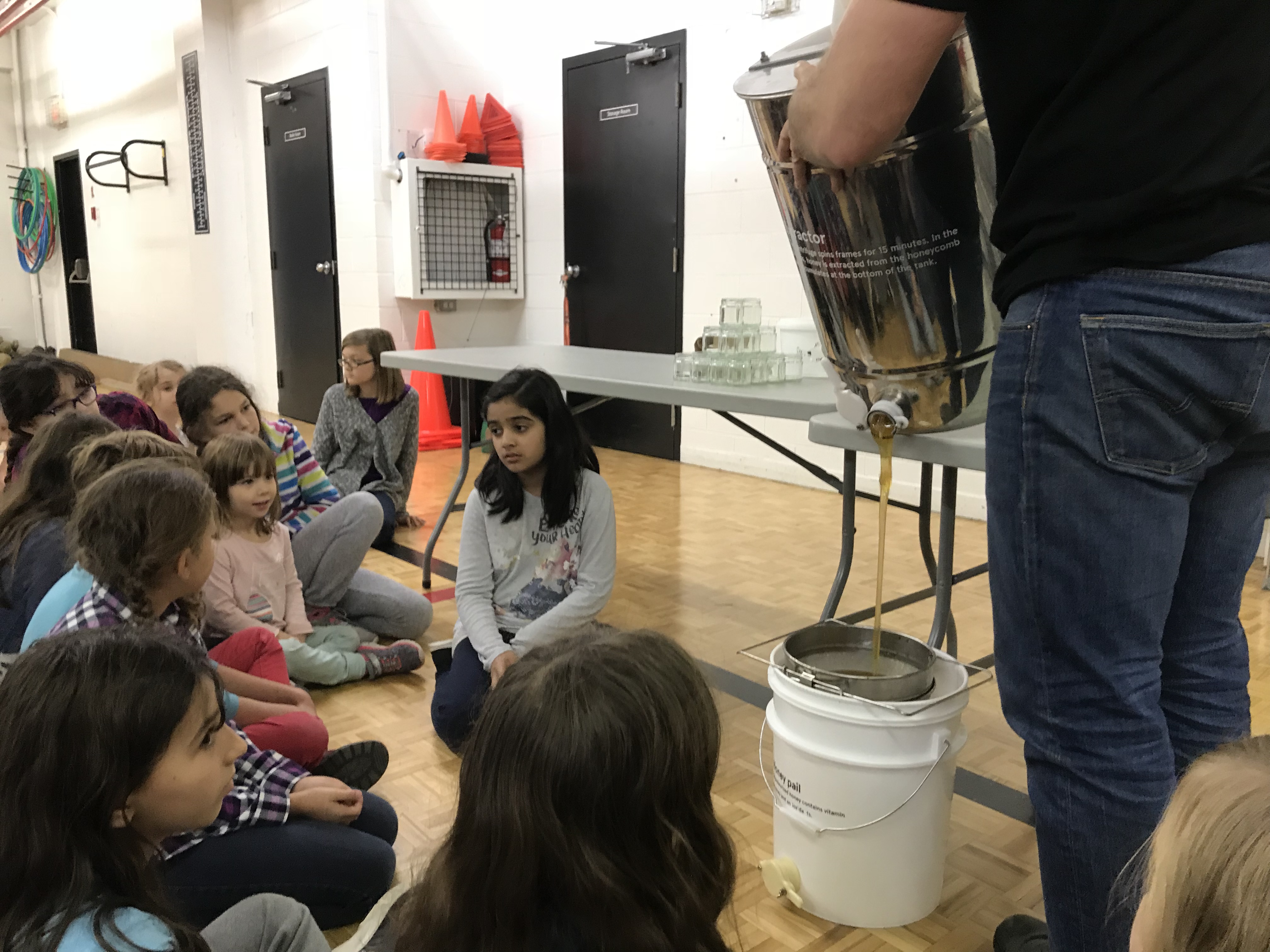 G: “When I was gone, I didn’t watch the honey job and I really wanted to taste it. I think the net at the bottom was helping to take all the chunky parts out of the honey.” 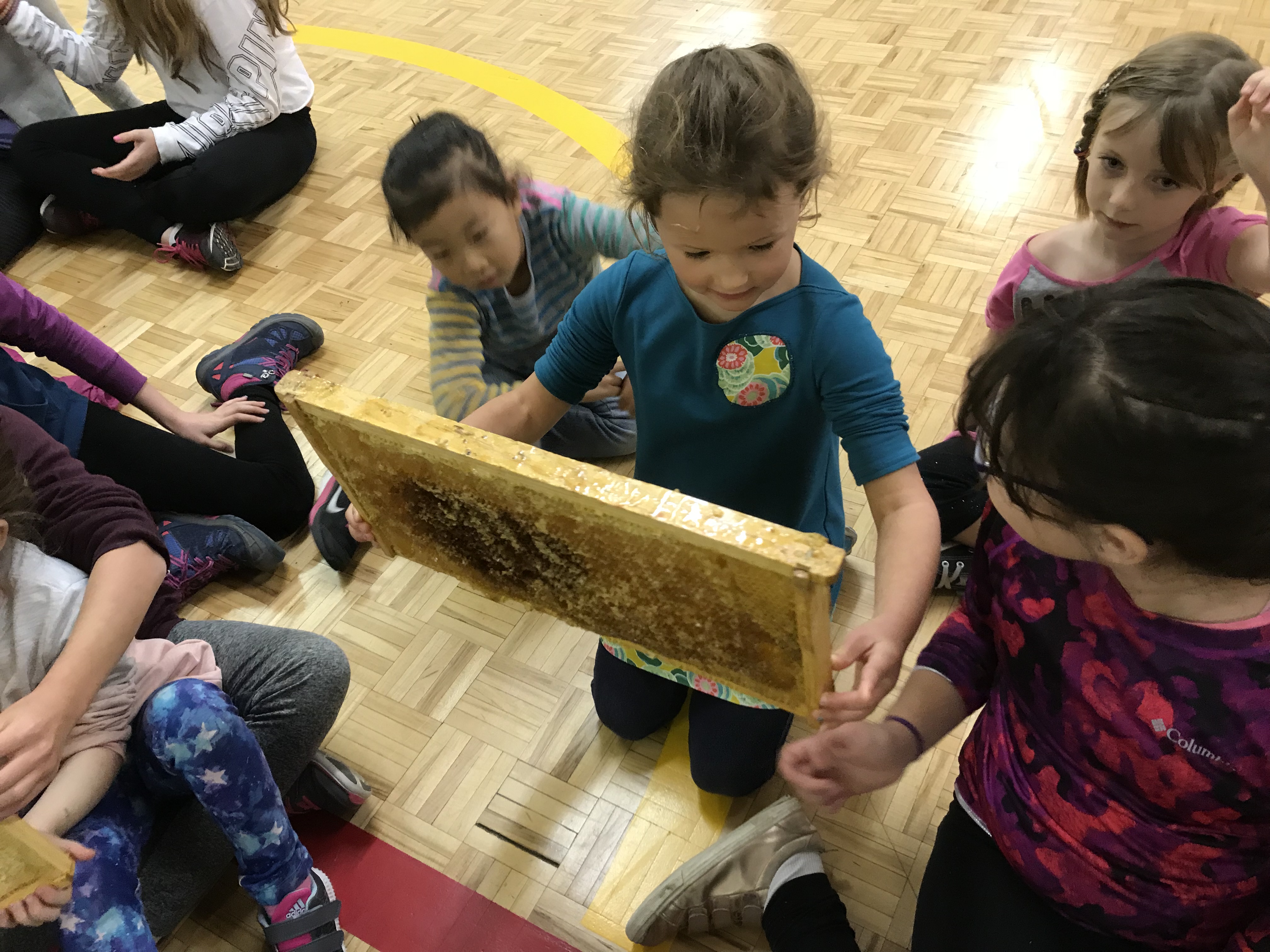 K: “The frame was very sticky that I had to lick my hands because they were all filled with honey and I had to pass it to Z and M. It was very heavy and I was about to drop it. It was very yummy.” 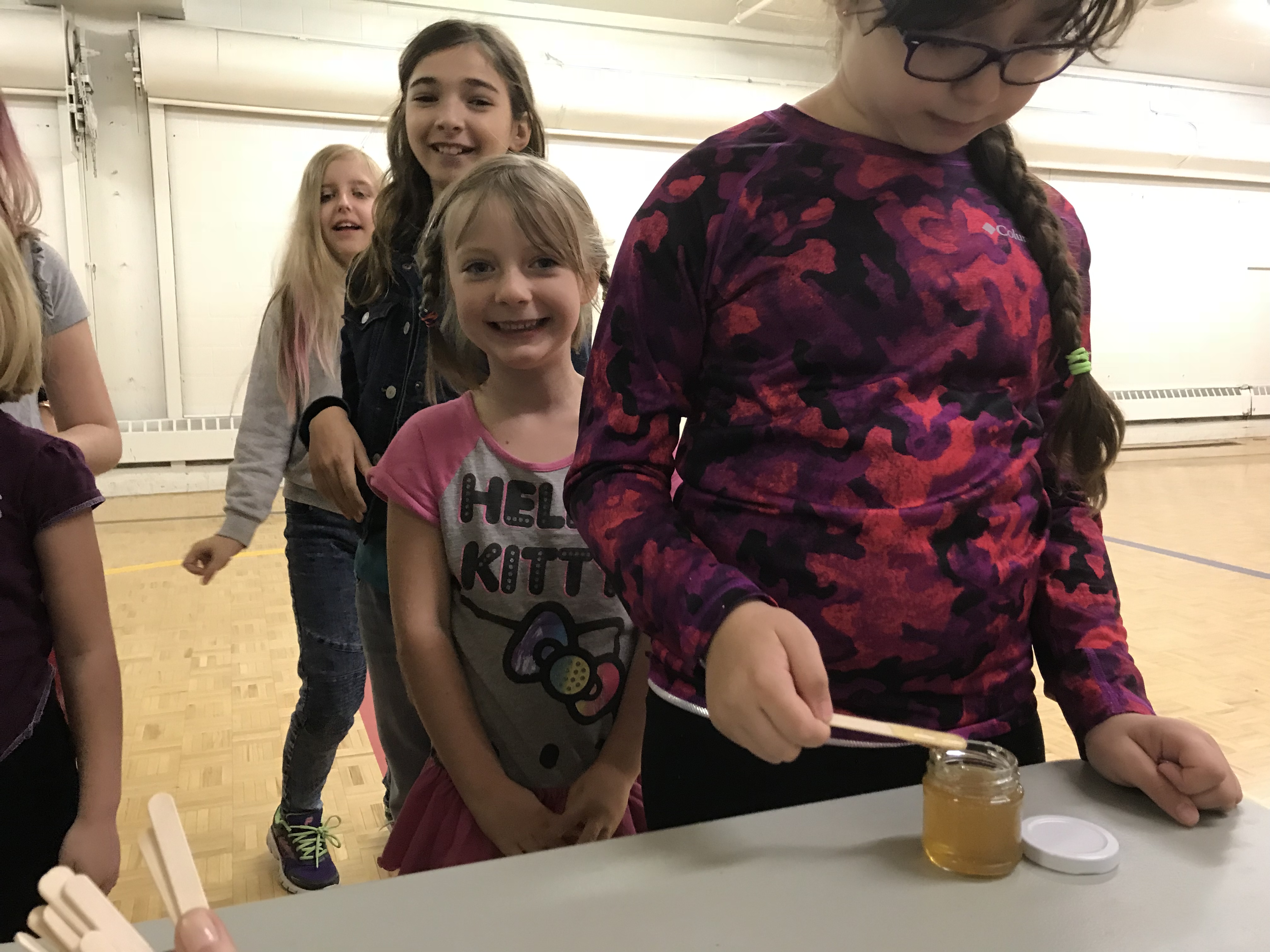 M: "S was lining up for the taste of the honey. She was the second person in line and she looked like she was very excited to taste the good honey from the jars that the bees made on our roof. The beekeeper handed out the sticks that really looked like a popsicle stick and you use it for when you want to taste something.” 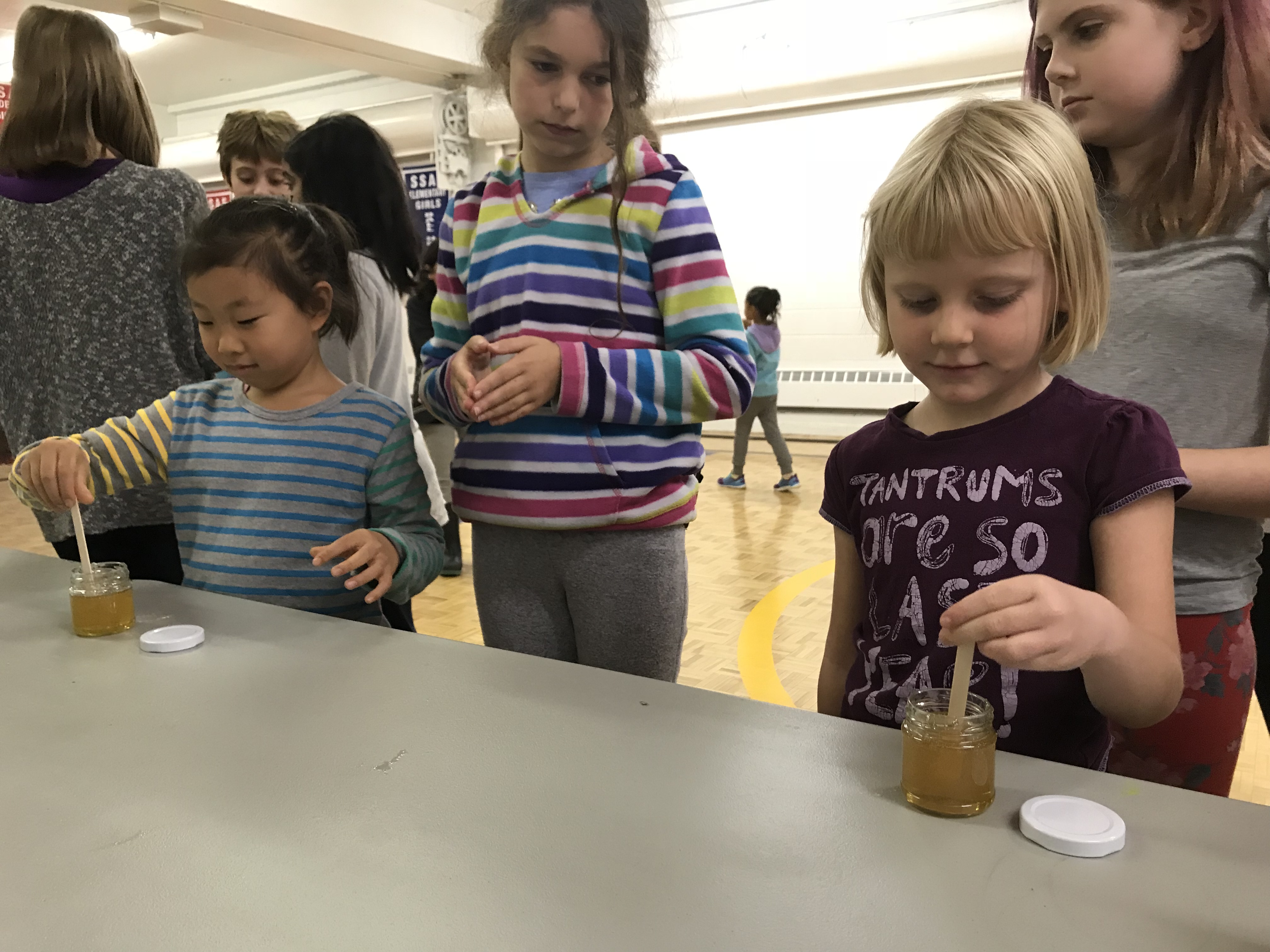 K: “G was dipping the popsicle stick in the honey and then she loved it so much.” 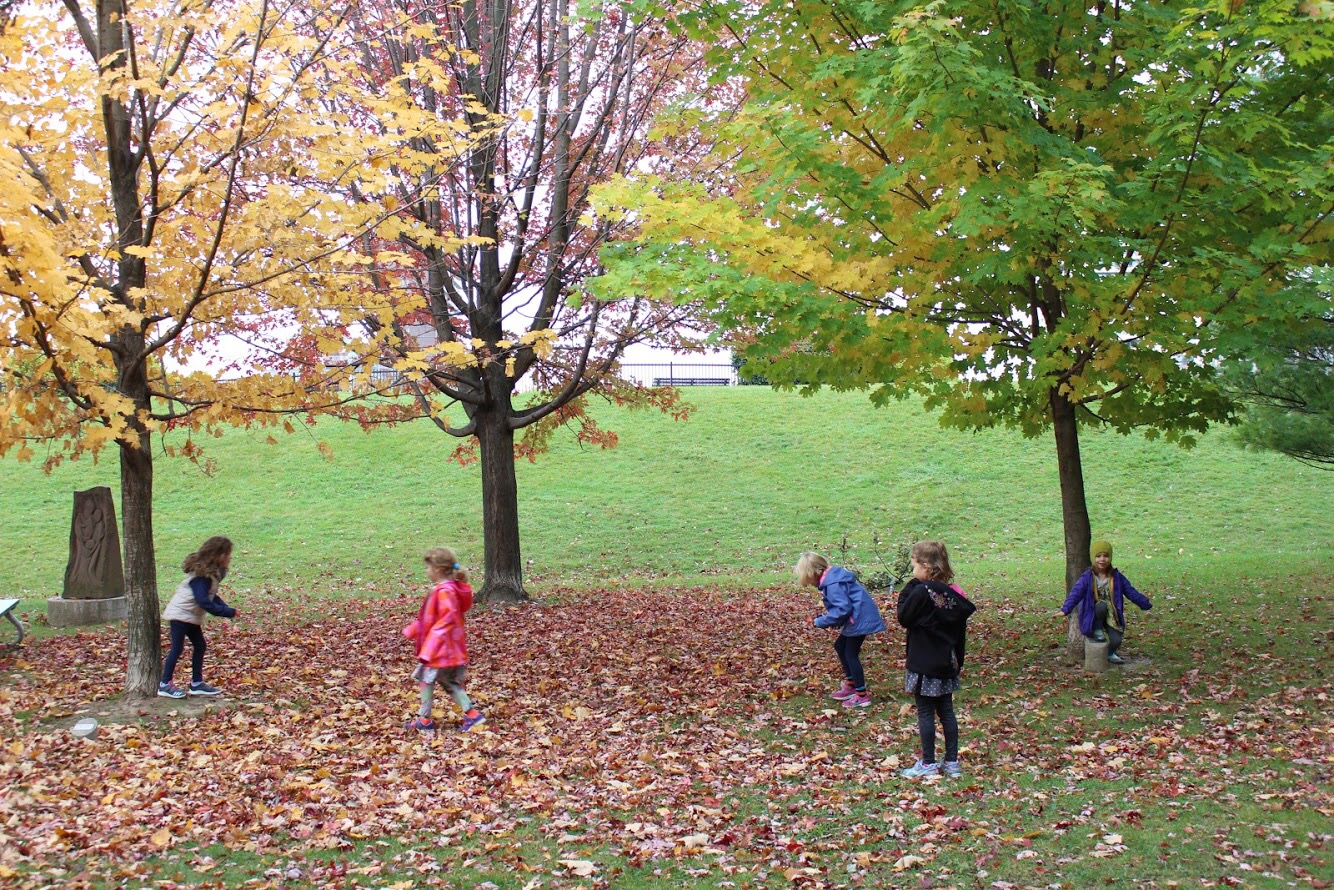 G: “Me and my friends were walking to the park and we picked up leaves so we could make pictures out of leaves. The leaves were purple, yellow, red, green, and orange.” 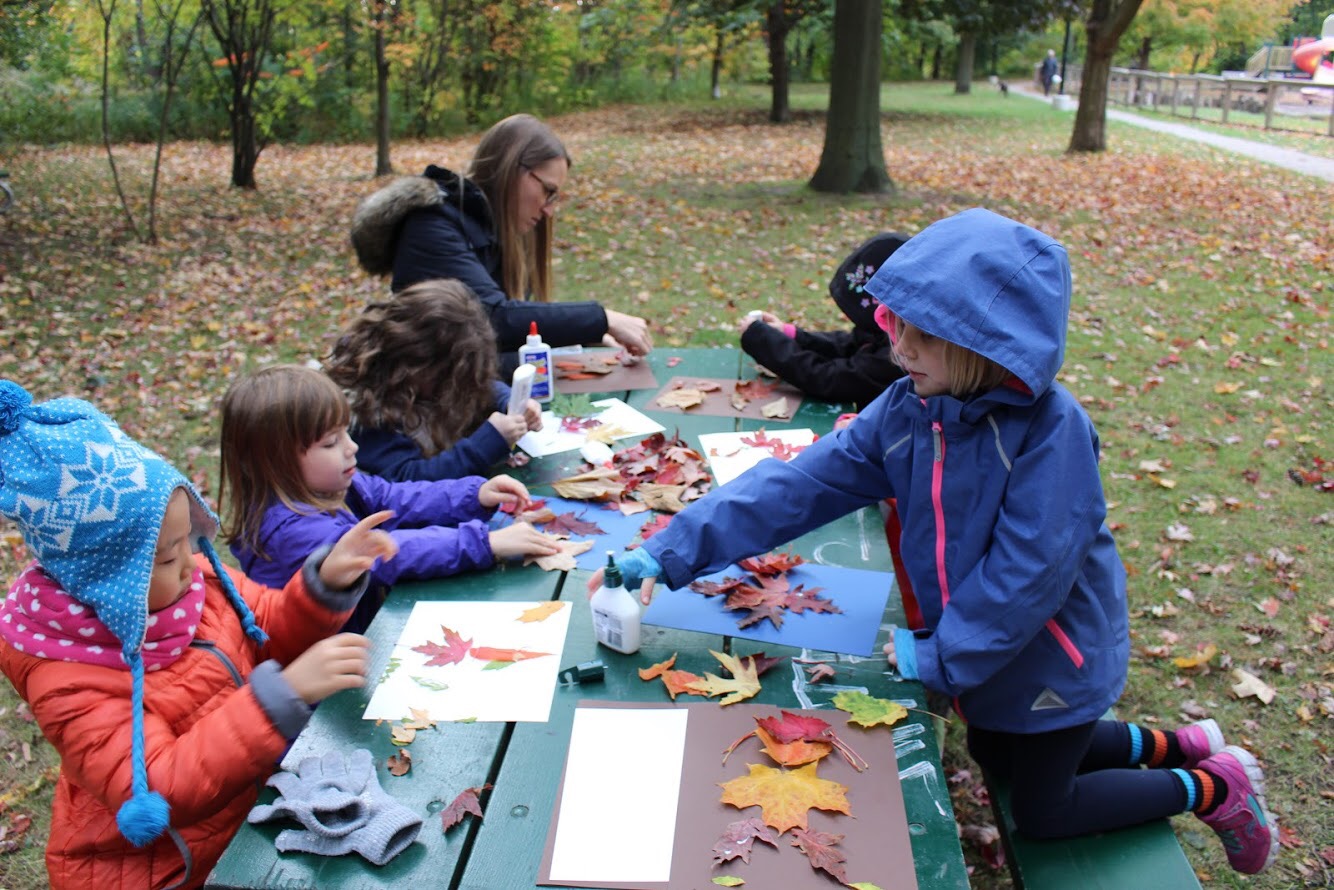 K: “Everyone was making a picture out of leaves. They made a moose, a leaf man, a leaf woman, a flower, and I made an ocean with fishy fish.” 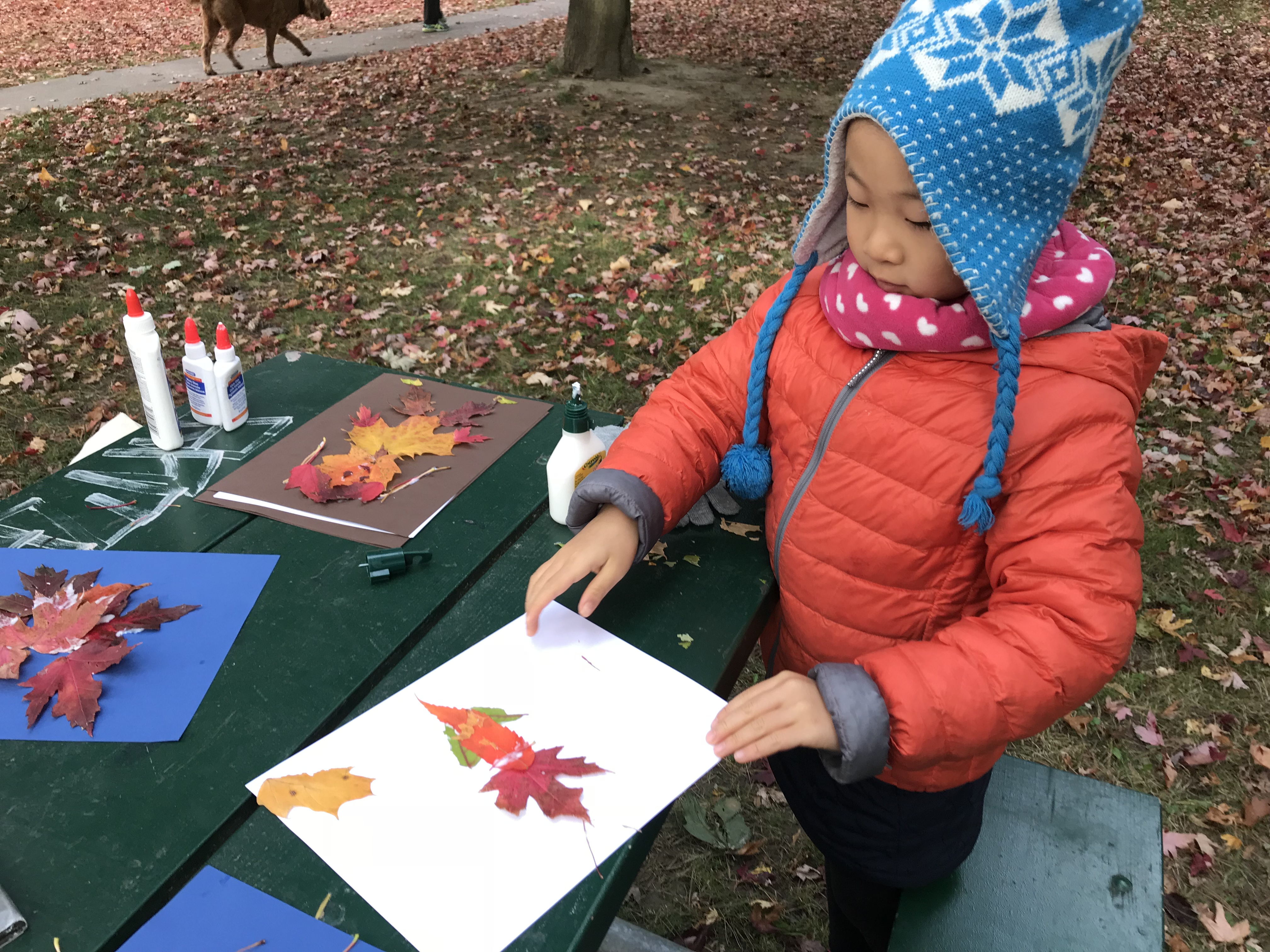 M: “I was making a leaf woman and we were read the book Leaf Man before we started. I used yellow for the sun because it looked like the shape of a sun when I ripped it and I thought the red when it was upside-down it looked like a dress with a shirt. I made feet with the stems and I used orange for the face. I used green leaves for the hair. In the picture, she is walking to have a picnic.”