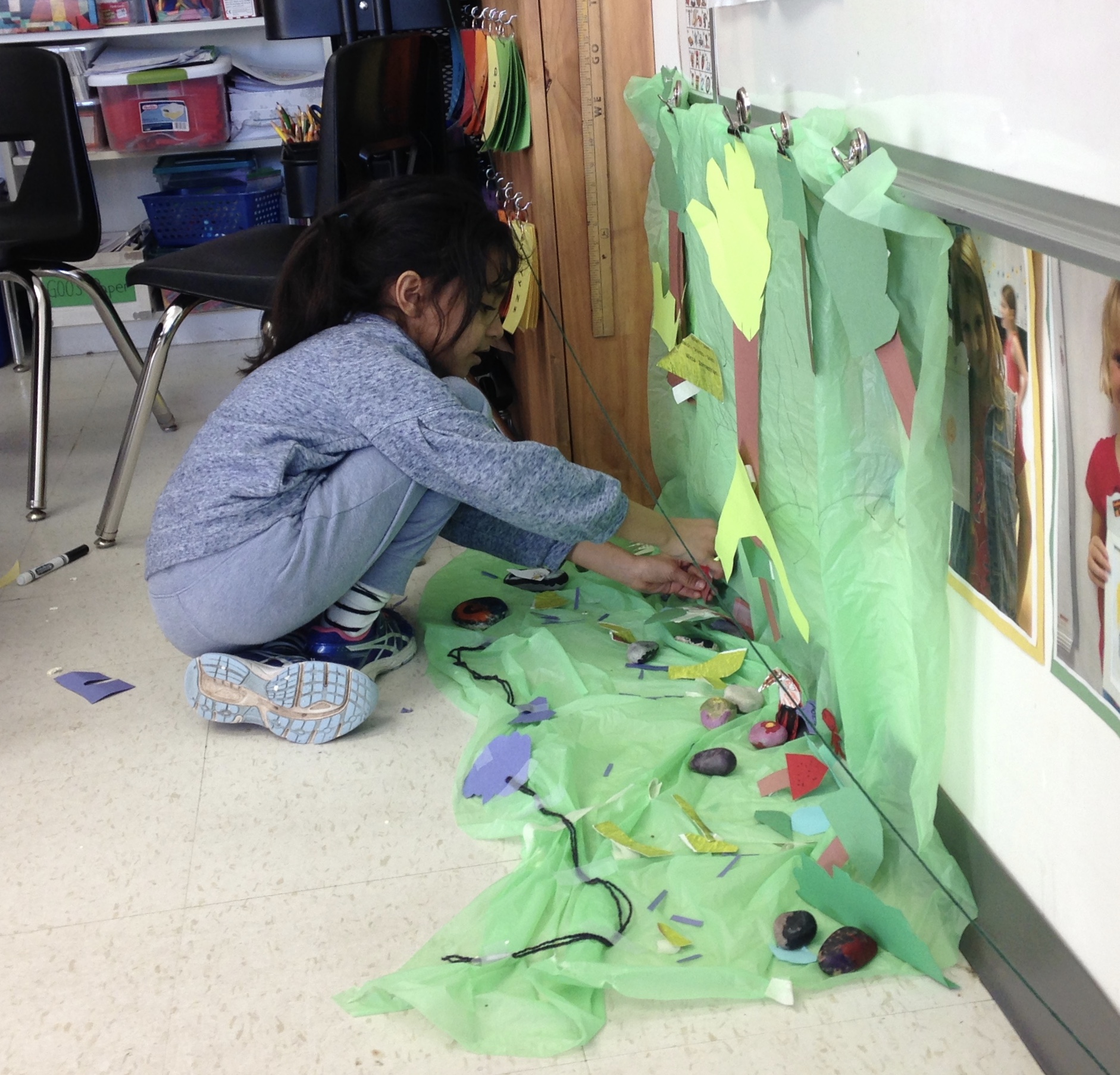 For Linden's STEM for a Better World Fair, the grade one/two students worked hard on expanding their knowledge of the element that keeps us alive - water.

They listened to stories, watched videos, and even learned a dance about the never ending water cycle. This cross curricular hands on exploration allowed the students in grade one/two to incorporate many aspects of the science and technology curriculum, as well as make connections to other units of study. The students learned new science language, like "transpiration" and "precipitation" and were able to share their knowledge with ease to each other and visitors. To further build their collective understanding, the students made an interactive water cycle in their classroom using pulley systems. They made a bright sun, and drew on paper bags to show the different stages of the water cycle. In addition, they decided that they needed to show where water evaporates from, so they made land with trees, rocks, and people. In they end, they had six different stages of the water cycle moving around the room. It was so exciting to see their hard work take shape and provide a base for individual investigations on water for Linden's Stem for a Better World Fair. 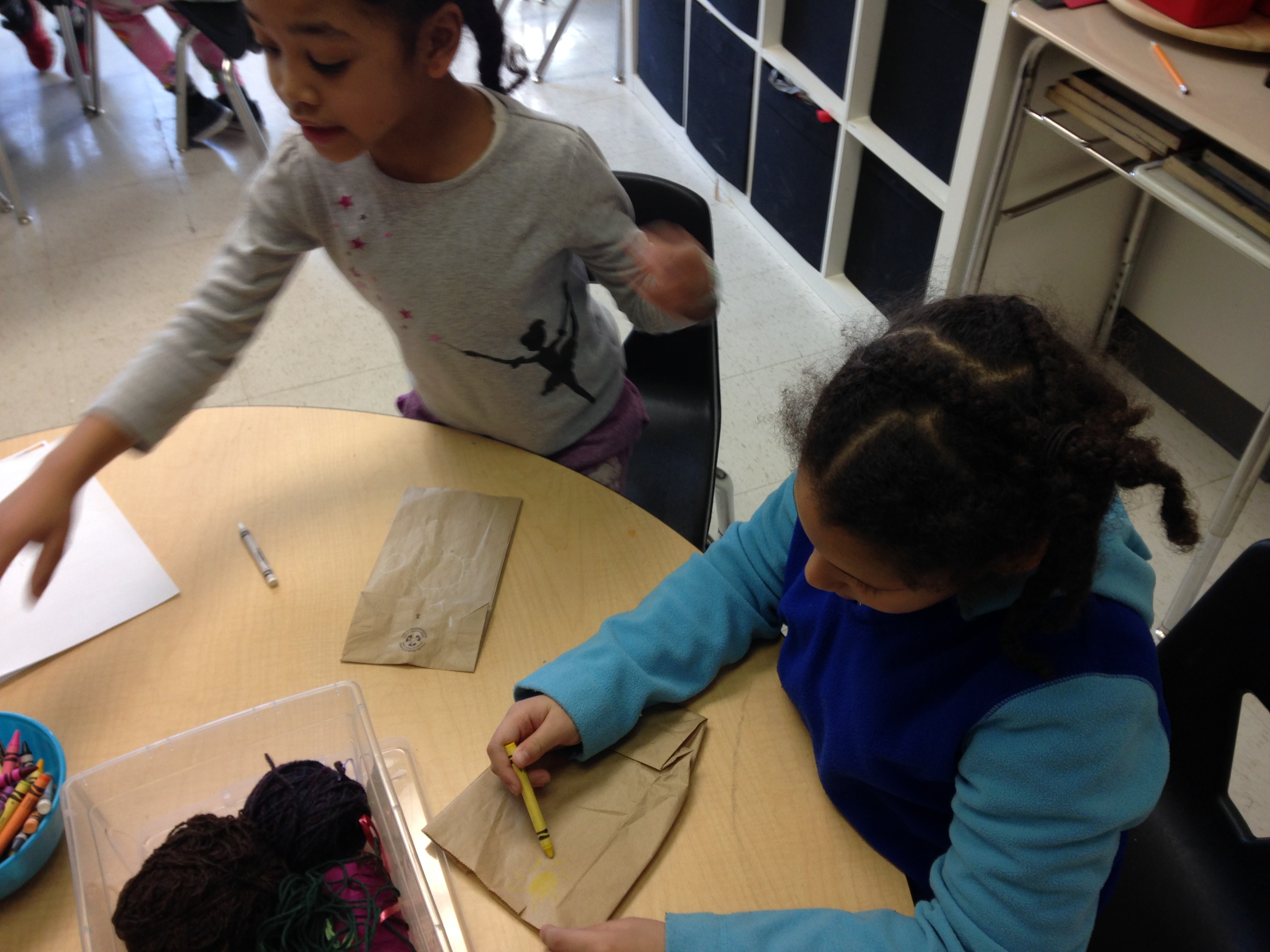 Here, Z and Ad are starting to draw their ideas of the evaporation stage of the water cycle. 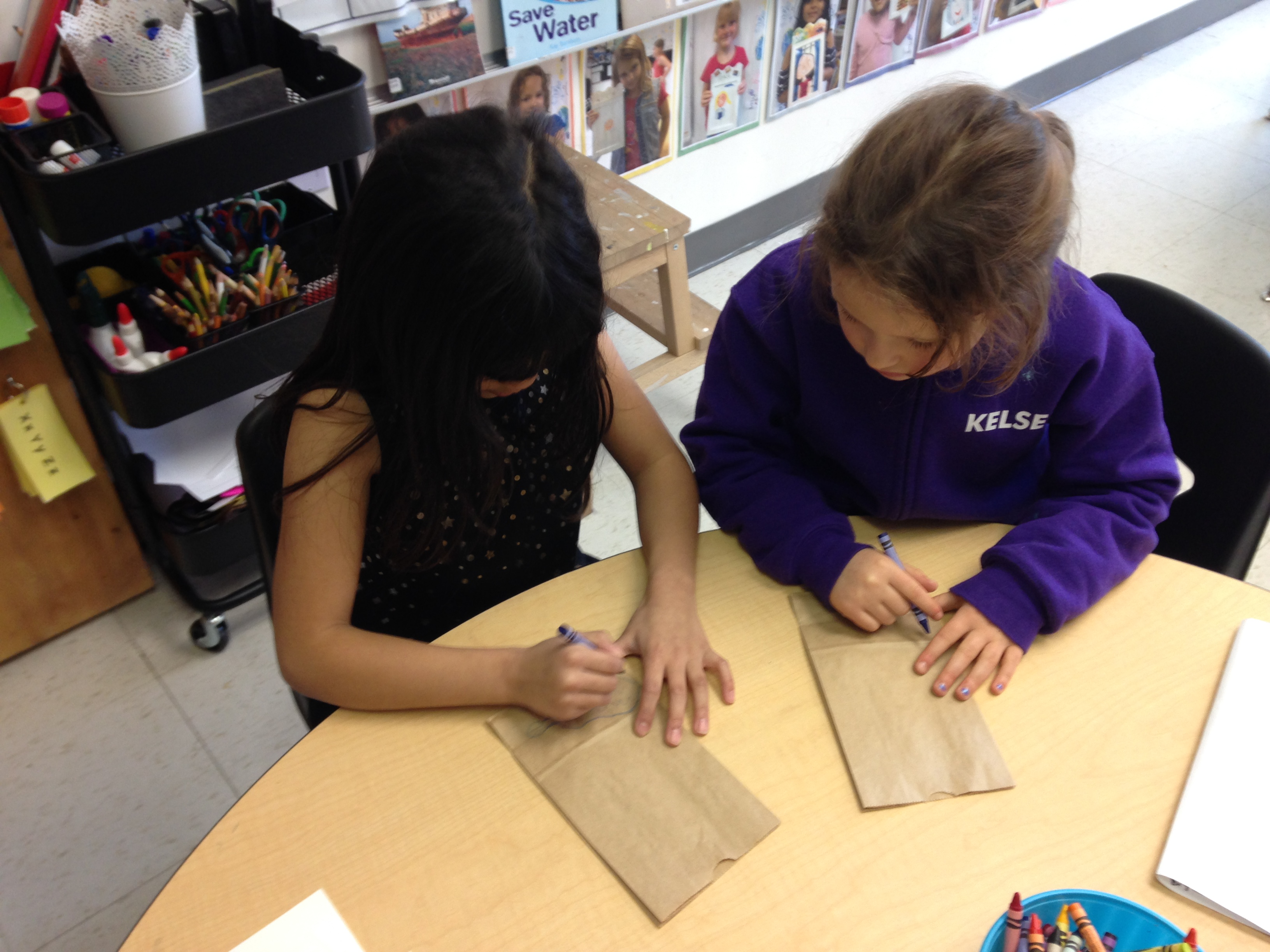 Both Ka and Ke are sharing knowledge through drawing of the precipitation stage. 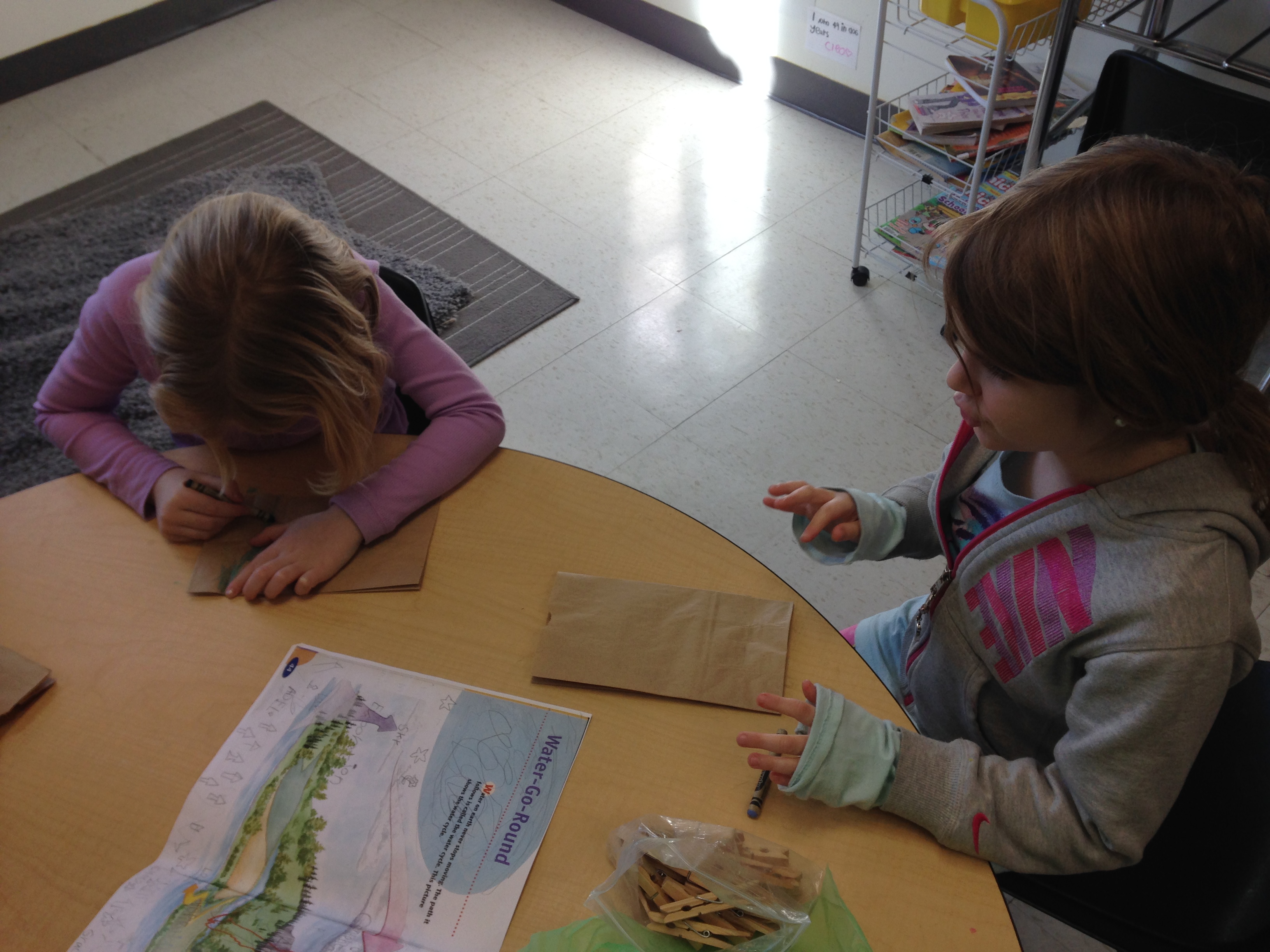 G is hard at work colouring what she thinks the stage of transpiration looks like, and M is sharing her ideas. 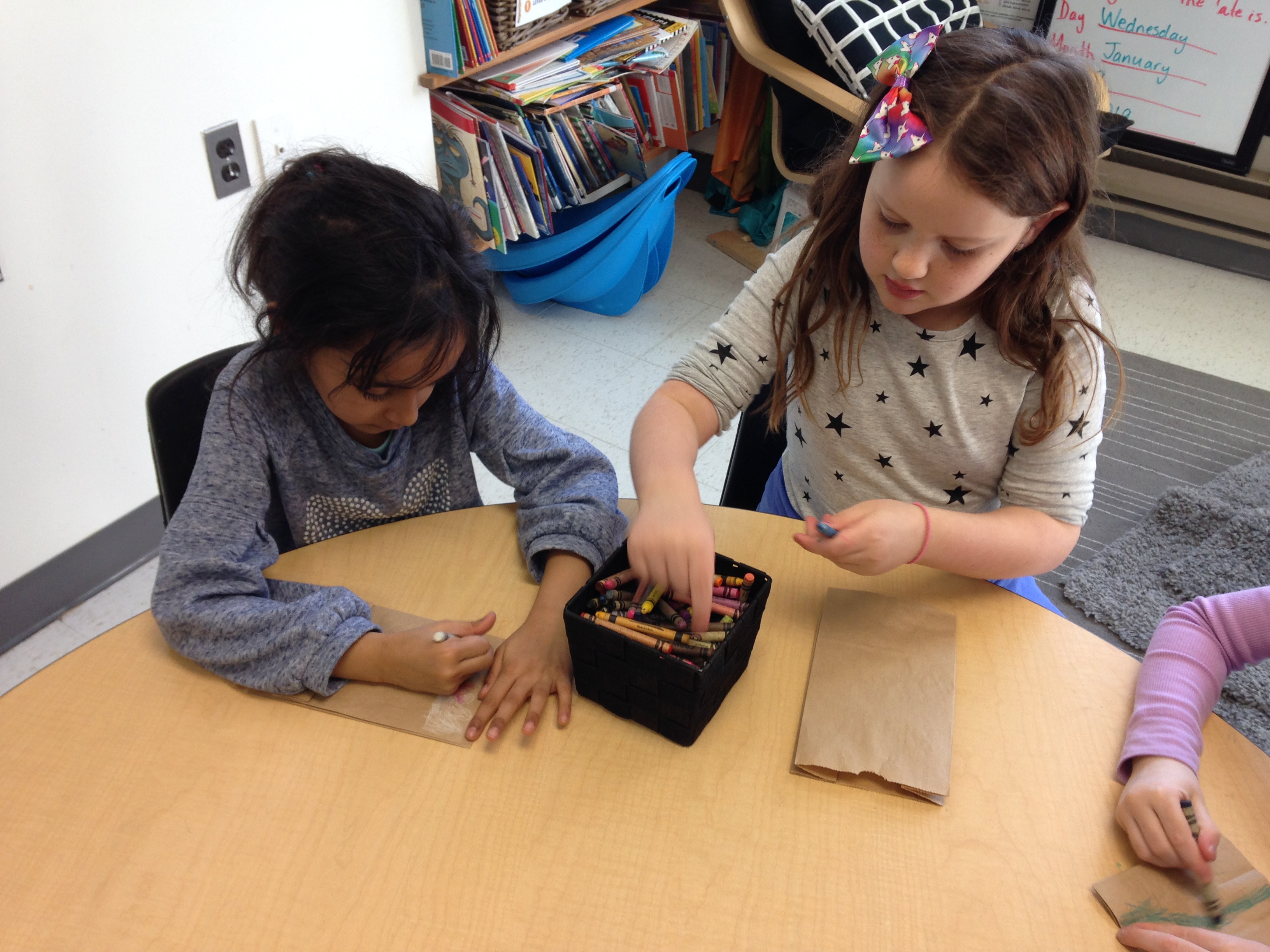 Ap is working on showing her ideas of transpiration with puffy white clouds forming. 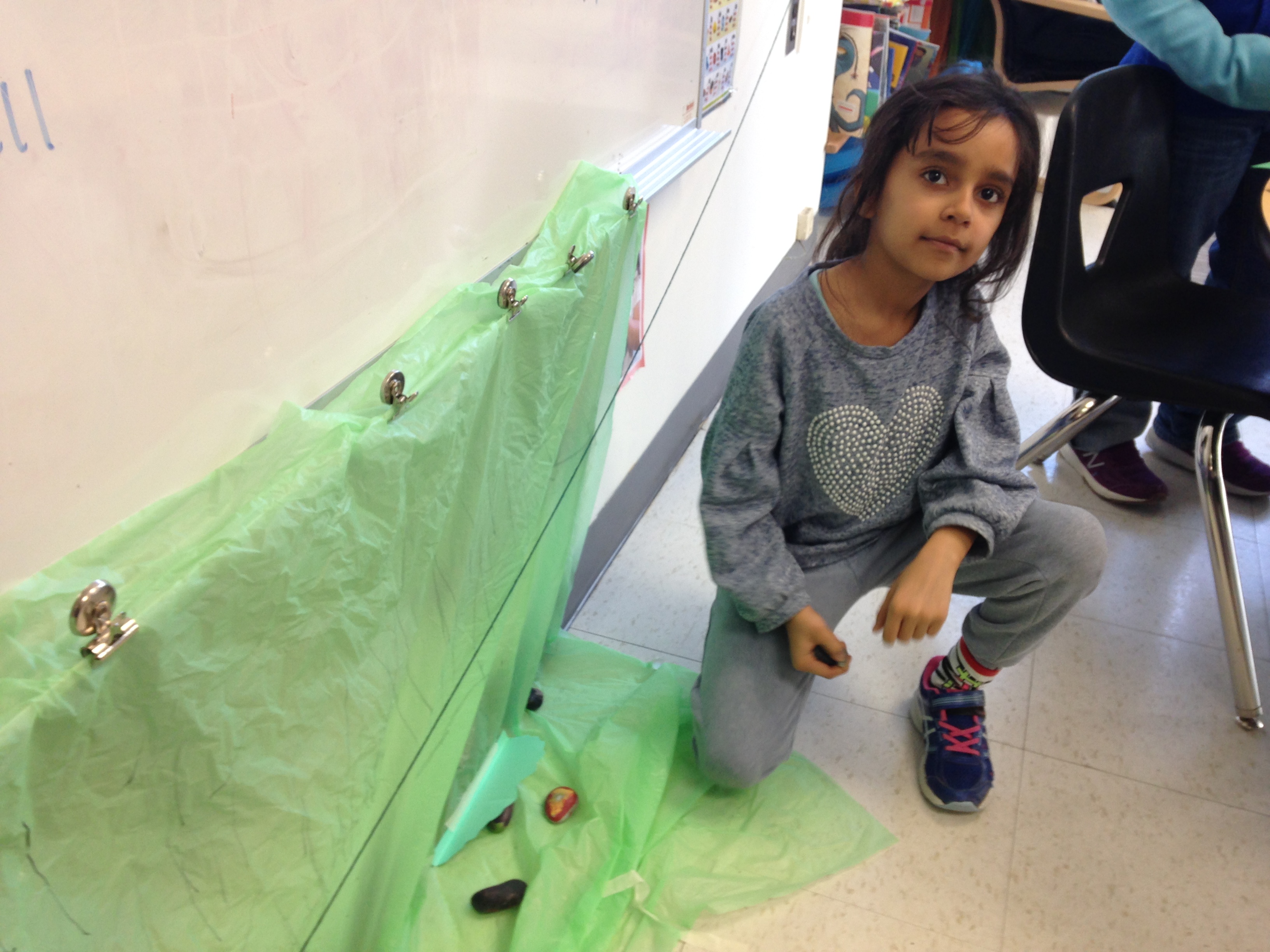 Ap has added some items to the ground, like rocks and trees. 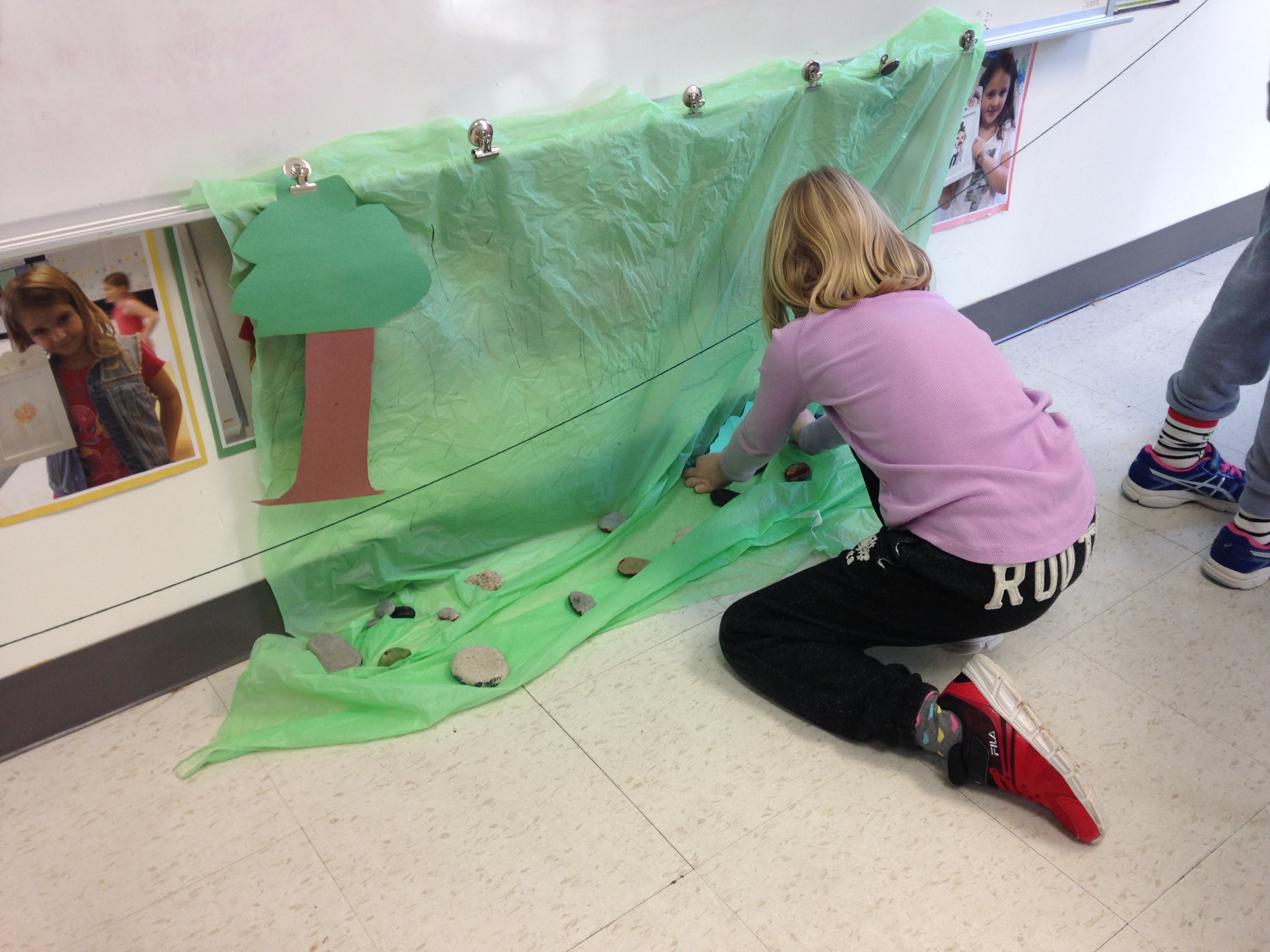 The ground area is coming along. Here G is adding a bush. 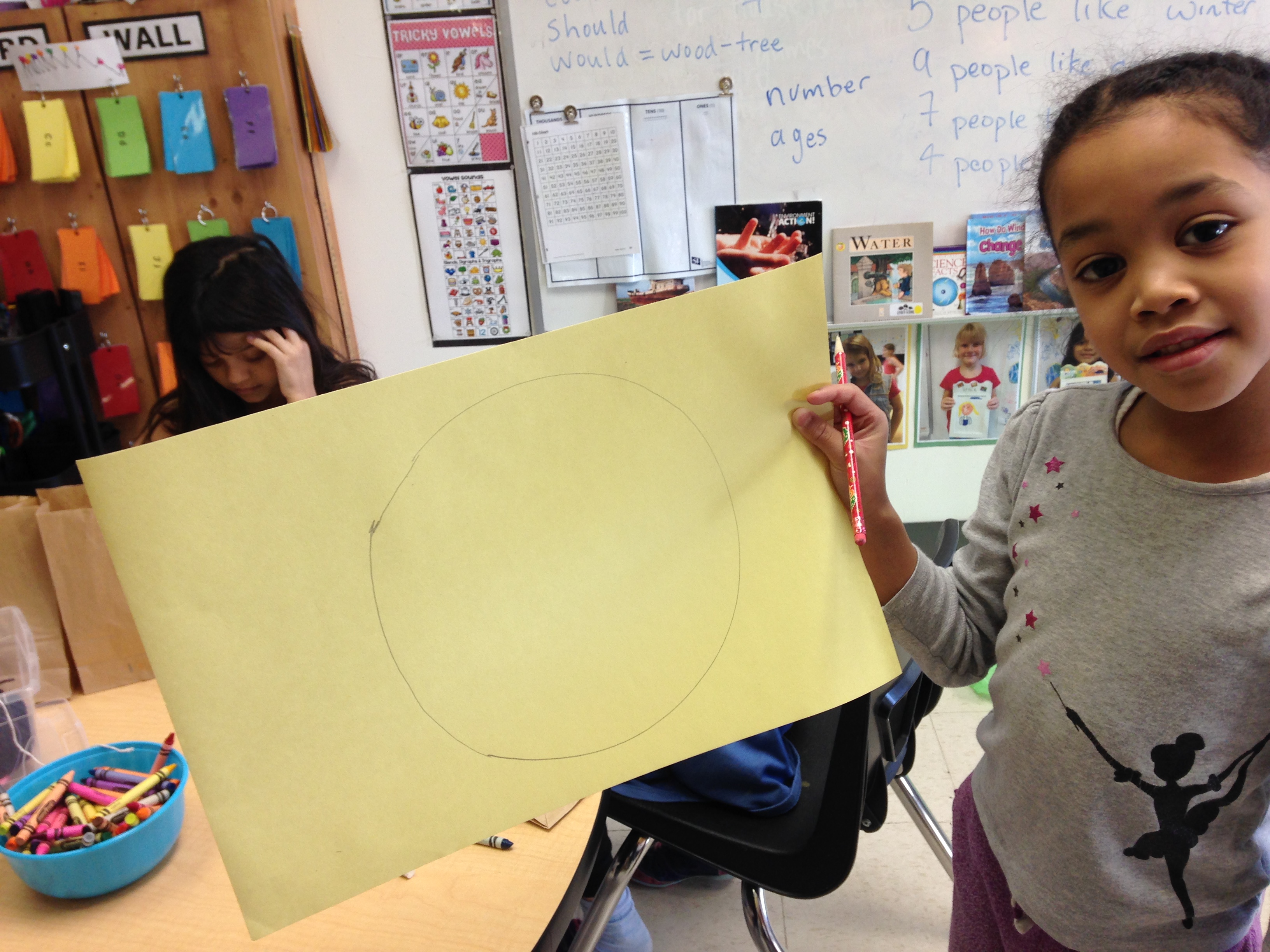 A large circle is a hard thing to draw. Z is proud of this stage of working on making the sun, a very important piece to the water cycle. 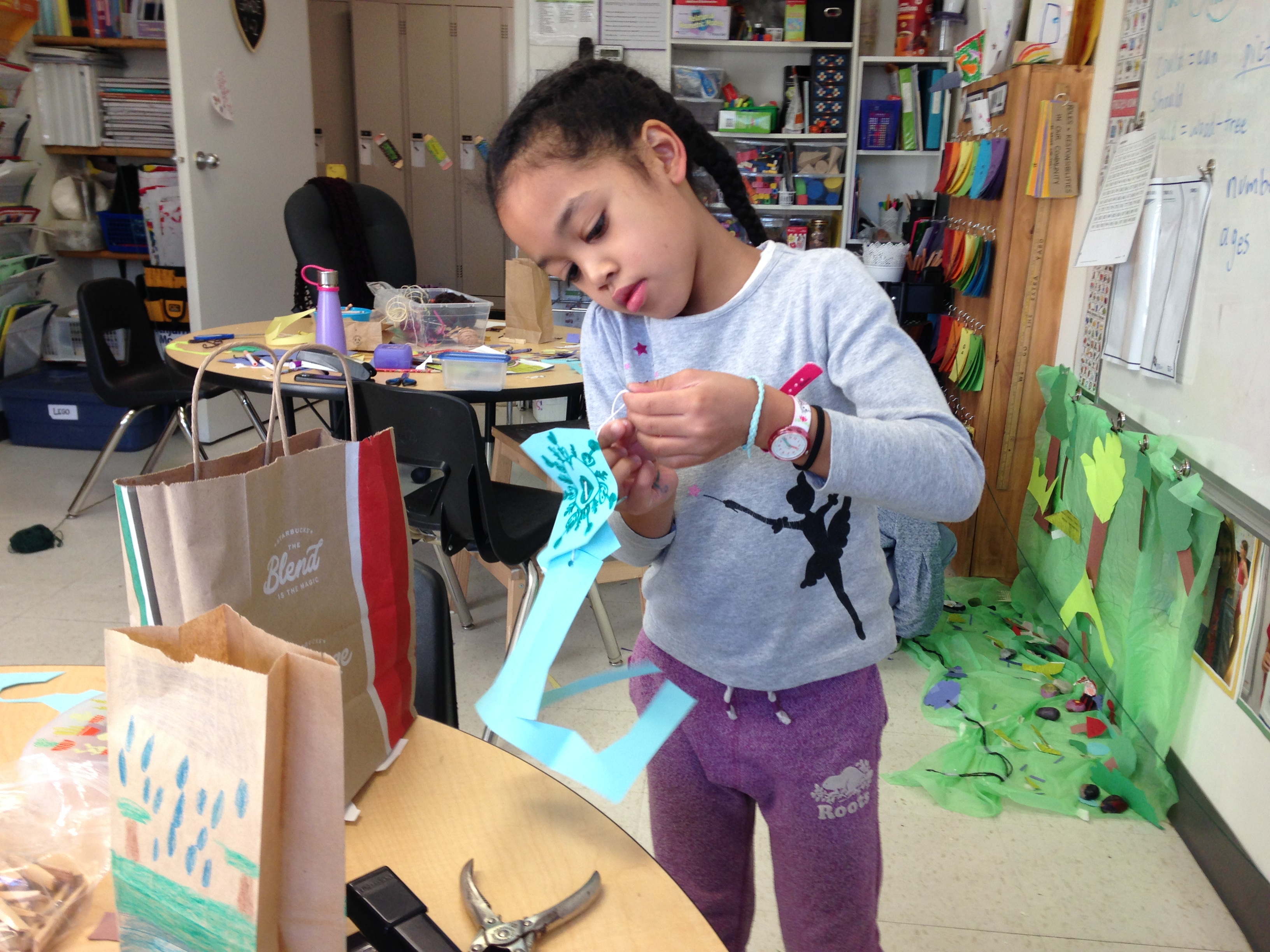 Z has decided to make some different forms of water to add to the cycle. Here she is making some ice and snow. 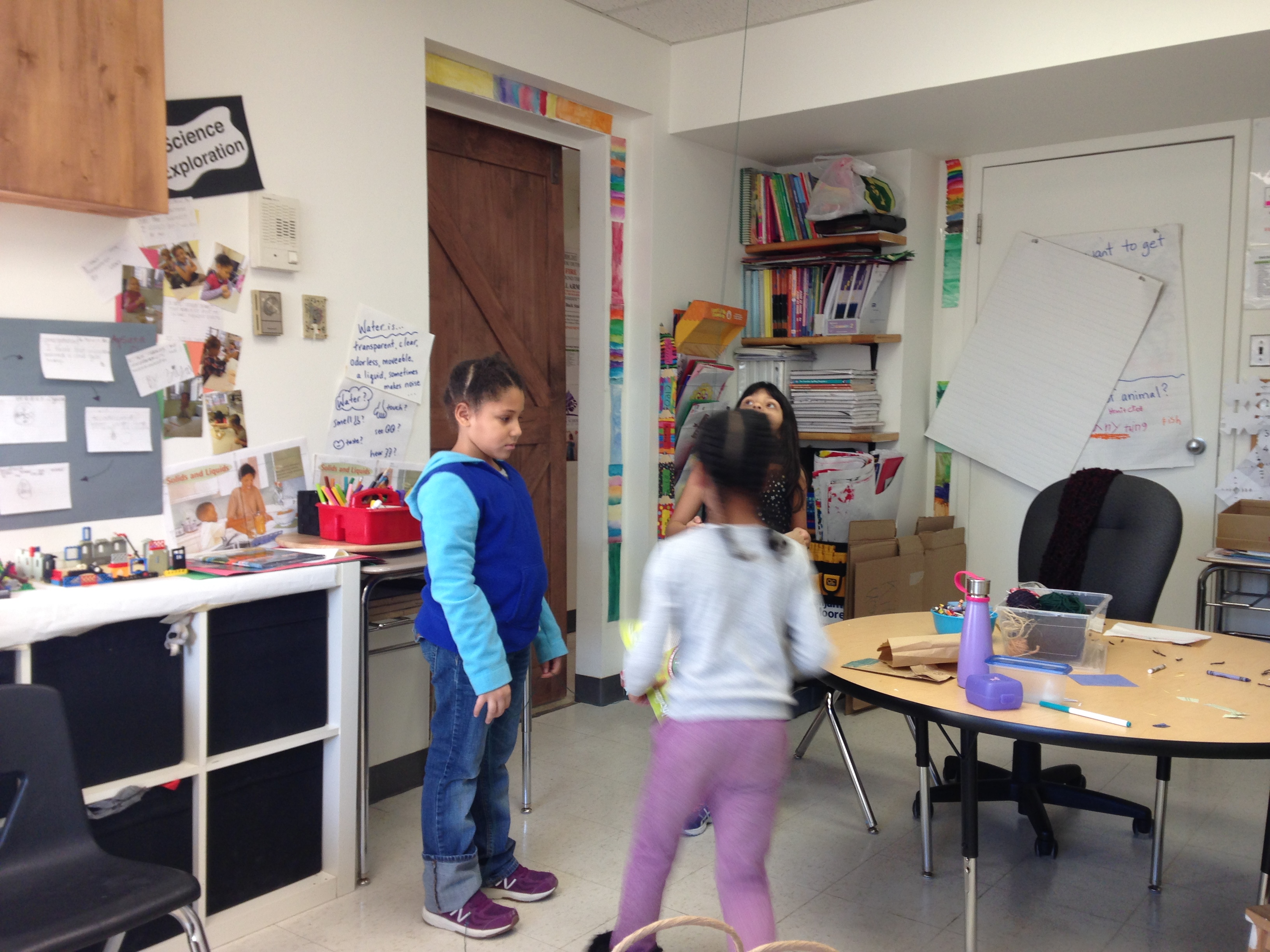 We are almost done - just testing out one of the pulleys. 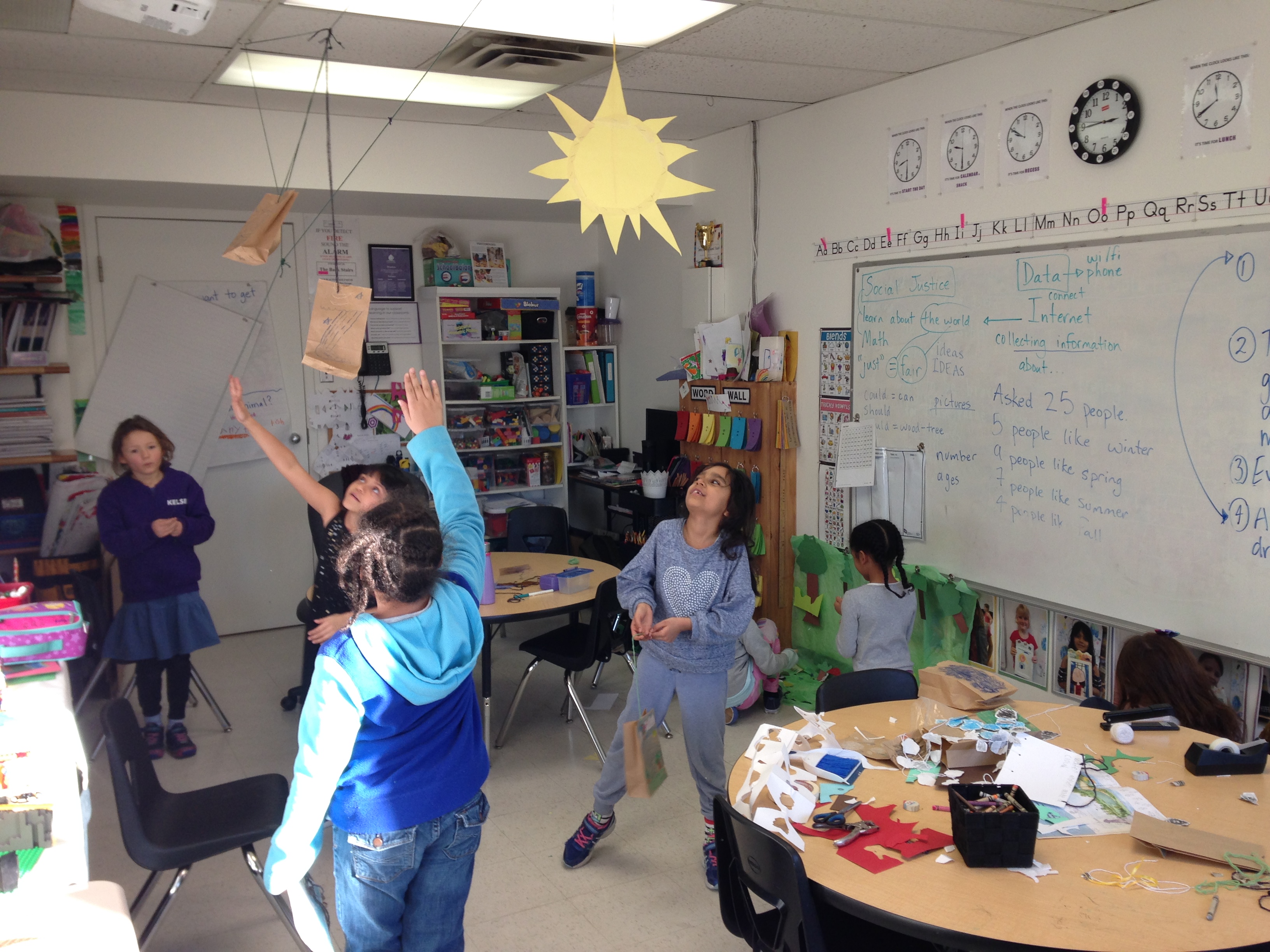 SUCCESS! We have a water cycle moving through the room.