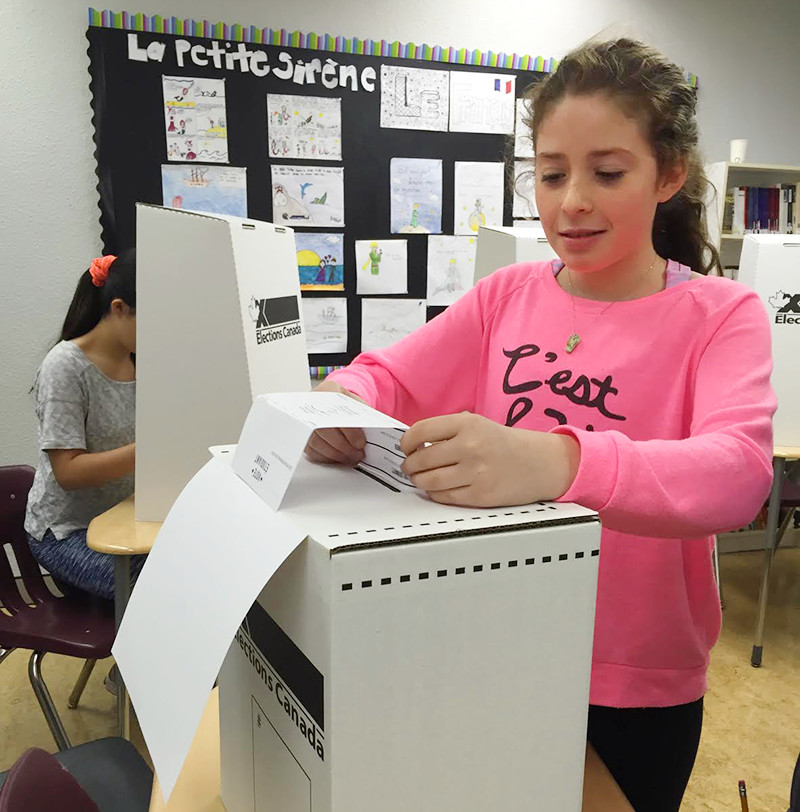 In early October, the Grade 5 social studies and Grade 10 civics classes began an inter-grade partnership to plan the Linden Student Vote. Student Vote is a parallel election for students under the voting age, this year coinciding with the recent federal election. The purpose is to provide young Canadians with an opportunity to experience the voting process first-hand and build the habits of informed and engaged citizenship. In their classes, students at Linden had been studying systems of government, citizenship, the history of women's suffrage, and the electoral process.

As part of their work in facilitating the Linden Student Vote 2015, our Grade 5 and 10 students worked together to plan informative school announcements (with a dramatic flair, of course), as well as to compile summaries of each major party's platforms to ensure that our student voters were informed. There was even a rap element to the presentations:

We challenge you to pinky swear,
So put your finger in the air,
Raise your voice and say out loud,
I will vote no doubt.
We out.

On October 15, the Linden Student Vote election day, these students administered the voting process by serving with exceptional professionalism as elections officers and scrutineers. Our polls were open from 8:00 AM until 4:00 PM, and then vote tallies were held in confidence until after the federal election results were finalized. The Grade 5 students included this project in Linden's Social Justice Data Fair, where they analyzed historic voter turnout rates, current voter turnout rates by province, and did a comparative analysis of how the federal election results might change if the age restrictions were removed for Canadian voters. Here are some of their results: Linden voter turnout was 85.7% while the national voter turnout was 68.5%. 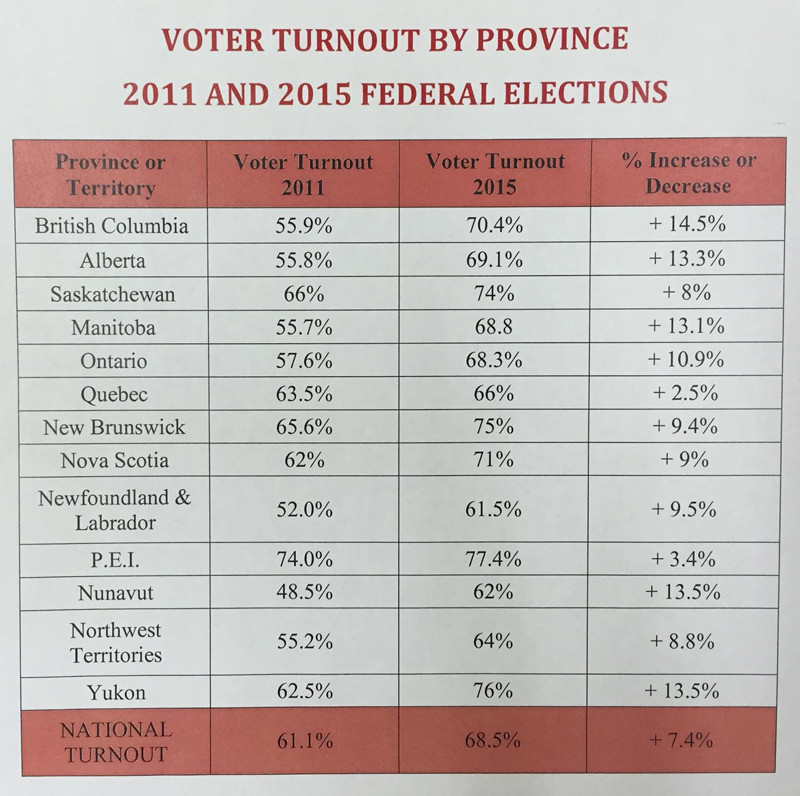 In total, 6,760 schools participated in the 2015 Student Vote across the country with 922,000 students casting a ballot across 338 electoral districts. The country-wide results can be viewed here:

Through their work together, the Grade 5 and 10 classes practised their skills in leadership, mentorship, public speaking, and the understanding of the electoral process. Stay tuned to studentvote.ca to see if Linden was selected as a winner in the Student Vote Twitter Challenge!