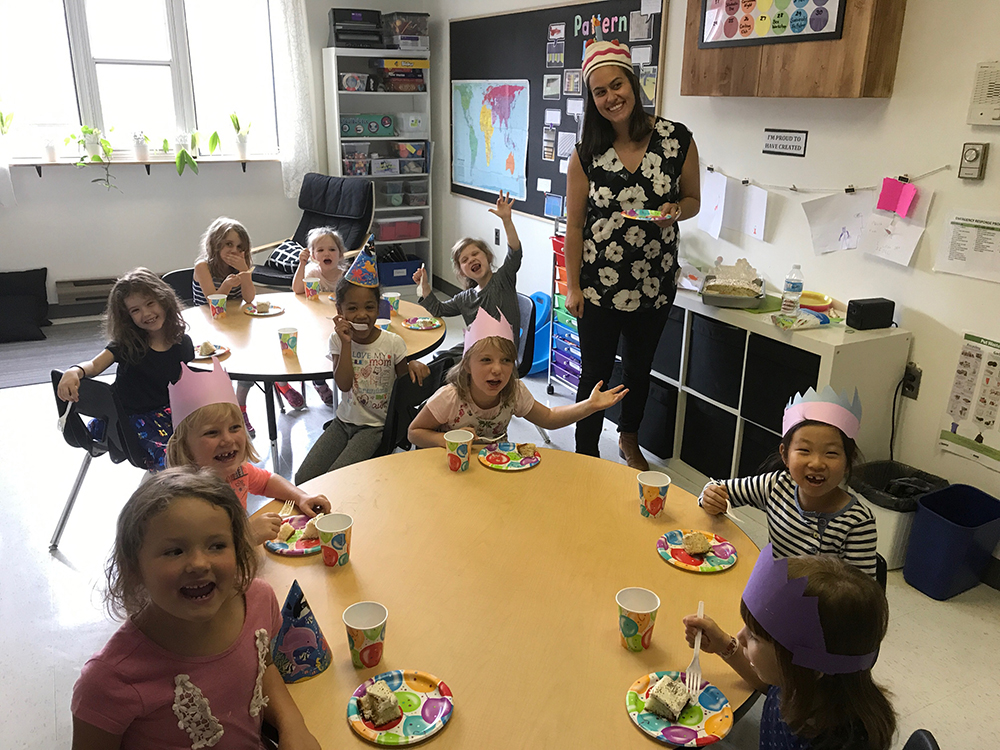 Enjoy this week's blog, captions made by the Early Learning students. 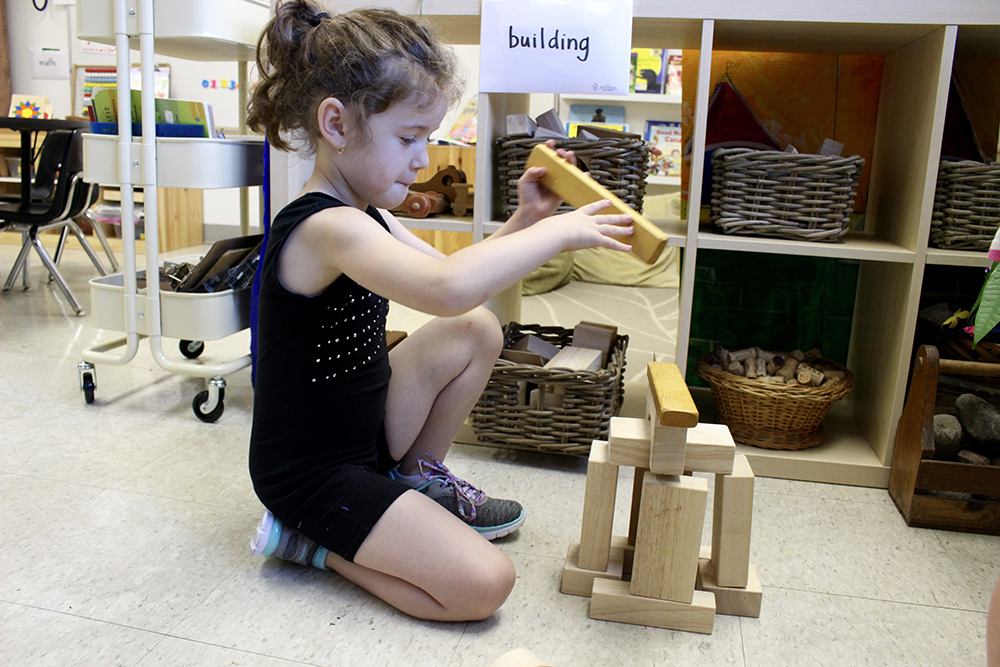 I was building a very good castle. A few kids knocked it over and I was upset, and I wasn’t happy. I knew what it still looked like and there was only a few pieces and I got it back up. I just remembered because it was really quick and I put it back up. It was really fun. - K 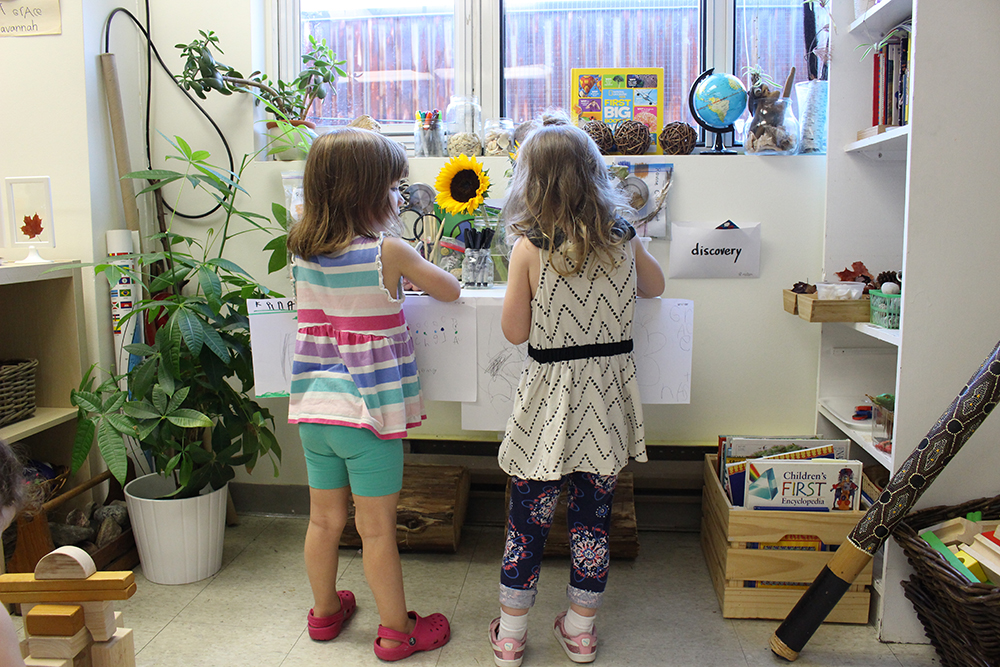 We were looking at the sunflowers. And then we were watching K build a little. - A 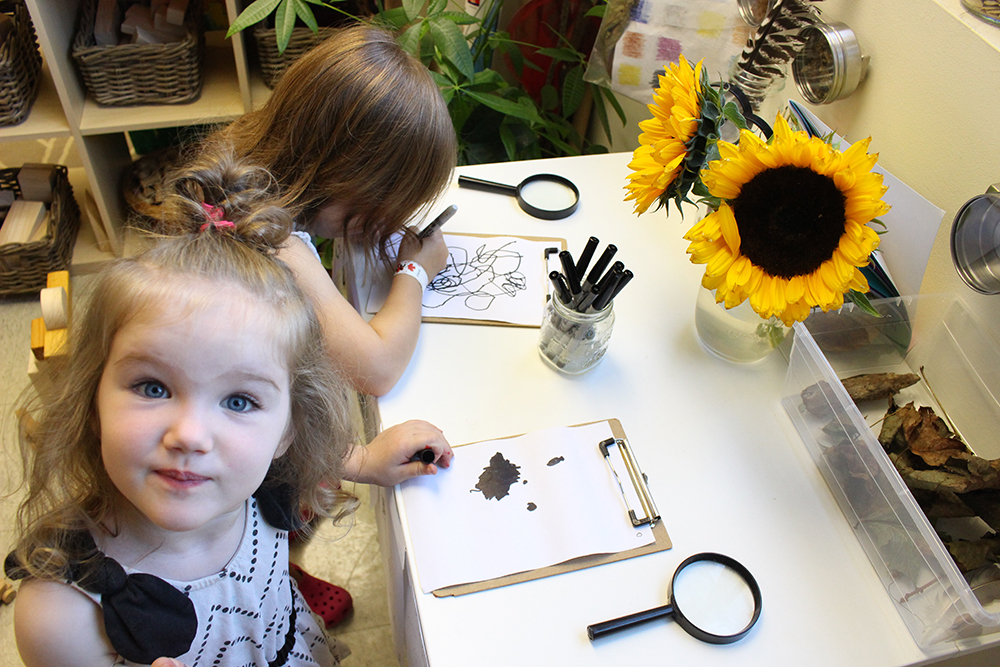 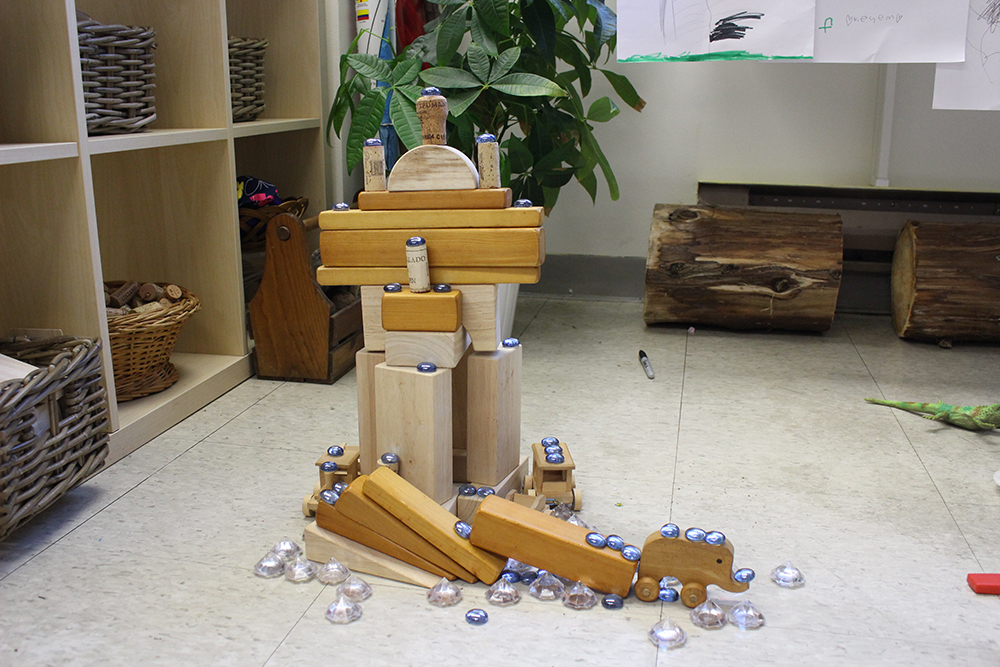 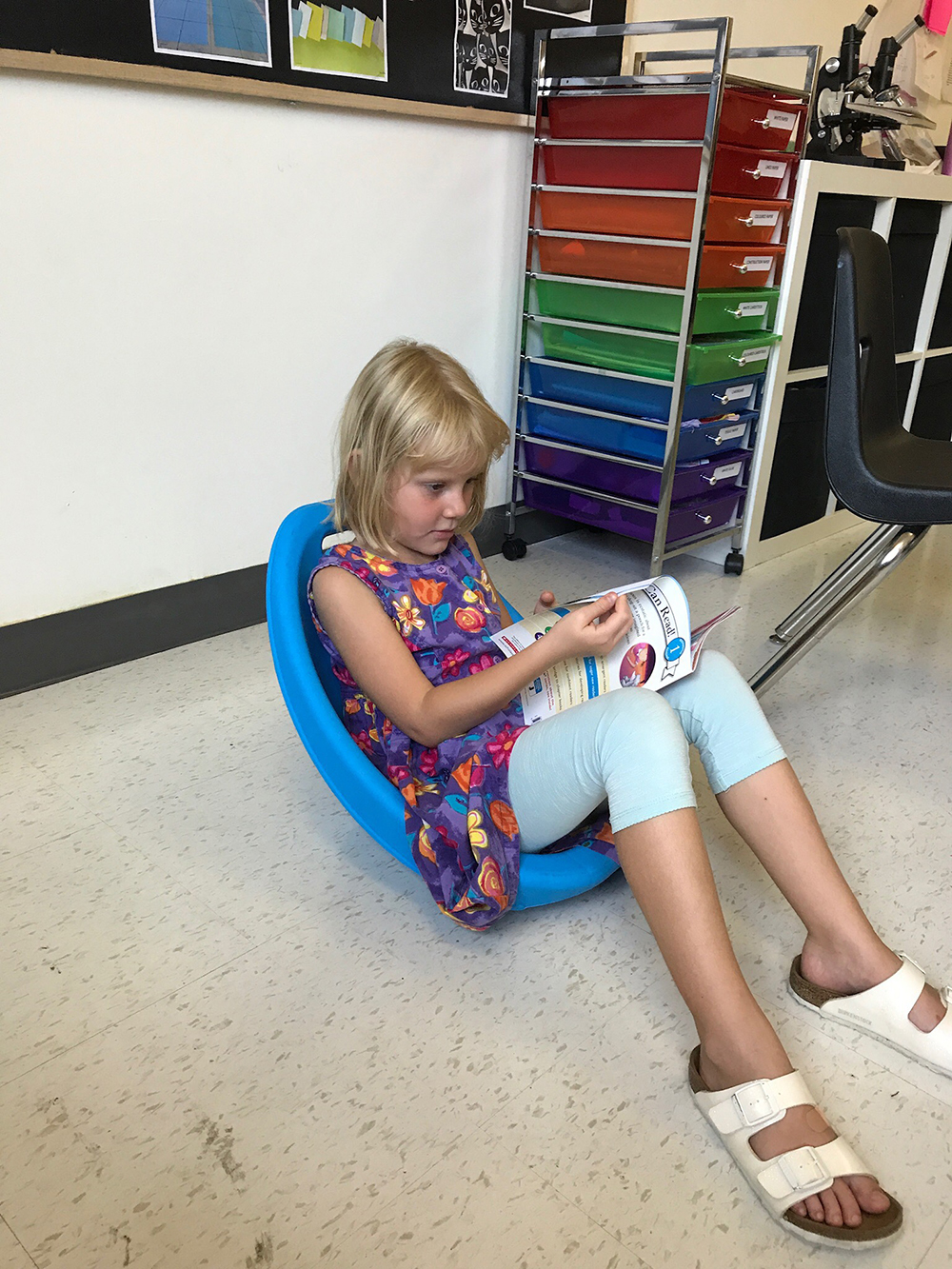 I was sitting in Soteira’s class’s chair and I was reading a book. - G 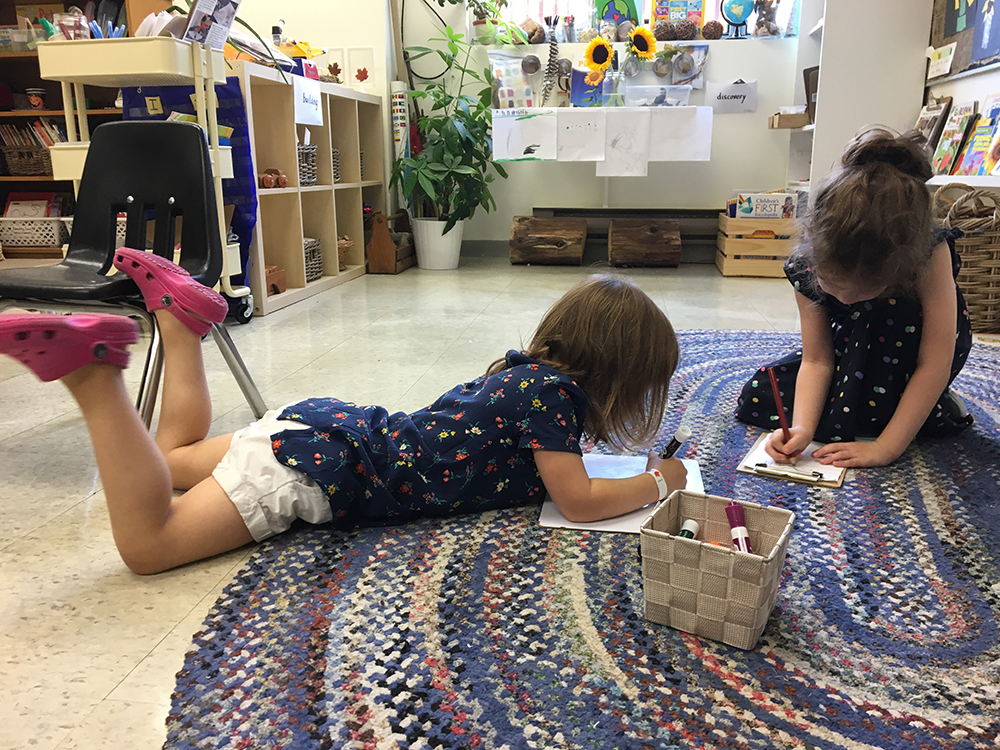 So I was playing school and I was using the markers to write something and the kids can tell me what it is. And K was drawing with me. So then I was trying to make a scribbly castle but it didn’t work so well. - A 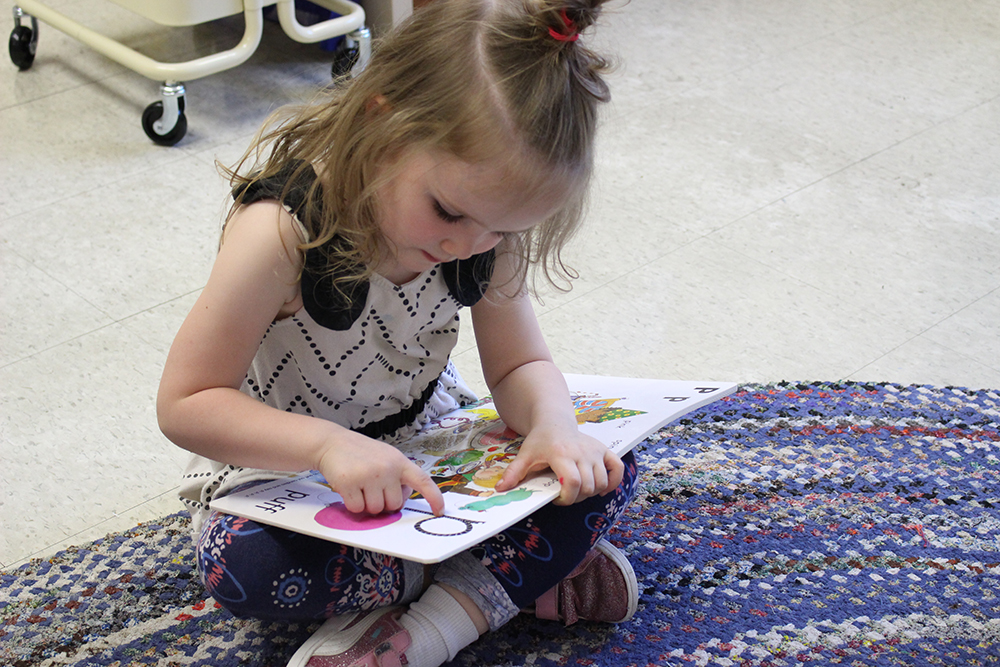 P is tracing the letter. - G 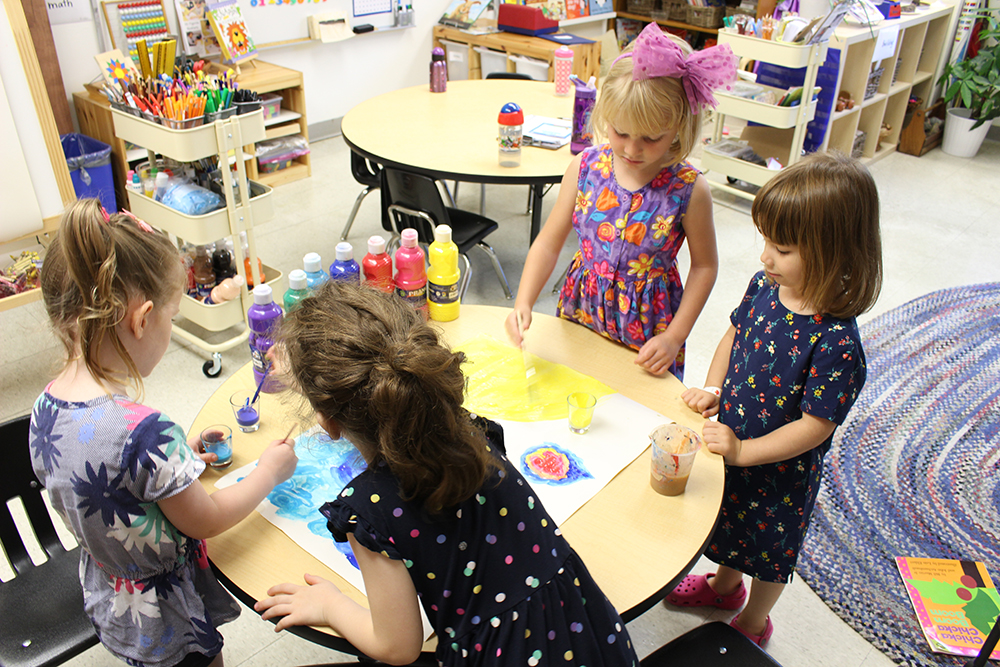 It’s all of us working togteher. - K

I’m not working, I’m just looking. It was at the art and light table. - A 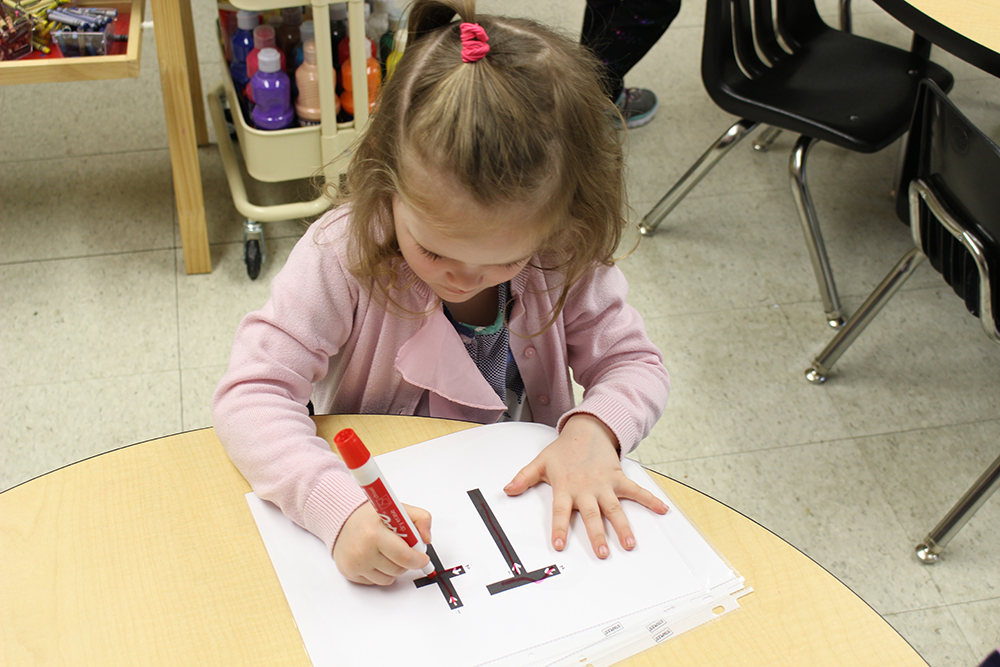 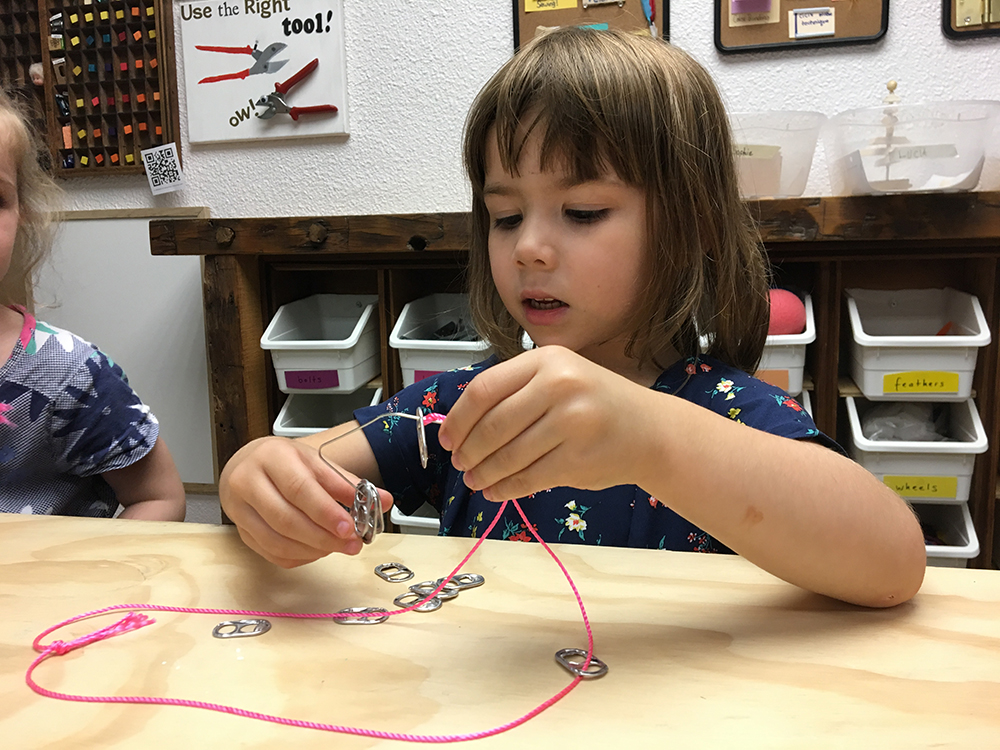 So A was in CERES class and she was making a necklace. - K

I was making a necklace and it was supposed to be for all of the lands. I putted keys on so I can connect it to my toy house. - A 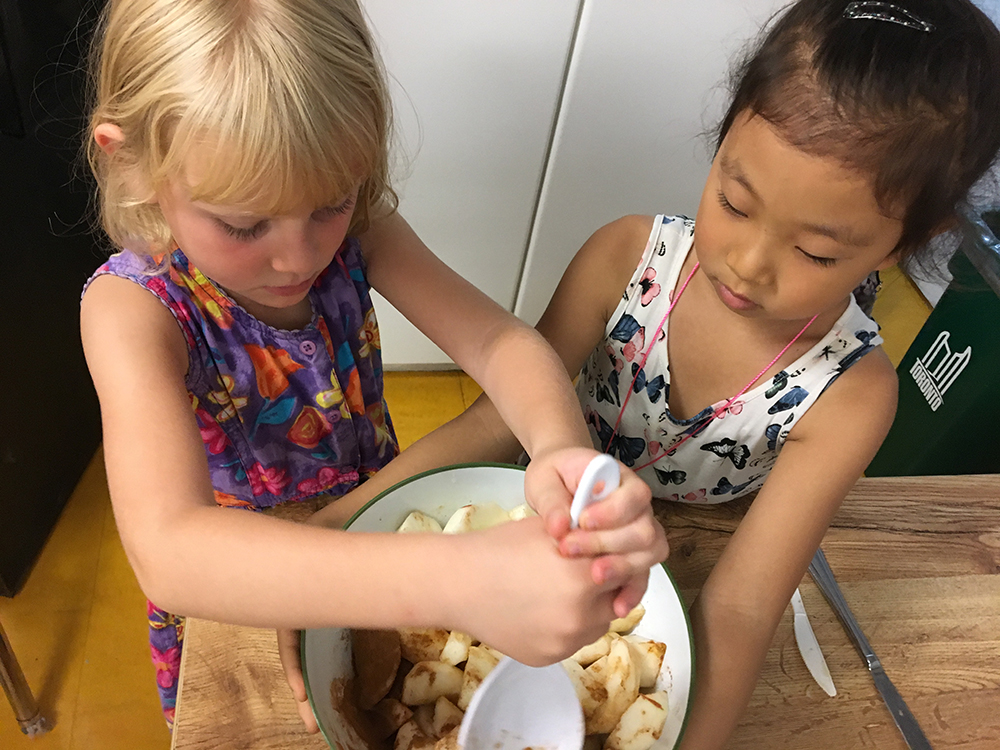 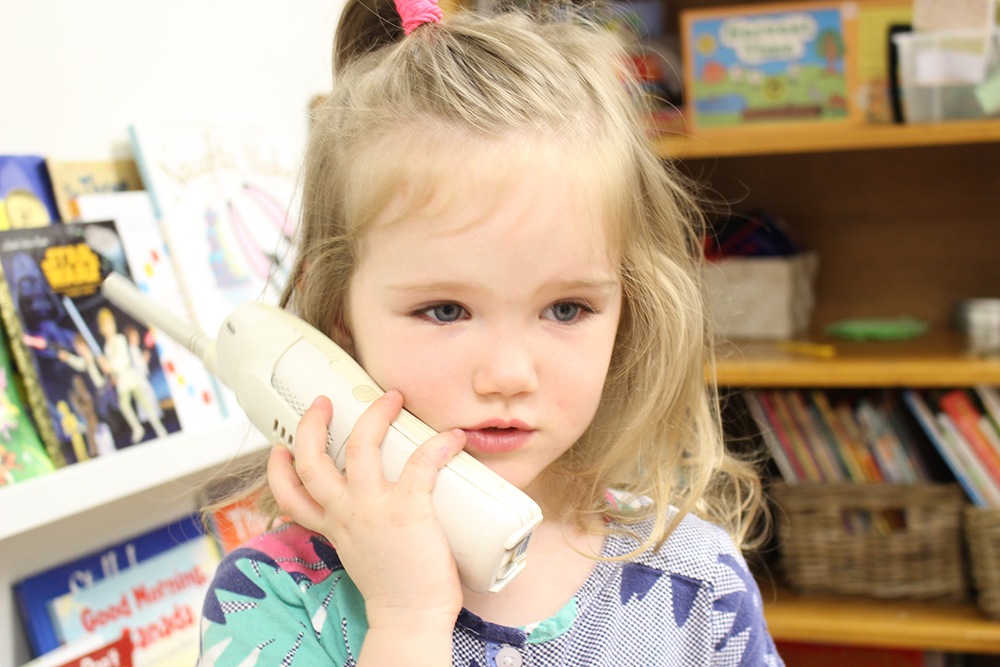 That was me talking. - P 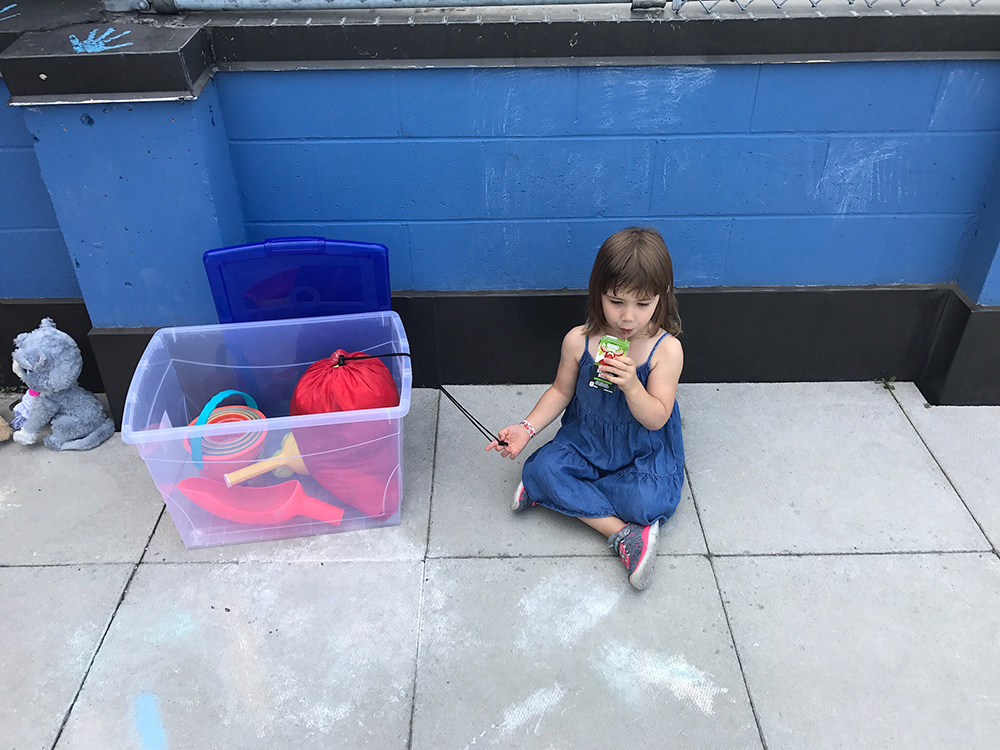 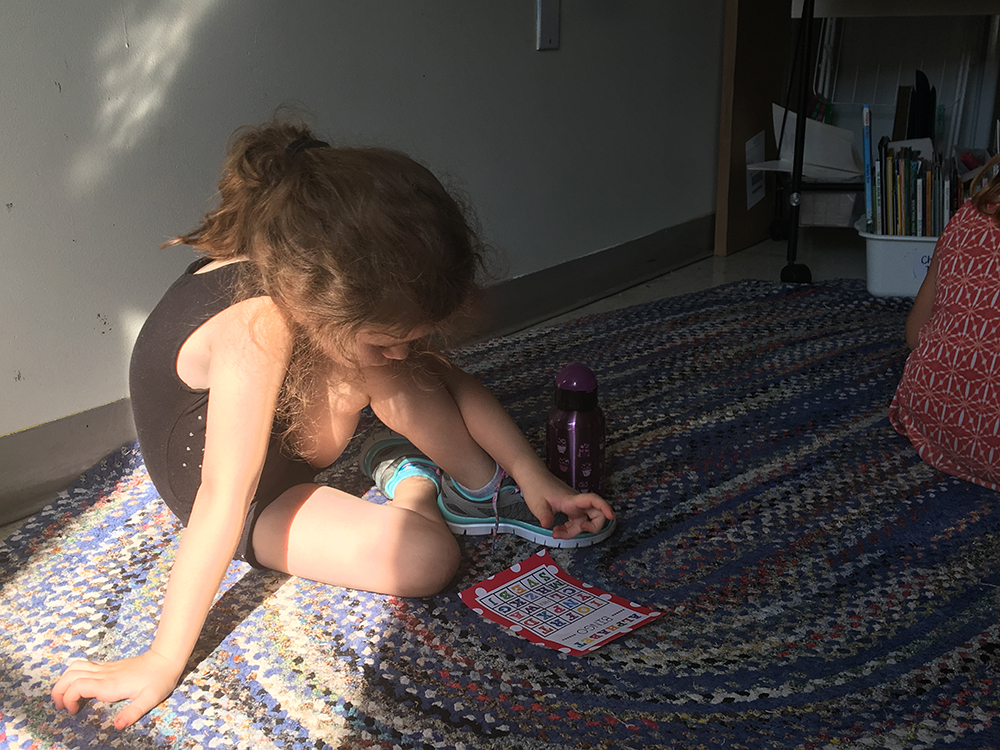 I was playing BINGO with Ellen in music / French. - K 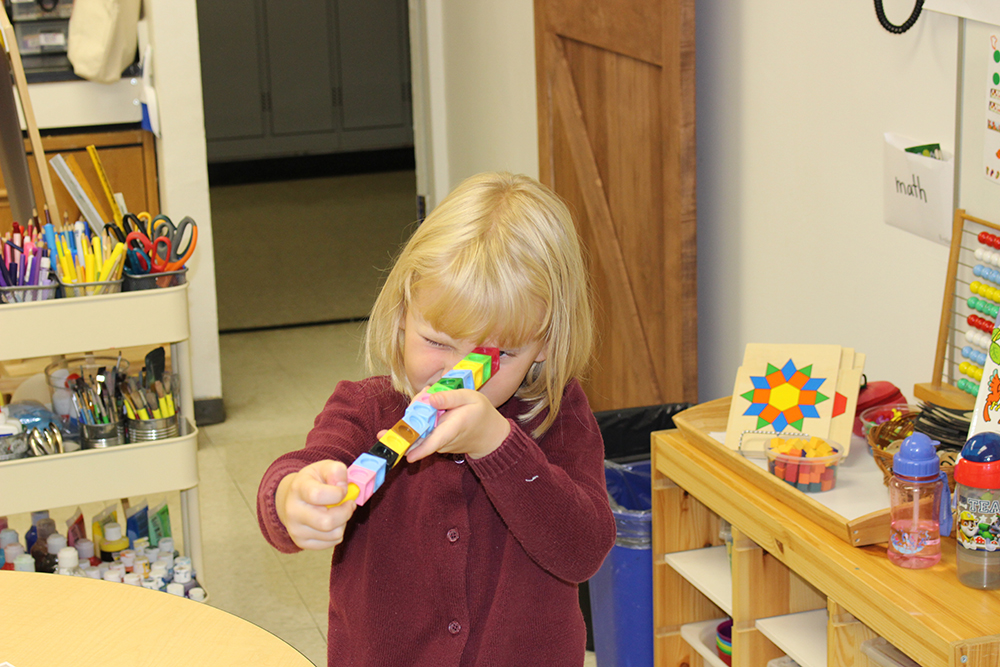 I was looking through my microscope. And it was beautiful colours. I made it with sticky blocks. - G 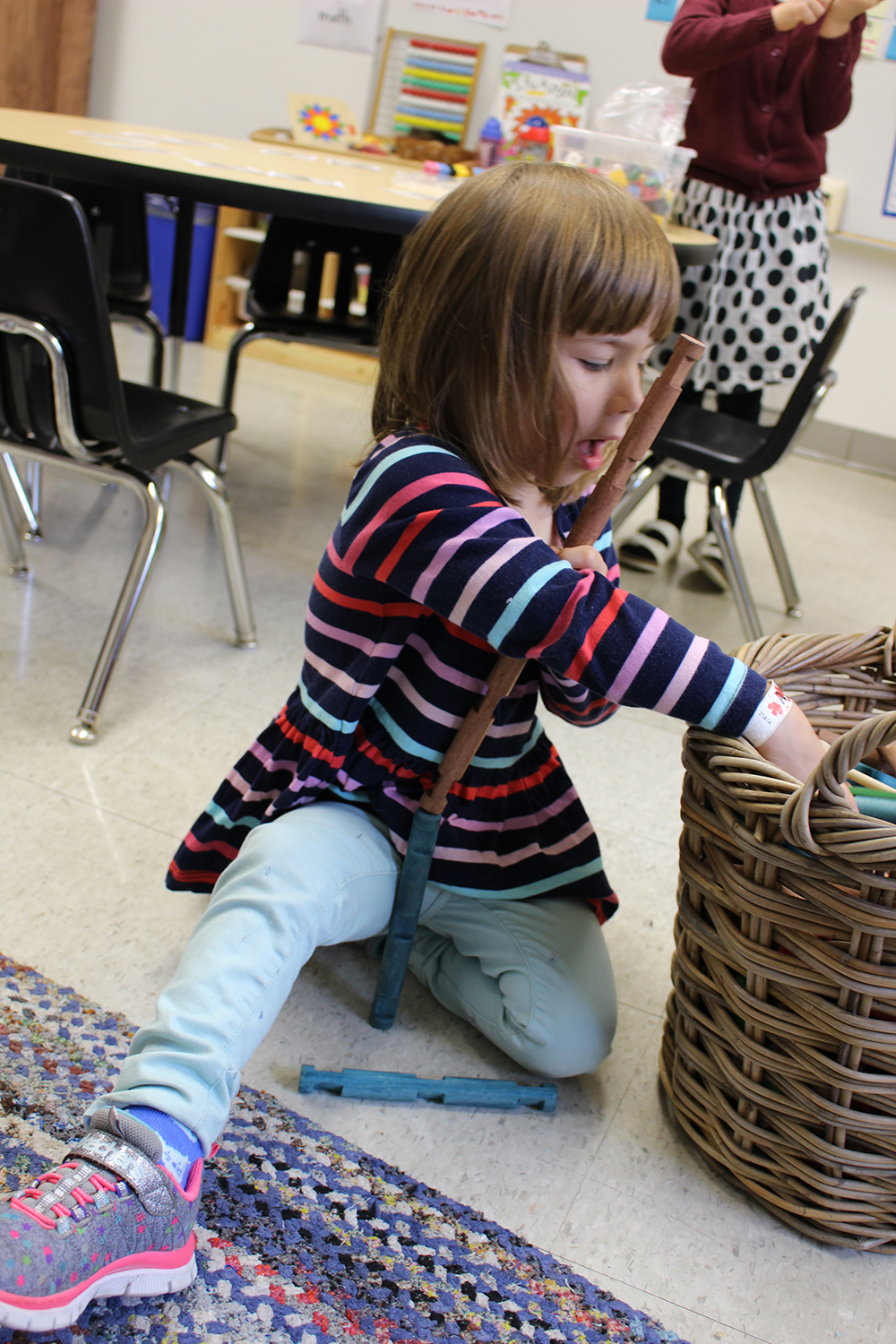 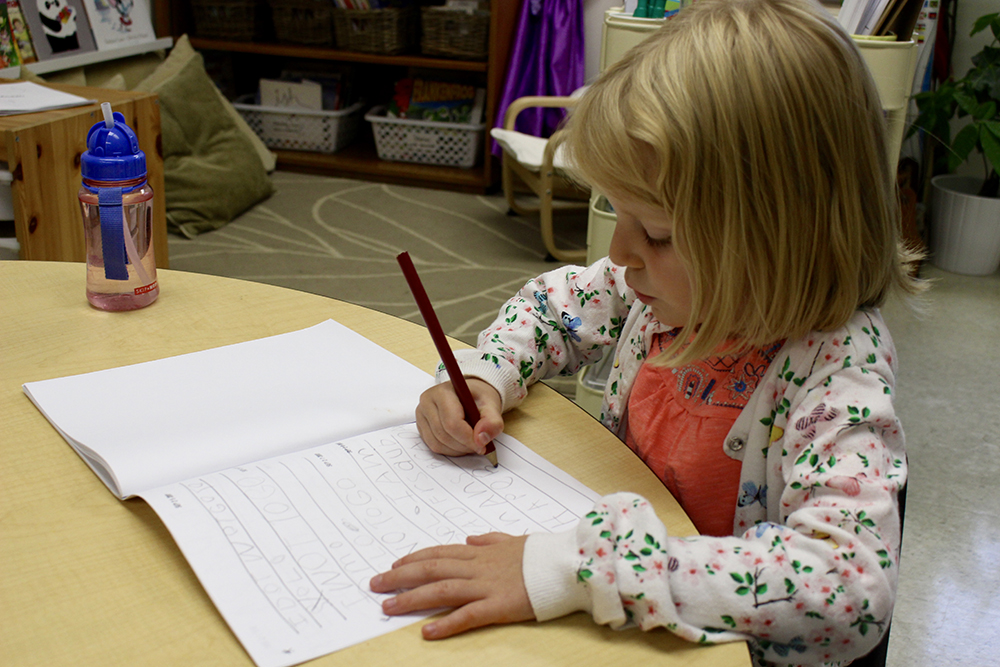 So I was writing my story in pencil. - G

She was writing. - P 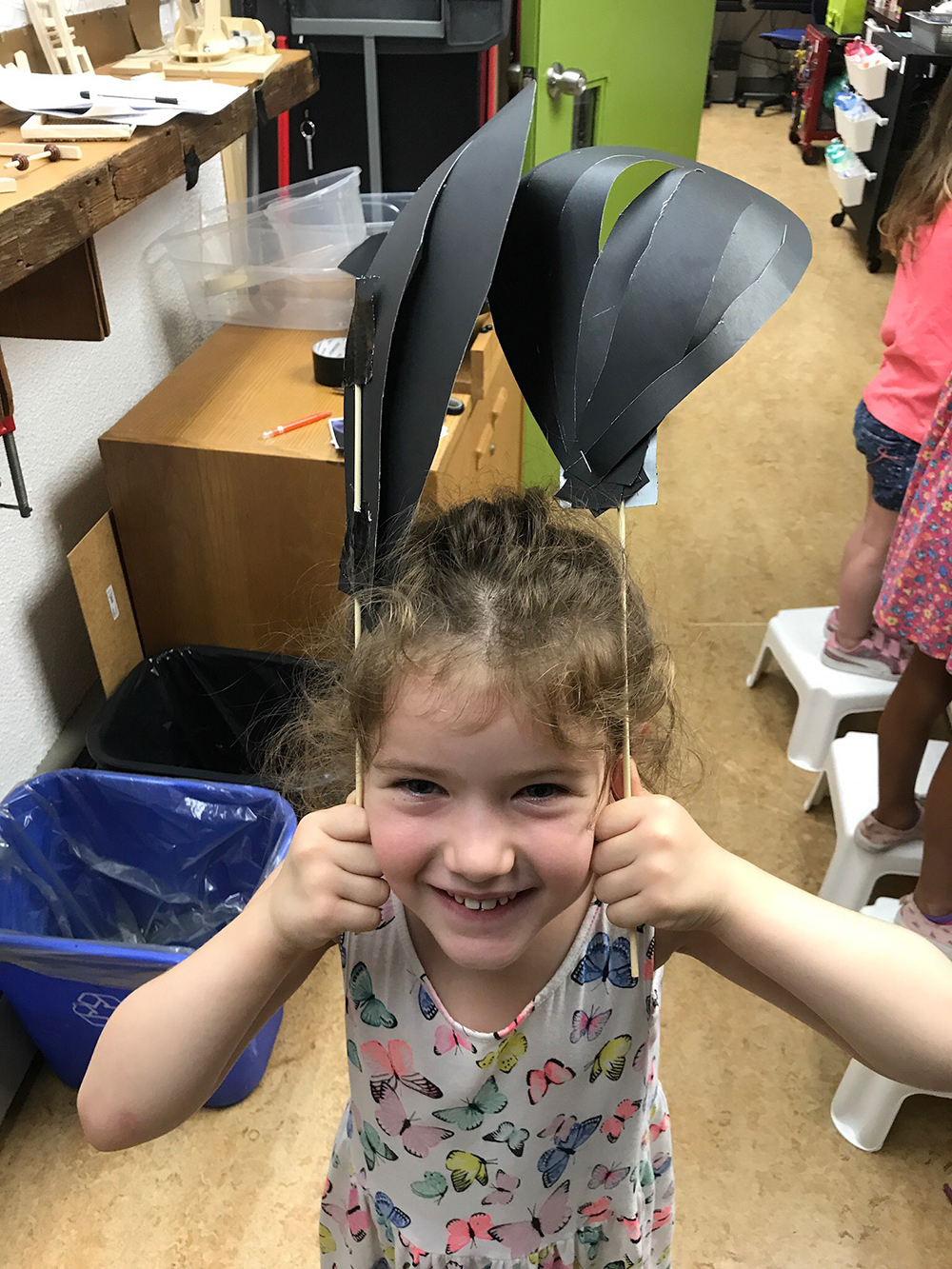 I had a butterfly dress and I was plugging my ears and listening to things. And I made my own. How great is that. I loved it and I loved making it. - K 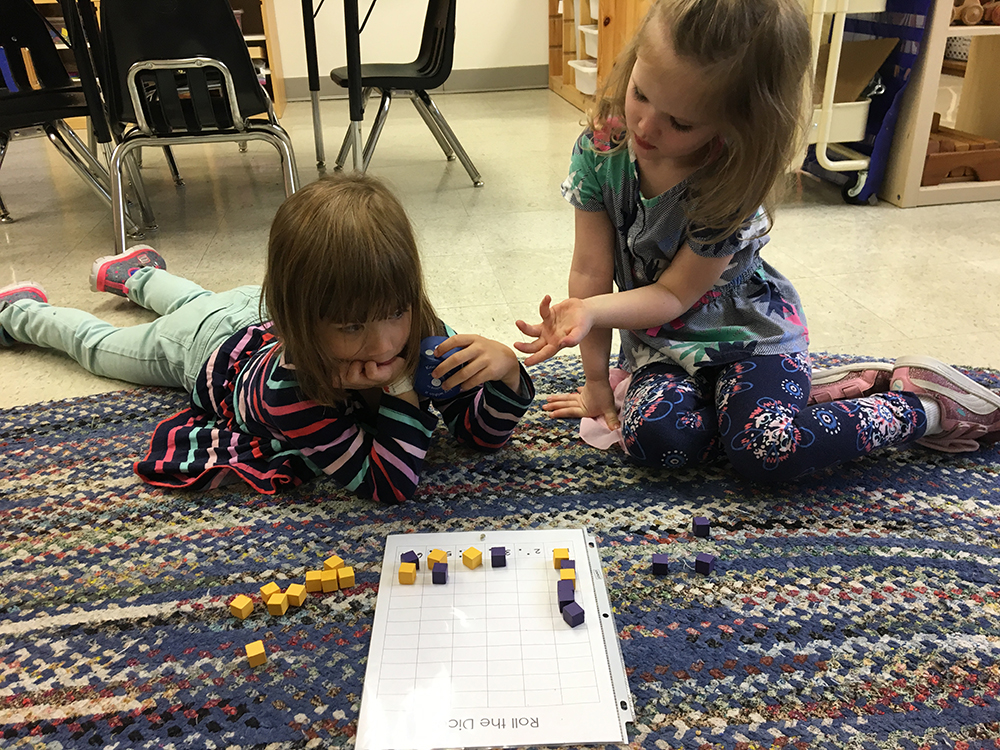 A had the yellow ones and I had the purple ones and that was it. We were playing a game and when me and A winned and that’s the end. - P

We were playing with the blocks and then I was using yellow and P was using purple. Then we were making a pattern and we were doing a game. - A 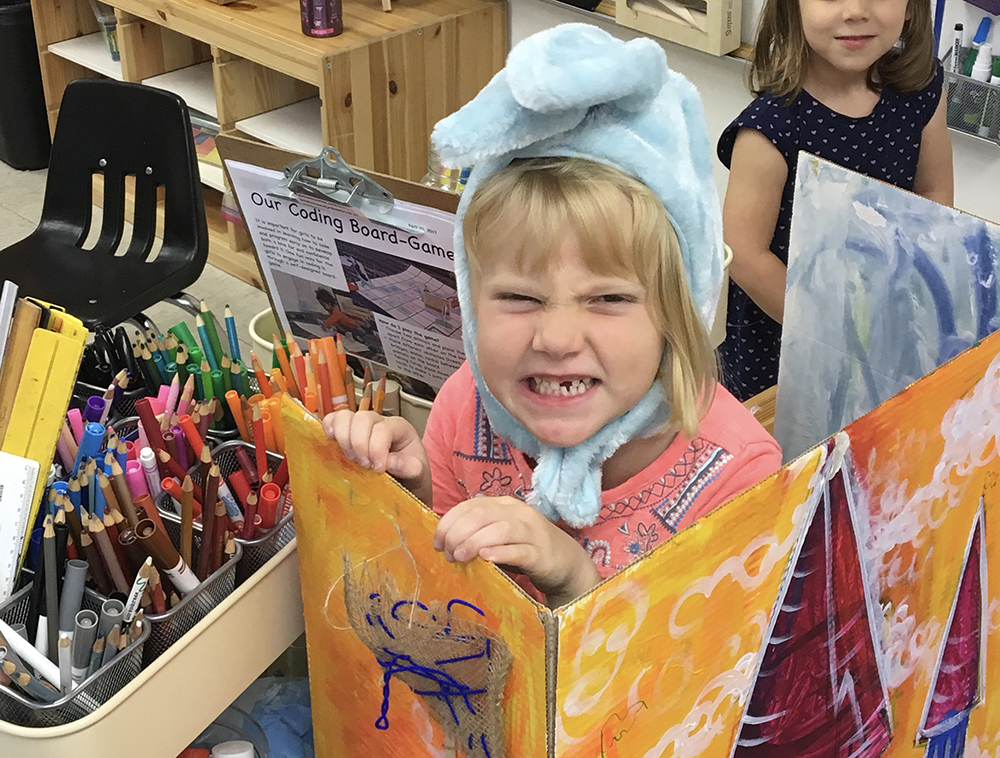 So I was taking care of her and I gave her a hundred thousand dollars. Also, she was being my pet and she destroyed everything. And I letted her stay but she was bad so she went out. - K 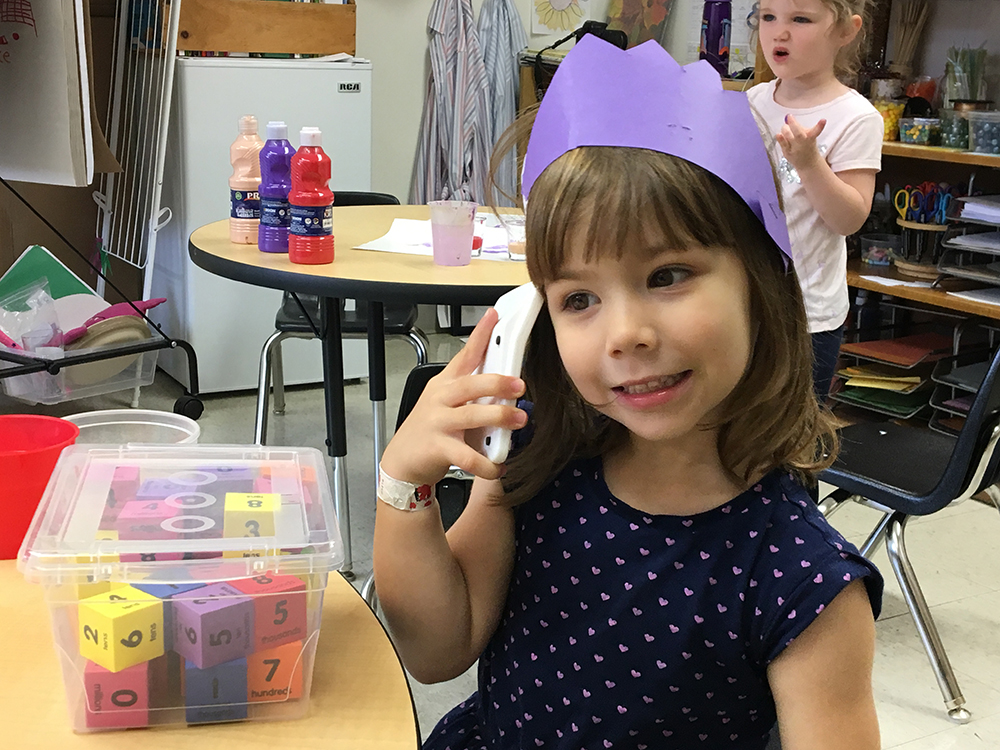 Today I was building with the number blocks and I was playing with everything on that shelf, then I was using the cubes. - A