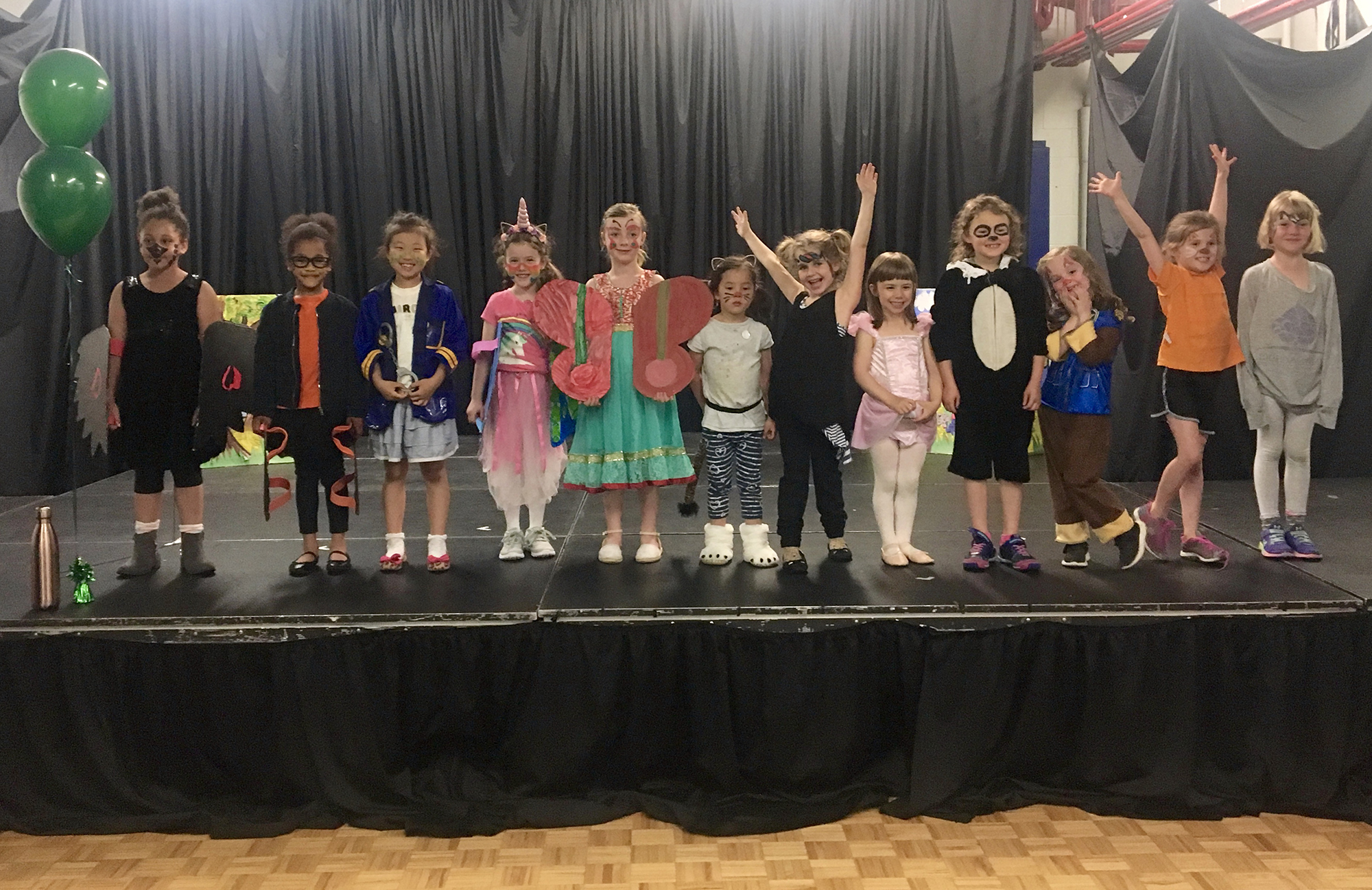 This week's blog is brought to you by the voices and perspectives of the Early Learners. Enjoy! 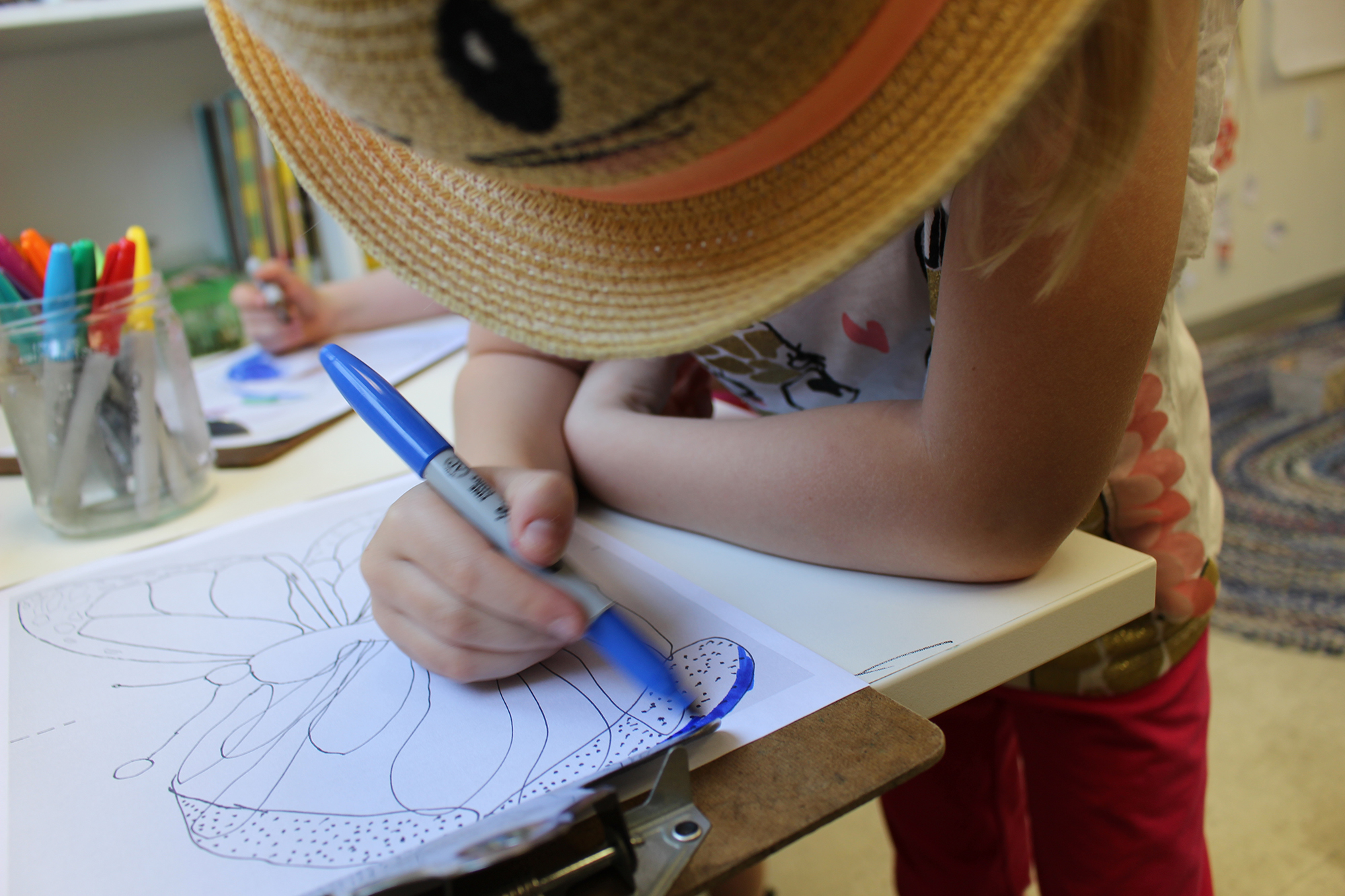 "I was in the back and you can’t see my face because I was drawing. G was drawing a beautiful butterfly. We tried to make butterflies and mine was a beautiful colour.” – P 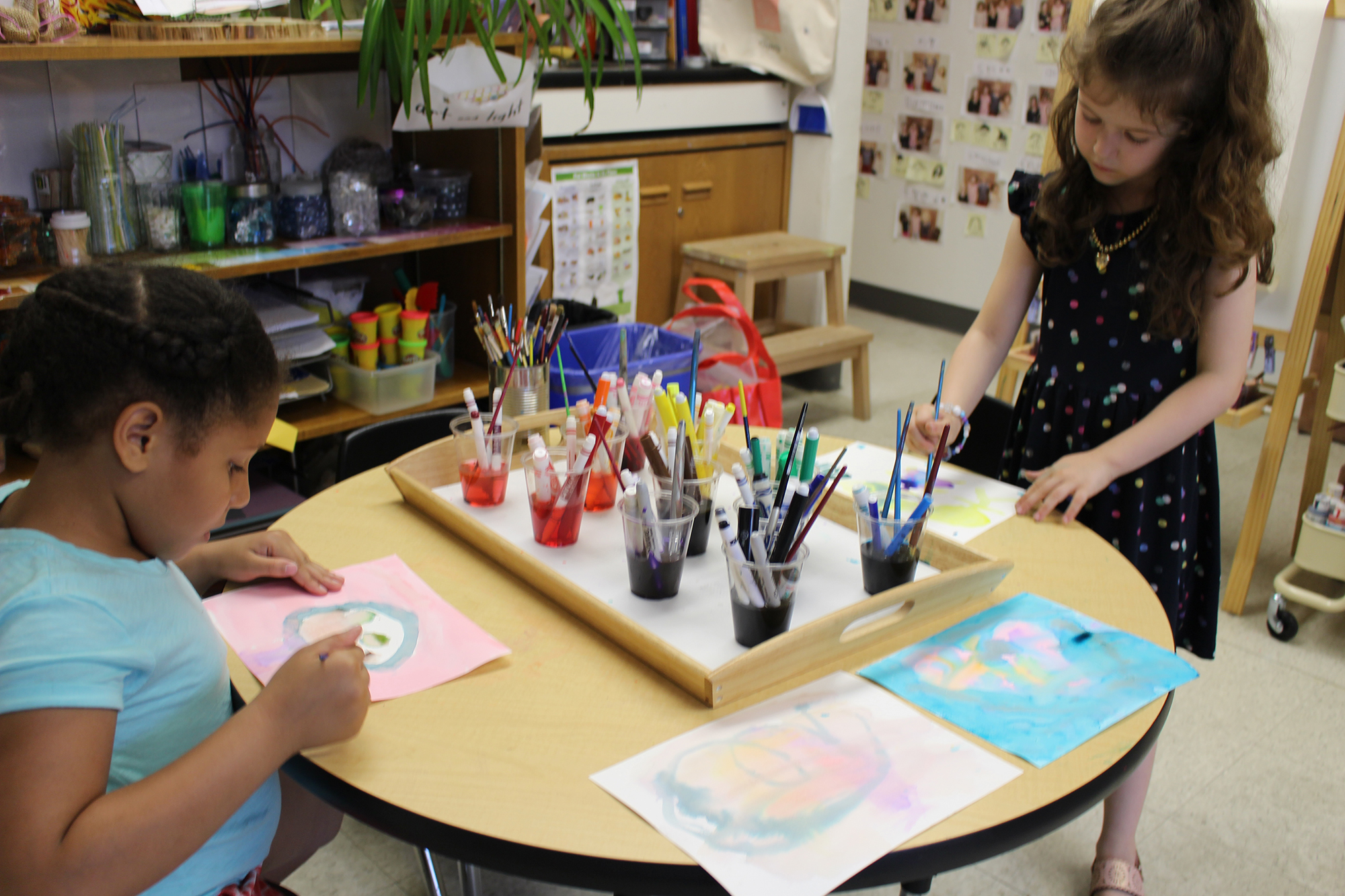 "We were painting by water and ink. Savannah made paints with ink. I made [a picture of] me blushing. I was really impressed with myself.” – AH

“I was painting drawings and I didn’t really want to throw them out because I loved them so much.” – K 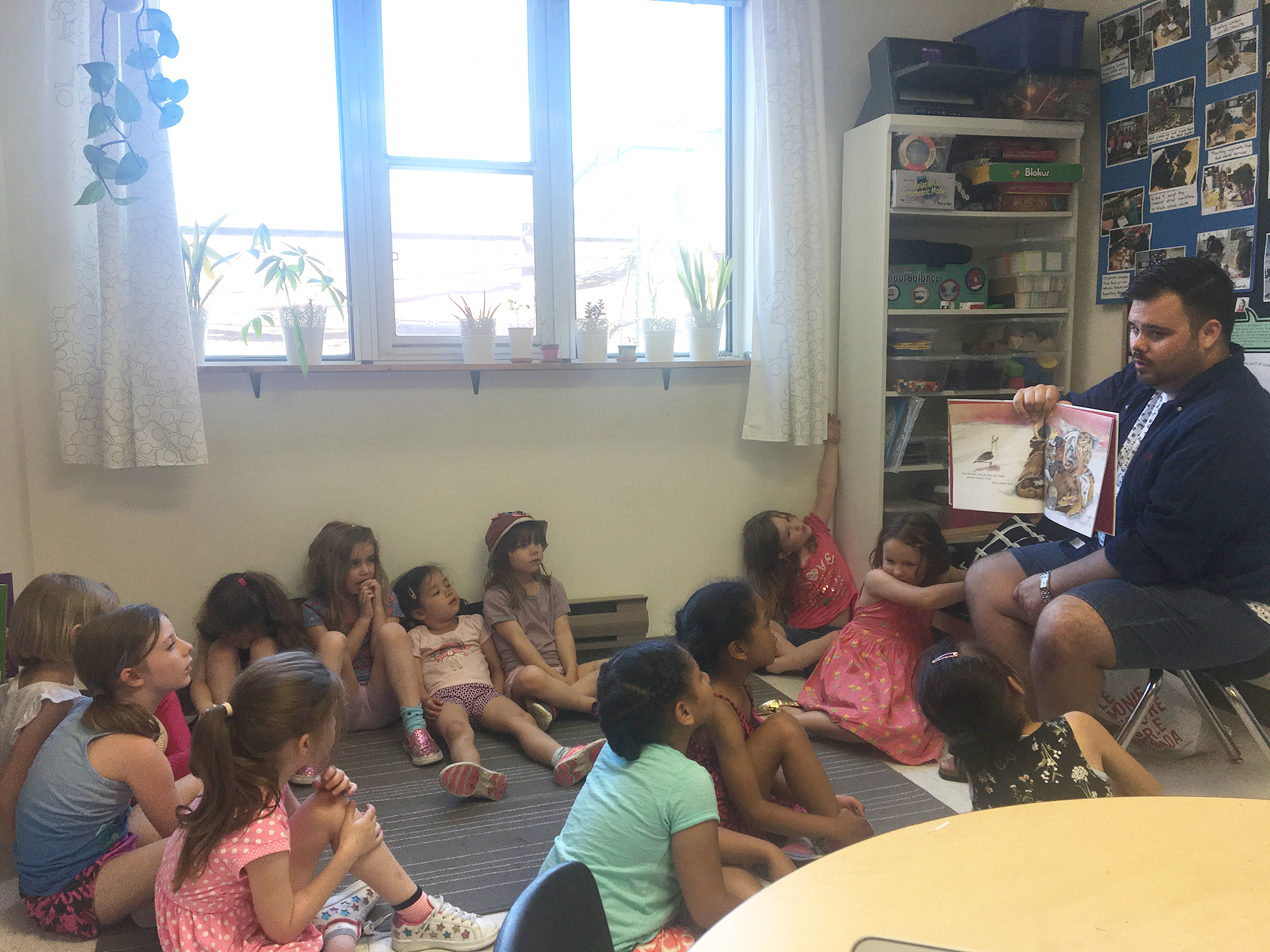 "Ryan was reading a book to us about animals. We were listening to it. I was putting my hand up and Ryan looked around.” – PK

“We were all sitting in a triangle, not really a circle. Ryan was reading something about animals taking care of a child. We had lots of fun.” – AH 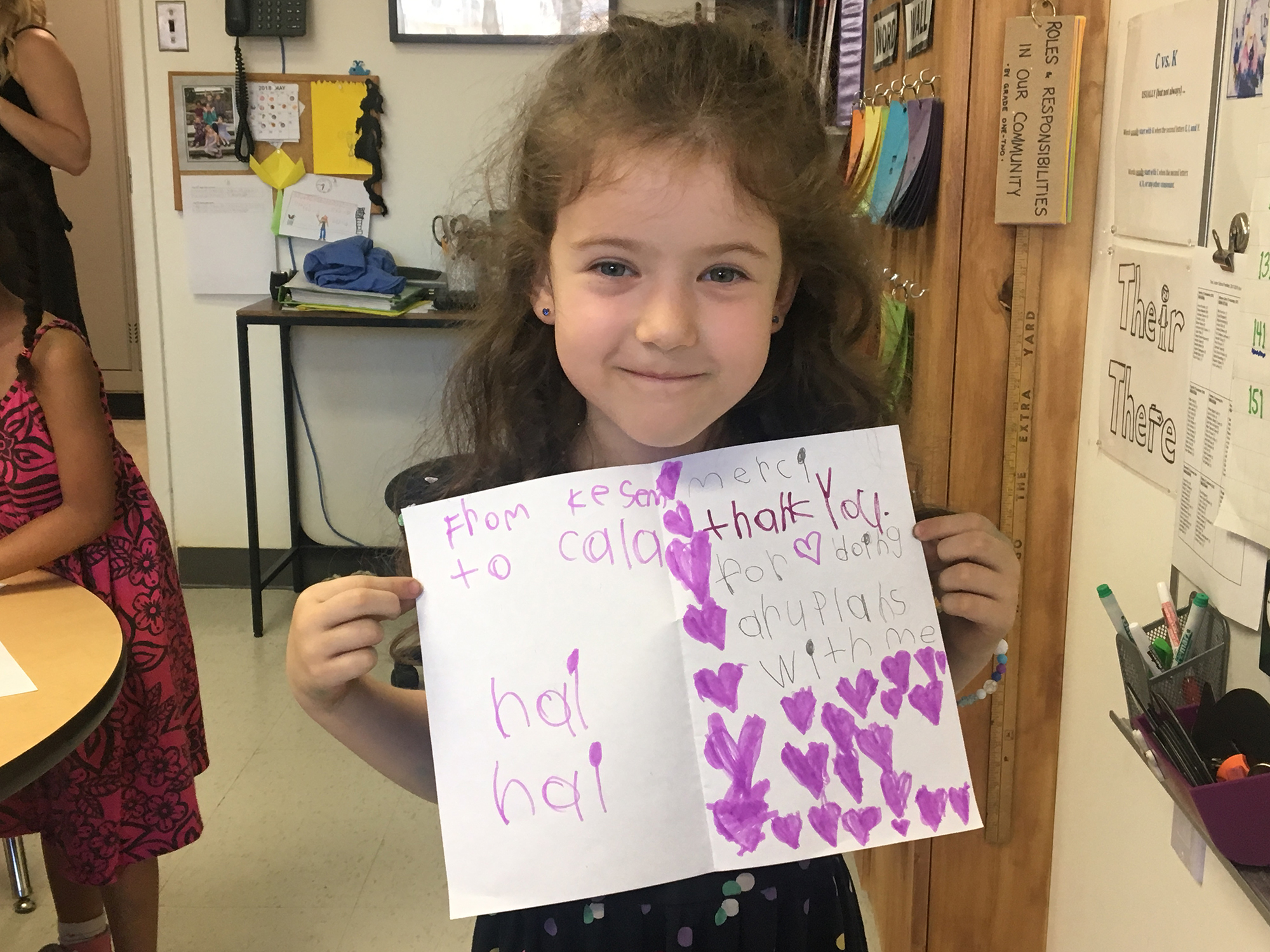 "I was making a card and I used the language that said “hai hai”. I said “merci, thank you for doing airplanes with me.” “Hai hai” means thank you in a different language.” 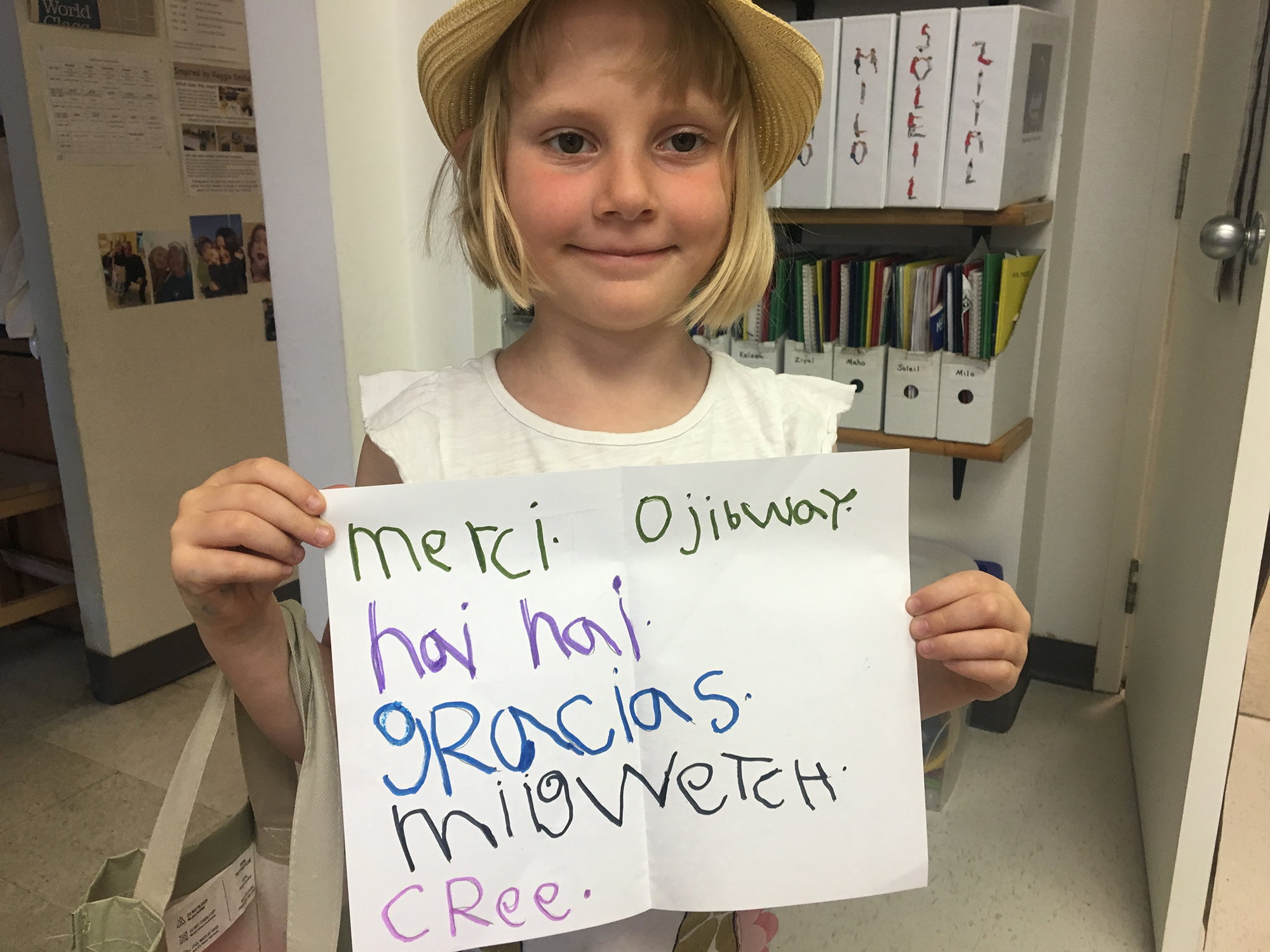 "G wrote “thank you” using many different languages, some which we learned from Ryan this morning.” – Savannah 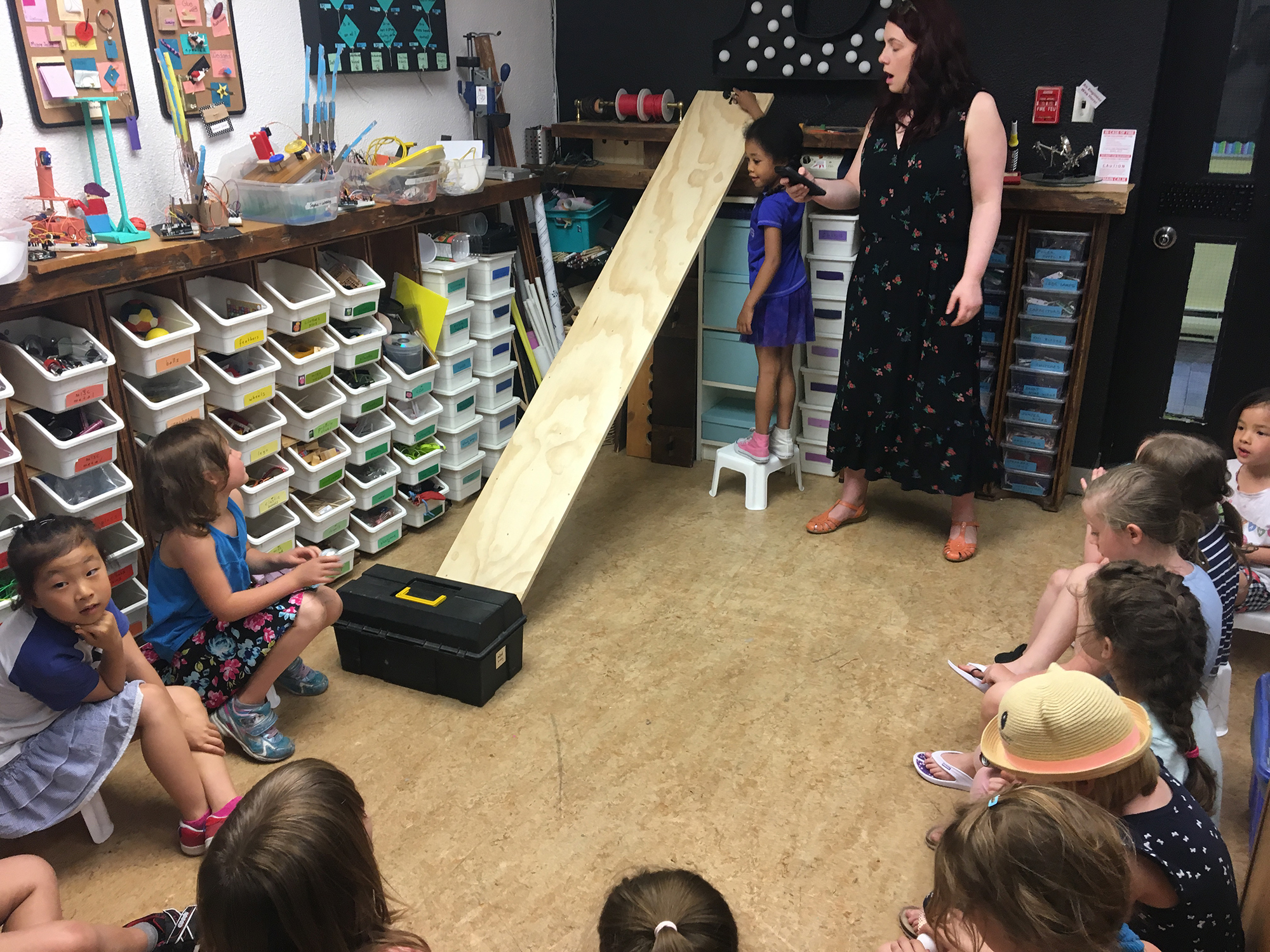 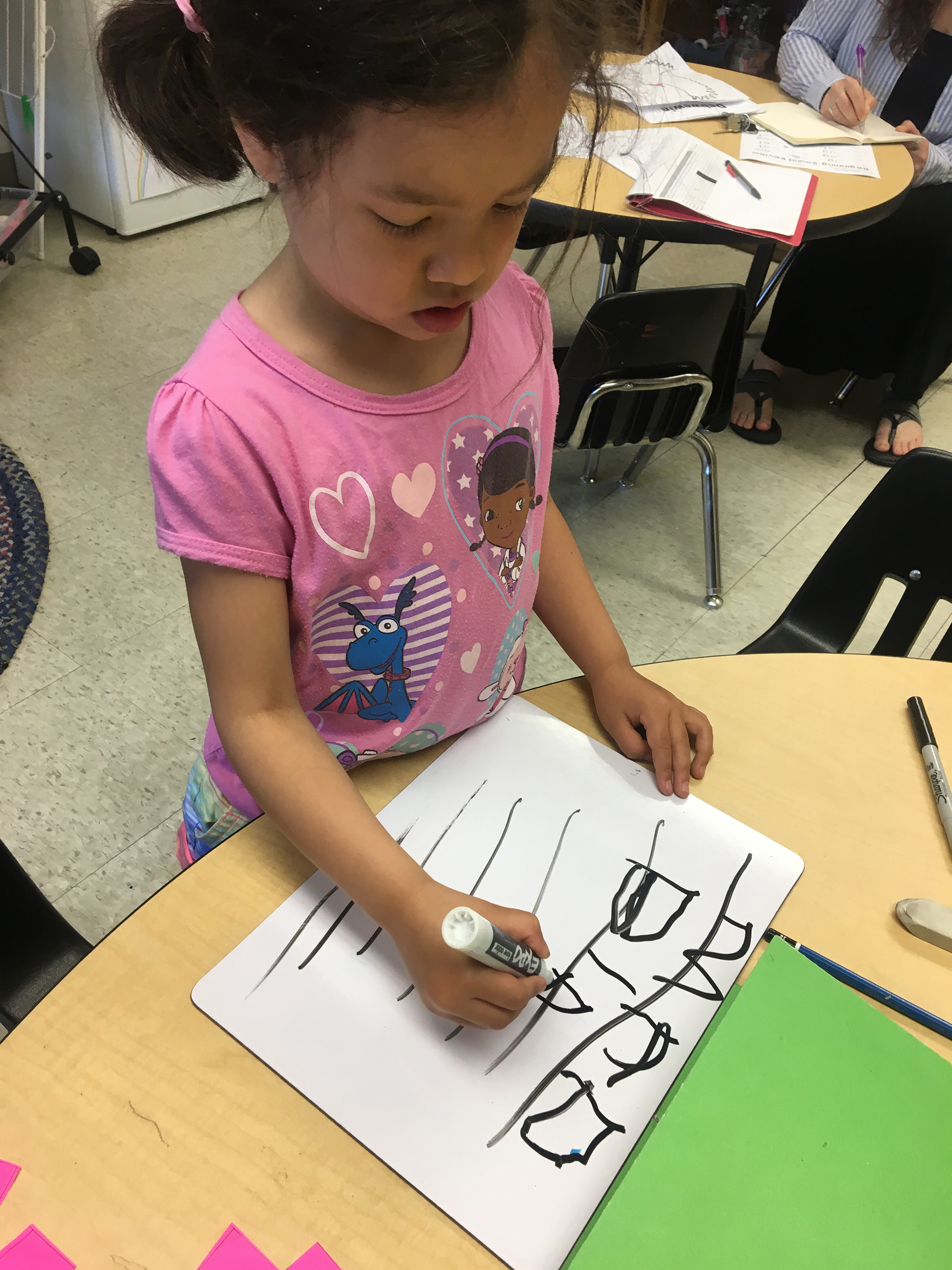 "N was writing some words on the table. She was writing letters on a practice board and she was using a marker.” – N 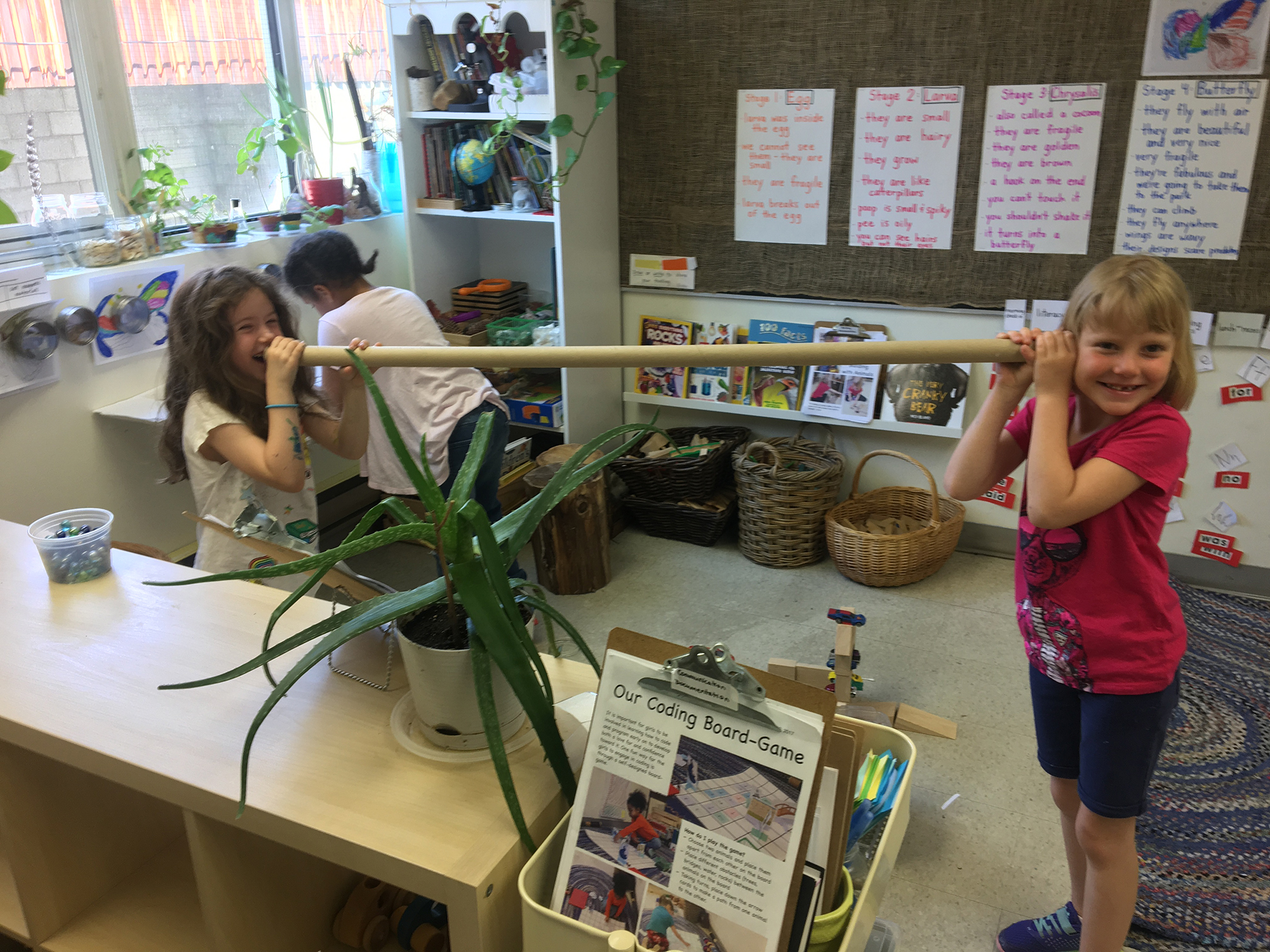 "AH was in the back making something at Discovery. I was yelling something into the tube and G was listening.” – K 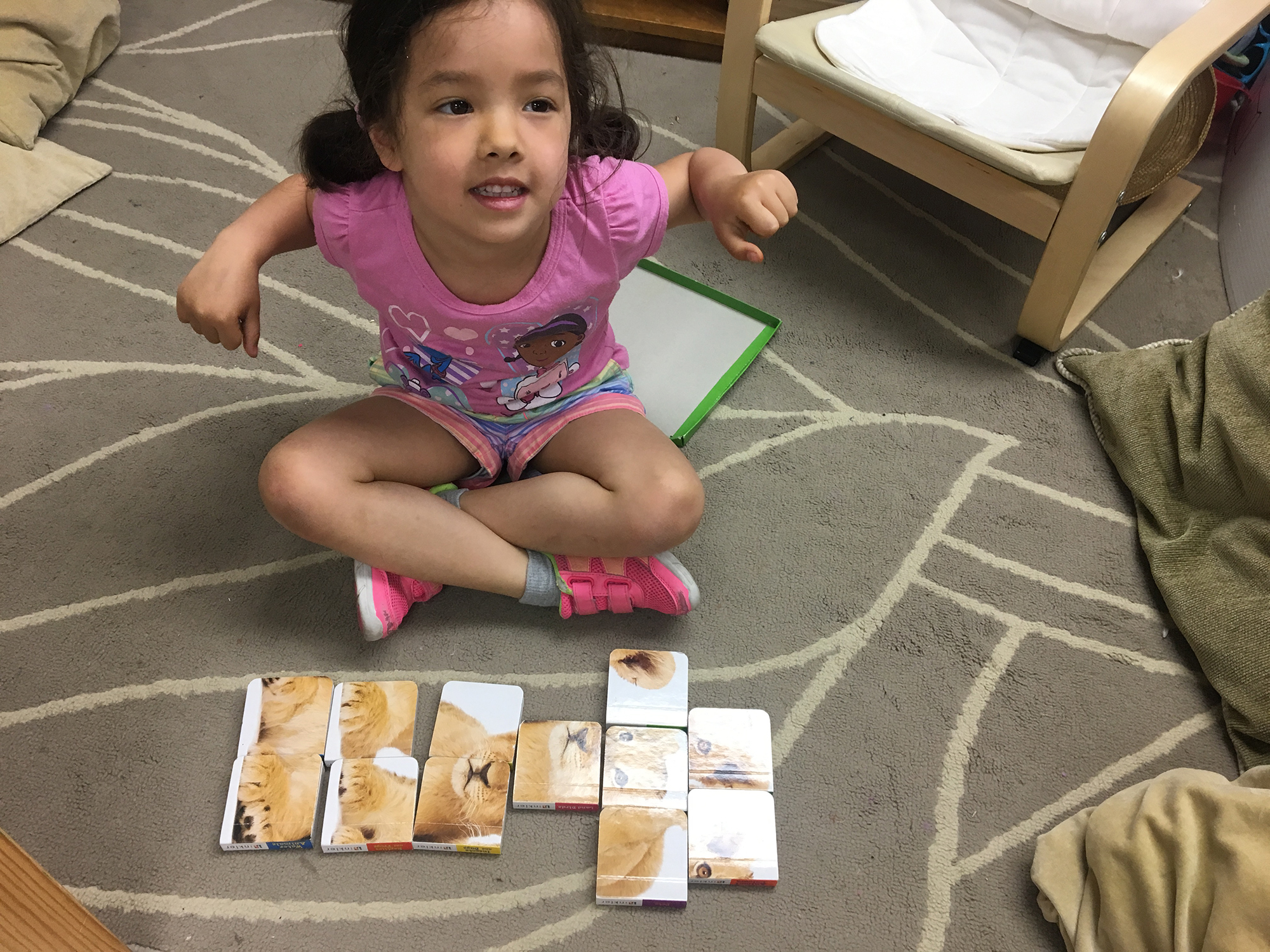 "I was building a puzzle with the lions toes and the lions face. I was sitting next to it.” – N 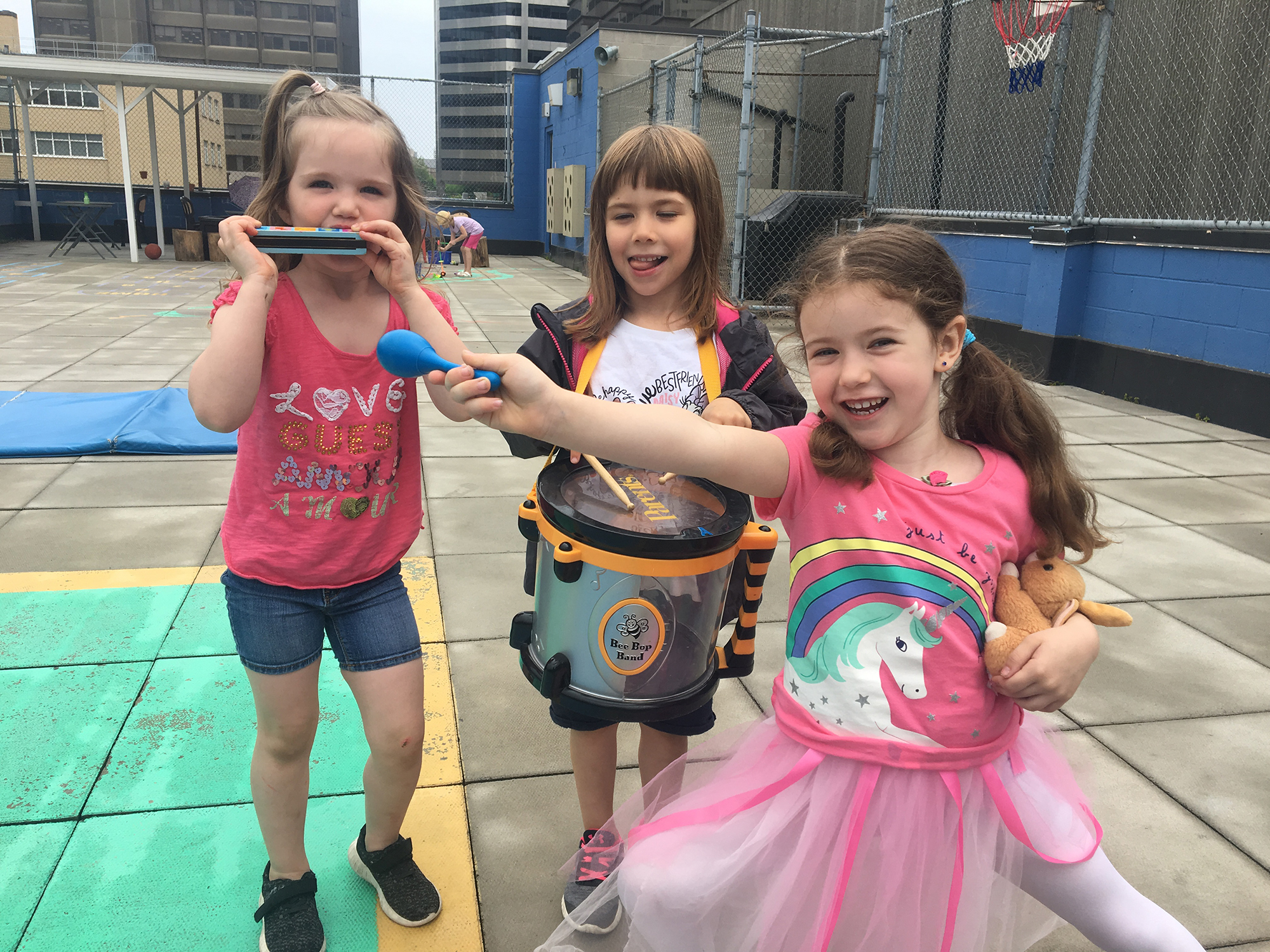 “I liked how K had a rainbow unicorn shirt and a little cute bunny.” – AH 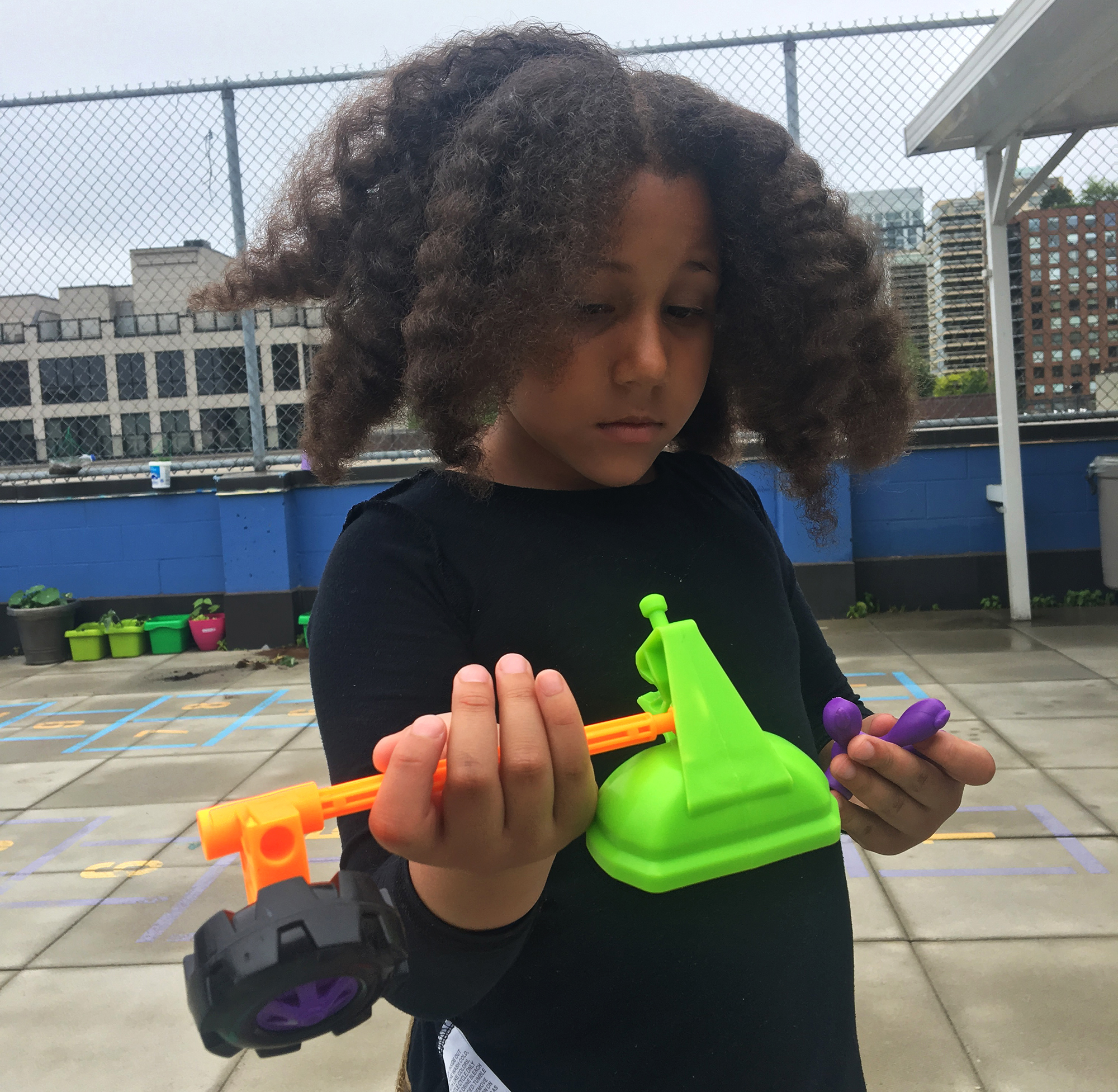 "AH is making something with our tools that we have and then she was trying to build something. The play was today and she was wearing her costume.” – K

“I was making something random. I was trying to make what other people made. That day I had my hair out for the play.” – AH 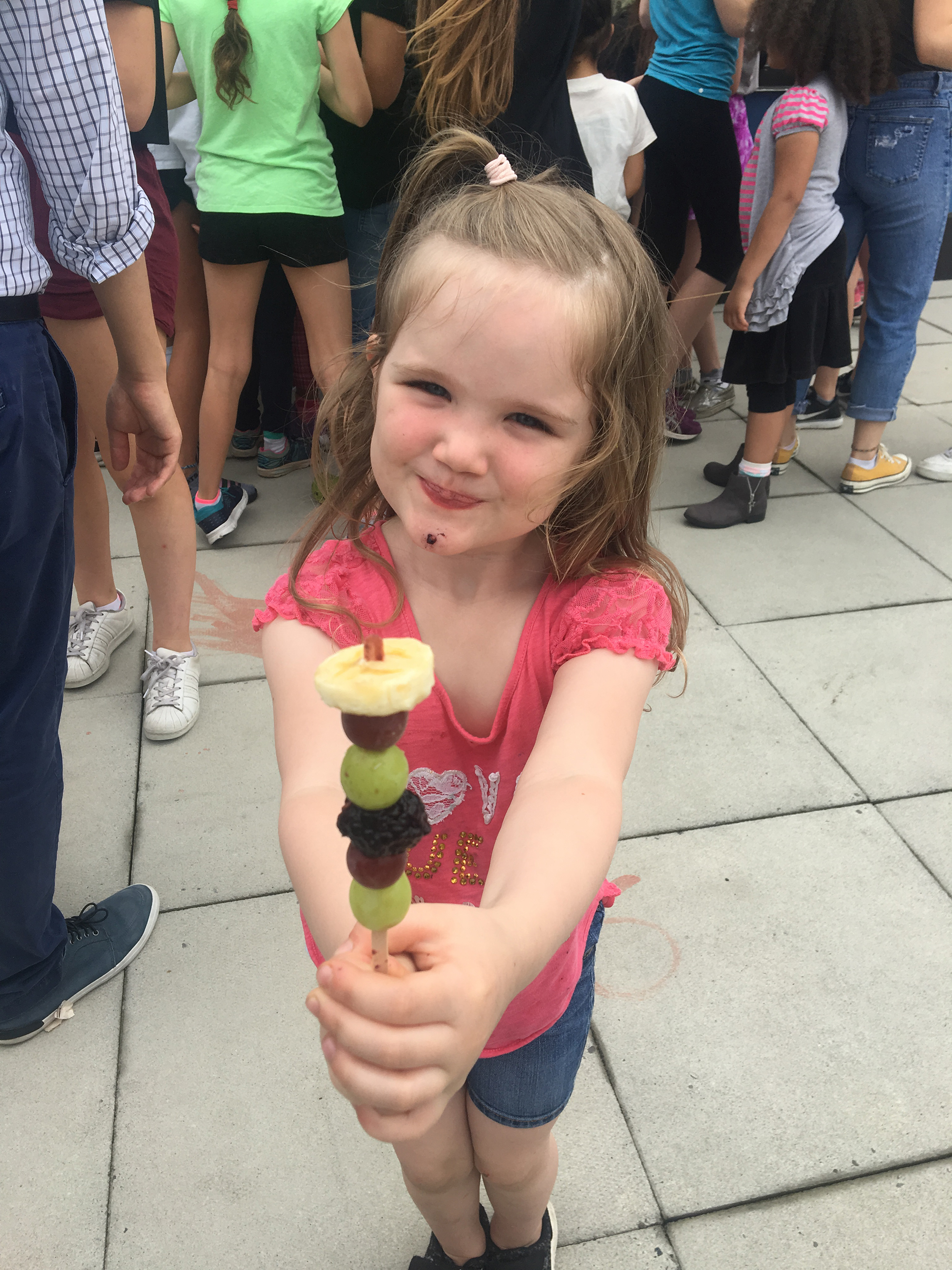 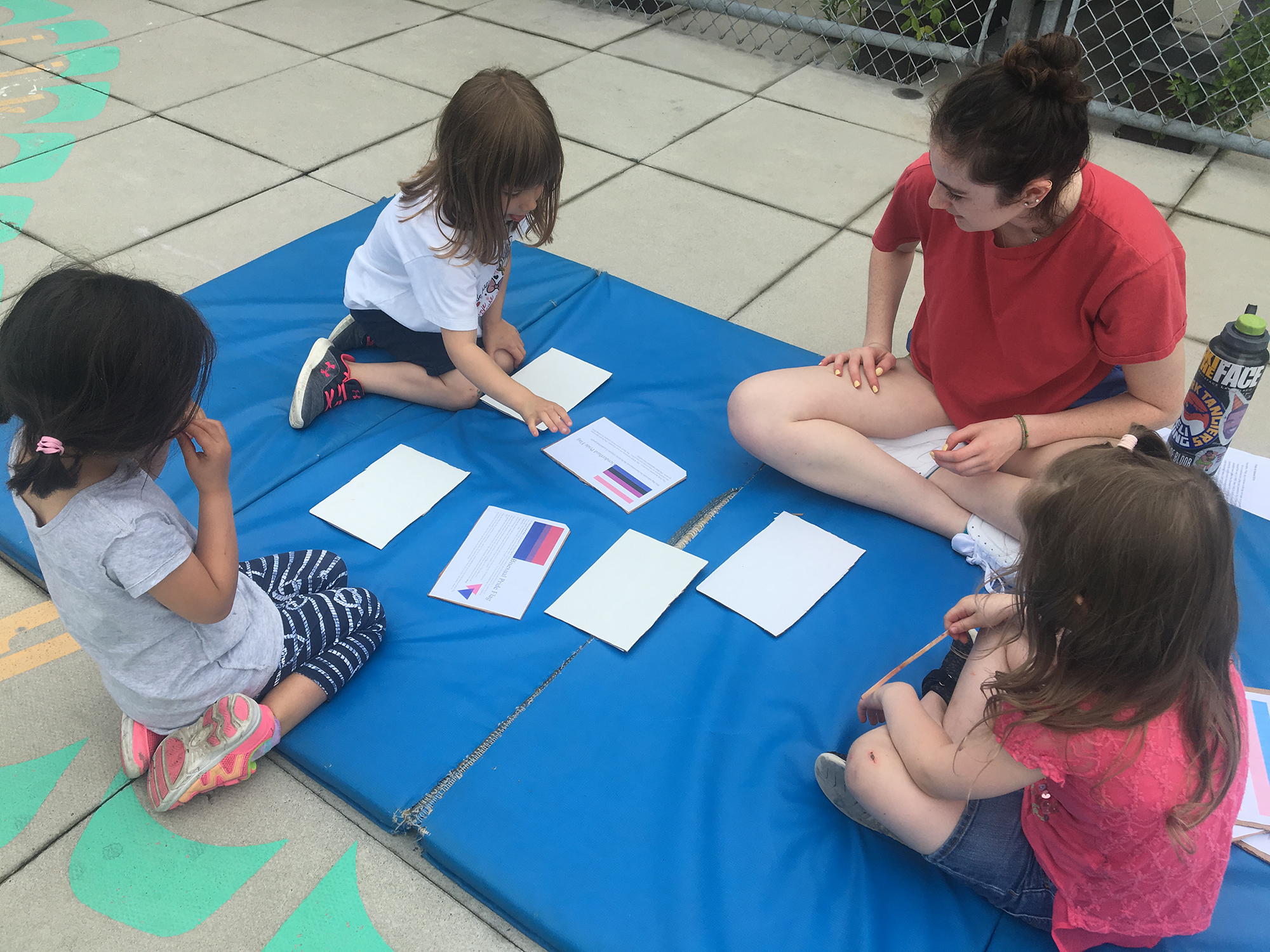 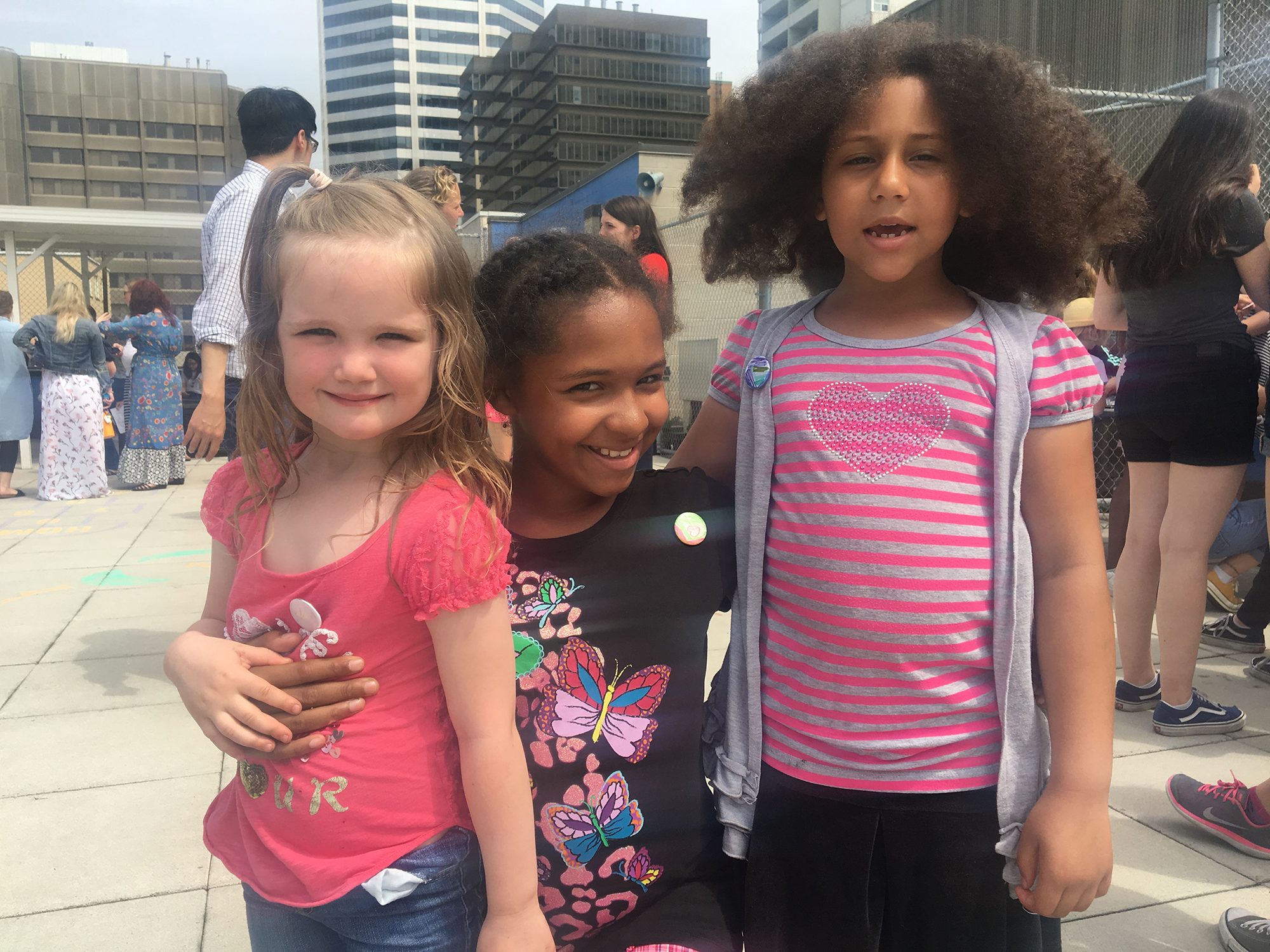 "Me and D and AH were having a picture and I was sitting on D. We made buttons and I got my button to keep.” – P 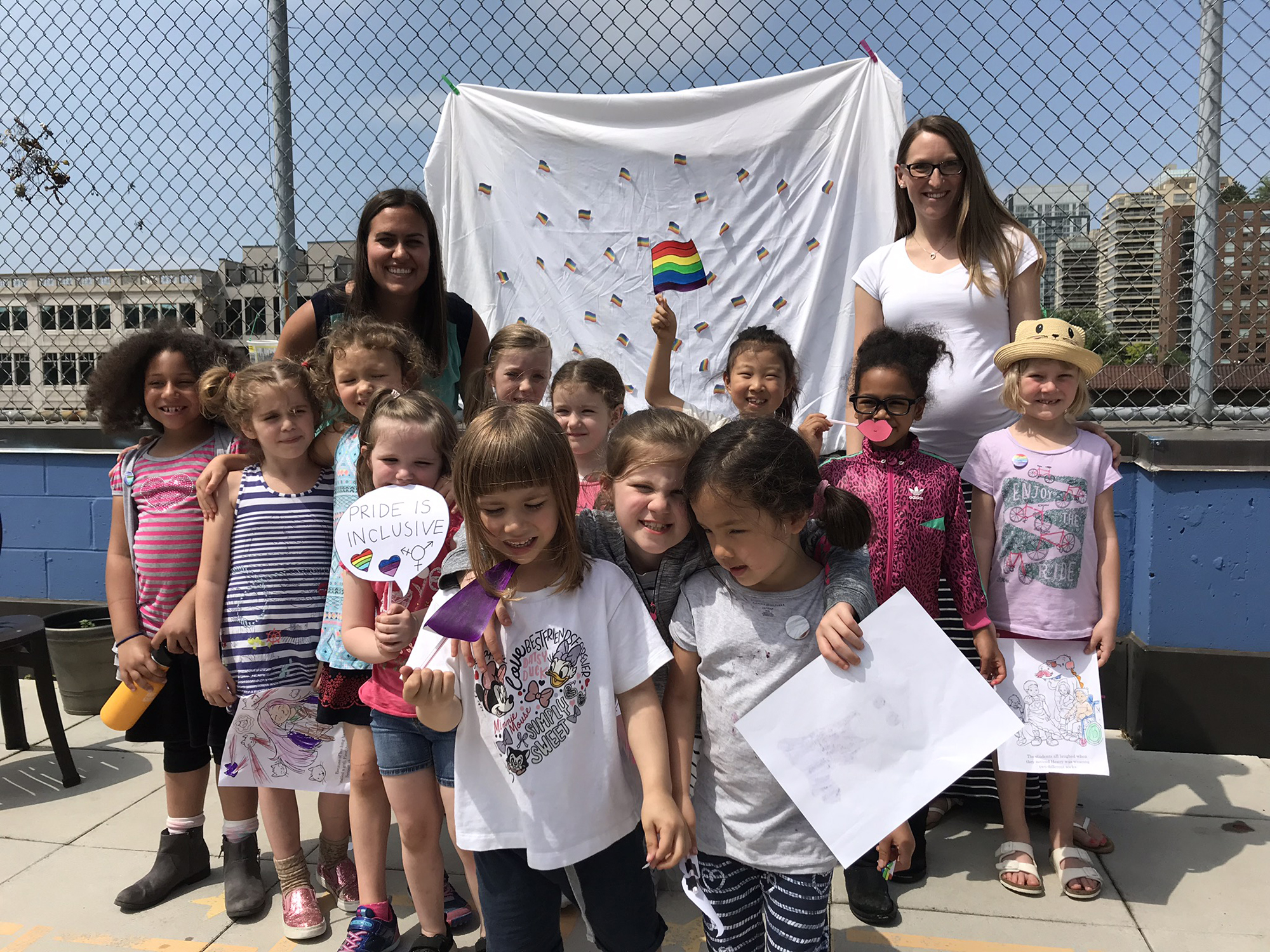 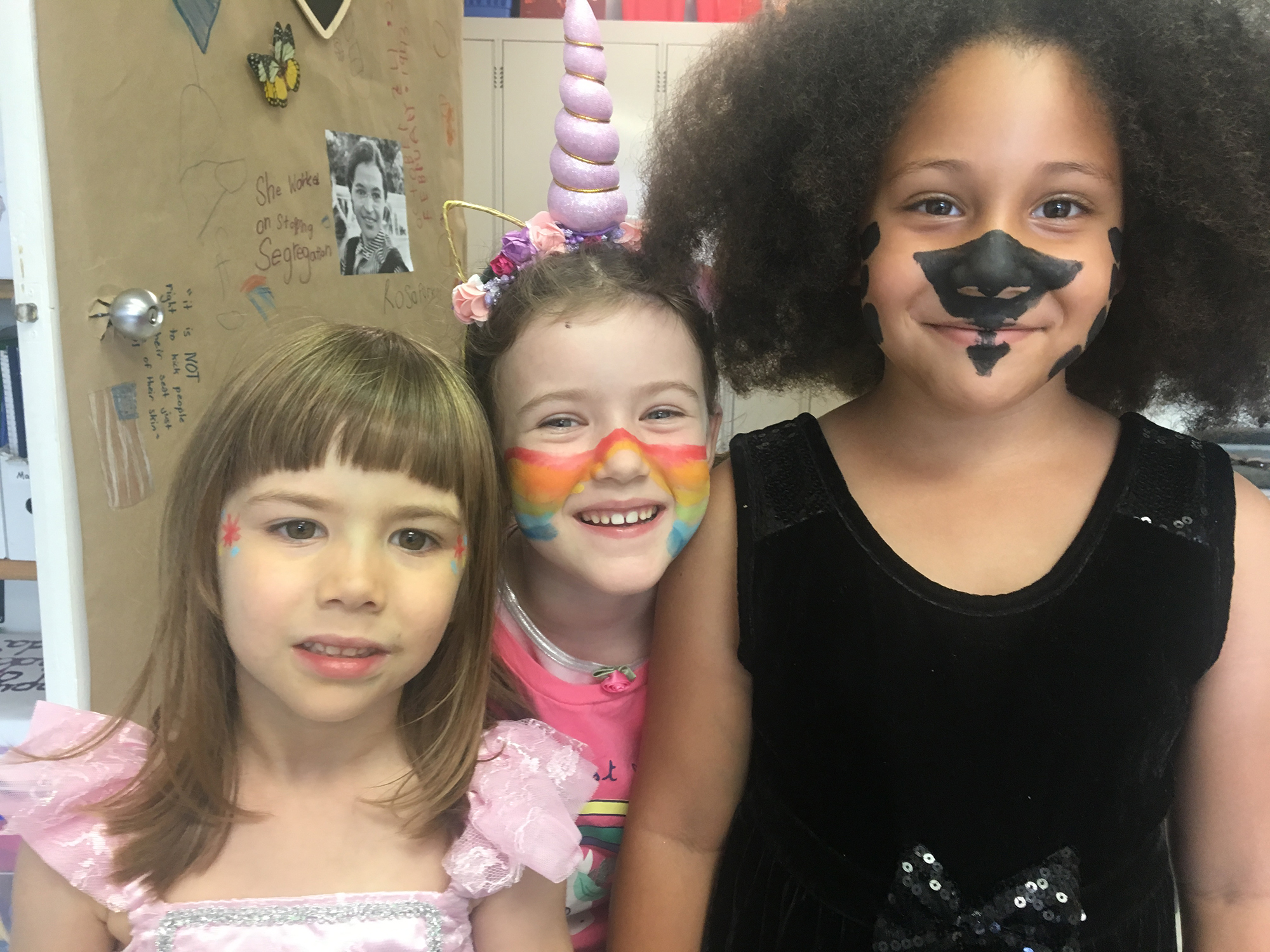 "I was a raven and K was a unicorn and AK was a ballerina. I had black on my face and K had rainbow on her face and AK had sparkles on her. We had a lot of fun using face paint.” – AH

“AH was wearing a black dress and black shoes. I was just squeezing in and I was wearing my uniconrn horn. AK was wearing her costume.” – K 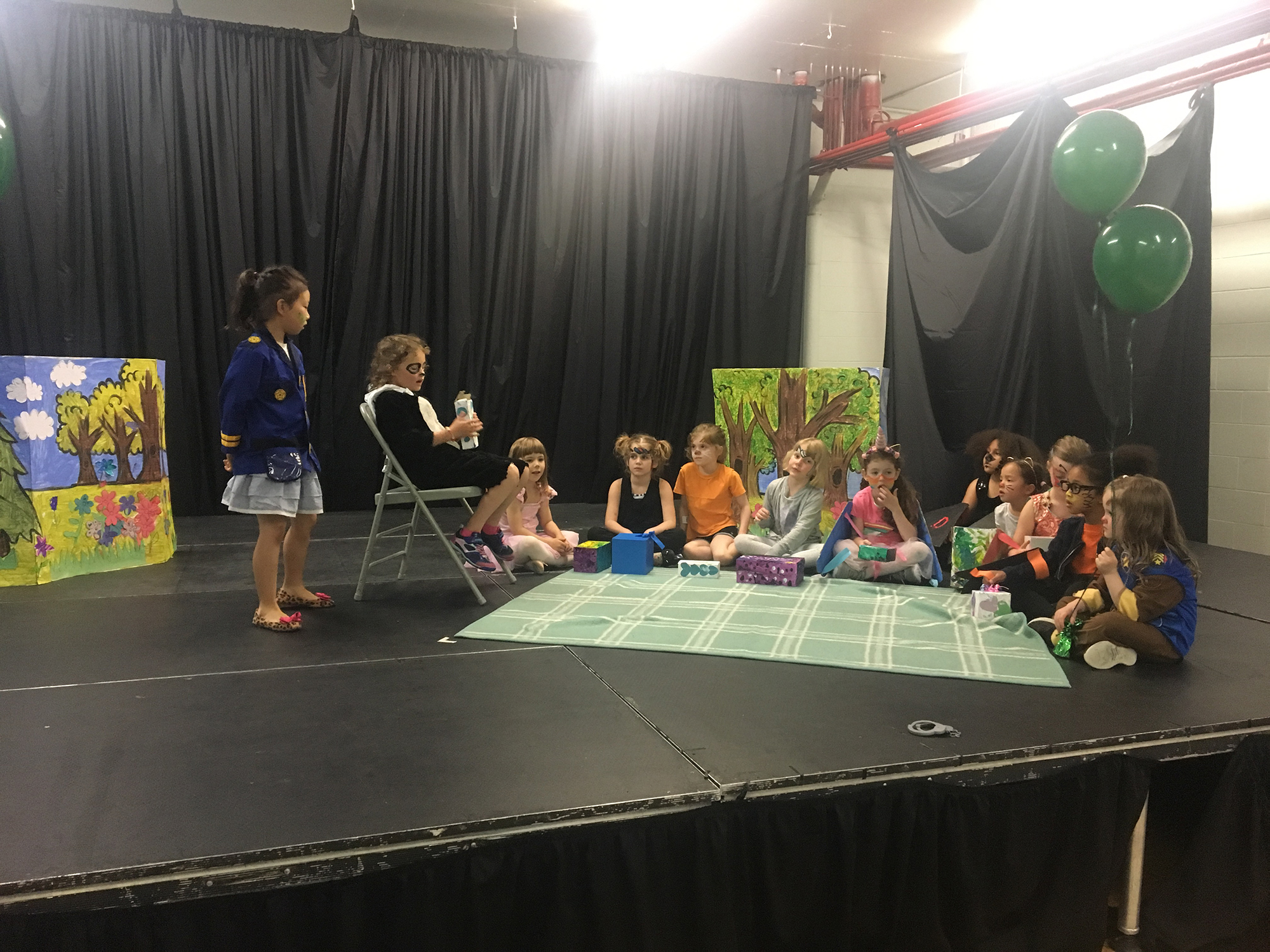 "Everyone was listening to K and she was picking up her present and M was giving the bracelet to her. Everyone was sitting down and I was yawning.” – K 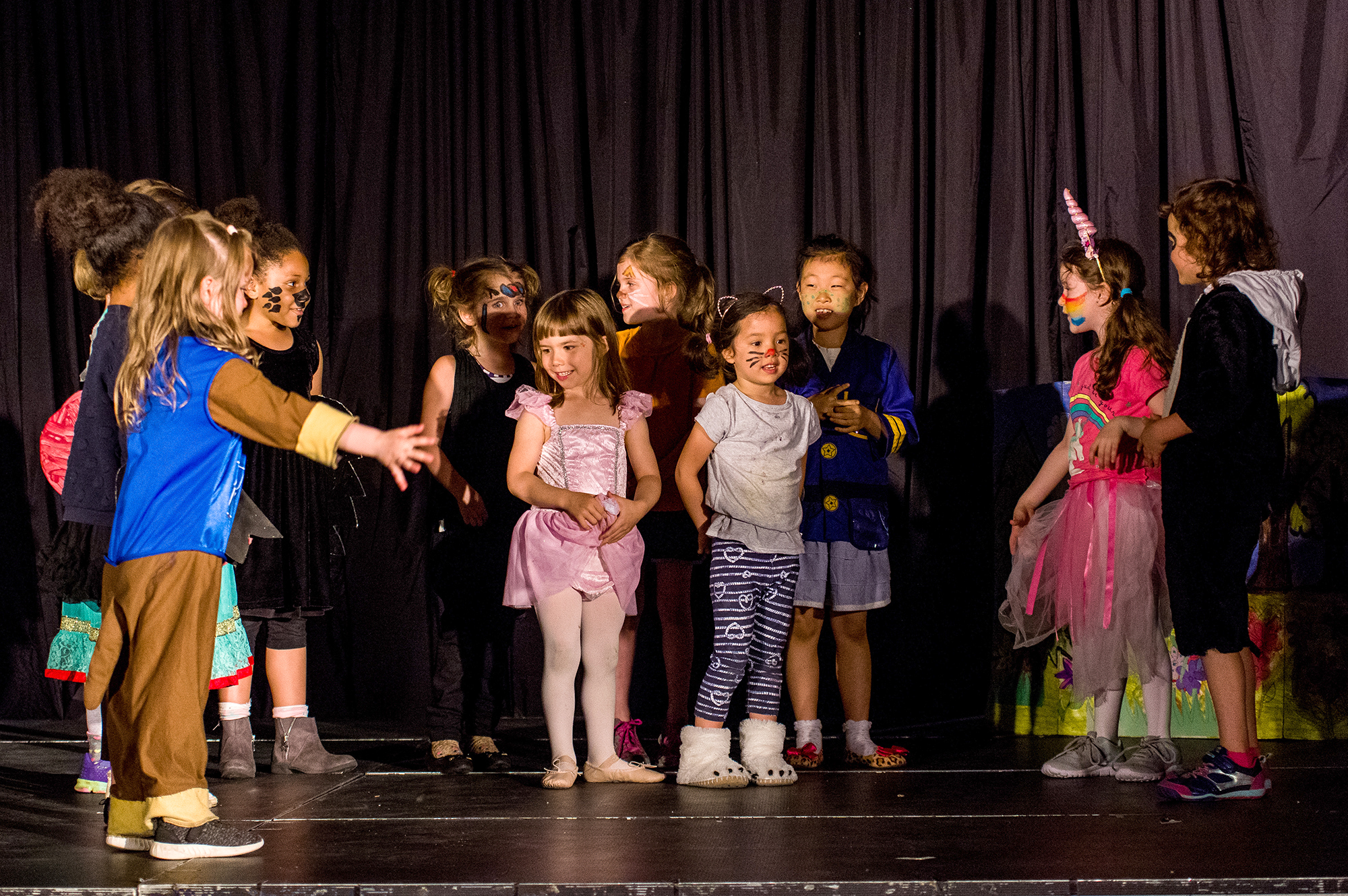 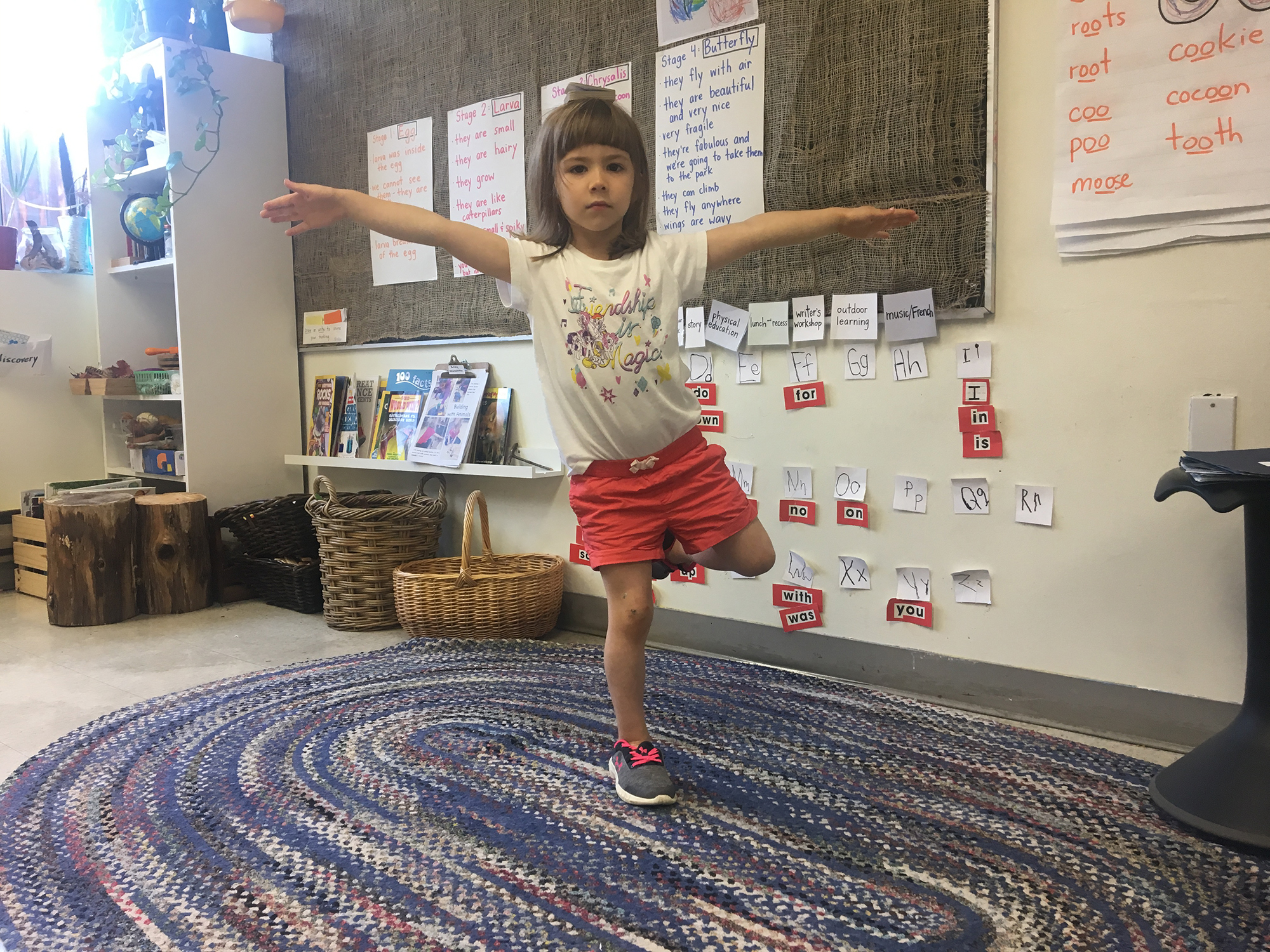 "AK was doing yoga on the carpet when it was learning centres.” – K

“I actually wasn’t doing yoga. I was actually going on one foot and balancing a book on my head.” – AK 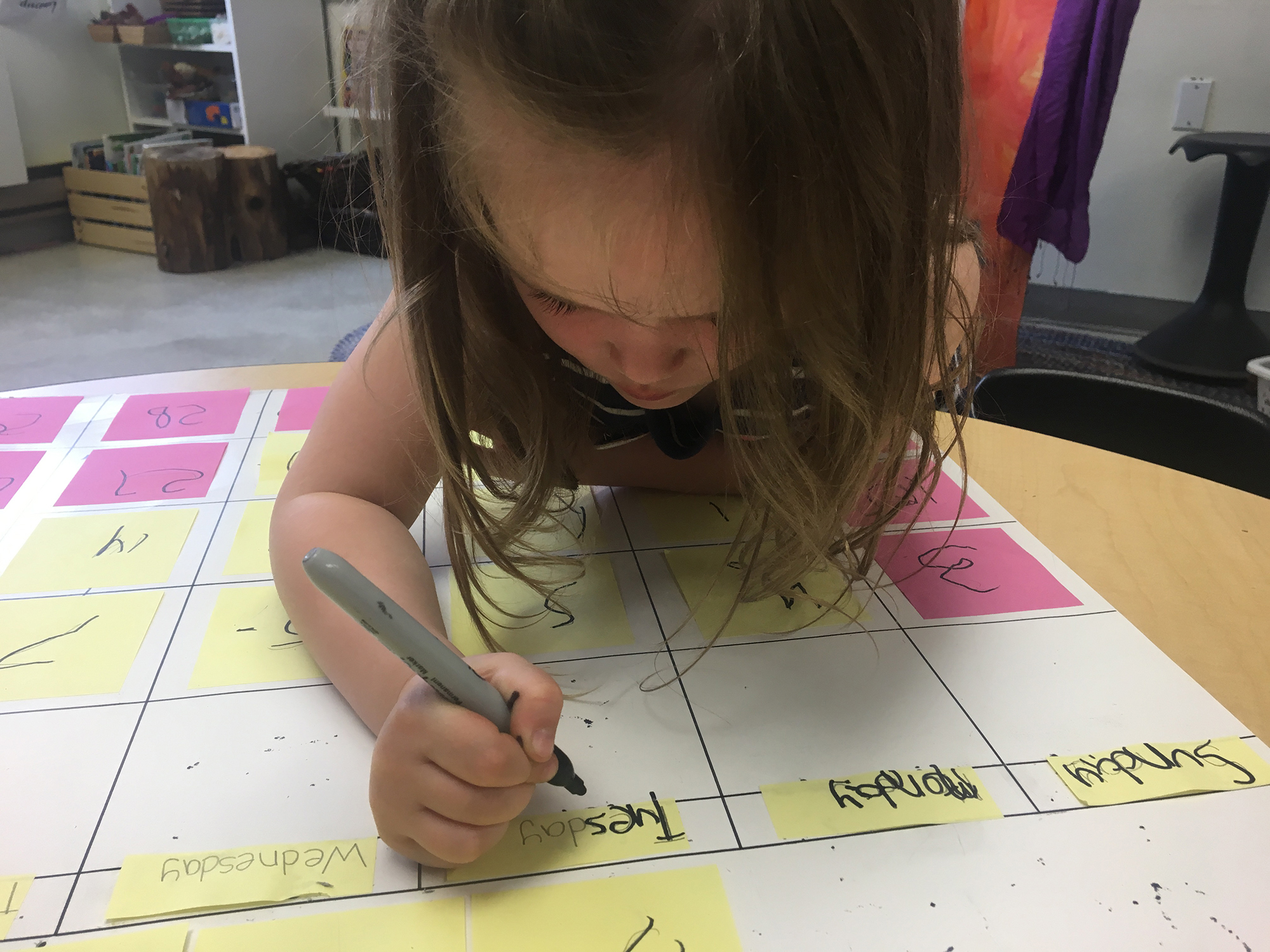 "I was drawing the letters and when I was doing that I was writing about the calendar. Yellow days are in school but pink days are weekends. Savannah was out of blue [post-its] so we used pink.” – P 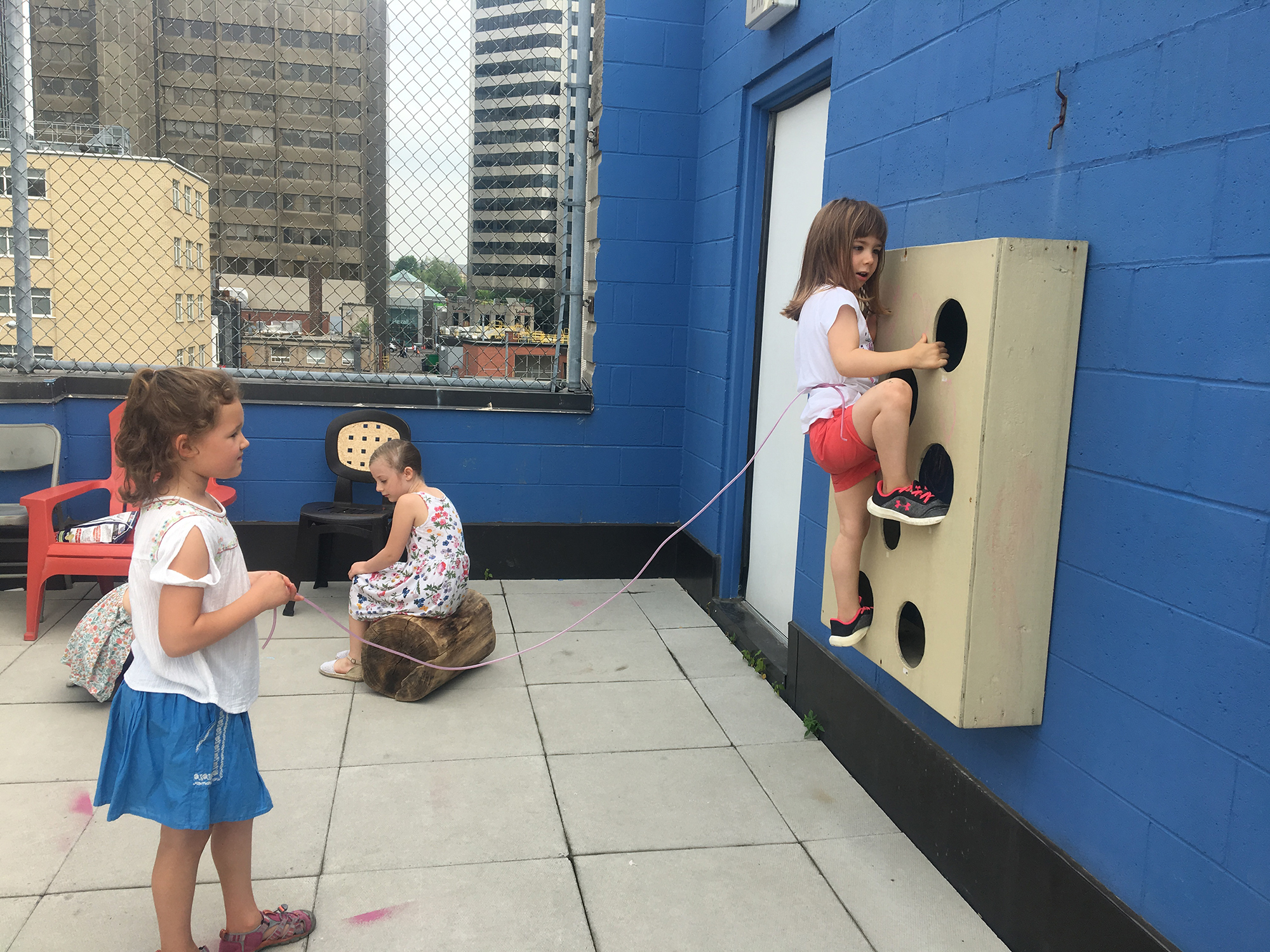 "K and me were playing rock climbing and K tied a skipping rope to me. That was my harnerss so I didn’t fall. And I didn’t know how to tie it so that’s why she helped tie it.” – AK