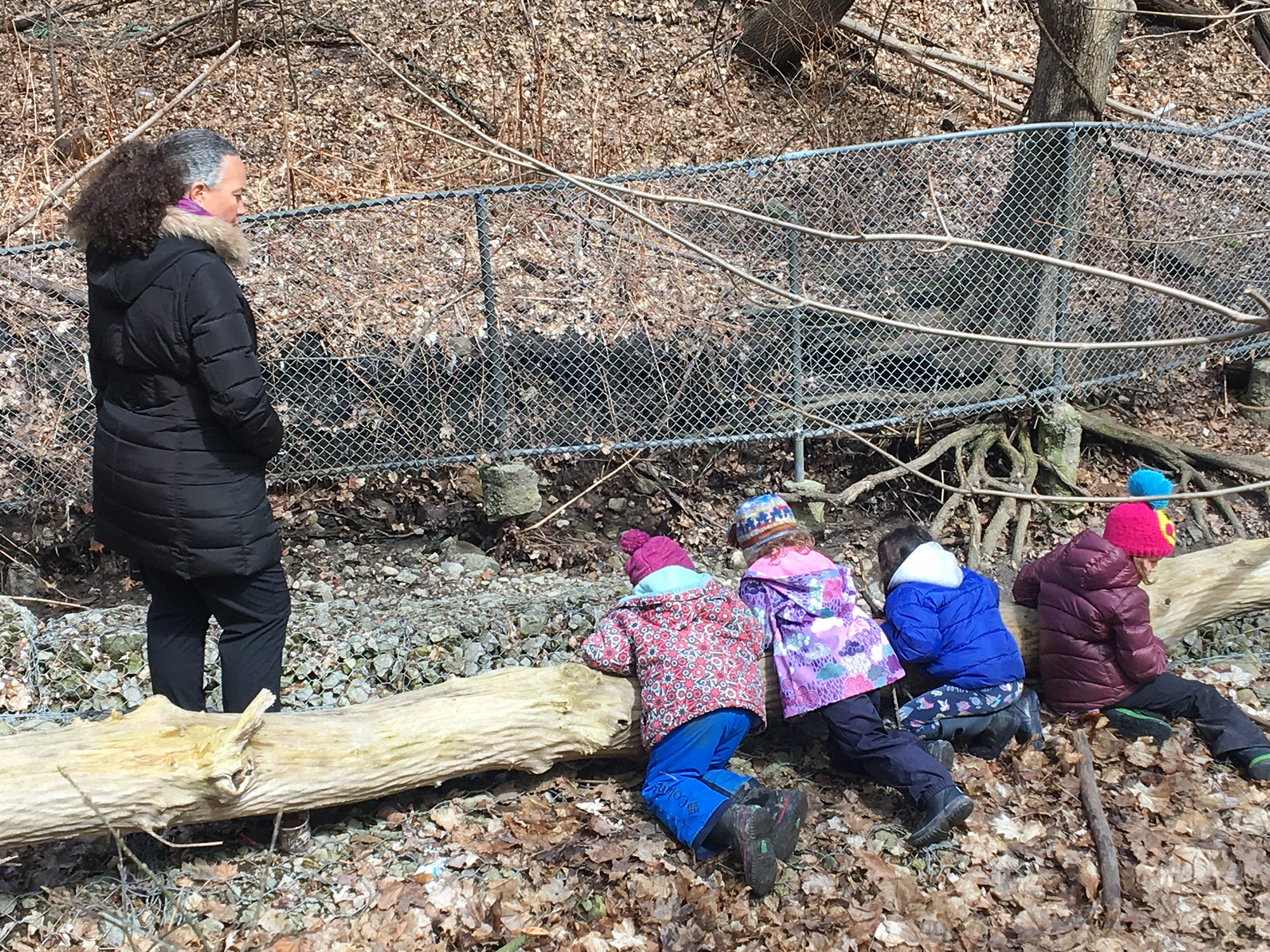 Hello! This week's picture comments have been supplied by the Early Learners. We hope that you enjoy hearing about their experiences. 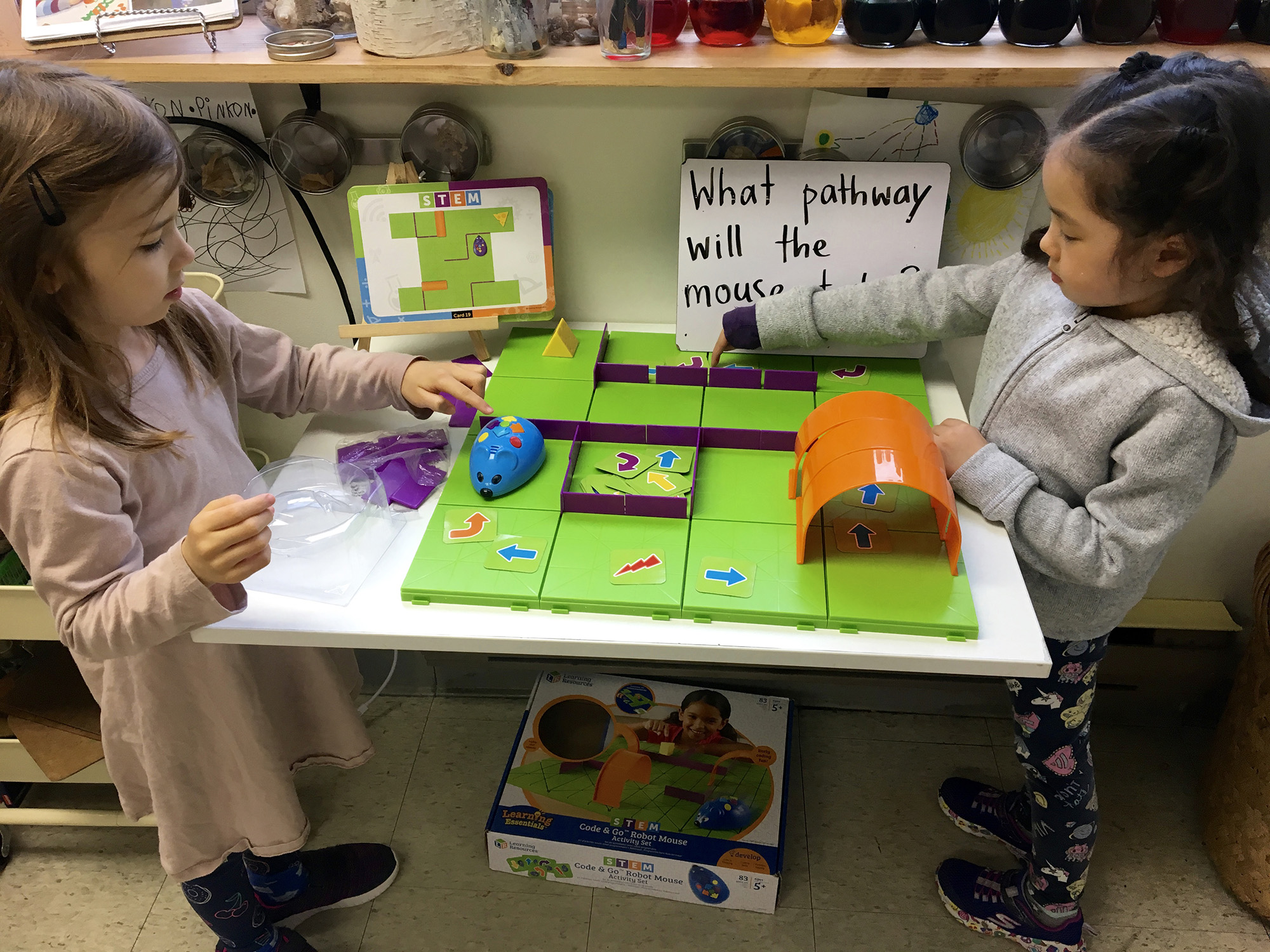 “I was doing the code mouse with AK and I put out all the cards and AK did it. Then we cleaned all the cards up, then the mouse goed.” – NM 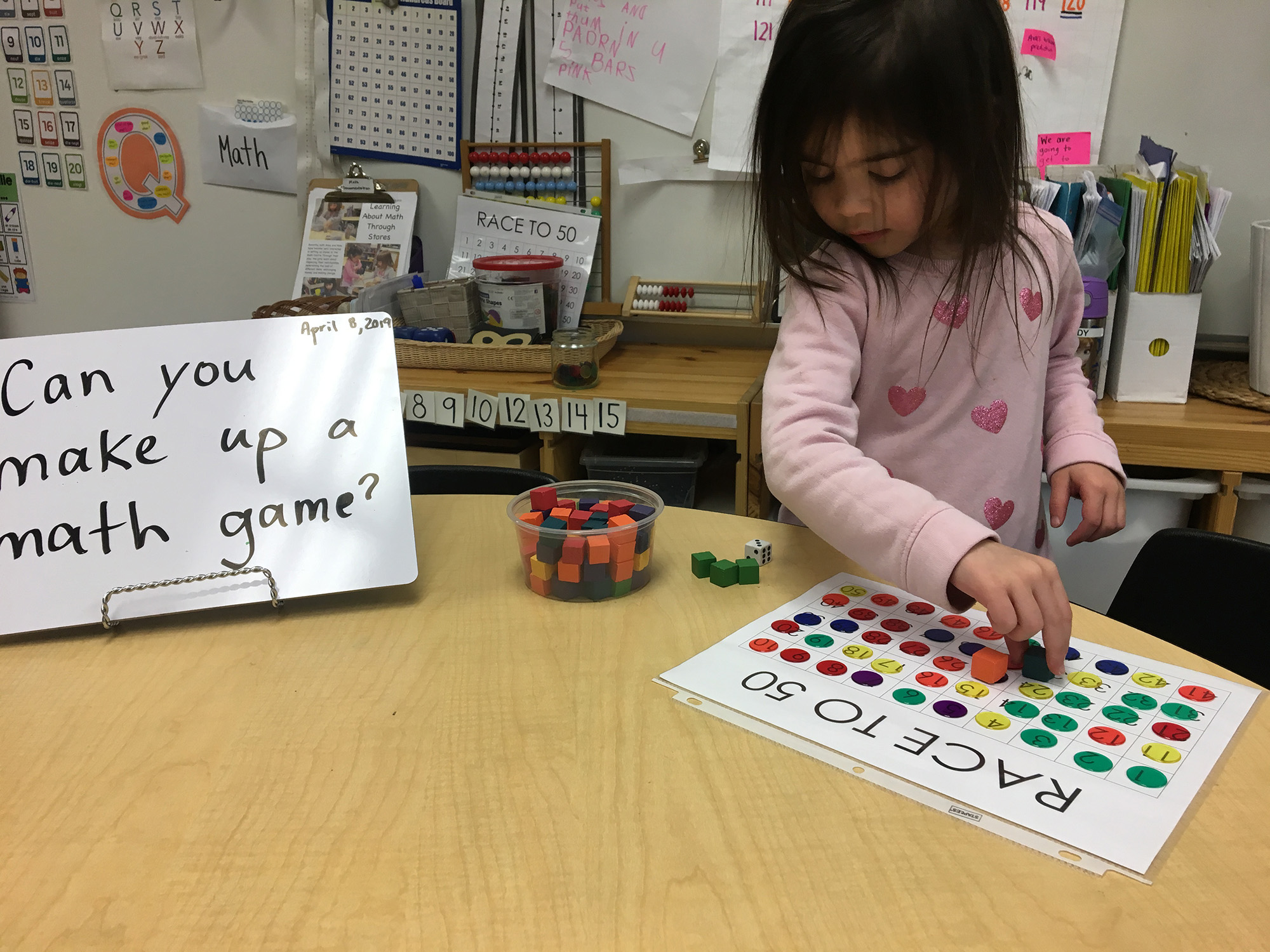 “I was doing my math game and Savannah played with me my math game. How it works is you get one of those boards and get the colourful coins, and if you get a red or orange you win.” – OG 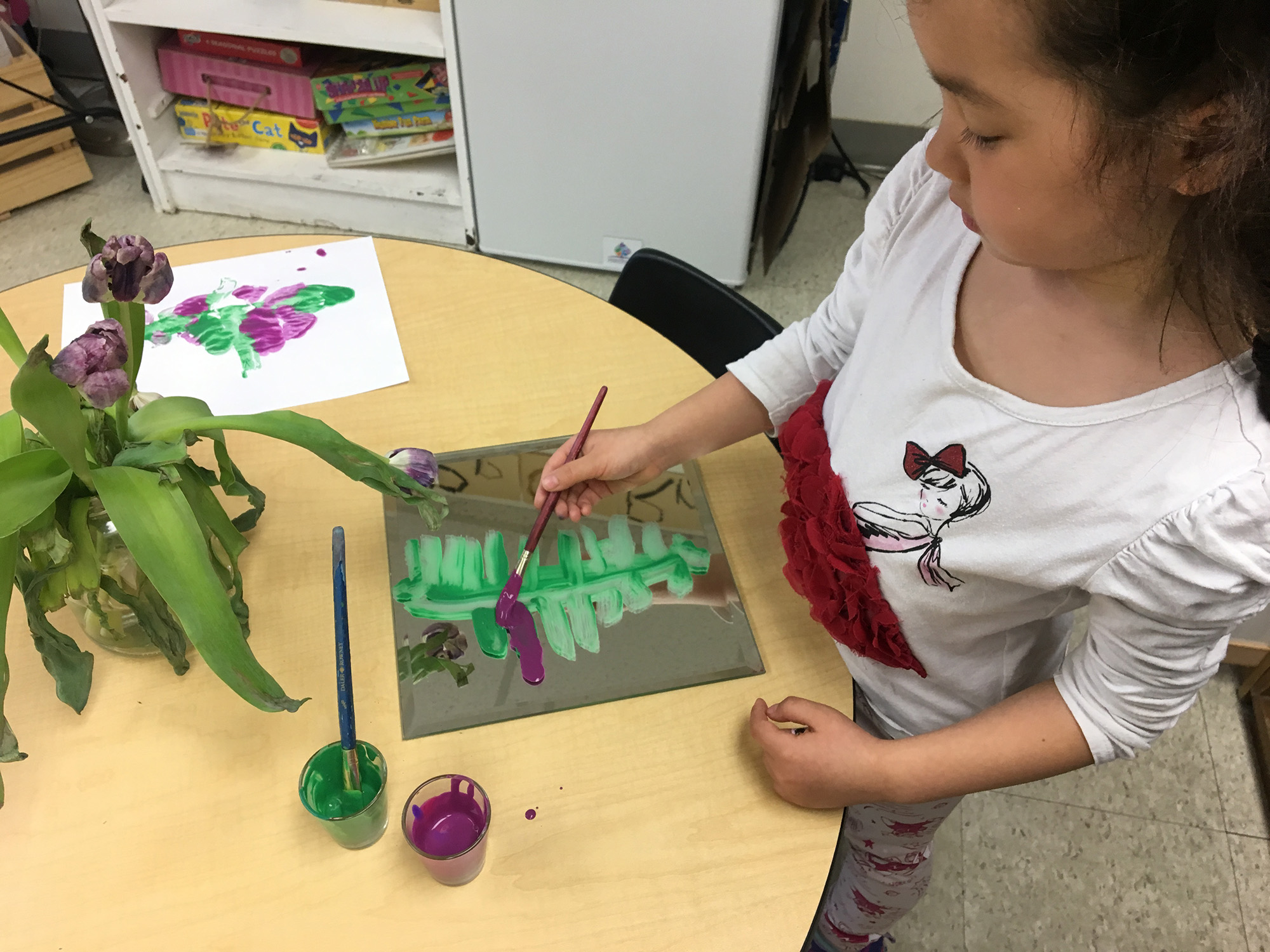 “I was painting a flower violet, and it was green and purple. I painted the other side and then I painted the side of then that side a little bit, then I just drawed more lines and then I put the whole thing on paper with my body.” – NM 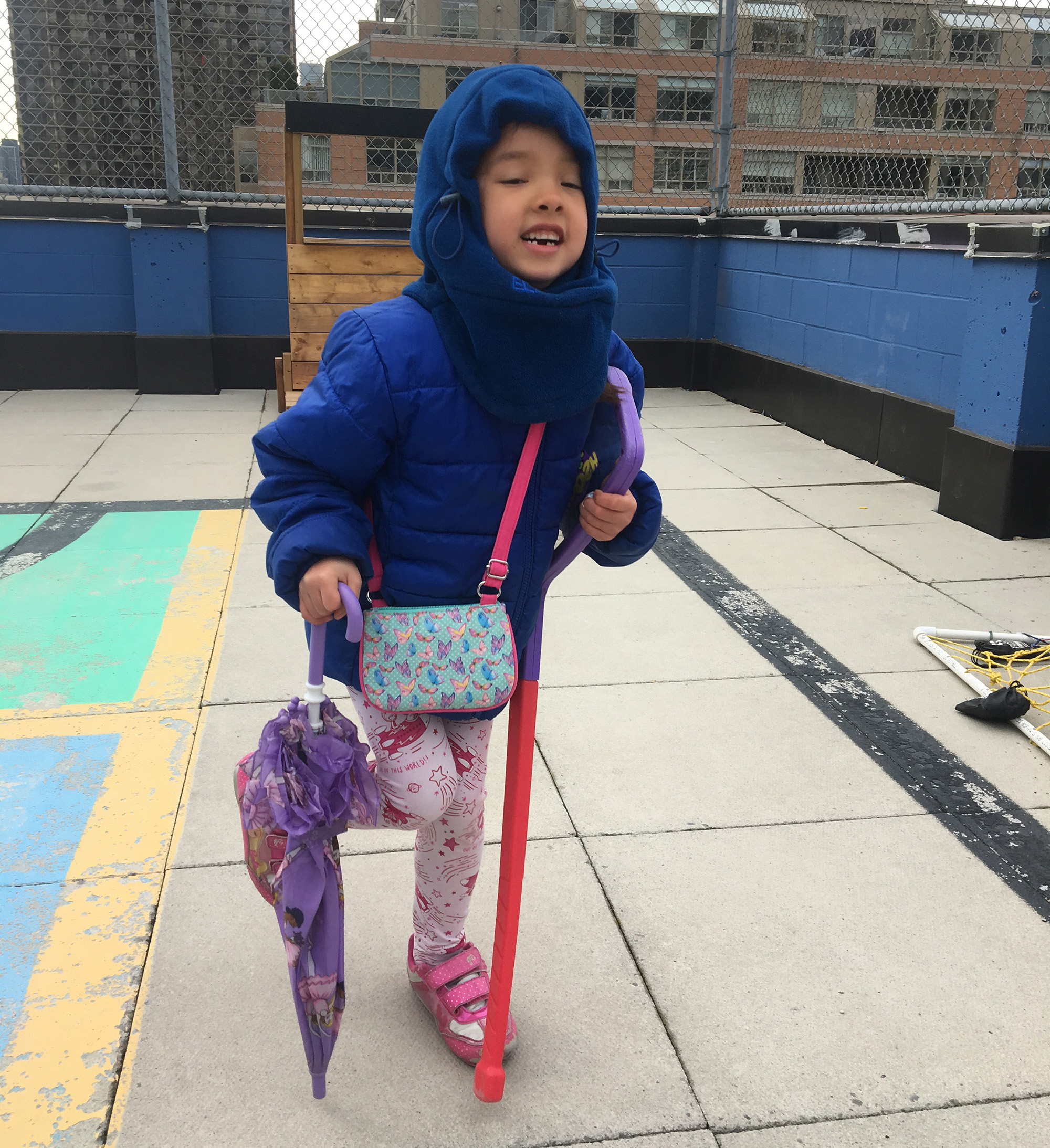 “I’m hopping on the crutches with my umbrella and my purse. I was hopping slowly and carefully, and I just hopped with the crutches.” - NM 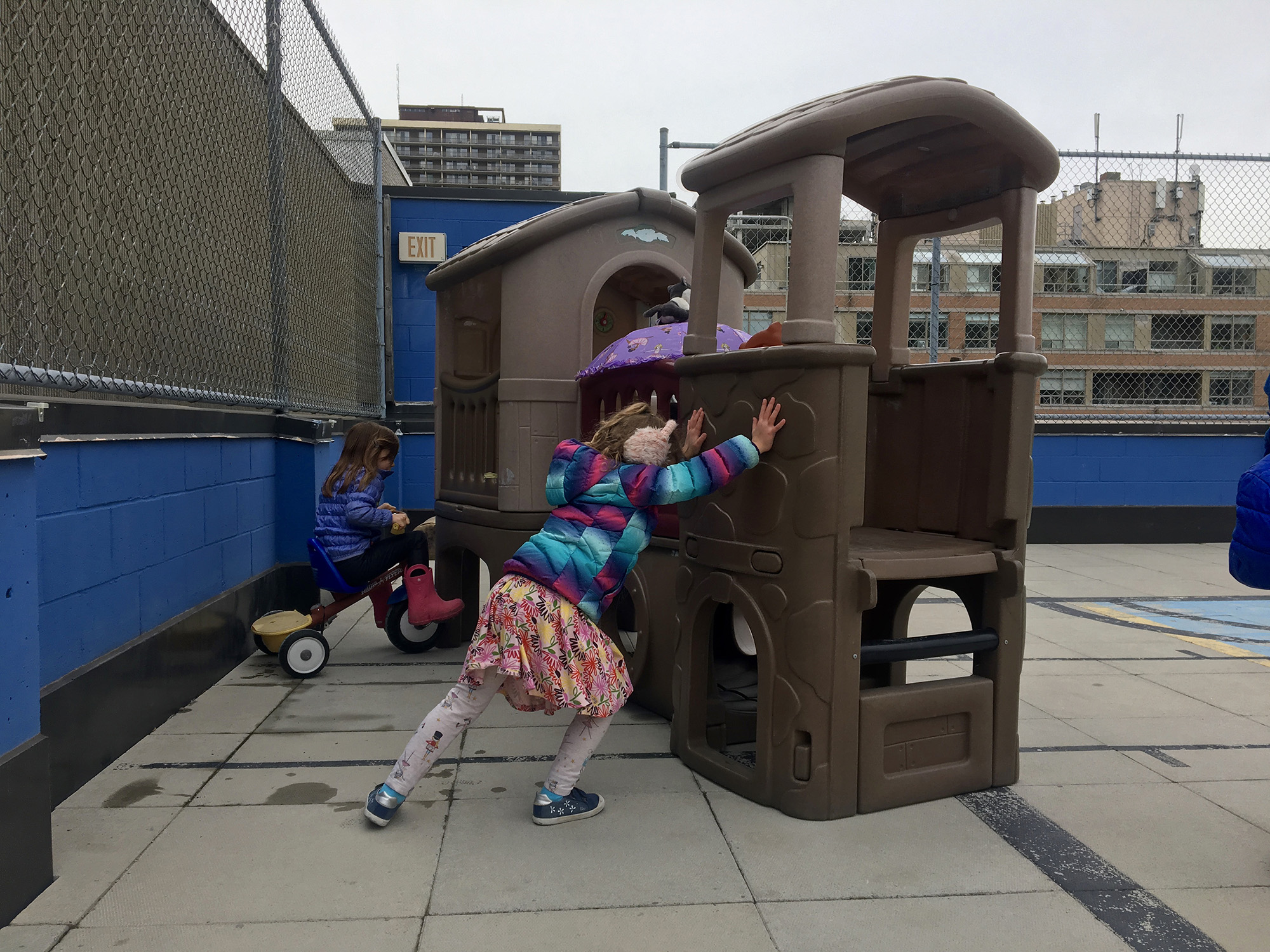 “I was on the trike pushing it and AB was pushing from legs and hands. When the grade 1-2s came up, I tied something to it and they pushed it and I pulled it with the trike.” – AK 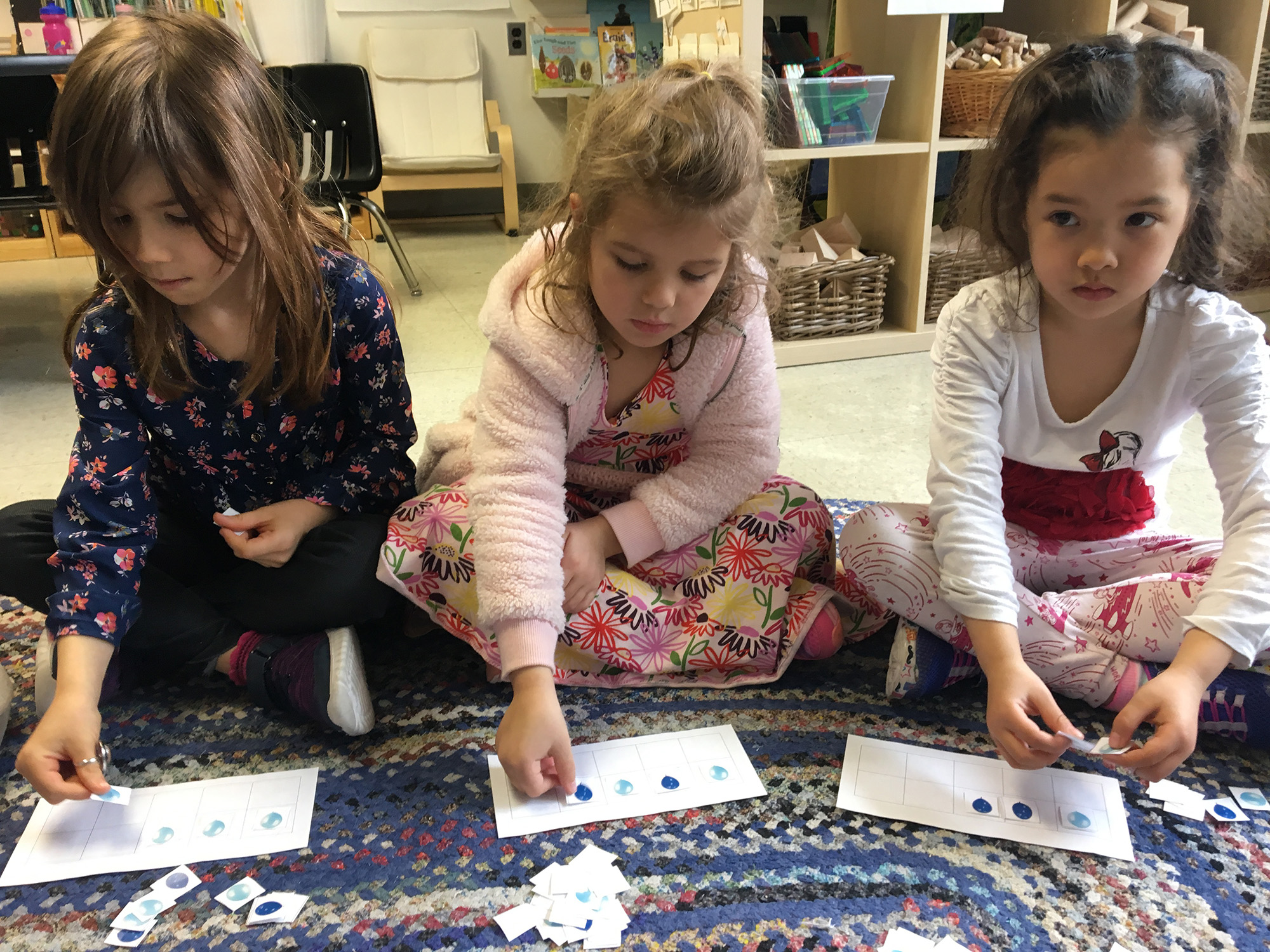 “Me, NM and AK we were doing our, deciding which balloons we wanted to put for the hockey team – light blue or dark blue, we didn’t know which one we wanted.” – AB 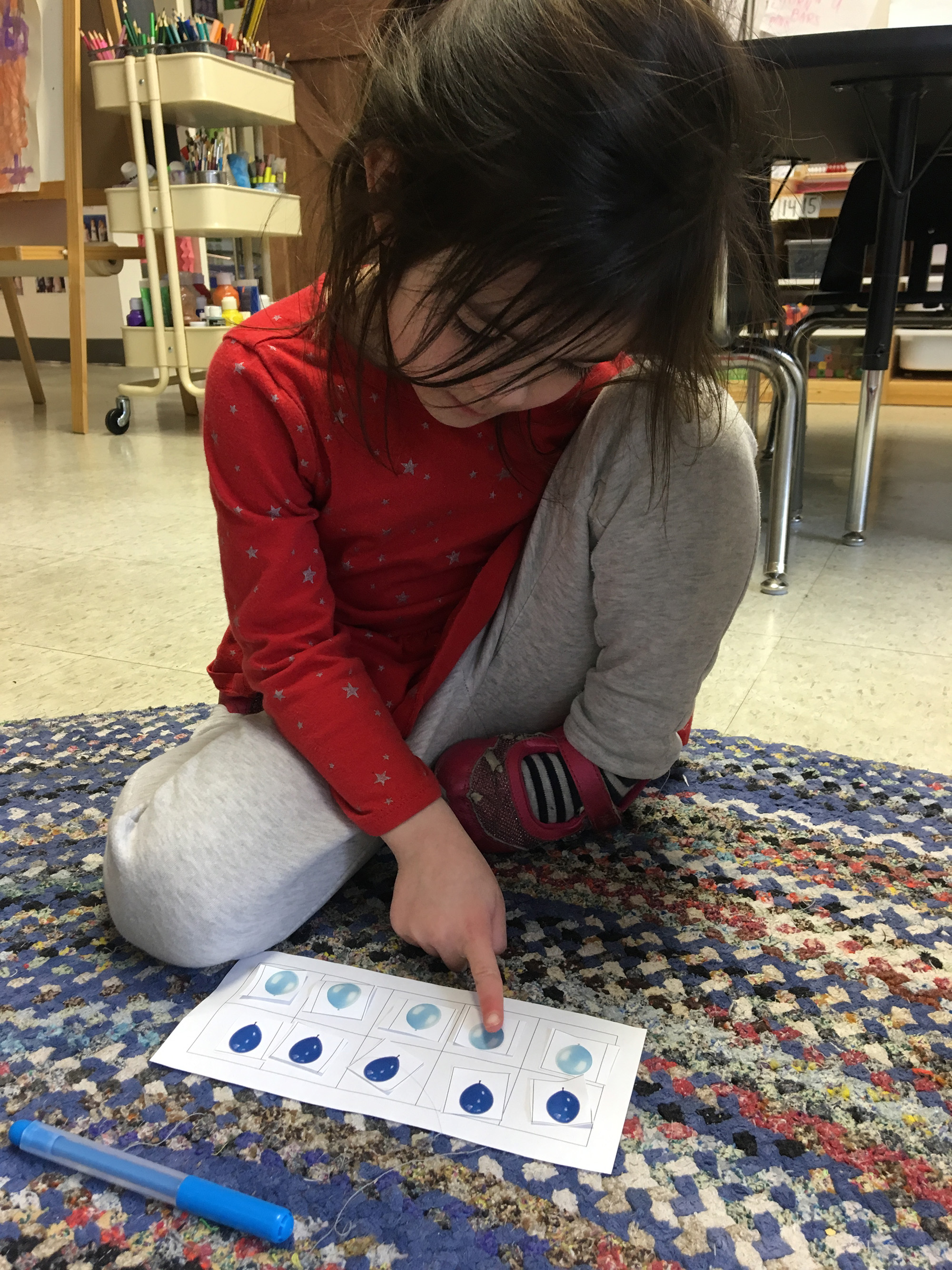 “I was counting my balloons and the one that I made first was different and after I was done the first one I made the same as AK’s.” – OG 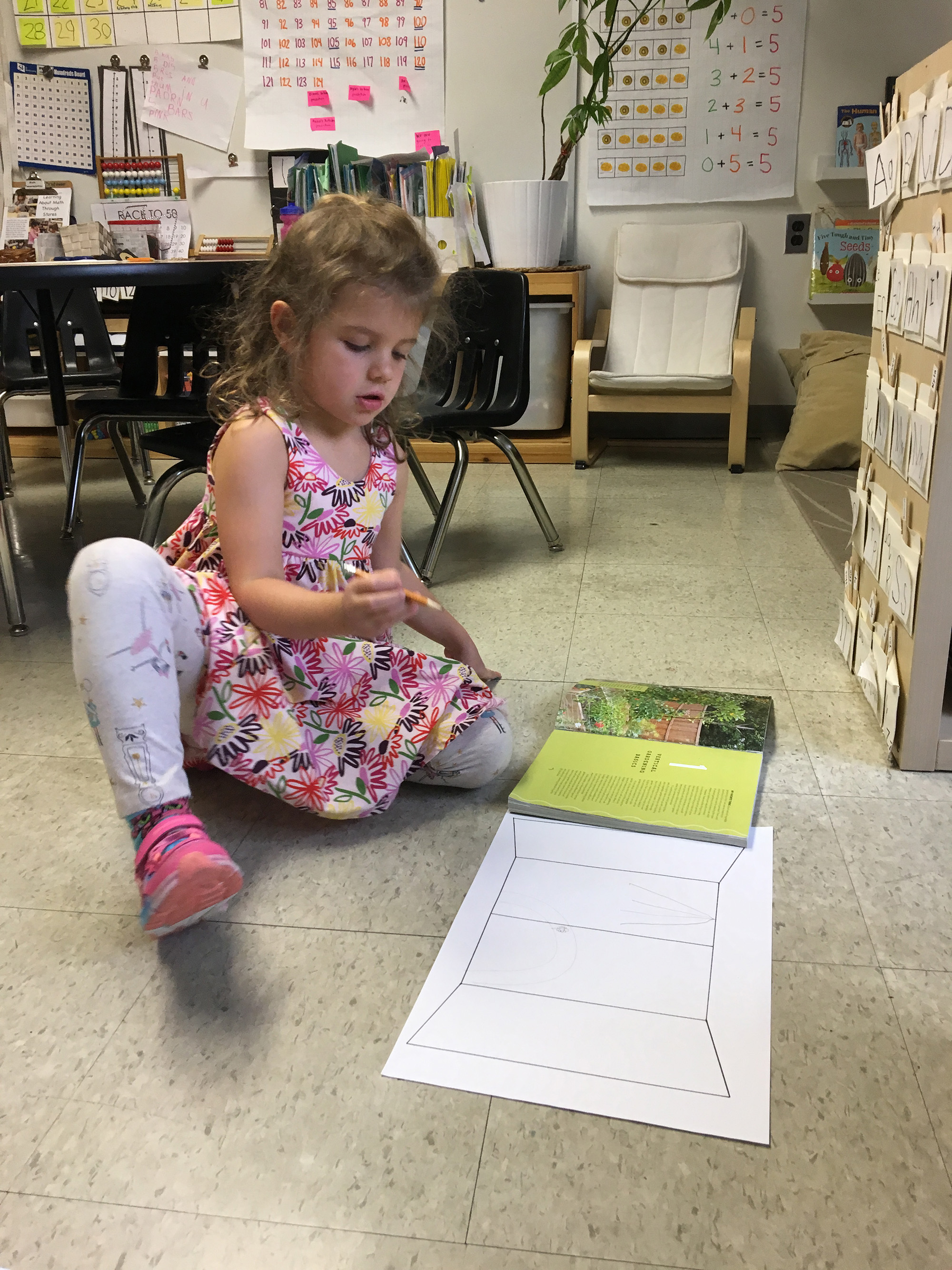 “I was doing my living window and I decided that we’re going to do the outside plant inside. It’s so cool, I didn’t know that we could fit a climber for the plant to climb. I didn’t even believe my mind that I found it.” – AB 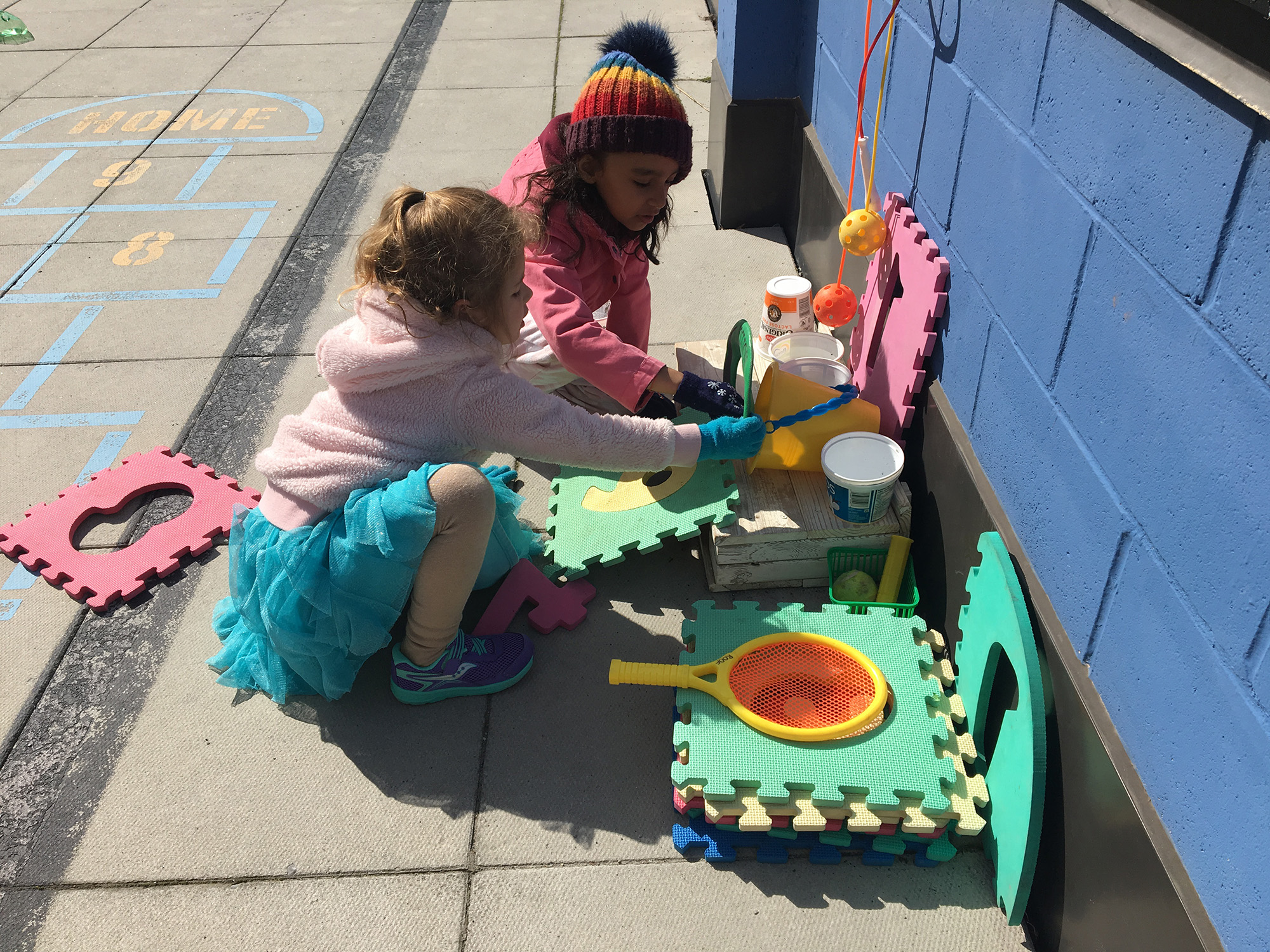 “Me and A (grade 1) were building a squirrel home and we made a trampoline out of stuff and then we got almost all of the stuff on the roof, but almost all of the other kids that were playing almost took all of our stuff from the thing. At the end when we had to clean it up, AK was helping clean up.” - AB 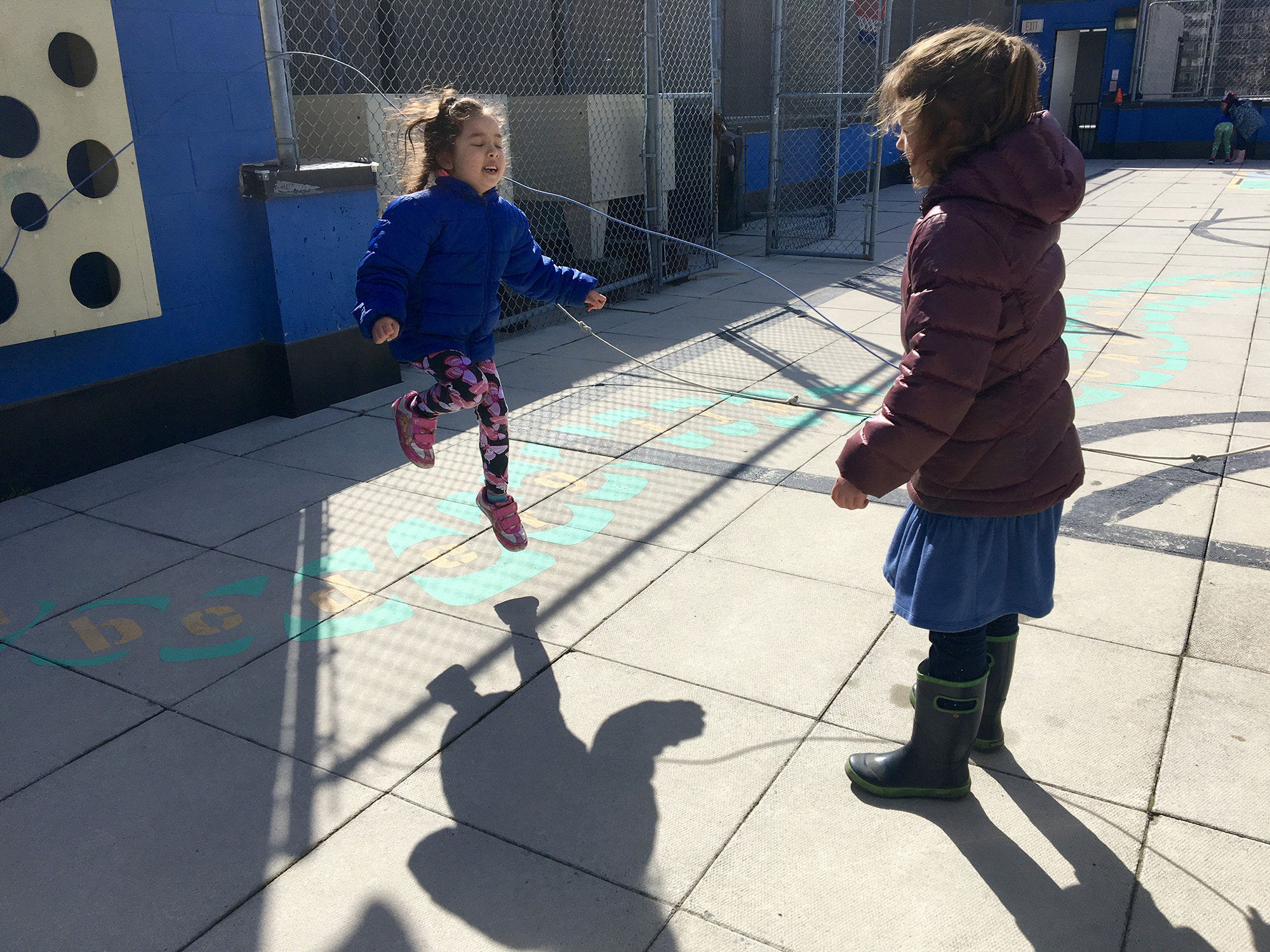 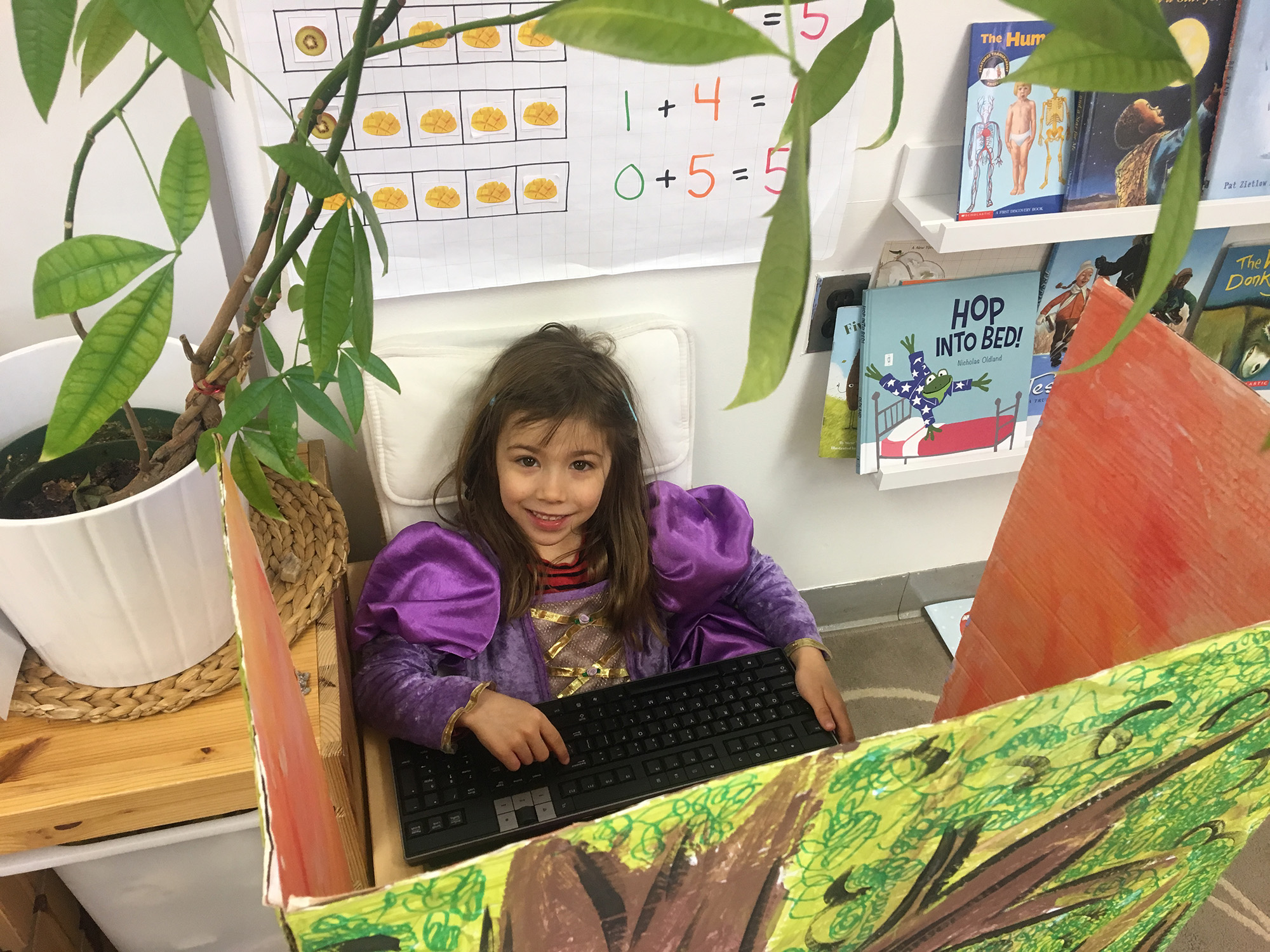 “I was being the queen of Cinderella and my guard was NM and I had a special room that I typed in my throne.” – AK 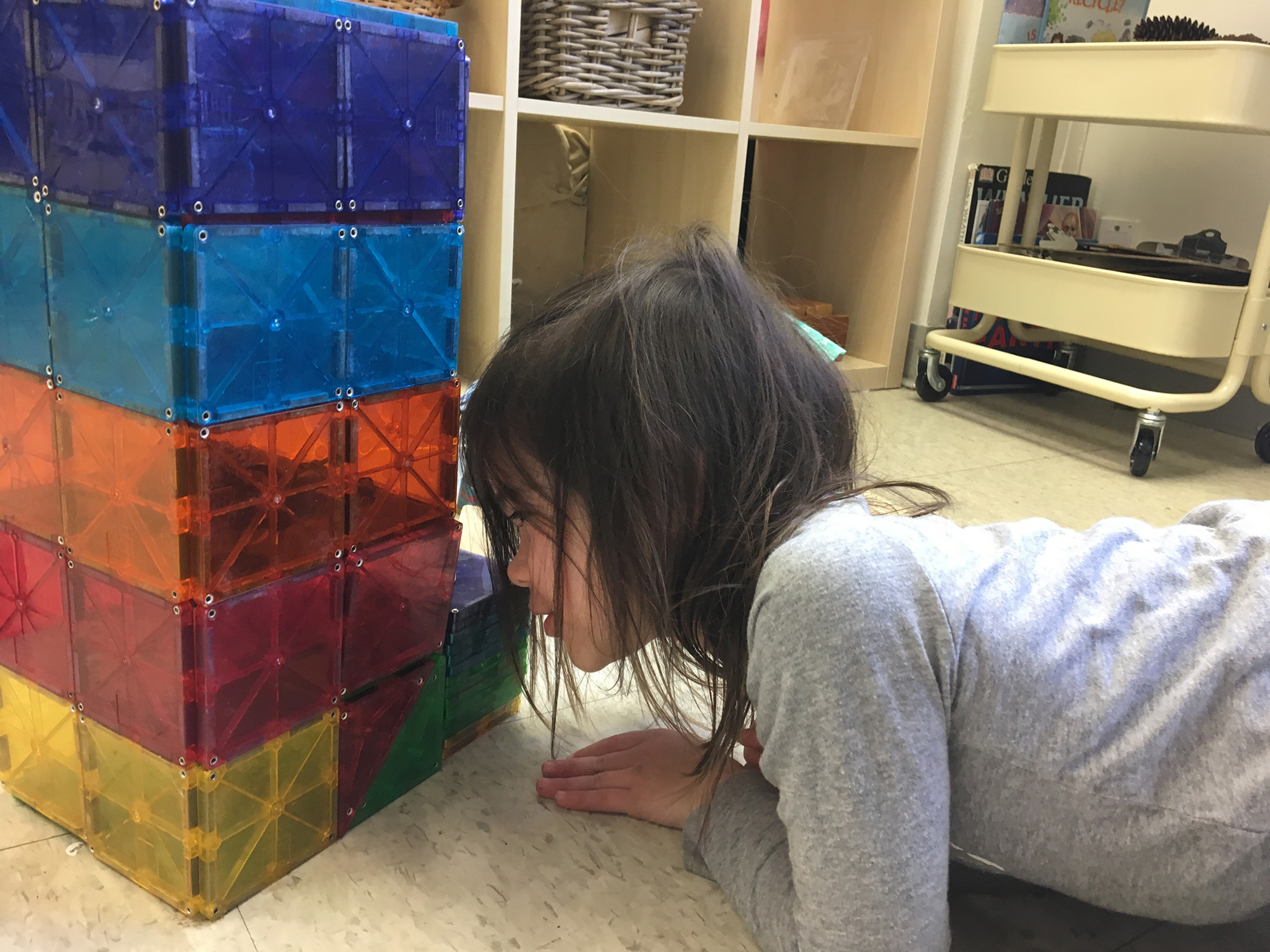 “I builded a jungle-castle and I put animals in it and I shared it with Savannah. Also I didn’t get to share the rest of the part so I cleaned up.” – OG 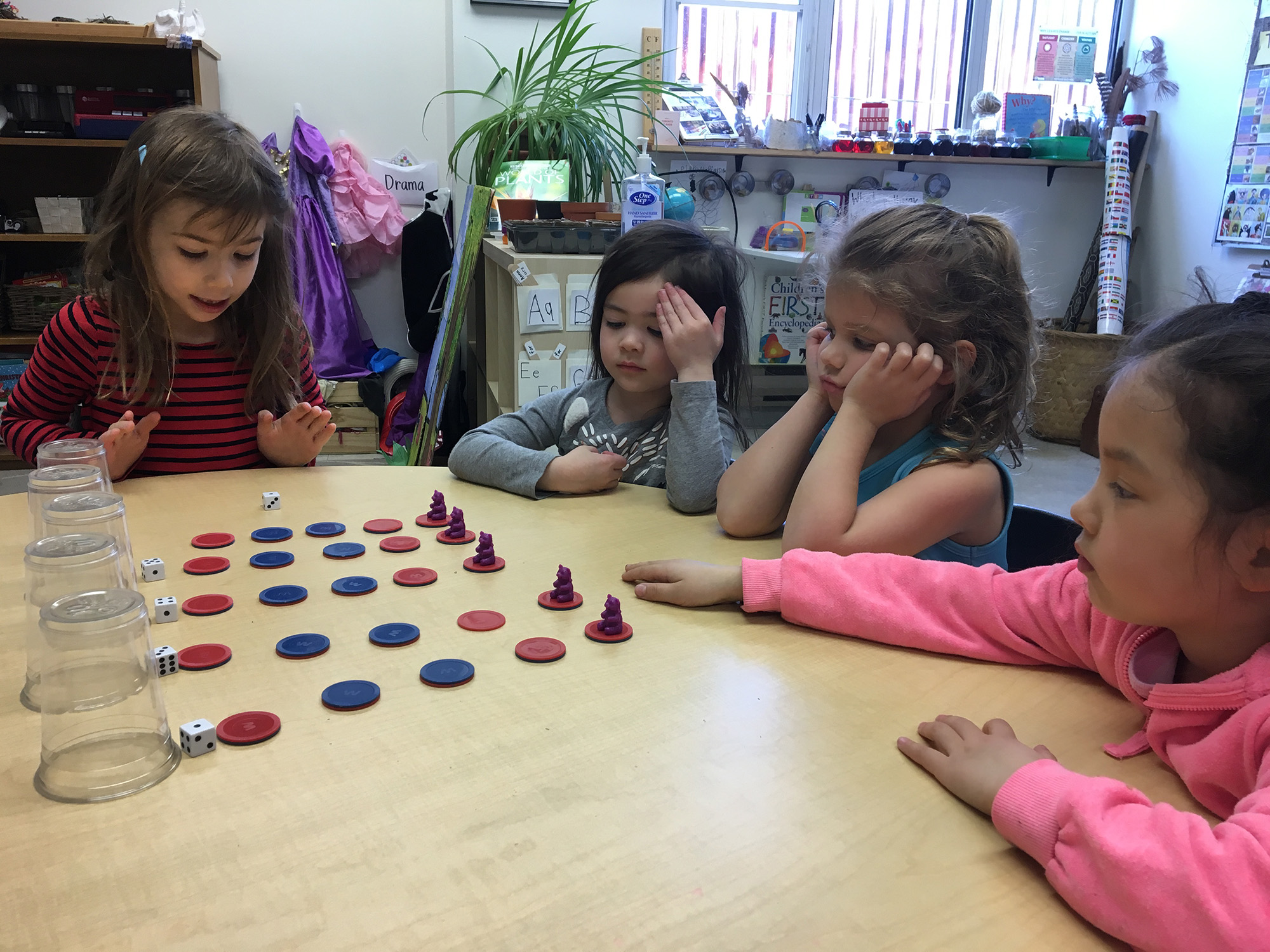 “AK, OG, me and NM we were playing AK’s game that she made. You roll the dice and then but if you get to the end you win and you get to play again.” – AB 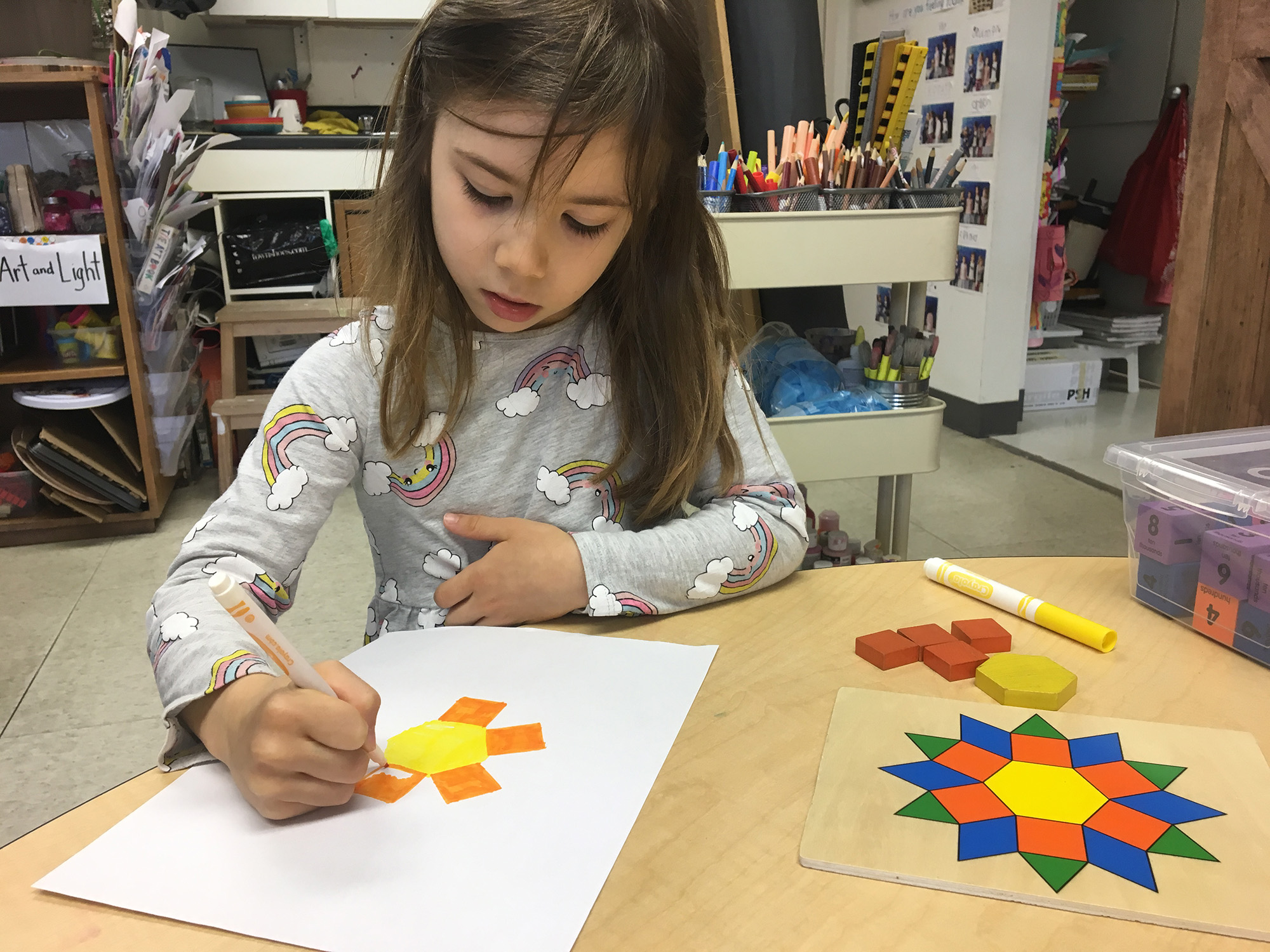 “I was trying to draw the symmetry board and I was having a little trouble because this is the right shape but where the diamond is supposed to go isn’t.” – AK 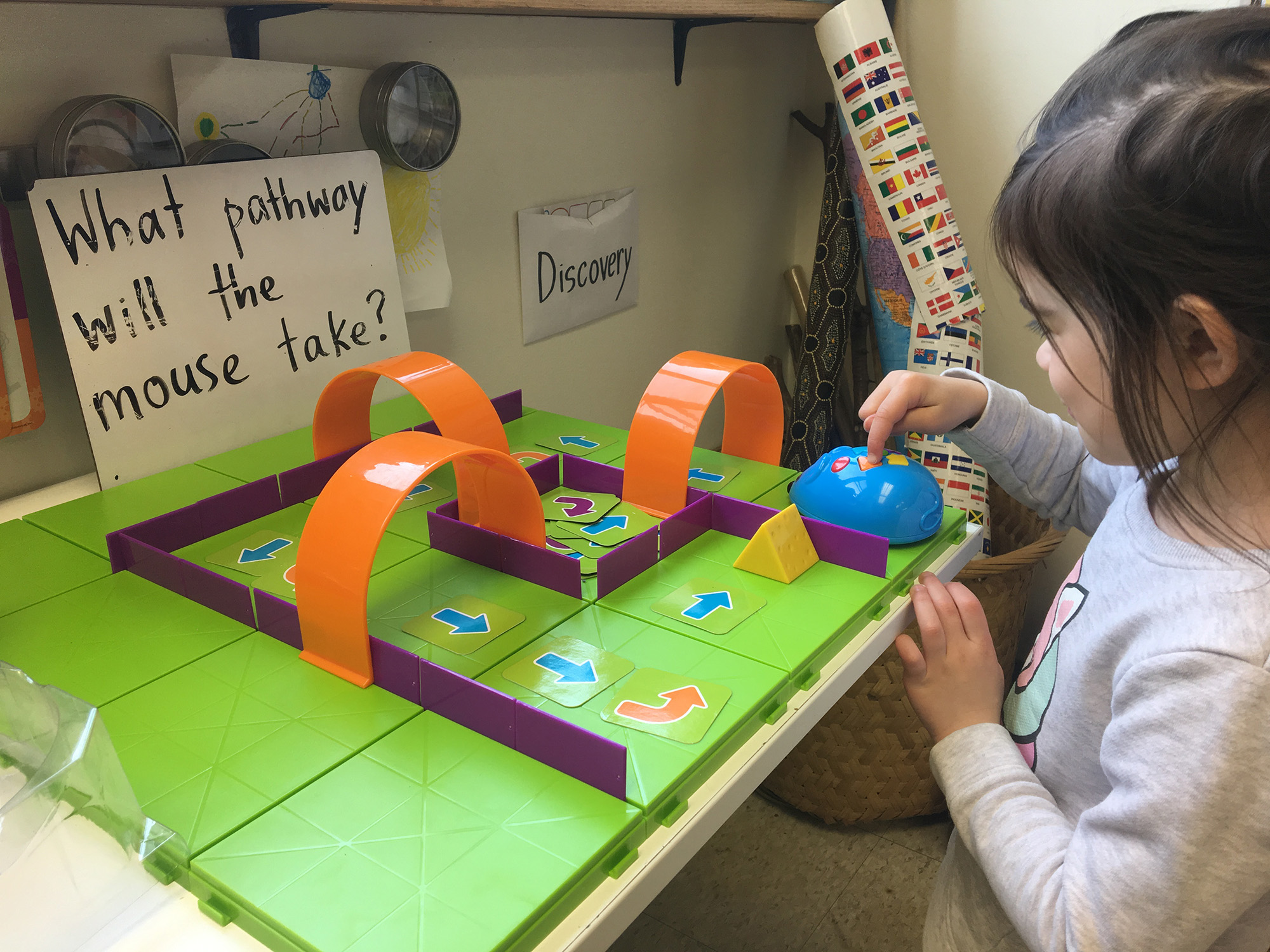 “I was doing the mouse code game and I was so excited that I actually wanted to stay there by myself. And where the mouse started, the mouse was already close to the cheese, but there was a wall in between them, so the mouse had to…” – OG 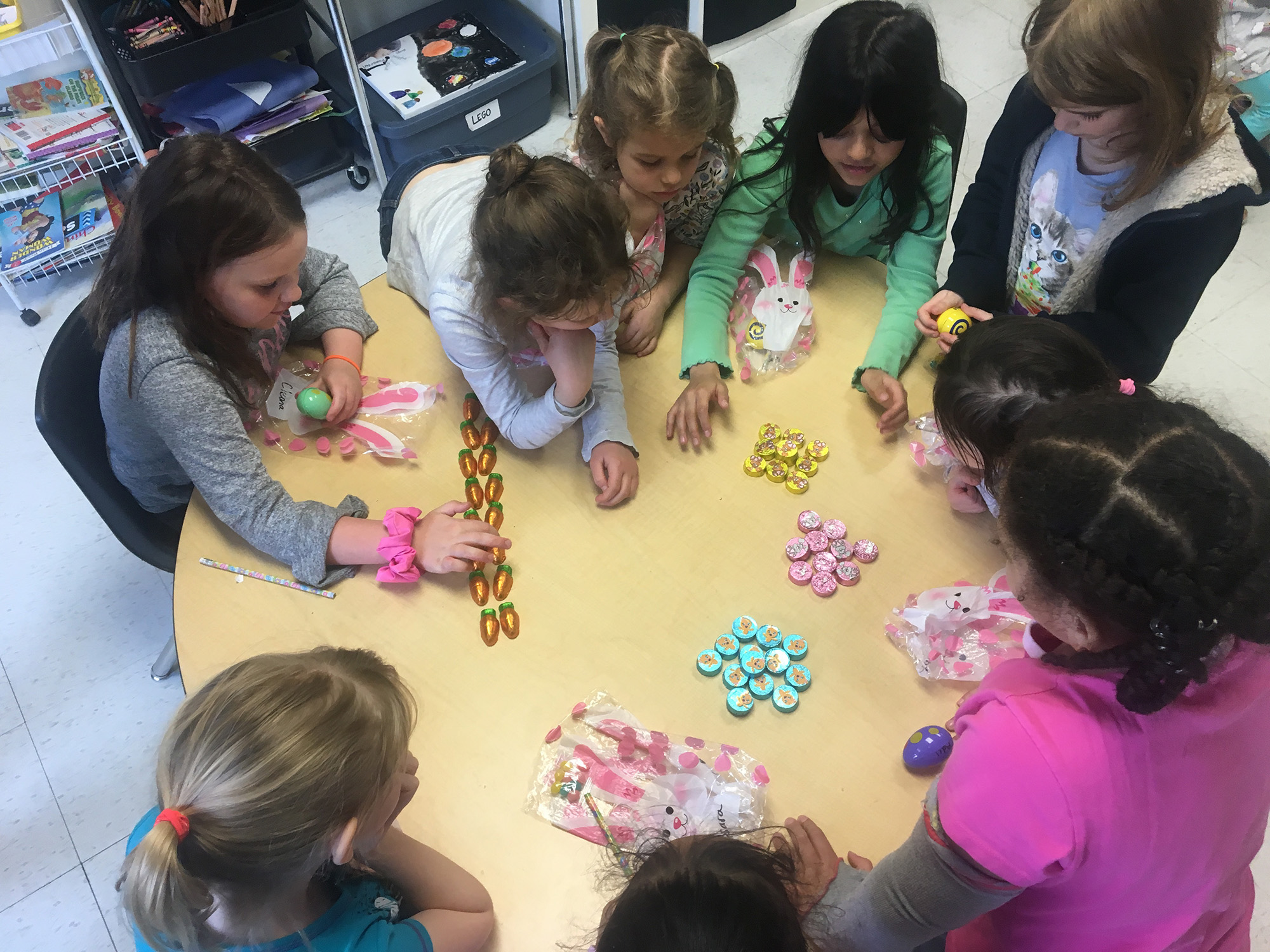 “When it was A’s (grade 1) turn I almost picked a chocolate and that was a mistake.” – OG