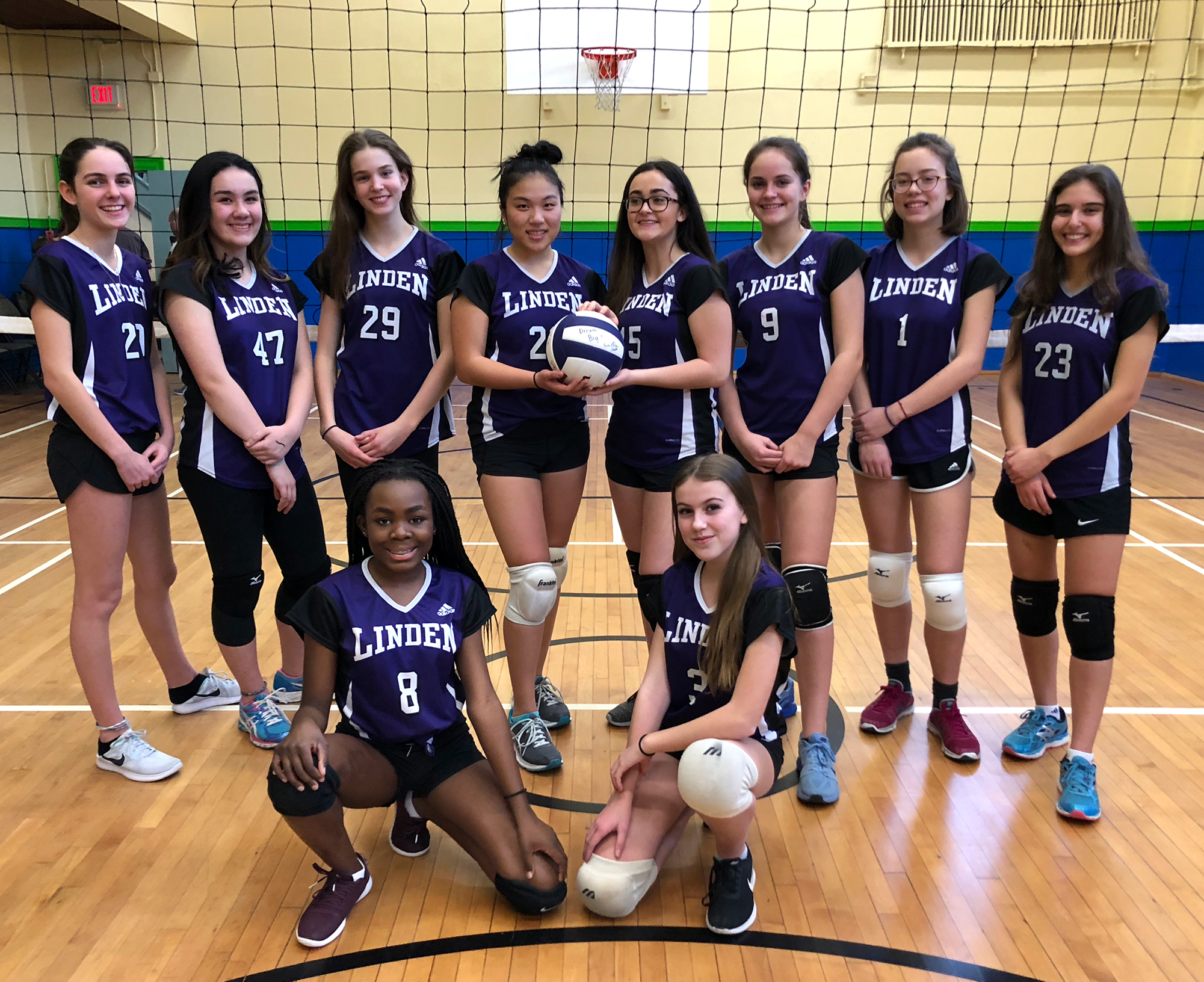 This year's team of 11 high school athletes was made up of only four returning players and seven new team members. It was the youngest U20 team Linden has ever fielded and wow did they come along way! The amount of growth and progress made by the team during the past three-month training season has been impressive and any coach's dream. The steady work ethic at practice and positive energy and encouragement amongst team members during gameplay were incredible. In a league filled with stiff competition, Linden went 3–4 defeating Willow Wood, UOG, and Blyth Academy respectively. They played games that dazzled with big hits, strong blocks, and diving defensive digs. They played their best against the highest ranking teams which is a great indication of what is to come in the years to come.

Amy and I would like to thank: Liana, Isobel B, Hannah G, Edie, Ellen, Daragh, Lucia, Julia G, Juliana, Emma and Laura for their consistent hard work and dedication. We can't wait until next year!