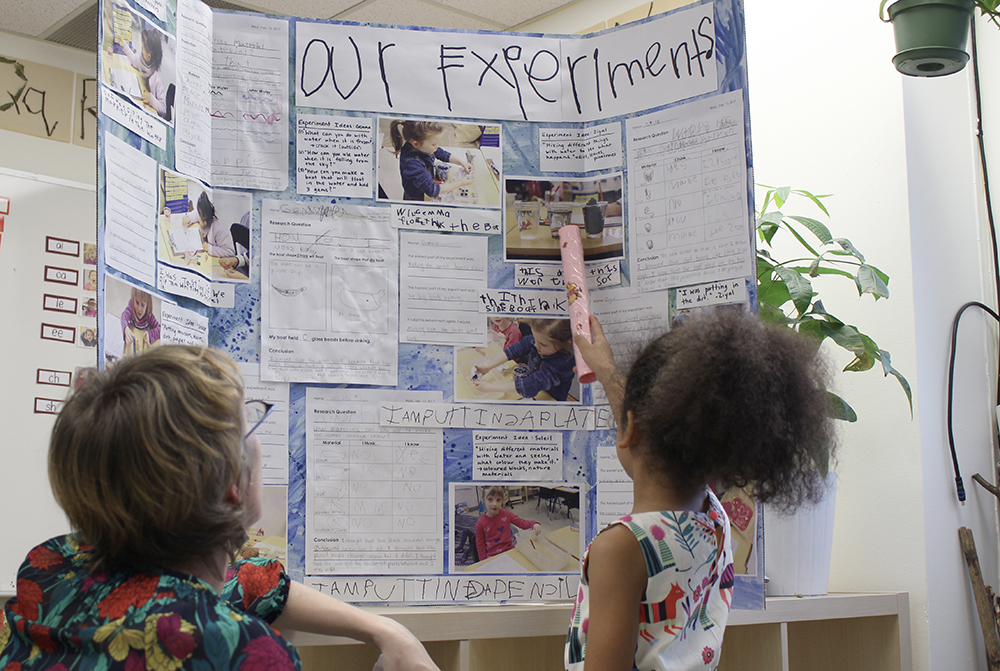 There were many exciting parts of our week, but the most exciting (and new for each of the girls) was Linden's annual Science Fair. My head is still buzzing with all of the information I have heard about water and different experiments during the fair. The girls did an incredible job sharing their learning and theories with students, teachers, parents, and visitors, and everyone was very impressed with the work that these 5 girls had done together. Another highlight at the end of the week was making instruments in Music with Elizabeth. Enjoy seeing the pictures below that have captured some of the learning from the week. 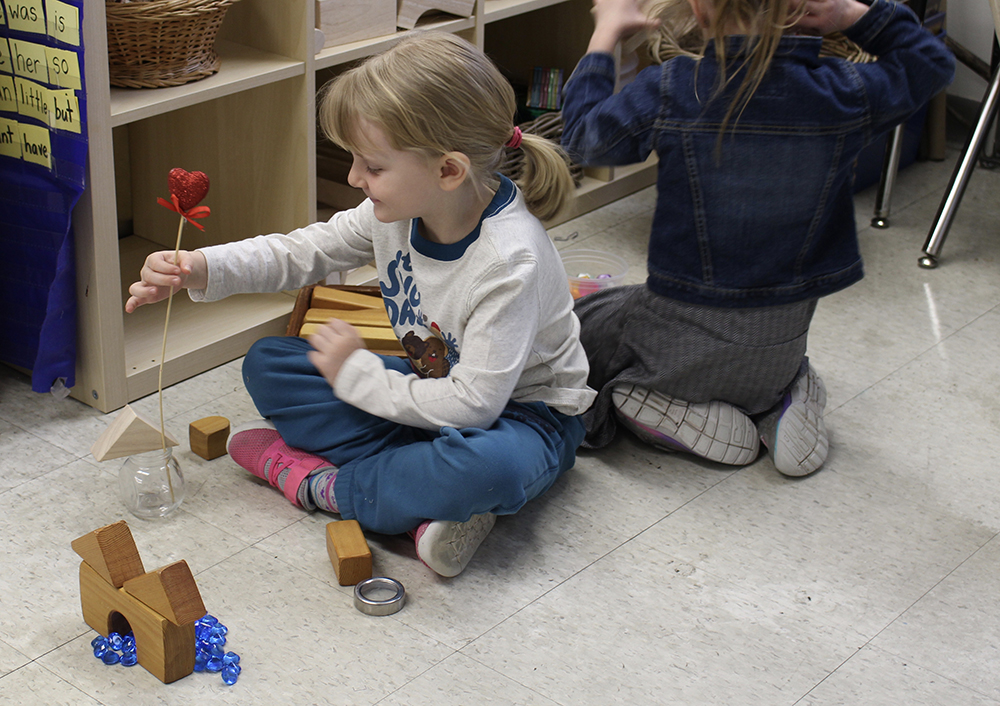 G designs her building around the heart wand that she brought in today. It seems like the Valentine's spirit is still in the air. 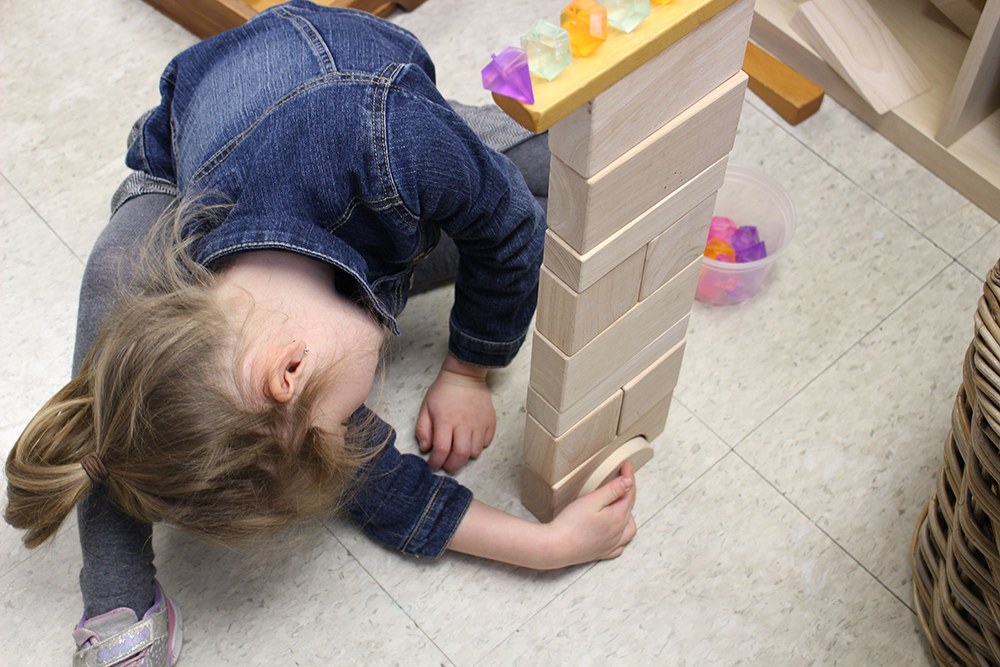 G carefully slides a half circle block under the base of her tower once the rest is complete. 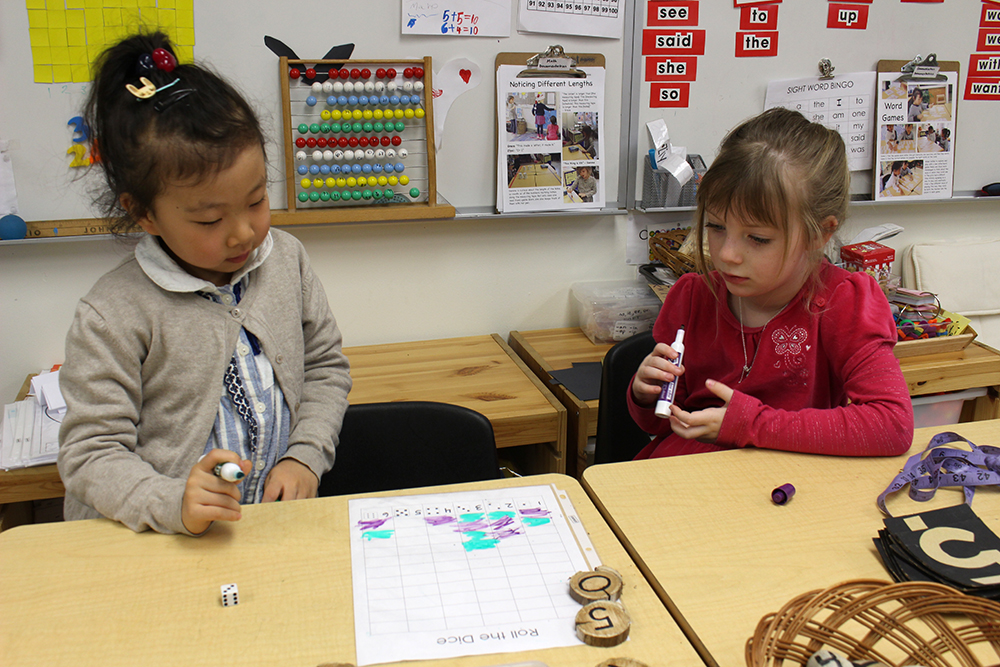 M and S play "Roll the Dice" together at the Math Centre. S has never played before, so M spends some time teaching her the rules and modelling how a turn would look. The girls do well playing cooperatively together, taking turns rolling the dice and colouring in the graph. 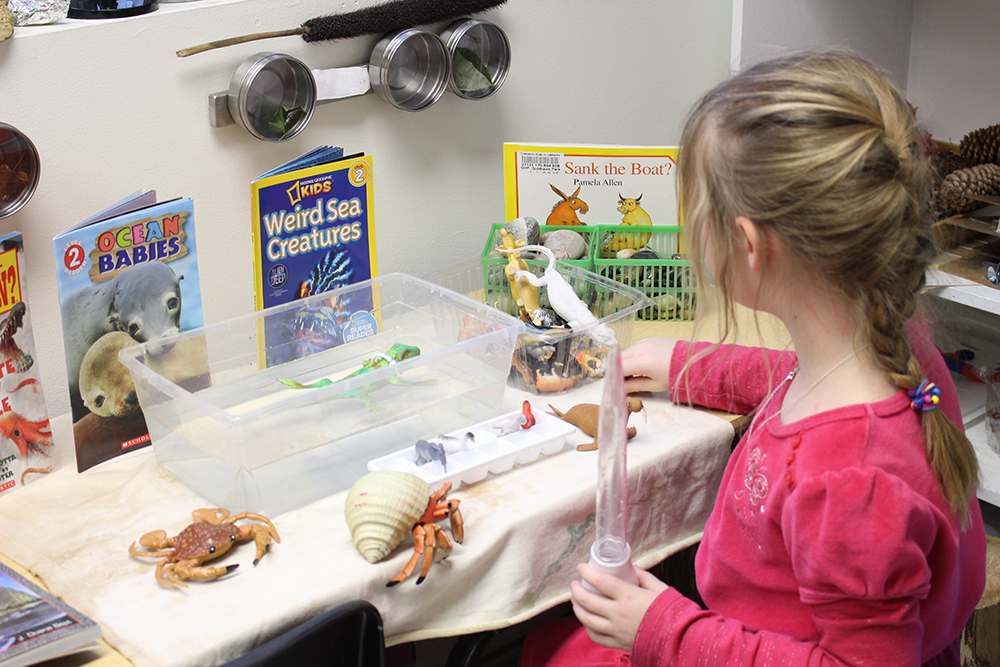 S works on creating an aquarium at the Nature Centre. She first sorts the animals based on whether or not they belong in / near the water, and then puts some of the smaller animals into the ice cube tray. 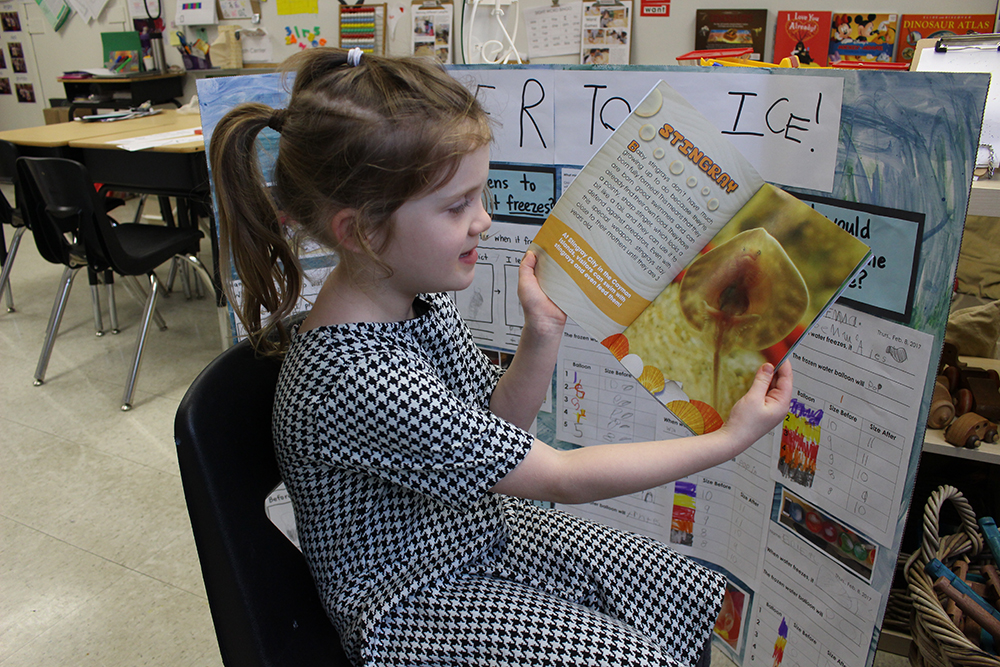 G is very interested in sea animals, flipping through one of the non-fiction books we have in the classroom. She wants to share the photo of the stingray with her friends, and tells about having seen them at the aquarium. 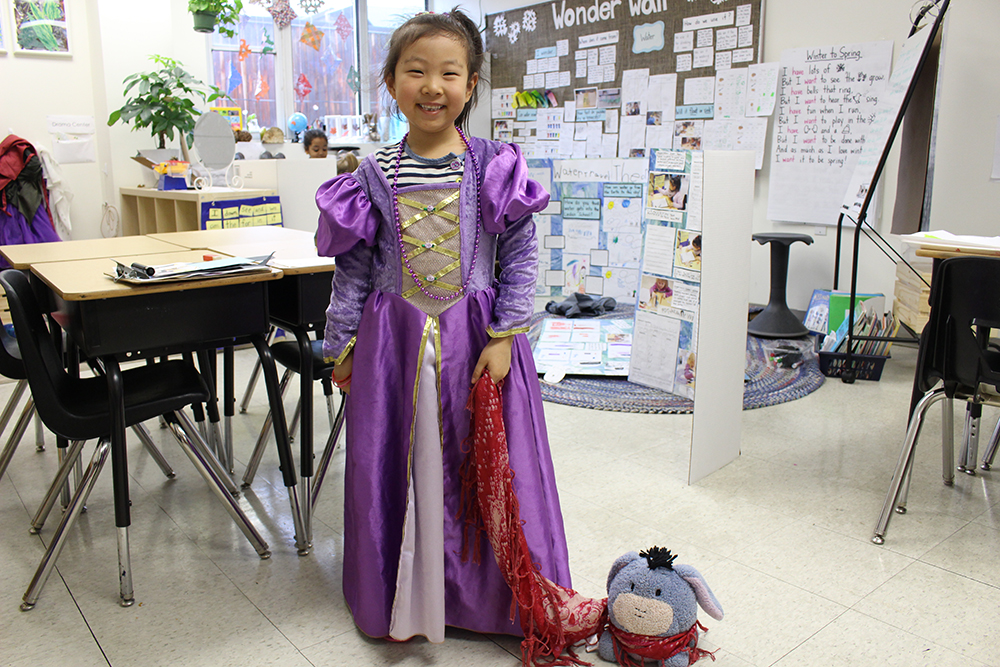 M is taking her very adorable dog on a walk around the classroom. 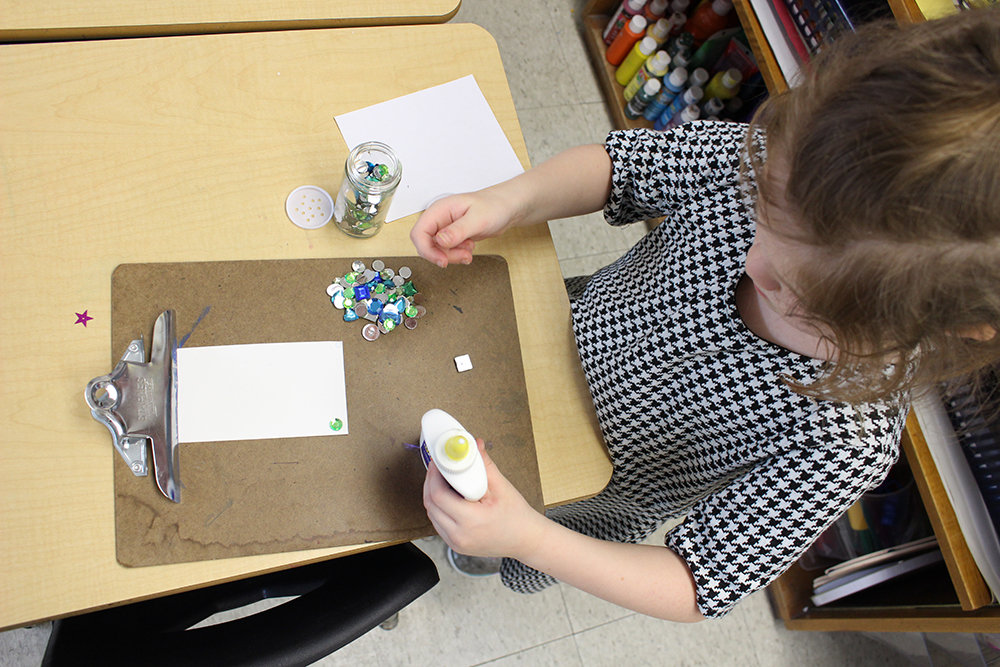 G adds gems to the back of the cell-phone she is making at the Art Centre. She has already drawn buttons with numbers on the front of the phone. 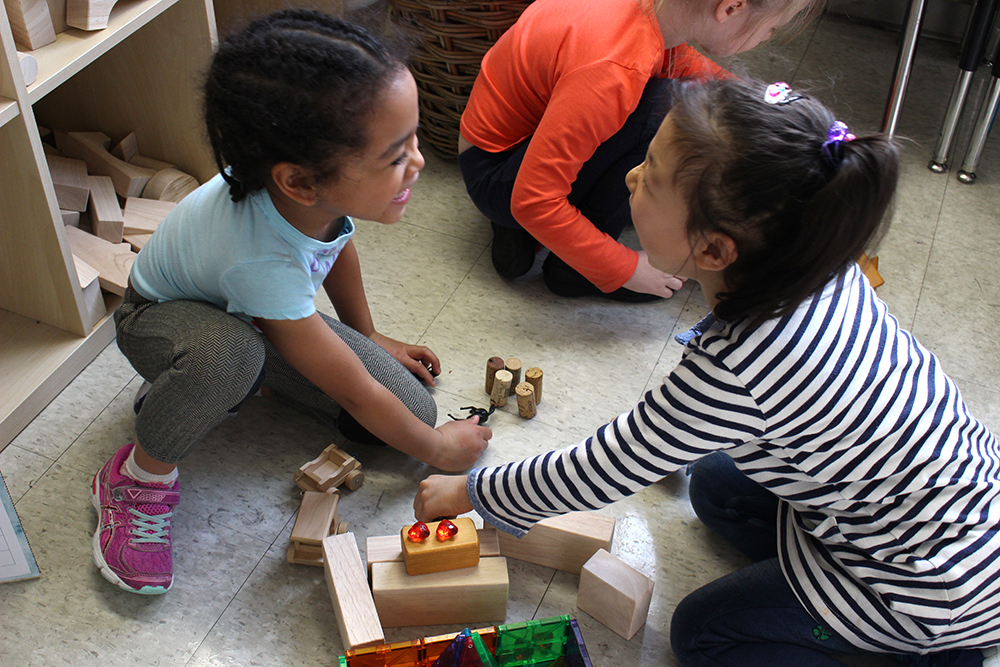 Z and M are bursting with giggles this sunny afternoon in the class. They are collaborating on a structure while they work at the Building Centre. The heart gems on top definitely have special powers. 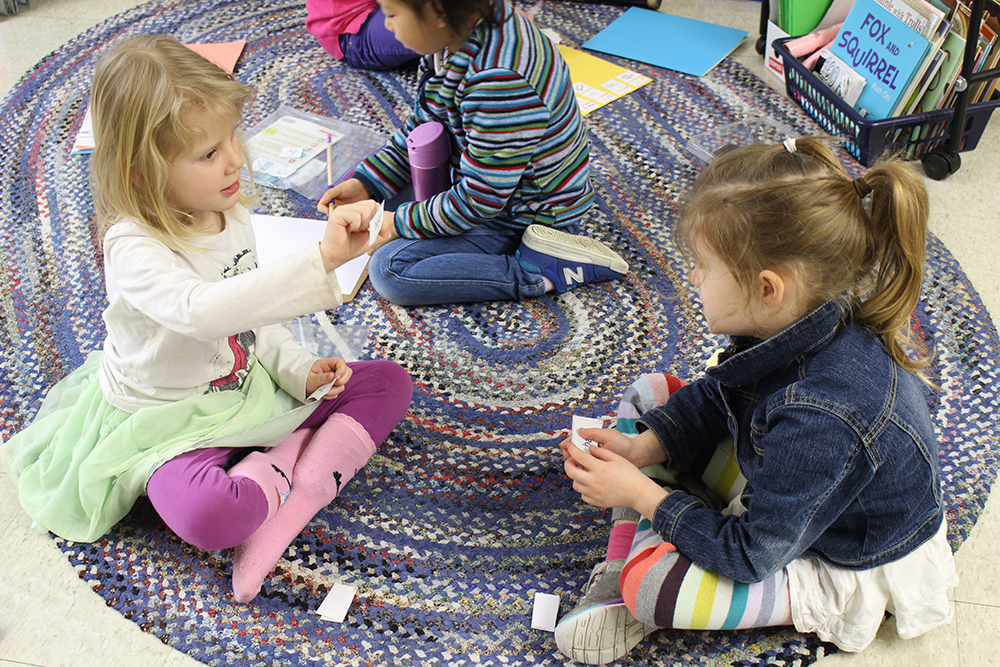 G and G play "word flash" together to help familiarize themselves with their Word Study words this week. Both girls are working with words that end in -at (i.e., cat, mat, etc.). 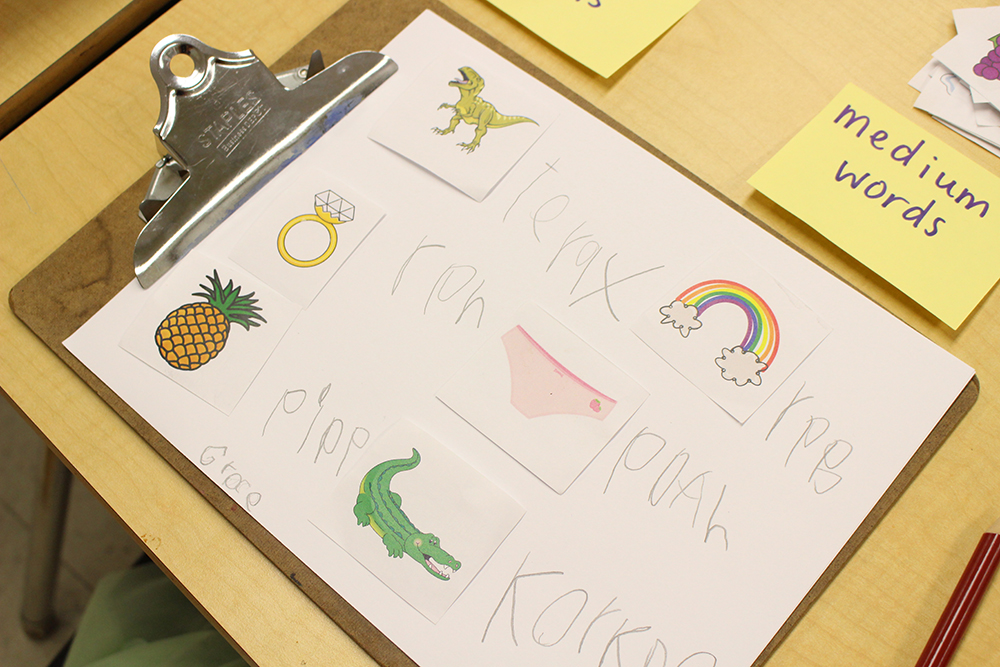 We are practicing writing words using the sounds we hear in them. Here is G's work - she challenged herself with a number of long words. 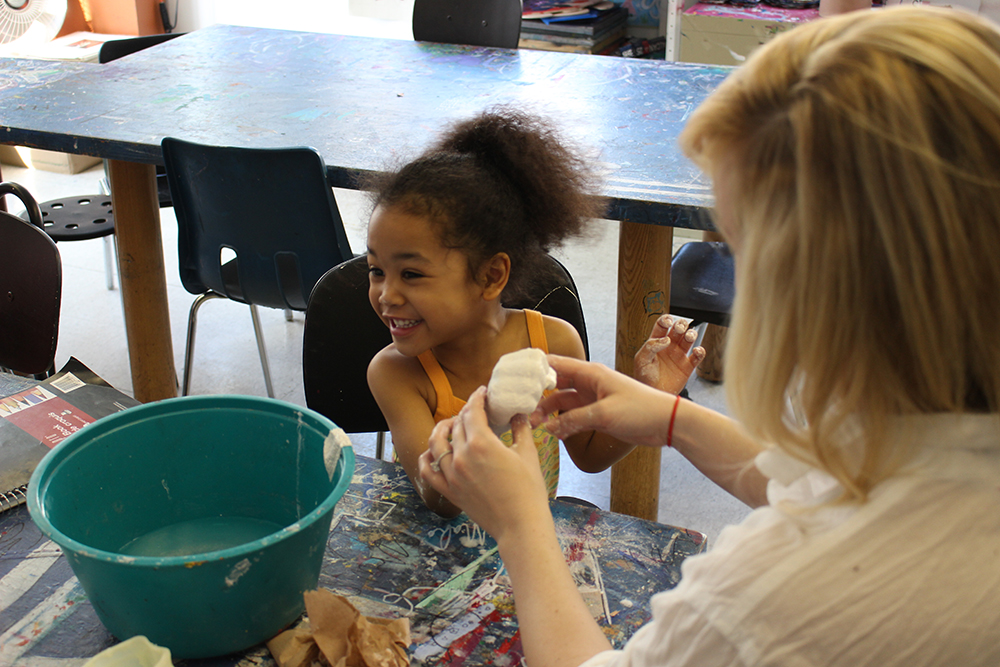 Z is excited to be getting her hand plastered in Art with Brie. She has made the letter "e" in sign language, and is enjoying the slippery feeling of the wet plaster on her hand. 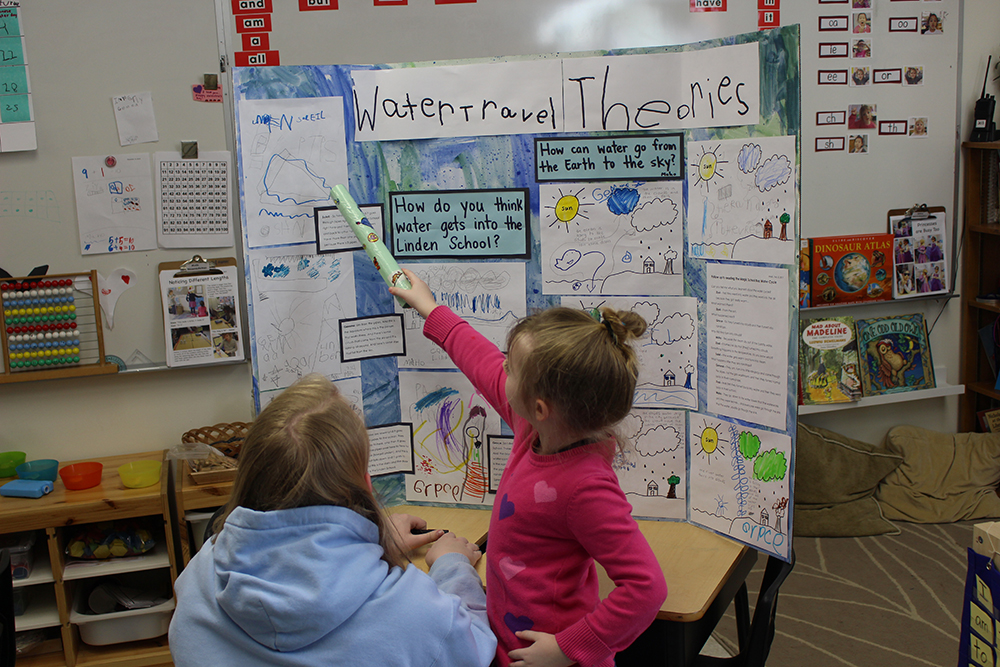 S presents her learning about water to a high school student, A, during the afternoon portion of Science Fair. She is able to clearly explain the diagram she drew to represent her ideas about how water gets into the Linden School. 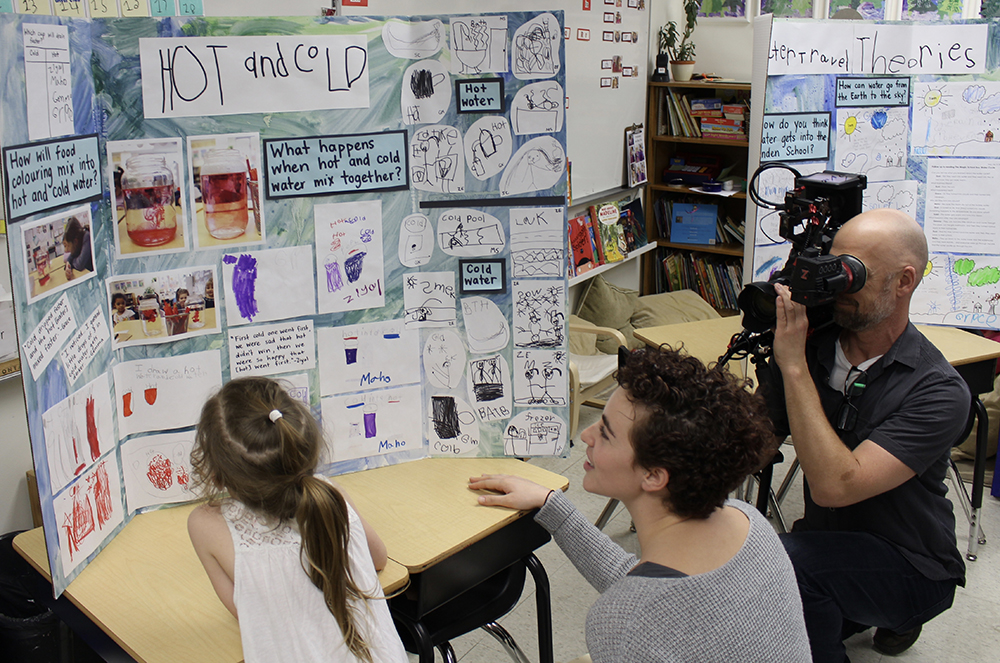 G presents her drawings of food colouring mixing into hot and cold water to J during the afternoon Science Fair as well. She likes using the pictures to help tell the story of each experiment. 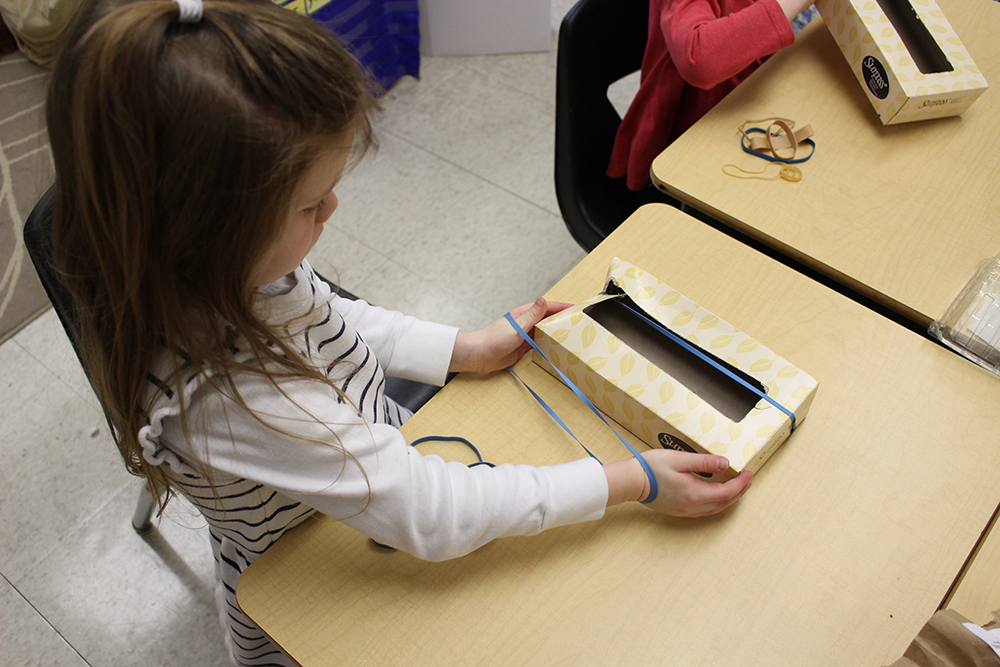 G adds rubber bands around the recycled tissue box to create a "string instrument" during music. The girls are learning that string instruments have a few necessary parts - strings, an opening, and a flat part for the strings to run across. G encounters a few problems with ripping cardboard, but is not discouraged at all. 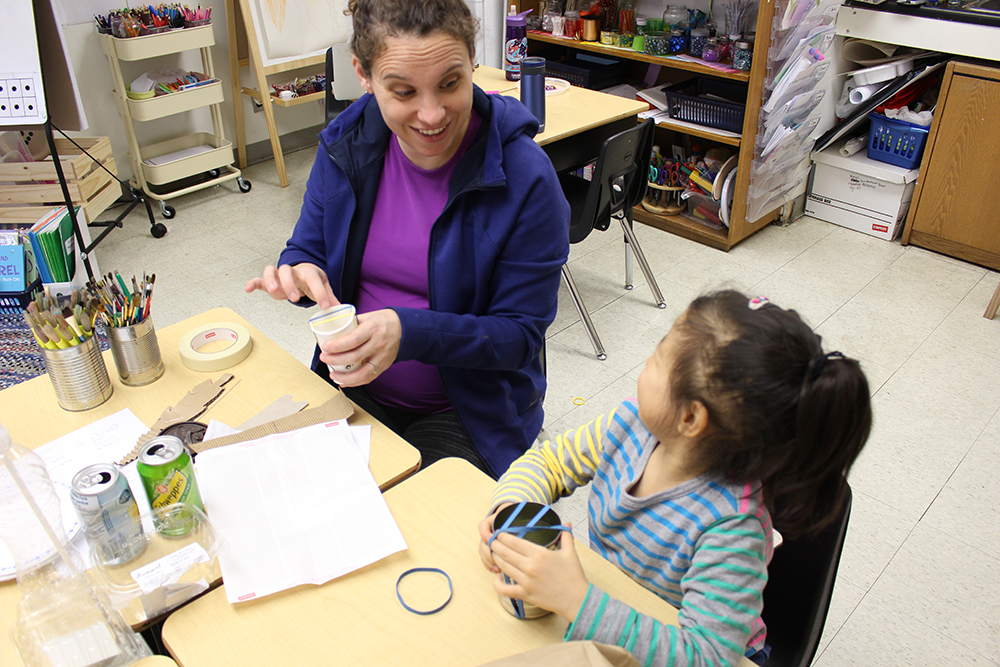 Elizabeth shows M the different sounds that her rubber bands make based on their thickness. M is inspired to try something similar as she creates her instrument. 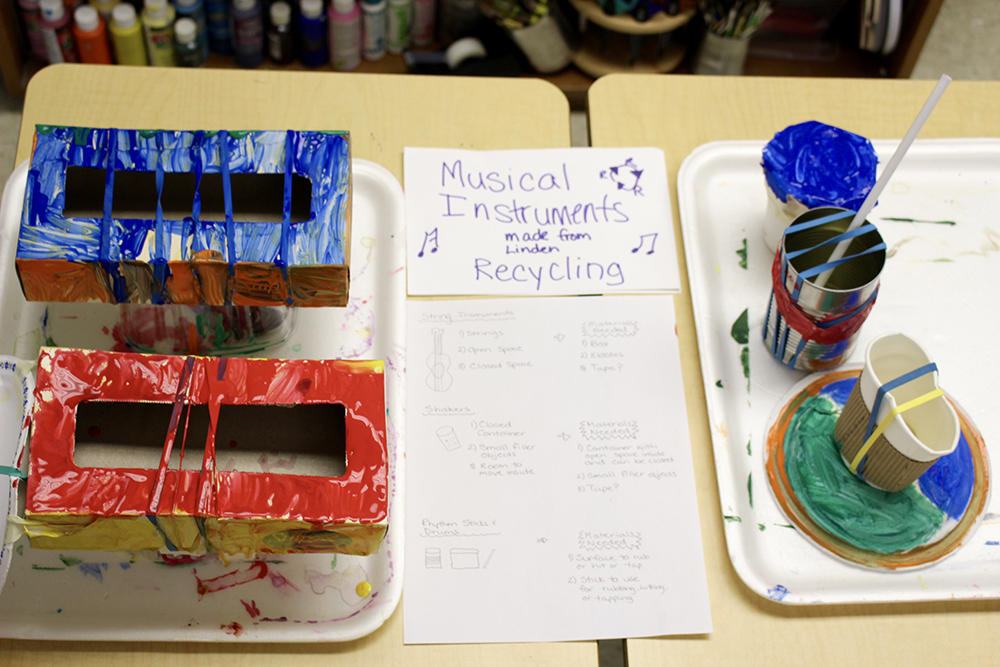 The instruments are painted and complete, ready to be played during our Women's Day march on March 9th.