Residential Schools: Learning about a Dark Chapter in Canadian History 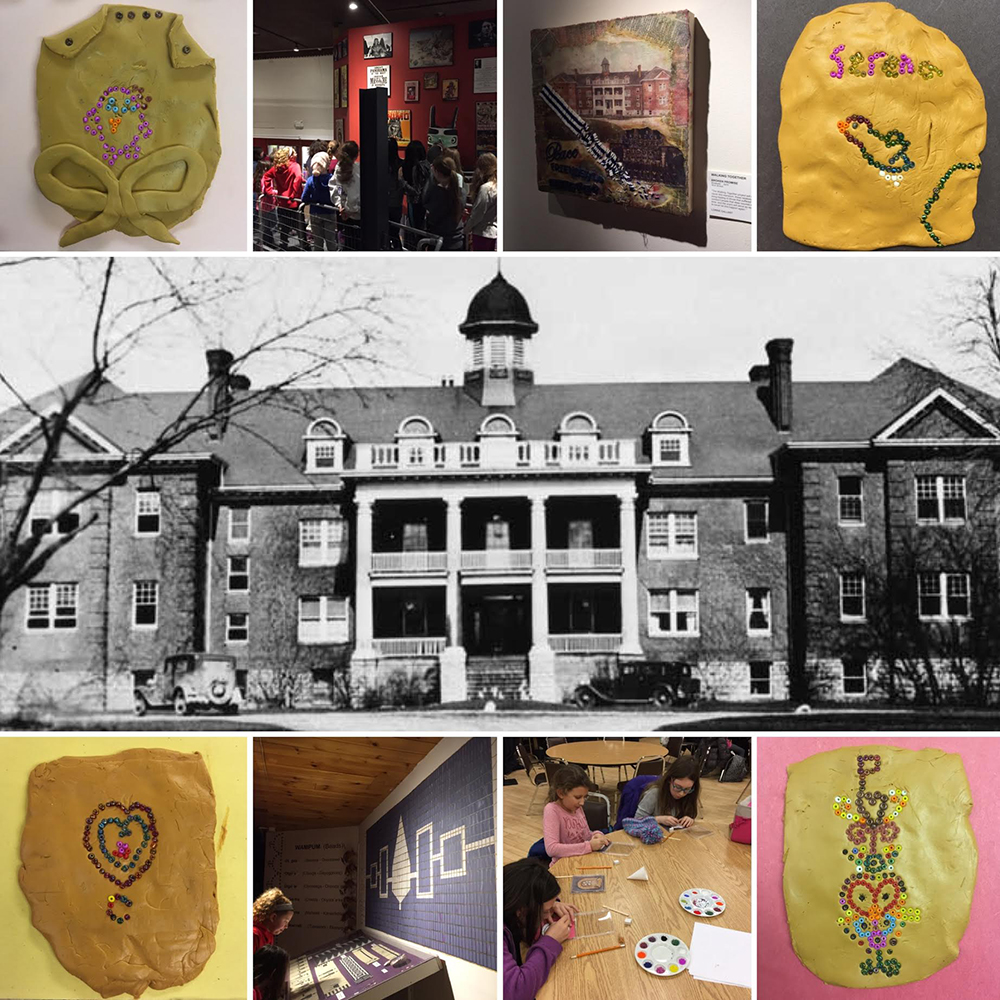 On February 1st, students from Grades 5, 7, 8, and 10 ventured out of the city by school bus to visit an important historical site near Brantford. Formerly known as the Mohawk Institute Residential School, the Woodland Cultural Centre operated as a residential school until 1970 and was the oldest continuously Anglican-operated residential school in Canada. In 1972, ownership of the school was transferred to the Association of Iroquois and Allied Indians who established a museum and cultural centre at the site. Linden students toured the centre to learn about the history of colonization and broken treaties, as well as the traditions of the Woodland people before Europeans arrived. Mohawk community members and children of residential school survivors led a discussion of the multi-generational impacts of residential schooling and then students took a virtual tour of the Mohawk Institute Residential school building next door, which is currently being restored as an educational site.

Linden students spoke passionately about the desire to share their learning with Canadians who were unfamiliar with the history of residential schooling. Many were very moved by a story told by one of the survivors in which older students held young students on top of a row of lockers that ran beneath a hot water pipe. They told the younger students to grasp the pipe as a way to mimic the warm embrace of a parent while they were away, often for years at a time. They also expressed wonder at the precious belongings, like candy wrappers and small toys, that were found hidden in the floorboards and in the walls of a hidden crawlspace that older children used to visit each other when they were separated by gender.

High school students who attended this trip have also been deconstructing the impact of Canada's 150th birthday celebration in their classes, using the knowledge they gained from their visit to the Woodland Cultural Centre. We hope to be able to take other Linden classes to this important historical site in future years.