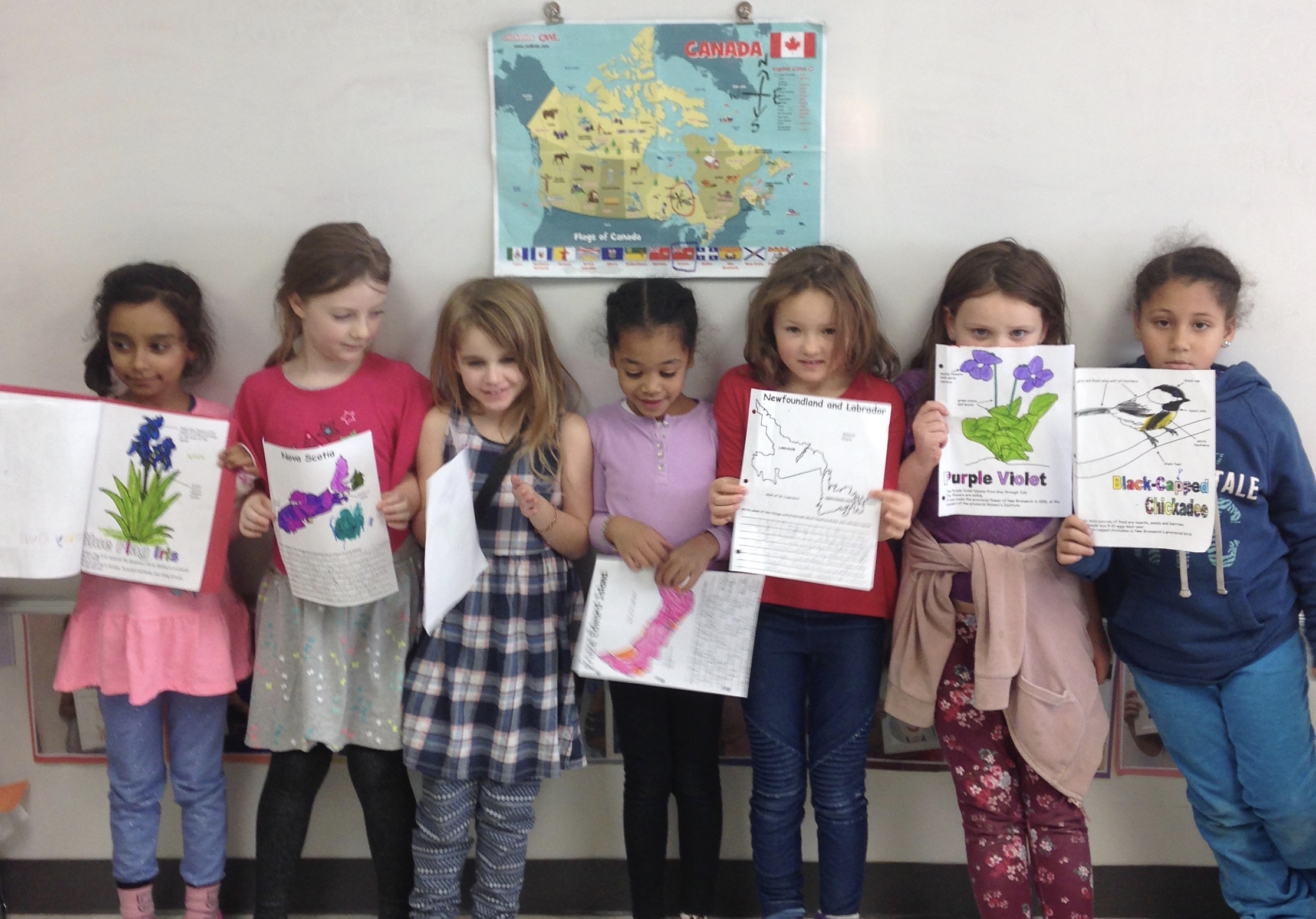 Aligning with the Social Studies and English curriculum, the students explored our country and its provinces. By engaging in this particular exploration, the grade one/two students further developed their research and mapping skills. First, they looked at the province of Ontario and its specific unique features, in addition to us all calling it home. Then the students decided on researching an Eastern province of their choice. Some students' excitement led them to do research an additional province. When their hard work was complete, the students presented their interesting findings to willing listeners of our community - the Early Learners and a mix of Linden teachers. In this blog, you will read excerpts of what the grade one/two students found interesting about the provinces that they researched. I hope that you enjoy reading their work as much as they enjoyed researching and sharing new facts about our country. 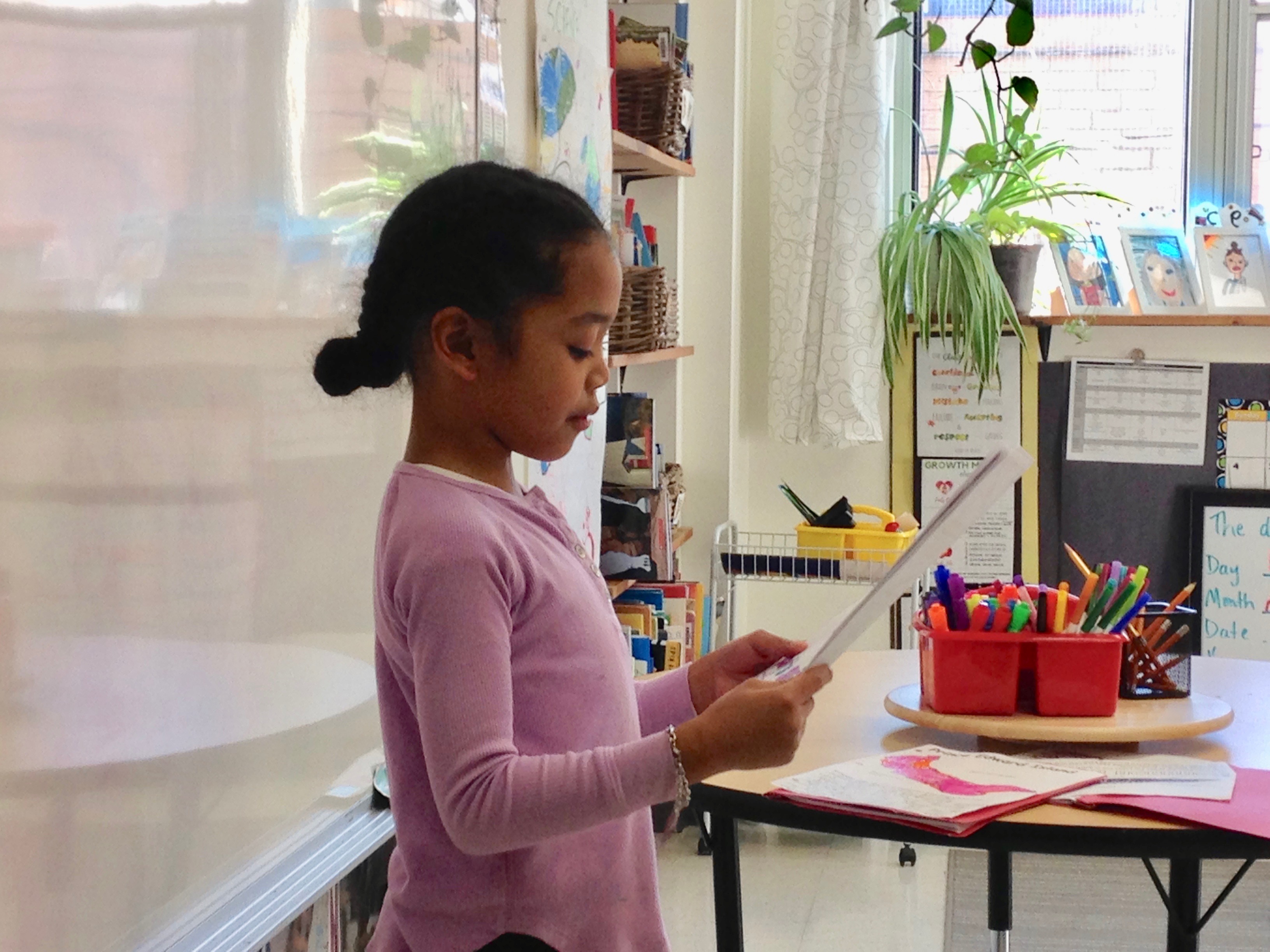 Prince Edward Island: " Confederation Bridge is an engineering marvel. It is the longest bridge over ice forming water in the world. It was built bit by bit." 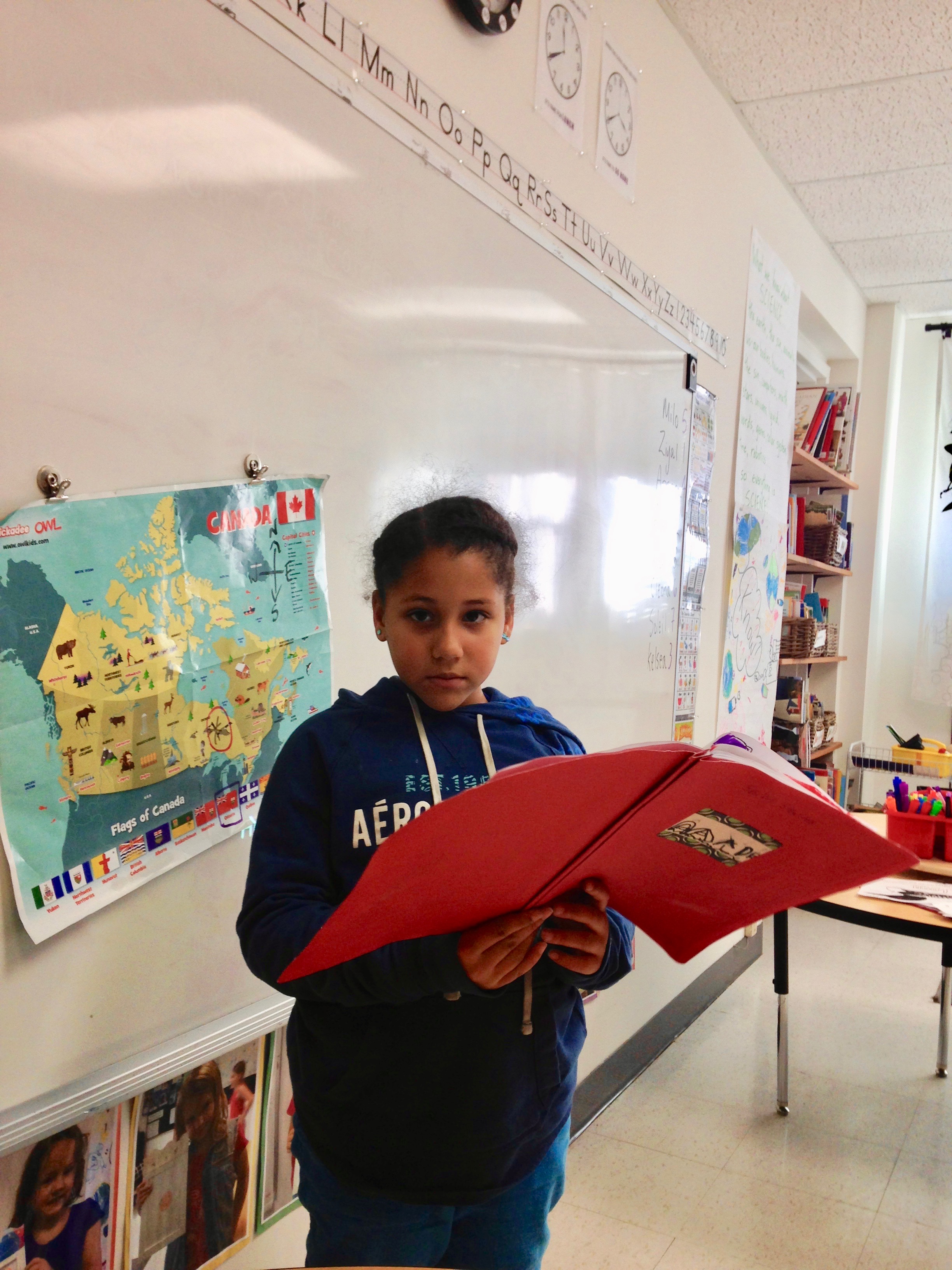 New Brunswick: "New Brunswick has a long bridge. It goes all the way to PEI!!!!! It is also beautiful." 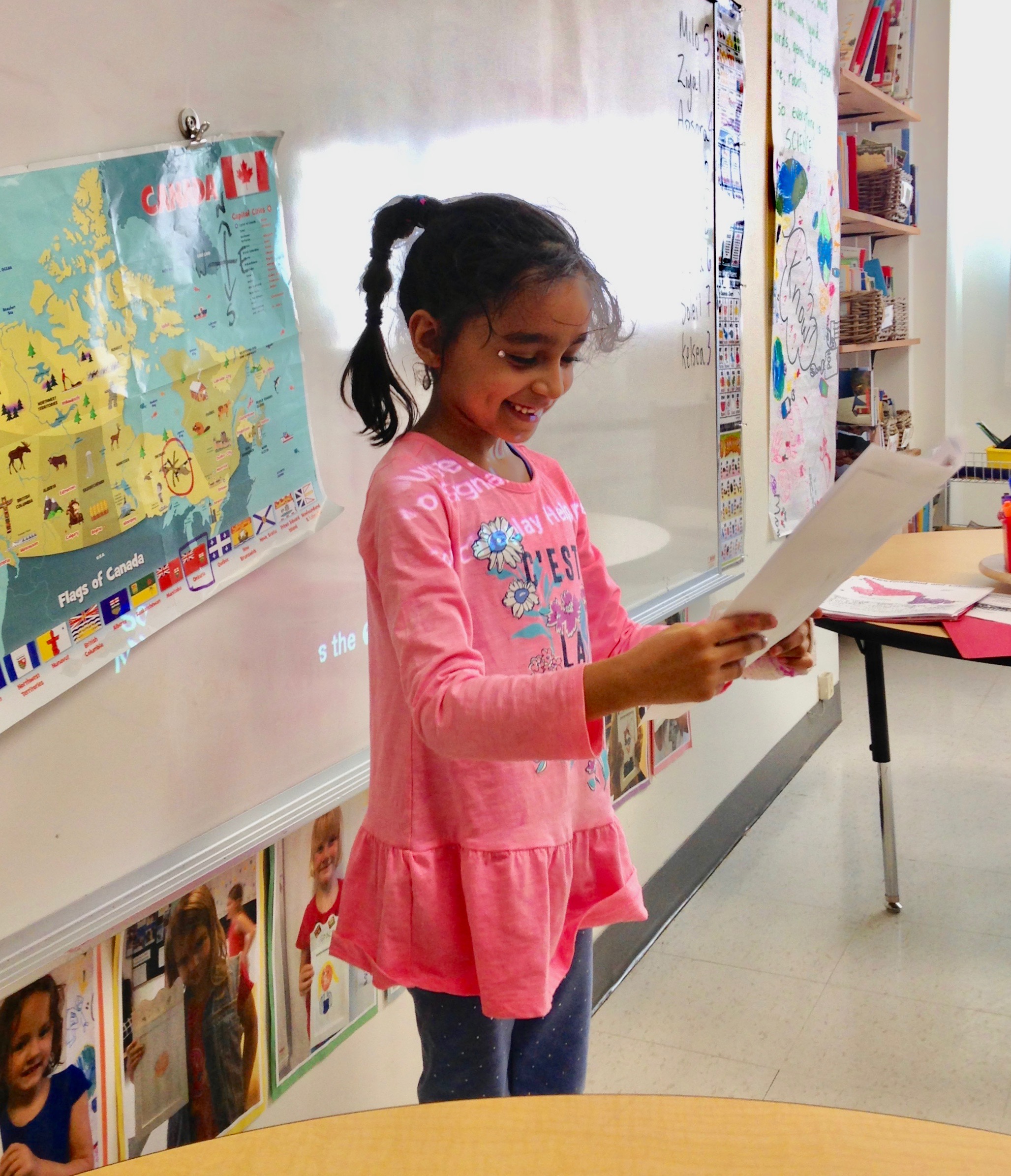 Quebec: "Quebec is Canada's largest province. It is three times the size of France!!!! From the northern Arctic to the forests, mountains and rich farmlands, most of the province is covered by they ancient rocks of the Canadian Shield." 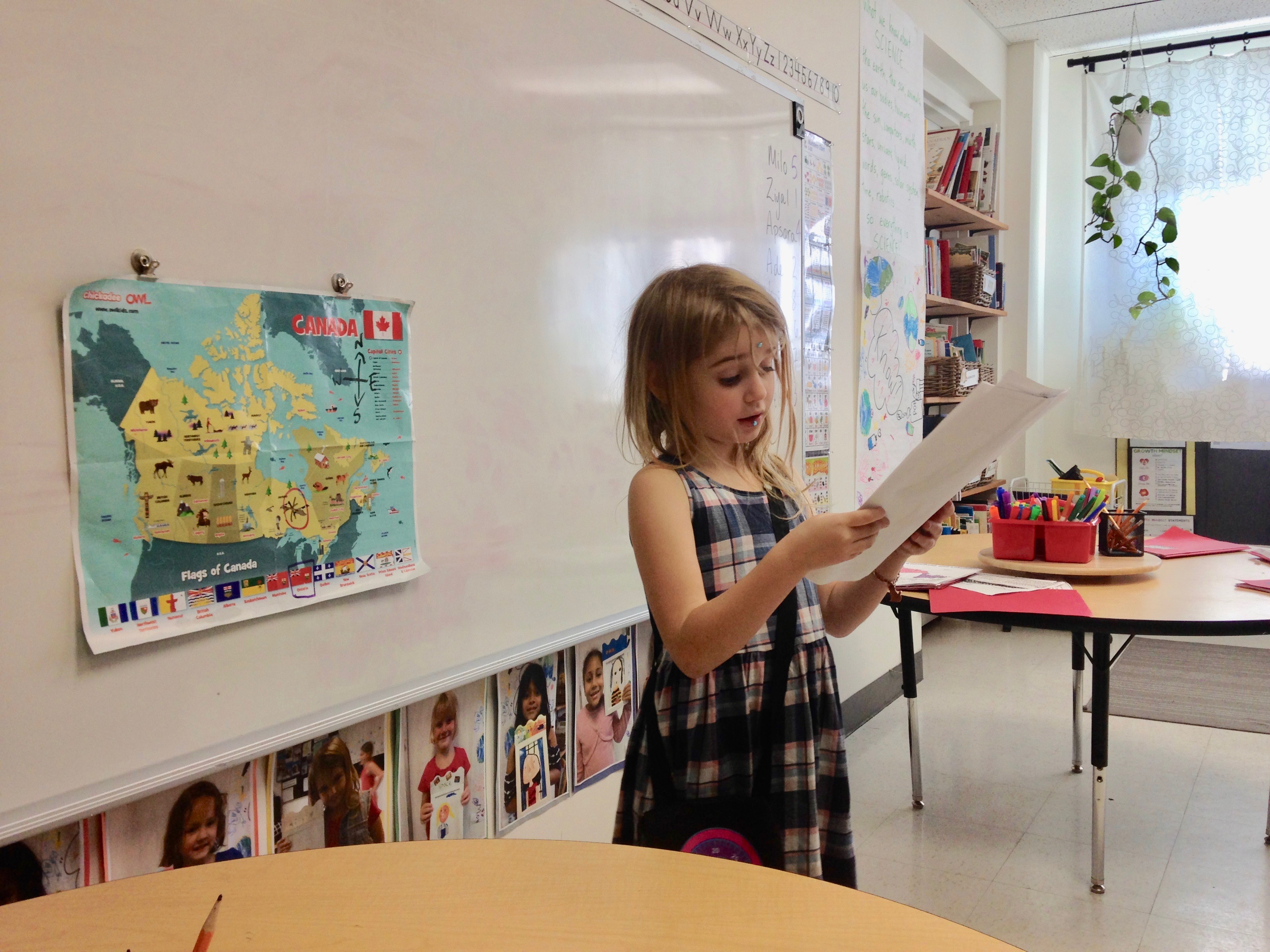 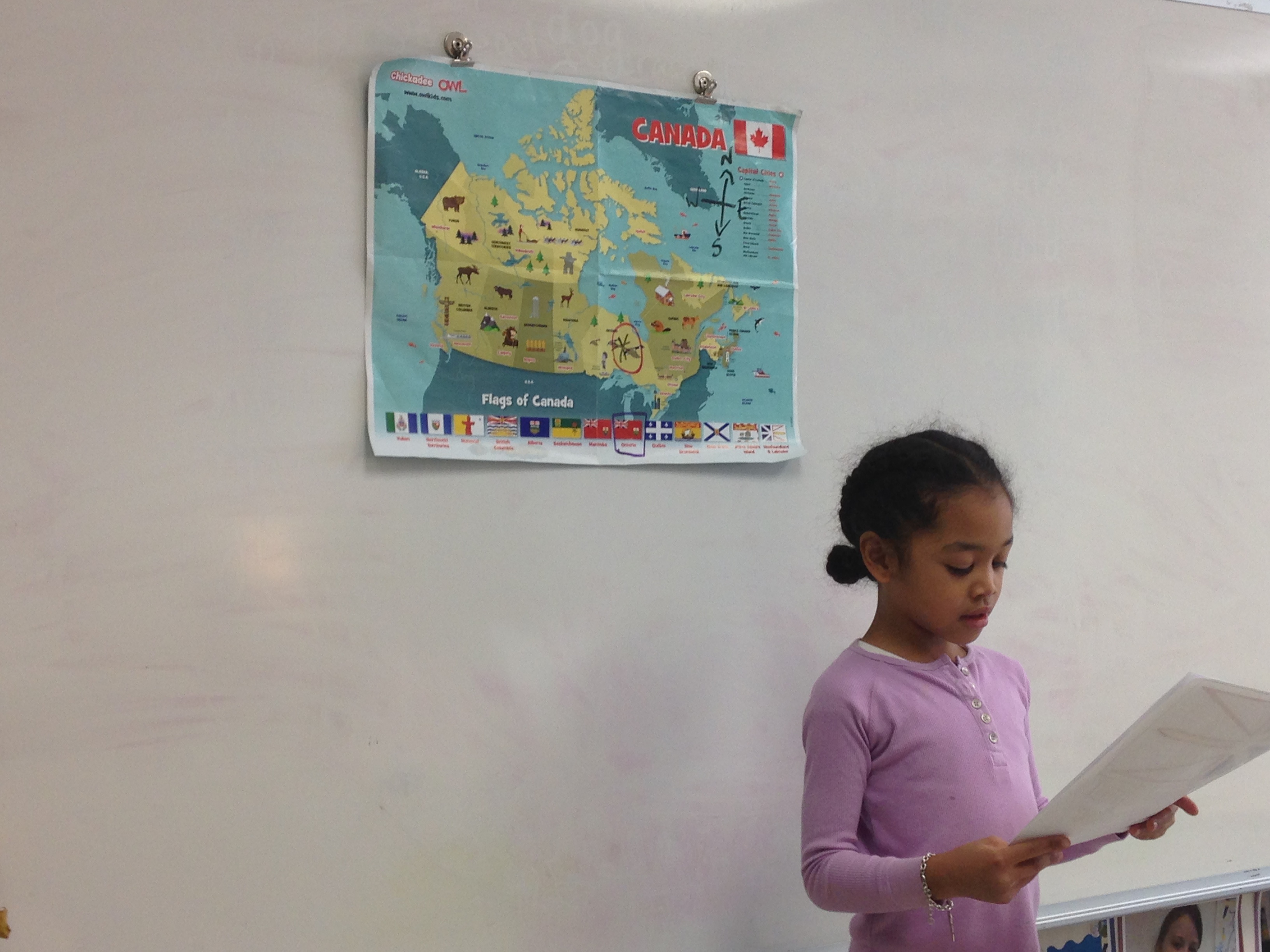 Both students (Z and M above) stated the same information for Newfoundland and Labrador: "More than 1000 years ago Vikings built a settlement here. In the spring and summer, icebergs float south down the coast on the Labrador current." 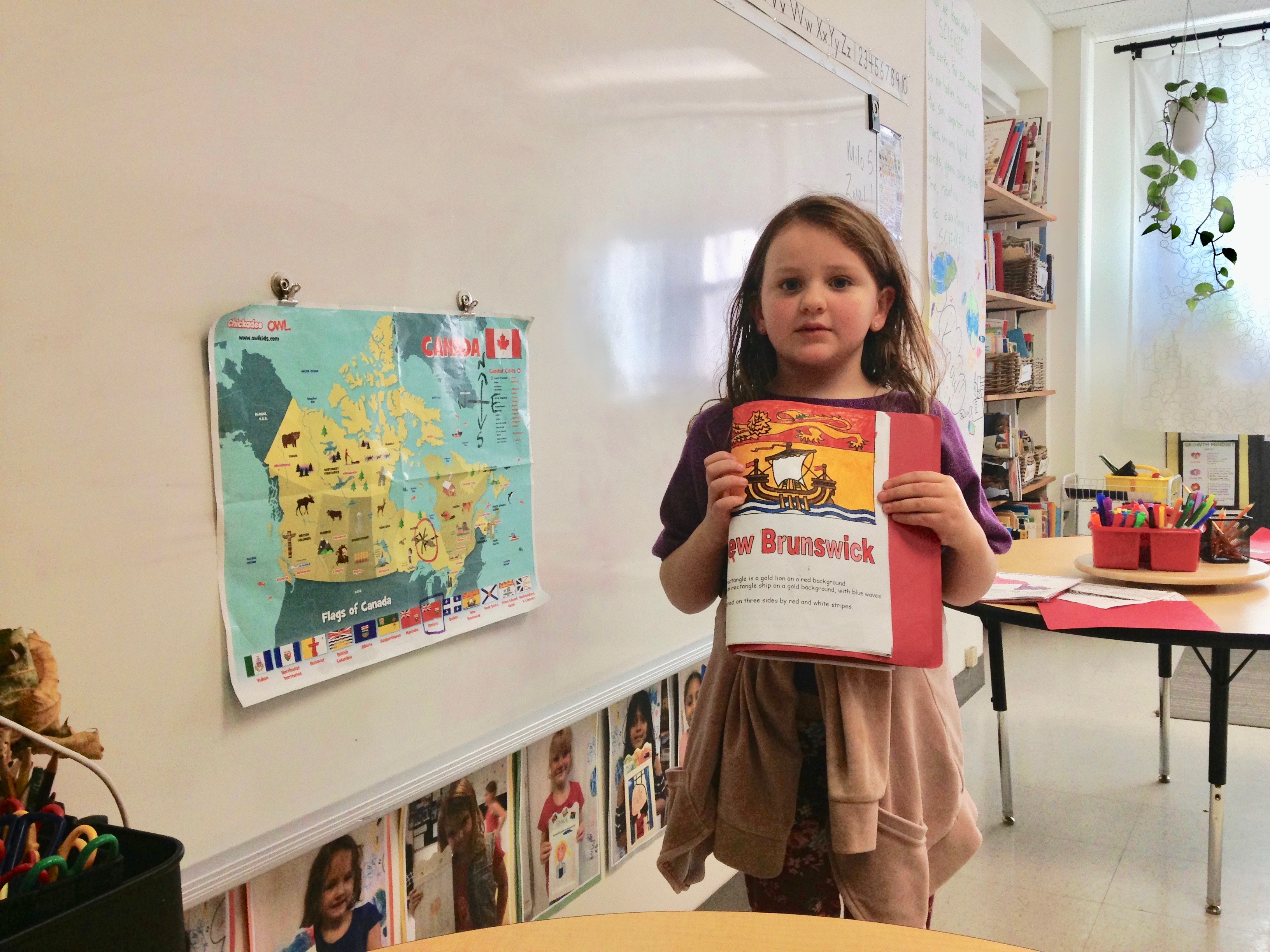 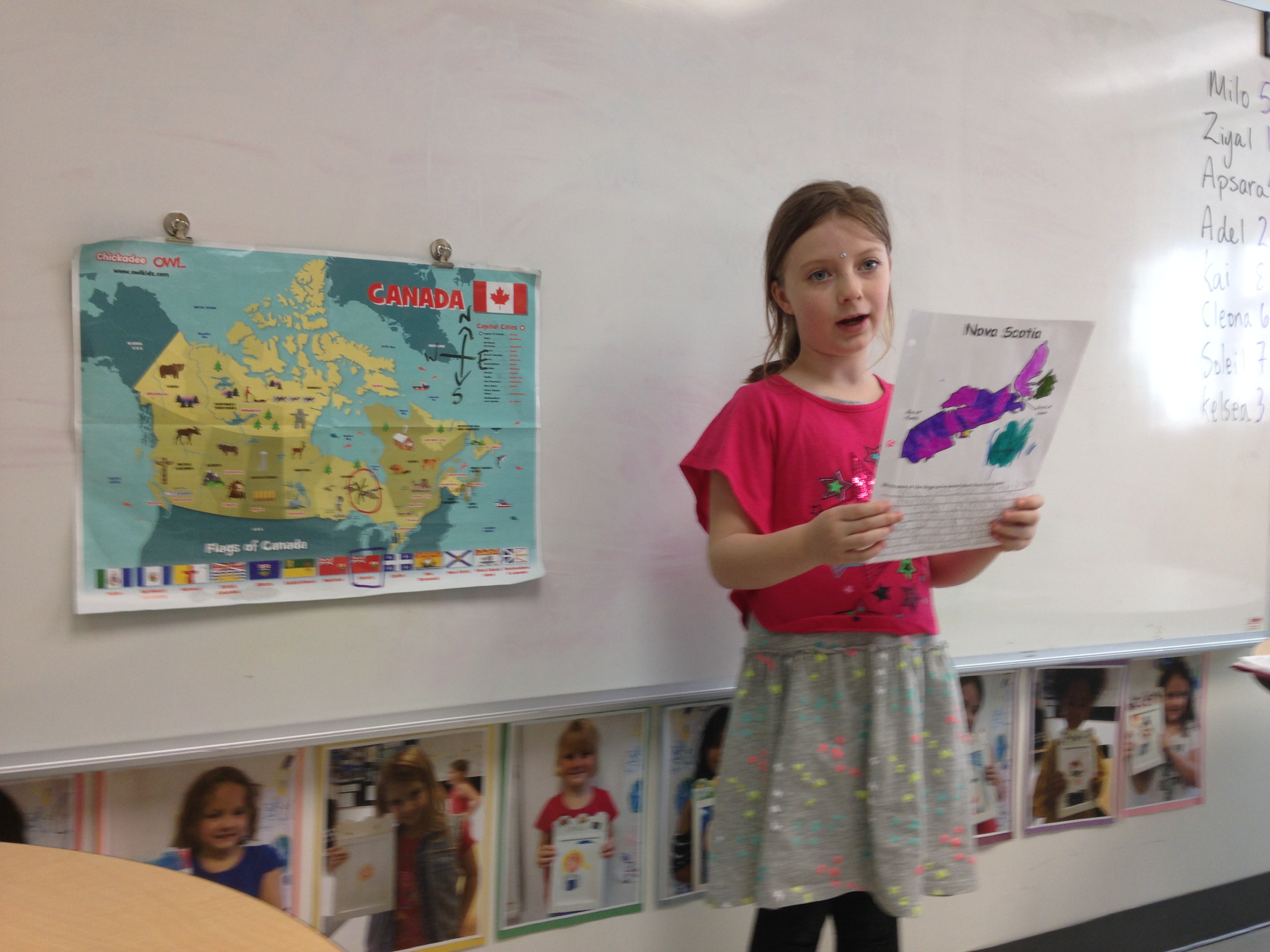 Nova Scotia: "Nova Scotia is the second smallest province in Canada. Folk music tells stories of the past, so does the work of artists giving a glimpse of life there. Folk art was first created by farmers and fishermen in their free time." 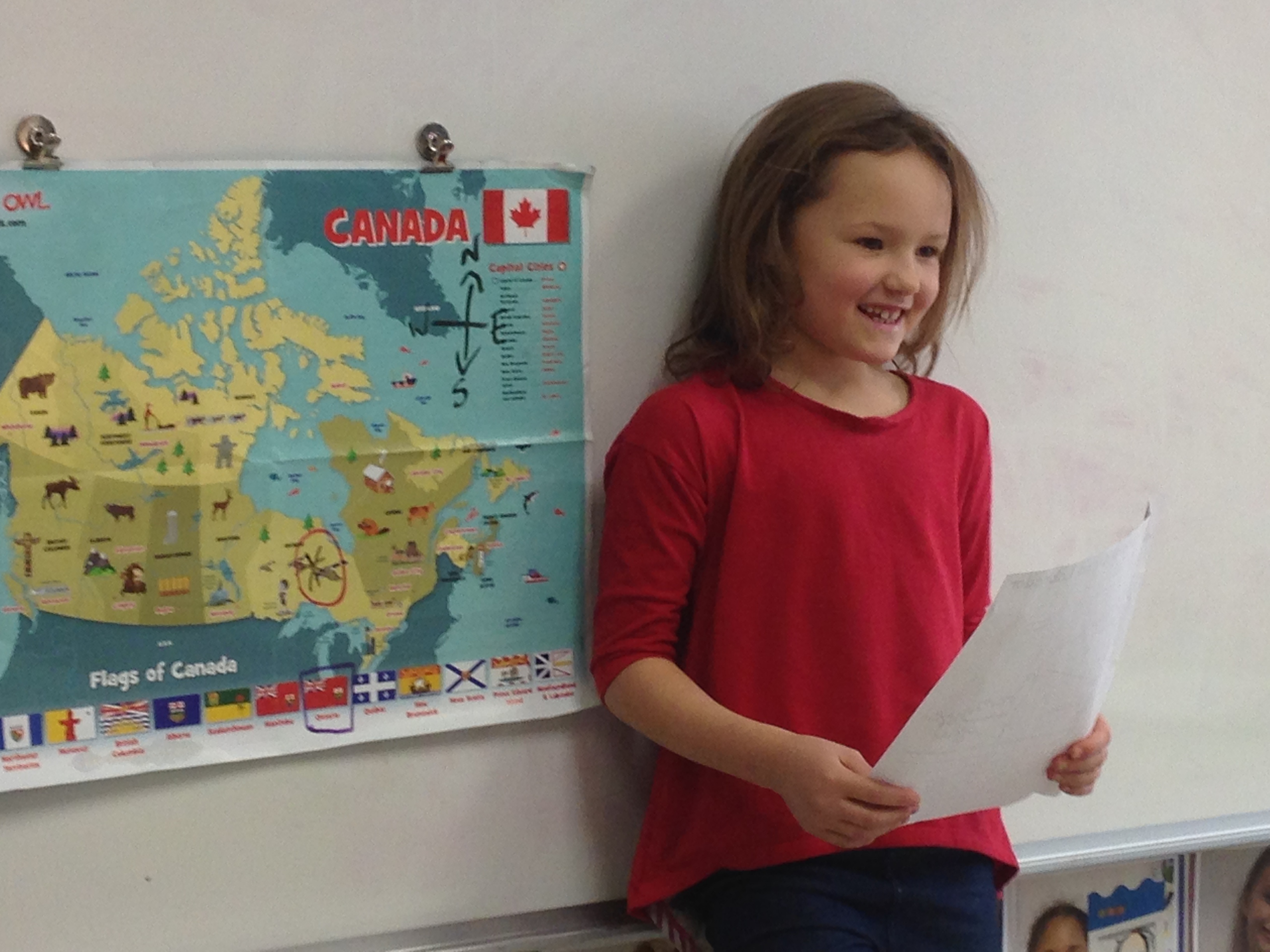 Newfoundland and Labrador: "Northwest of the Avalon is the Bonavista Peninsula. In the summer it is famous for people coming to spot Humpback whales and watch icebergs." 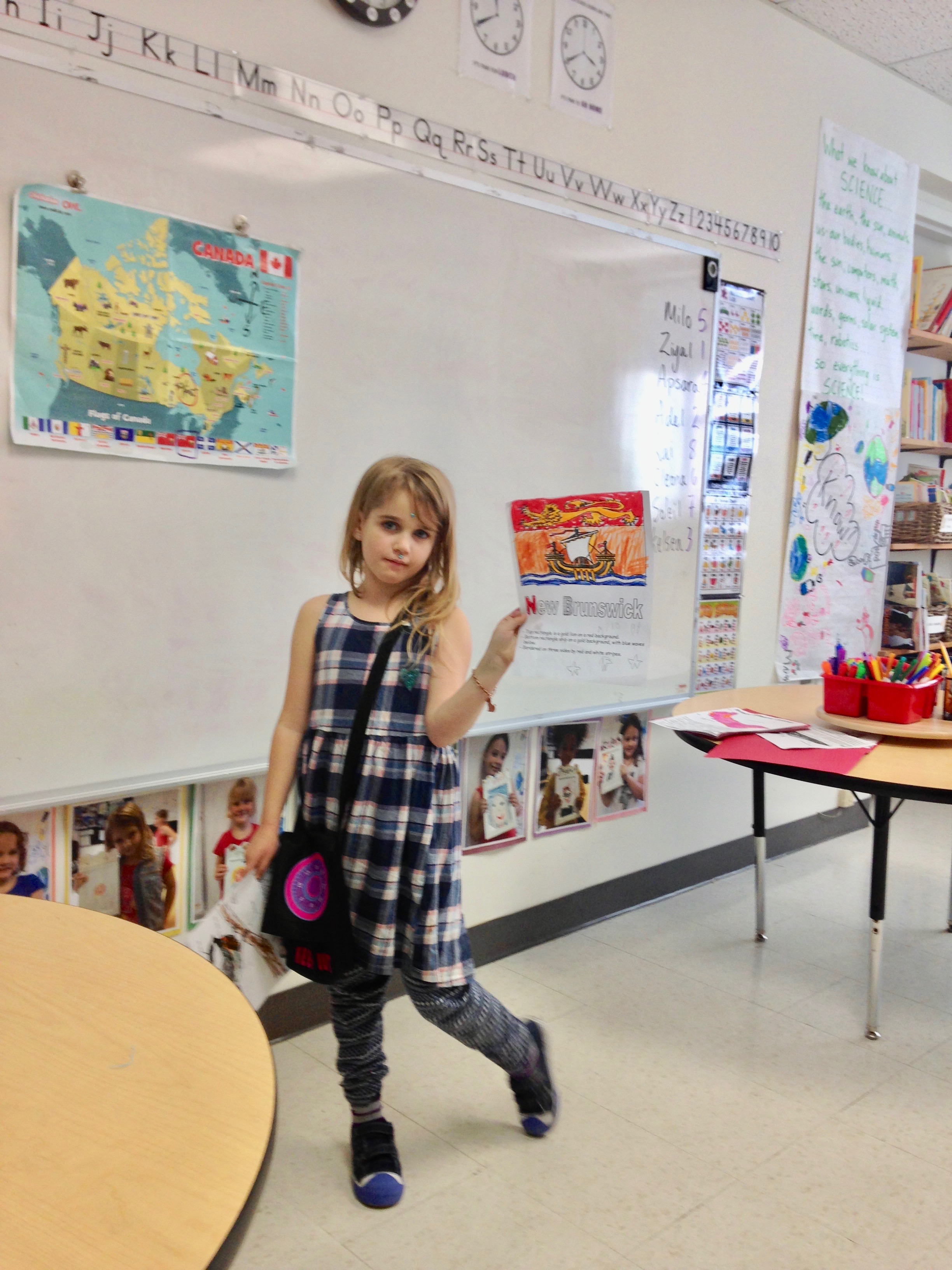 New Brunswick: "The New Brunswick bird is called the Black-capped Chickadee. There were hundreds of sawmills in New Brunswick in the early 1800s, all located near rivers." 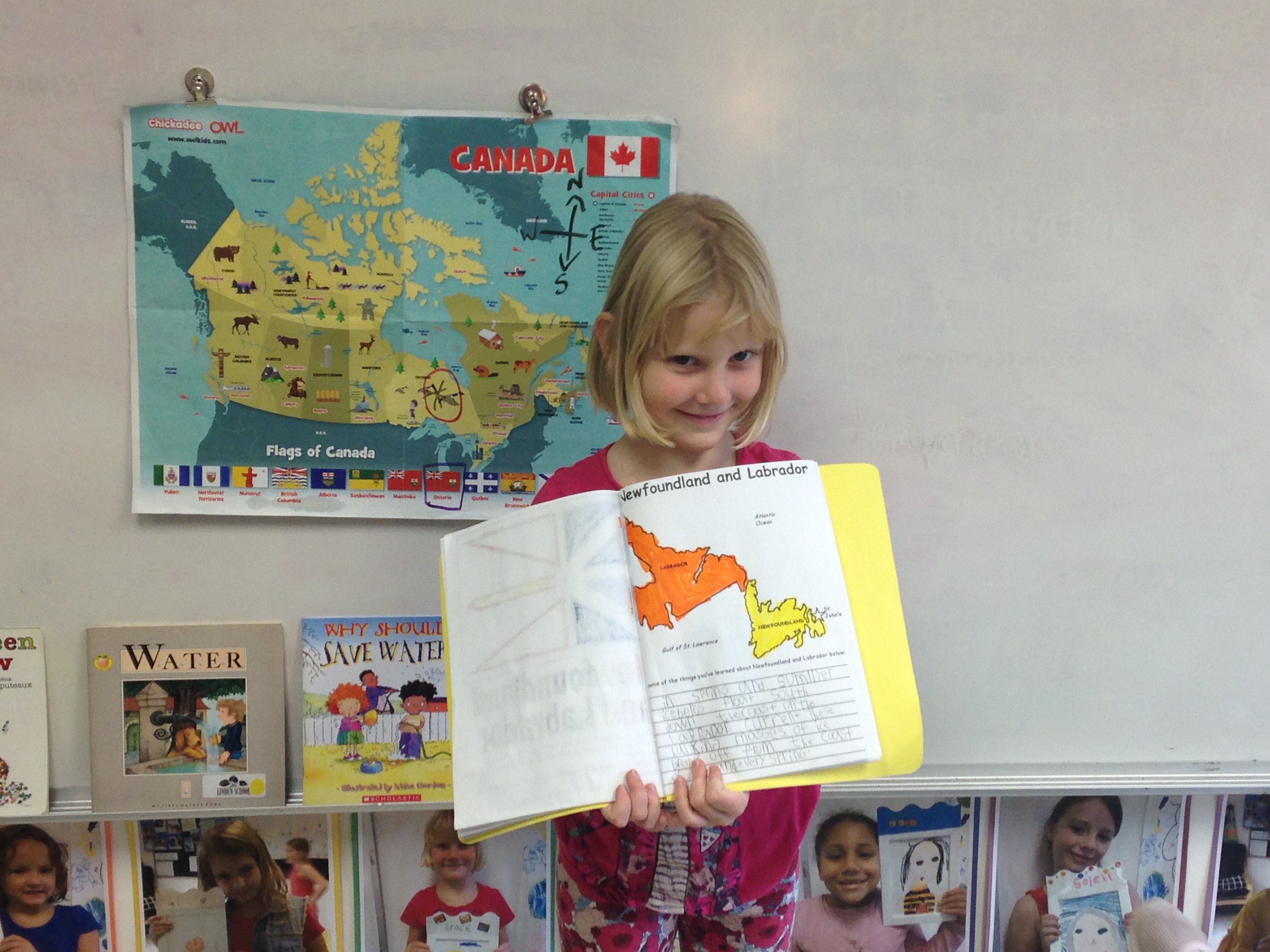 After her presentation, G, in grade one, proudly shows us the work she researched on one of her provinces - Newfoundland and Labrador.