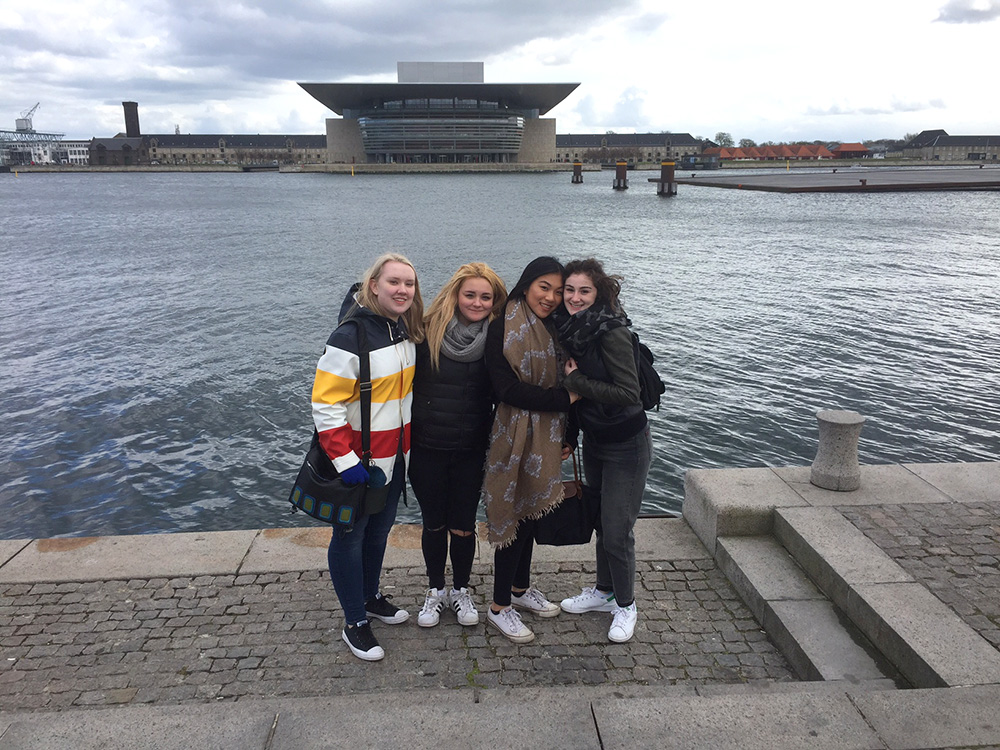 Linden students from Grade 11 participated in Rysensteen Gymnasium’s Model UN in Copenhagen, April 23-30, 2016. Below is the first in a series of blogs our students shared with us.

Today we all woke up very early to meet my dad, Ole, at the central train station for 8:00 am. He had volunteered to take us sight seeing today while our homestay hosts are in school. First, he took us to central Copenhagen where we saw the royal stables, the national museum, and walked past the parliament building, all before we went through the royal library's garden.

The temperature today was quite chilly, so before we continued on our daily adventure, we made a pit stop at a café to get some warm drinks.

After our coffee, we went into a large round tower that was built by King Christian IV in the early 1600s and is well known because it was used as an observatory by the astronomer Tycho Brahe. Then we walked to see colourful houses on the waterfront and fishing boats, and then we went to see the Crown Jewels. Finally, we went to go shopping

After the outing with my father, we met our homestay hosts back at the train station. After we had met up, we went to a café that was quite similar to a café in Toronto called "Snakes and Lattes." When we finished at the café, we all ordered in some traditional Danish food for dinner and ate at Gustav's house, my home stay hosts. 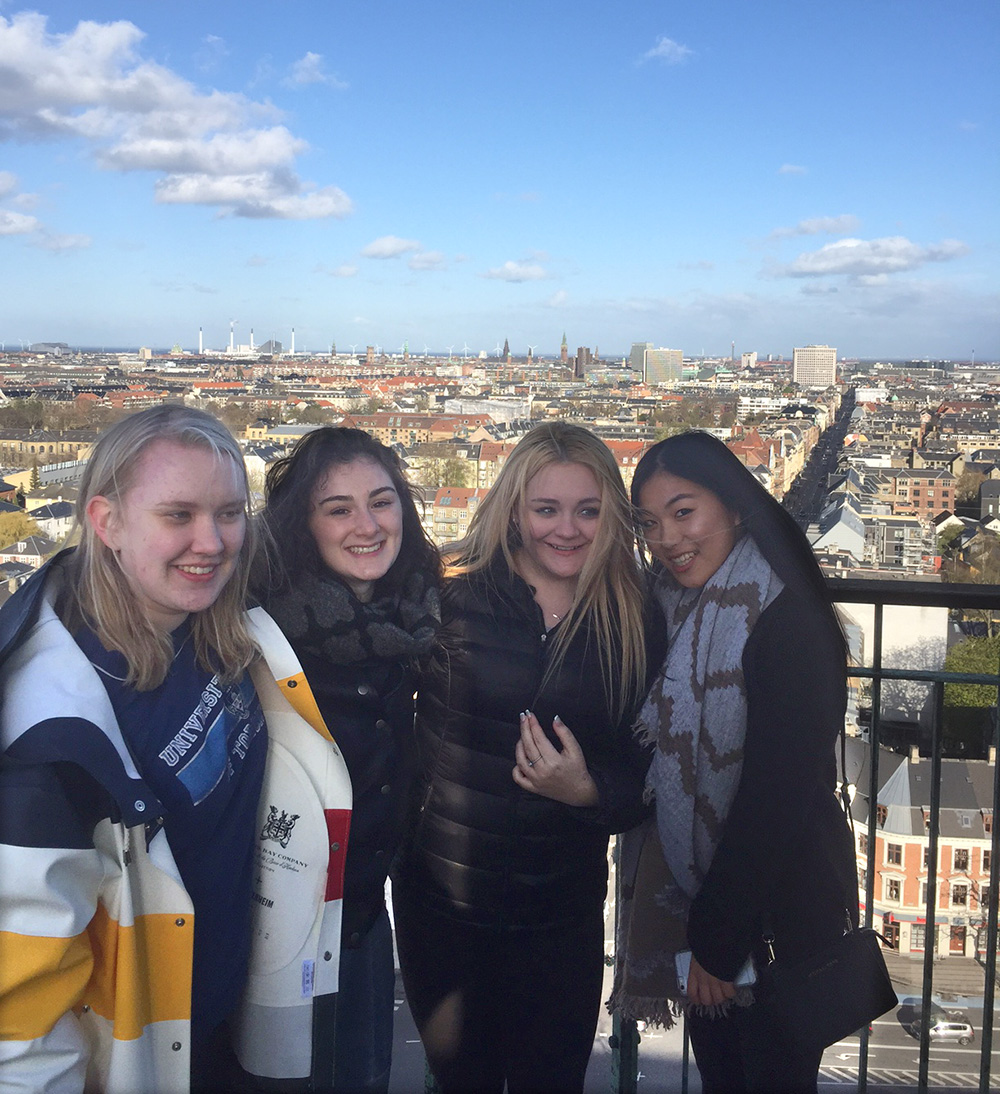 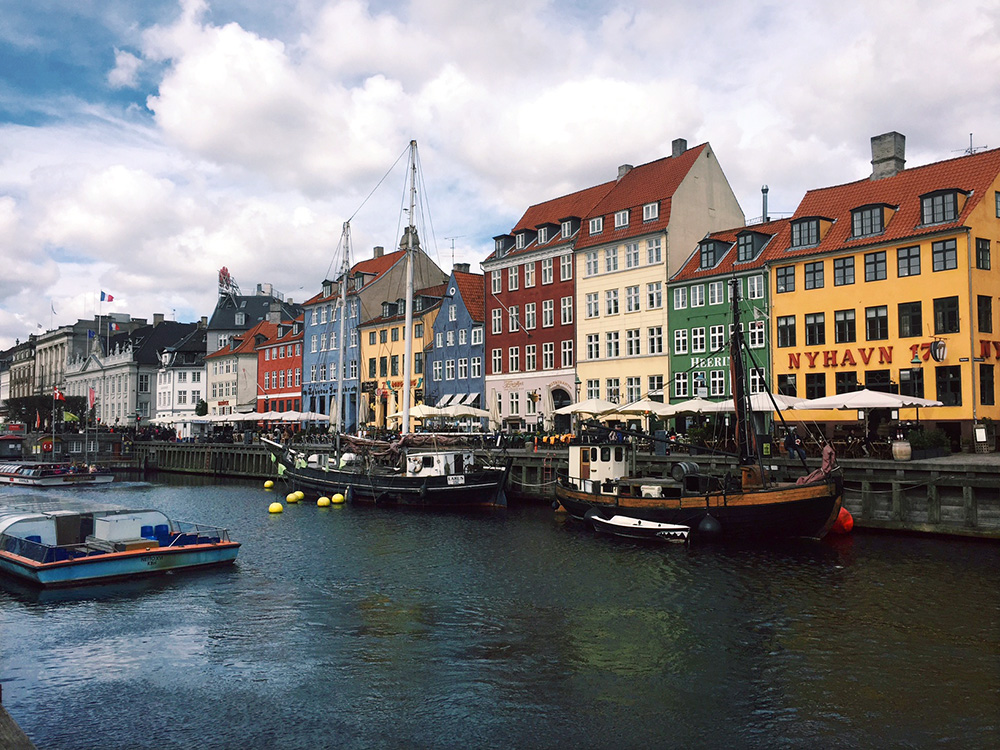 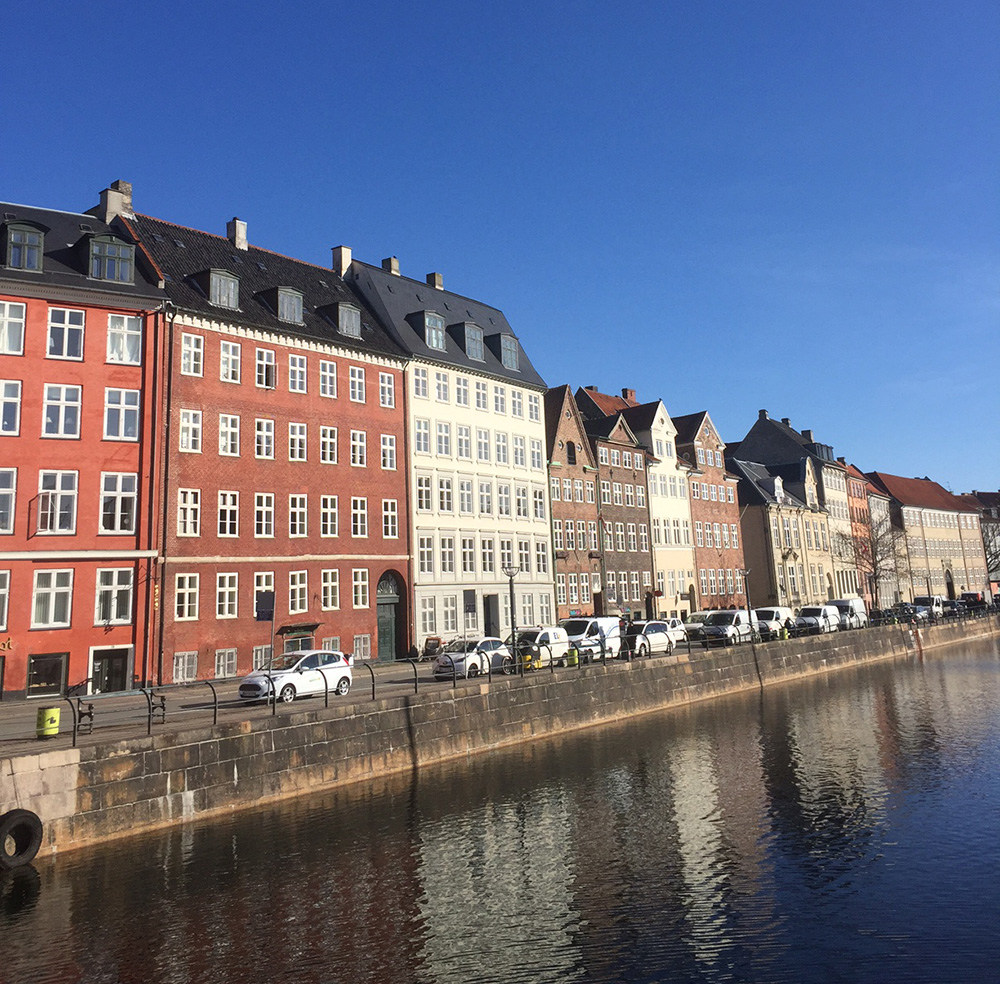 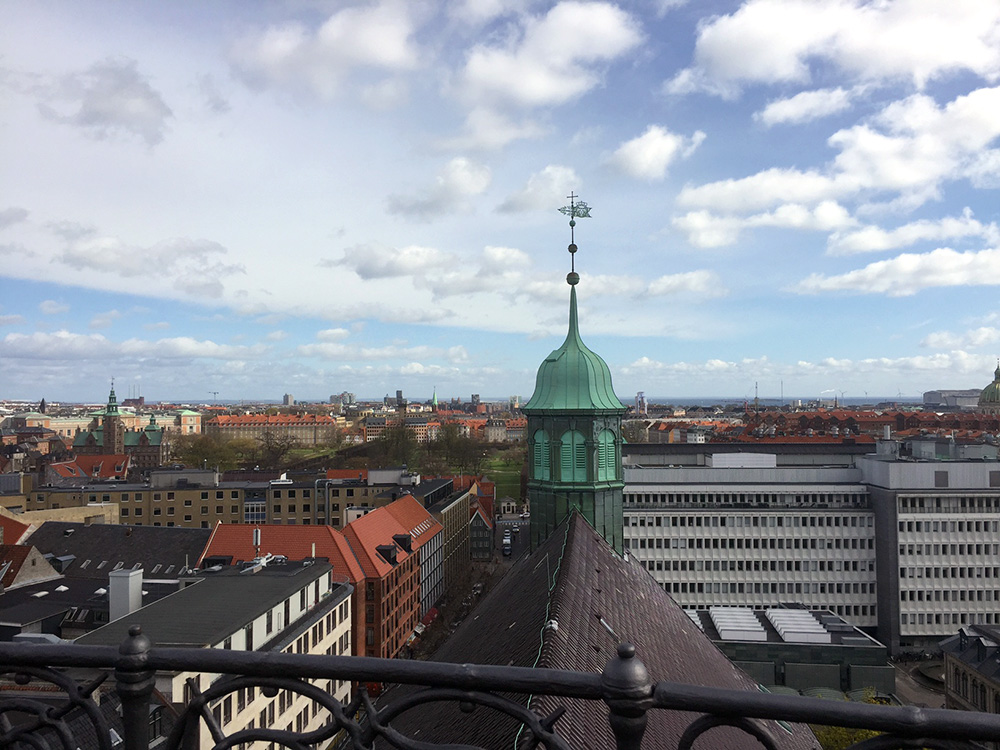 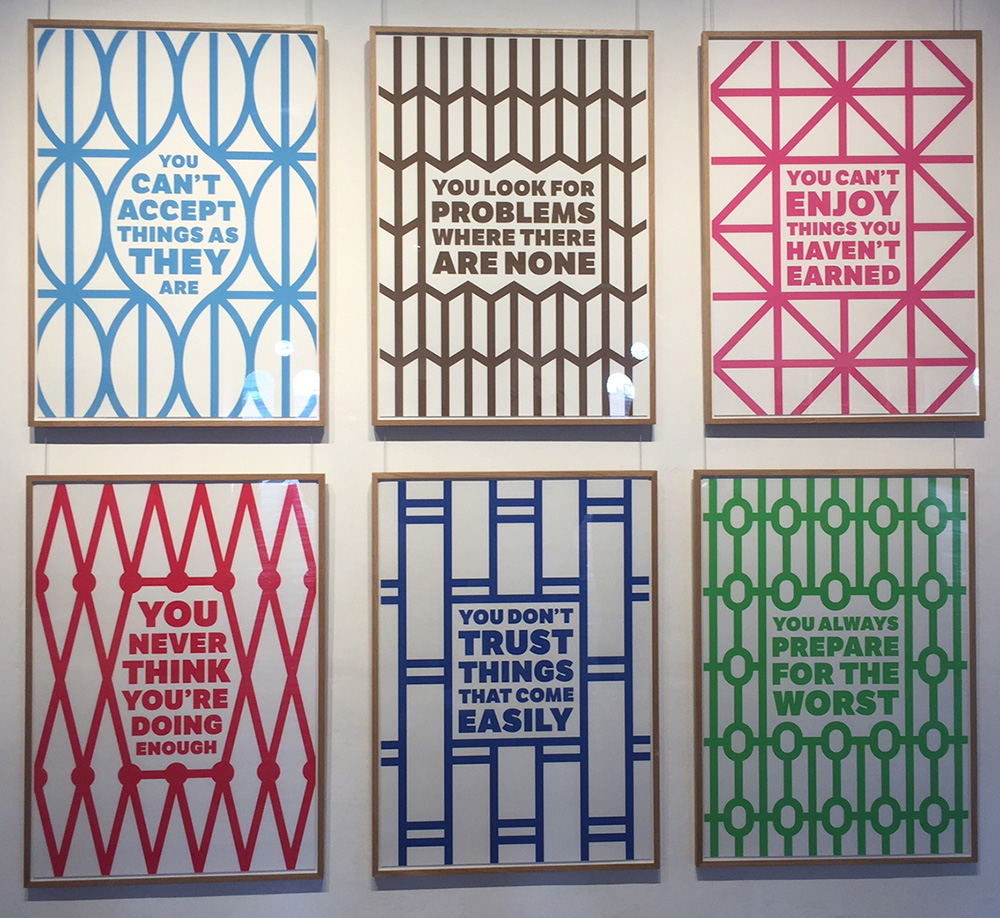 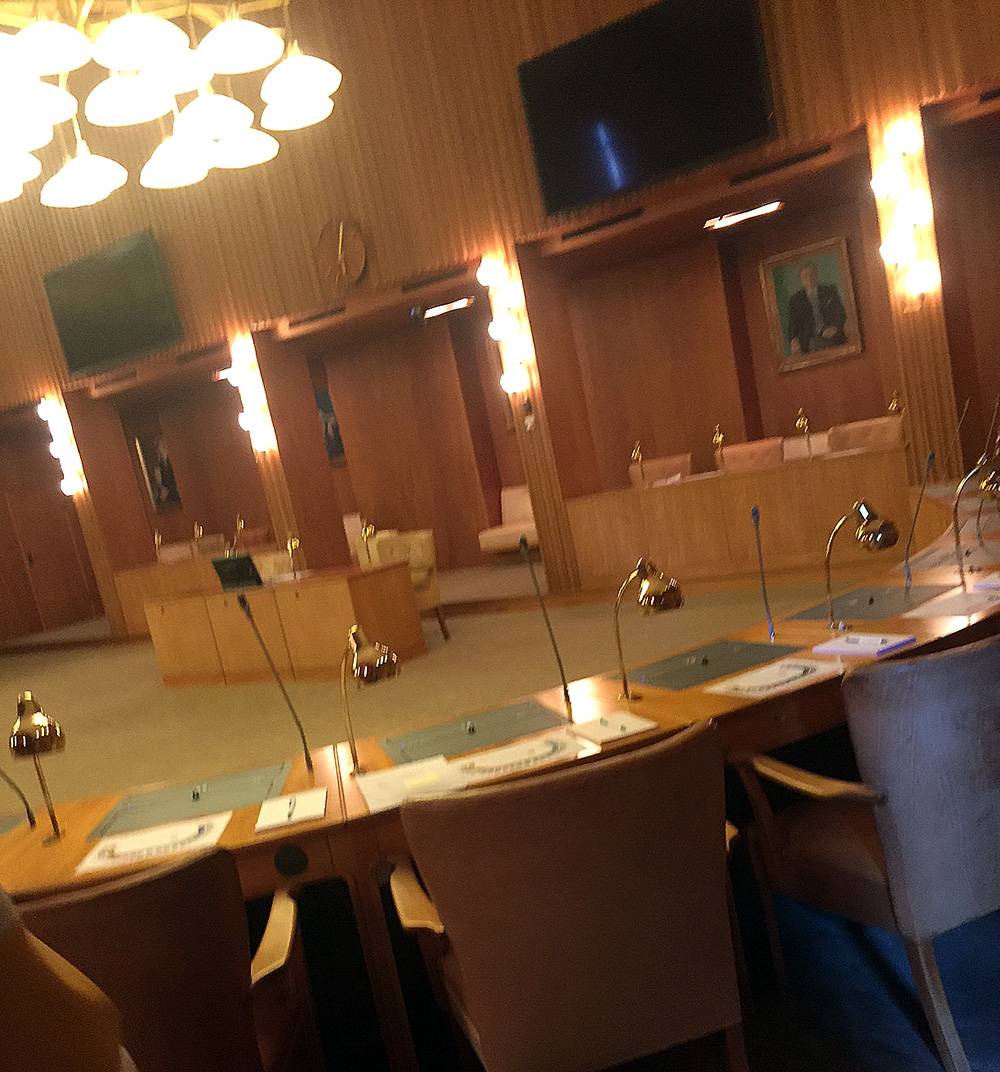 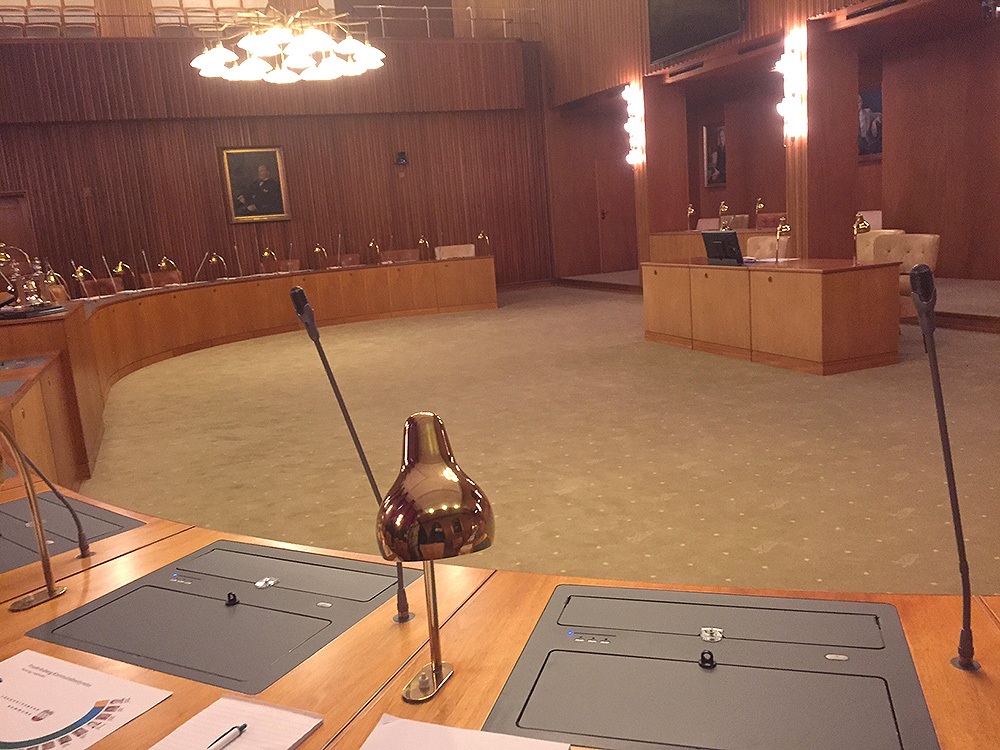