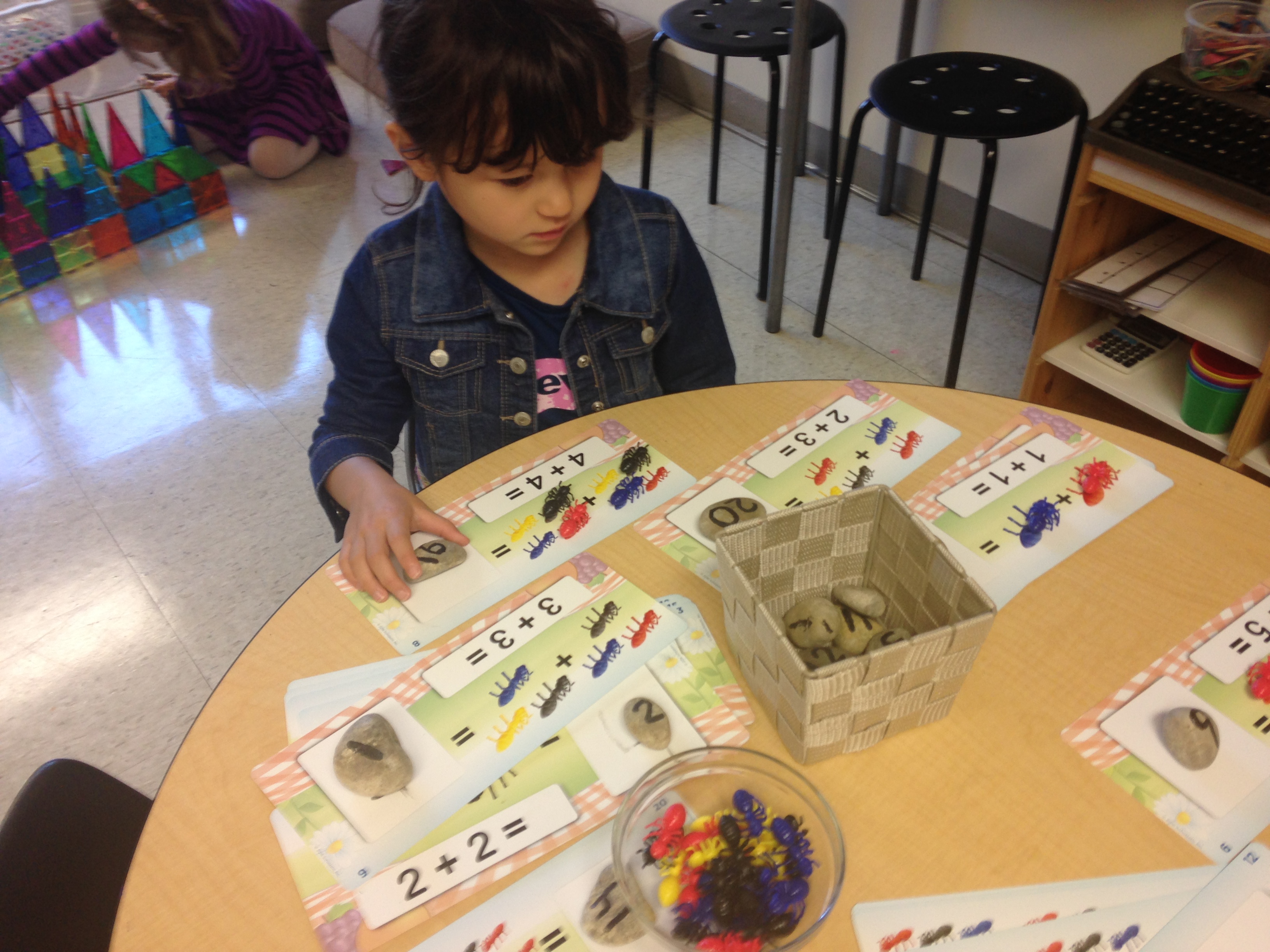 The following demonstrates some of the thoughts shared by the students in the photos and their choices to have these particular photos posted. 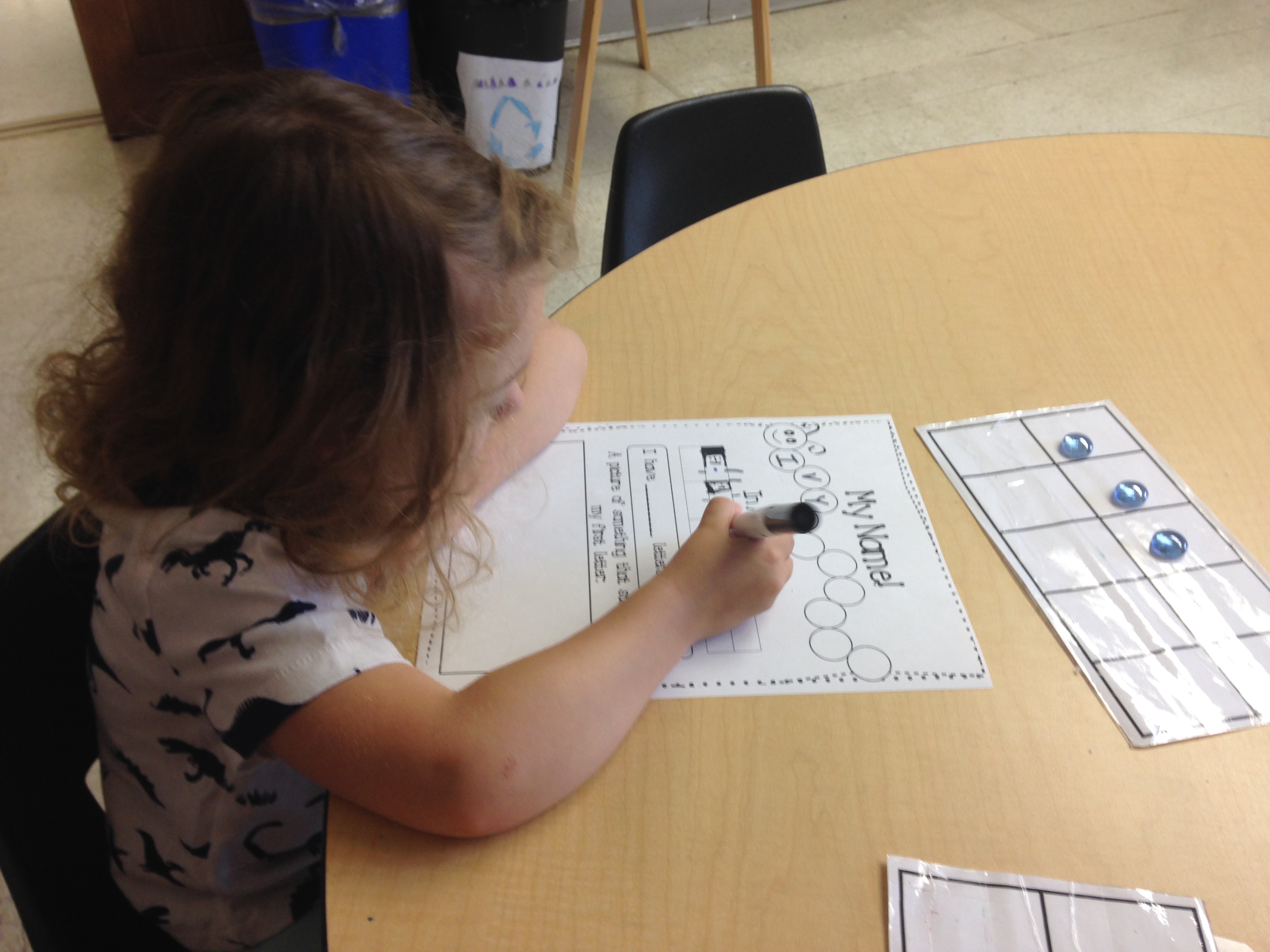 When exploring number, one of the ways to make it relevant is by using the letters of ones' name. The students used five and ten frames, glass beads, and print sheets to explore and compare number. Here, I stated: A and I have the same number of letters in our names. 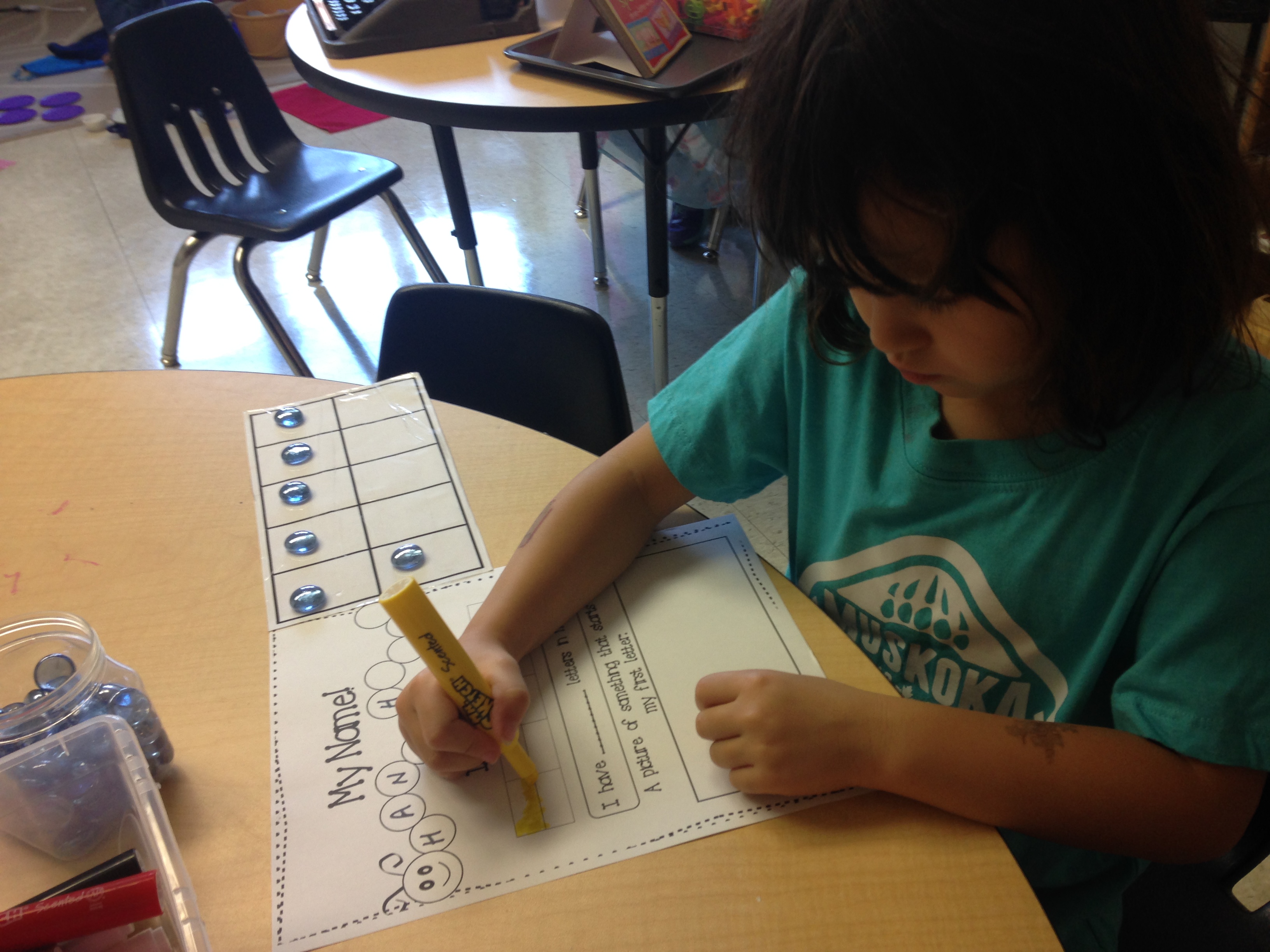 H stated: I have six letters in my name. 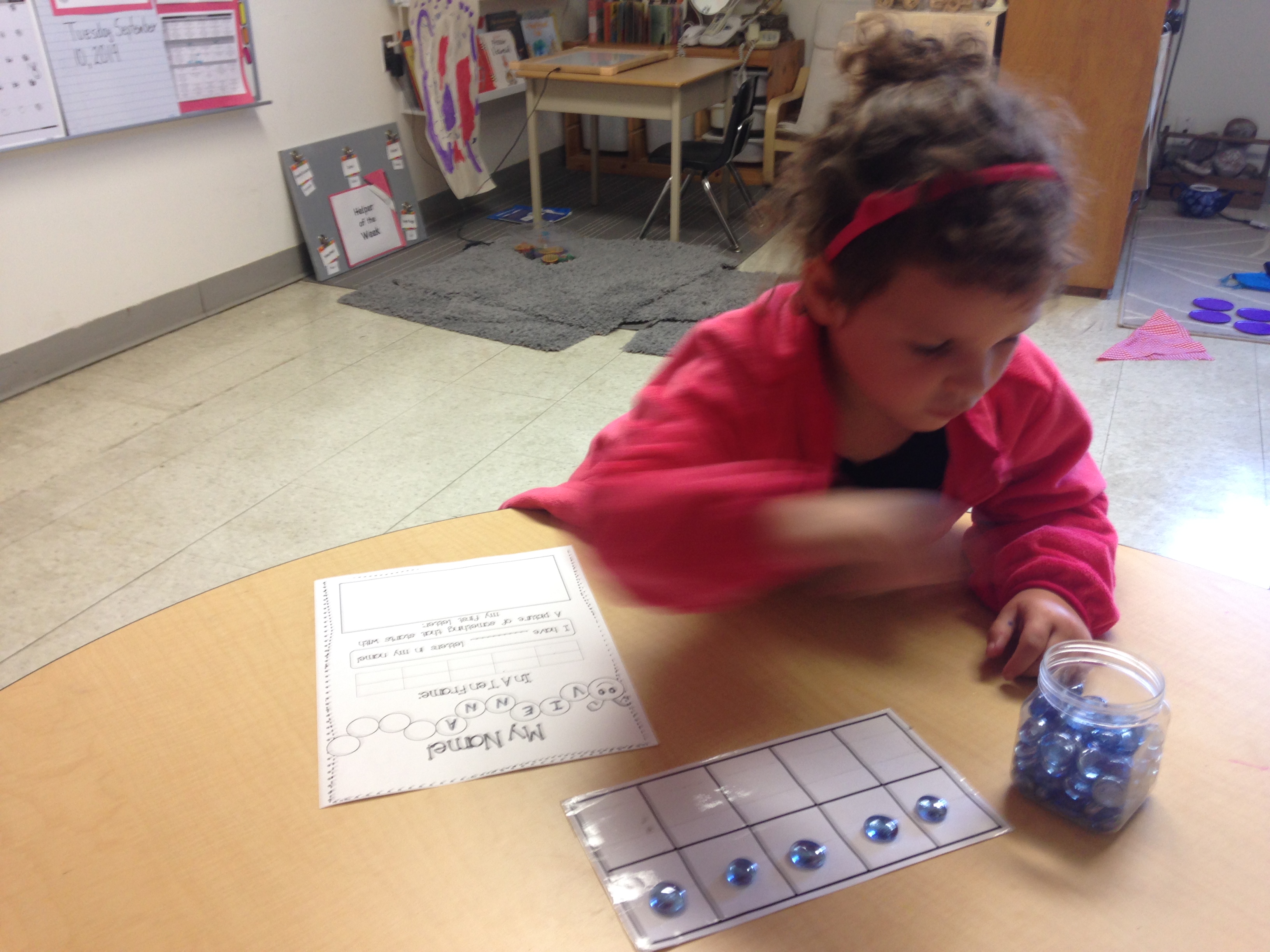 Here, V stated that she loves her headband but that she has nothing to share about her math experience at the moment.

The class explored that numbers can be represented in an organized way, through patterning. Students learned to understand that patterns are predictable, that they repeat, and that they can be shown in a multitude of ways. 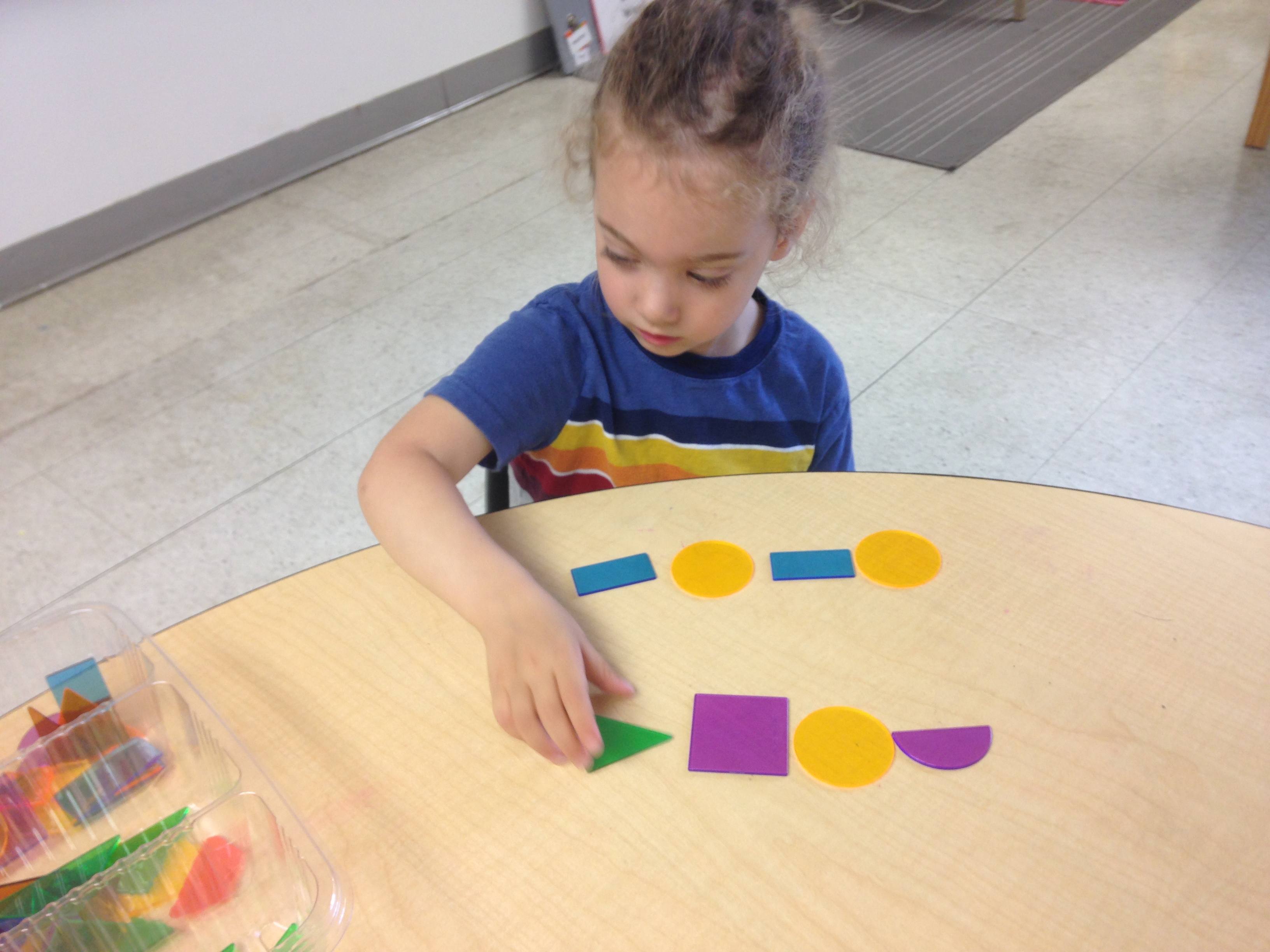 Here, I recalls that she is "doing shapes" and states "I can do what I want with them". 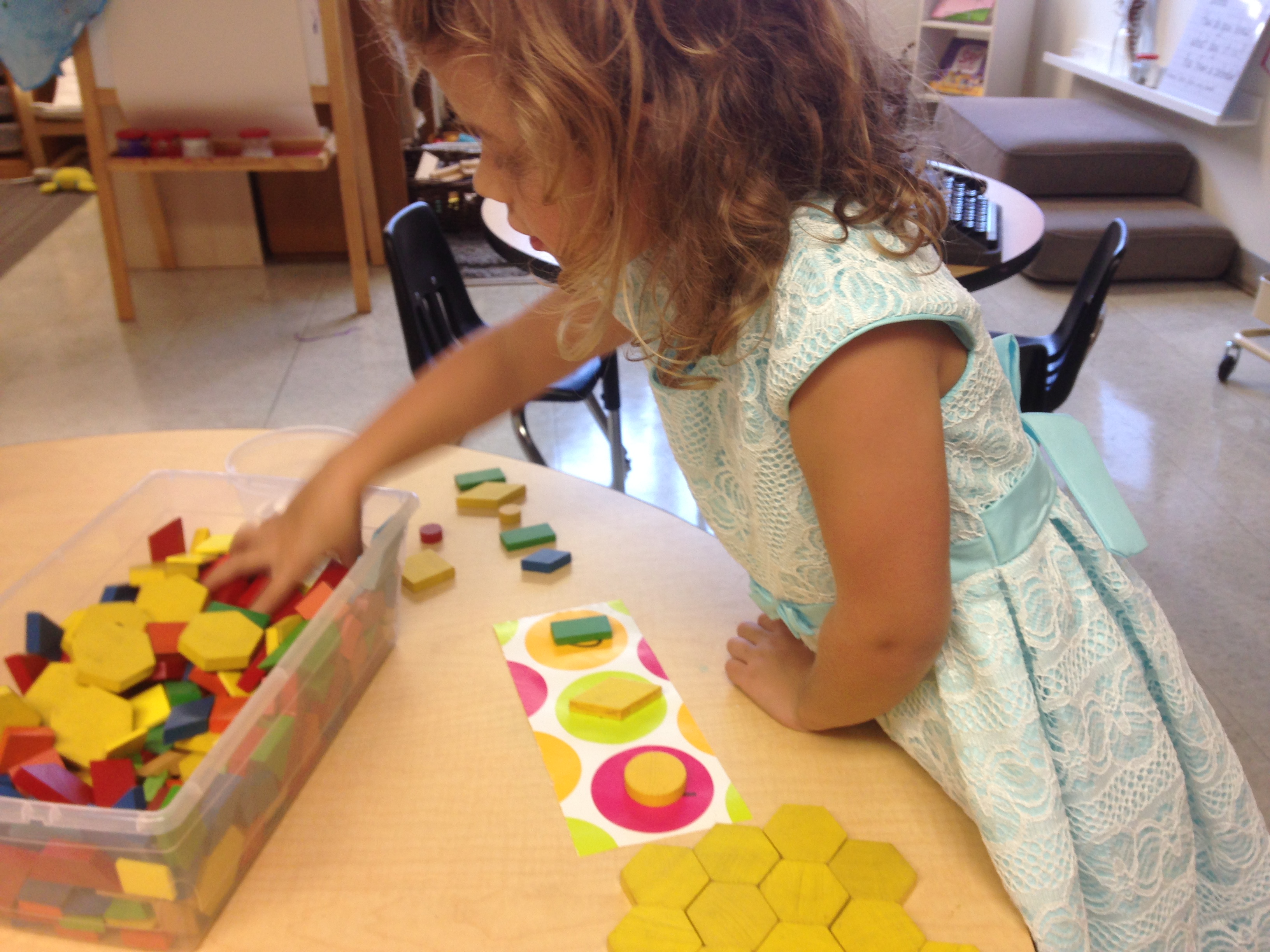 A states: I love what we were doing on this day. And I love my classmates. 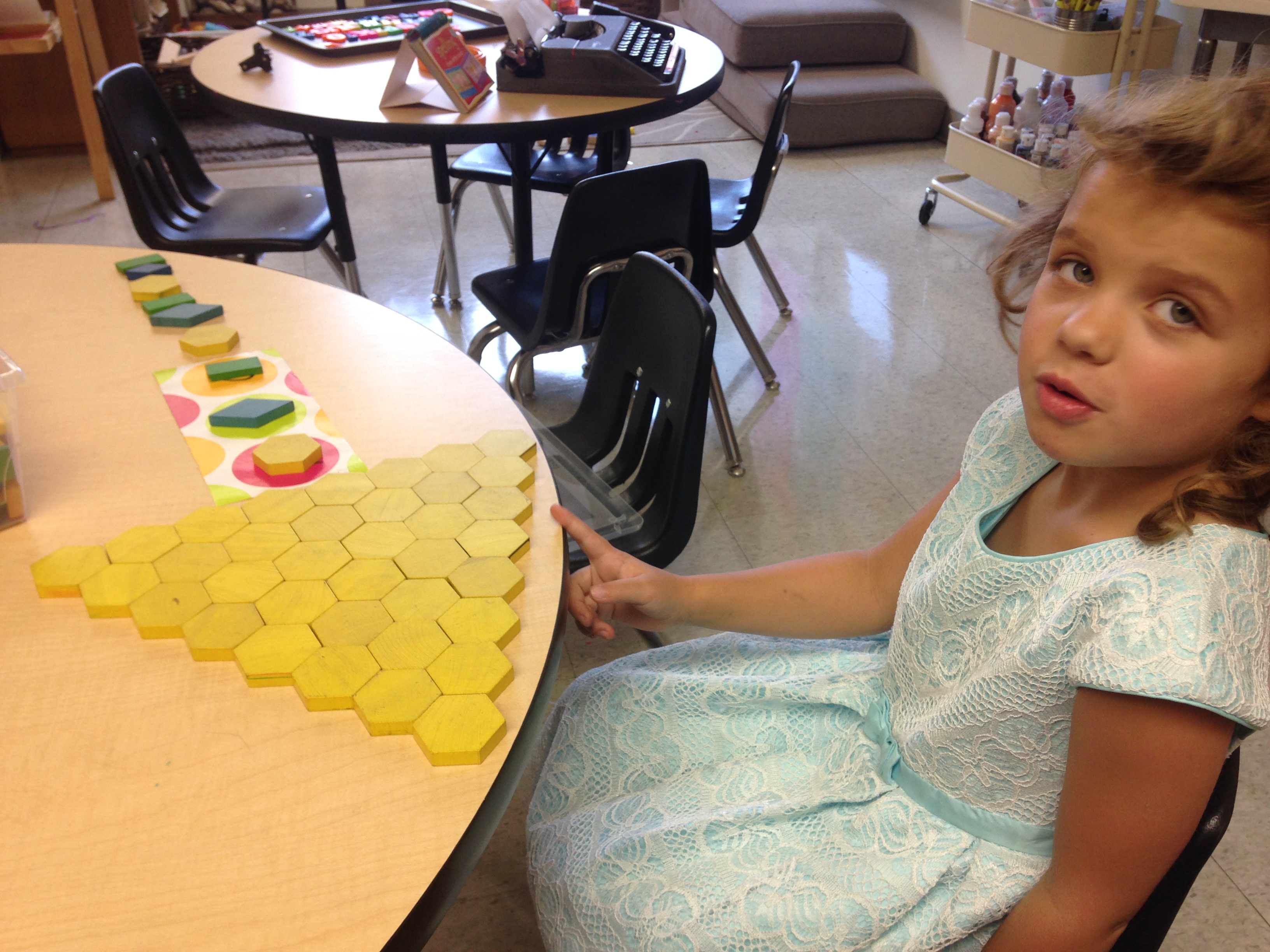 A, also stated: I made a pattern and a bee hive. 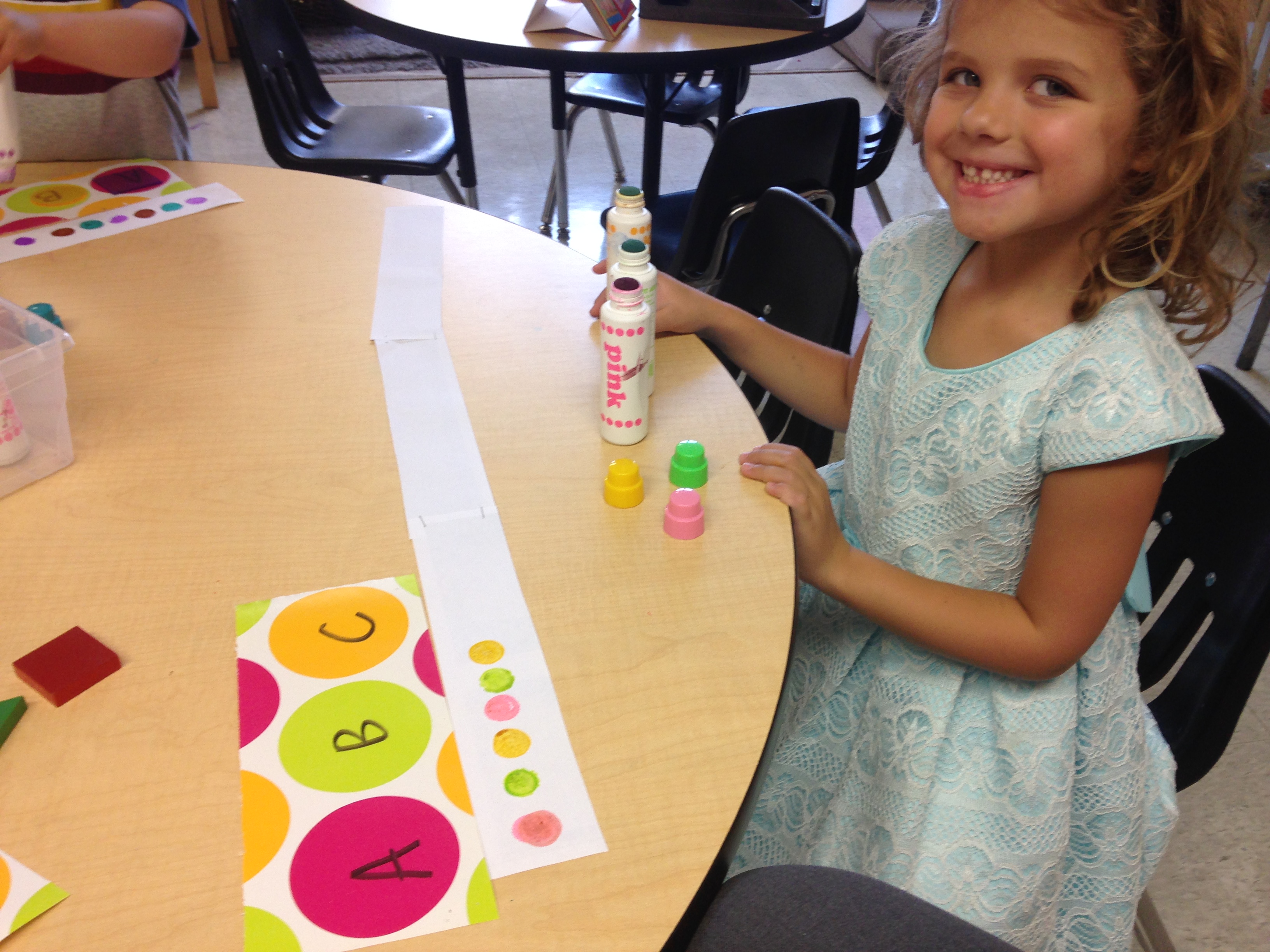 A stated: I love my pattern made out of bingo dabbers. Here, A moved her understanding of patterns to demonstrate that they can be made in many ways that repeat. 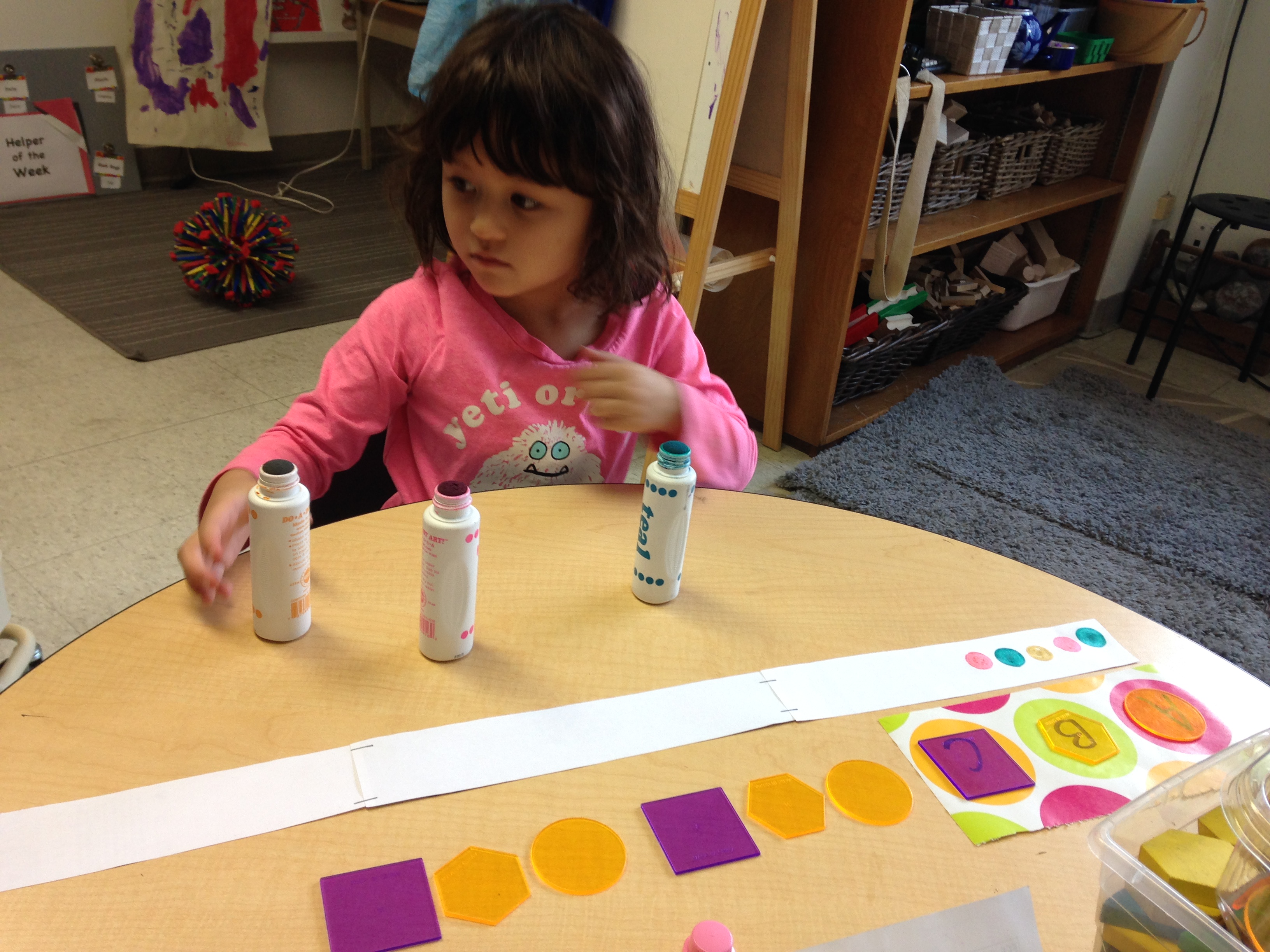 H stated: I made a pattern, a ABC pattern. 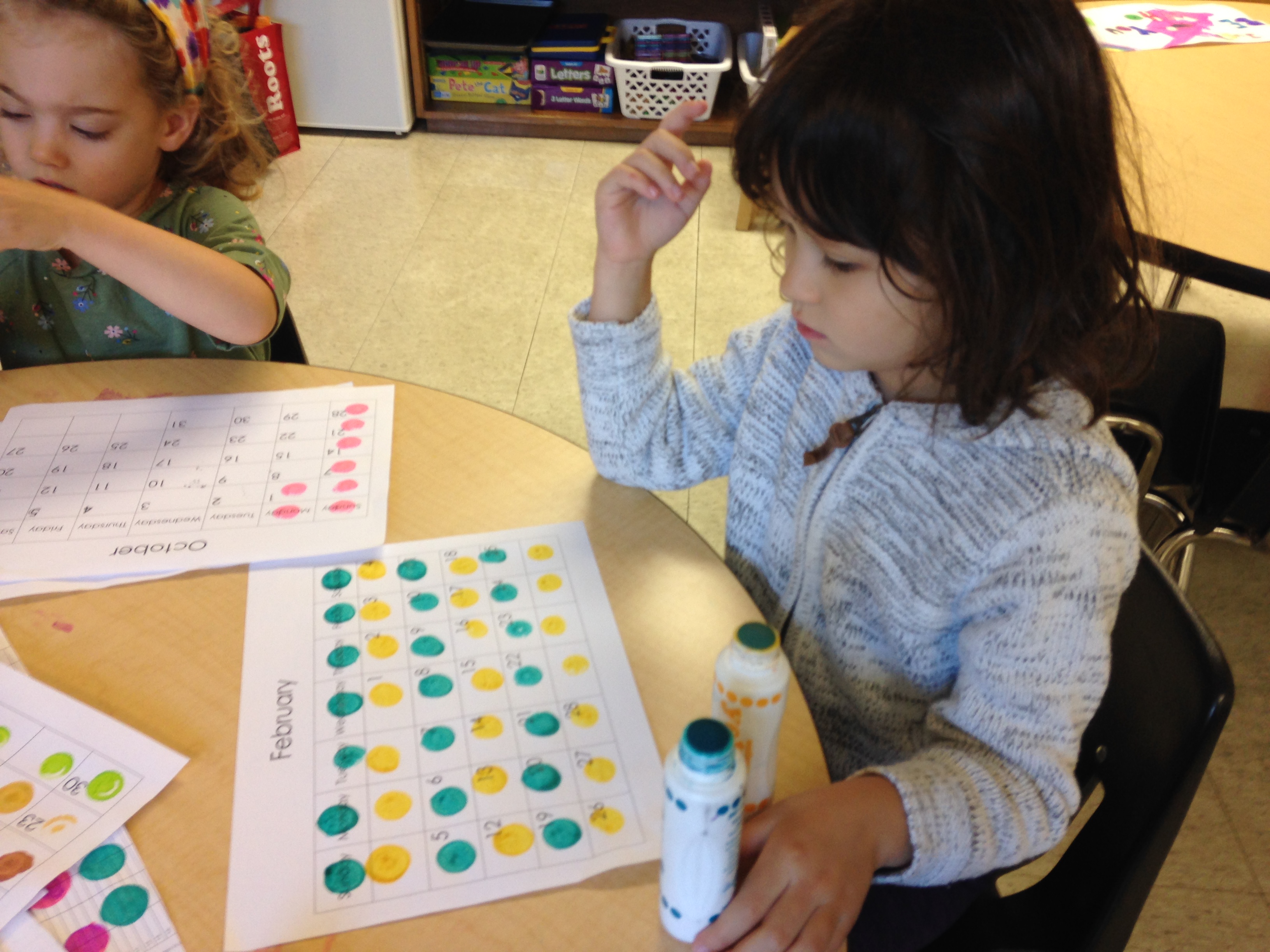 H took some time to demonstrate her understanding of patterns in her own way. She found an old calendar in our paper bin and some bingo dabbers to show an AB colour pattern. 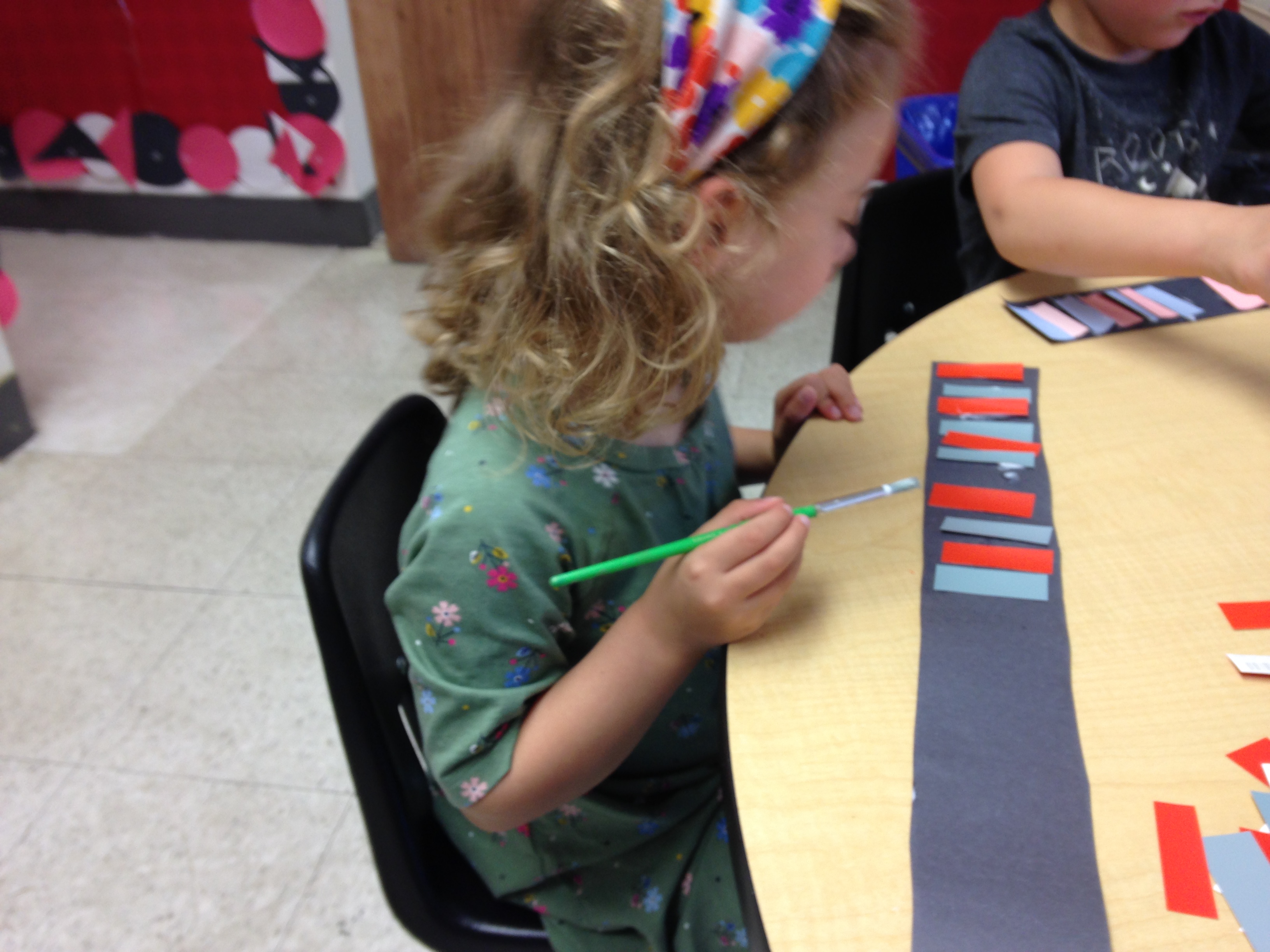 Students demonstrated their understanding of patterns in another way: using paint paper samples of their choice. 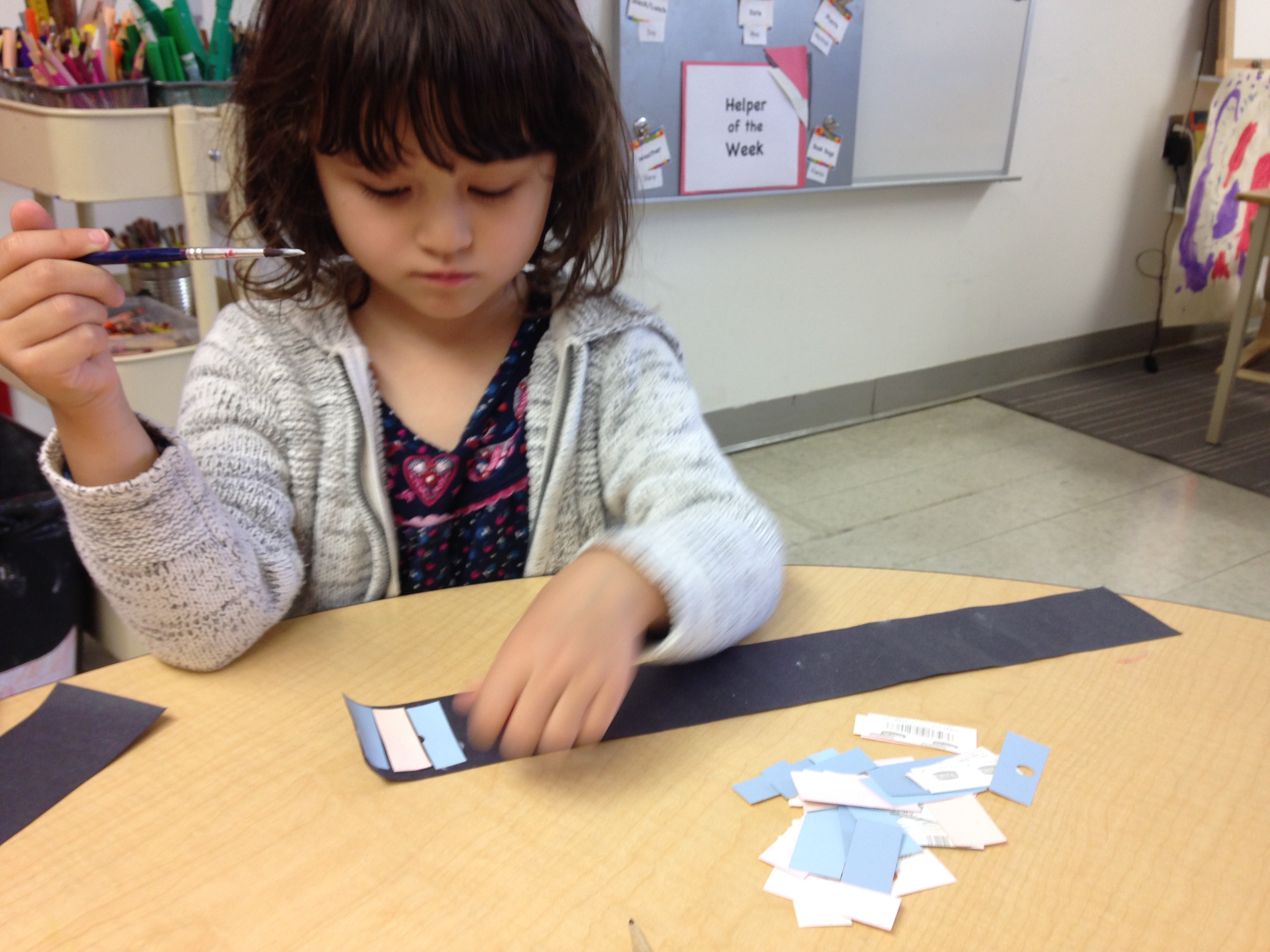 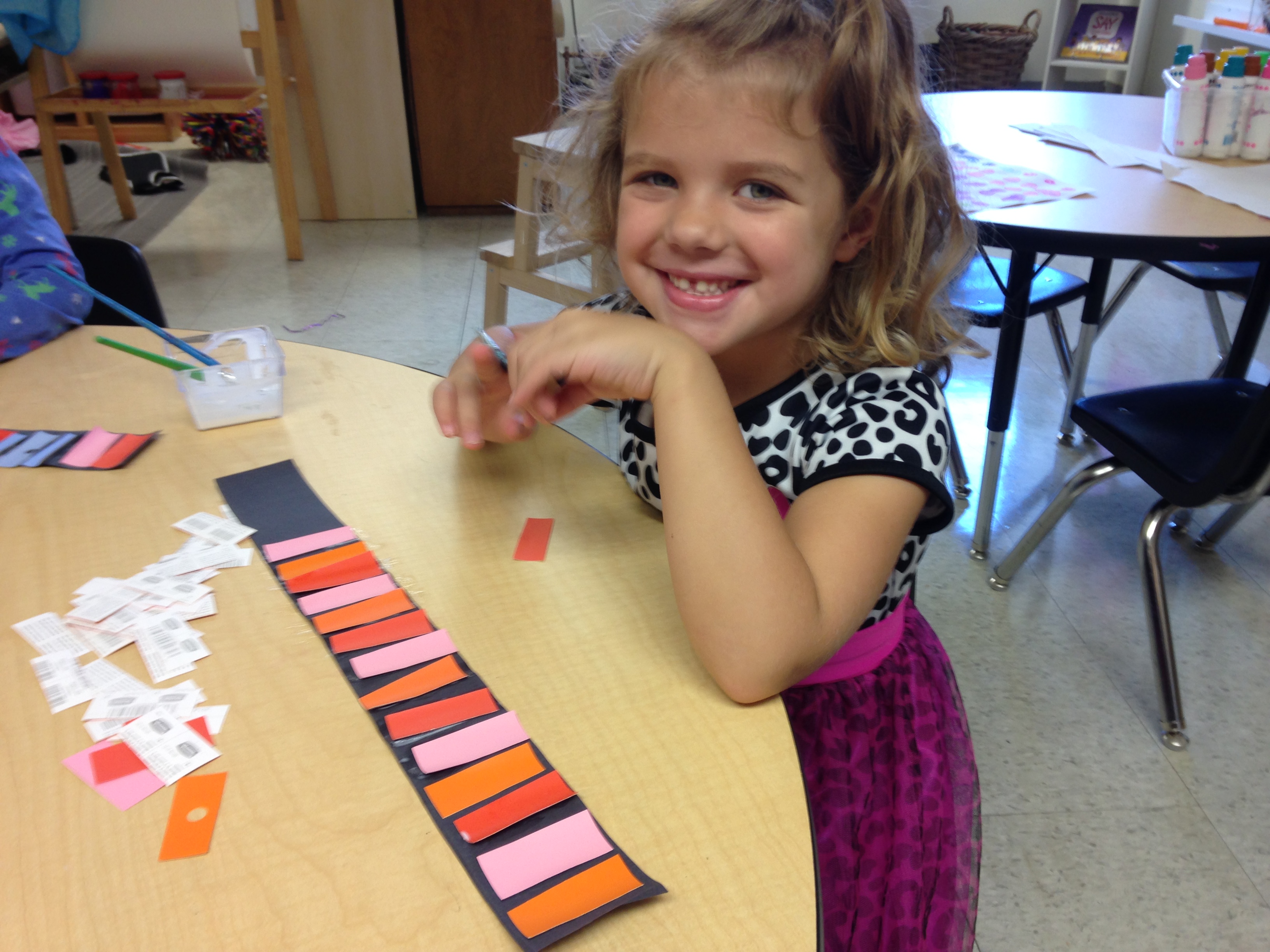 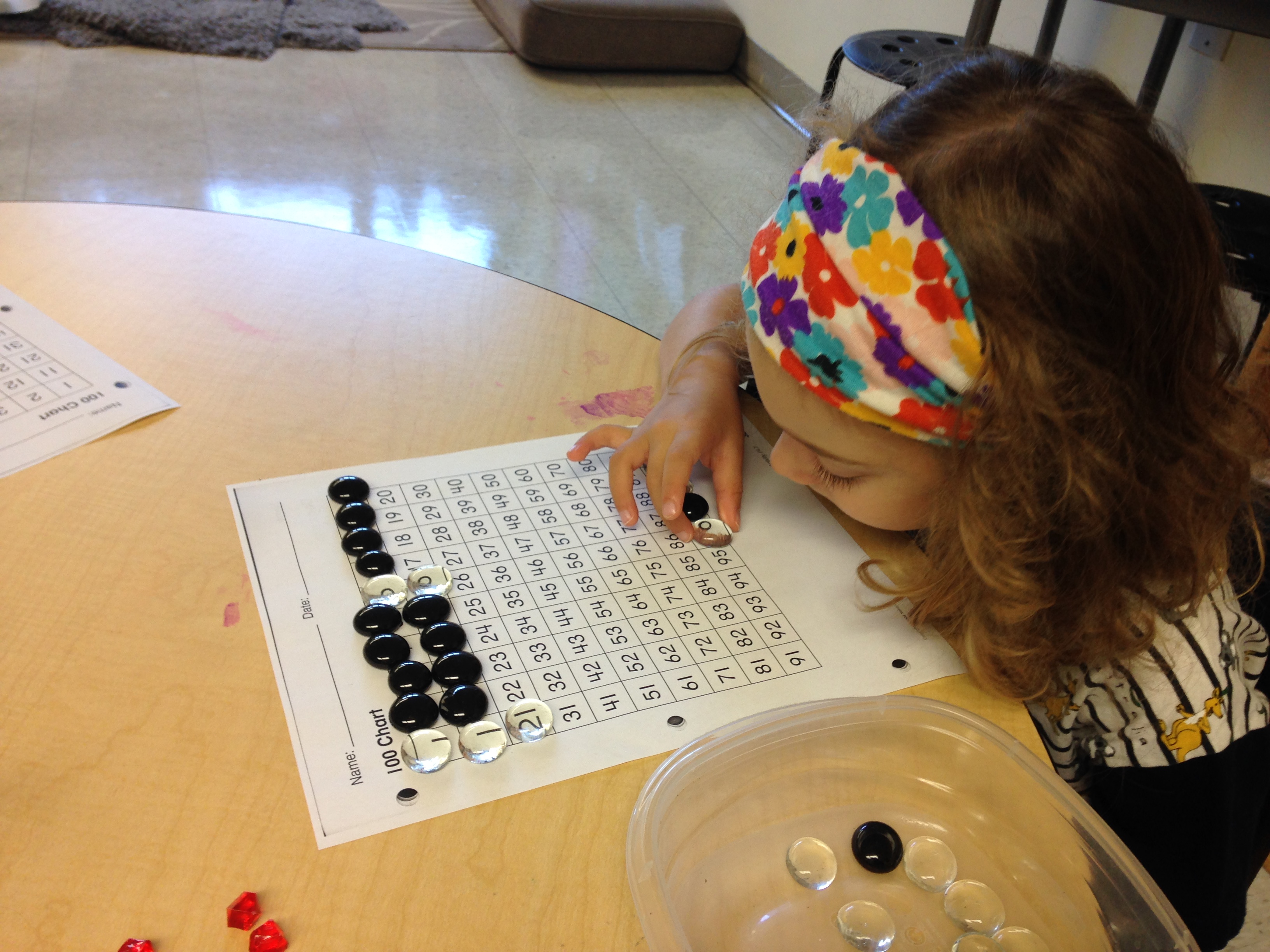 The patterning continued to using a hundred chart and glass beads to demonstrate understanding. I and T worked hard at covering the chart with different beads and continued pattern cores. 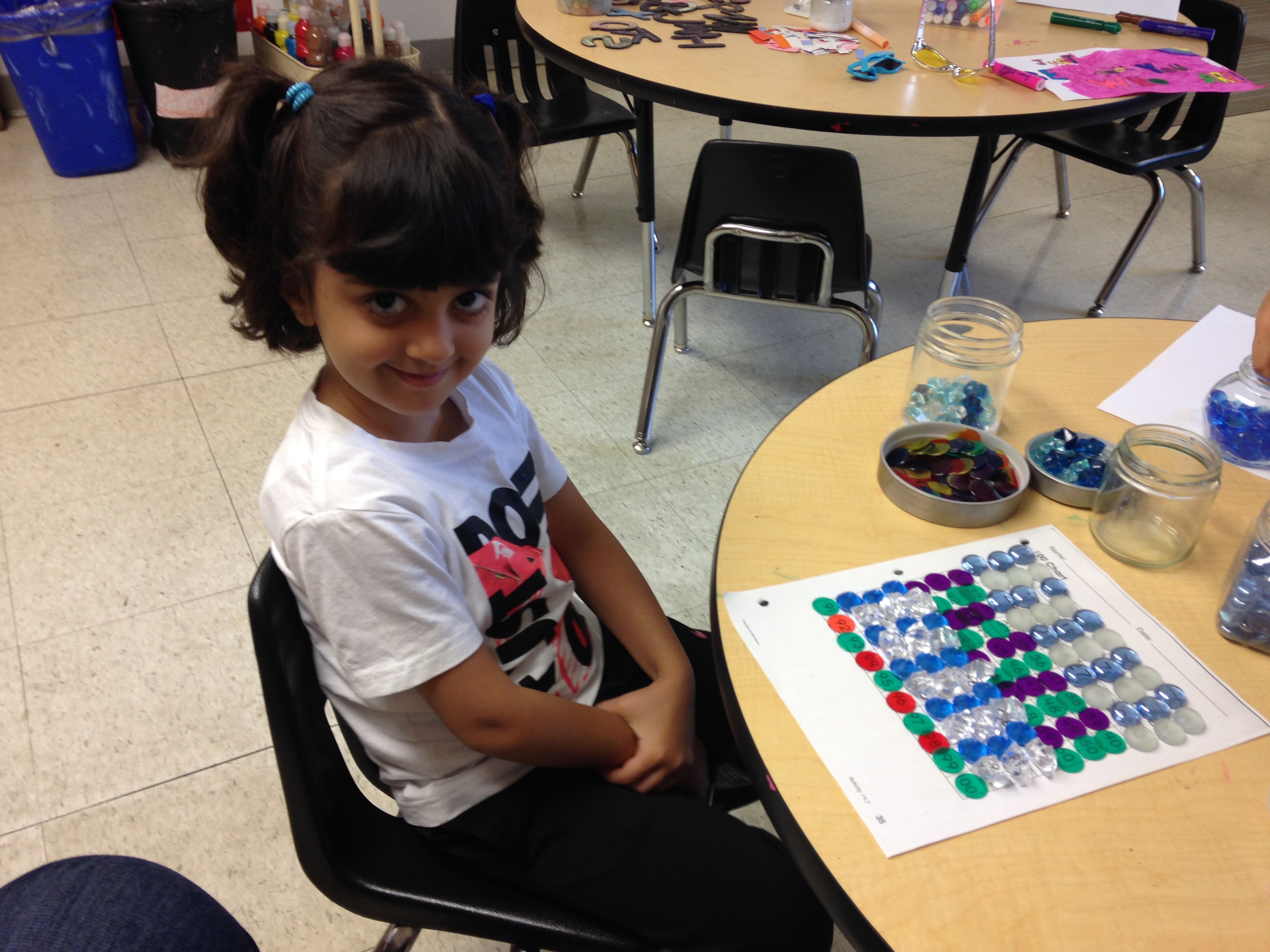 Here V is making a coloured train pattern that she designed. 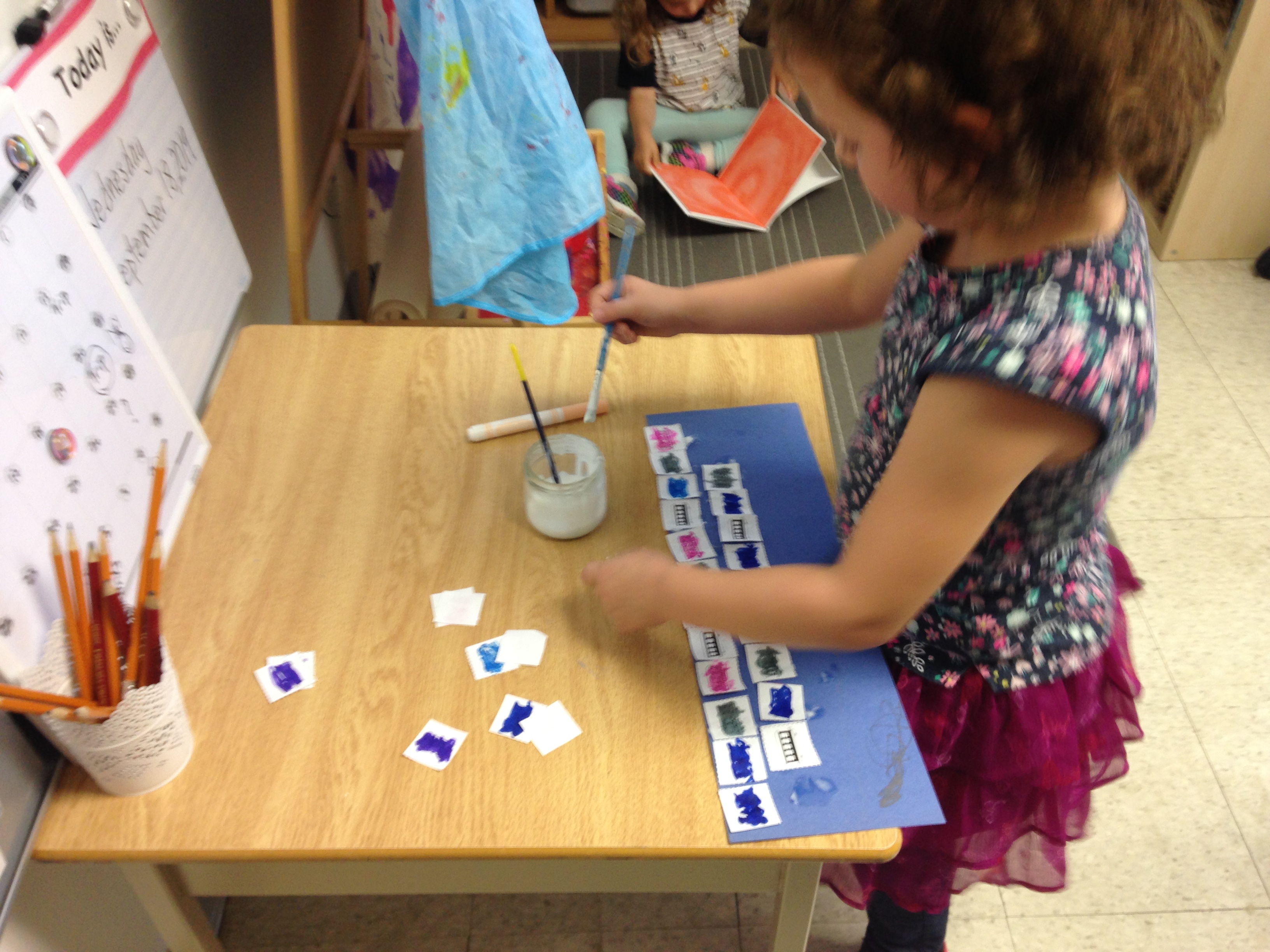