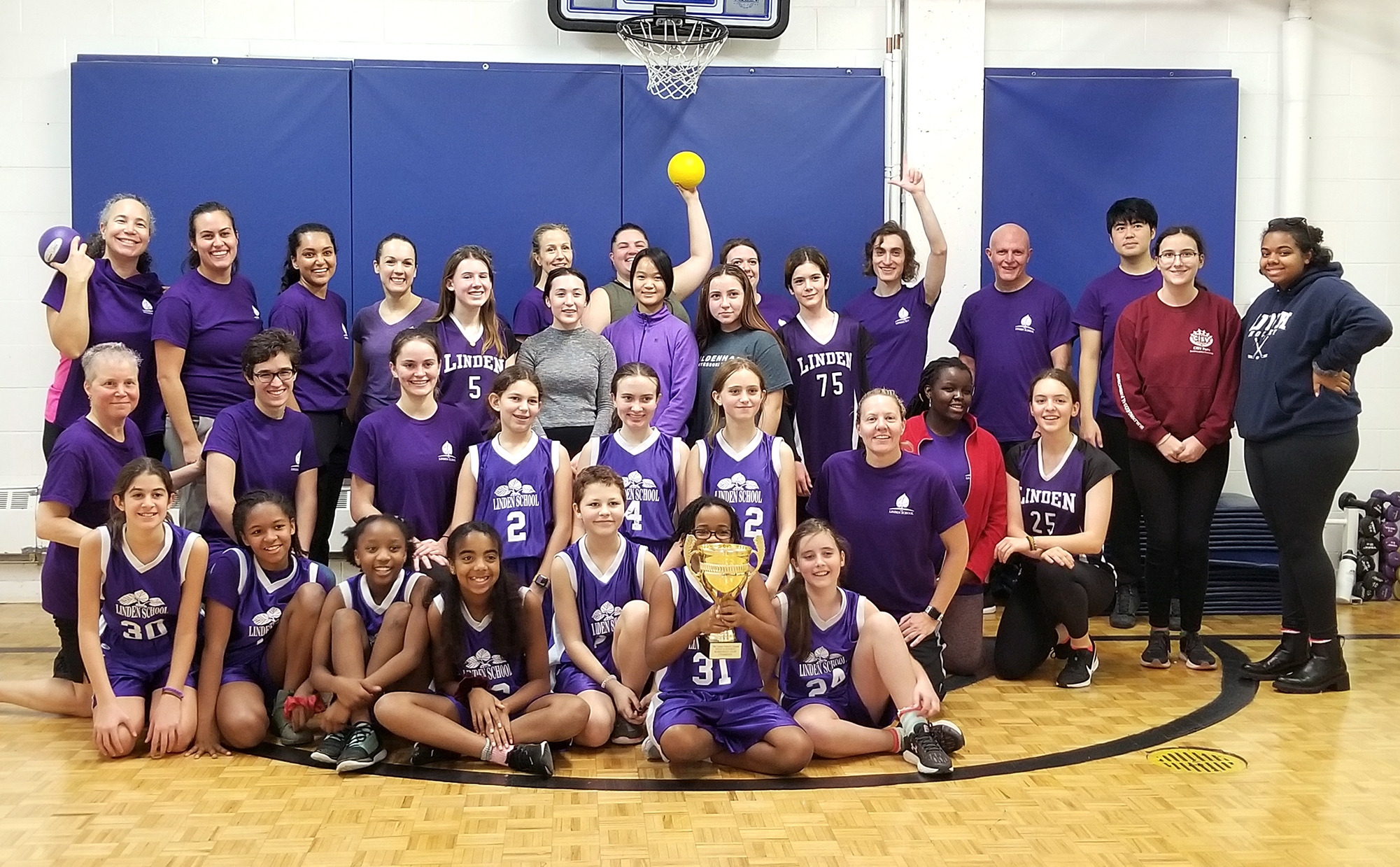 The annual Student vs. Staff All School capped off our first term sports season. Beginning with an epic cheer-off to get everyone in the mood, students and staff gathered around the edges of the gym to watch their teams battle it out in basketball and dodgeball. 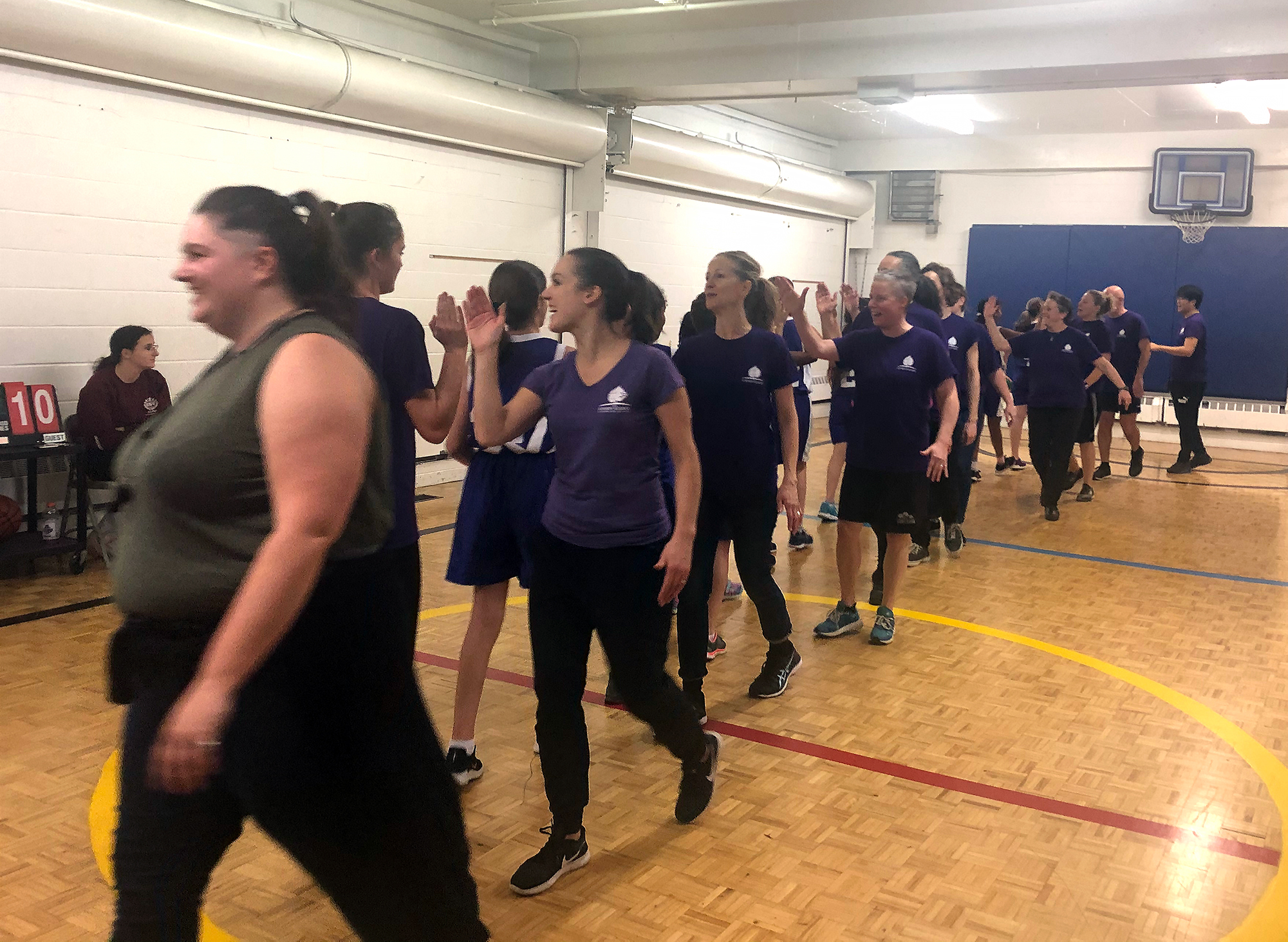 Student basketball coach Ellen played the first half of the game for the teachers, then switched off to support her players on the junior student team. Both sides played hard, with added challenge from the low ceiling. Students on the sidelines chose a team to cheer for — or just cheered for whoever had the ball. Though the teachers took an early lead, the final score stood 20:10 with the students taking the Linden basketball cup! 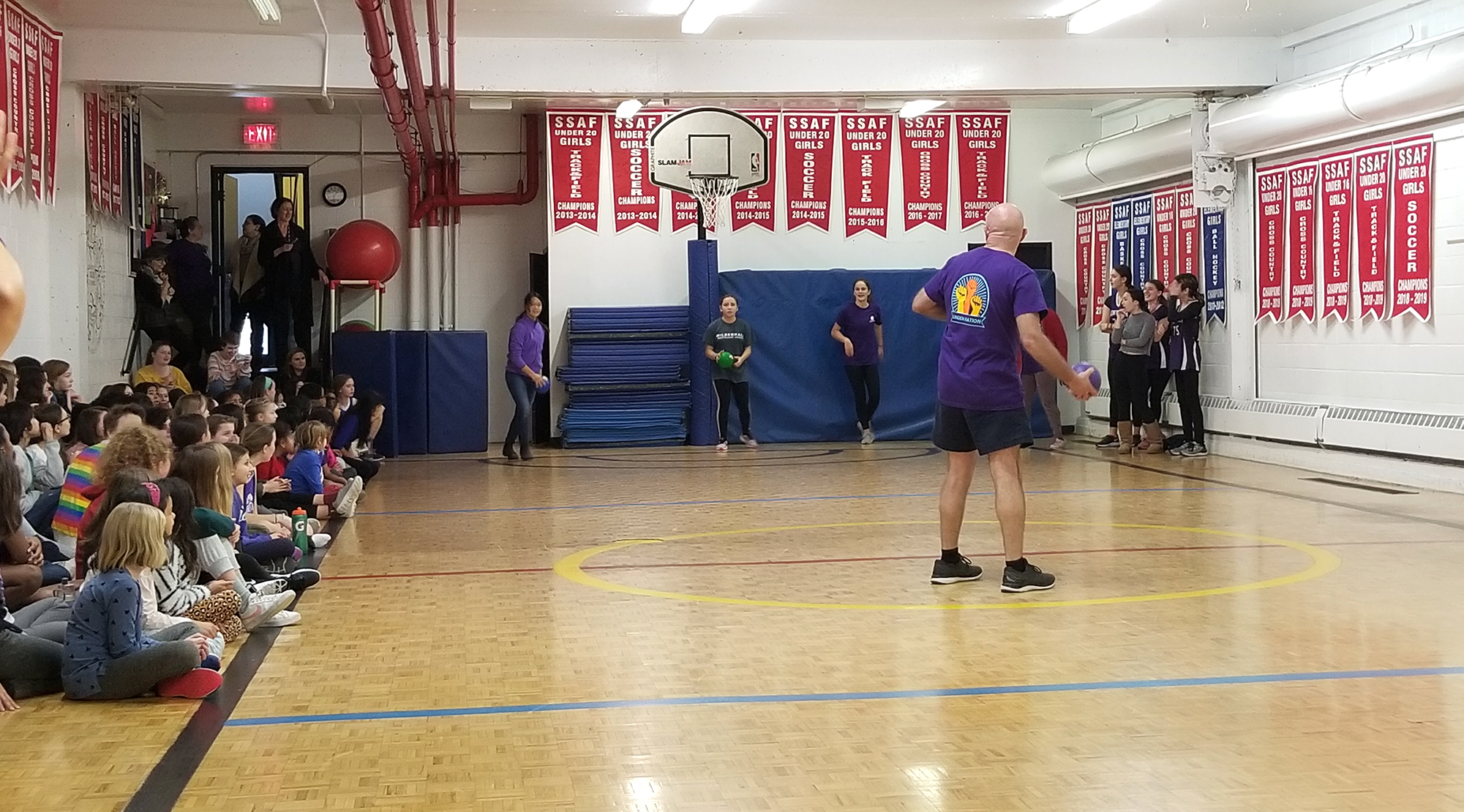 After a quick recuperation, the teachers returned to the court to challenge the student dodgeball team. Playing by league rules, teachers and students rotated through their rosters, with three points awarded to the team that eliminated their rival, or one point awarded to the team with the most remaining players at the end of a 5 minute round. A quick tournament resulted in a 7:1 win for the teachers’ team. 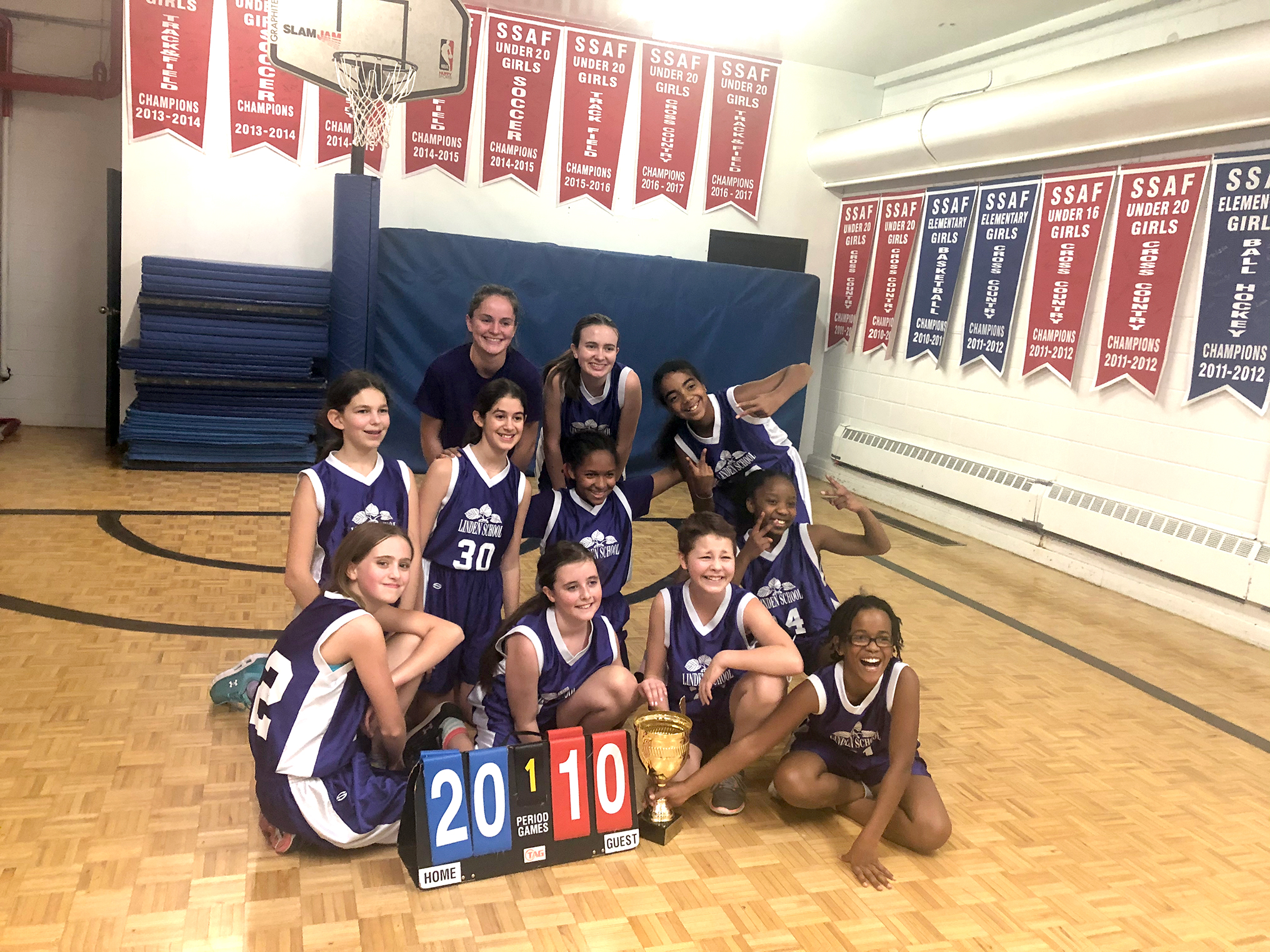