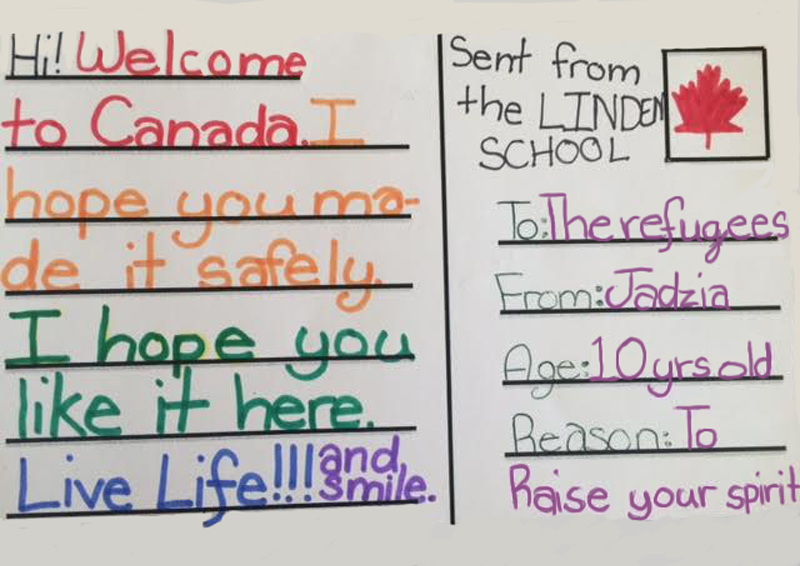 Linden's Amnesty International Club recently organized an All-School activity on refugees and the challenges they face. Students completed various assigned activities in their group families. The first activity required students to discuss what it means to be human, and to understand what is considered to be inhuman. They were provided with sections of the United Nations Universal Declaration of Human Rights, in which they discussed whether these rights are upheld nationally and globally. Students were very engaged and were able to put themselves in the shoes of a refugee when they were read a scenario that required them to pack and leave their home, not knowing if they would ever return. Students had two minutes to write down what they would take with them. Noise was created and lights were turned on and off to give students some understanding of the situations refugees find themselves in while making such decisions. Not surprisingly, many forgot to pack their passports and other identification. The discussions following this activity were very thoughtful and compassionate.

Students later watched a short video called Refugees, filmed in the Za'tari camp in Jordan, which focused on the psychological impact of being a refugee.

Our All-School activity culminated with students creating postcards for the refugees with welcoming messages and suggestions on what to do and avoid in Toronto and Canada. The Linden Amnesty Club is hoping newcomer settlement agencies can display these postcards. We will keep you in the loop if they do. Linden students also collected donations for the UNHCR (United Nations High Commissioner for Refugees). This activity was helpful in empowering students with more knowledge about the current refugee crisis, the challenges faced by refugees, and the importance of being informed and active citizens. 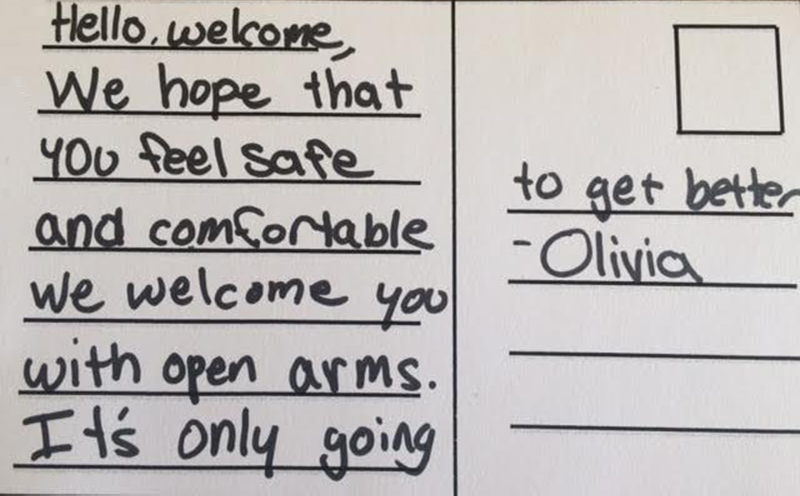