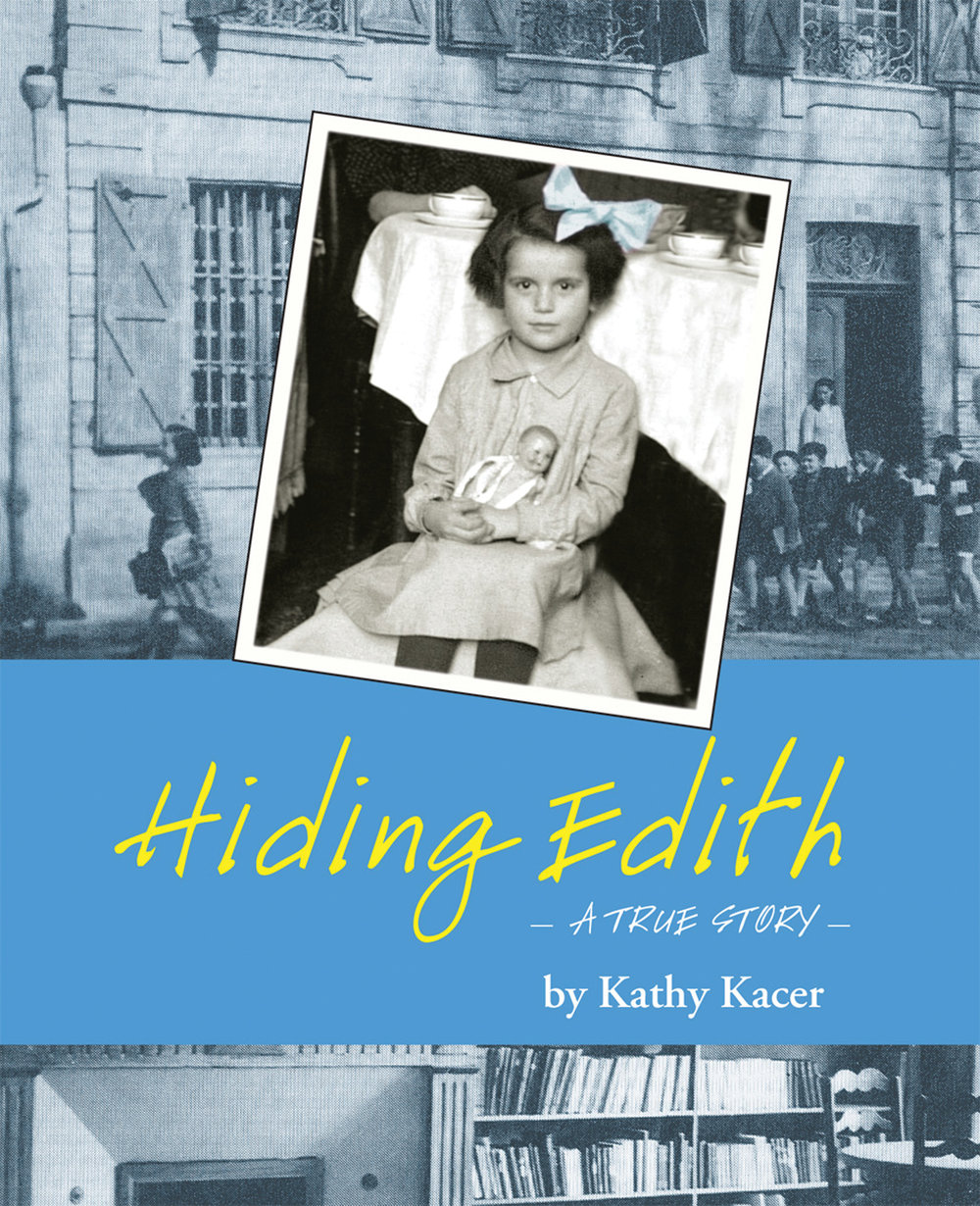 Hiding Edith, by Kathy Kacer, tells the true story of Edith Schwalb, a young Jewish girl who was saved from the Nazis by the courage of the entire French village of Moissac.

To mark Holocaust Education Week in October, Linden welcomed survivor Edith Gelbard who has shared her story through the Baycrest Centre for the past 22 years.

Before hearing from Edith, Linden’s students and staff were asked by the facilitator to write down their background, ethnicity, religion, and any other attributes that make up their identities. “As you listen to Edith’s story,” he said, “imagine that instead of her background, it’s yours.”

Like many Holocaust survivors, Edith suffered tragedy and loss. She was among hundreds of Jewish children who were separated from their families and hidden in the village of Moissac, where the citizens went to extraordinary lengths over several years to shield them from the Nazis.

She adopted a new name, identity, and back story, painstakingly created for her by the people of Moissac. Edith and others in hiding were scrupulously careful to keep up their pretense 24 hours a day, seven days a week. She recalls one slip-up at a Catholic Church – she made the sign of the cross with the wrong hand and feared that she had jeopardized not just herself but all the Jewish children who were being shielded.

Edith eventually reunited with her family. Her baby brother, who was much younger when they were separated, did not recognize them.

Edith spotlighted both the courage of survivors, and also those who, instead of being bystanders, risked their own safety to help the Jewish people. In addition to the citizens of Moissac, she spoke about a policeman who quietly urged Edith’s father to gather his family and flee the country, instead of following orders and detaining them.

Students asked thoughtful and sensitive questions. One Grade 6 student wondered about how her experience of living as an orphan (her assumed identity) impacted her own parenting in later years.

You can learn more about Edith’s experiences through a book based on her story, Hiding Edith.