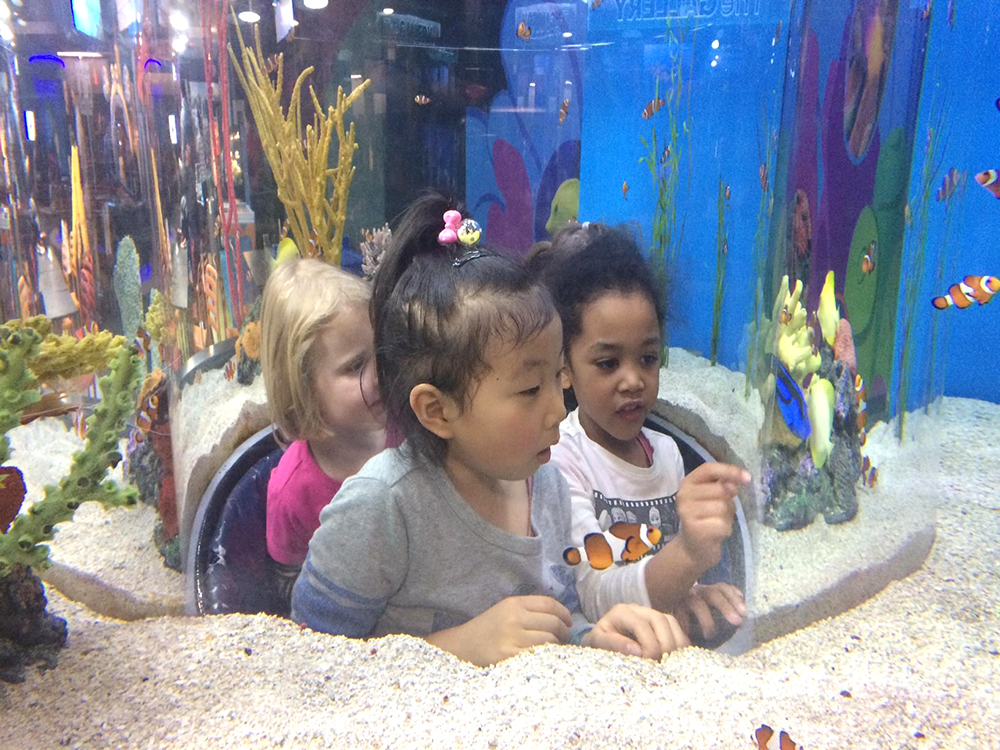 The Early Learning students enjoyed a visit to Ripley's Aquarium of Canada on Thursday, March 9. Accompanied by Business Director Nancy Hurst, we took the subway to Union Station, and learned how to recognize TTC signs and directions to the Aquarium. This exercise was an excellent way to integrate our unit on text recognition and literacy connections as we walked through the pathway connecting Union to the nearby CN Tower and aquarium. On the way, we saw the UP Express and the Go Trains (the girls were excited about this). We also saw the CN Tower in person, a model of which we have been building in our classroom for many months.

At the aquarium, we took a self-guided tour, led by the girls' interests. We watched a dive show and learned that the corals in the aquarium tanks are artificial. We also saw that fish like to eat heads of romaine lettuce! The girls loved standing on the moving pathway through the shark tunnel, seeing all of the sharks and stingrays swimming around and on top of us.

We spent a lot of time in the interactive zones. We touched the horseshoe crabs (they look like stingrays, but they are hard because of their shell and have nine eyes), and played in the water table that simulates a lock system. We also did some running around on the climber. The end of our tour led us to all of the jellyfish tanks. We made sure to take pictures for art teacher Brie, because we know that those are her favourite part of the aquarium!

The girls were so tired from the exciting afternoon that there were some sleepers on the subway back to school. 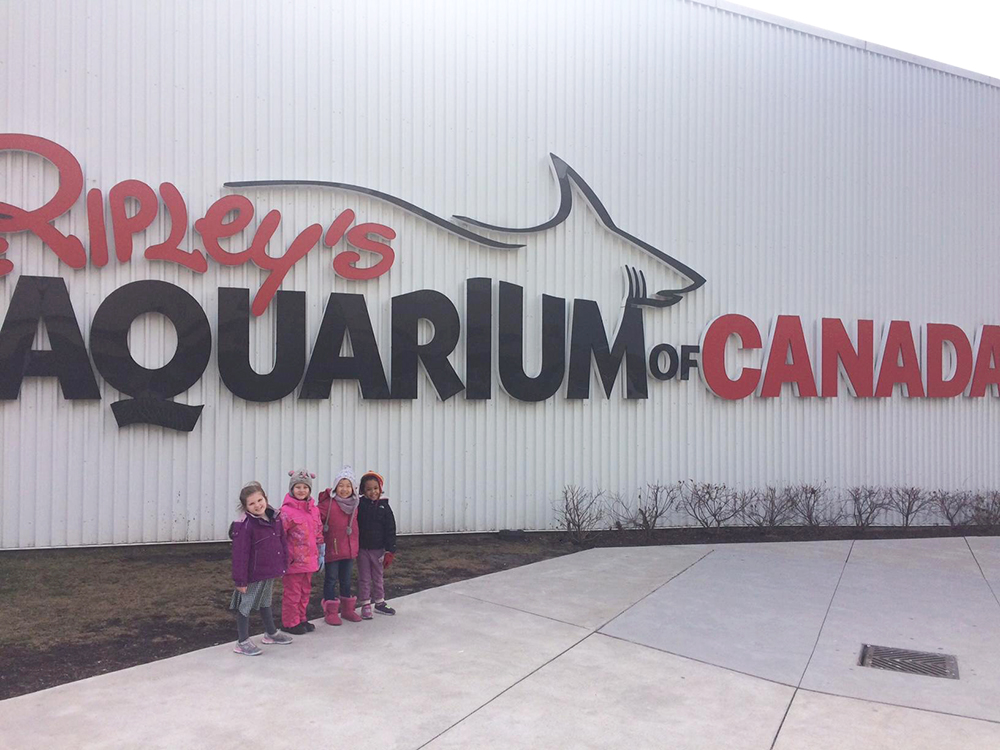 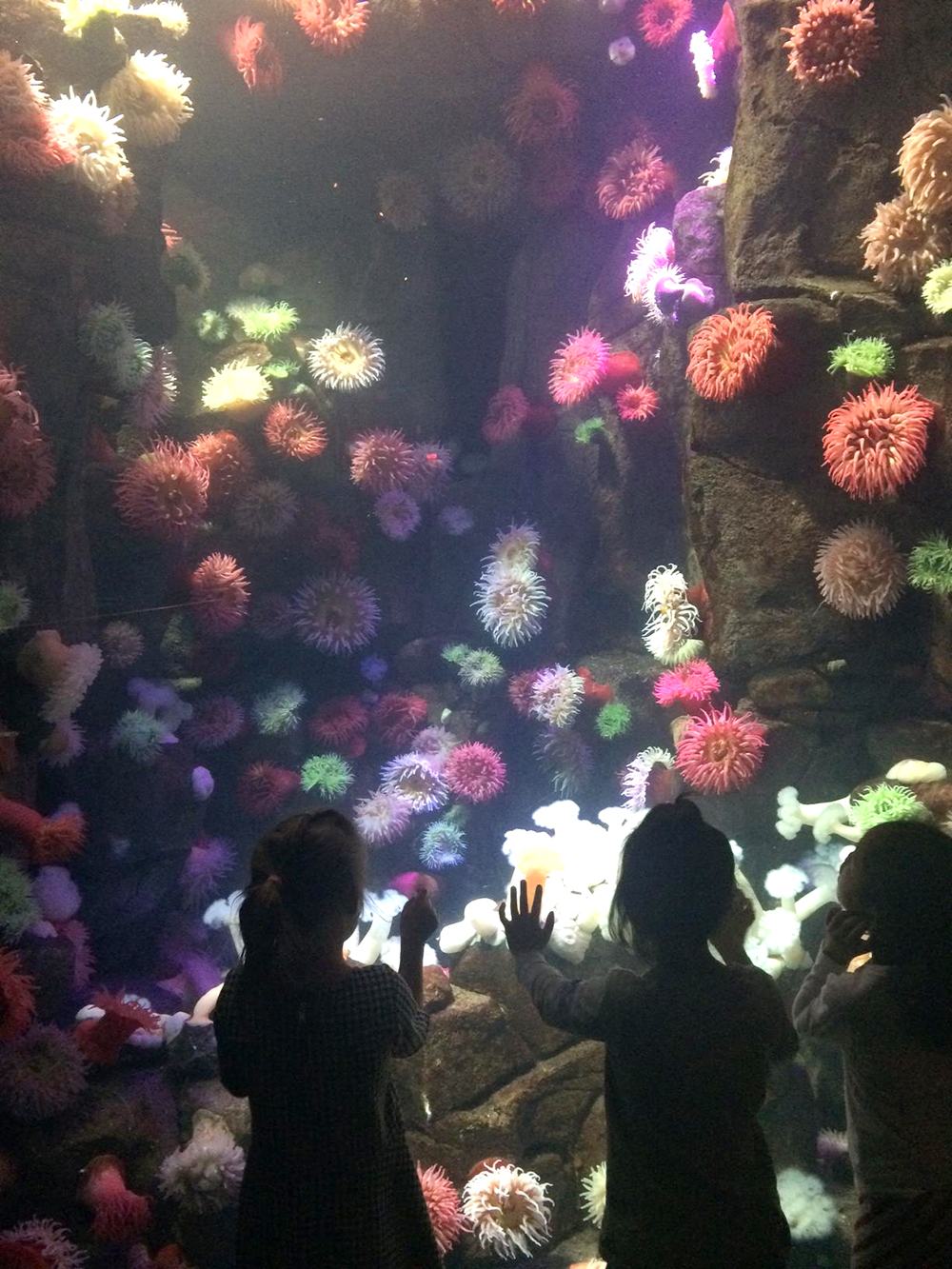 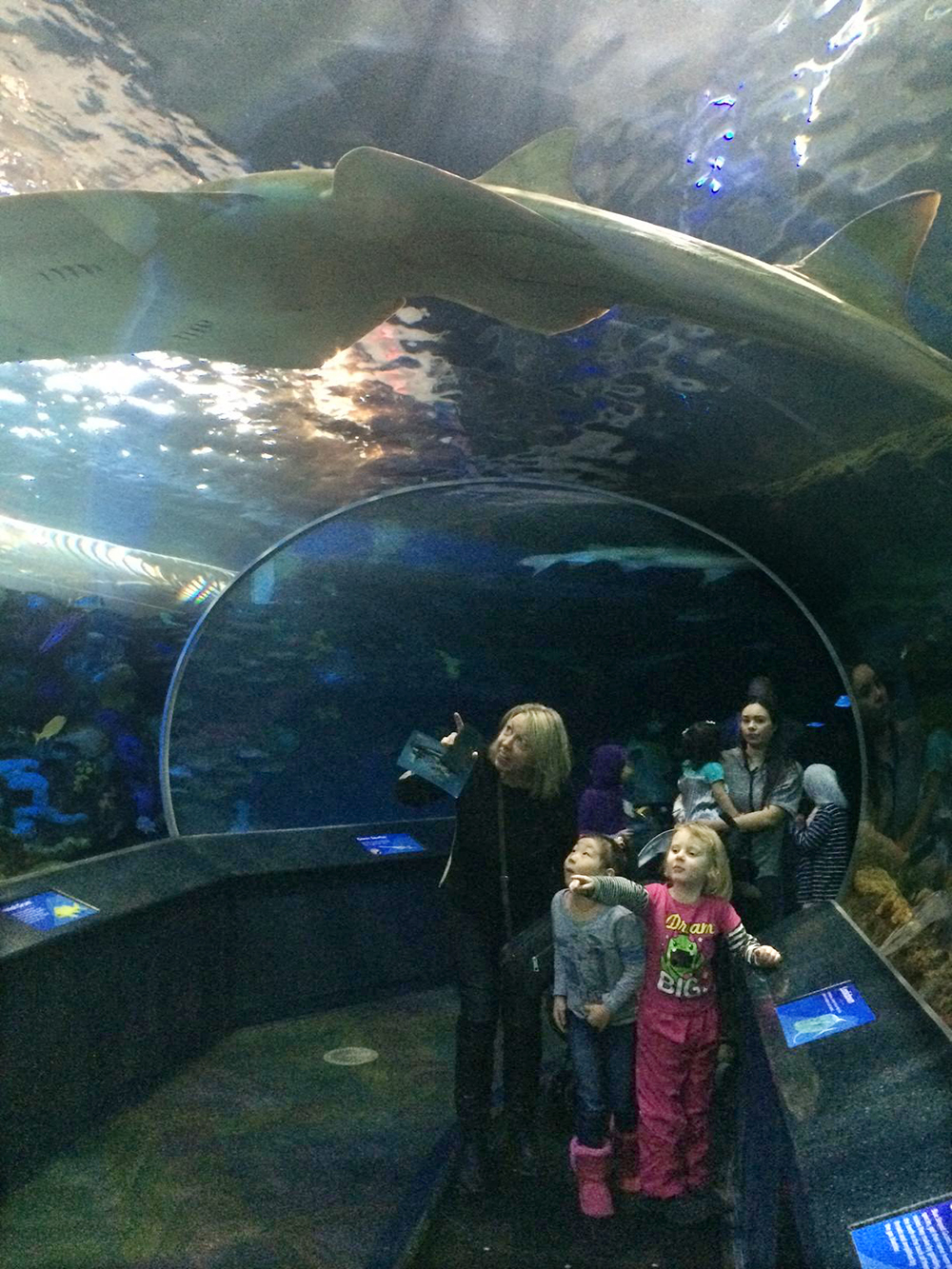 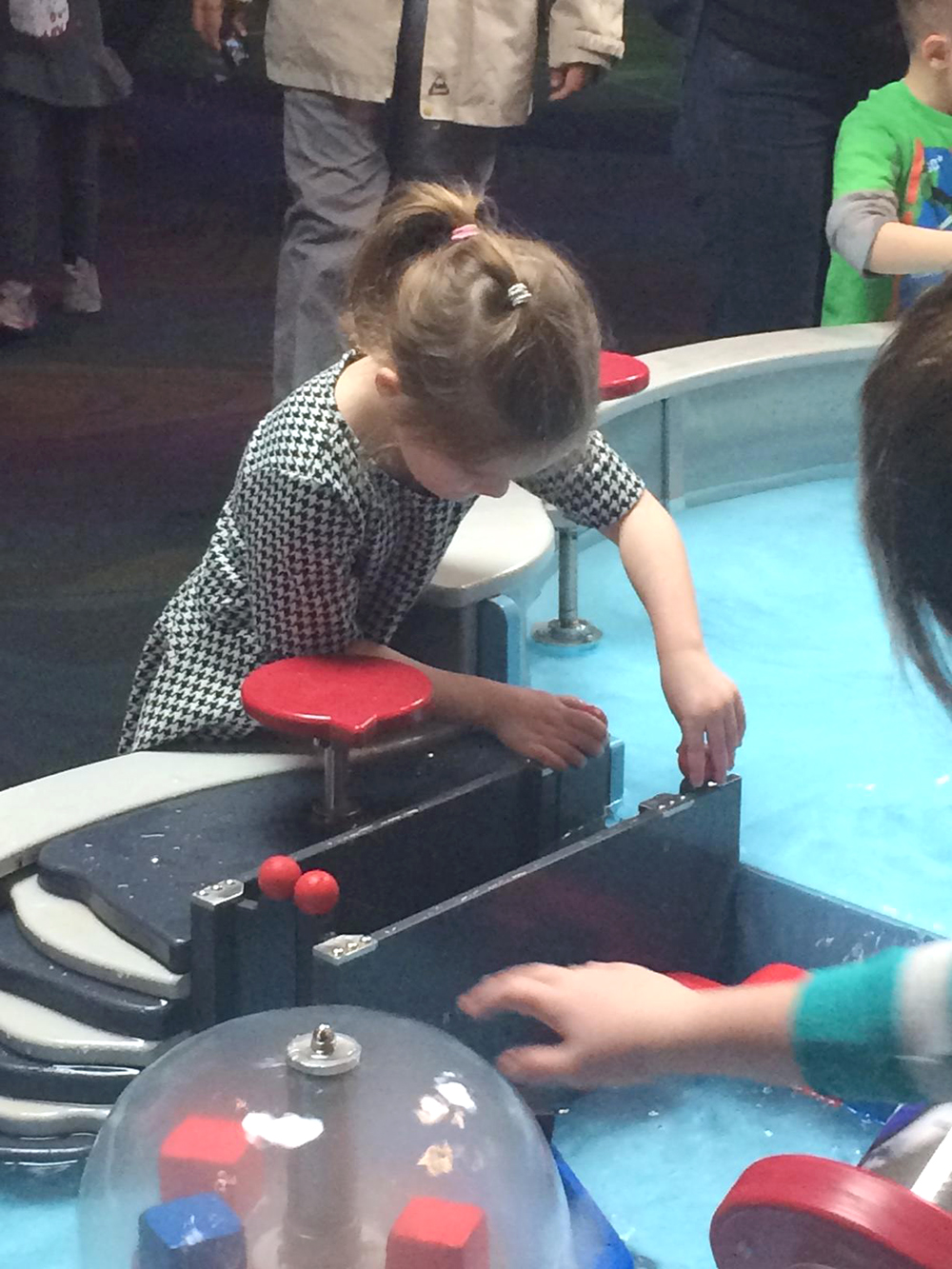 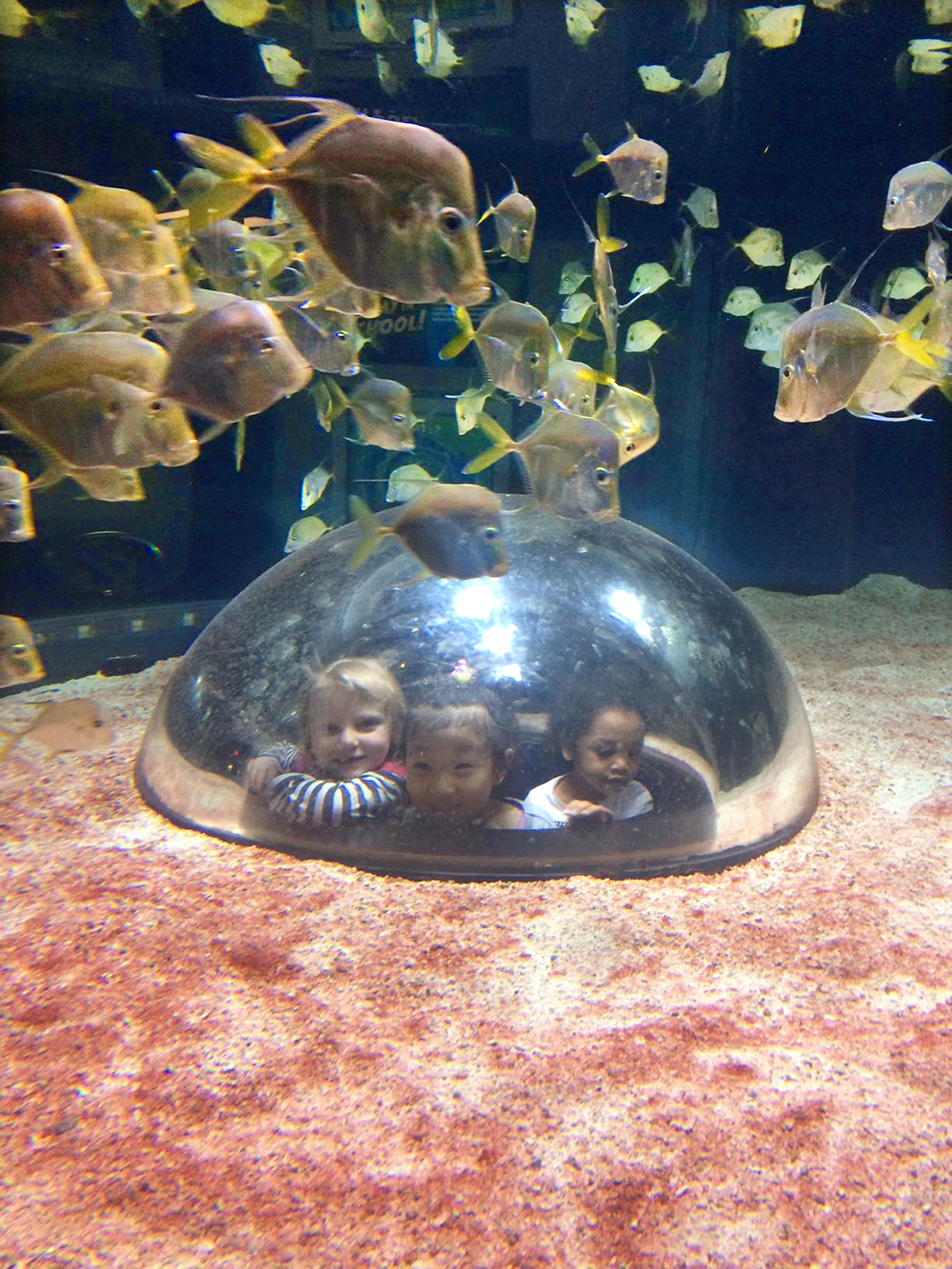 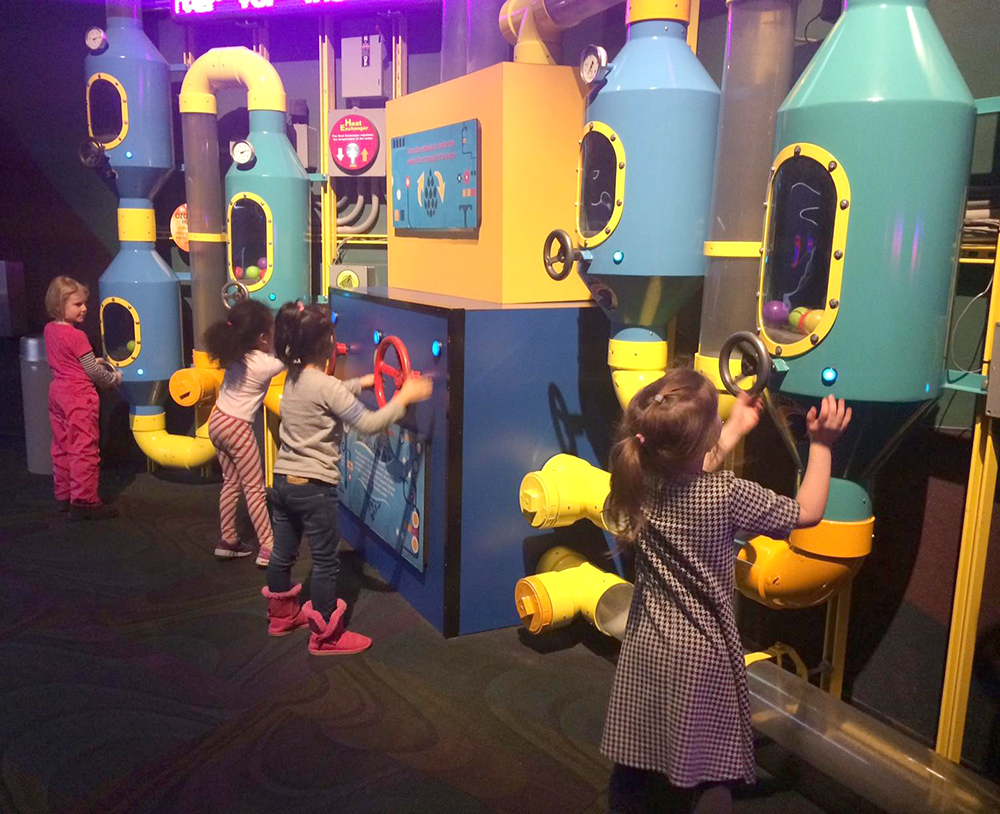 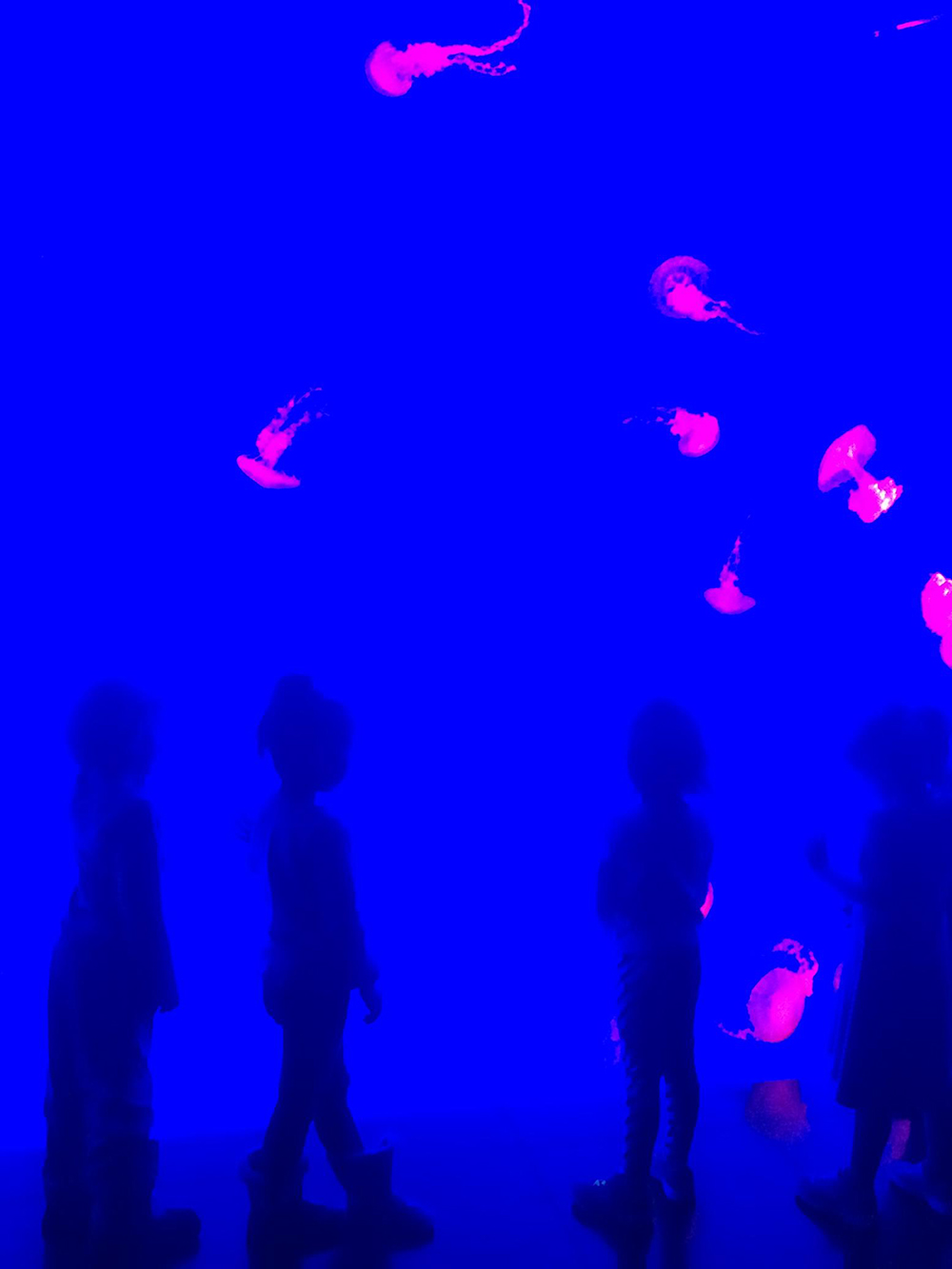