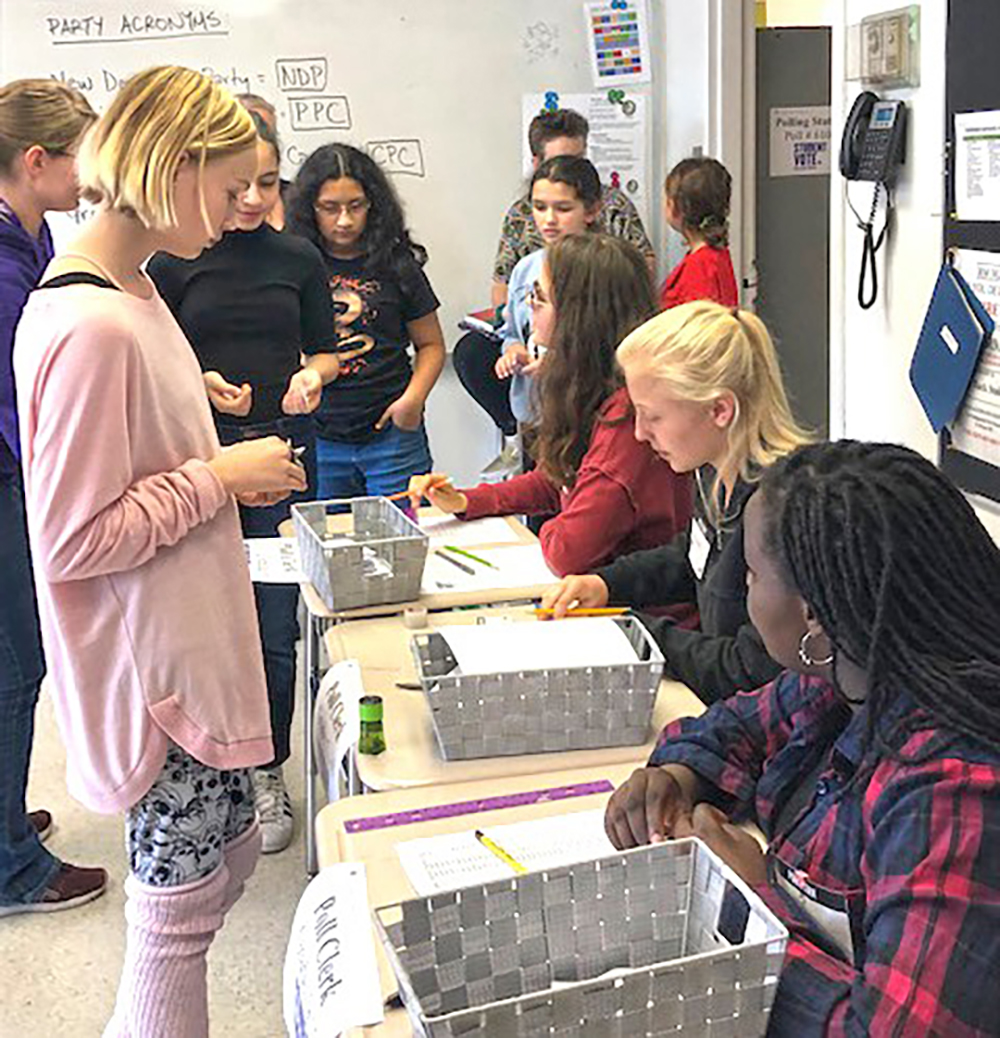 Linden students participated in the Federal Election this year as part of the Student Vote program — a parallel election program that runs alongside the real federal election. Students got the chance to act as election workers and vote for the official candidates running in our riding, using real voting materials from Elections Canada.

The Grade 10 careers class, lead by Deanna Harris, organized a polling space for students, campaigned in the student community for local candidates using real materials from elections Canada, and acted as election workers in our own polling station. The votes were cast on October 18, just before the official election. Students from all grades got to participate by casting ballots, which were counted up with the following results:

Students considered their priorities as they chose who to vote for, learned about different levels of government, and practiced researching party platforms. They also learned procedures around federally elections, and got engaged in the democratic process! The class has already moved onto its next project: organizing the careers day event and speakers.