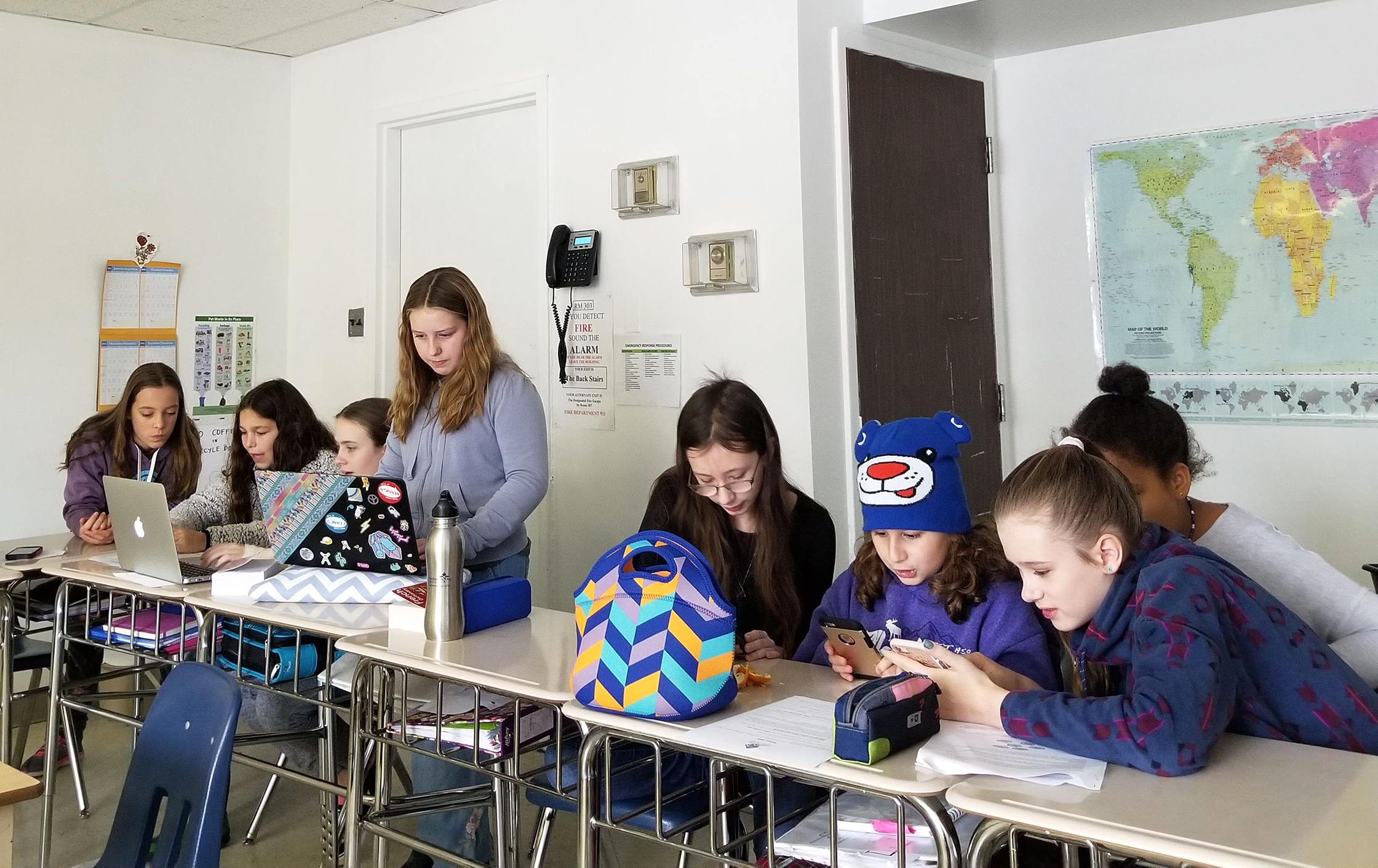 Or, How to Love Grammar when Grammar is Misogynist

If we haven't had a chance to meet, my name is Coco Lee and I'm in my second year of teaching French here at Linden. My academic background is in sociolinguistics, where we often analyze how power, privilege, and oppression are borne out in the ways we speak and listen — or fail to.

Linguistics professors will often make a distinction early in their lectures about Prescriptivism and Descriptivism. A descriptive study of language notes how language is used by the people who use it — if you have 20 minutes, check out this incredible article by Gretchen McCulloch on the way the internet understands the name Benedict Cumberbatch (Gretchen recently released her book, Because Internet which I have yet to read, in case anyone is wondering what I would like in my stocking this December). A prescriptive study of language assesses what is objectively "correct" and "incorrect," and rarely considers intersections of identity, class, and education in these value judgements. Prescriptivism is widely criticized in the social sciences because it often fails to recognize positionality, that is to say, it does not ask "Why am I — a white, European, wealthy, educated, man — in a position to determine what is right?" A prescriptivist study fails to justify its foundation for “correct” and “incorrect,” on grounds other than authority bestowed by an institution. If a Linden student ends a sentence with a preposition, and we choose to correct them, we also need to acknowledge that that particular arbitrary rule was decided by someone in a very particular place of privilege.

As you know, at Linden, we try to ask whose voices are not heard, and we seek to amplify those voices for our students so that they can do the same for others. However, in a language learning context, we need to teach our students to navigate the aspects of society considered professional, even though those rarely align with the way language is used by young people, or people who are marginalised in society. How does a language teacher really fight for social justice, saying everyone should be equal, and then turn around and say, "no, you can't pronounce the word like that, otherwise people will think less of you." How do we find the balance of empowering our students to access powerful positions in society without perpetuating the classism and elitism that say "speak like an educated person in order to be valued"? 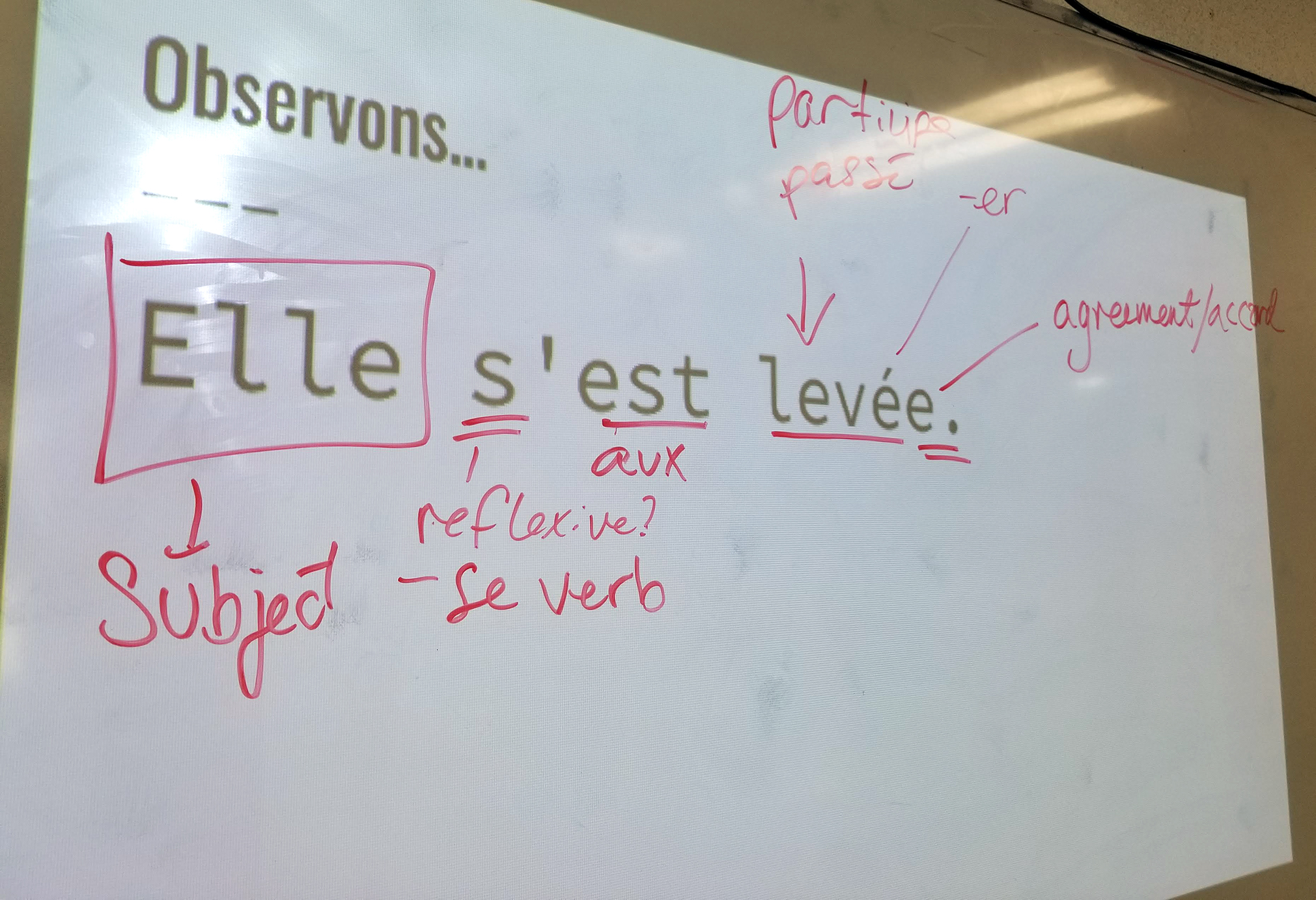 In French, the gendered structure of the language forces speakers to either erase their gender identity entirely — if their gender is beyond the binary — or minimise its presence: if you are a woman in a mixed-gender group, you speak as though the whole group is made up of men. When my students ask me how to use gender-neutral pronouns in French, I have to tell them that there are relatively few publicly recognised options, and none that have "official" status. This means that if we are adopting a prescriptive stance, often somewhat necessary for a language teacher, I have to tell students that there is no “correct” way for them to express their or their friends' gender identities. Talk about silencing voices!

Thankfully, the Ontario curriculum is surprisingly progressive in the grammar area, as actual "grammatical precision" is a relatively small part of an overall course structure that prioritises being able to understand and be understood in many different social contexts. With that being said, research shows us that metalinguistic knowledge (knowledge about language, for example, grammatical structures) is useful for language learners. So some understanding of a language's grammar structure is crucial: students need to know how to communicate their ideas clearly and understand the ideas of others. In order to feel comfortable using the language, students need to trust that their meaning is being understood as they intend it. In the French programme at Linden, we teach grammar explicitly and parallel to expression and comprehension, knowing that they are all co-dependent.

French language educators at Linden are working on keeping abreast of the many developments across the Francophone world, and communicating with students as questions of French grammar and gender identity are being addressed in social and academic circles. Currently, our solution to this conundrum is to always acknowledge the relativity of the situation when making a statement about grammatical correctness. For example, I'll say, "in order to be perceived as professional by the majority of people, you have to spell it this way," or "some people choose words that don't have an explicit gender so as to include gender-non-conforming folks in their communications, but those aren't always possible." It's not a perfect solution, and we try to make up wherever possible by including a diverse range of voices and lived experiences in our class materials - it's not just a nice white lady asking "Où est la bibliothèque?" anymore! — but there is still a long way to go.

There are many, many ways that language education in Ontario, and all over the world, reproduces various forms of oppression. We are working to address those here at Linden, but it certainly is a broad conversation, long overdue. At the end of the day, it's our hope that Linden students leave their French, Spanish or Latin courses with the same love of language that we have, even if it means acknowledging some of that language's faults.

If you have thoughts or questions about language teaching from a critical social justice standpoint, I would love to chat with you! You can always email me at [email protected]. Don't forget, our annual celebration of language learning, Languages Night, takes place Thursday January 30, 2020 at 5pm. Join us!