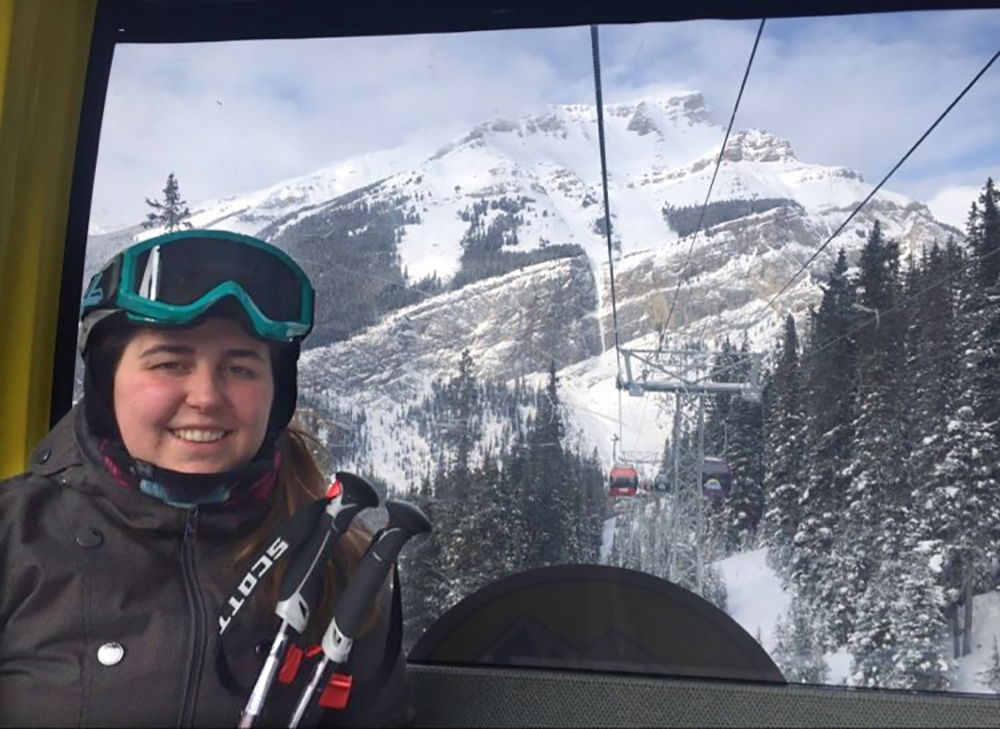 Since graduating from Linden in 2010 Jillian Zsolt has decamped to Alberta where she is forging a career in environmental sciences. Her field work so far has involved increasing green pepper crop yields, exploring pesticide-free ways to control pests while keeping plants safe, managing data to support an aquatic restoration project, being knee-deep in snow while doing winter field work in Jasper Park, and much more. In her interview with fellow alumna Viviane Kirby, she shares ways in which her experience at Linden set her up for success in a career in the sciences -- and some are not what you would expect!

*Note: this interview took place in January 2020, before the impact of COVID-19.

Viviane: What are you up to these days?

Jillian: I’m working for a not for profit called the Alberta Biodiversity Monitoring Institute (ABMI). We do biodiversity surveys all across Alberta, looking at different environmental indicators. They’re not specifically looking at ones geared towards anything in particular; it’s not for industry, it’s more just general biodiversity surveys. We have close to 2000 sites across the province in a mix of rural and urban areas.

I’m a logistics coordinator for the monitoring centre. There’s a bunch of different centres: the processing centre, that processes all the collected data; the science centre that develops the protocols we follow, and the monitoring centre does all the actual field work. I’m in charge of all the gear, the inventory, and the logistics of all remote field work that we do: booking helicopters, planes, and coordinating the food pickups. 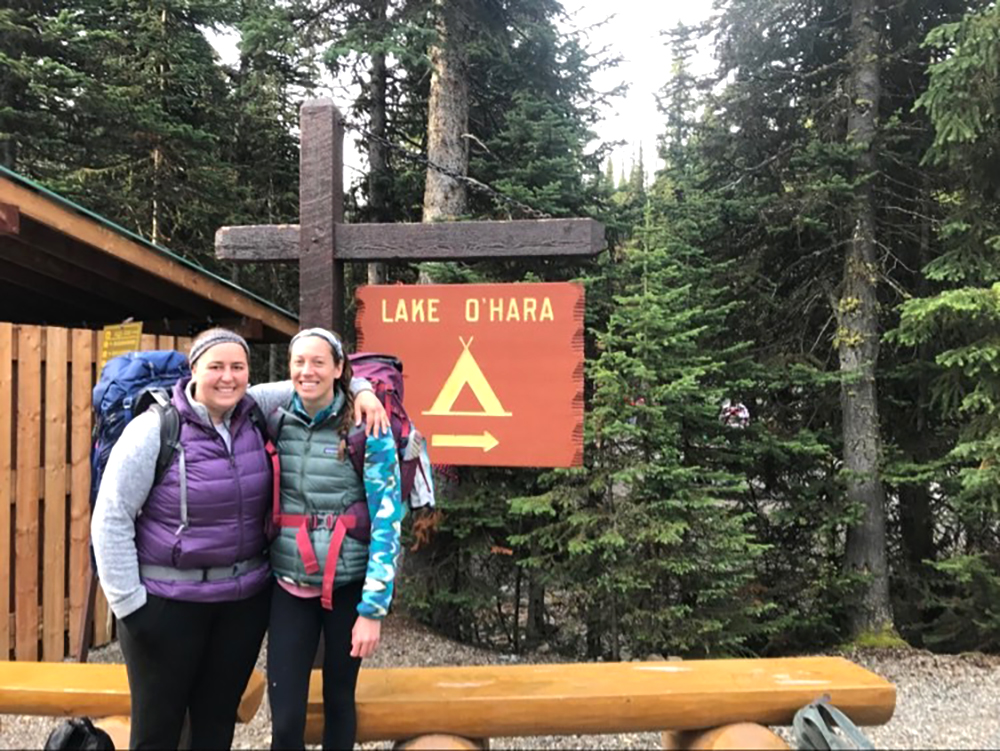 Viviane: What did you take in University, and how did you like it?

Jillian: I took environmental science at University of Waterloo and majored in Ecology.

There were ups and downs. Overall I really enjoyed it, but I struggled with multiple-choice tests, which is what most science courses are these days. I found it frustrating, because that works for some people but not for everyone. On the other hand, I noticed that my classmates would be doing really well, but when it came to writing a lab report or a big project they’d be kind of lost. They didn’t have the skills for that -- STEM fair has a purpose! I found it very helpful. I especially appreciated how good Linden’s English courses were; that really helped me with the writing components.

Viviane: How’d you get into the not for profit, and how do you find it?

Jillian: We just secured a four-year contract with the government of Alberta!

When you work at “for profit” environmental consulting companies it’s totally different because the work is going to be there, and they’re going to pay so much more for that. There’s security there -- not always, but on bigger projects. But with not-for-profits, you really don’t know if it’s going to continue. We also get a lot of our funding from the OSUM Alberta Oilsand area. That also allows us to have access to the oil sands region, because it’s a huge area, and you need a lot of training before you can physically enter the space!

I got into it through a summer job, I found them online. They’re pretty well known, in Alberta at least. I worked for them for two summers, and ended up getting hired full time after my last summer. It took me three years to find something full time after graduating.

Viviane: How did you find the Co-op program?

Jillian: Since I did co-op, I had already accumulated about 1.5 years of work experience when I graduated. It was nearly all with the government, which was great. I thought it was really valuable in that it showed me what I liked and didn’t like, because environmental science -- well, science in general but particularly environmental science -- is so broad.

I did my first coop with Agriculture and Agrifood Canada conducting greenhouse research. They were looking at different energy conservation studies, for example, seeing how you could get the largest amount of peppers under different conditions. The first time I mostly did grunt work, but I got to see the experiments, which was really cool. The second time, I was with an entomologist, someone who studies bugs. He was looking at predatory interactions between different greenhouse pests, trying to combat bugs that eat the plants with other bugs. He was studying to see if there's a biological factor you can use, other than pesticides, to control greenhouse pests. I got to learn about how studies are run, and also take on additional projects with other greenhouses, and became the lab coordinator for some.

We had one project studying cabbage loopers, which are a type of caterpillars that eat produce. In fact, they can completely devour a tomato greenhouse in a few days. It’s hard to contain them, and usually, it involves pesticides. What we explored is essentially a fungicide which we would put inside bee-caves. When the bees went to pollinate the plants they would leave the fungicide on the plants which killed off the cabbage loopers. So it was not toxic to the plant.

I also did a really cool aquatic restoration ecology placement, with Fisheries and Oceans Canada in Burlington, and I am hoping to be able to return someday. The co-op was mostly data management. Linden helped with that too: the number of labs that we did at Linden prepared me for looking at large data sets. This one was mostly data management, not as much field work.

The next co-op was in Ottawa as an environmental assistant in National Guideline. They create guidelines for environmental contaminants. For example, if you have cadmium contamination on your property, deciding what concentration limit is acceptable in the environment, what‘s acceptable in soil and water etc. I was doing a lot of research, mostly in the form of literature reviews.

My last coop was in forestry. It was another greenhouse job, they had an arboretum. It was really cool to see the variety of trees grown under different conditions. The study focused on blister-rust, a disease that affects a lot of pine in Ontario, and can essentially kill them off. We looked at specific funguses that would help the survival of trees that had been infected.

Co-op was a combination of a lot of different science and research positions. I would really recommend it to someone who isn’t sure what they want to do yet, because it shows you what the industry is like and gives you that step up if you decide to pursue that field, and gives you something on your résumé besides a few part-time jobs. I came out with a year and a half of work experience when I graduated. It helped me get hired -- I think it helped with the ABMI job when I applied for a logistics coordinator position, because it showed that I could work with a lot of data, and knew how to handle a lot of different projects.”

Viviane: Do you have a favourite memory from your time at Linden?

Jillian: I loved the sports; I think that was something that really got me through. I have great memories of sports at Linden, and working with Deidre, and it’s so important to have an activity that you can go to as a release. In university too, I found sports so important. It was a little hard going from doing so many sports per week at Linden, then nothing in first year. Motivating yourself to go out and do that is so important in first year. I went to volleyball because some friends invited me, and I never did it at Linden but I thought I would try it. 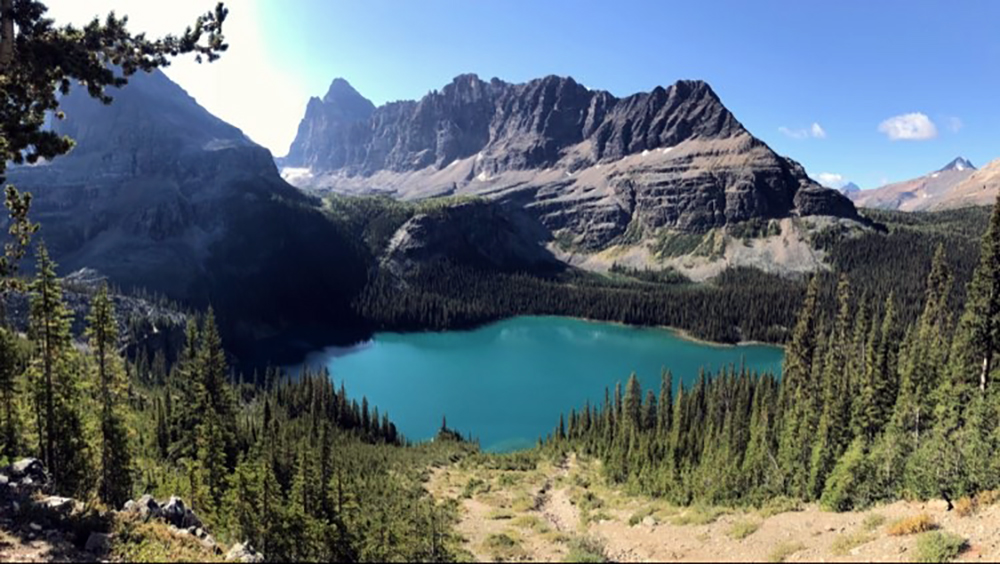 Viviane: Your job is very active; being fit must be important.

Jillian: We’re doing winter fieldwork right now [early January], trudging through the snow wearing heavy packs. We had some pretty high elevation gains on a site near Jasper Park, so we’re going through the foothills. It was really cool and beautiful, and driving the mountains every day. I loved being able to say ‘Ok, I’m going to get out of my truck and snowmobile for the whole day.’”

Viviane: Do you have any advice for current Linden students?

Jillian: If you’re passionate about something, keep with it. If you go into a field you’re not into, you’re not going to put your best work forward, and you’re not going to be happy. It’s important to enjoy what you do: it’s been a key part of why I’ve been able to enjoy being in Alberta. It was hard leaving home, and if I didn’t enjoy what I was doing it would be even harder. You go through all this school and it just doesn’t seem worth it if you aren’t doing something that you really love.

I also have a lot of mentors in my life that I’ve looked up to who have worked really hard, and I think it’s important to find that if you can. Just having those people that you can call and share your experiences with, and get advice from if you’re feeling that you’re not in the right headspace or if you’re feeling a little bit lost at times. I definitely had points in my degree where I was wondering what the point was. I enjoyed Linden so much but I found University very different. I’m happy I stuck with it.

Don’t underestimate the value of STEM Fair and those hard English classes -- they’re really helpful once you get to university. That is what it’s like, and they will make you so much more prepared for the workload and your courses.