Our Introduction to Drawing unit gave Grade 9 students the opportunity to spend time learning various drawing techniques and gaining a stronger control when using graphite. Students were asked to find a high-quality photograph of a woman who inspires them. They were taught how to use the grid system to render their small reference image on a larger surface while maintaining image proportions. They then added value to their drawing and learned various tricks of the trade to produce a photo-realistic drawing. 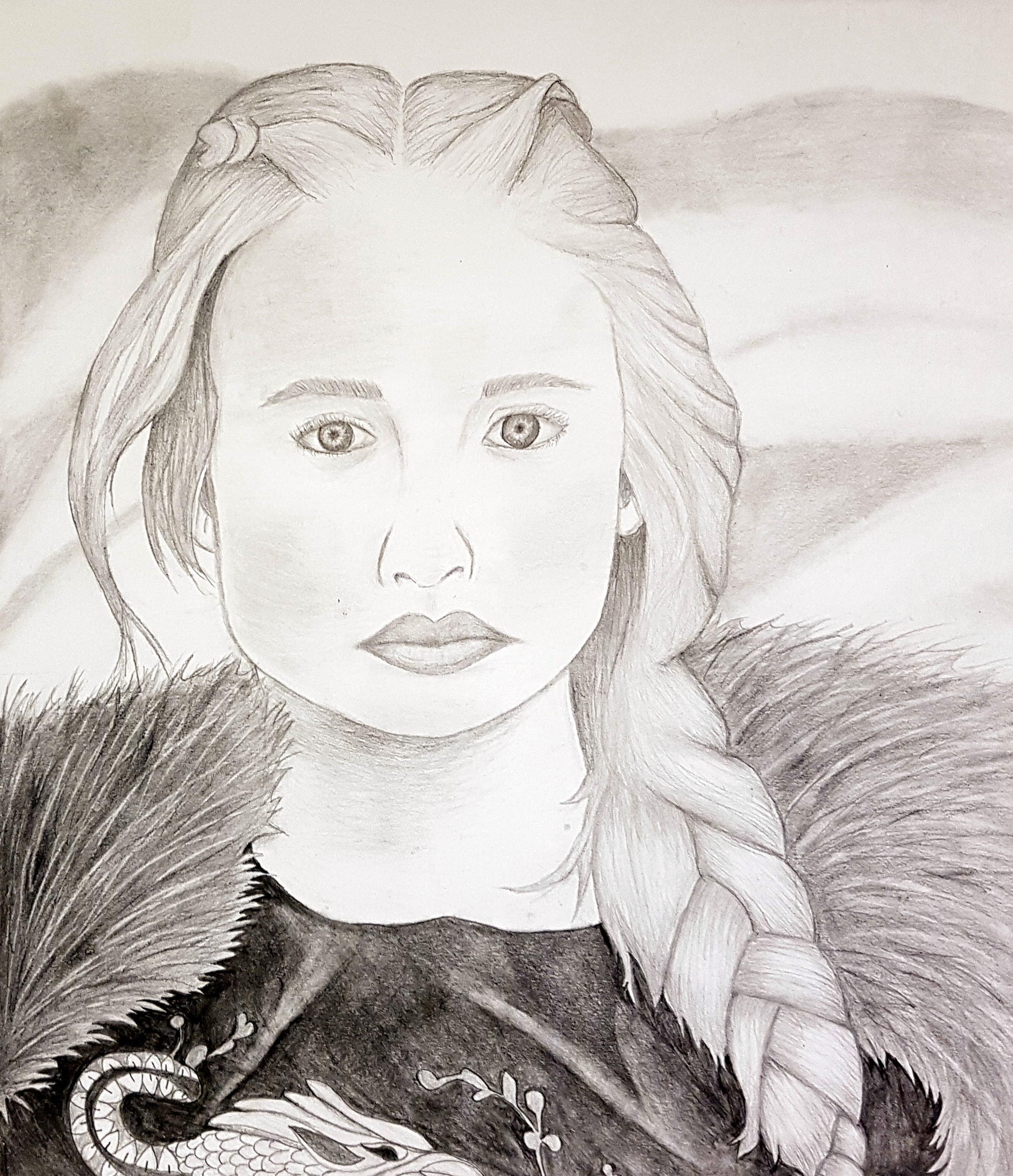 I am inspired by Sansa Stark because she grows throughout the show. She starts out as a very shallow, ignorant and makes a lot of mistakes, but she eventually learns from them. By season 5 she has become intelligent and has developed more important priorities. I also find her inspirational because I think she is a unique feminist icon. Unlike most female characters who are considered tough and therefore feminists, Sansa embraces her femininity as well as being intelligent and strong. She does not need to be masculine to be a leader, and in the end, she saves the day by using her femininity Sansa Stark can win a battle while wearing a dress. 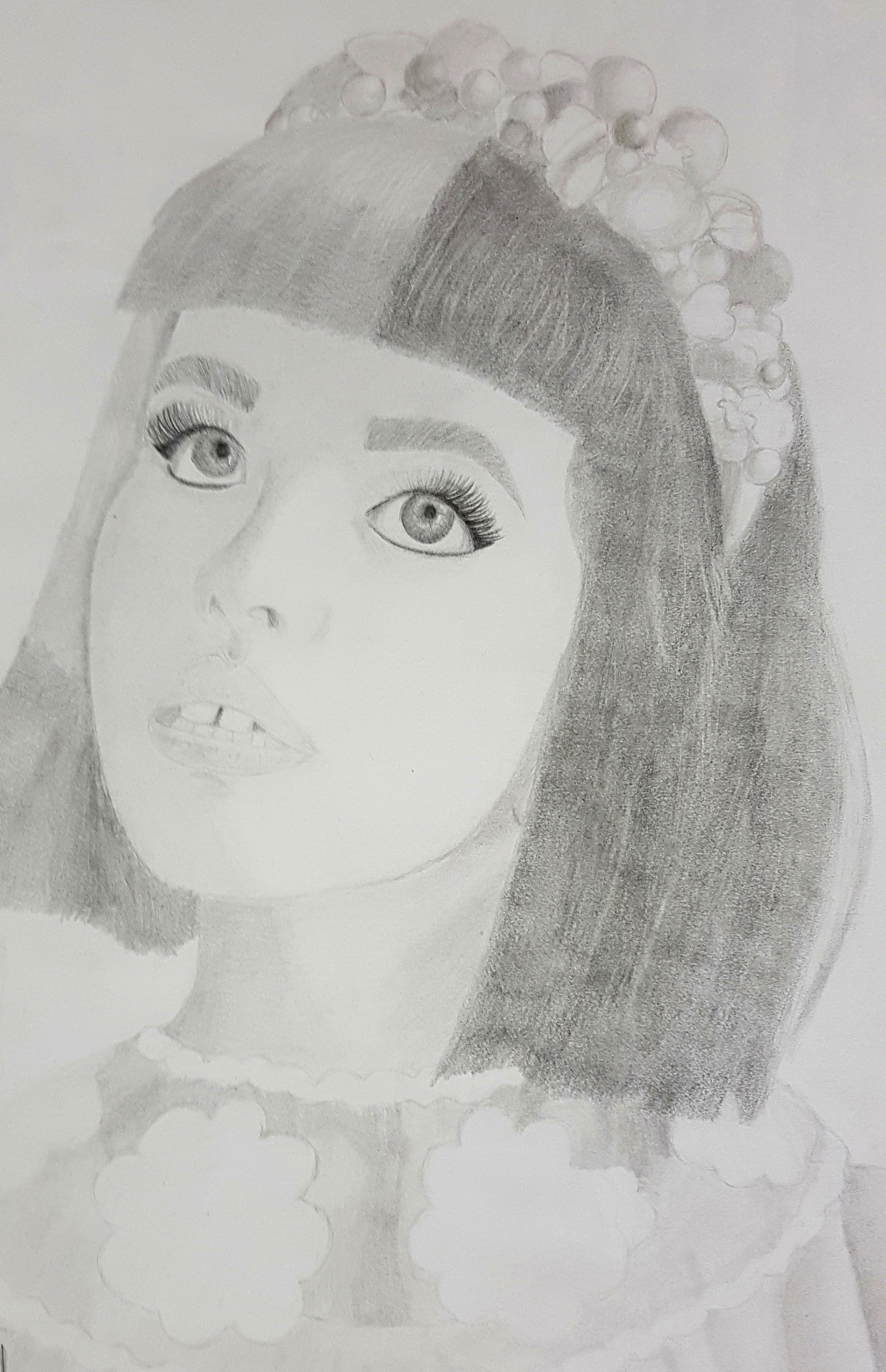 Melanie Martinez is an inspiration to me because though she is a celebrity, she is assertive and stands up for her beliefs. She loves and cherishes her fans but at the same time does not stand for crazy acts that some 'fans' may do and speaks up about it without fear. She is down to earth and wants her fans to see and treat her as a human being and not as an object to be put on a pedestal. She also does not act based upon others opinions of her, but instead acts upon what is best for her and her fans' well-being. Melanie also writes her own music, and she is not afraid to discuss important and controversial topics through her songs. She comments clearly on the issues of today's society without sugar coating or altering her messages. One of Melanie's best-known features is the gap between her two front teeth. Even though she receives a lot of hate on her teeth since society's beauty standards of having not-perfectly-straight teeth is undesirable, Melanie embraces her appearance and shows that even if you do not fit society's beauty standards, you can still be beautiful. 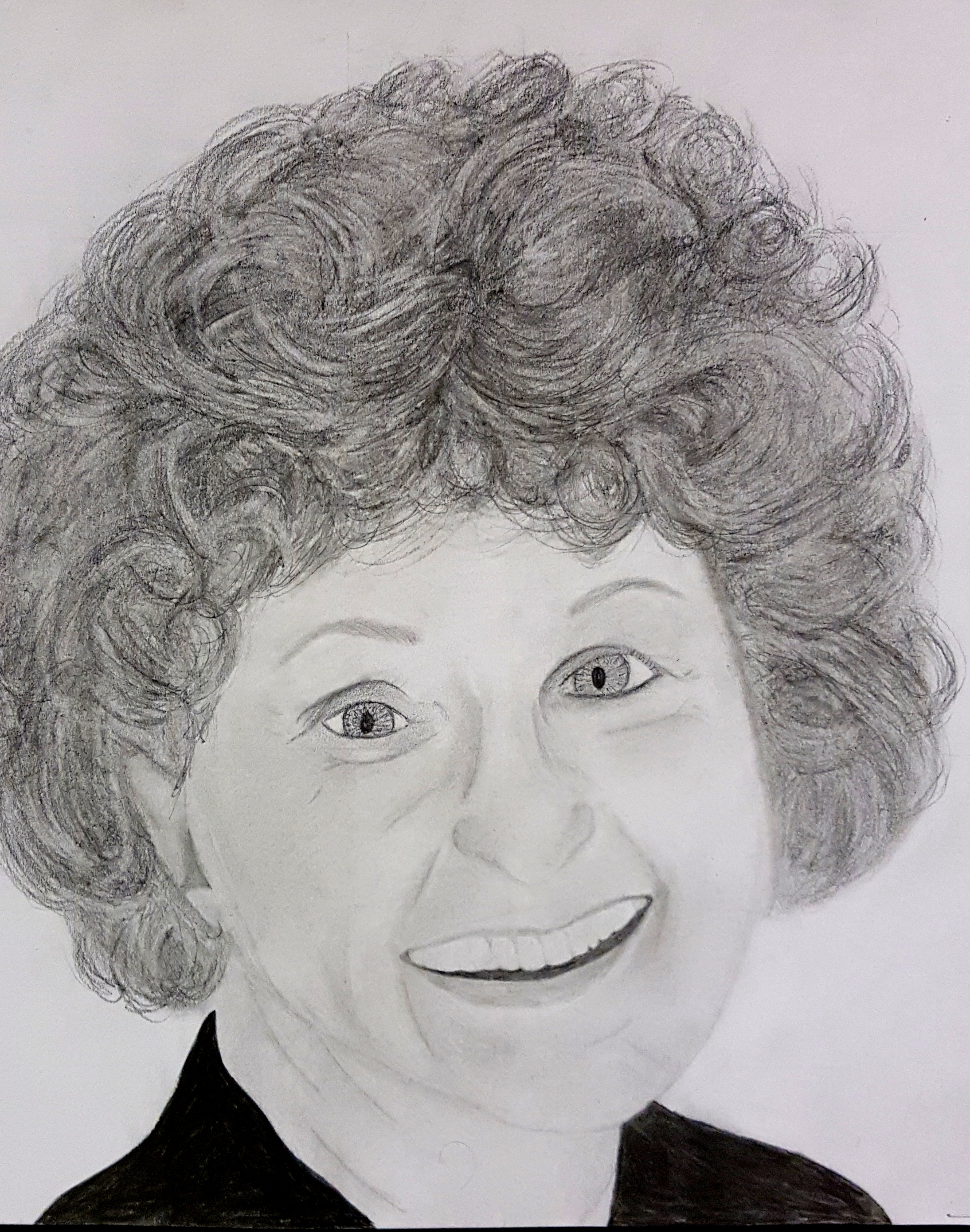 Melanie Panitch is an inspiration to me because she cares about so many other people and makes sure everyone has the rights they deserve and can live their life. She is an activist, advocate, researcher and educator and focuses on disability rights. She has taught courses on human rights and has helped make a lot of community areas accessible for everyone. She looks at how she can make a difference and how she can educate others on how they can make a difference. She has conducted research and led exhibits on activist disability history. She is a leader in her workplace and the places she travels, and to those surrounding her. She is not only an inspiration to me, but also to many other young women and adults. 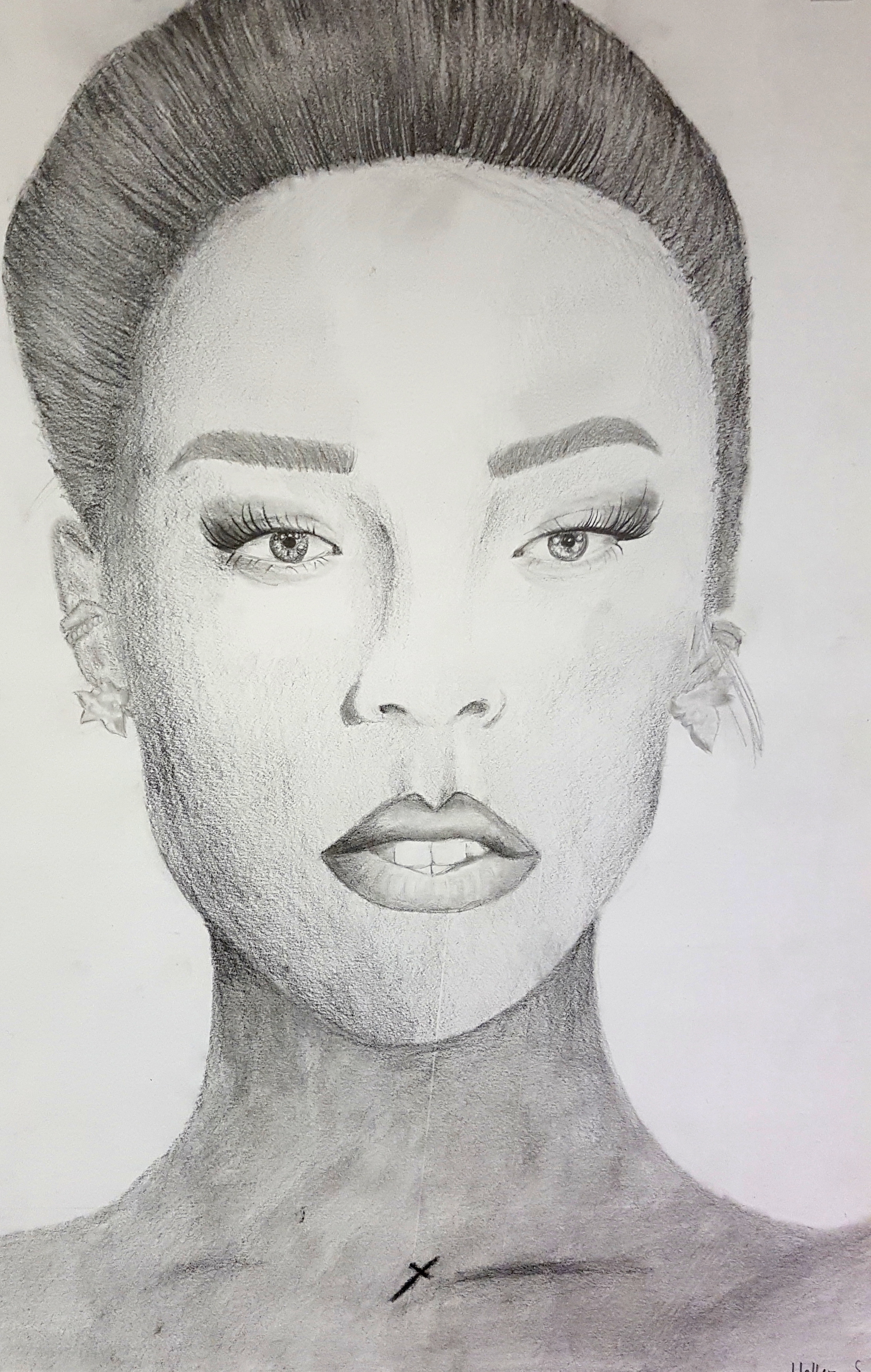 Rihanna is known for talking about living your life for yourself and that you don’t have to please everybody—just do what you want to do. Rihanna cares a lot about body positivity. She has said in many quotes that just because some women are really skinny and a size 0, doesn’t mean that all women should be skinny. She looks at the positive side of her abusive relationship with Chris Brown. She says that because she has spoken out about it so much, he will never do it again. In the same quote, she says that we need to educate people about abuse instead of blaming the victims. These are just a few reasons why I think Rihanna is an inspiration especially to young women like me. 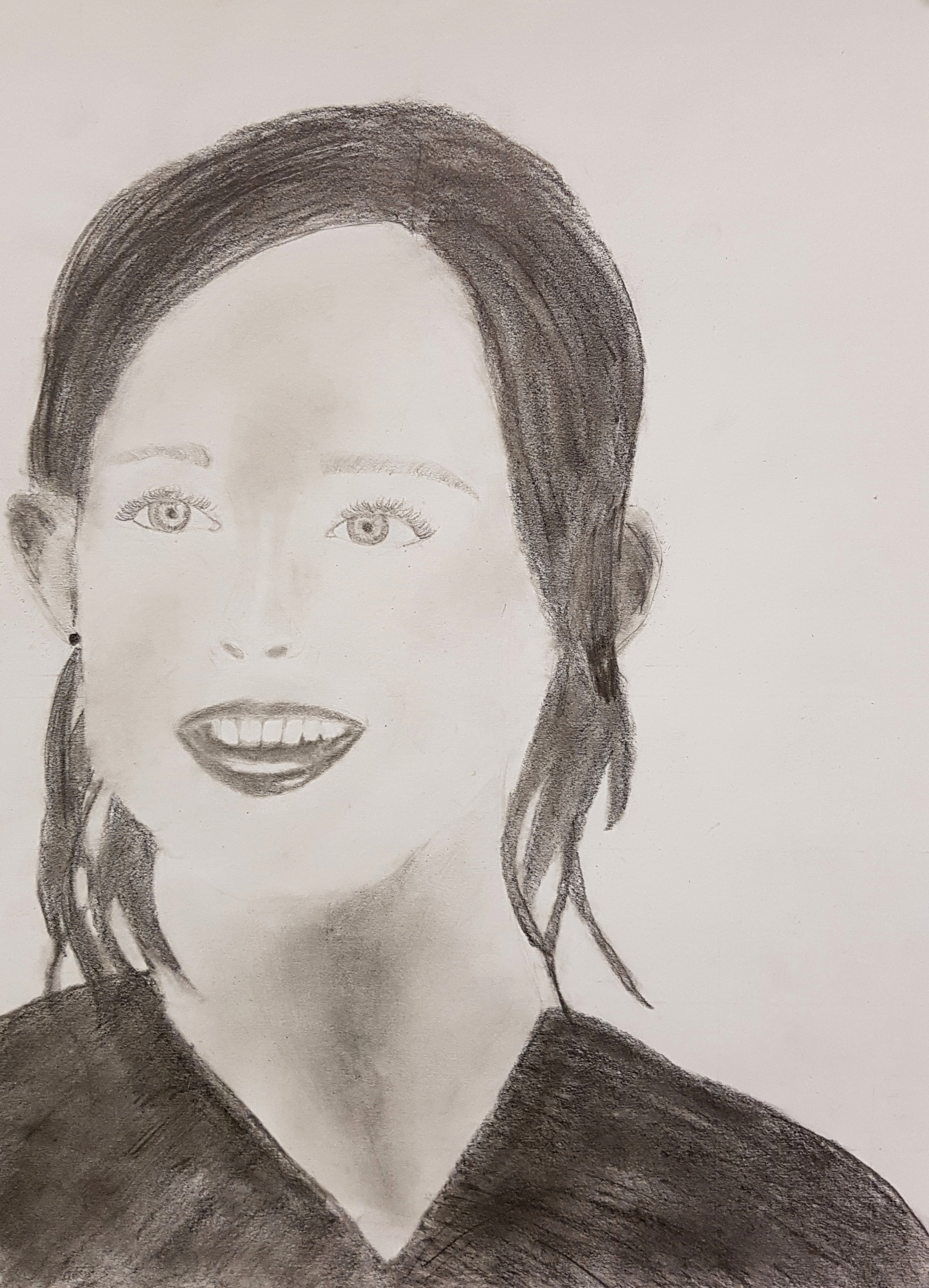 For my art project, I chose Emma Watson because she is a feminist. She is inspiring because she stands up for women's rights and is hoping that she can make a change by advocating for gender equality. Emma taught women that if you believe in something and stand up for yourself, you can achieve it. She is a successful actress, and she inspires many people. She plays the character of Hermione in Harry Potter, where she showcases a smart girl who sticks up for herself and her friends. Emma is an inspirational woman to many girls around the world because of how she speaks about how women should have the same rights as men. She has stated that “I should be paid the same amount as men are being paid, and I should have the right to make my own decisions about my body.” The point she is making is that it's your life, no one controls it except for you. 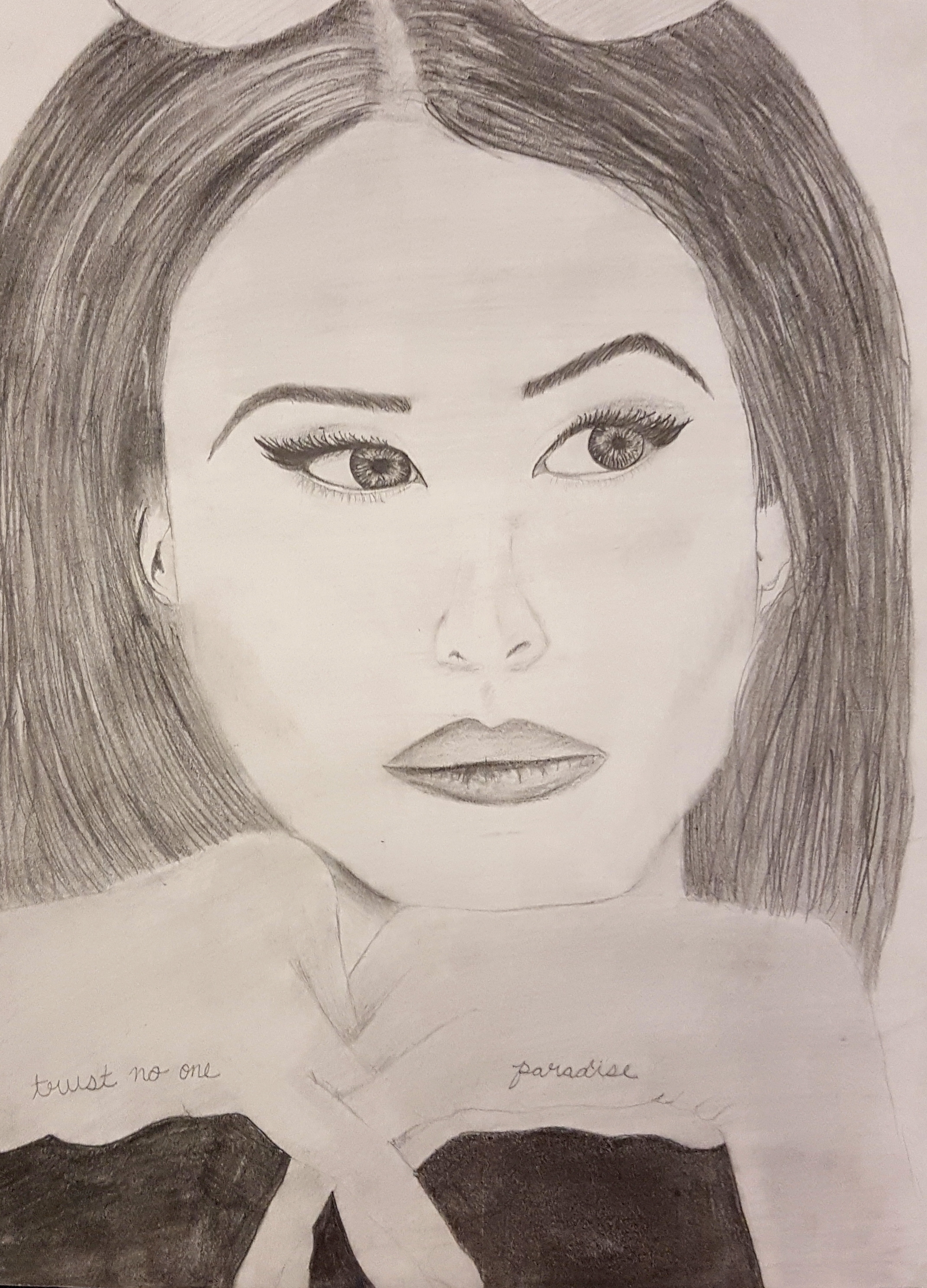 I chose to do Lana Del Rey for my inspirational women drawing. She is a not only an amazing singer but a feminist icon. Her definition of a feminist is "A women who is free enough to do whatever she wants.". Her feminist stance is unique, which a reason why I admire her so much. Most people think that to be a feminist, you must not want to depend on a man and be independent. And sometimes you are shamed if you don't want these things. She voices women who don't exactly know what's good for themselves. Many feminist musicians embrace the 'girl power!' theme in their music. But LDR prefers to express a more provocative and often shunned vibe, of not being ashamed of depending on a man. But none-the-less, she is a feminist. And she does what she wants. 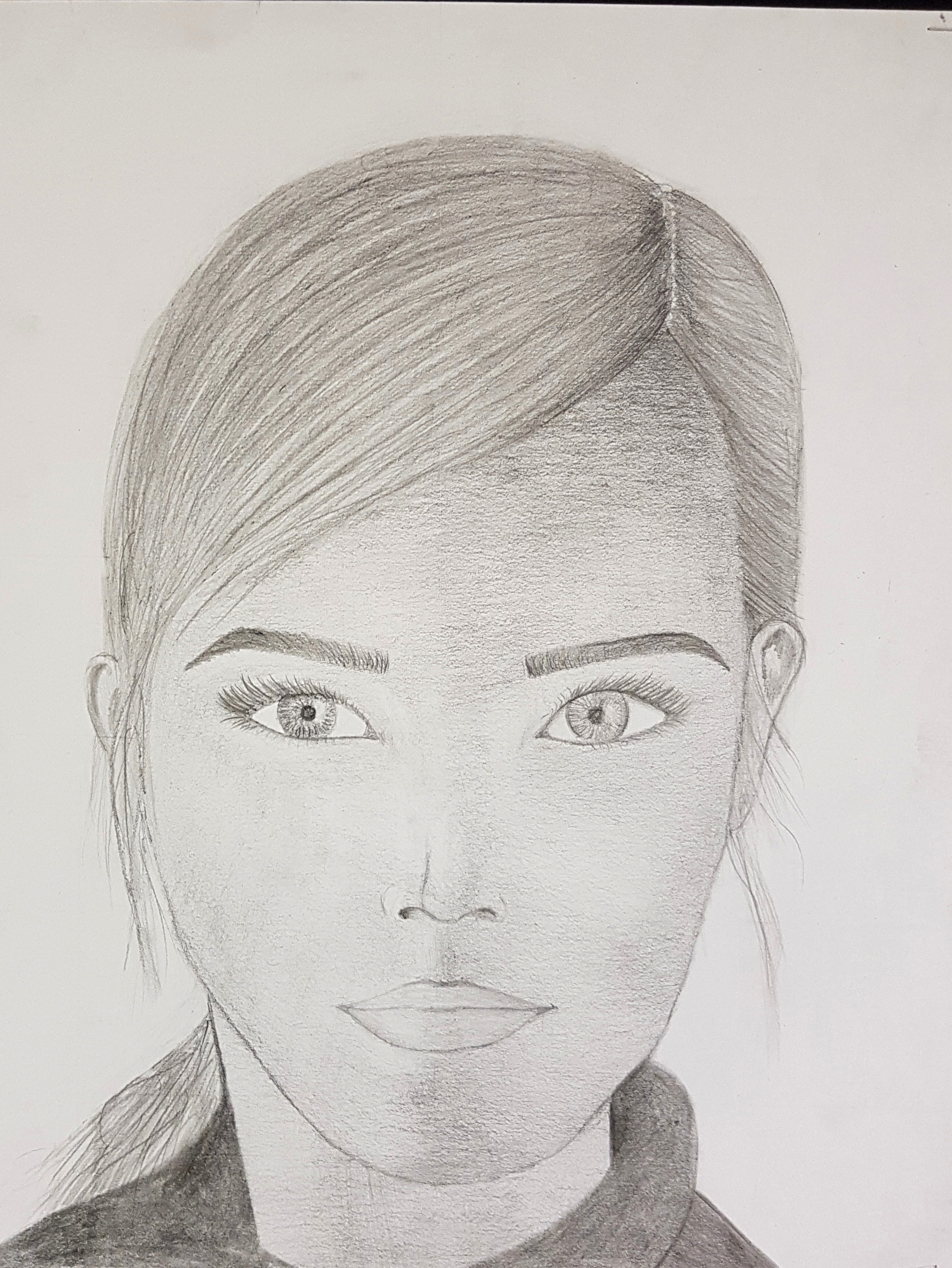 Emma Watson has been acting since she was ten years old. She is well known for her role as Hermione Granger, a strong female lead that has inspired many young girls. Emma managed to work full time as an actress and still do very well in her studies. She graduated from the Ivy League college of Brown. Emma is a UN Women Ambassador; she is a strong feminist and fights for gender equality. She has presented many speeches for UN women, talking about women and men fighting for equality. I am very inspired by Emma Watson because she became famous through acting and used her fame to spread the word on about her beliefs. She has taught people around the world that it's good to fight for their beliefs and not to feel like your wrong just become you don't have the same opinion as everyone around you. 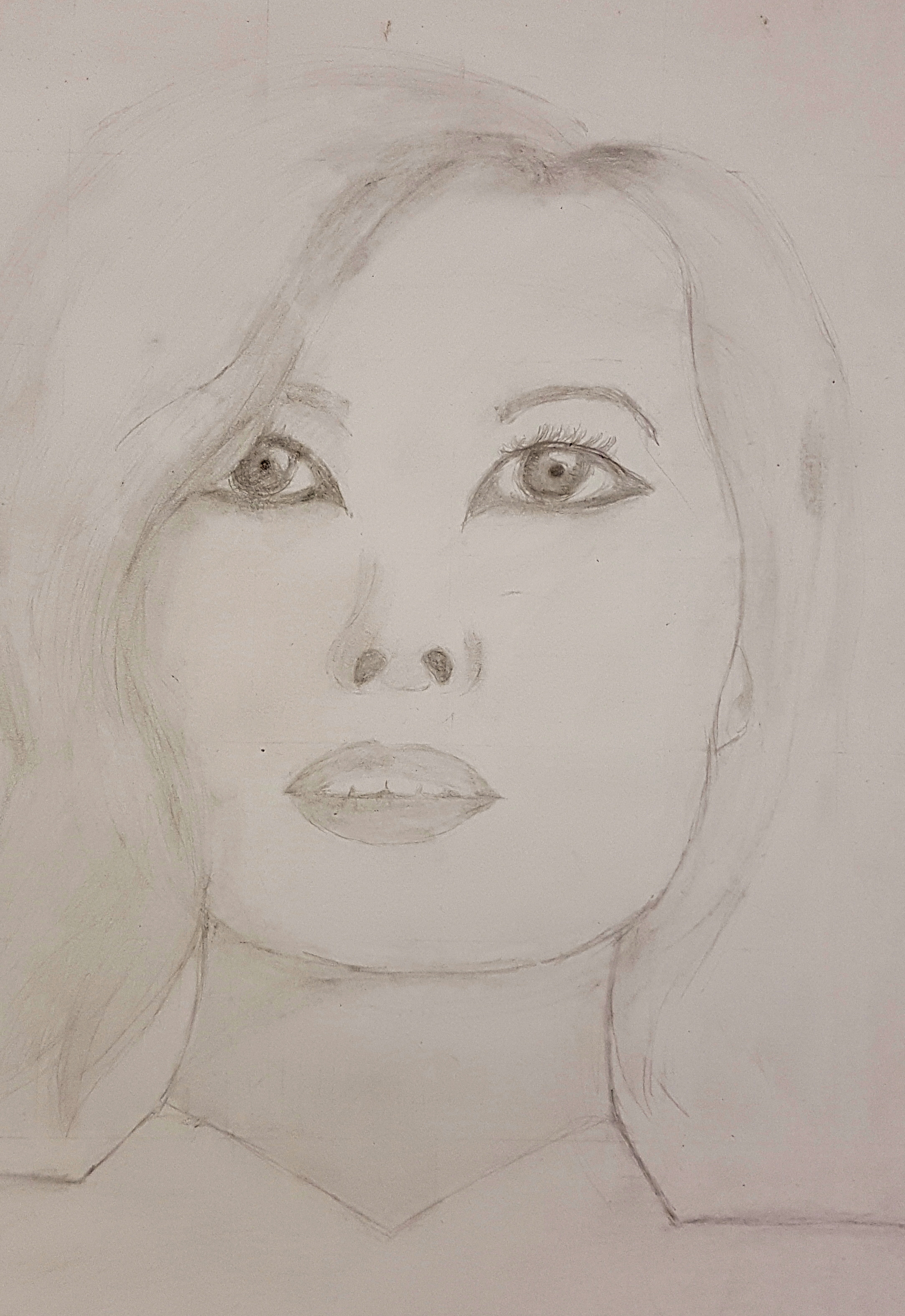 Margot Robbie inspires me as she is a celebrity who is very down to Earth and doesn’t overreact about being famous like other celebrities do. She says if she weren't famous, she would be the same person she is today; hanging out with her same friends, eating at the same restaurants. She doesn’t want to be seen as ‘just an actress,’ but also as a human being. I think that’s pretty cool. To play Harley Quinn in Suicide Squad, she had to learn multiple types of self-defense to film a scene of her fighting off an enemy. She did a backflip. In an elevator. IN HEELS. I can barely walk in heels but to do a backflip in them? If that isn’t inspiring, I don’t know what is.

I picked Jenna Mcdougall because she shows people that it is ok to be yourself and you shouldn't change to fit into what society wants you to be. She recently shaved her head and said that she did it because she wanted to let go of her learned beliefs of beauty, and focus on herself as a whole and not just her appearance. I think that's really inspirational because a lot of people focus too much on their looks and she reminds everyone that your looks don't define you and people shouldn't treat you according to your looks. Jenna Mcdougall also shows that no matter what you are dealing with, you are strong enough to overcome it. She struggled with eczema when she was younger, and it eventually paralyzed her. She got over that amongst other things and inspired a lot of people including me.