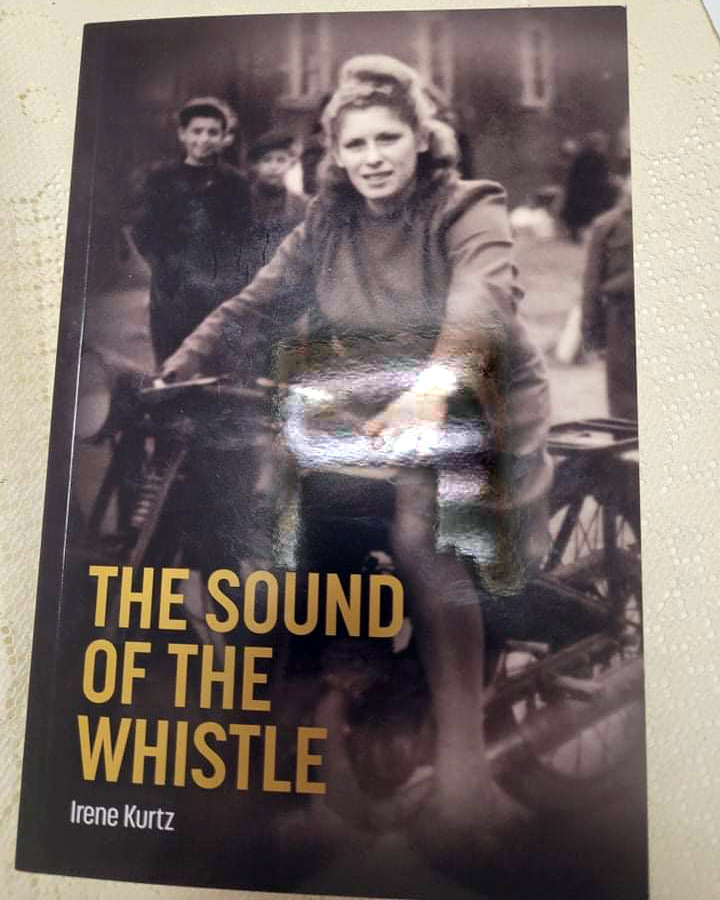 “Among my fellow prisoners were a doctor and his 16-year-old daughter. We knew we were going to the showers the next day, and we believed we would be killed. The doctor gave his daughter a poison pill to swallow before going to the gas chamber so that she wouldn’t suffer at the end. The girl asked her father how to take the pills, as they had no water. ‘Use your tears,’ he said. When the time came, she took the pill, put her head on my shoulder, and then she fell over and died. A soldier saw her lying there and kicked her body aside.”

Irene Kurtz, 94, was unflinching in her descriptions of the atrocities that she witnessed and experienced as a young girl in Poland, first in the Warsaw Ghetto and then in a concentration camp. She shared her story with Linden’s Grade 6-12 students and faculty at the Holocaust Education Week All School on November 4th.

Students had many thoughtful and insightful questions. Some asked about Irene’s experiences after the war and learned that the hardships continued. Serena in Grade 10 wondered if Irene had seen any attempts at resistance, but learned that it was virtually impossible because of weakness and hunger. Niamh in Grade 6 wanted to know if Irene had always been so comfortable sharing such a difficult story.

“This is important not just for students but for teachers as well,” said history teacher Martin Ramirez, who organized the event. “It’s not just about Nazis and Jews: it's about intolerance and atrocities.”

“We were an easy target and people stood by,” said Irene. “Now it’s up to the young generation. These things must not happen to anyone ever again.”

Irene urged students to speak up and not to be shy when they see injustice. “If you see something that isn’t right, step in. My father said like the wind it would blow away, but we are making sure this story doesn’t go with the wind.”

Martin expressed gratitude to Irene for retelling and reliving her experiences. “They are such an important reminder of what human beings can do to other human beings,” said Martin. “The hope is that we learn and do not repeat.”