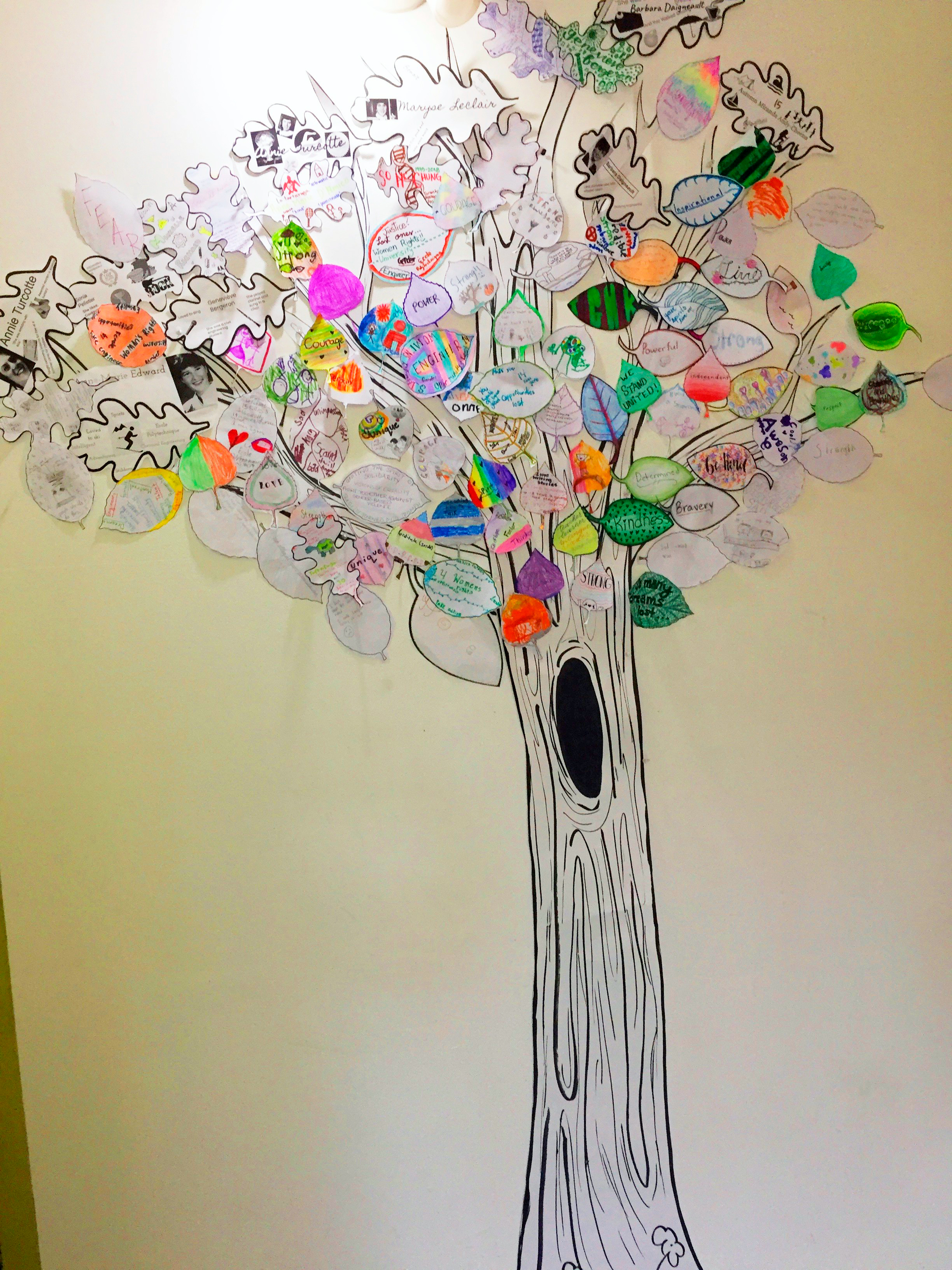 December 6, 2020 marked the 31st Anniversary of the 1989 Ecole Polytechnique massacre that left 14 women murdered in the name of “fighting feminism”. This event left Canadians aghast, and forever changed the way our society views power dynamics between men and women.

On Tuesday, December 1 Coco Lee’s Grade 10 French class led an All School activity to spread awareness and to honour the lives that were lost. We began with a poignant video produced by the Grade 10s detailing the events of that day, highlighting the moment in which the gunman separated the men and women in the technology-driven class. The repercussions of the event not only changed the way we speak about gender-based violence in our everyday lives but also spurred an acceleration in demand for women in STEM.

It was the terrorist’s hope that this brazen act would ignite a world in which women were ‘less than’, and a man like him could excel without competition from the opposite sex. Our presenting class also highlighted that in today’s age, it is gender-nonconforming people, and People of Colour who are the victims of violent prejudice and that our activism means nothing if we aren’t standing up for every person who is experience discrimination.

The school then participated in an activity to empower, uplift, and commemorate the victims of such crimes. On outlines of delicate leaves, our students wrote words that bring to life what it means to experience and rise against gender-based violence.

“The Grade 10s came up with the tree idea,” explains Coco. “They wanted the activity to be something that everyone in the school could take part in while also being mindful of Covid restrictions.”

At the bottom of our stairwell stands a beautiful paper tree, standing tall with leaves covered in words of empowerment and resilience for the lives fought for and lives lost against gender-based violence. If you know anyone who is suffering from aggression, intimidation or violence, please find more information here.