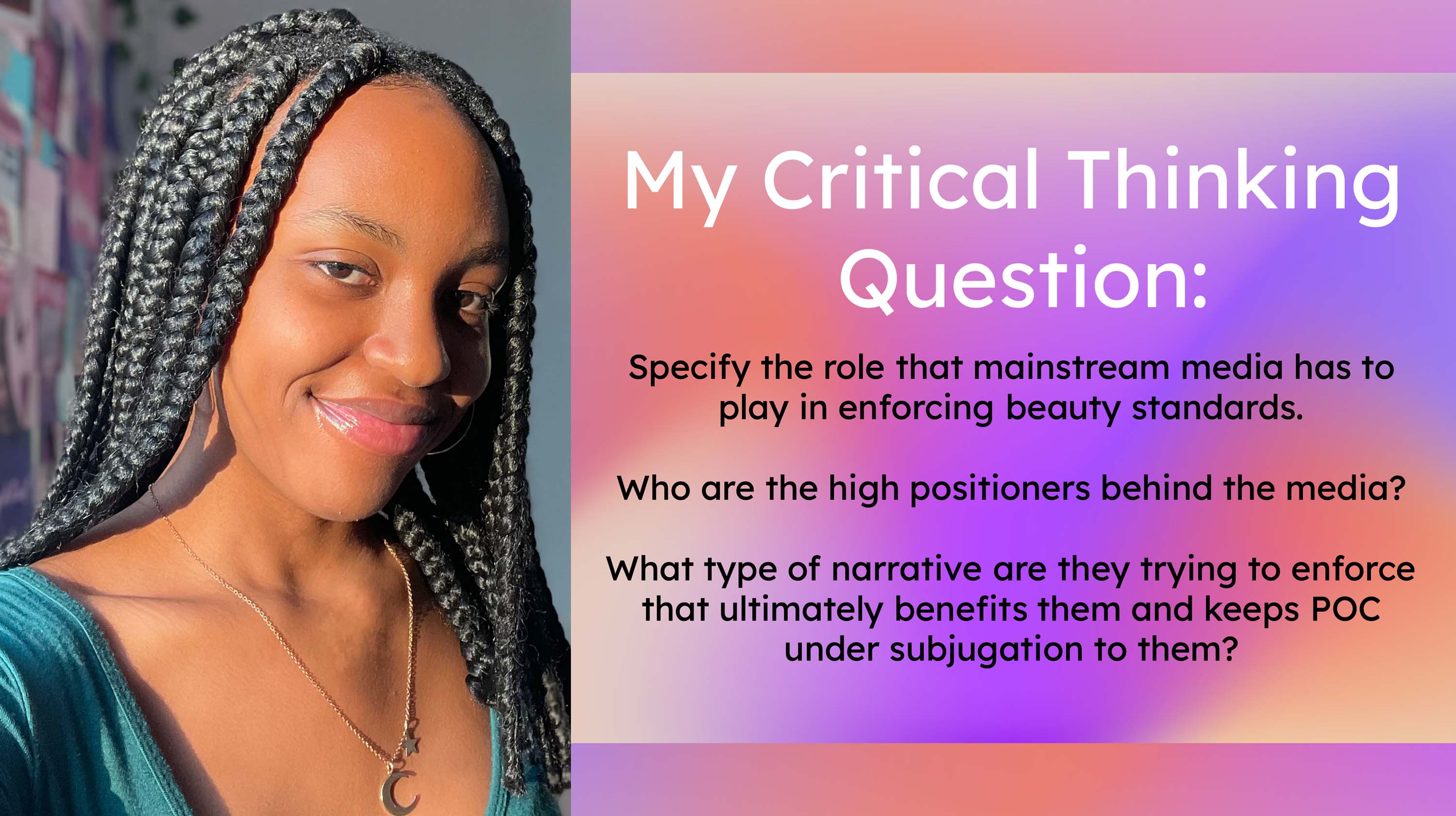 Specify the role that mainstream media has to play in enforcing beauty standards. Who are the high positioners behind the media? What type of narrative are they trying to enforce that ultimately benefits them and keeps people of colour under subjugation to them?

These were the discussion questions posed by Grade 10 student Aisha when it was her turn to lead her English class in their inquiry-based media analysis unit.

Skillfully led by Aisha, students then engaged in a spirited exploration that spanned many aspects of Aisha’s complex questions. 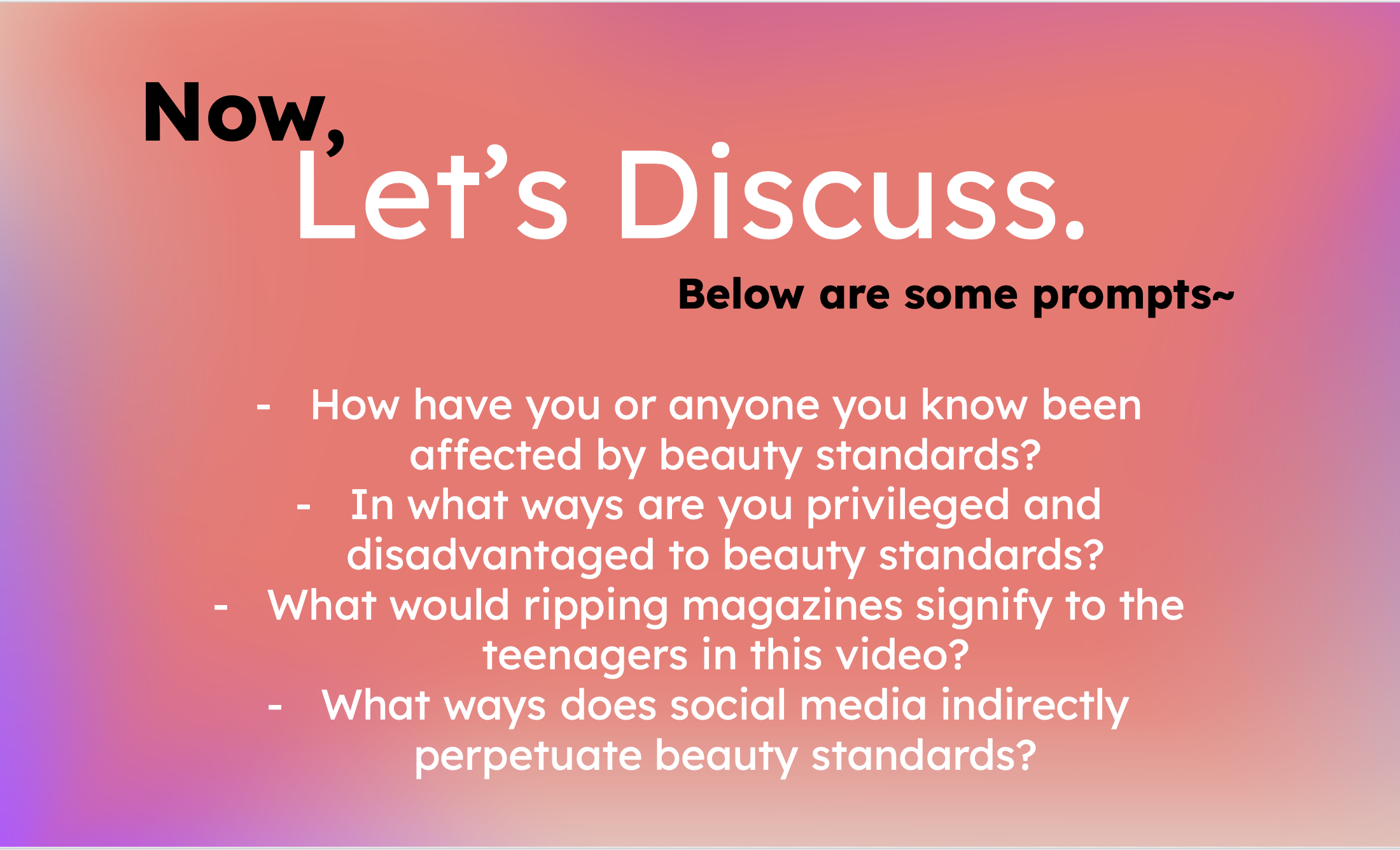 They discussed the impact of beauty standards on mental and physical health, and the privilege afforded to those who fit the conventional standard. “It impacts so many areas of your life, perhaps even your ability to get a job,” said Serena.

Sophia pointed out the variation in beauty standards in different parts of the world. Some cultures glorify thin bodies while others want women to be big and tanned. “Although Canada has many immigrants and a lot of diversity, I think the standards here are white standards, which negatively impacts people of colour.”

Aisha noted that cultural appropriation was often evident. Trends and features are portrayed as undesirable or weird on those for whom they are authentic, but are seen as edgy and trendy when watered down and adopted by white or white-passing people. 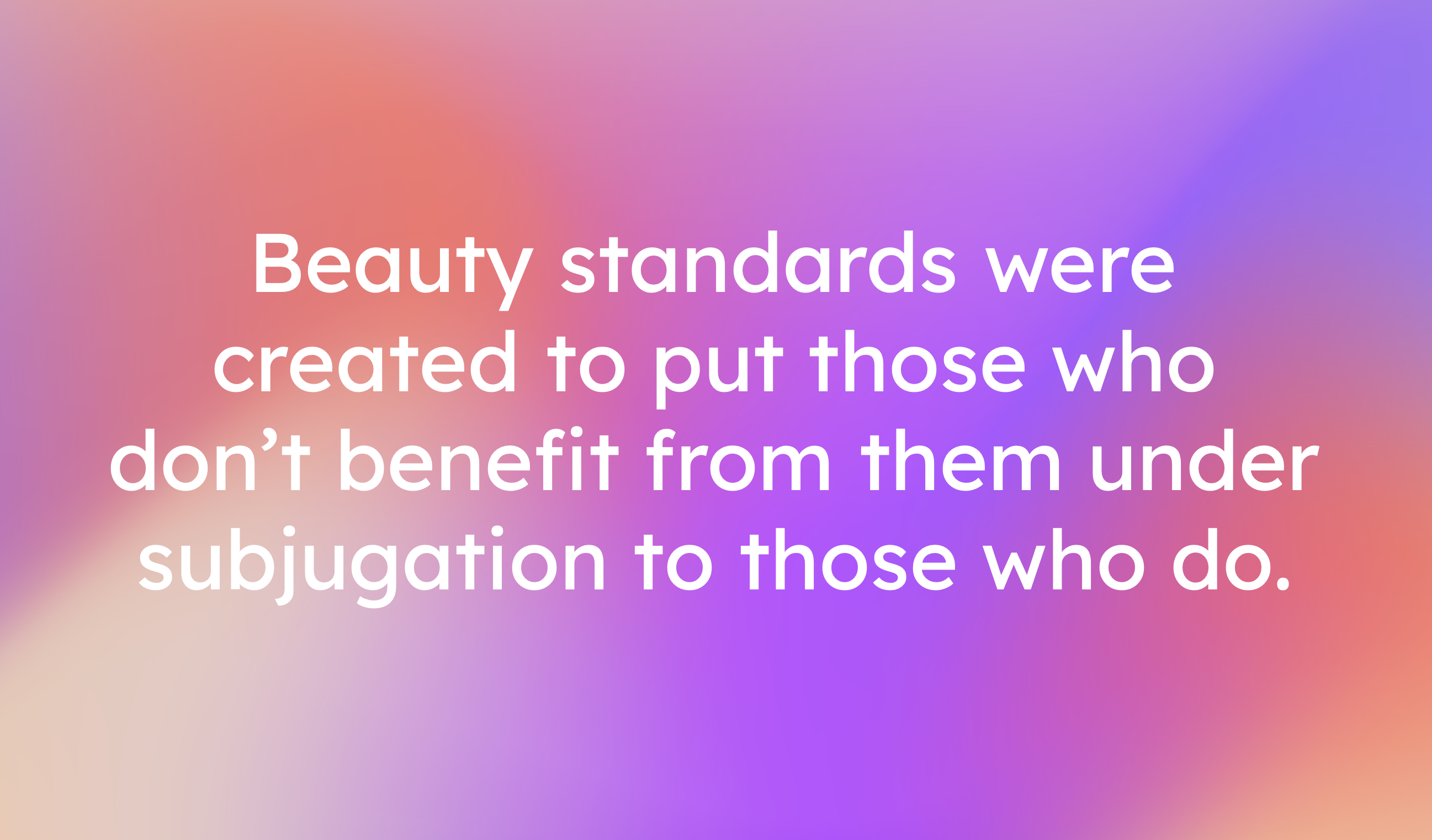 Serena questioned who the high positioners are and wanted to explore the economic aspect of the question. Who profits when people are dissatisfied with their appearance? “Many beauty standards require a lot of money to keep up, such as plastic surgery, expensive clothes, and make up,” she said.

Celebrity culture was explored, including the behaviour of influencers and fashion models. “They are not held accountable,” said Sophia. And according to Cassidy: “our glorification of beauty standards and celebrity contributes to shaming those who are poor.” 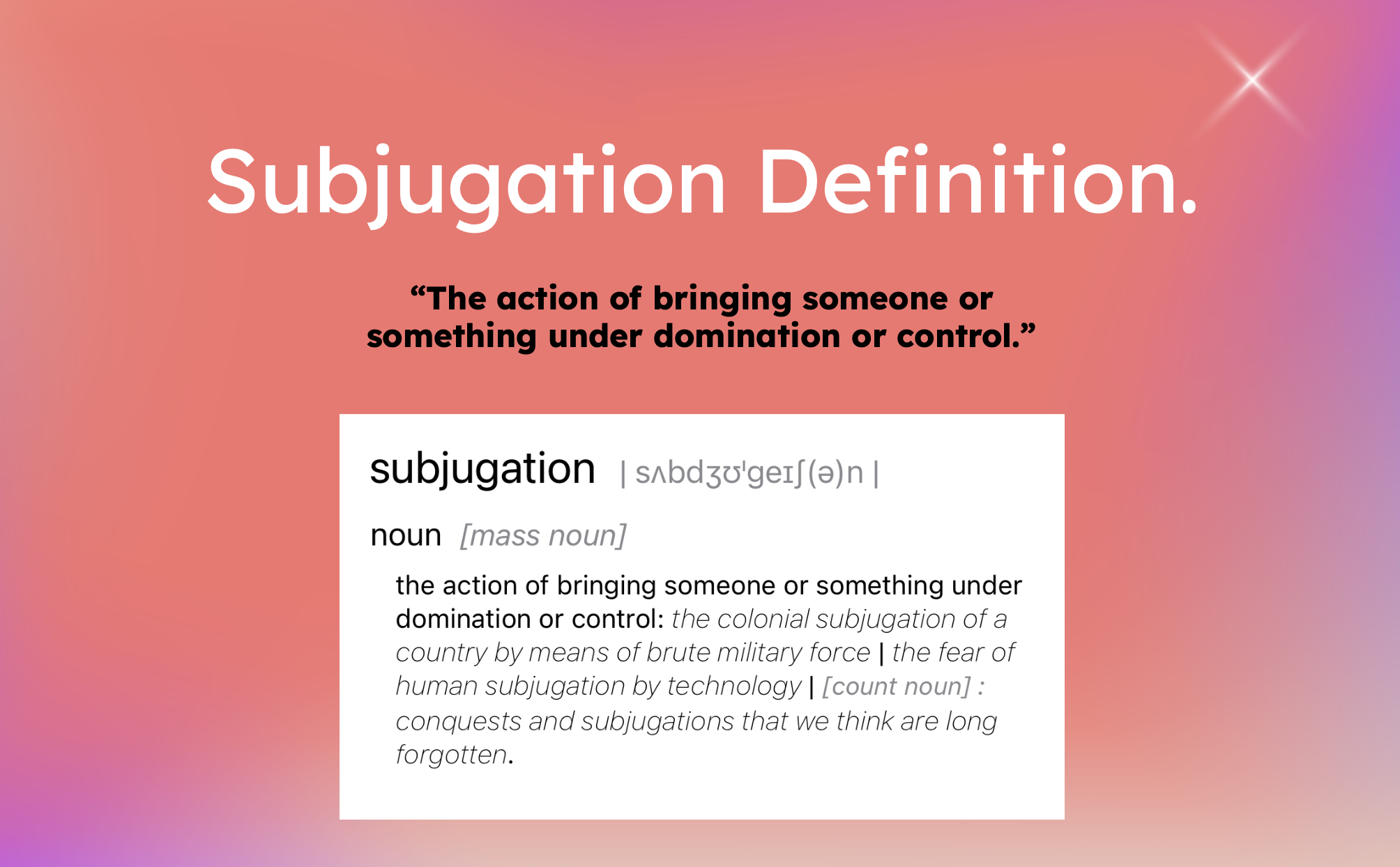 Claire observed that what you see on your social media feed is the result of an algorithm based on ‘likes’ and ‘clicks’, and we can choose to reject these images and messages. “We can be the ‘higher power’ within the system, by creating our own algorithms and curating our feeds,” she said. Equally the 15-year-old Grade 10s realized that younger students exposed to social media may be less savvy and more vulnerable to pressures. “A 12-year-old on social media may be more easily influenced by celebrities’ posts,” said Aisha.

“Race is a factor,” concluded Aisha. “Beauty is equated with whiteness, and the standards of beauty subjugate those who do not meet them. They are put in a box by society. To me, being beautiful is being able to look at yourself and being raw, being yourself: not wanting to change anything.”

Senior English Teacher Elizabeth Ward-McCarthy remarked on the many thoughtful ideas that students brought not only to this discussion but throughout the unit, and the respectful way that the students treat one another even when they don’t share the same point of view. “I see you all shining when you talk about things that you care about,” she said.