Enoch Turner Schoolhouse: A Journey Back in the Victorian Era 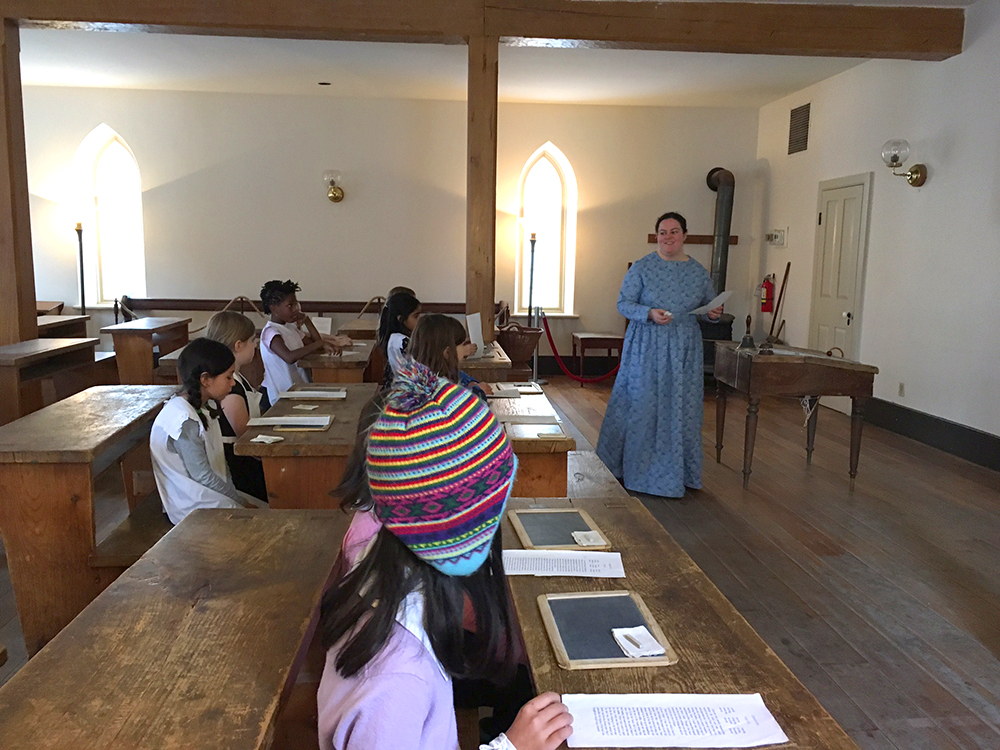 By Gary Marchanton, Grade 3 and 4 Teacher

Our Grade 3 and 4 class went back in time to 1858 and attended the Enoch Turner Schoolhouse. The Enoch Turner Schoolhouse was the first free school in Toronto. We had the opportunity to visit the school and take part in a period lesson. What a lesson it was — we were writing on slates and some of the girls were even introduced to various forms of discipline! This included standing with your nose against a board, but all in good fun. We are all in agreement that it is better to be at Linden today than a school in 1858!

Established and funded in 1848 by local brewer Enoch Turner, Toronto’s first free school educated the children of the area’s many poor immigrants from 1849-1859. Because the families were often from Cork in what is now Eire (Southern Ireland), the neighbourhood became known as Corktown. The Ontario Heritage Trust owns and operates it and runs several school children’s and citizens’ programs here. Through role playing with "Mrs. Henderson" at the blackboard, students experience first hand what a Victorian school was like with its wooden desks, slate writing boards, discipline and the starched collars and pinafores. "Mrs. Henderson" commands their attention as she tells them what children learned in school 150 years ago. 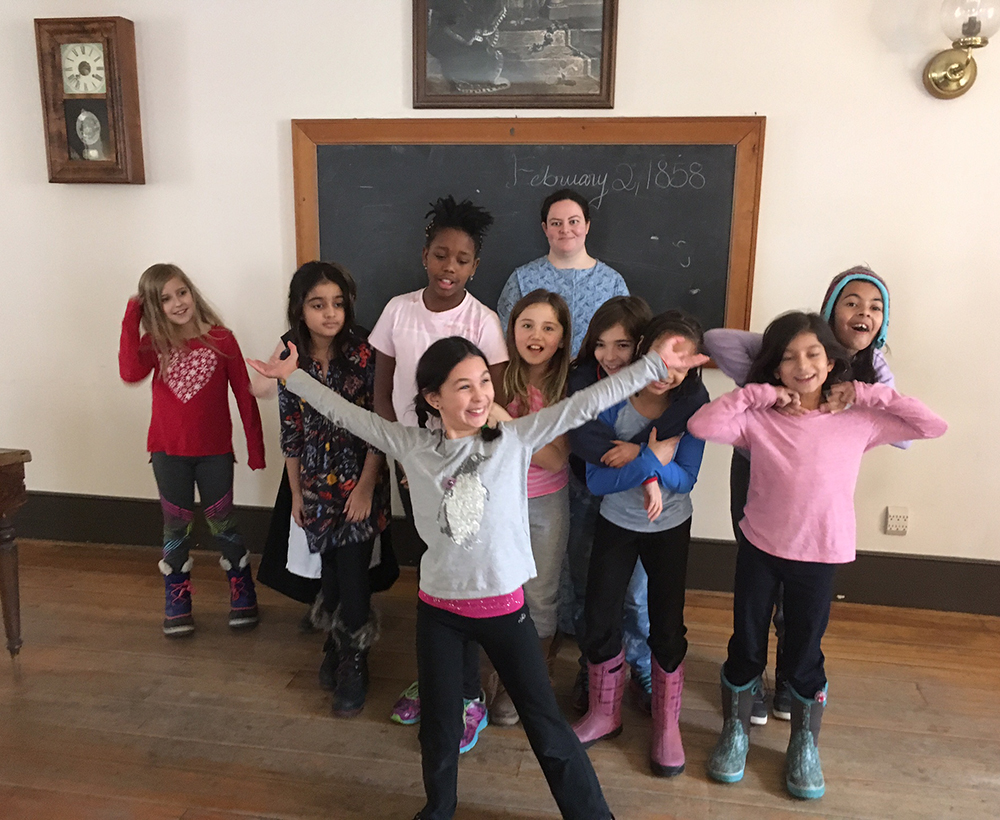 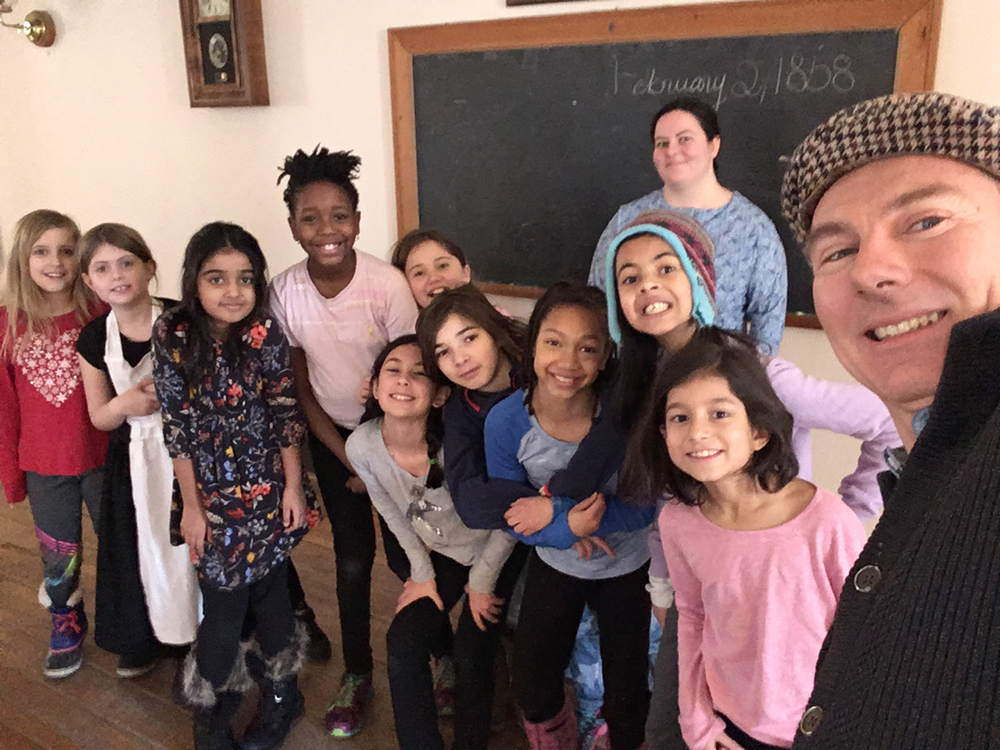