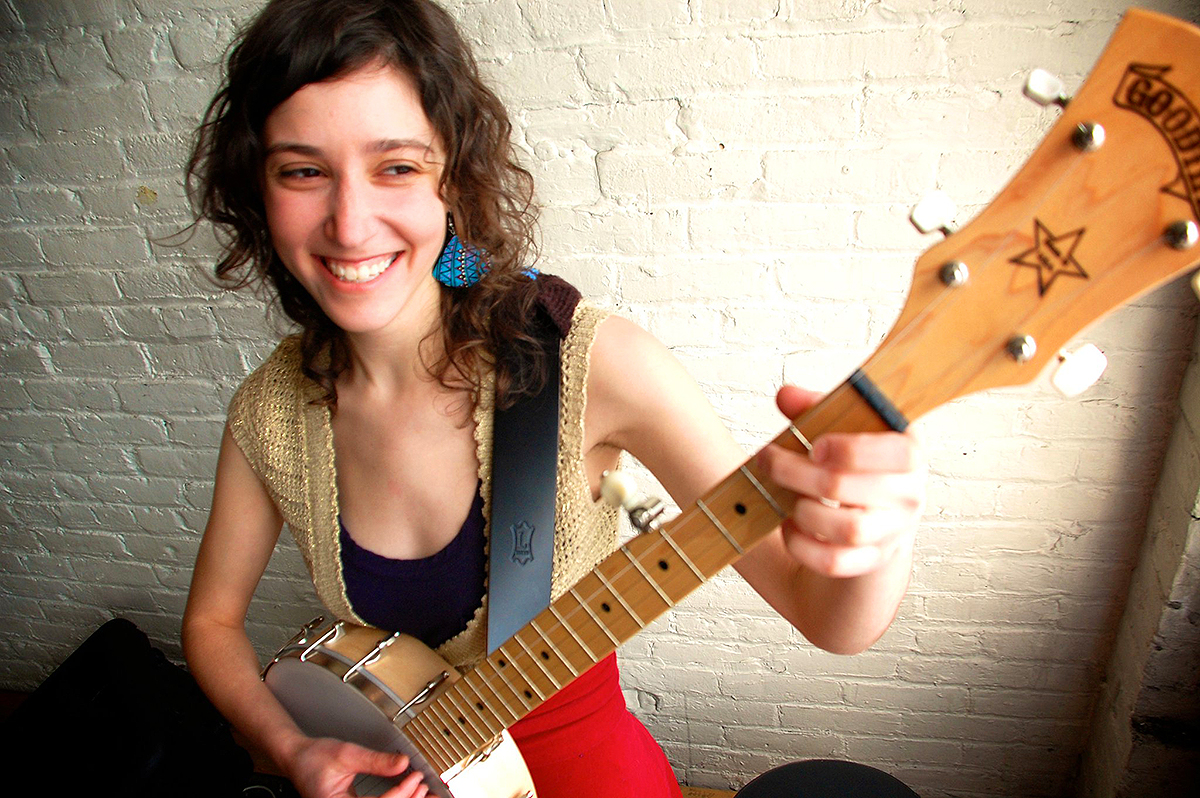 Corey Gulkin (known on stage as Corinna Rose) attended Linden from Grade 5 to Grade 10 (2003). She recently spoke with us about her life after Linden and budding musical career, which makes us so proud of her. Known as a “Banjo-wielding songstress,” Corey now lives in Montreal, touring across Canada and the US for the past two years. Her song "Green Mountain State", co-written with the Rusty Horse Band, won the 2013 grand prize of the John Lennon Song Contest in the folk category. She has played over 200 shows, released four albums, and has participated in various festivals across Canada, including the Montreal Folk Festival and the Campbell Bay Music Festival. She has also performed alongside artists such as Old Man Luedecke, Groenland, Charlotte Cornfield, and Marissa Nadler. She will be recording her second full-length album in the fall of 2016. Learn more about Corey at www.corinnarose.com.

Linden: Tell us about your undergraduate/graduate school choices and major areas of study.

Corey: I completed my BA at McGill University, majoring in philosophy, and subsequently finished a Master’s in Social Work, also at McGill. While unrelated to music, university is where I met my first bandmates. I also happened to submit my Master’s project and release my first EP within the same week!

Corey: I started taking music lessons at the age of 5, starting with piano. By the time I was 10 or 12

I made a goal to learn how to play 10 instruments by the time I turned 18. I got pretty close, and I have to say Linden was a big part of that — in my time there, I learned how to play viola, saxophone, drums, steel pans, and guitar. My parents were also big influences — I learned so much about different types of music from both of them in different ways.

Linden: How did your singing career develop?

Corey: I never really thought I would be a performer, and certainly not the lead singer of a group. I took singing lessons as a kid, and as a teenager loved singing covers of my favourite songs to myself (or a tape recorder) in my basement room. When I first went to university I ended up joining a band, eventually called The Rusty Horse, where I co-wrote songs with 5 close friends. We performed a number of low-key shows, mostly fundraisers, and shows for our friends in our rehearsal space/basement, but it helped me get comfortable on stage. Singing with a band is a lot more fun than singing on your own at a recital.

Corey: Strangely enough, I am currently working a full-time contract at ELAN (The English Language Arts Network) in Montreal as a Communications & Outreach Assistant. Usually, I have part-time work so that I can focus more on music, but it’s been great to connect with different types of artists and to develop skills that I know will be useful for my own artistic endeavors. Currently, I’m preparing to record a new album in my spare time! I’ll be taking a week off to record it in September, and it will be released sometime in 2017.

Corey: One of my favourite Linden memories is participating in an Ultimate Frisbee Tournament when I was about 13. We were the only all-girls team at the tournament, and we mostly spent our energy trying to intimidate the other teams, growling and waving our arms around maniacally as a distraction. Our tactics were unsuccessful, as we scored a total of 0 points the entire day, but I think we had the most fun out of anyone there. I loved that Linden had opportunities for everyone to play on sports teams, no matter how much or little experience you had.

Linden: Do you have any advice for Linden students who might be interested in following a similar career path?

Corey: An arts career is a tremendously fulfilling and challenging endeavor. In no particular order: