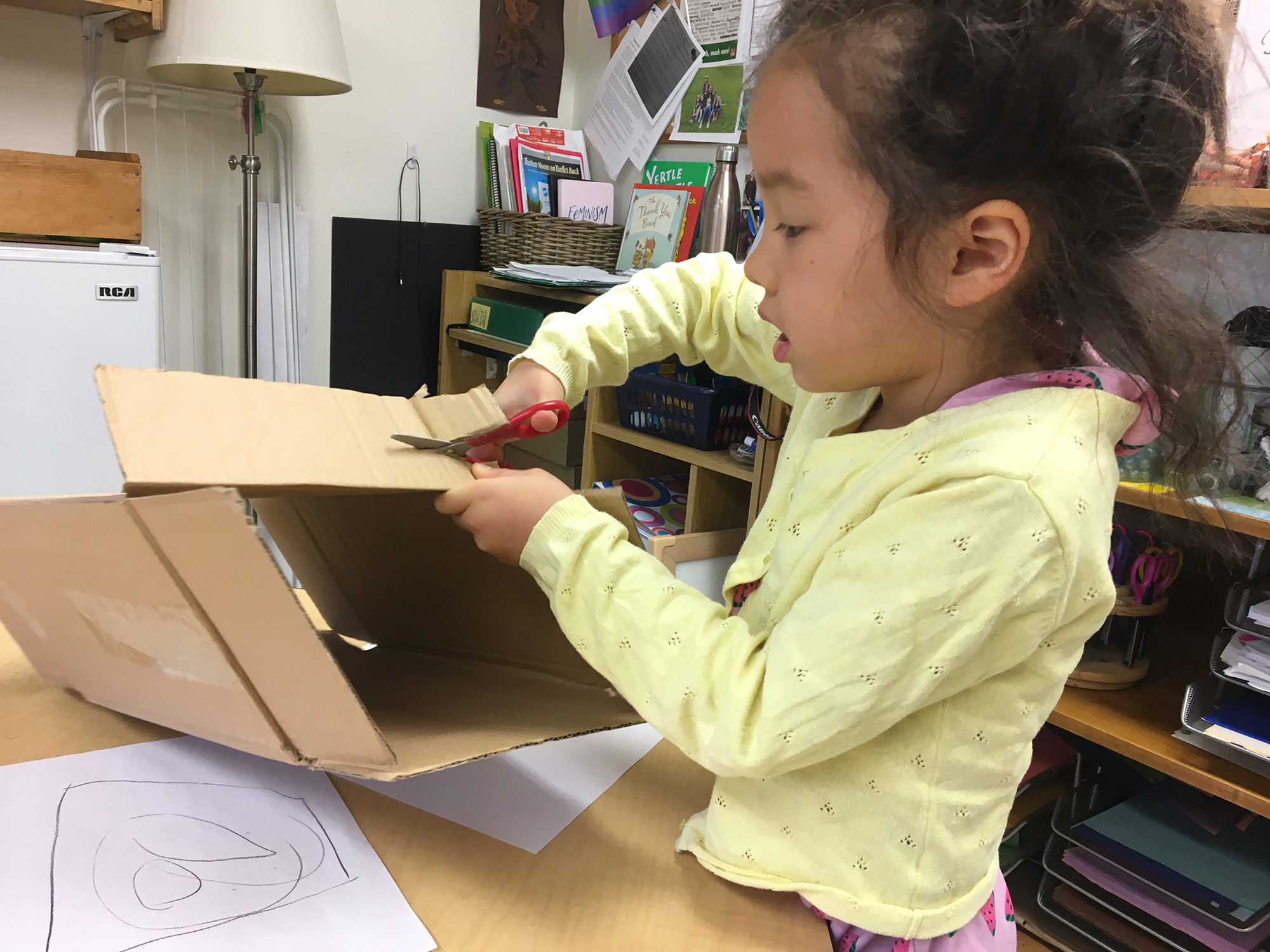 This week our classroom transformed into a maker space for budding engineers. Each day there was a girl designing and creating a "computer" at the Art and Light centre, as well as girls creating castles, animal jumps, turtle shells, and cell phones throughout the week. We had special visits in the classroom from the grade 8s and grade 1-2s, and we were grateful to spend Friday afternoon soaking up the beautiful fall weather in the ravine. Take a look at the pictures from our week. 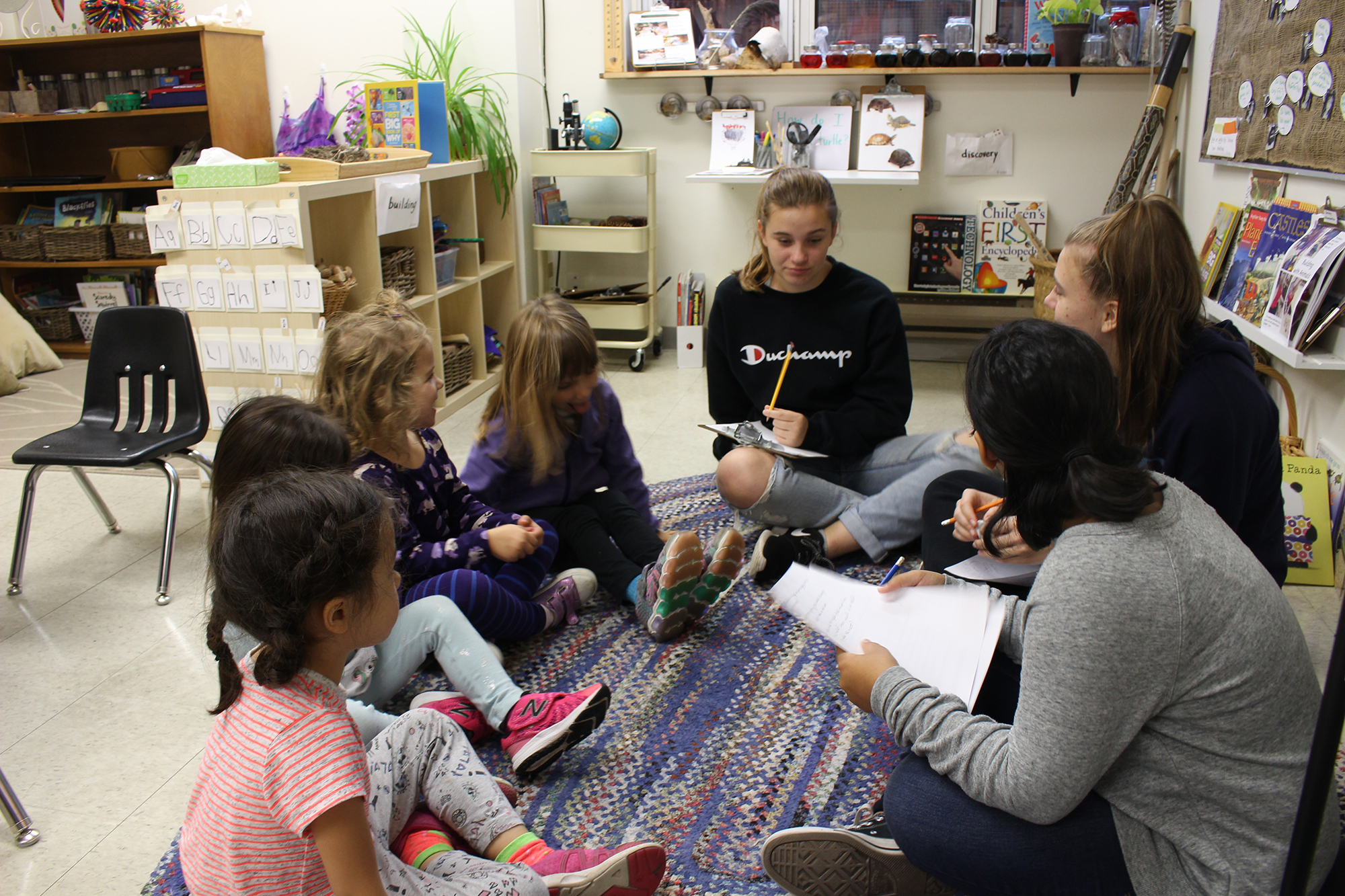 The grade 8 students came to interview the Early Learners this morning. They are working on a project where they will be designing and building structures for the roof. The older girls are asking the Early Learners what kinds of games they like to play on the roof, what materials they currently play with, and what objects or structures they would like to see up there if they had a choice. We are looking forward to see the ideas that they come up with and the final products in a few weeks. 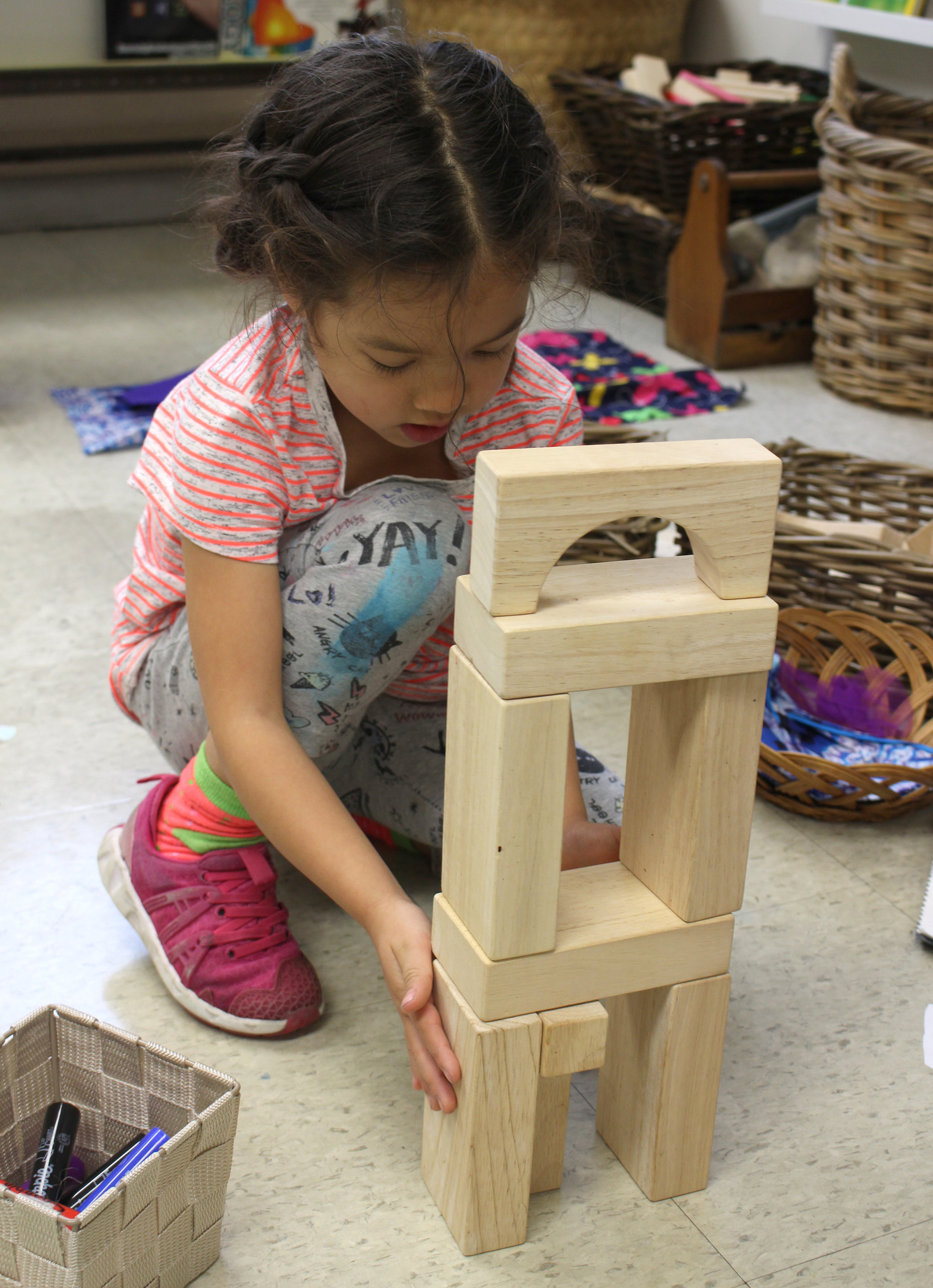 N carefully constructs a structure at the Building Centre. It is a jump for the big animals and a climbing structure for the smaller animals and animals that cannot jump. 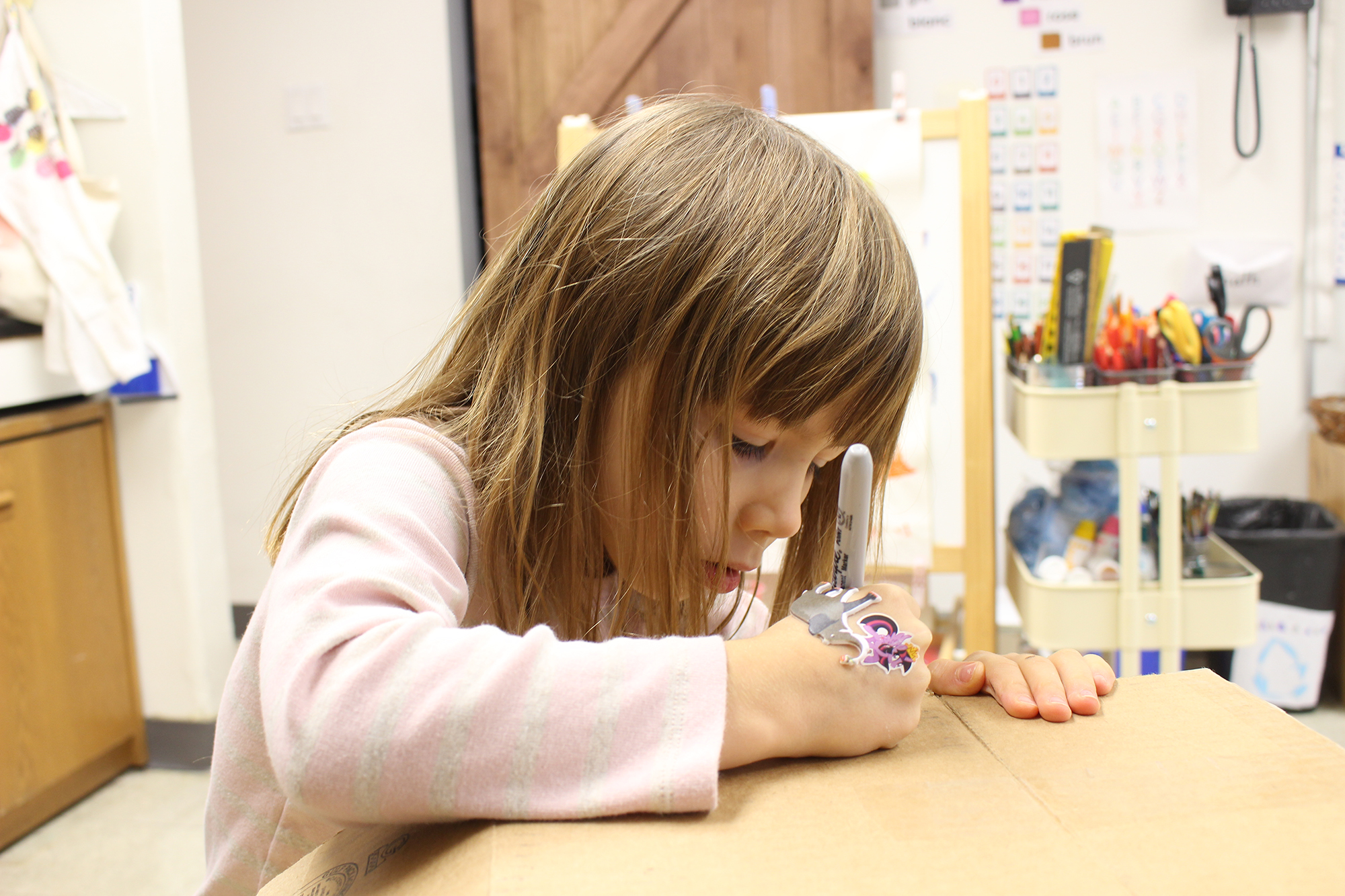 A wants to make a computer at the Art centre using cardboard. She plans out where she will need to cut the cardboard. 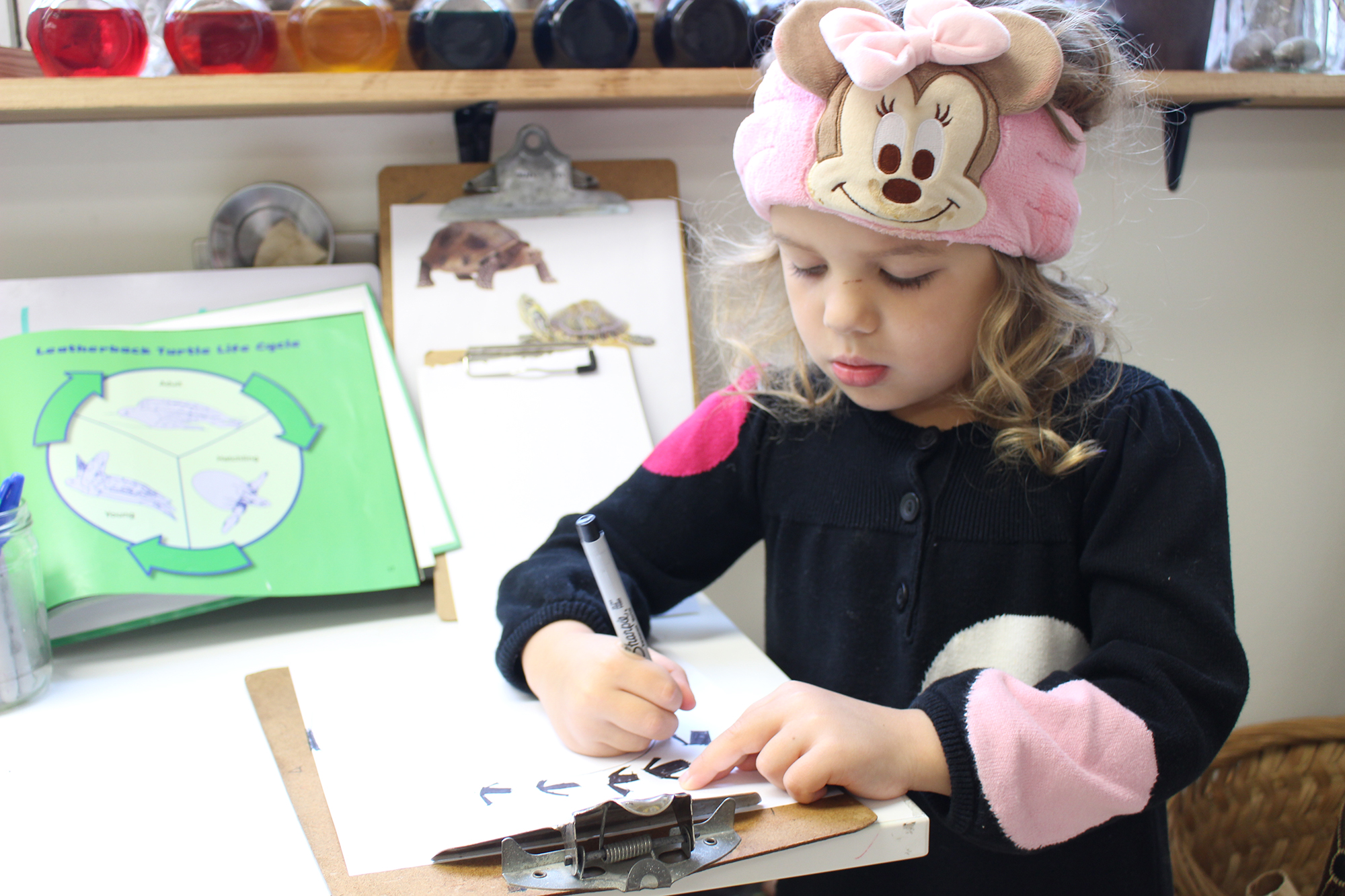 A is working on drawing the lifecycle of a leatherback turtle. After outlining the circle, A spends time drawing arrows around the circle. 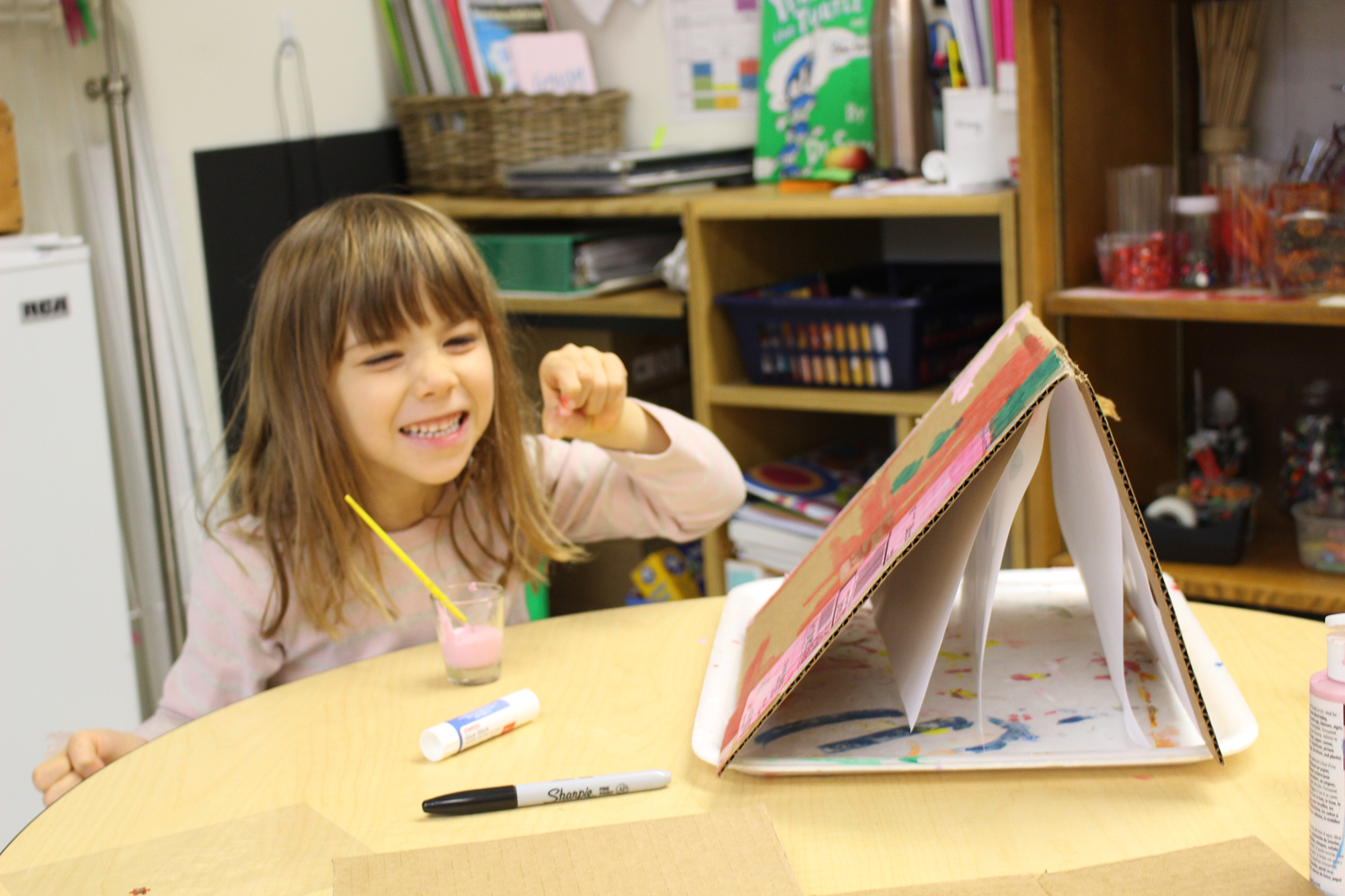 A has been so excited all morning as she has watched her computer come together like the plan in her head. The last step (for today) is painting the exterior of the cardboard bright pink. 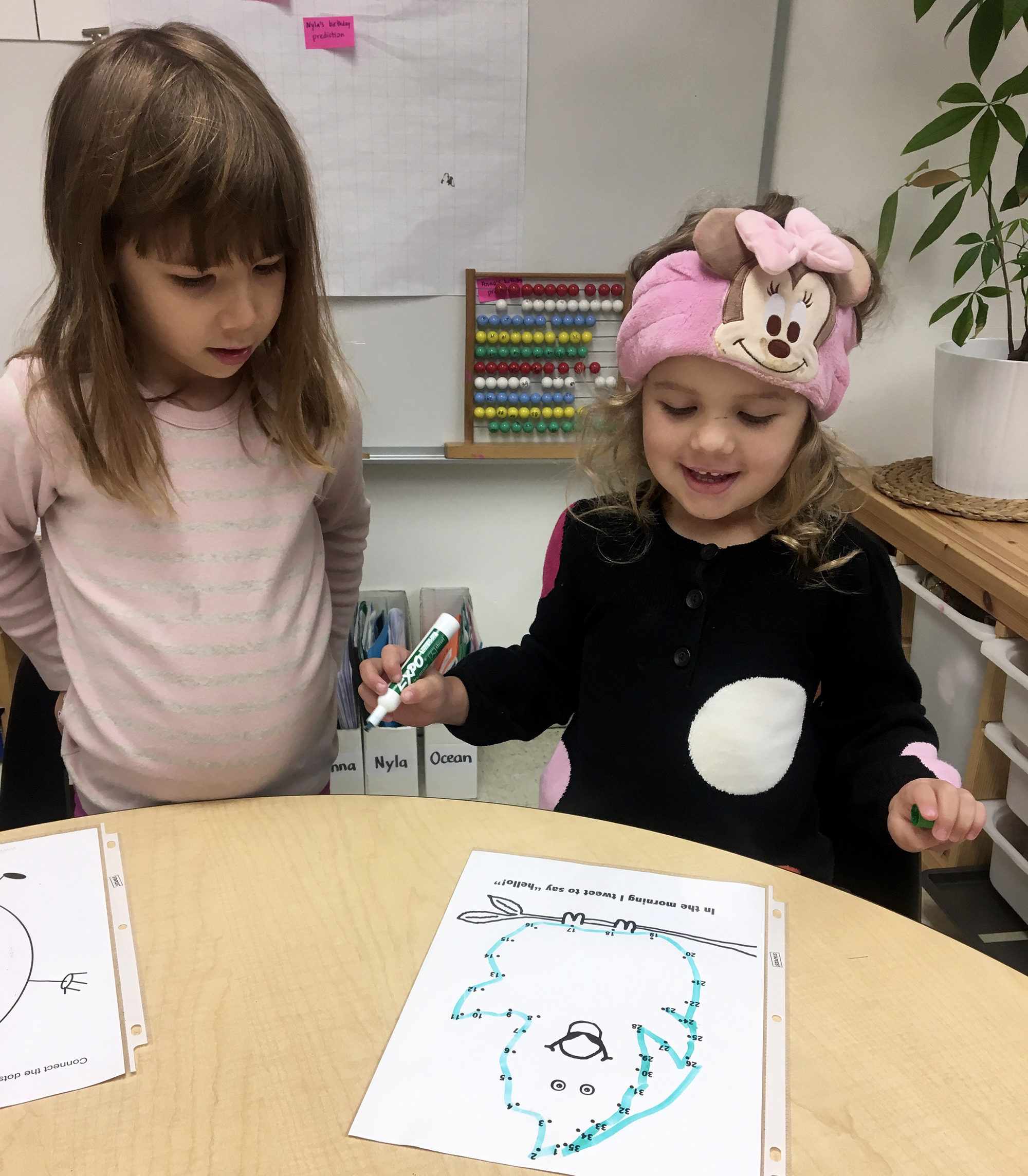 AB shows AK the connect-the-dots activity that she completed during some free time. 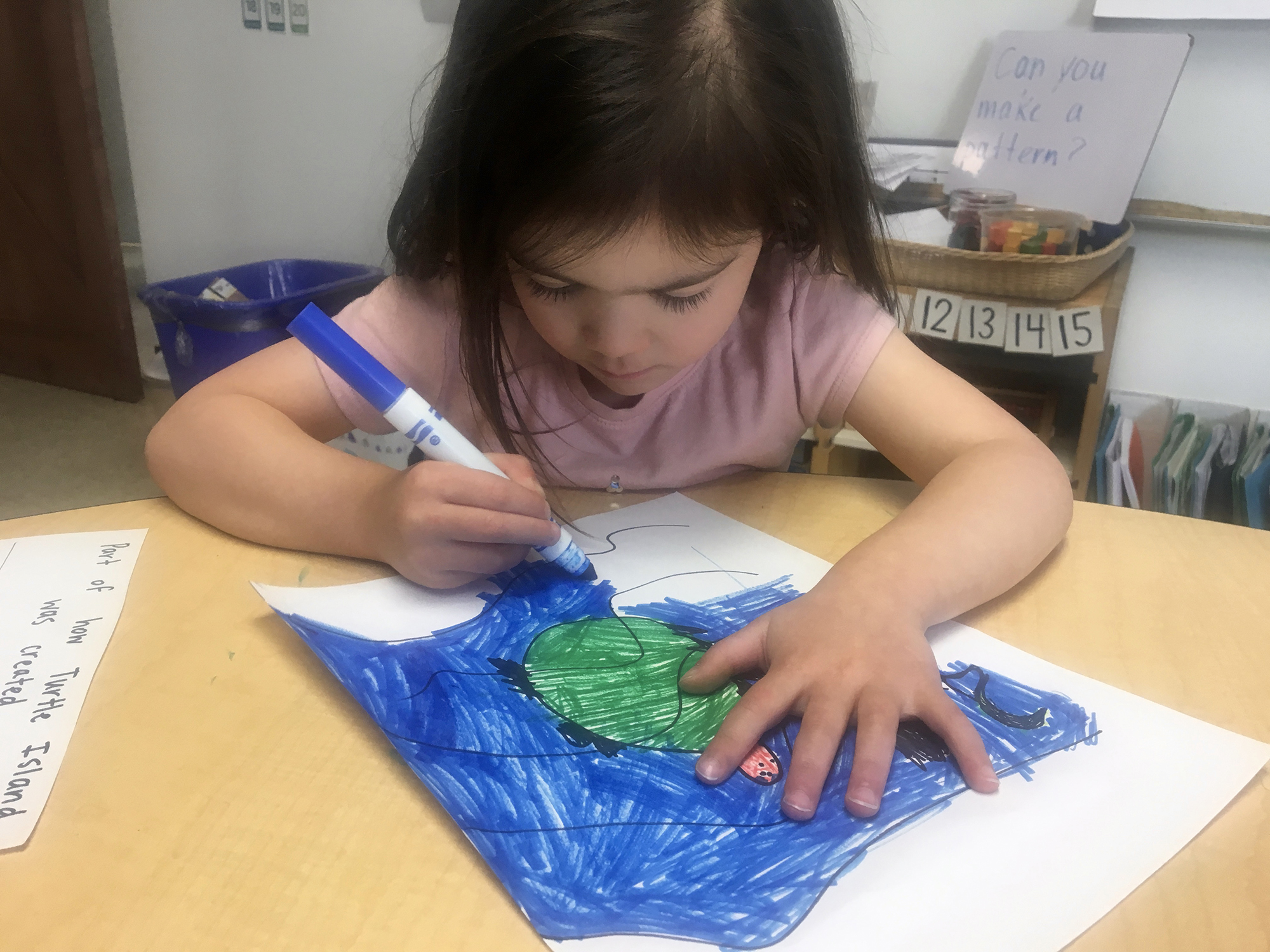 This afternoon we read another Indigenous creation story called "Big Turtle" and the girls were invited to draw and write about one part of the story after we finished. O chose to draw about Big Turtle in the water and the sand that is going to be put on his back. 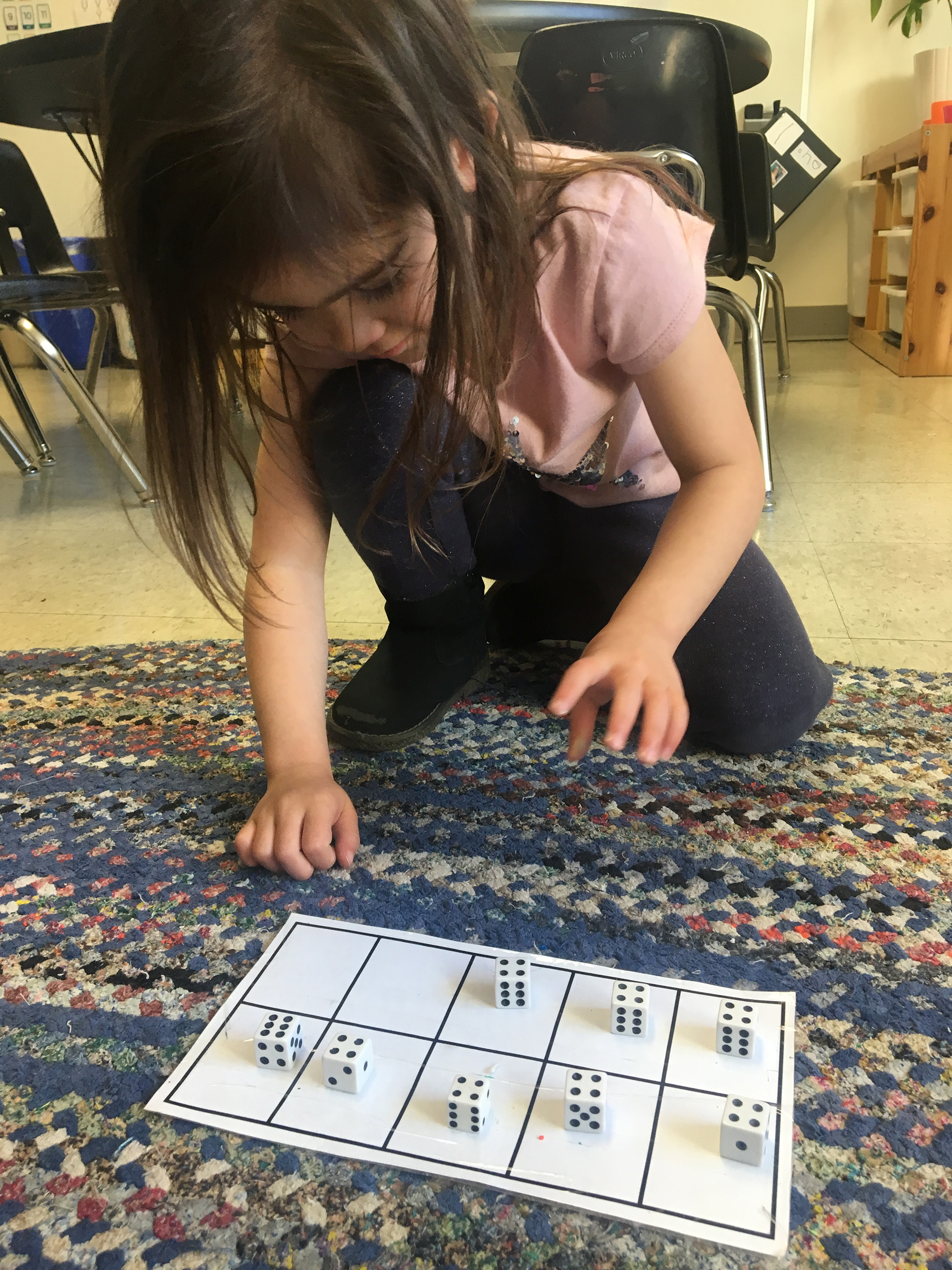 O is learning how to play Tenzie during today's math lesson. She is trying to roll ten of the same number to fill up the ten-frame. 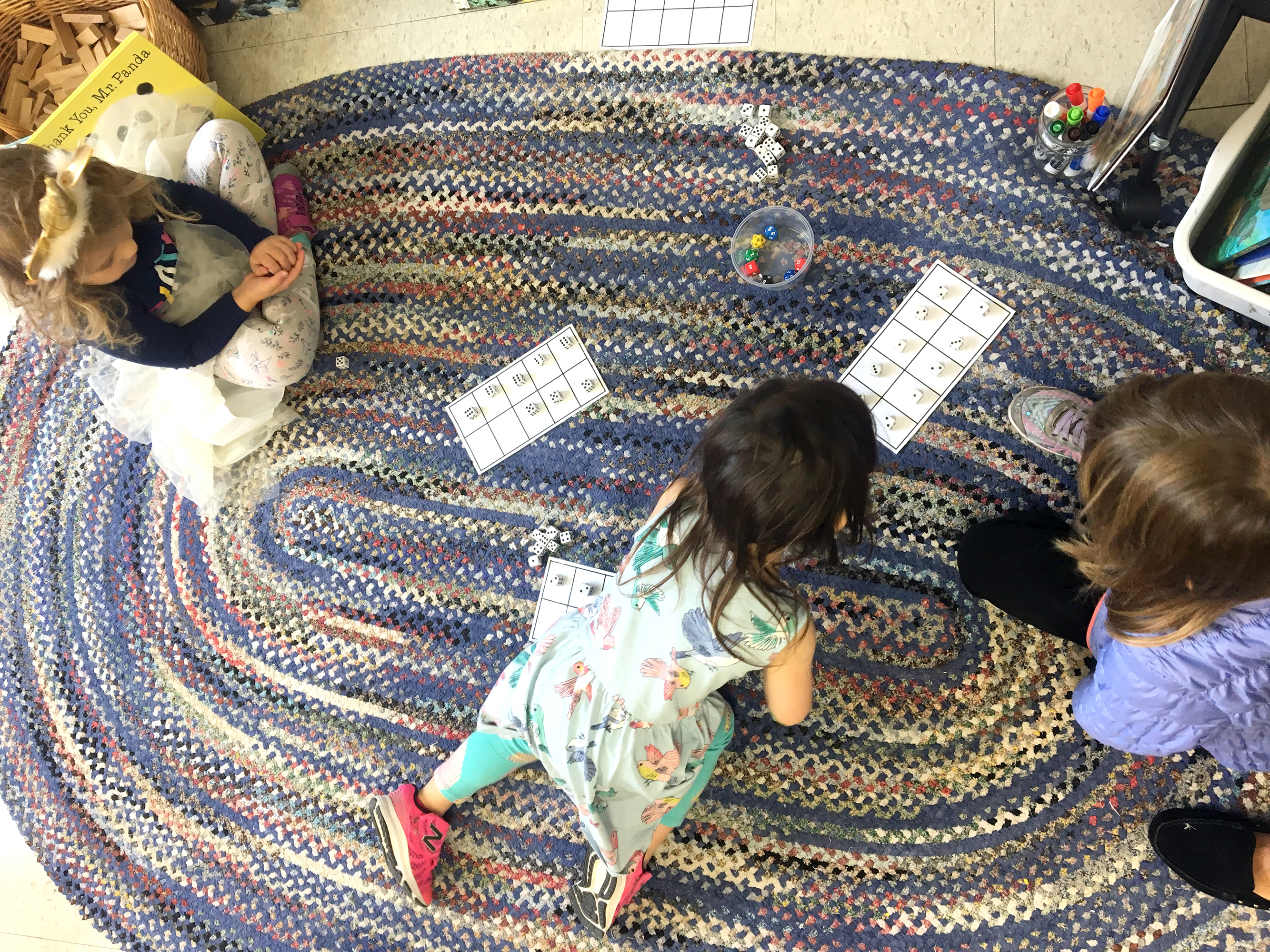 During a free few minutes this morning, these girls wanted to play another round of Tenzie. The love rolling the dice and searching for a specific number. 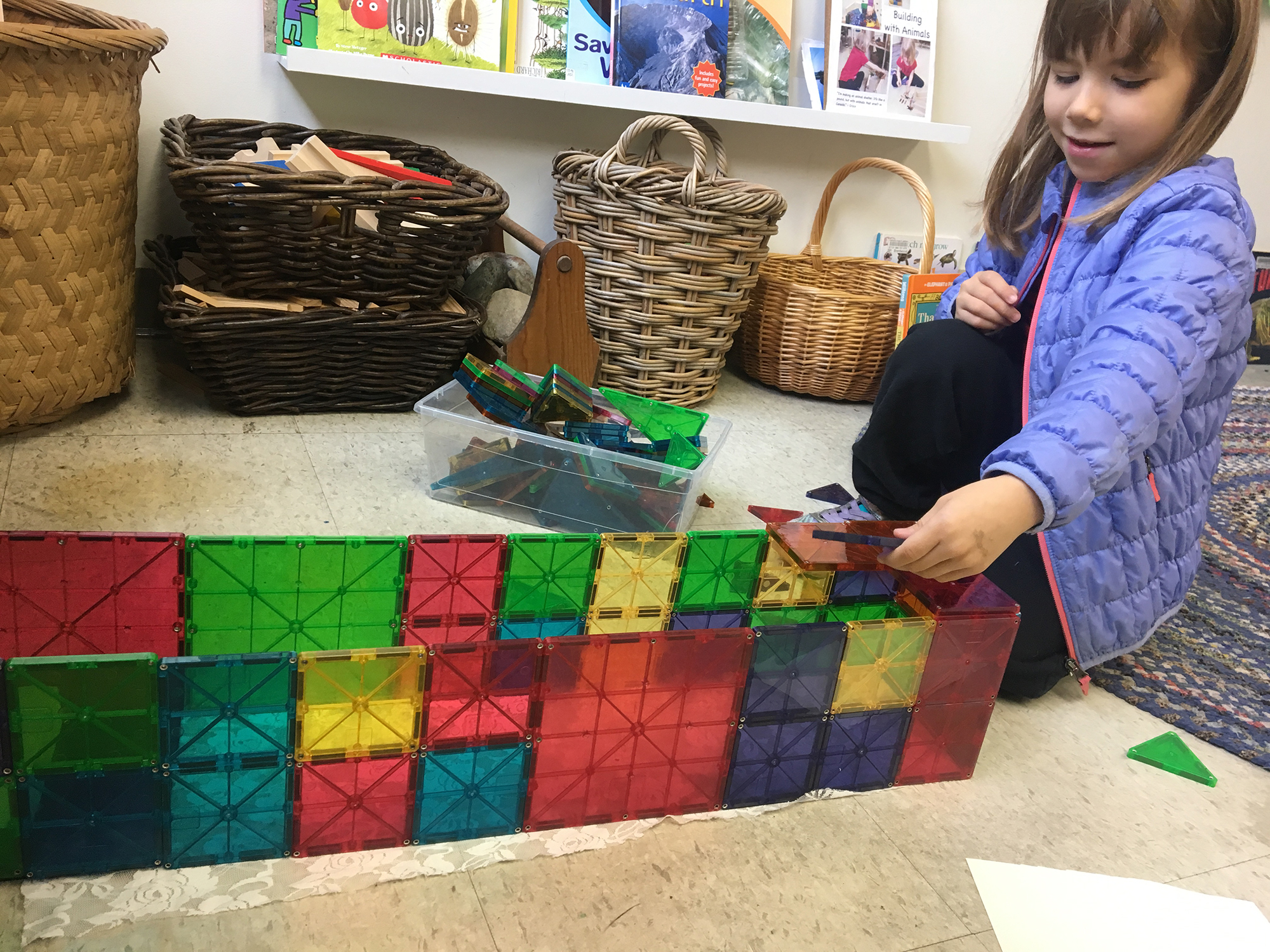 A is working on constructing a castle at Building. The first time she added the roof it caved in halfway down the structure, but the second time around A added in a supporting wall, or second room, to keep it supported. 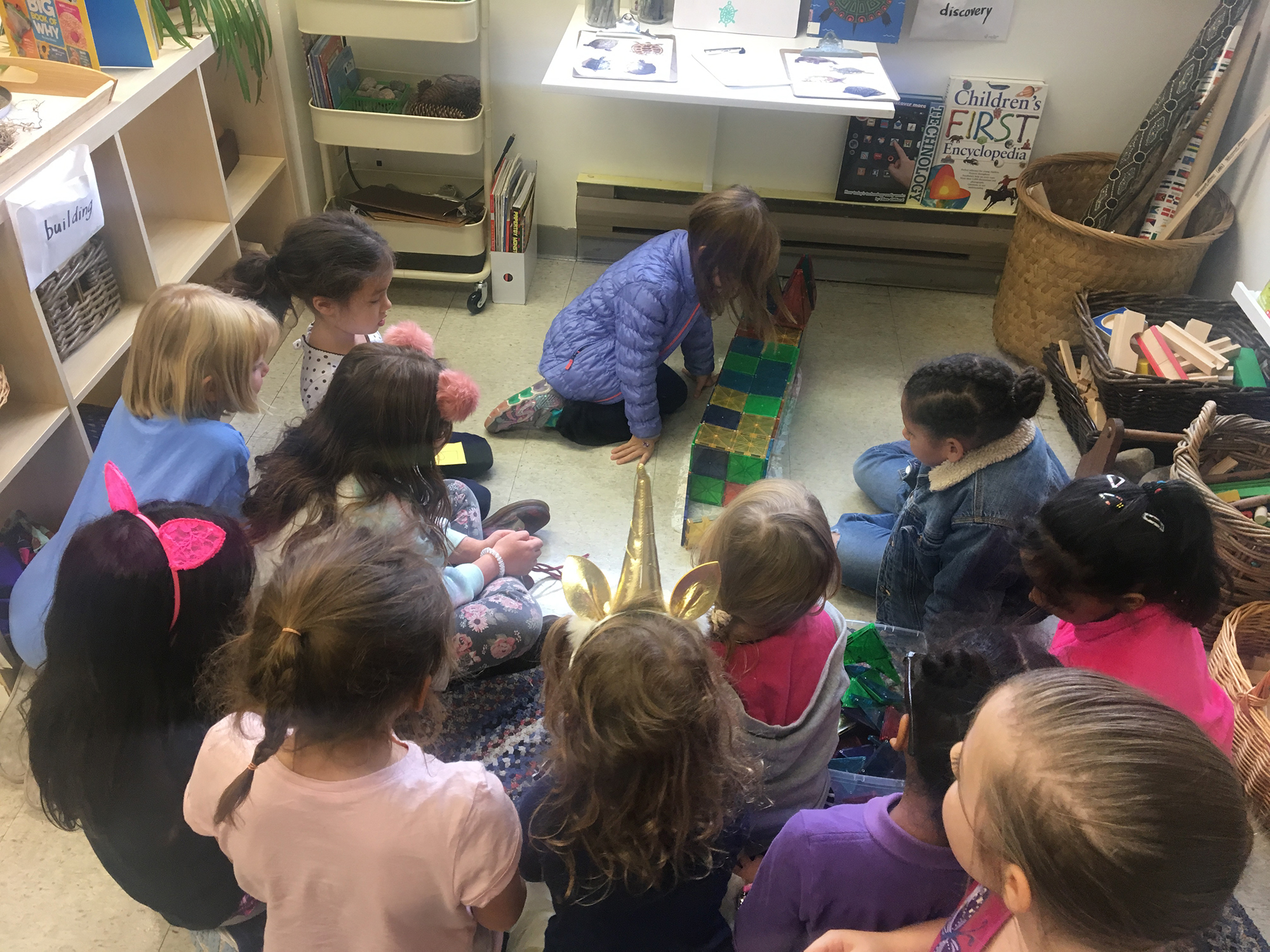 The grade 1-2s joined us for our "sharing time" after learning centres. A did a fantastic job telling all of the girls about her castle, as well as answering all of their questions about the choices she made throughout the building process. 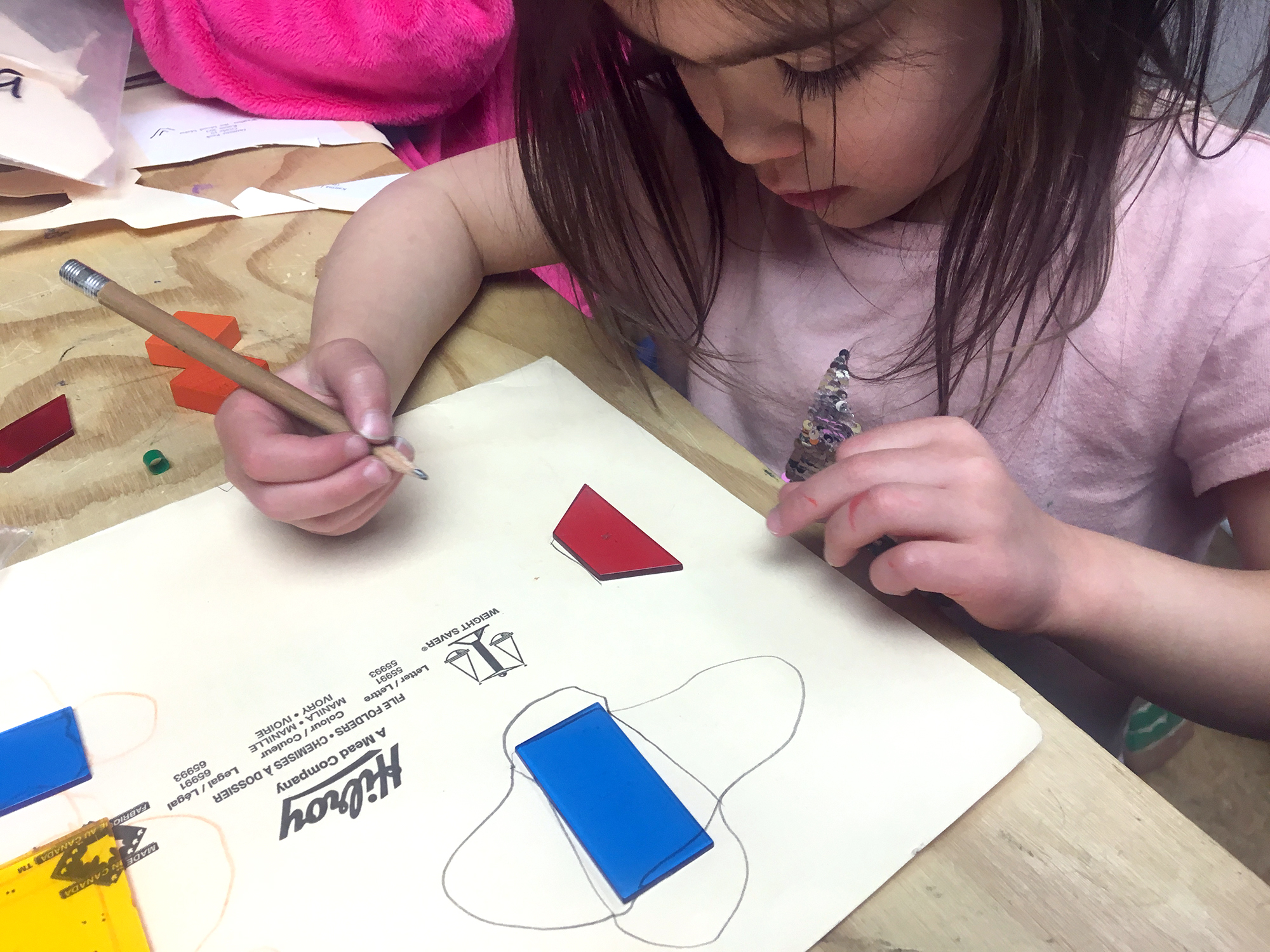 O traces out each of the shapes she plans on using for the turtle shell she has been working on in CERES. O adds "flaps" to each edge of each shape to make connecting the shapes easier. 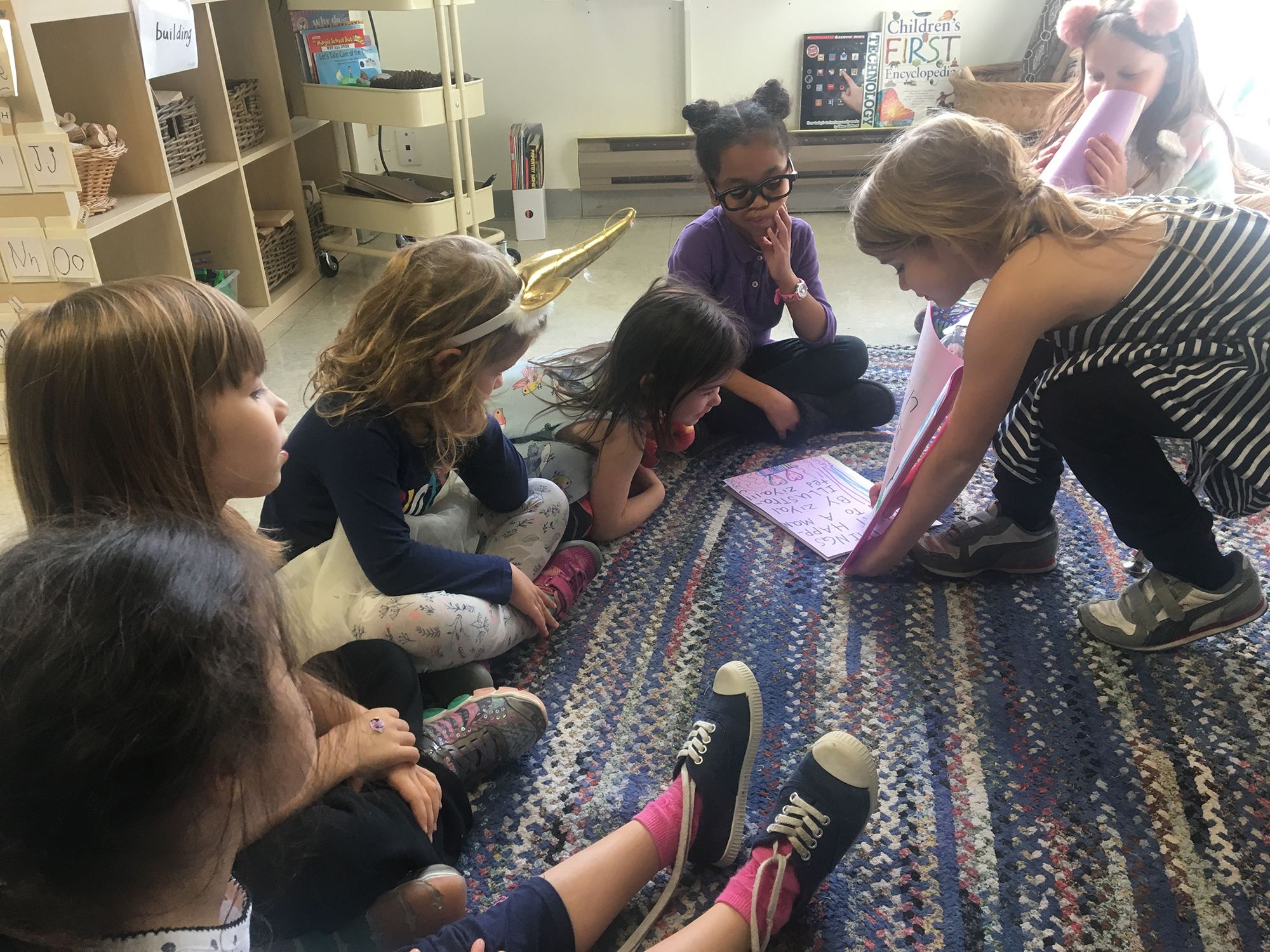 This week, the grade 1-2 students have been working on writing silly stories using their spelling words. They were interested in reading them to the Early Learners, and we were so excited to hear their creative pieces. There were lots of laughs had by all. 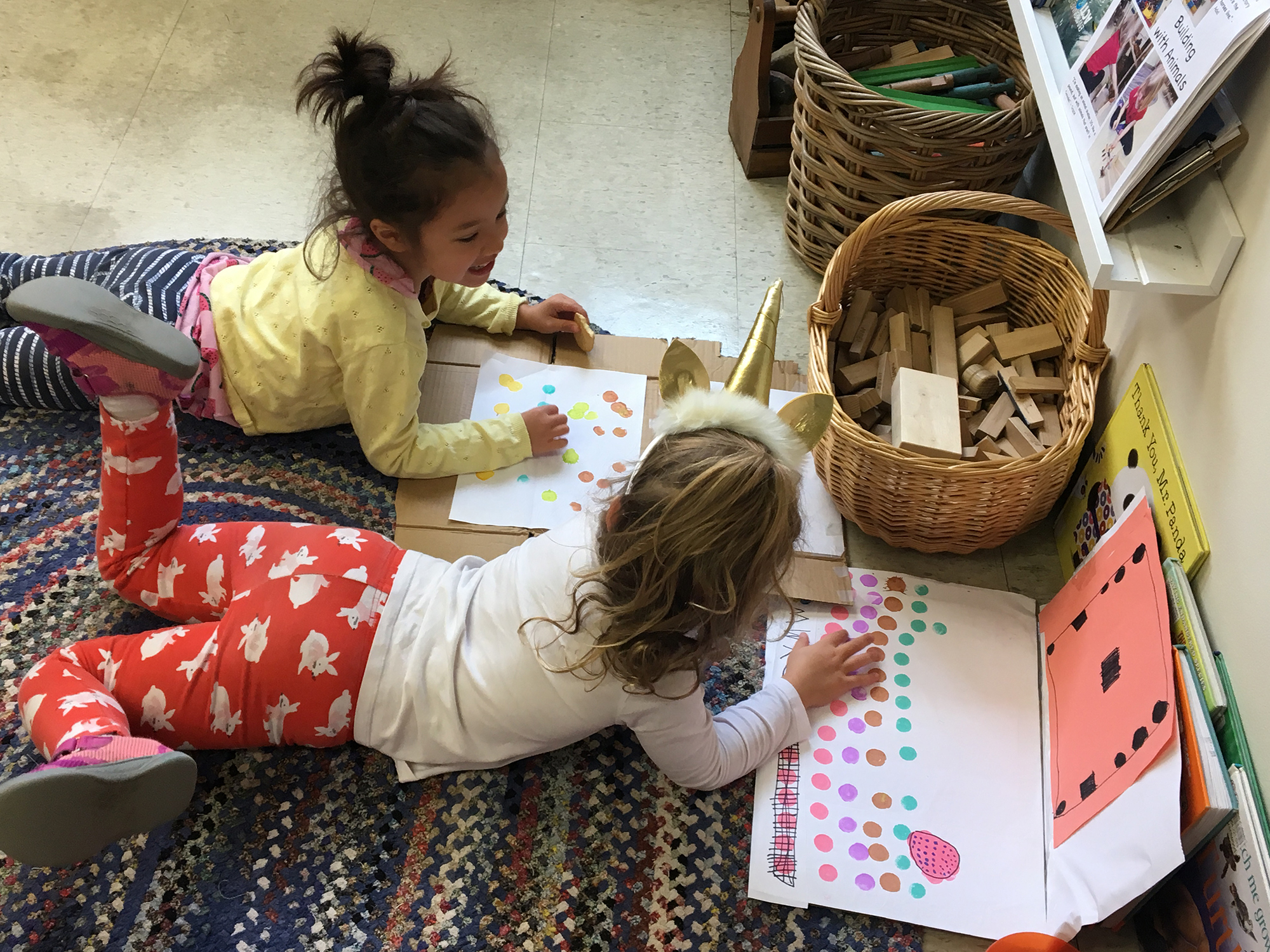 N and A practice their typing on their handmade computers. 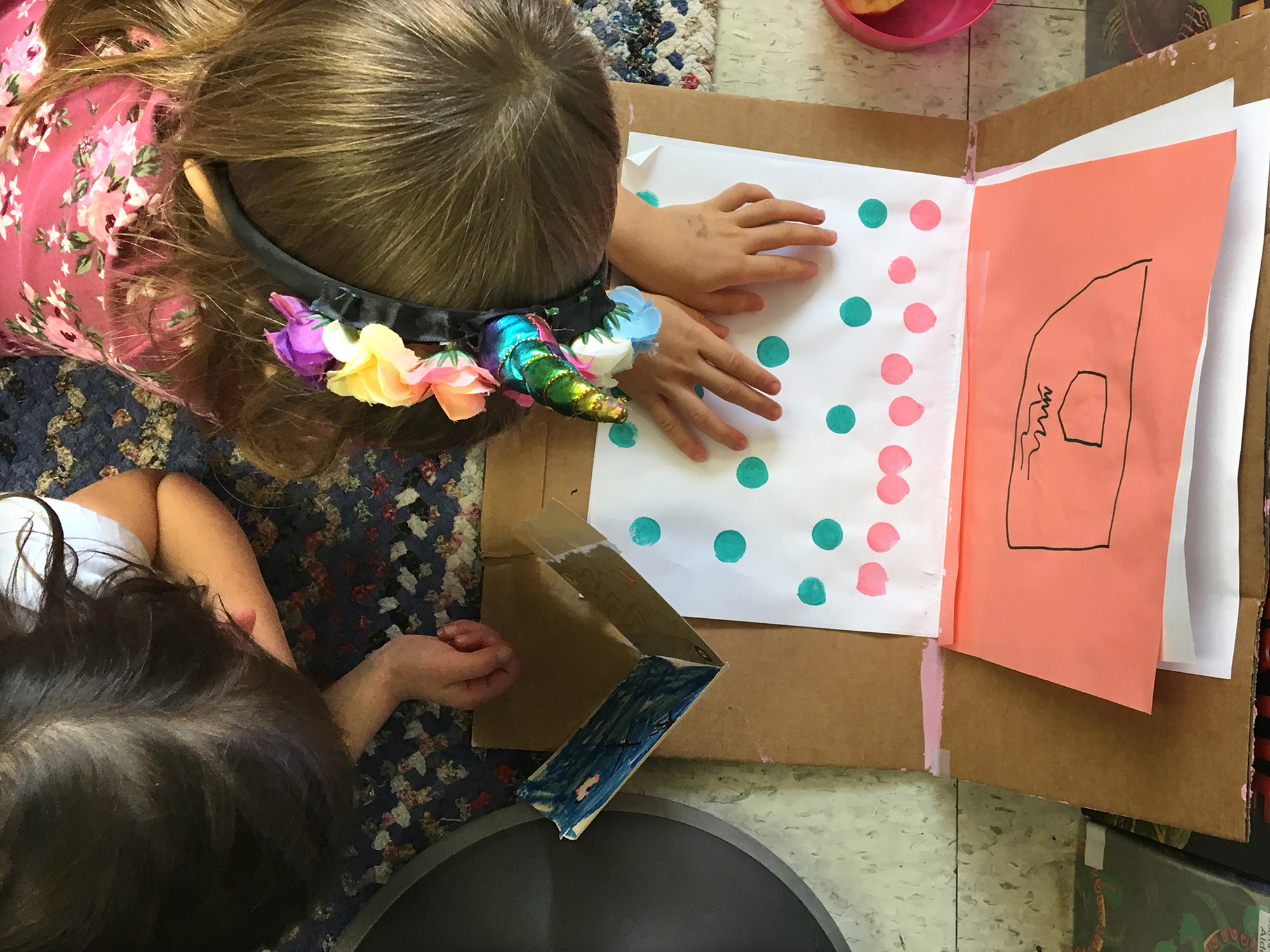 A shows O all of the features on her computer, and O shows A the special things about her cellphone. 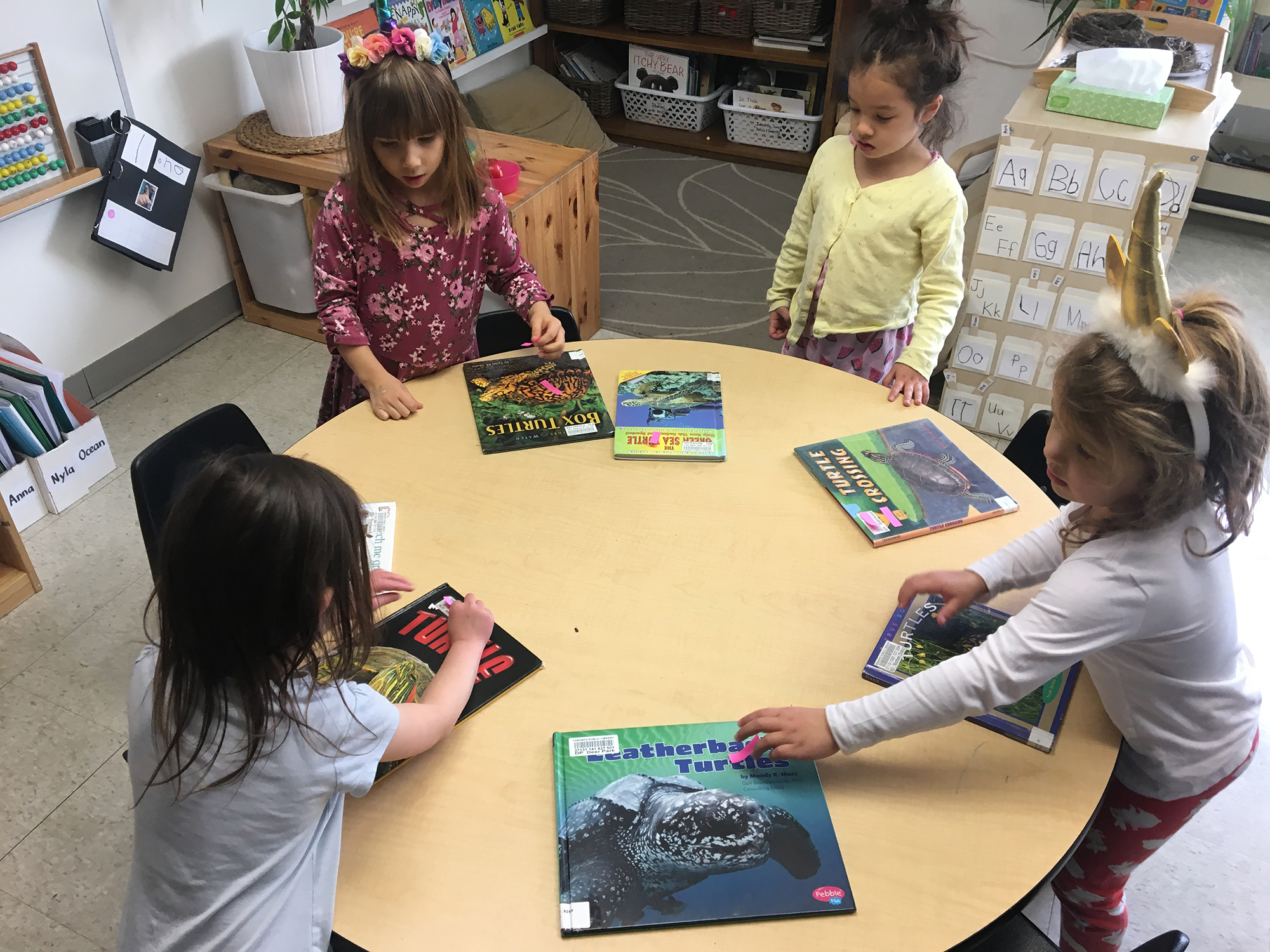 The Early Learners vote, using sticky notes, on which non-fiction turtle book the want read to them. The majority of the sticky notes were placed on books about sea turtles and turtle life cycles. 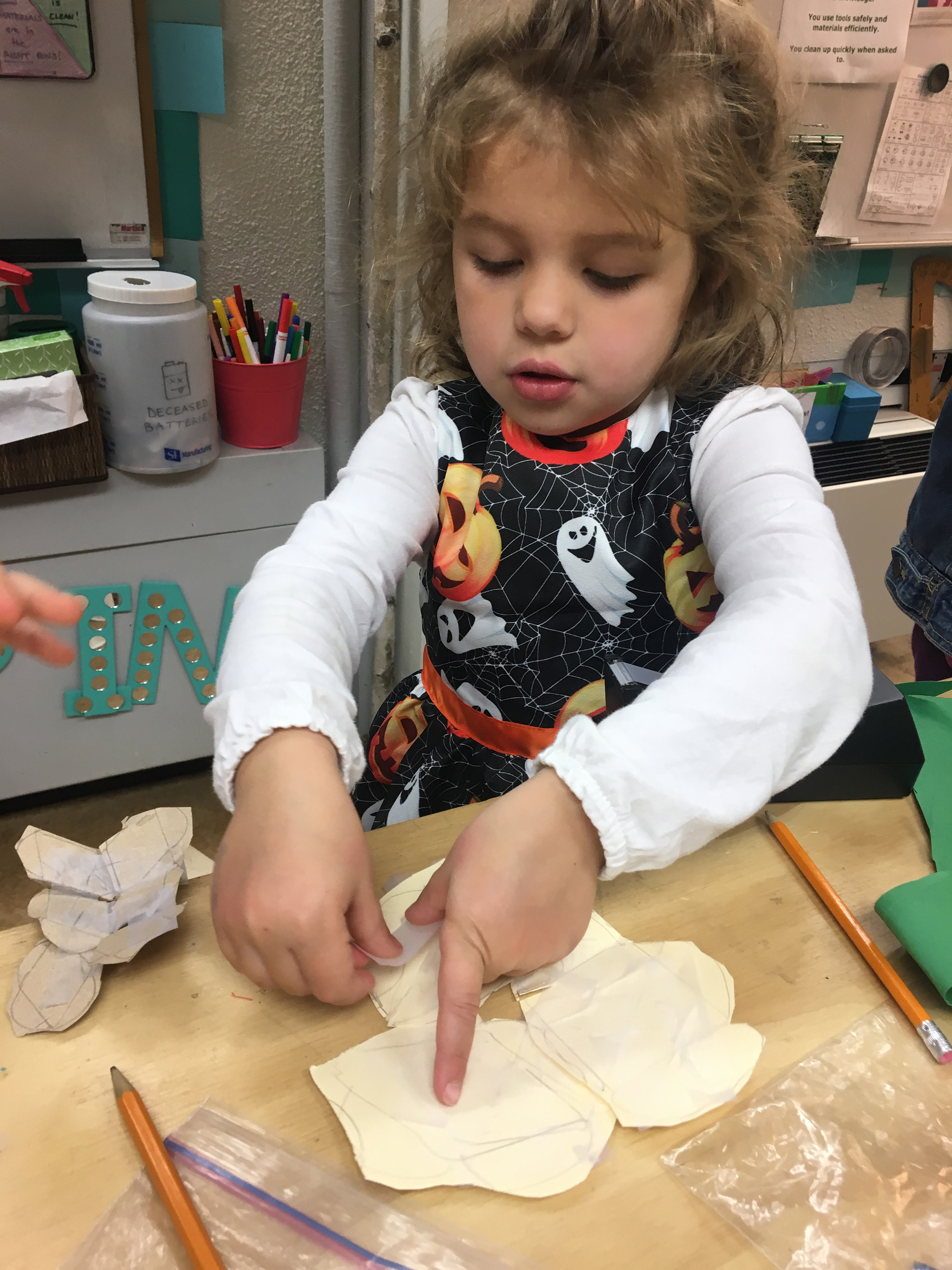 A connects the tessellating shapes that she has cut out to form the prototype for her turtle shell. 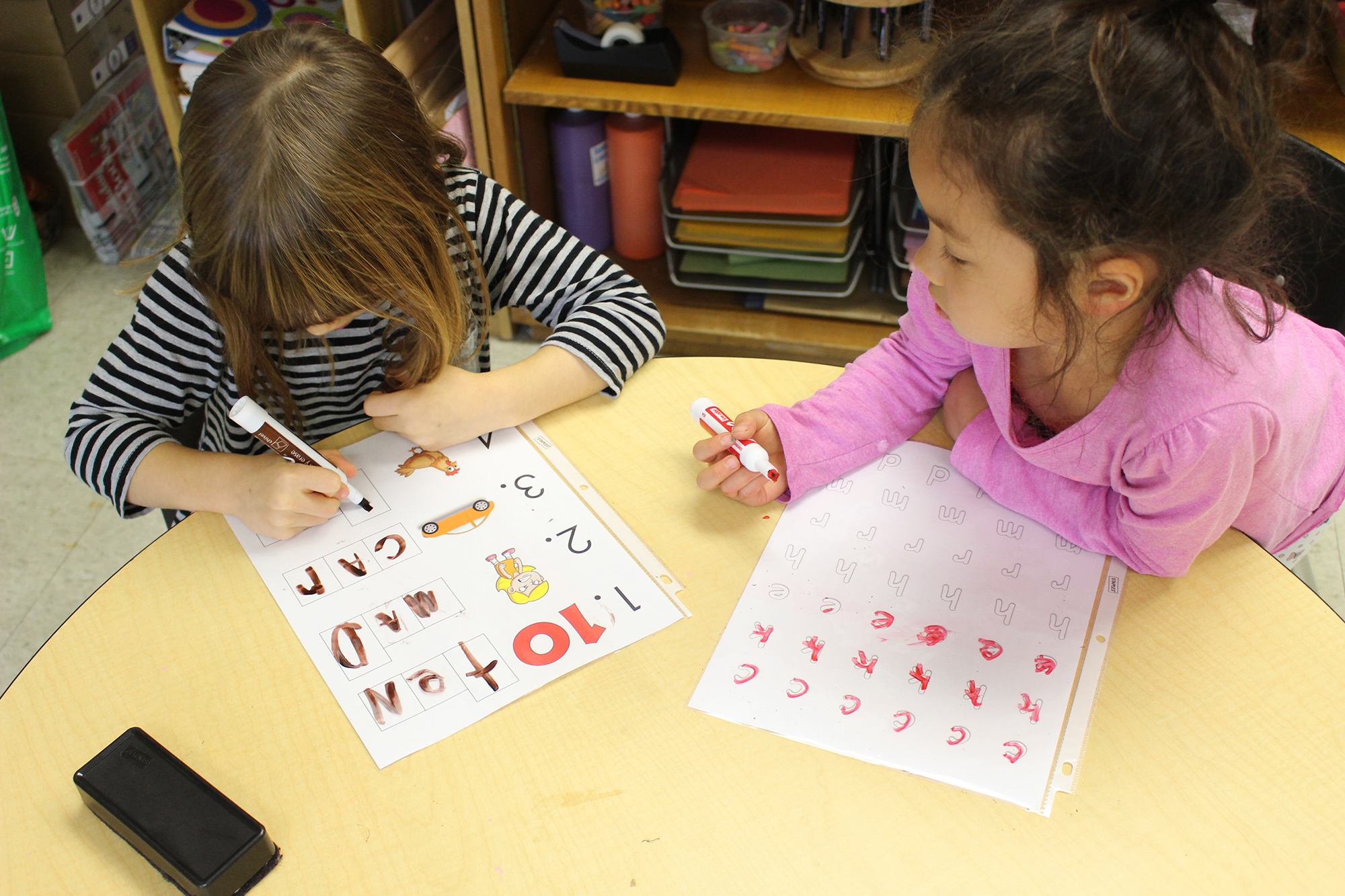 A is very focused as she sounds out the names of the pictures, while N practices printing the sounds that we have been working on during our phonics lessons over the past couple of weeks. 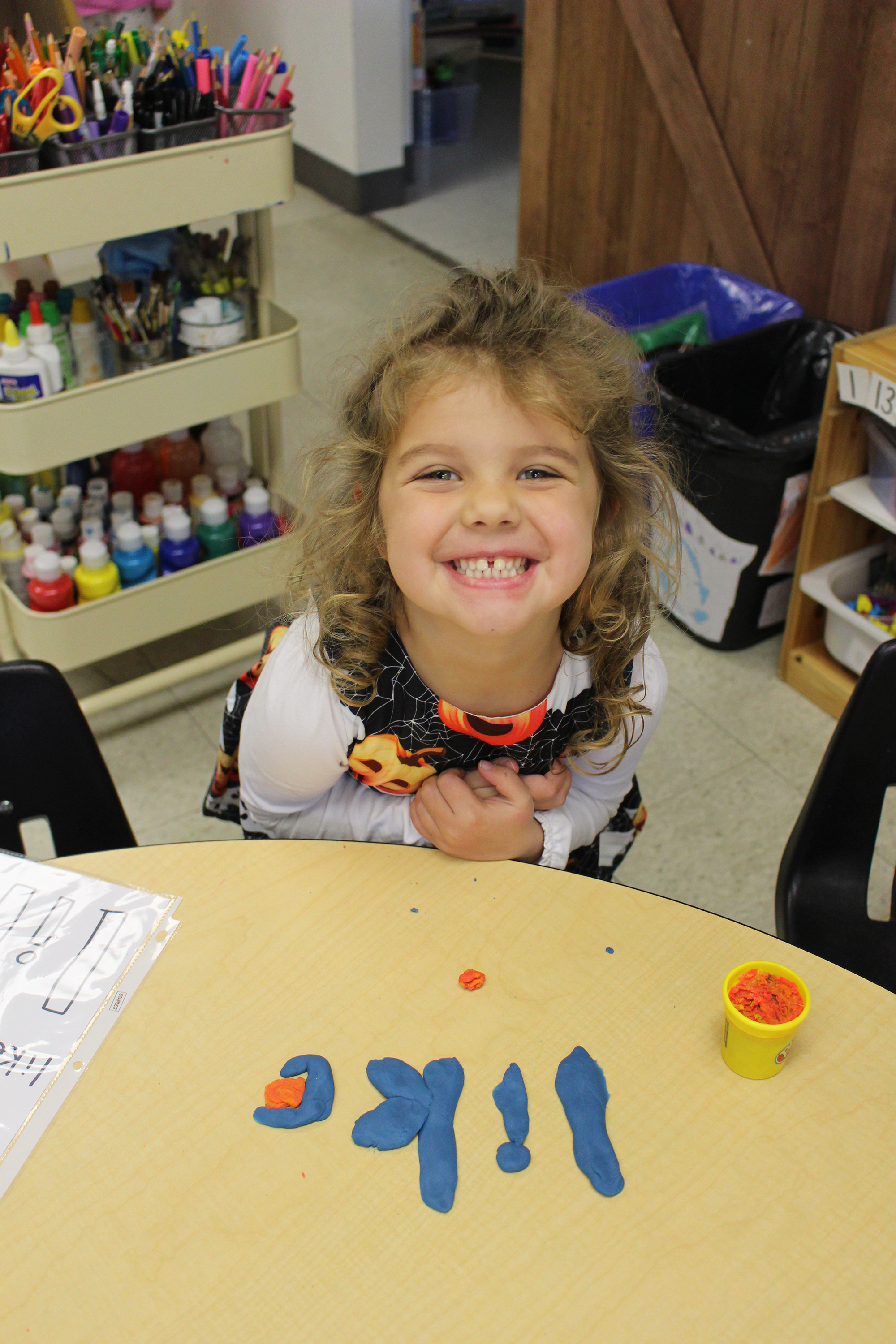 A shows off "like", one of our weekly sight words, that she has moulded using play dough. 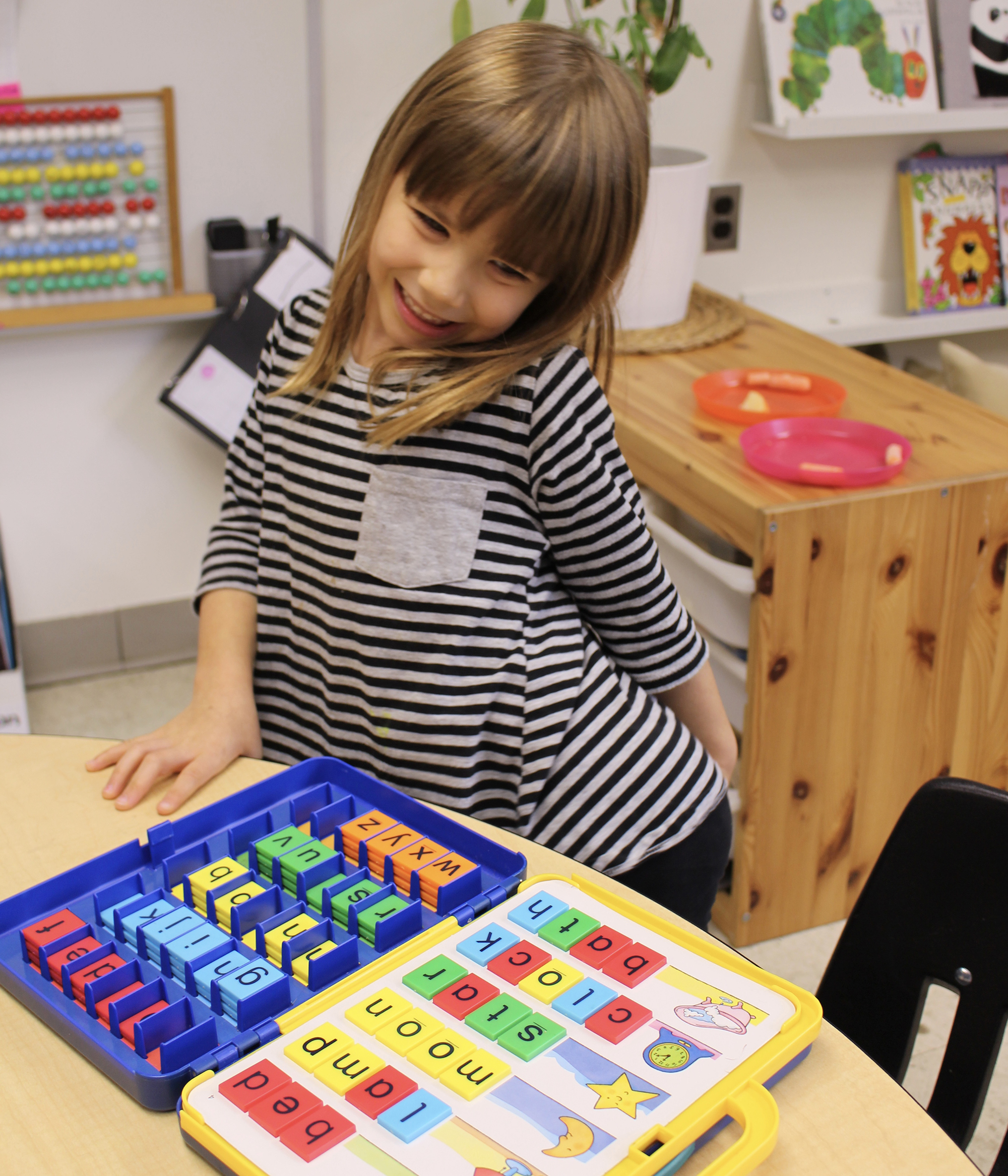 A is proud to share her completed word puzzles. We are so grateful to another Linden family for donating this incredible literacy activity to the class. The Early Learners will definitely get a lot of good word-building practice with these tiles. 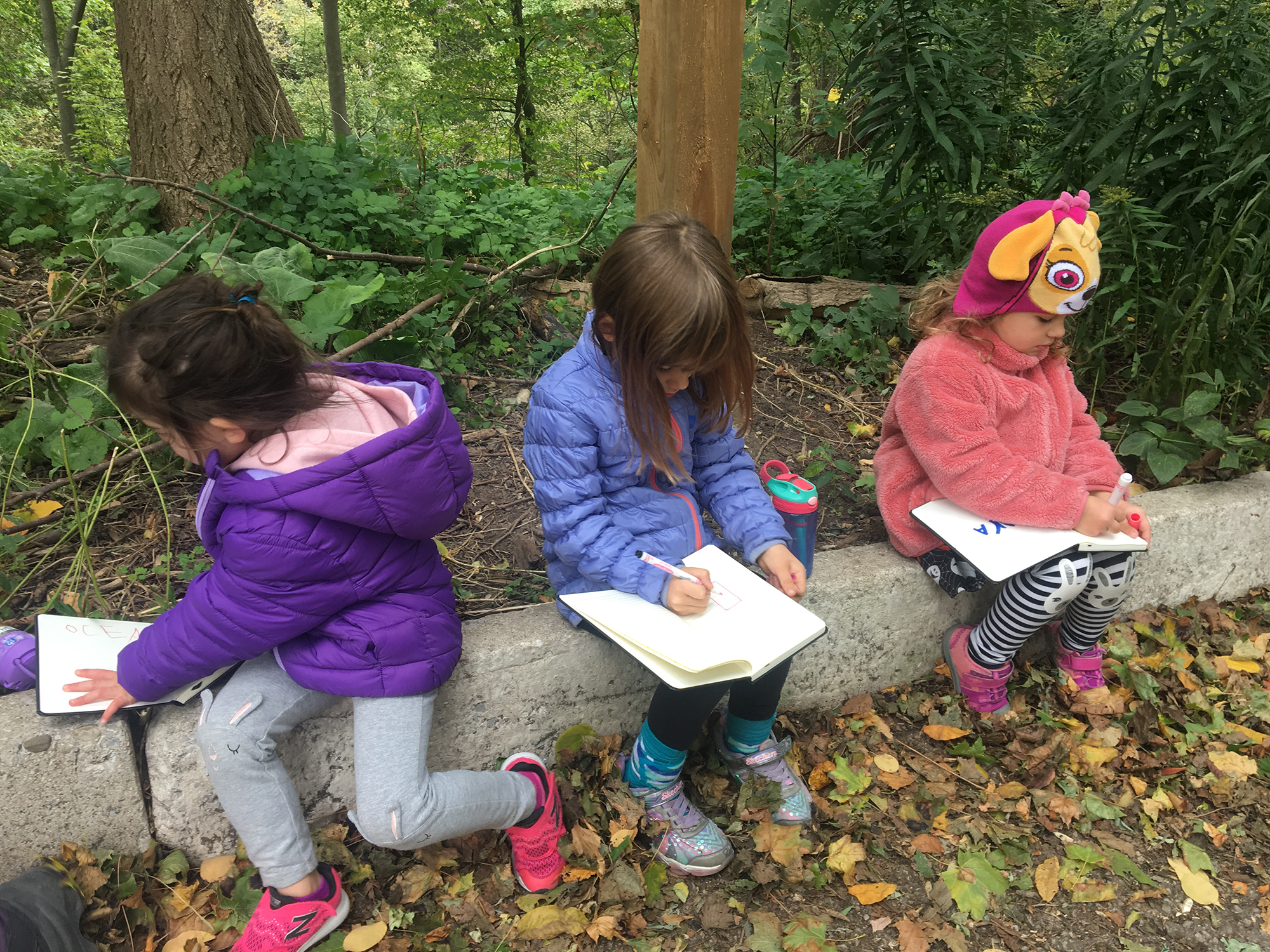 The girls wanted to bring their new notebooks along on our Friday ravine hike in case they were inspired to sketch something that they saw. Our first stop is to sketch the trees at the top of the hill on our hike in. 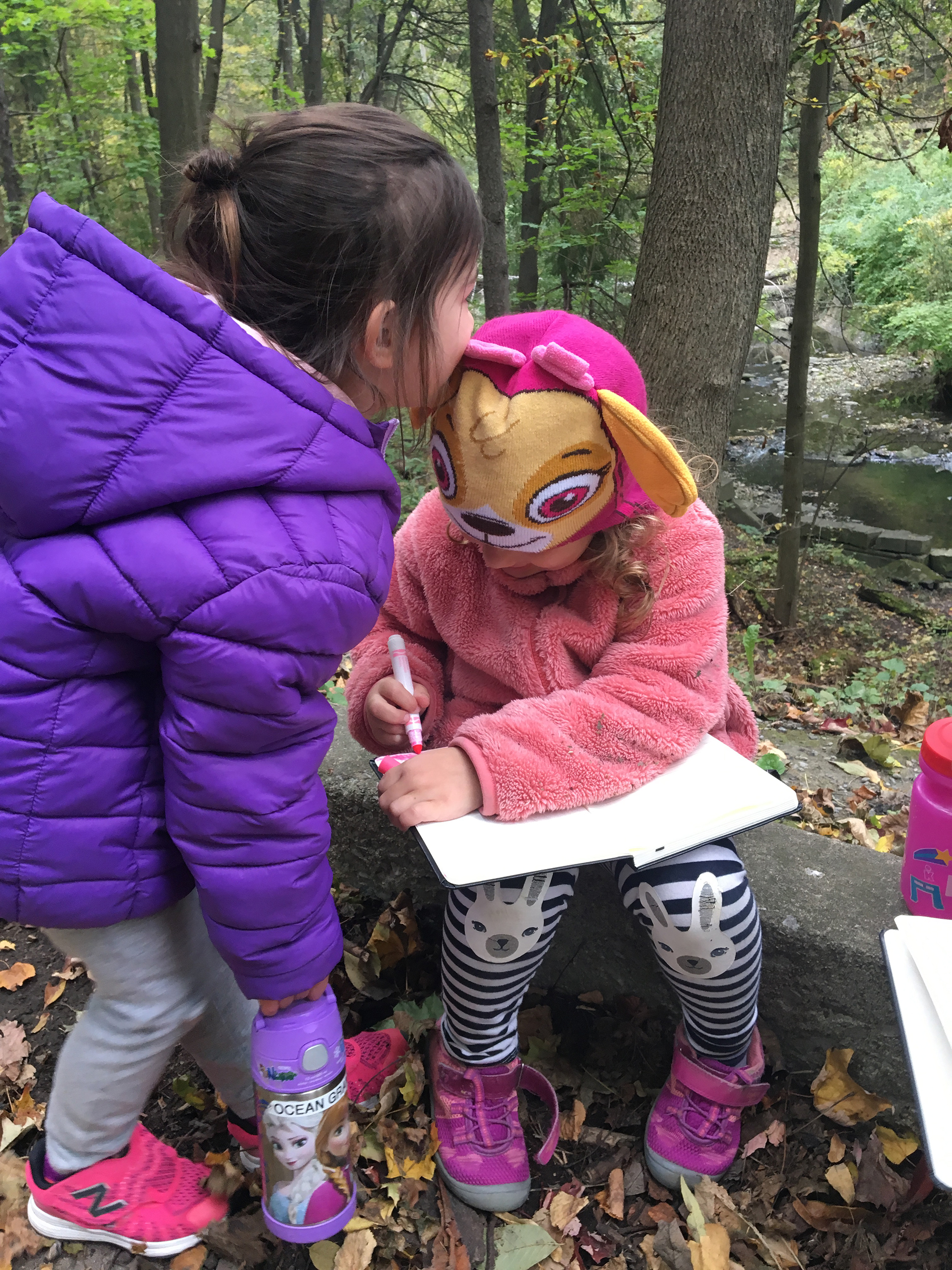 O chomps on A's toque, pretending to be a puppy. 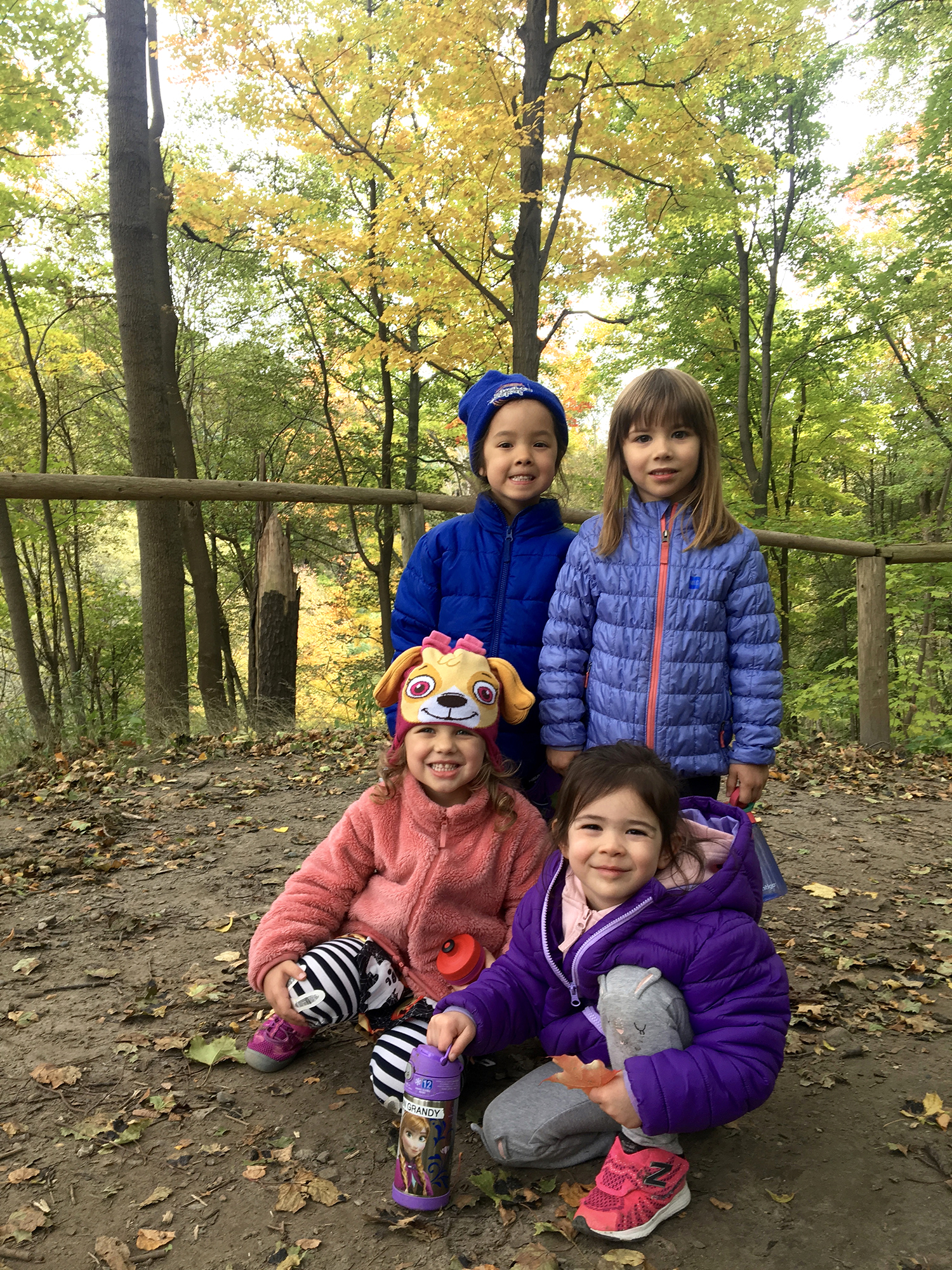 We're often at our best when we are in nature. 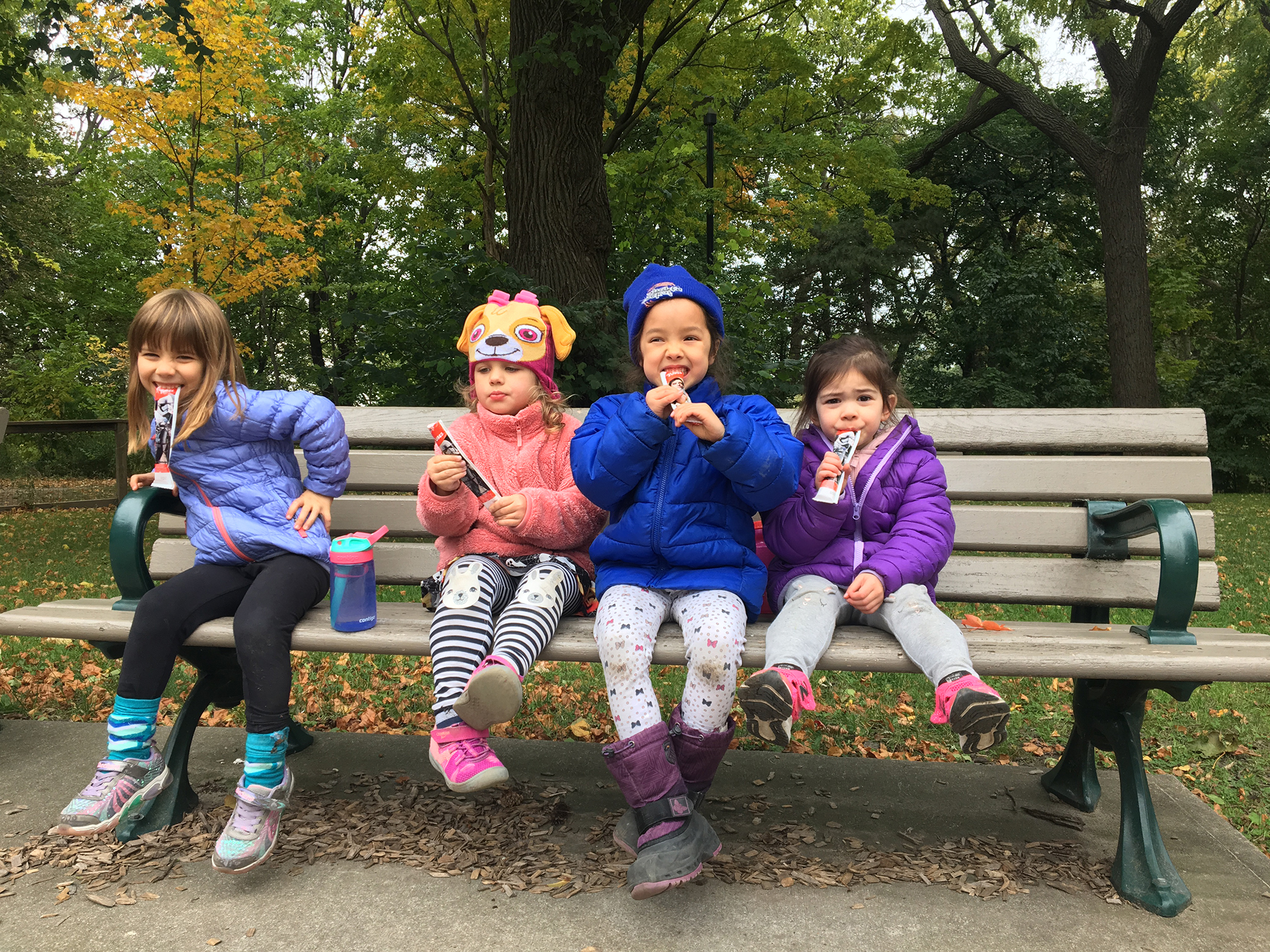 It's tube-time at the playground before physical education.