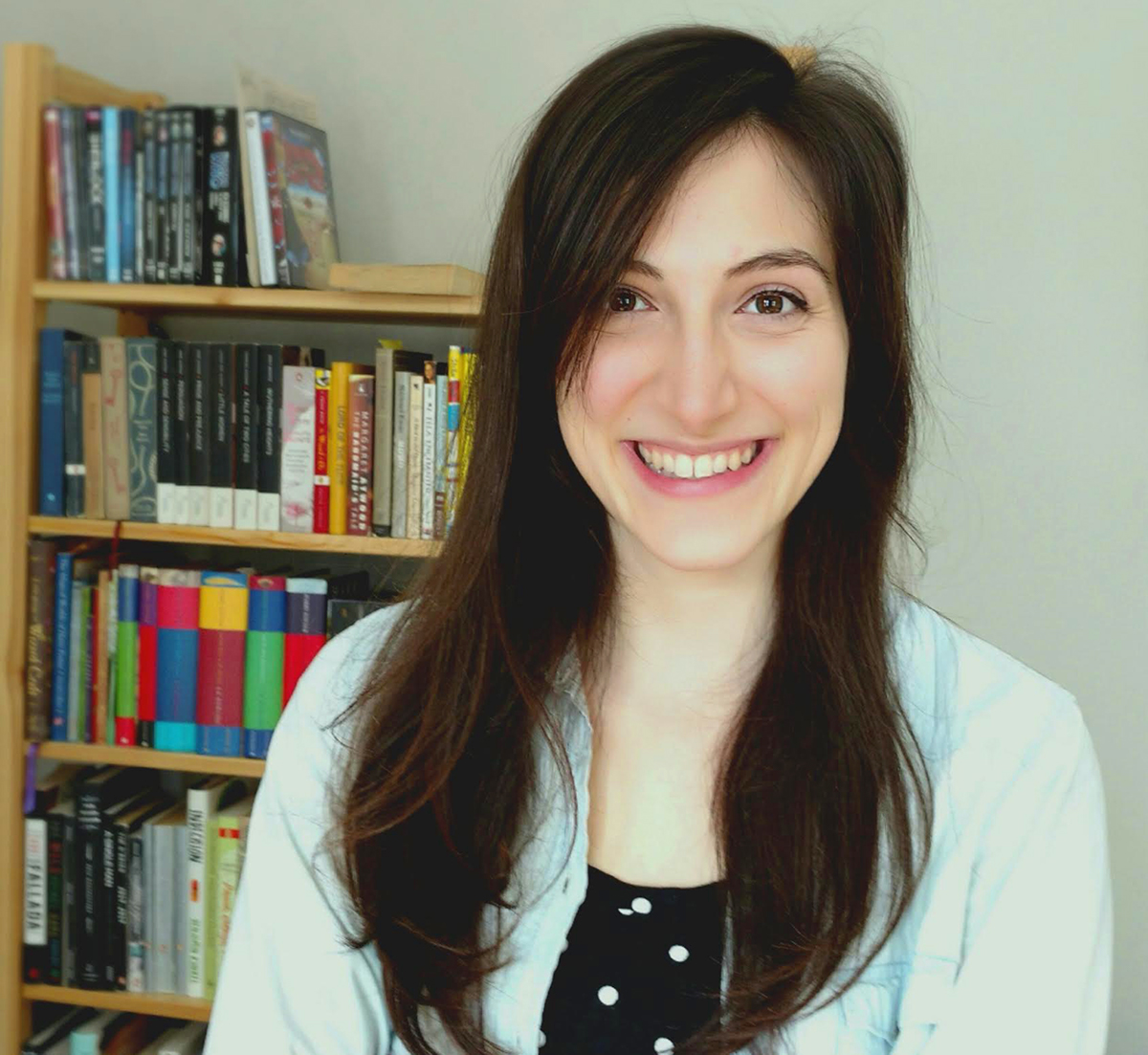 Arlie Millyard graduated in 2011 after being at Linden for eight years. She then went on to pursue a double major in biochemistry and psychology from the U of T. She recently visited Linden and chatted with us about her experiences at university and plans for graduate school and beyond.

Linden: Tell us about your experience with choosing an undergraduate school and your major areas of study.

Arlie: I got accepted into all of the schools I applied to, and choosing U of T was a last-minute decision influenced mostly by the fact that the campus looks like Hogwarts. I started out in the Vic One program, which is a set of small seminar courses for first years. I was in the Augusta Stowe-Gullen stream (named after the first female medical graduate in Canada), which is meant for students of the life sciences. The stream consists of two courses: one focused on the philosophy of science, and the second on probability, persuasion, and rhetoric in science. The latter exposed me to how scientists use statistics and rhetorical arguments to present their data, which plays an important role in determining whether their research is successful or not.

U of T requires you to pick a major at the end of first year studies. I ended up opting for a specialization in biochemistry — a very difficult program usually geared towards students who intend to pursue graduate work in this field. I eventually realized, after working for a summer in a microbiology lab, that I did not want to pursue graduate studies in biochemistry, so I decided switch to a double major, and chose psychology as my second major. Once I did that, I found a balance, and really started enjoying all of classes more, including biochemistry.

Linden: How did you handle the transition from Linden to a large university like U of T?

Arlie: It took a while getting used to U of T’s lecture-based teaching methods. I was fairly confident about asking questions in a lecture hall filled with a thousand students, but I noticed that there just wasn’t an expectation, nor much opportunity to engage in a dialogue with your peers and professors. Until then, I had not realized how much I learned by participating in dialogues at Linden, where we had the benefit of a teacher answering our questions and encouraging students to share their opinions. This was missing at U of T, at least in the large classes that I took throughout my degree. In my upper years I was able to take slightly smaller classes, but mostly I just figured out how to study and learn in larger classes where you don’t get as much support as students do at Linden.

Linden: Did you live on campus?

Arlie: Yes, during my first year. After that I moved out with my roommate and rented an apartment nearby. I really liked living in residence during my first year. I was so devoted to my studies that my social life was comprised solely of eating meals with friends at the dining hall. That sounds pathetic, but honestly, I made really great friends through my first year in residence that I’m still in touch with now that many of us have scattered across the continent.

Arlie: I am taking the year off from school and am working with an environmental consultation firm. Though it’s not a field I intend to stay in long-term, I’m learning a huge amount there. I am focusing on project management, and am developing all sorts of skills including teamwork, managing timelines, deliverables, and budgets. I started working there as a summer job doing admin work right out of high school, and went back two more summers, and this year I have joined them on a full-time basis. It’s important to maintain good relationships wherever you work, including summer jobs — I can’t say I expected to keep going back there but it’s been great for me.

Linden: Any plans for graduate school and beyond?

Arlie: I am very excited to have been accepted into The Canadian College of Naturopathic Medicine’s four-year program.  Ontario is a great place to study and practise naturopathy. There are only two schools in this field in the entire country — one in Ontario and the other in British Columbia. This program is highly regarded, as it is highly evidence-based, and offers all of the major modalities of naturopathy. These include botanical medicine, Asian medicine, hydrotherapy, physical medicine, lifestyle counseling, and clinical nutrition. I’m leaning towards botanical medicine, and given my background in psychology, lifestyle counseling will be an important part of my practice. As we know, the body/brain connection is very important and I feel it’s essential to learn how they affect each other. What I also like about the Canadian College of Naturopathic Medicine is that their fourth year includes an extensive practicum with the Robert Schad Naturopathic Clinic.

Ontario has very good laws regulating the practice of naturopathy so you can trust your naturopathic doctor. And these laws are changing, which means that hopefully by the time I graduate, I will be able to use the title “Doctor,” which naturopaths in Ontario currently cannot.

Arlie: High school was the best time for me. I loved classics and drama. The Classics Conference was the highlight of my year for four years. I spent so many hours working on the school display and fashion show, and had so much fun participating in the academic competitions as well.

Before 2010, when I was in Grade 11, Linden’s drama club had never put on a full-length play. Two of my best friends, Alannah Bloch and Noa Katz, and I convinced Jenn, the drama teacher at the time, to produce Peter Pan. I played Wendy. I was highly involved in every aspect of the production and it was one of the best experiences of my years at Linden. Alannah and Noa are now both pursuing theatre professionally, so you can see how important that experience was to all of us.

Linden: Do you have any advice for current Linden students?

Arlie: Get involved in extra-curricular activities; I mentioned classics and drama, but go with whatever interests you, or start a club if there’s something you want to explore. Linden’s sports policy is so unique because we have no tryouts. I know people who would have been too intimidated to go near the sports fields in a larger school, and at Linden they loved sports and became great athletes! I encourage everyone to join our sports teams!

Also, never stop complaining about Science Fair (it’s a Linden tradition), but do understand that it’s doing great things for you. Staying up until 4am gluing pictures to a board may seem like a waste of your time, but I learned so much from Science Fair that helped me in university.

Linden: Any advice for parents?

Arlie: Get to know the teachers, and trust them because they spend a lot of one-on-one time with your kid, and if they are telling you something about your child, it’s probably something you should pay attention to.