A Tribute to a Great Teacher: Anne Nenarokoff-Van Burek 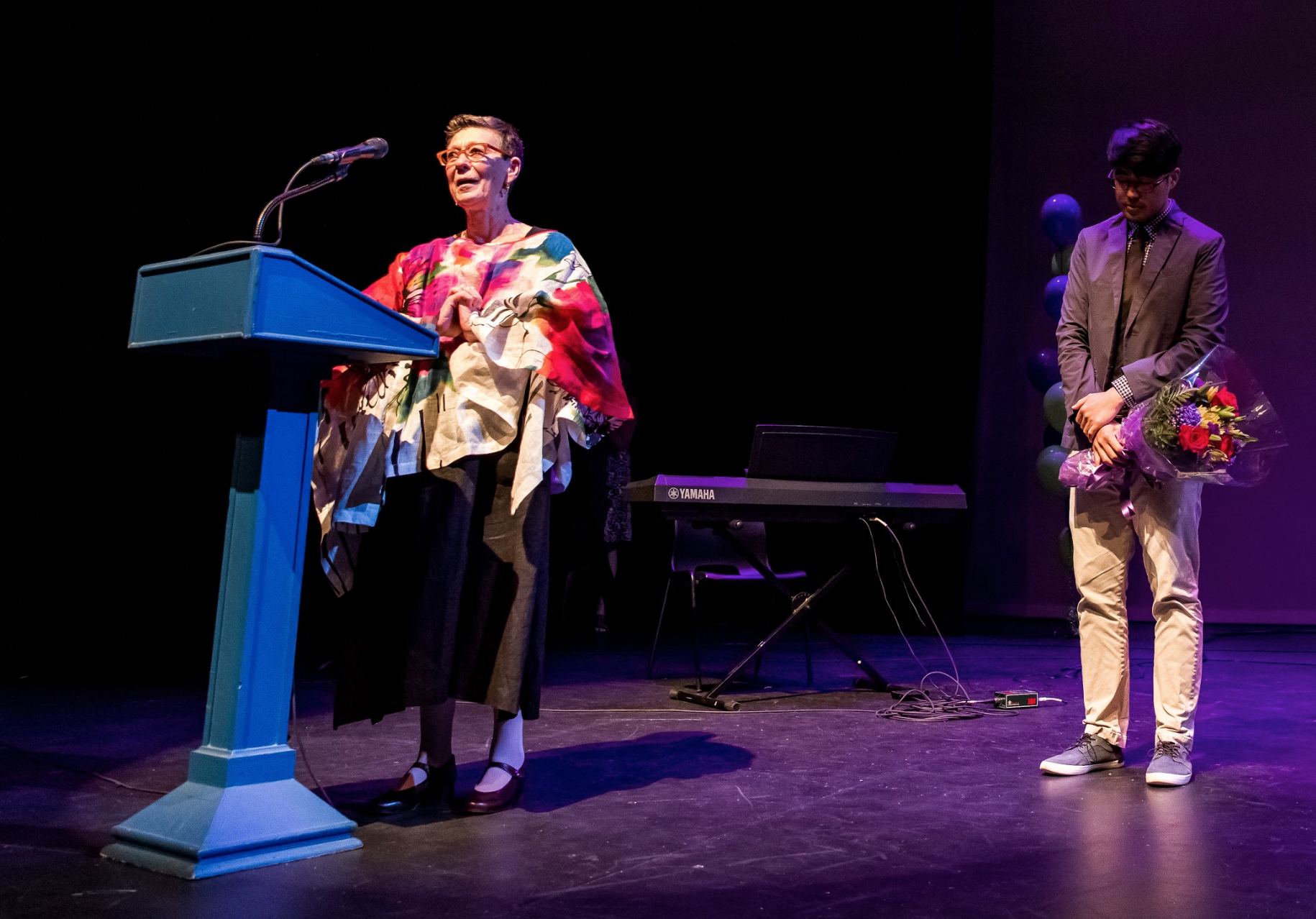 French teacher Anne Nenarokoff-Van Burek accepting our tribute in her honour at the annual Celebration to Greet the Summer event on June 21, 2018.

We are sad to announce the retirement of beloved French teacher Anne Nenarokoff-Van Burek. Anne started teaching French at Linden in September 1999. During these wonderful 19 years, Anne brought richness and depth to the study of the French language at Linden. Thanks to her skilled instruction, students acquired a sophisticated use of the language and an in-depth understanding of French culture. Anne also excelled at providing enrichment opportunities for advanced French speakers, including support for Linden French drama productions.

Anne began her career as a teacher and journalist before devoting her time to writing television scripts for adult and young audiences for TVO/ TFO and Télé-Québec, and plays for Théâtre français de Toronto and Pleiades Theatre. Anne is a published writer and poet. Her autobiographical book, Ariadne’s Thread: The Women in My Family, was published in 2012. It is a remarkable story of the women in Anne’s family who escaped to France during the 1917 revolution. Once in France, Anne says, “they had to adapt to a life radically different from what they had known. When their world collapsed, they could either collapse with it, or reinvent themselves.”

Thank you, Anne, for your many gifts and contributions to Linden! It has been a privilege having you with us, and we will miss you very much. 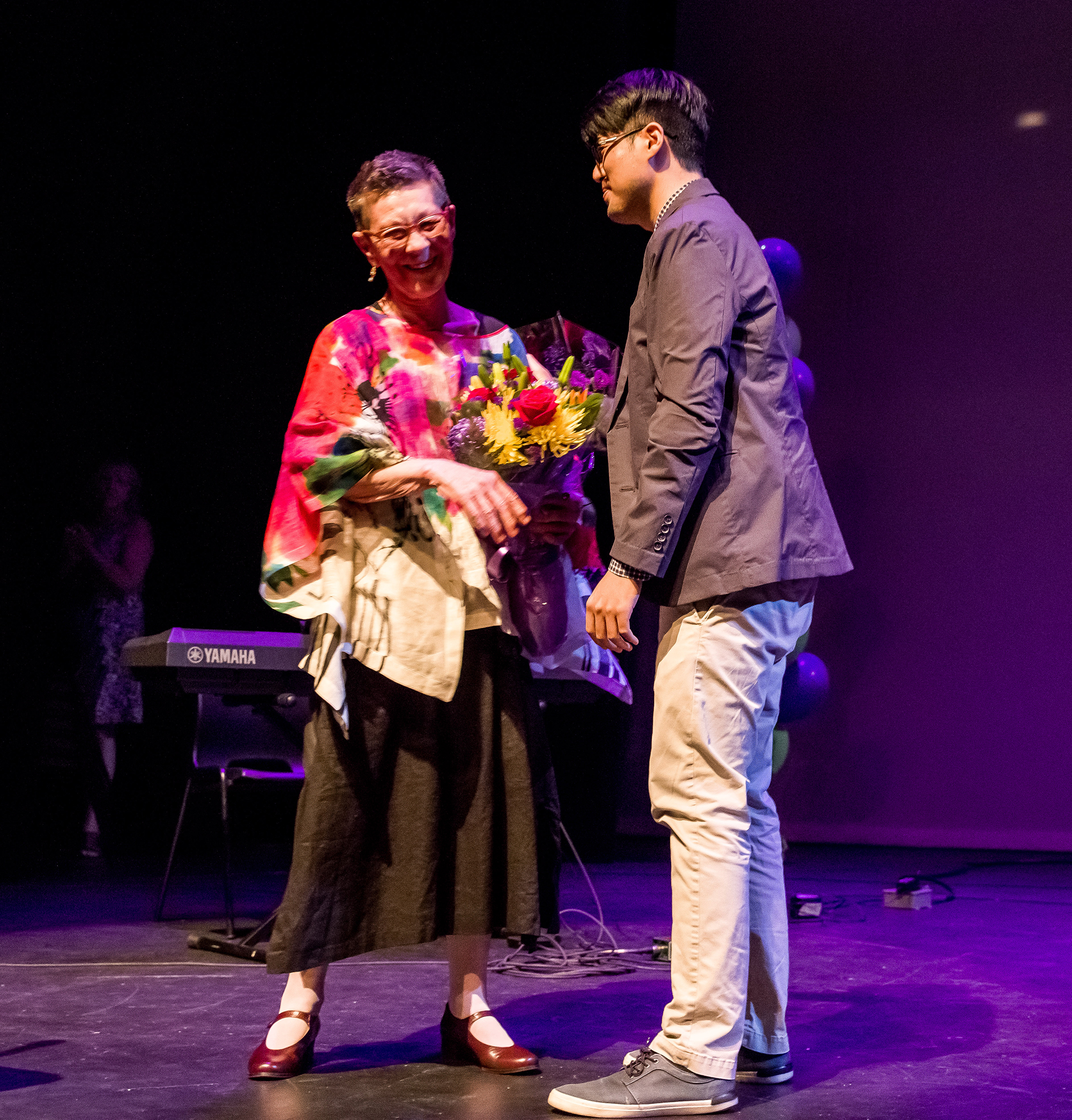 “Anne’s love for language and learning extended beyond the classroom into the theatre, writing, and life. She graced me with the kindness of always speaking in French when we saw each other knowing that, though my French is not fully fluent, it would exercise my brain. What a gift! I miss our many conversations about je ne sais quoi. Her generosity extended to the gift of her book—in both French and English. The book is beautiful. I just wish I had read it sooner as it gave me so much insight into her fascinating life and brilliant career. We would have had even more to discuss en français.” —Janice Gladstone, Principal

“Anne was passionate about helping her students learn French. She was helpful, patient, and kind, and my progress the year she taught me was significant. Even when Anne was no longer my teacher, she never failed to smile, say hello, and ask how I was doing when we crossed paths in the halls of Linden. To this day when I visit Linden and run into Anne, she not only remembers me, but always takes the time to ask how I am.” —Jessica Rochman-Fowler, Class of 2005

“A wonderful French teacher. Honest and unique. I truly enjoyed my time in her class.” —Lindsay Fox-Revett, Class of 2009

“She showed tremendous care and support for myself and all of her students. You feared to let her down as a teacher because of the passion she showed every single day, in every class and every interaction with both students and faculty.” —Monica Geary, Class of 2012

“I always looked forward to her classes because she was so funny and engaging with her students. I miss her and her wonderfully quirky ways!” —Elizabeth Bucci, Class of 2012

“Anne is an amazing teacher. Her sweet support and encouragement was never-ending. She is a unique person with an incredible sense of style and presence that influenced many of her students to pursue their own individuality. Anne embodied her passion for social change and justice by inspiring her students to critically analyze the world around them.” —Grace Howard, Class of 2013

“I always admired her style and elegance. A very dignified woman overall. HER ORANGE TIGHTS! And finally, teaching us not only the French language but also how to properly appreciate French culture!” —Emily Ernszt, Class of 2013

“She is such an incredible teacher who truly knows how to ingrain French into her students’ minds. Her artistic approach to learning French through plays, comics, movies that brought forth important themes and topics will forever be remembered by her students. Anne, you are amazing.” —Natasha Poley, Class of 2015

“Anne didn’t just teach me French. She fostered an appreciation and enjoyment of French culture and art. Anne helps you see the good in life and she brightened the whole Linden community.” —Samantha Peng, Class of 2017 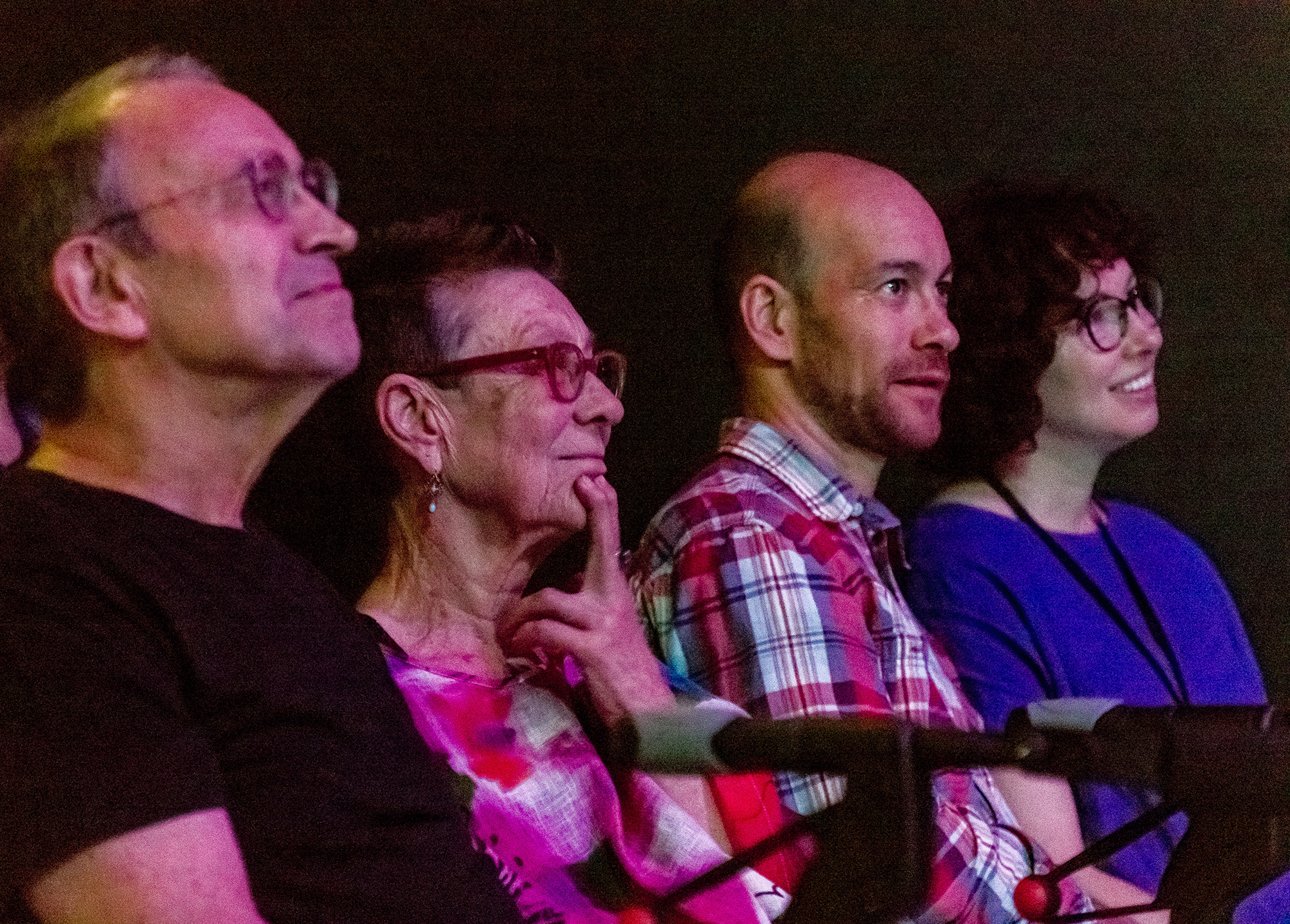 Anne and her family watching our tribute presentation.