A Conversation with Thandiwe Konguavi, Class of 2005 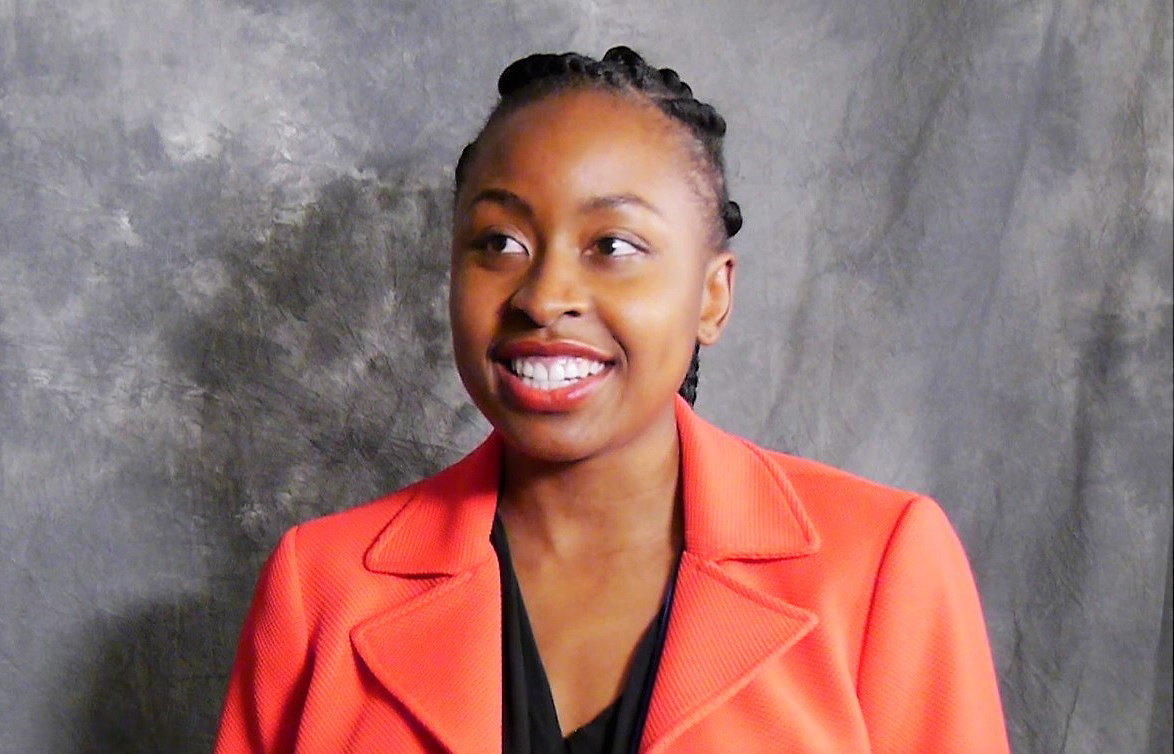 Thandiwe Konguavi (known as Tandi), pictured below with her family, joined Linden in Grade 10 and graduated in Grade 12. She recently spoke with us about her accomplishments in the realm of digital news media, and reminisced about the circumstances that led her to Linden in the first place. The Linden School is immensely proud of Tandi’s career achievements and her commitment to raising awareness about racial stereotyping and social justice in Canada. Follow Tandi @ThandiKonguavi to keep up with the news stories she covers.

We are also proud of our bursary program that benefits 20% of our students, promotes equity and diversity at our school, and enriches our student population. 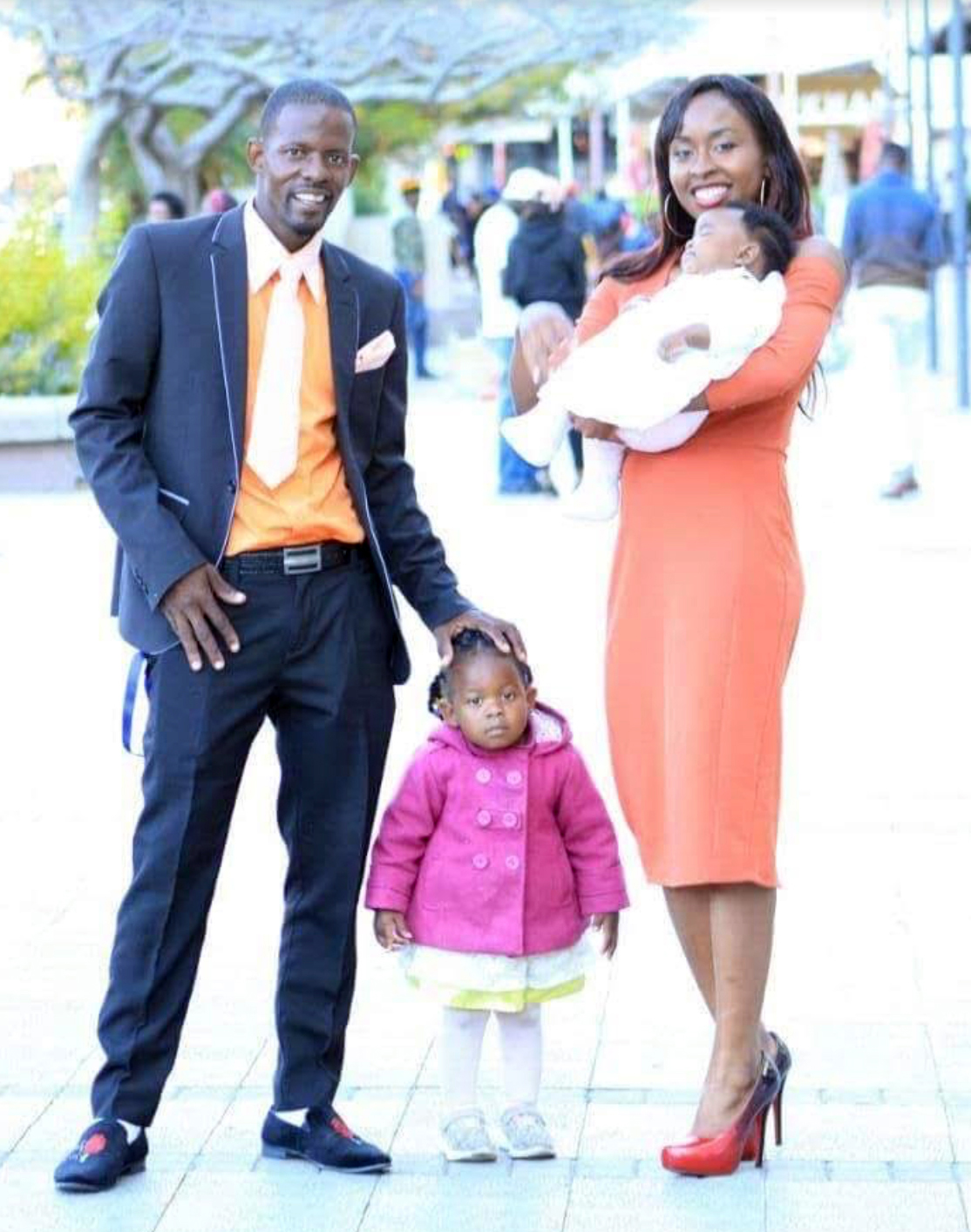 Linden: Tell us how you discovered Linden, as well as your potential in STEM subjects.

Tandi: When I started high school in the TDSB system, even though I was an excellent student in junior high, I found myself being streamed by the school administration into taking applied courses that were meant for high school students unable to attend university. This was even more ironic because both of my parents were university educated and my father had acquired his masters from the University of Toronto (U of T) after we came to Canada from Zimbabwe.

My self-esteem had taken a hit seeing there were students, who had received the same education as I had up to Grade 8, who were being encouraged to take academic courses simply because they happened to be a different race.

That's when I met Adrian Harewood, who is now an anchor for CBC Ottawa. At that time, he was volunteering with Black students at my high school because many of us were being pushed into the applied stream. He encouraged me not to give up by joining the applied stream, and he has been a mentor to me to this day.

At this time, the Linden School had also initiated a student recruitment outreach program with my high school. My guidance counsellor Ms. Eva Bullen connected me to Linden because she saw my potential. I was also facing severe bullying at my high school and would benefit from joining a new school.

Ms. Bullen helped me secure a bursary at Linden, where I discovered my favourite classes were Physics and Chemistry — subjects I would not have been able to take in the applied stream at my old high school. I aced all of my tests and graduated from Linden with an 86 percent average in all academic courses.

Tandi: My favourite memory of Linden is our math classes with Nasrin. She made learning calculus fun and my whole class loved the challenges of math. I miss learning new formulas and the sense of wonder and potential I shared with our tight-knit class. It was at Linden that I learned I could excel in my studies and future career.

Linden: Tell us about your undergraduate/graduate school choices and major areas of study.

Tandi: Media and news has always been a passion of mine so when I was graduating from Linden I was excited to be part of one of the first classes accepted into the University of Toronto (U of T) Scarborough's joint journalism program with Centennial College.

At U of T, I majored in journalism and minored in drama. I also worked for the U of T Varsity Blues as a writer while also competing at a high level on the track and field team. I was one of the top 10 fastest 60-metres runners in U of T history and received a Silver T award for academic and athletic excellence.

Before graduating, I got my newsroom start at the Toronto Star as a radio room reporter/editorial assistant. I also went on to do internships at the Globe and Mail, Edmonton Journal, Yellowknifer newspaper in the Northwest Territories and the Herald in Zimbabwe.

Linden: Were there any challenges that you had to overcome along the way?

Tandi: One of the greatest challenges I have had to overcome in my life is racial prejudice. I grew up going to Jesse Ketchum, a multicultural school in a wealthy area of downtown Toronto. My friends were white, Black, Jewish, Chinese, and new immigrants from all over the world. We were treated as equals and our teachers were also diverse and opened our eyes to racist media outlets and social justice issues.

However, when I got to high school I saw students who were in the same school as me being placed in academic classes while Black students were streamed into applied courses. Teachers at my brother's high school used a chart that rated student performance by race, openly saying that certain races were smarter than others. Because of racial stereotyping, I faced barriers and limitations that I was finally able to overcome at Linden.

Tandi: Being exposed to news media in primary school and seeing how sexist and racist publications could influence society and public opinion so powerfully made me want to have a voice in the news realm.

Linden: What’s keeping you busy at present? What are your hopes for the future?

Tandi: After I graduated from university, I went on to be a business editor at Northern News Services in Yellowknife for two years, and have also done a considerable amount of freelance work. In 2014, I moved to Edmonton and worked for the Western Catholic Reporter newspaper before being chosen as part of a team that would take our reporting onto the digital platform I now write for, called Grandin Media. In addition to news reporting, I also host video content, and at the moment, I am working on a national feature on diversity and segregation in Canada's major media, police, academic, and justice institutions.

Linden: What type of news stories have you been covering?

Tandi: I have covered a number of topics, ranging from faith-based communities, business, and social justice issues.

Linden: Can you comment more about the declining role of the news media’s coverage of “real” issues?

Tandi: There has been a decline in media coverage of polarizing issues, especially when it comes to covering social justice issues such as racism. News outlets don’t have the funding to cover and report on these important topics. The Canada we value, with its tenets of tolerance, diversity, and giving marginalized people a voice, must be upheld.

Linden: Do you have any advice for Linden students who might be interested in following a similar career path?

Tandi: My advice would be to always remember why you got into the career path you're presently on. Your "why" will keep you focused, motivated, and will ensure that you make a difference in the world.