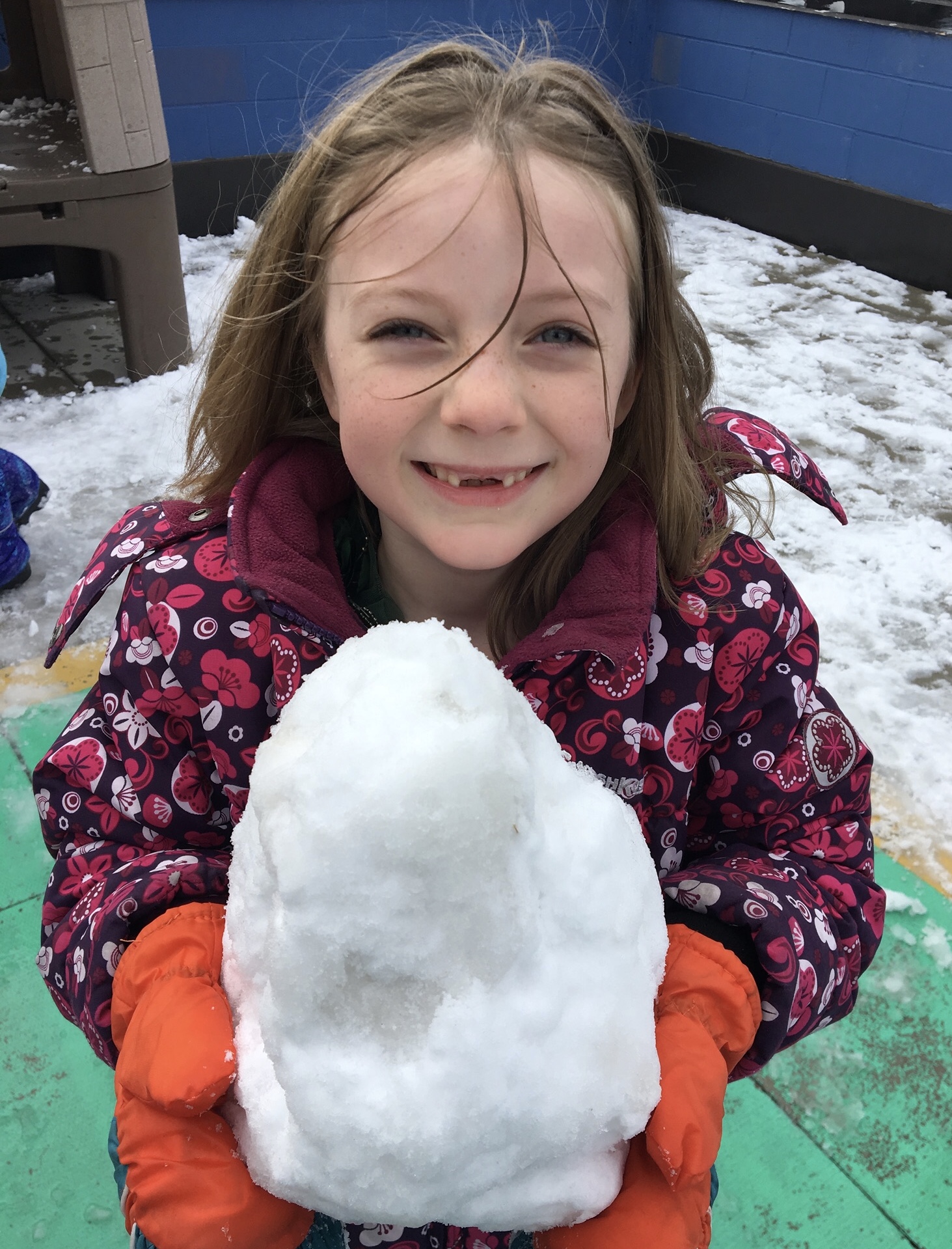 We enjoyed a short burst of spring this week before the snow returned on Friday and with it, lots of excitement and building. In CERES, students were starting to learn the fundamentals of coding. The Grade 1-2s have been moving through centres to understand that coding involves giving specific instructions to the subject in order to successfully reach a goal. We are also studying community in social studies and students have been brainstorming all the different roles and responsibilities of people in their community. Grade 1-2s had a tremendously successful week in spelling and were keen to share their successes on the blog. They also conducted some informal experiments in the school after being inspired by the Linden Science & Technology Fair. What a wonderful week! 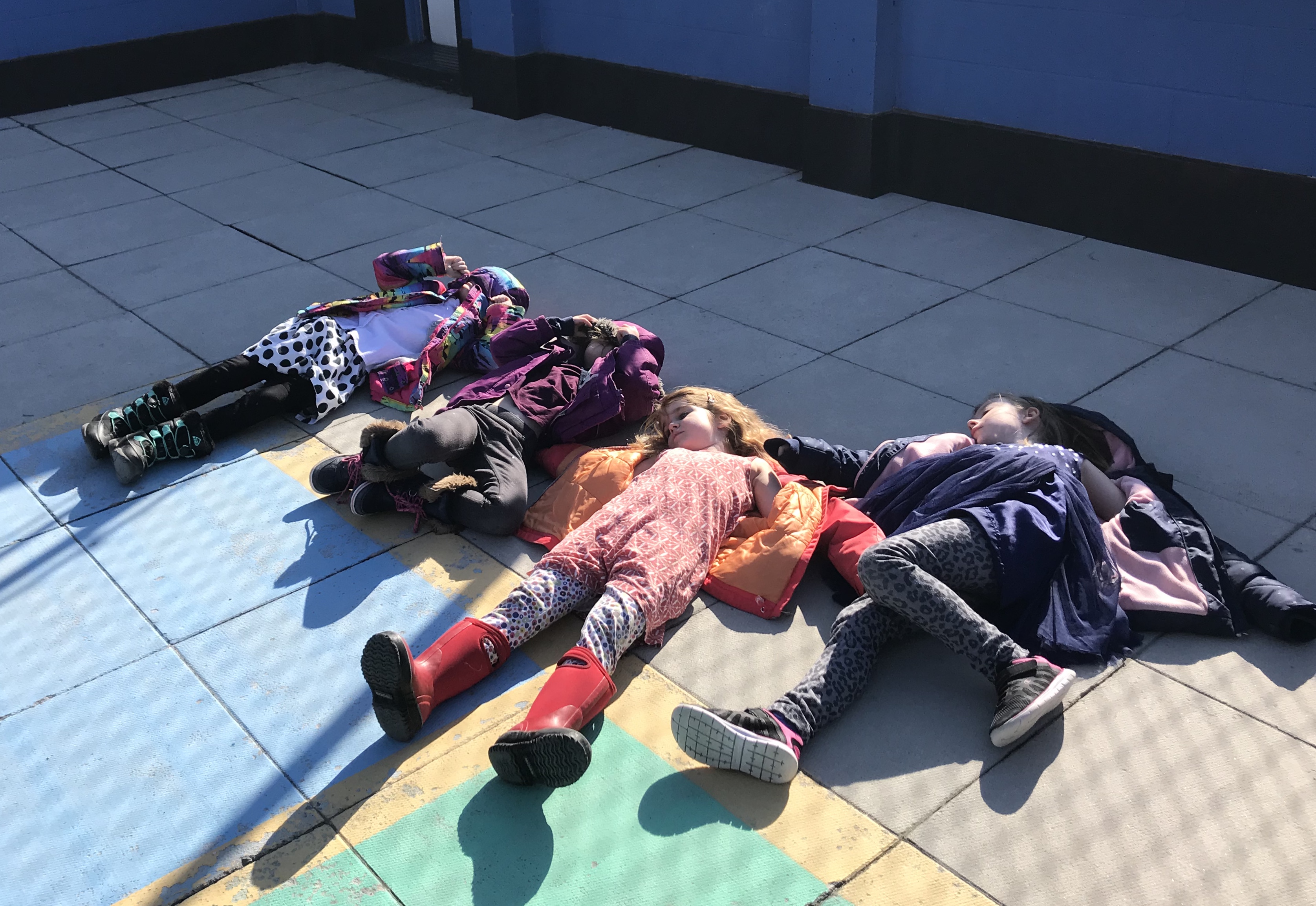 M: “S, G, G, and I were lying down on the roof on a very sunny day. We unzipped our coats because it was hot and we were pretending to be on a beach.” 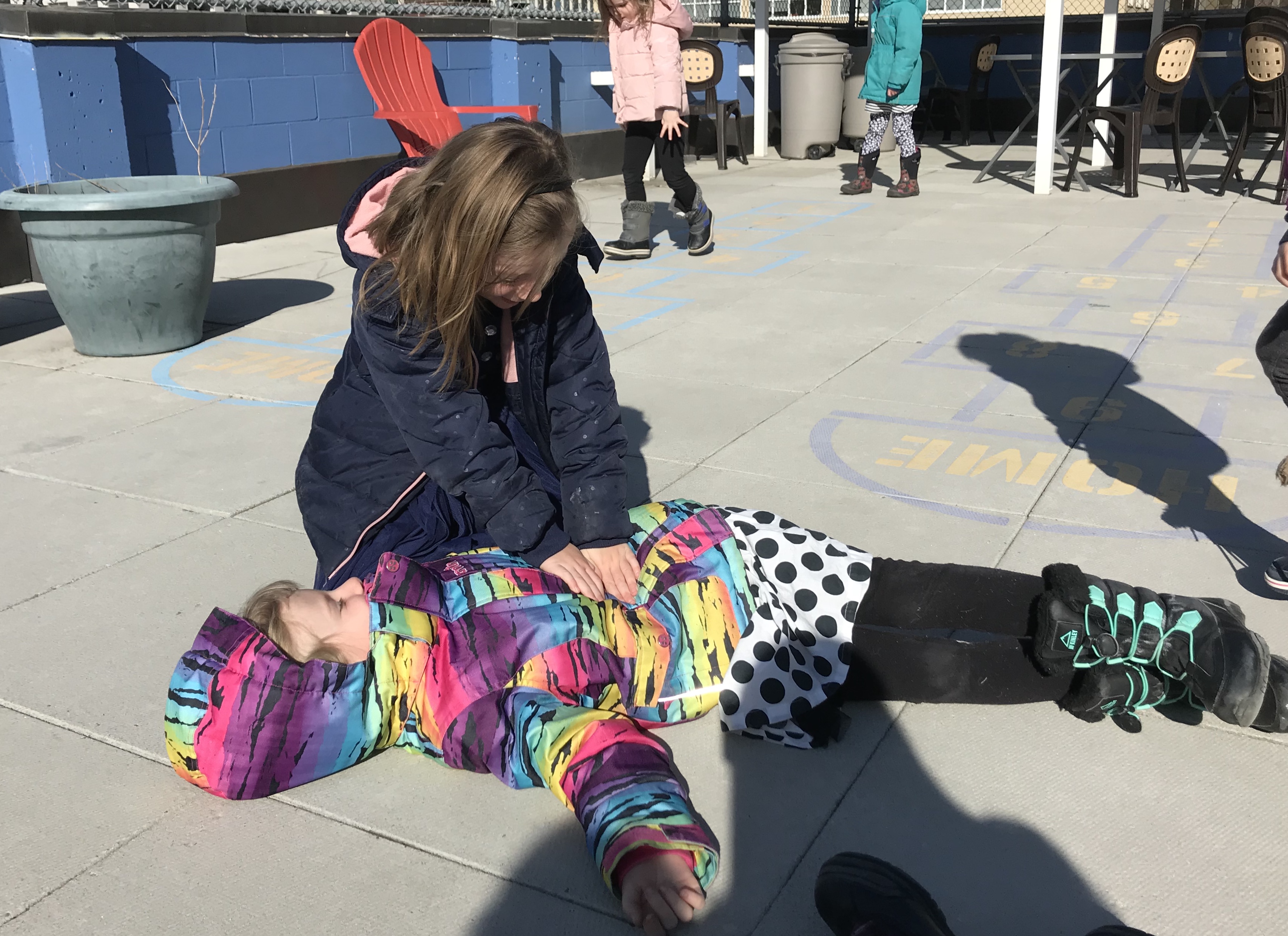 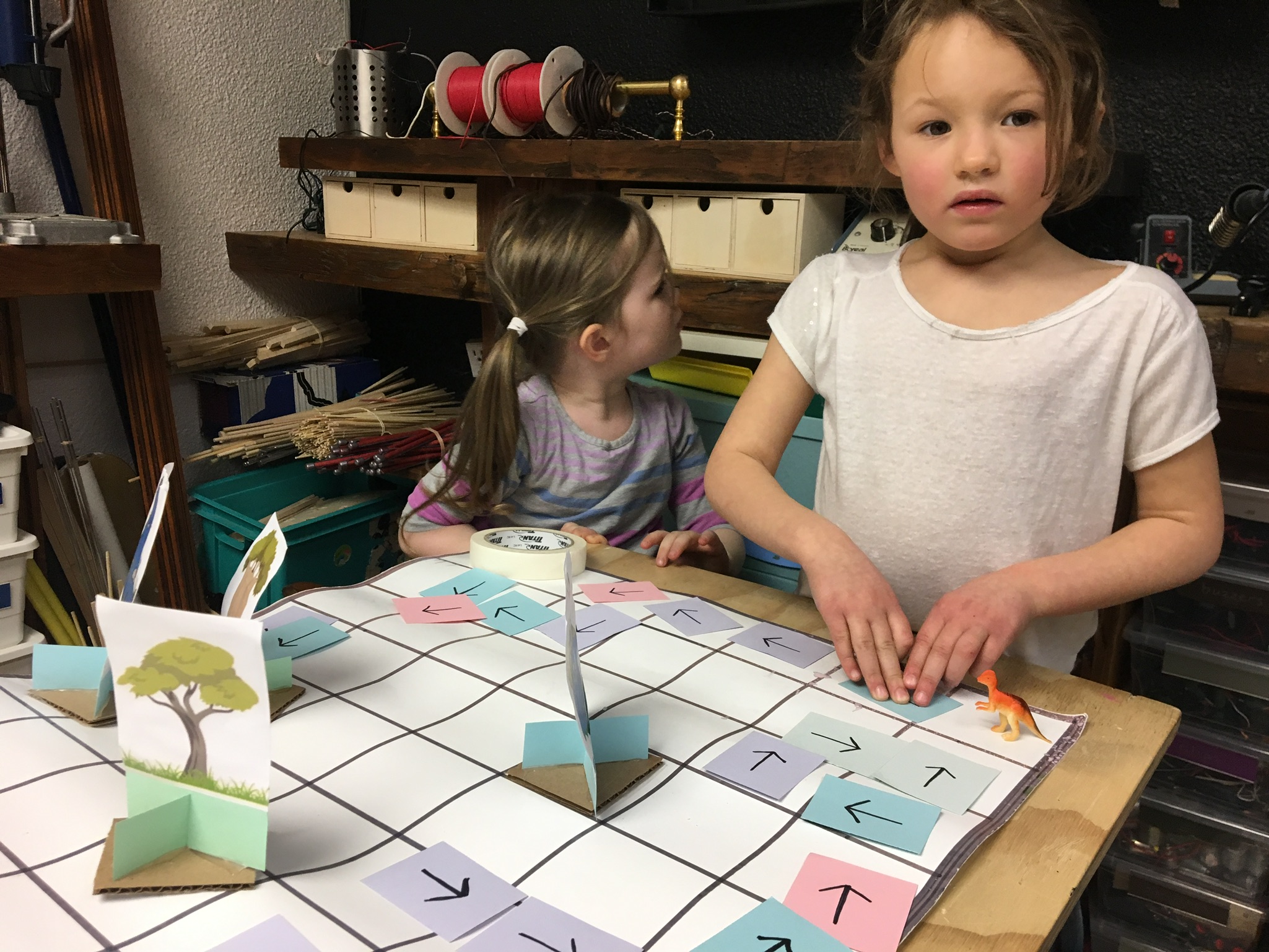 K: “Me and P were trying to get the pterodactyl to the dinosaur in CERES class. We were doing it with arrows because we were practicing how to make computer codes.” 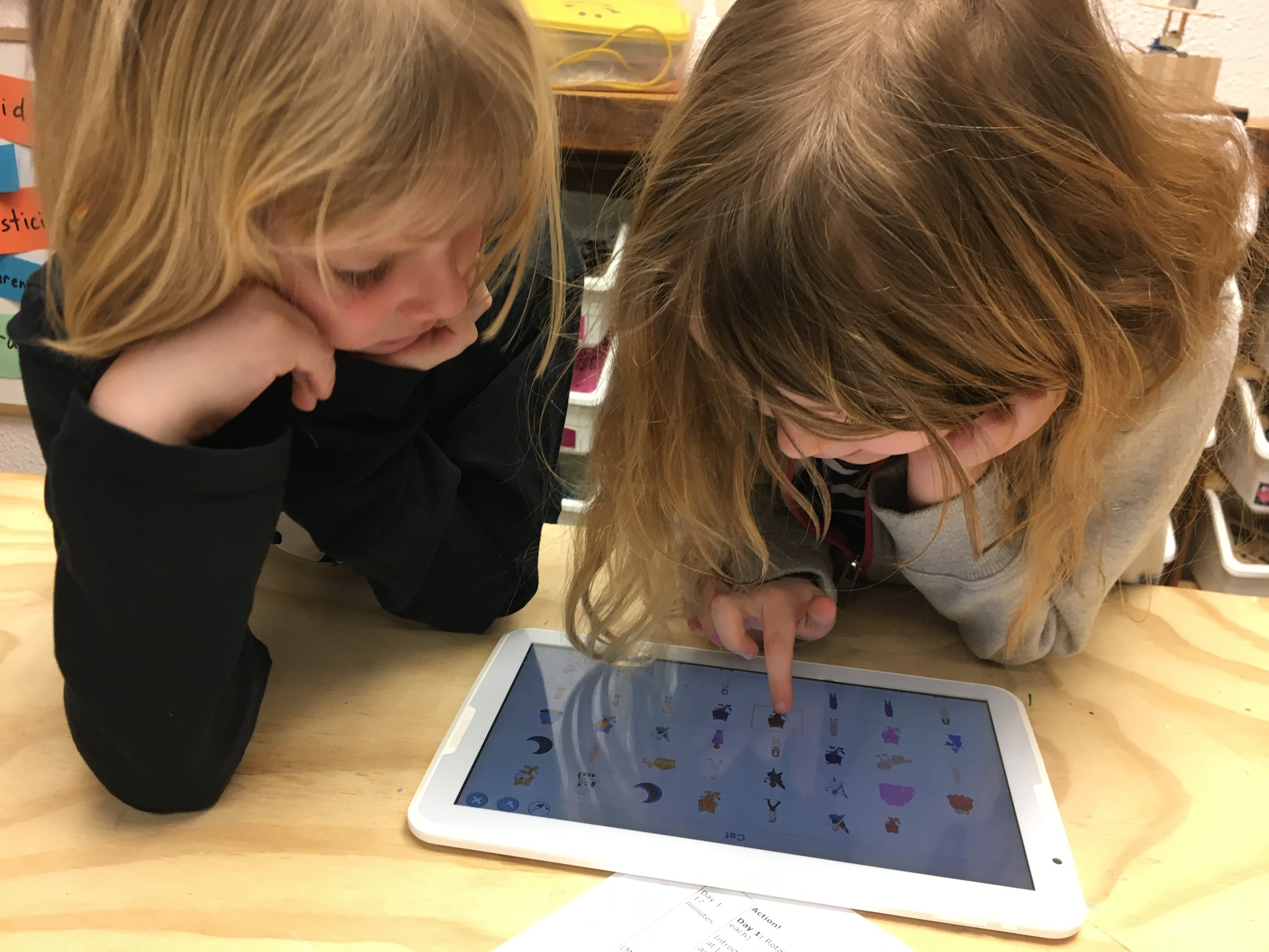 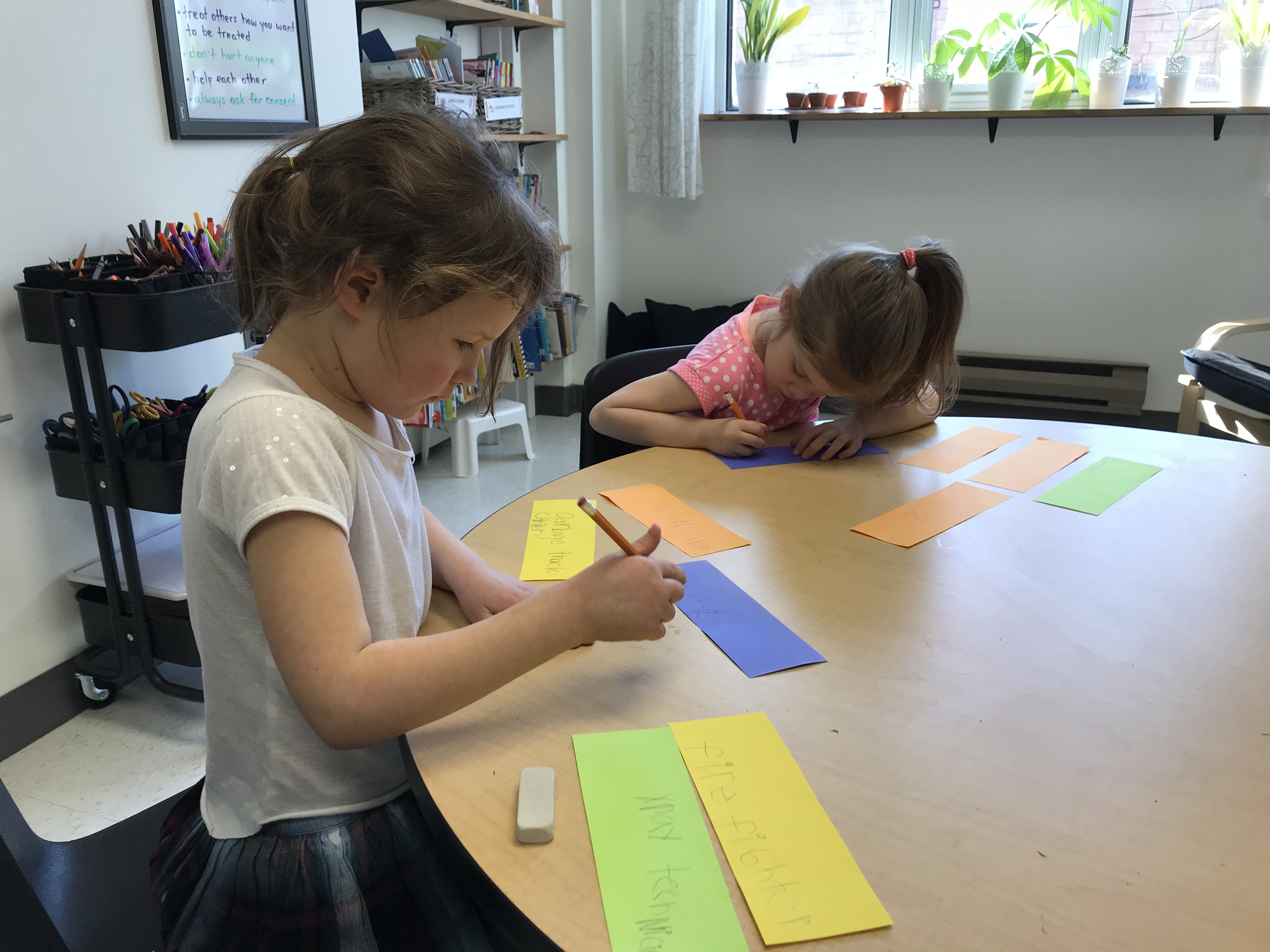 G: “Me and K were drawing pictures of different jobs in our community after we thought of the names of all the people. I drew the mayor and K drew a chef. We learned that our community was special to us because if we don’t have these kinds of people, things would be different and our community might change.” 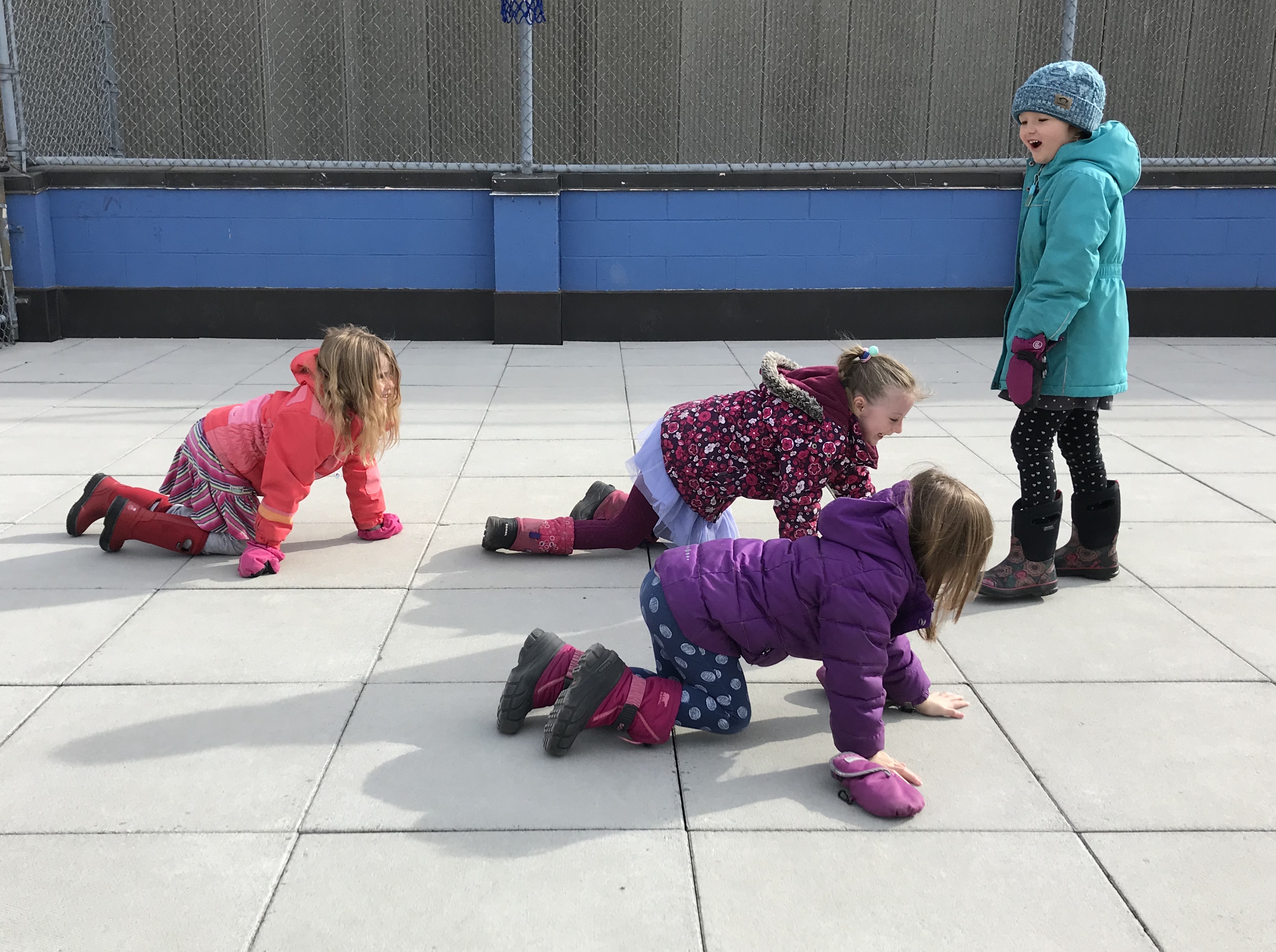 S: “K, A, M, and I were playing a game where we were cats and K was the owner. M pretended to be the baby cat from me and I was the mother. It was fun because I love cats and I like playing cats. It’s nice because before there was snow but now we can walk on the pavement.” 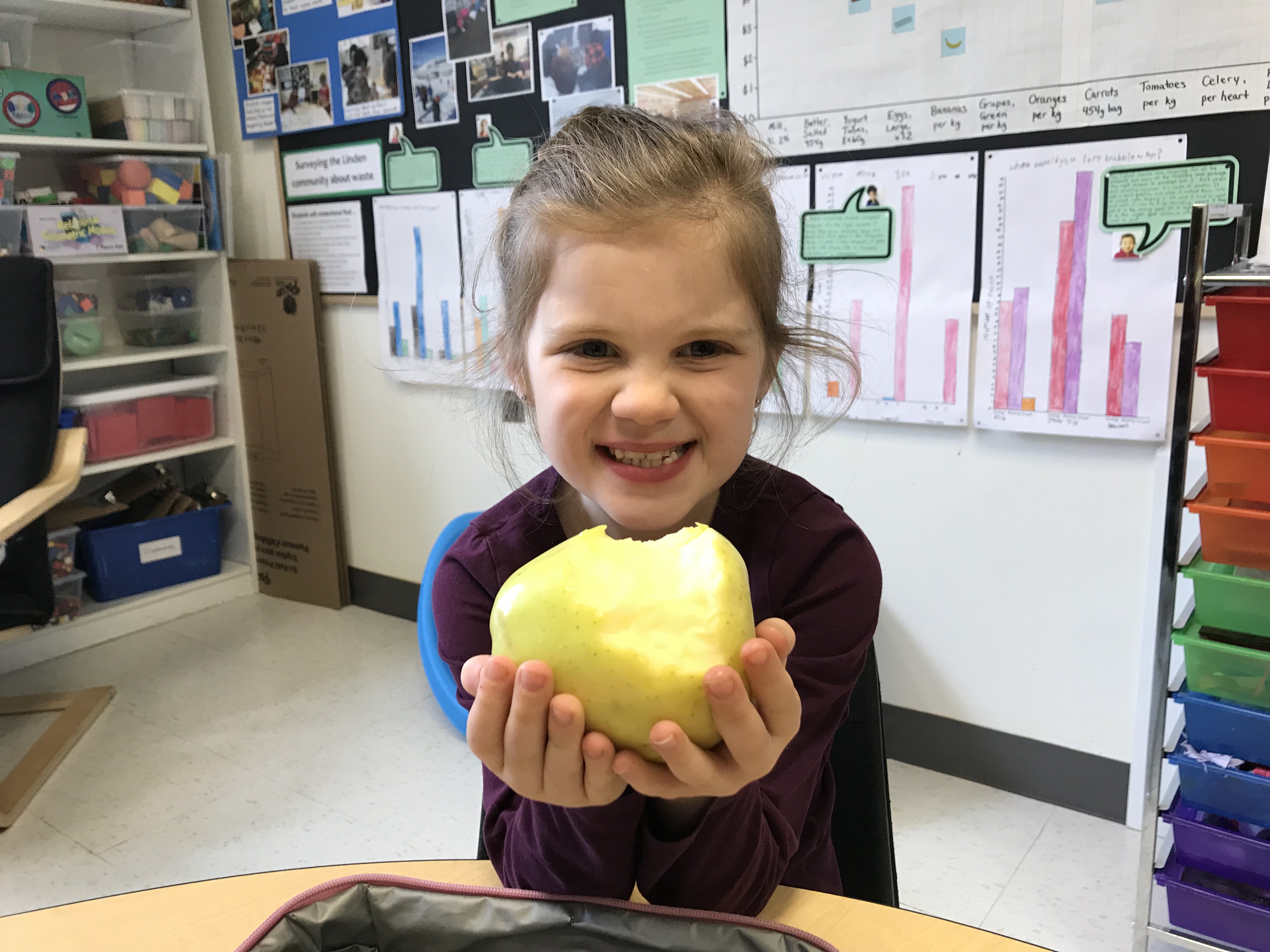 G: “This is my apple when I ate it. Soteira said that her baby is going to be the same size as my apple next week. I can’t wait to see her new baby soon because I’m really excited. Then I get to be a best friend with the baby.” 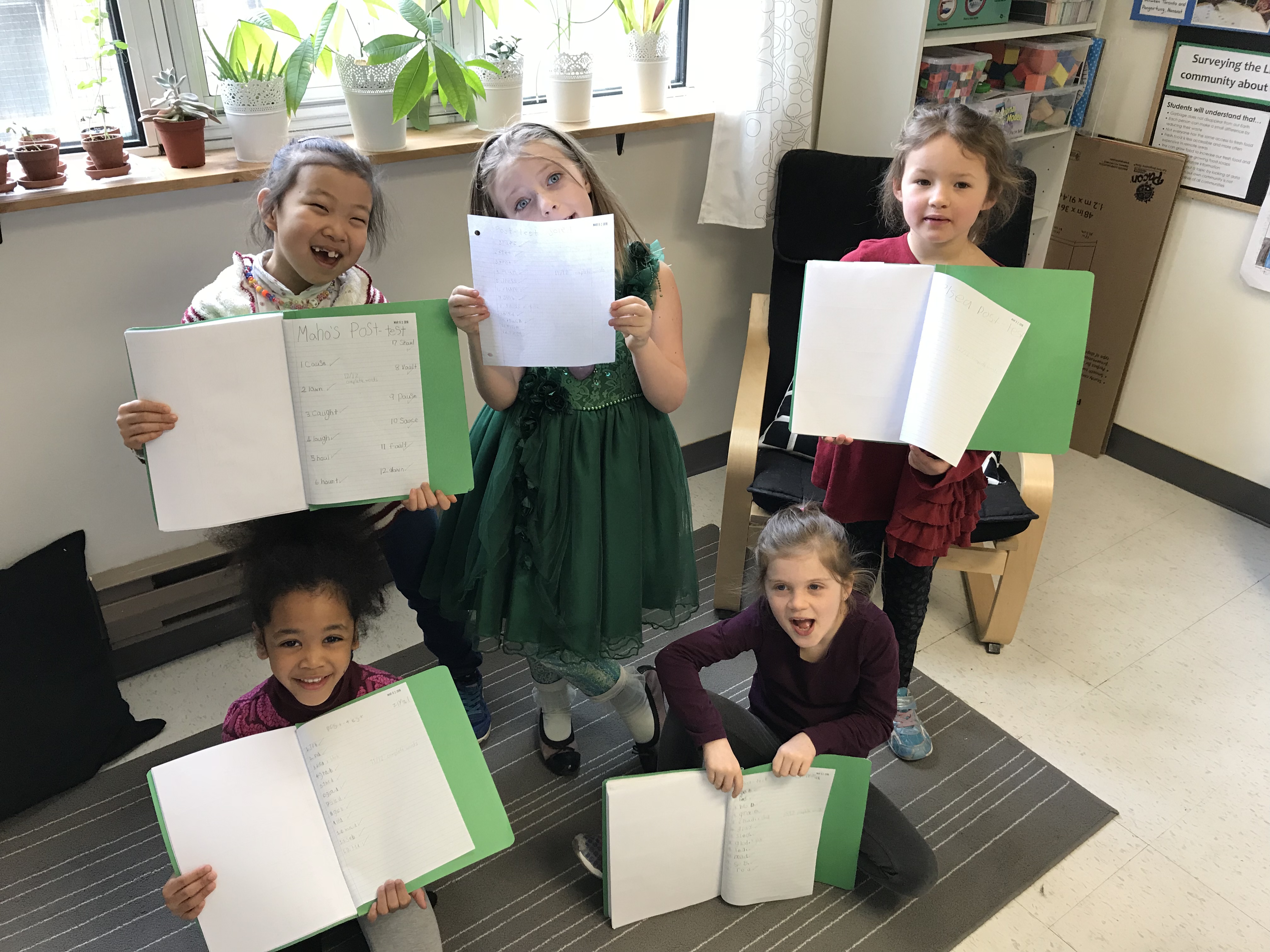 Z: “This is almost my whole class when we did our post-test with our spelling words. We did very well on our tests and we took a picture because we were feeling very proud. I think people did very well because they practiced their words at home and remembered them from their word sorts at school. I only made two mistakes on my post-test and it felt good.” 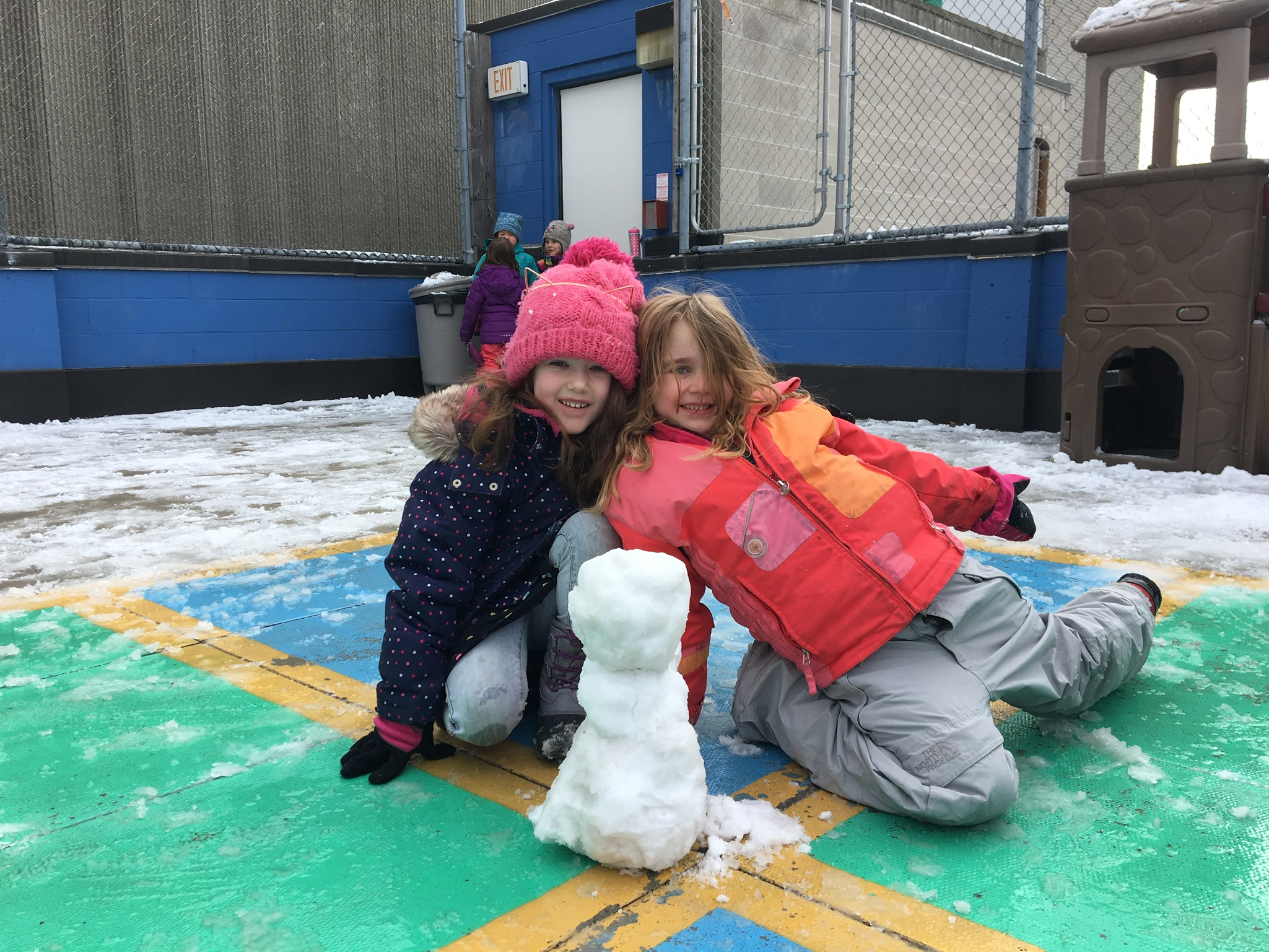 M: “Me and K made a snowman when there was snow at school. We tried rolling it really big to make the bottom but there was not much snow on the roof. K made the middle and someone else gave us the ball for the top.” 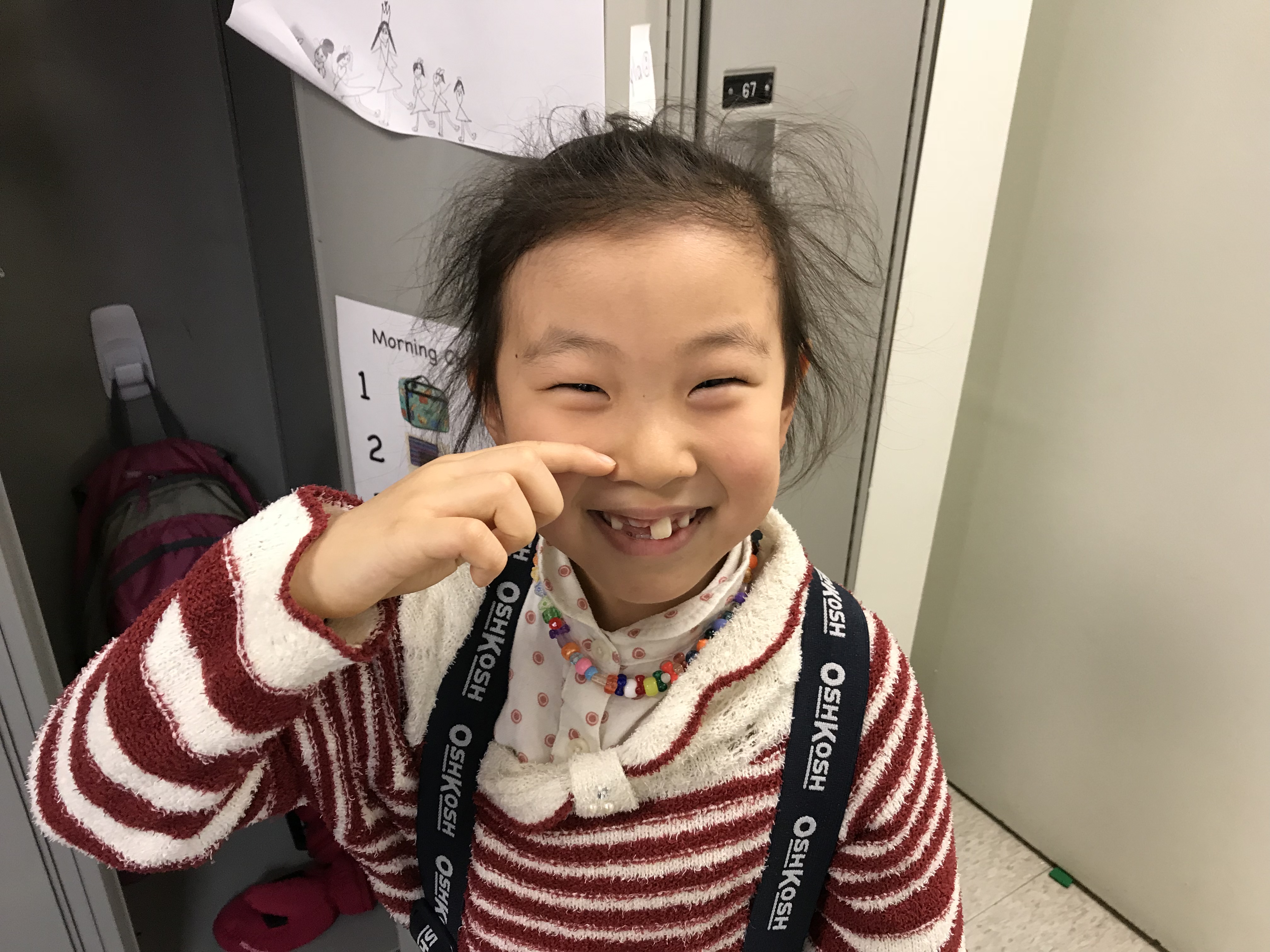 M: “My nose was hurting because it was dry. I tried an experiment that make my nose feel better because I didn’t have my cream. My hypothesis was that if I put water on it, it will feel better because the fountain water was cold and it’s like an ice pack that I don’t have to hold. My hypothesis was right because my nose felt better. It made me very happy because it really distracts me when my nose is sore.” 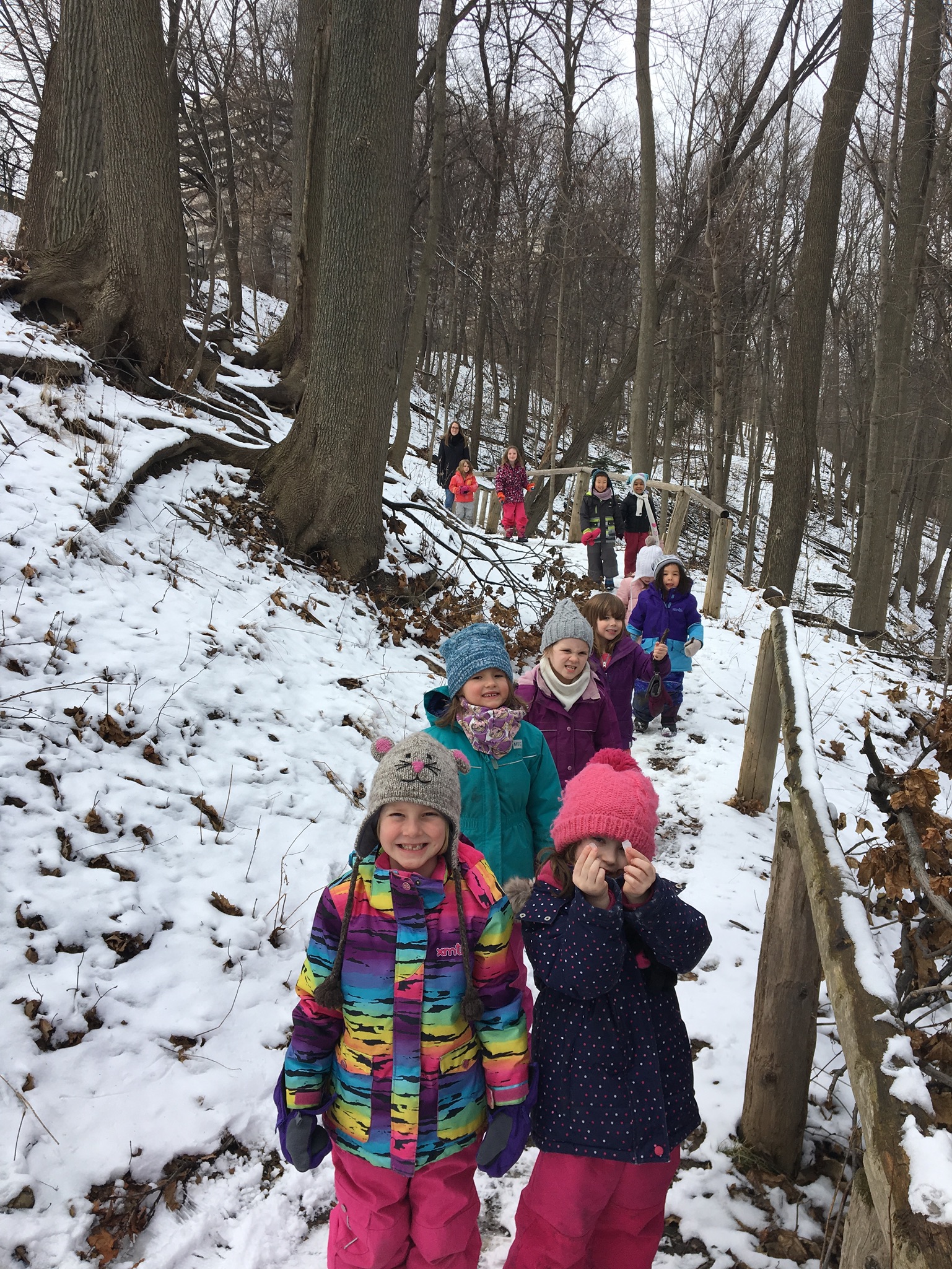 G: “Me and the entire class had a nature walk in the ravine. It was way down and up. Animals are hiding in the ravine right now. I was also looking for a stick and I couldn’t find one. I think maybe the dogs took them or animals that needed shelter.” 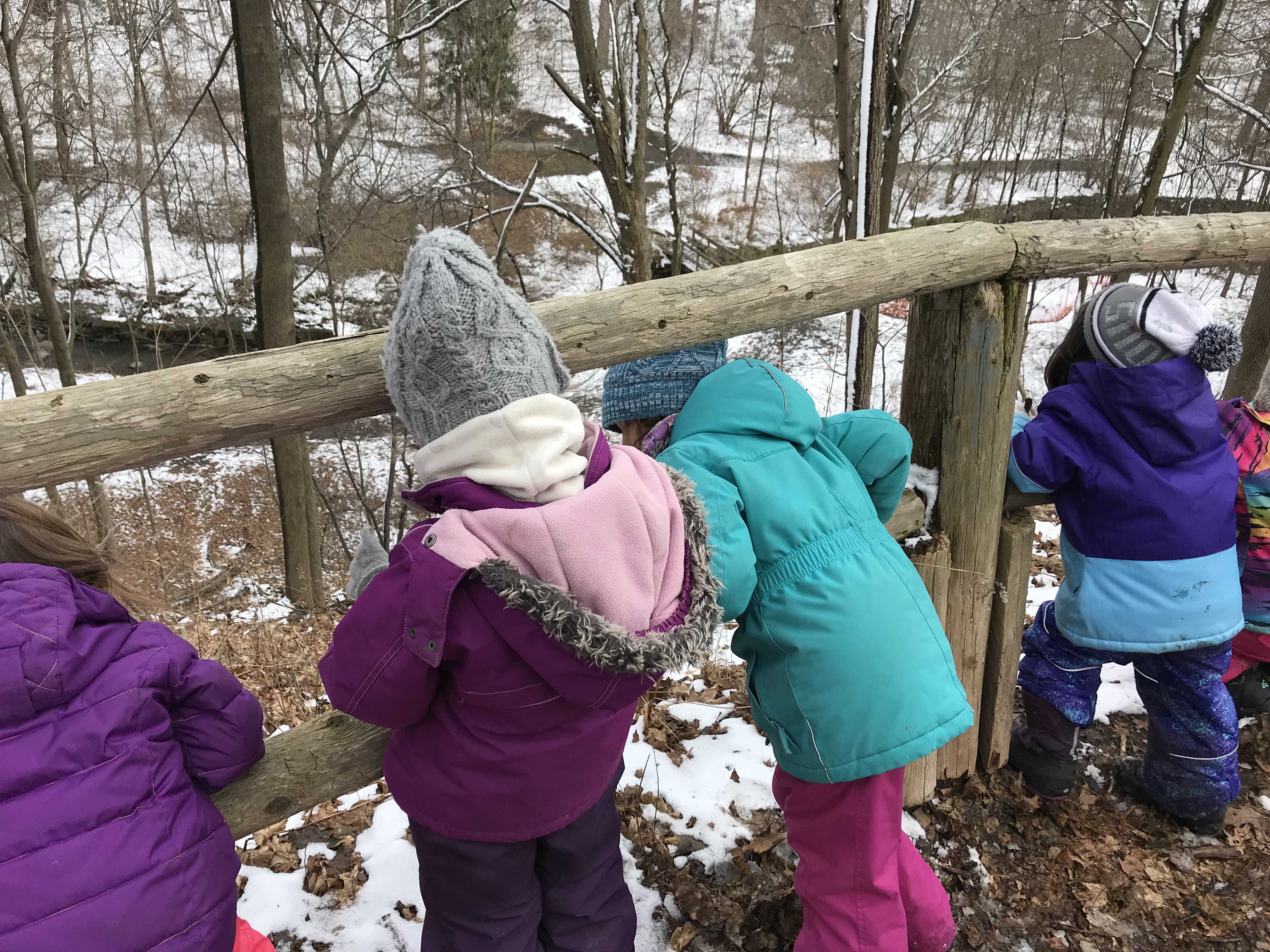 K: “I was looking down with my friend G in the ravine. The water was not frozen in the creek. I think it wasn’t frozen because the animals need to swim and also the weather is warmer. I am excited for when the flowers bloom in the ravine soon and the trees will have new leaves.” 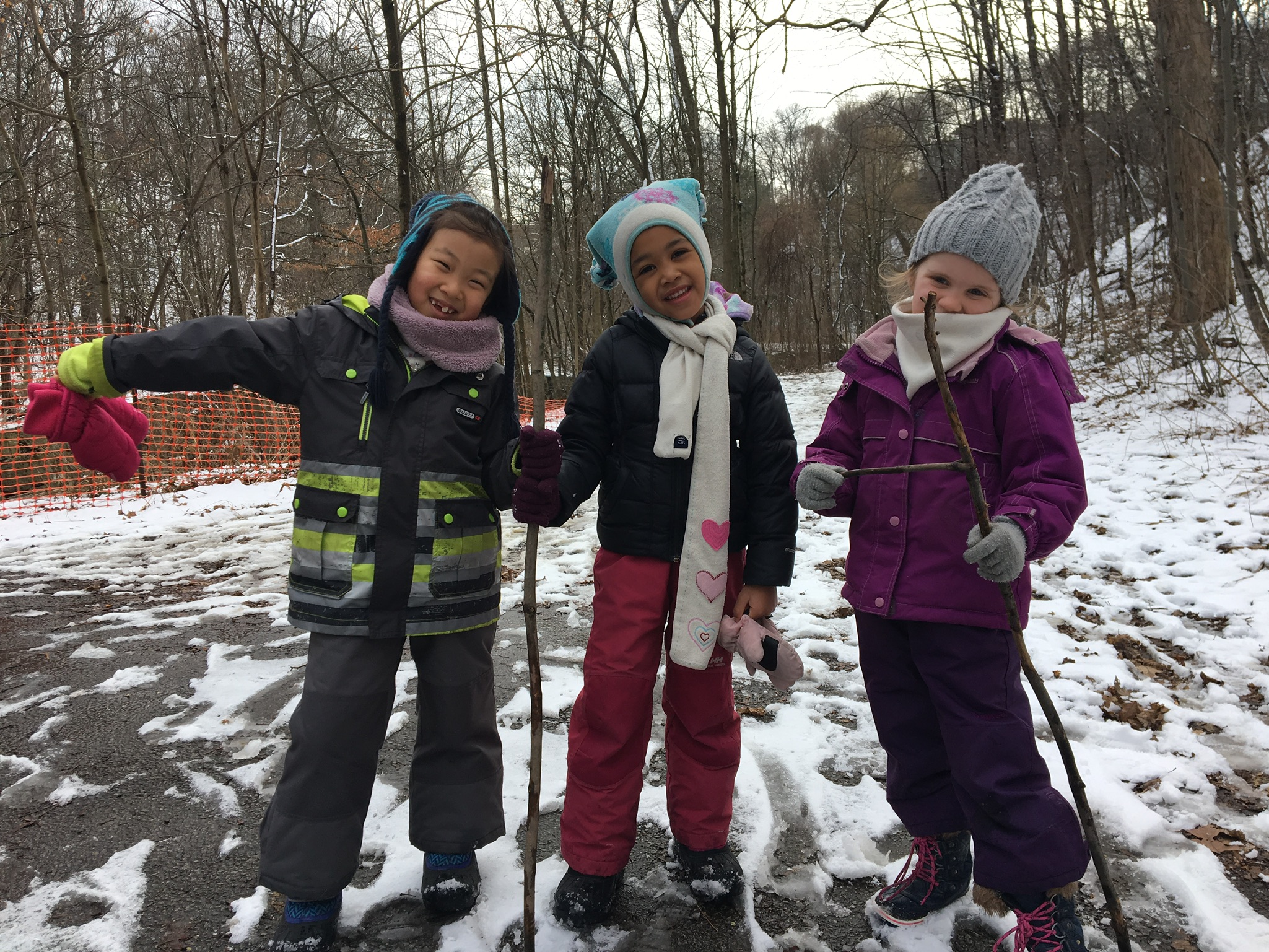 M: “Z, G, and I were walking together with sticks in the ravine. We got a stick because for me, there’s a lot of snow that makes me walk slower. The stick helps the snow not get around my boots so I could go really fast. My mittens were off because inside they were very very wet and I didn’t want my hands to get itchy so I hung them on my finger and swung them around to help the water evaporate.” 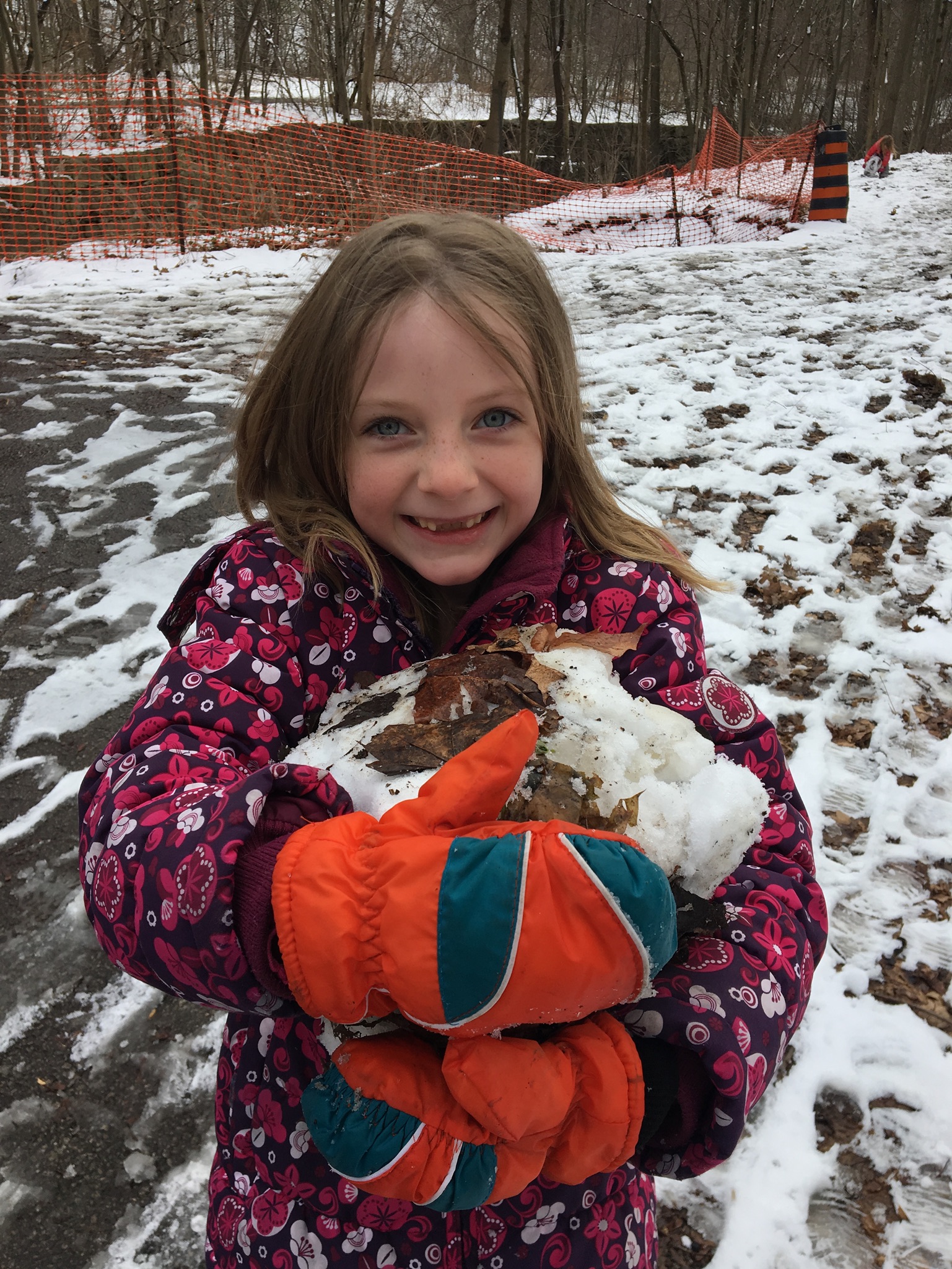 S: “Me and M were making snowballs and we made them so big that we had to throw them into the creek twice. It was fun to make snowballs and talk about how heavy and big they were.” 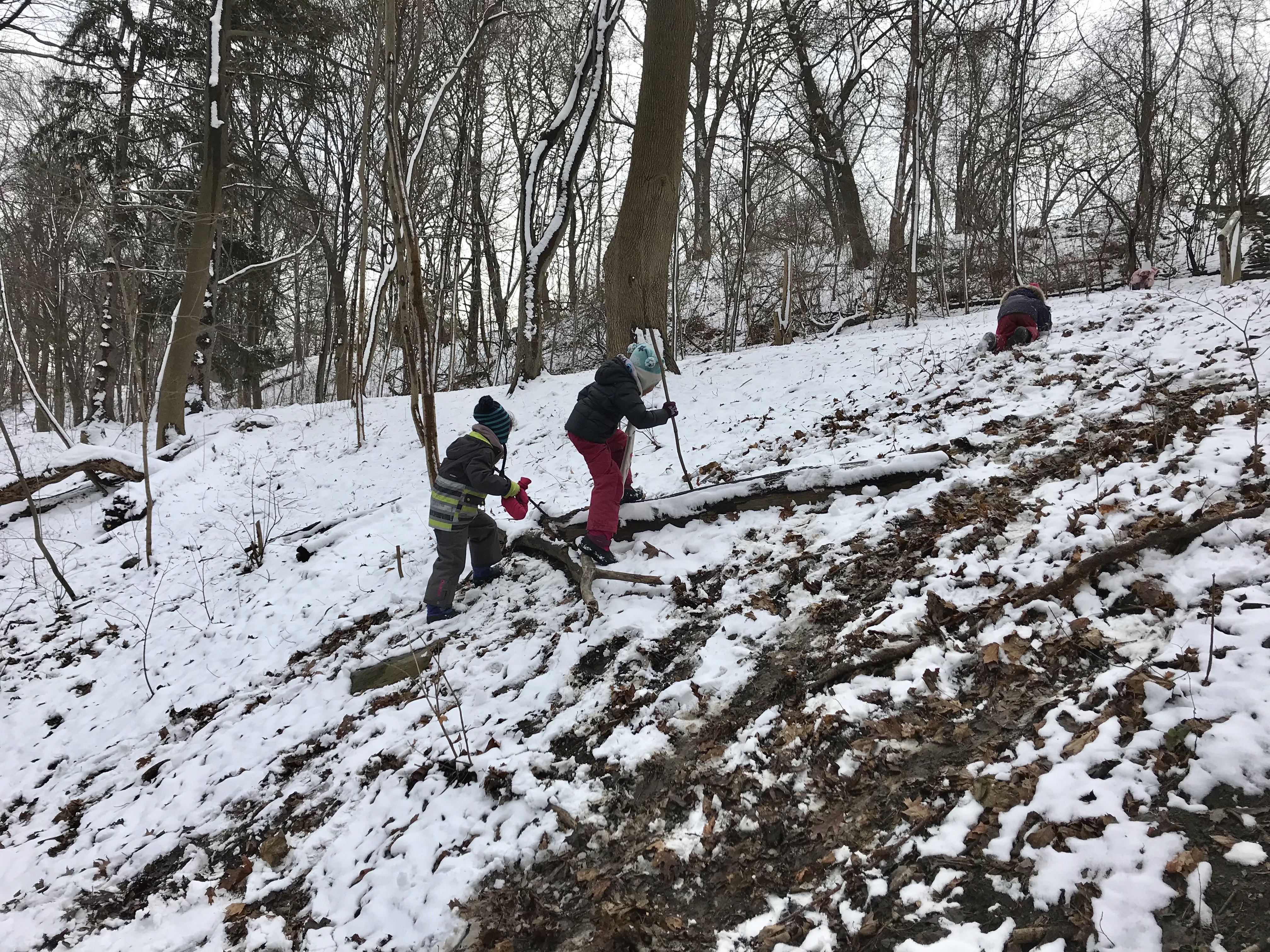 Z: “M and I were hiking on a hill in the ravine and we were using sticks because at the end of the ravine walk, M just found a stick. Then we climbed up the mountain and I stepped on a log. The log M was holding onto was wobbly and she was scared but she put her hand back on her stick to not fall. At the end, we ran down and it was like a slide.”